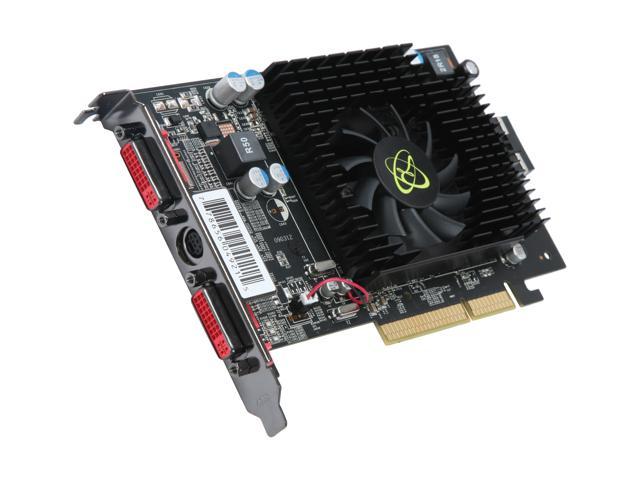 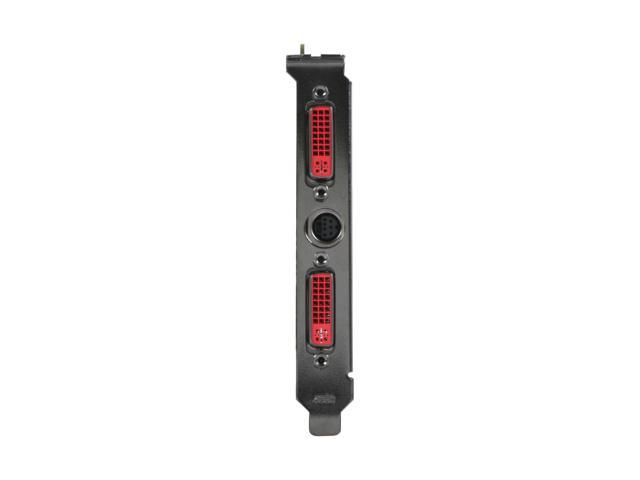 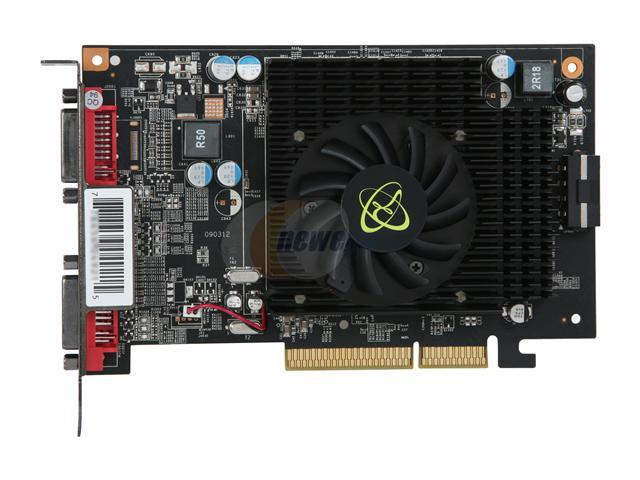 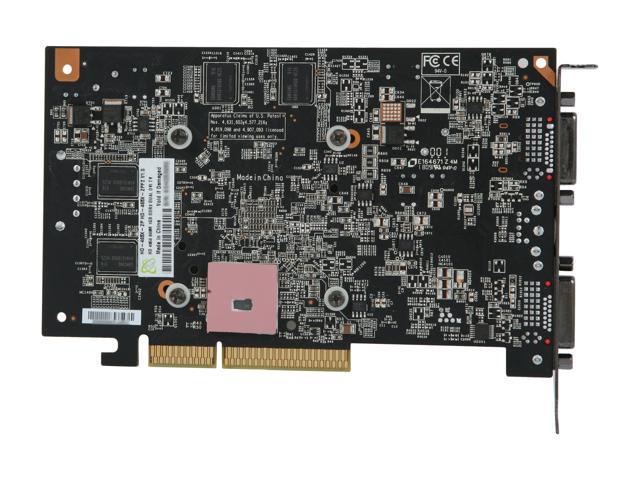 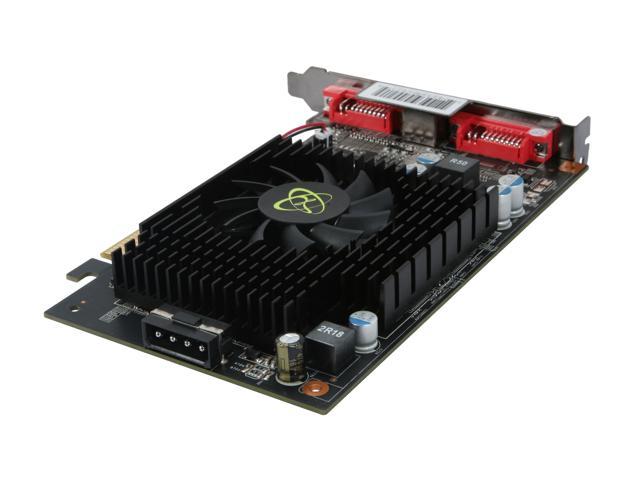 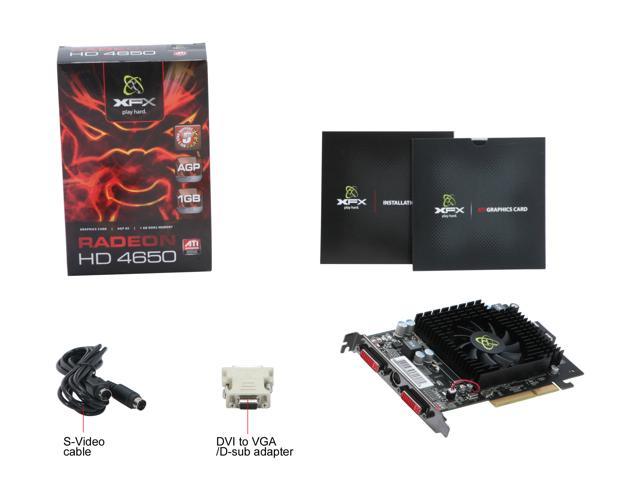 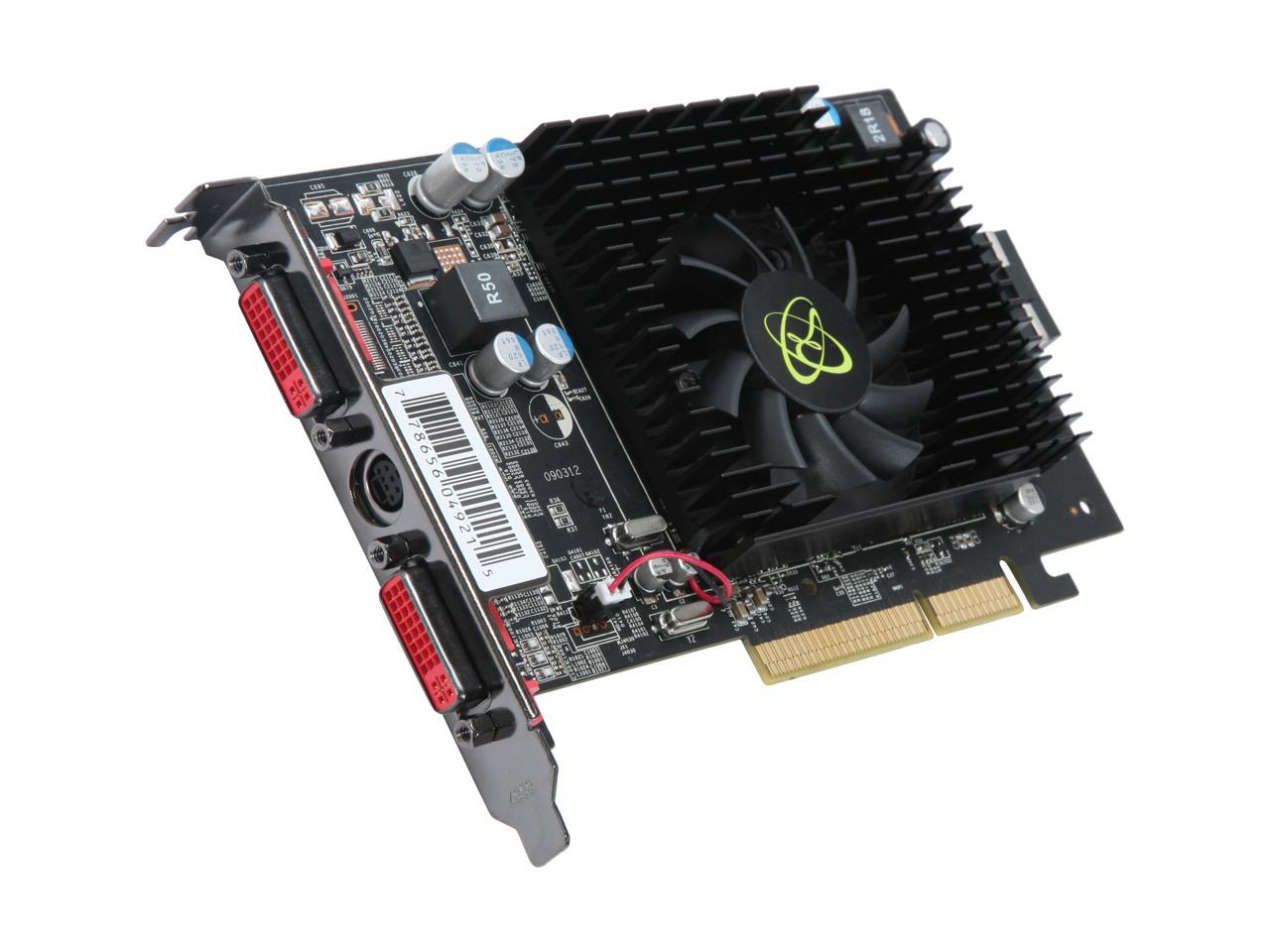 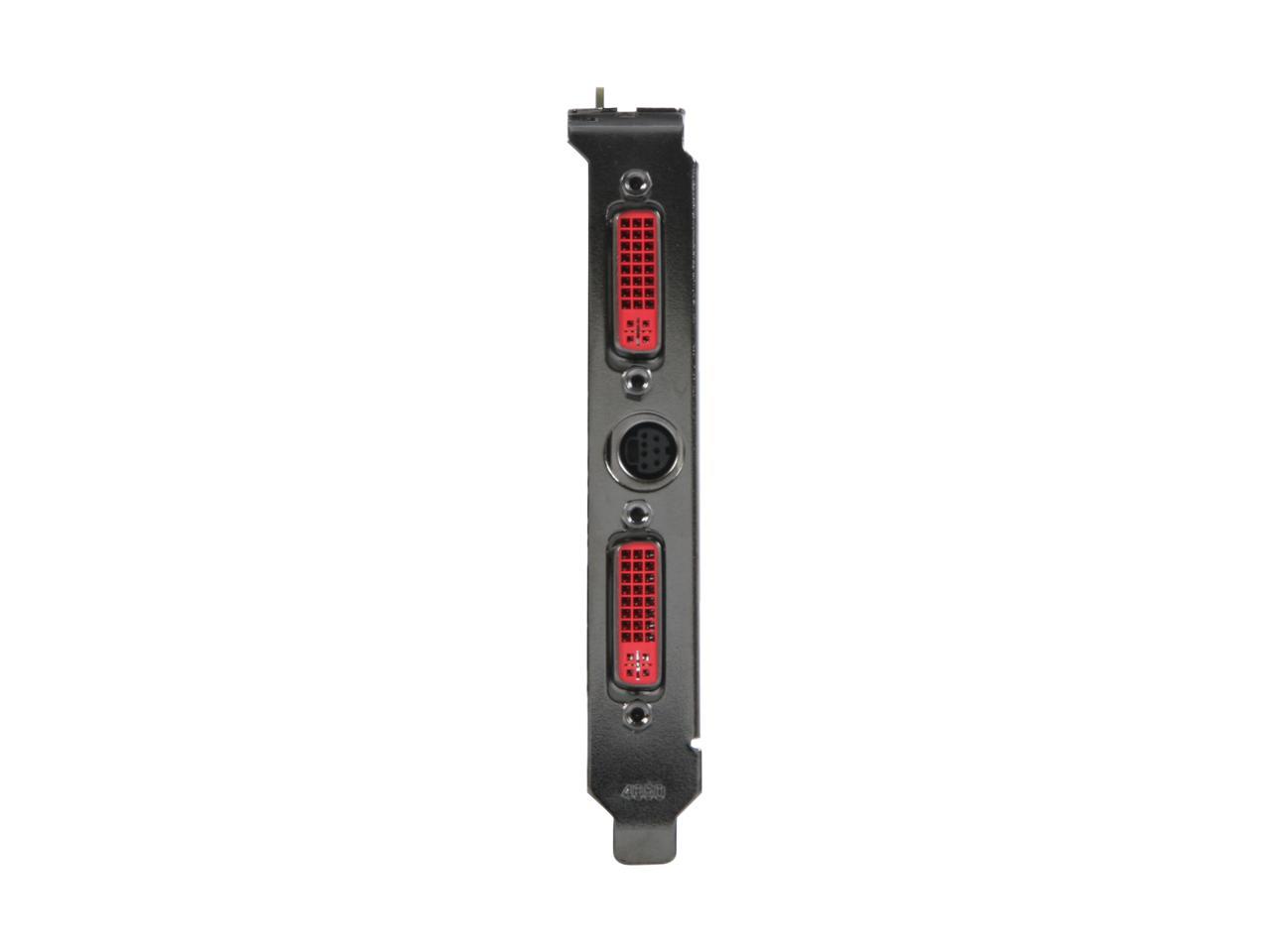 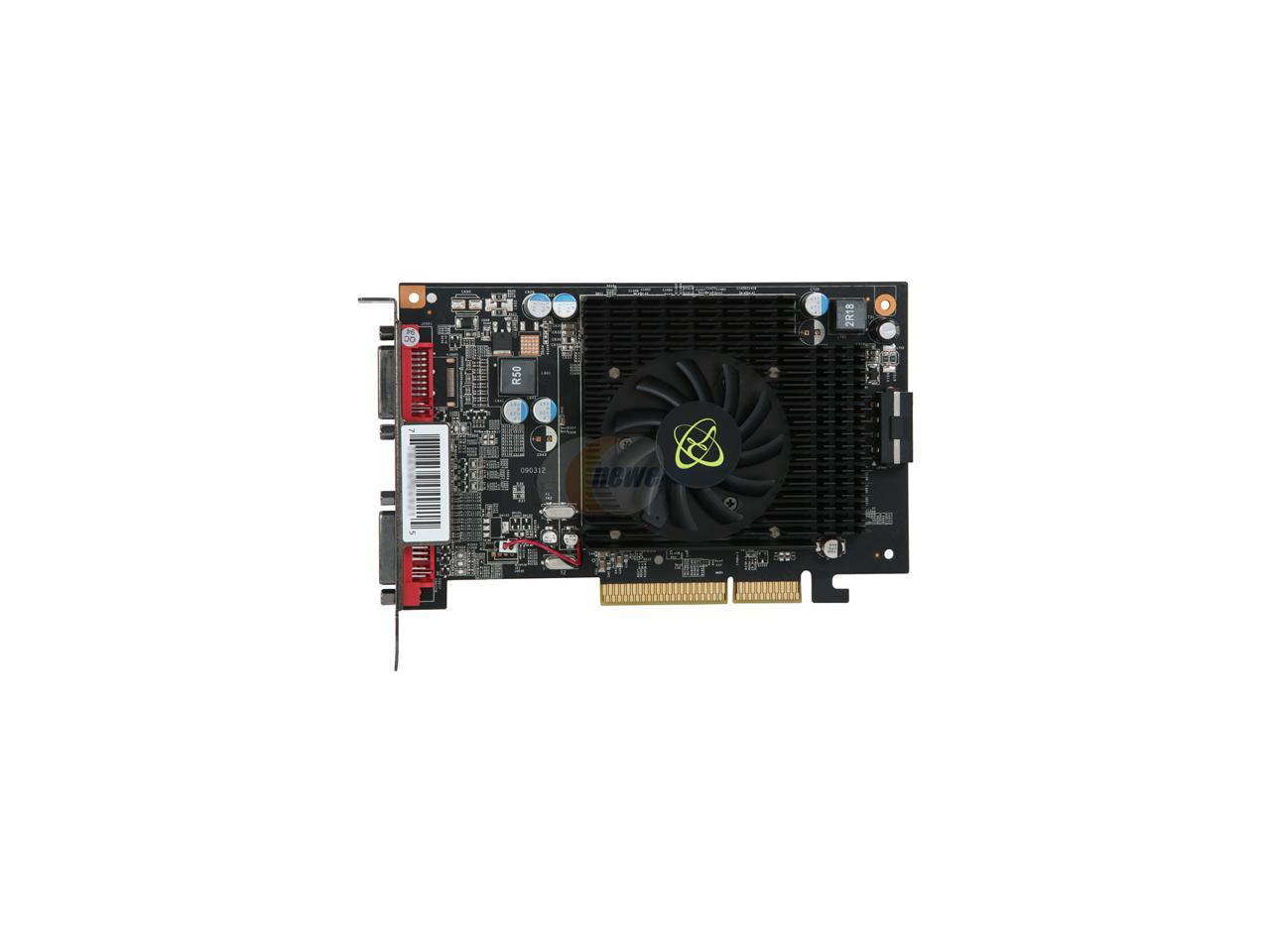 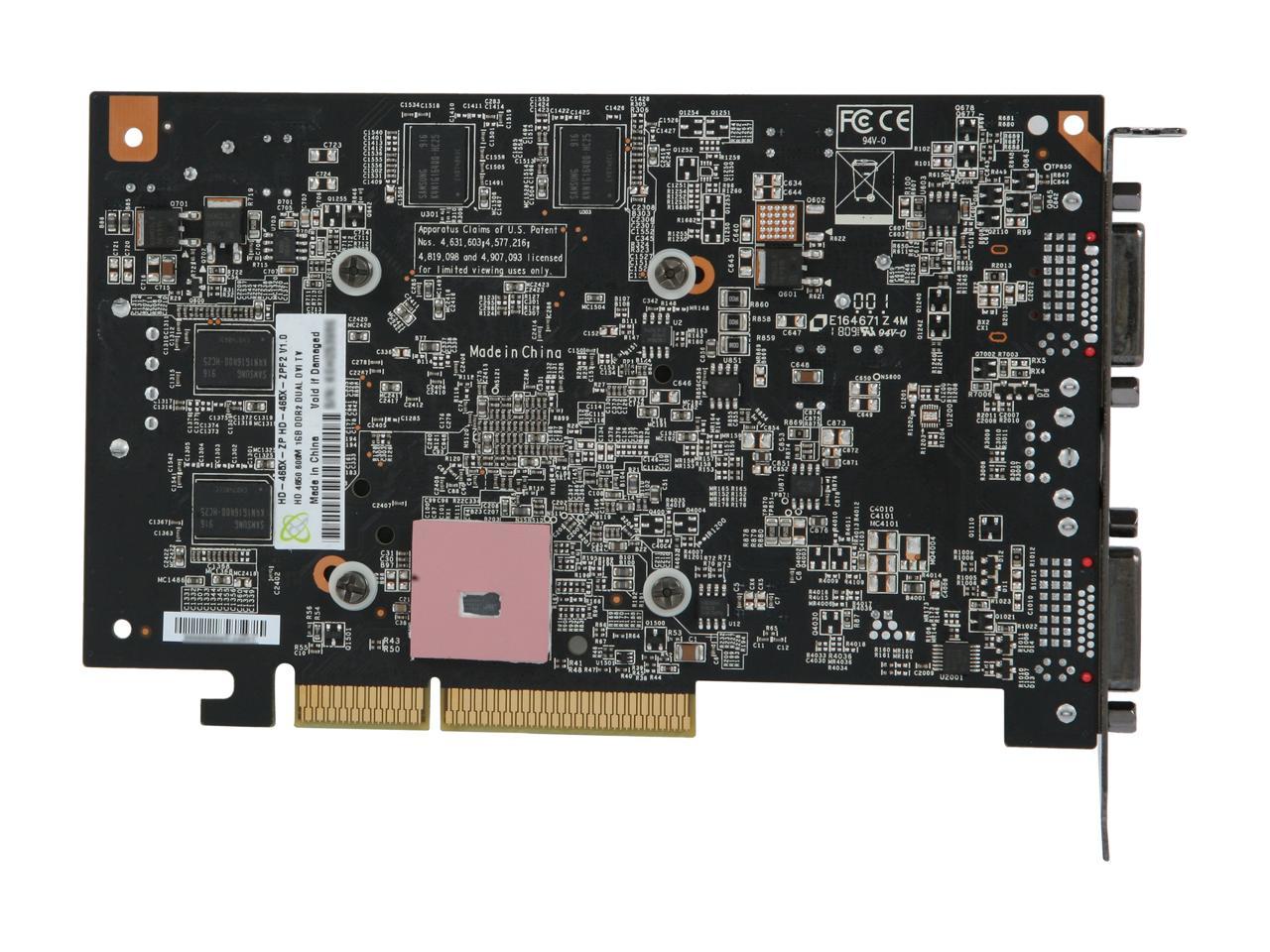 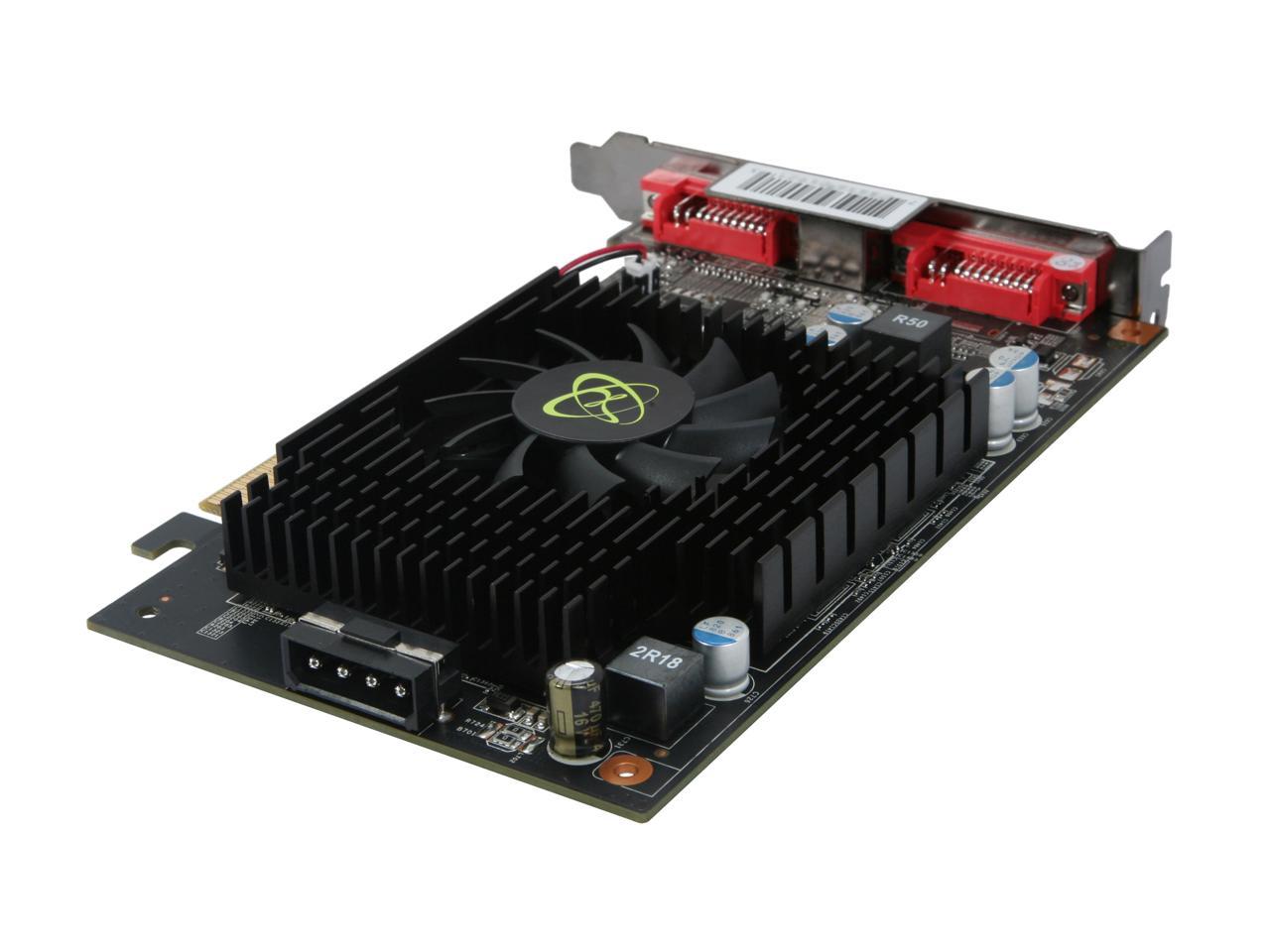 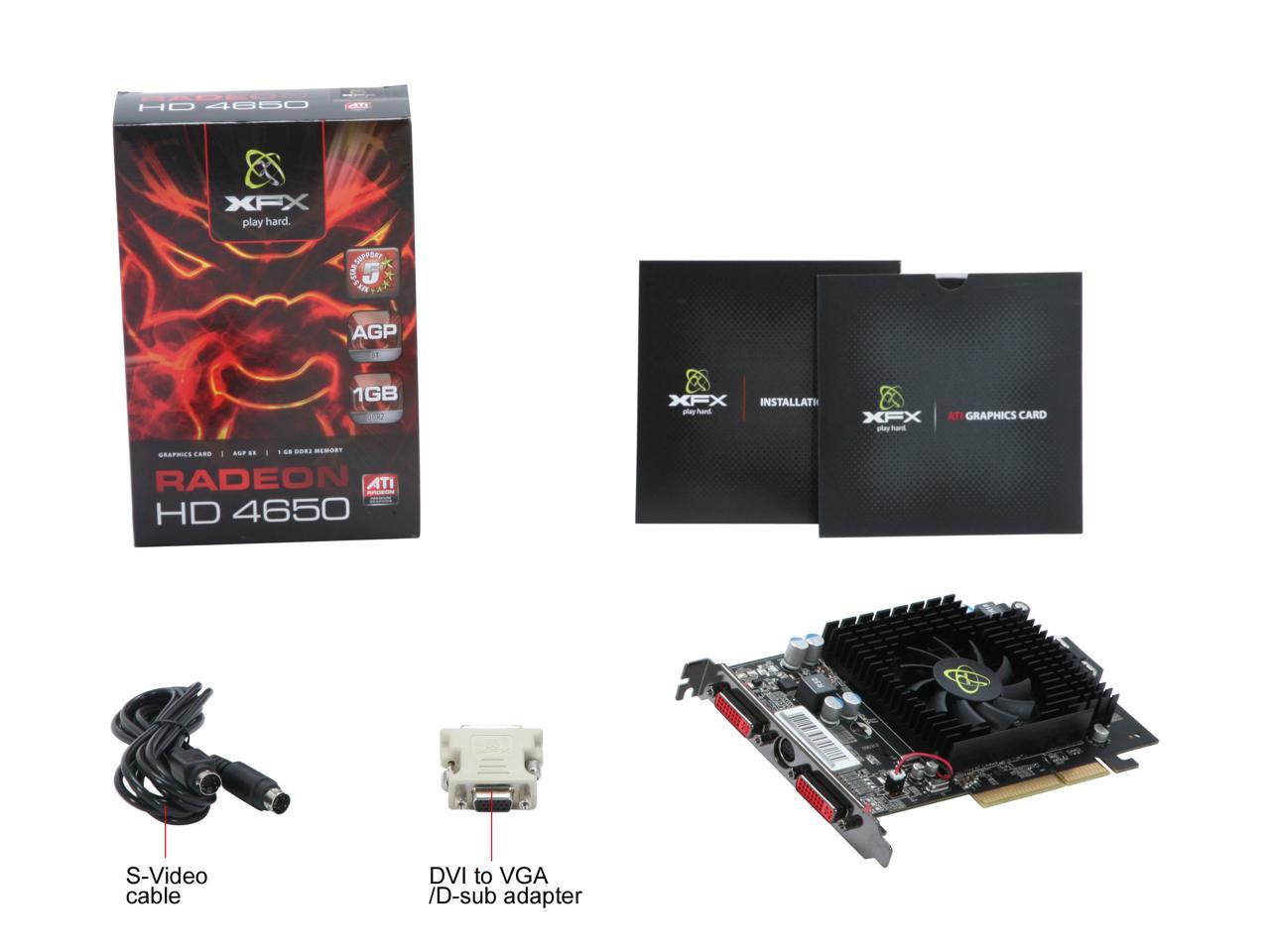 Learn more about the XFX HD-465X-ZPF2

Pros: Fast delivery, exceptional value for qaulity of product and excellent techincal support from XFX. Installed and booted right up one application of Windows 7 would not run Areo. Registerd product, recieved a service ticket and all issues resolved in less than 24 hours. Best upgrade I have done to this old PC. Please see the fix below. Lesion learned use your resources before you rate a product.

Overall Review: Download the latest AGP Hotfix driver from http://support.amd.com/us/kbarticles/Pages/CatalystAGPHotfix.aspx. Run the file and let it extract the files to your hard drive. After it has finished extracting close the set up. Right click your Computer icon. Select Manage from the drop down menu. Open System Tools\Device Manager. Double click the icon for the video card. Go to the Driver Tab. Click Update driver. Select that you Browse My Computer For Driver Software. Select Let me pick from a list of device drivers on my computer. Click Have Disk. Browse to C:\ATI\Support. Go to the folder for the version of the hotfix driver that you have downloaded. Go to the folder Driver\Packages\Drivers\Display\INF. Select the INF in this folder.

Pros: Adobe Flash Player 10.1 support Smarter power usage over my older 7600GT from XFX model PVT73AUDE3 from 3 years ago here Temperature hasn't went past 55C even when my room gets hot UVD offloads a 1080p Blu Ray ripped movie where my Athlon 64 doesn't spike past 25% load, YES ON 1080p Drivers DO WORK, don't use the junk the CD came with!!! DirectX 10.1 on AGP, nothing can compare from an nvidia counterpart (never came even when there were many rumors)

Cons: People who badmouth the product without installing it without research and end up bringing it down. I used the Catalyst 10.7 HOTFIX drivers for AGP for my Win7 64 machine. It installed without issues and I did Disable the High Definition Audio Device just in case to avoid conflicts. Biggest gripe is Newegg sells it for $100 when Geeks has it for 68 and even while refurbished, it still has their lifetime warranty. There IS A DIFFERENCE in drivers. Catalyst HOTFIX drivers are for the AGP counterparts. The regular drivers from AMD's GAME site are for the PCI-Express counterparts. DO NOT mix them up and down rate the product.

Overall Review: I'm not going technical because the specs are there and my needs are pretty basic. My system is as follows: ECS 755-A2 v1.1B 2GB Crucial DDR400 RAM This card 550w power supply by JustPC, no longer on this site but it had a limited amount of connections AMD Athlon 64 3200+ socket 754 stock clocks This card works with ATI OverDrive however the "AutoTune" does not help much which forced me to hard-reset the machine to get it back up. I managed to get the clocks from 600 - 675 and 400 - 475 but I see no need. I'm not gaming on this machine, just using it for multimedia on my shiny new LG E2350v also from Newegg. My 7600GT did NOT have built-in decoding so the CPU would die (if it was even that lucky) The driver CD may come with junk drivers but downloading from AMD's website (not the regular drivers, these use the HOTFIX DRIVERS) is done differently. Do a search on AMD's website for Catalyst (ver#) hotfix drivers. After a new Catalyst comes out, it takes a few days for the HOT

Pros: Battlefield 2, Company of Heroes, & Killing floor all run silky smooth on highest settings at 1024x768. Would get 5 eggs if not for the ridiculous driver installation and cruddy support

Cons: Getting the drivers installed is a like a puzzle... I wasted 2 whole days of my life to get the stupid drivers to work. Here's how I got it to work more or less; Extract 9.10 hotfix drivers but don't use installer to apply them, install the vid driver through the device manager with the .inf file in C:\ATI\Support\9-10_agp-hotfix_xp32_dd_ccc\Driver\XF_INF, next boot into safe mode and disable "Microsoft UAA Bus Driver for High Definition Audio", install CCC from C:\ATI\Support\9-10_agp...\CCC, then restart and hopefully it works. Best of luck to anyone else who buys this, XFX "5 star support" is a joke, didn't help one bit.

Cons: Decided to upgrade to Win 7. Bad idea, all the drivers (even the AGP hotfixes) currently do not work. If there are solutions, it's beyond my understanding or the power of Google to show me.

Manufacturer Response:
Sorry to hear you are having problems. Contact our support or email me at neweggsupport@xfxforce.com and we may be able to assist with the installation.

Cons: Expensive for the chipset ($20 more than the PCIe version), but it's a great last hurrah for an old AGP box. GDDR3 memory would have been icing, but a full GB of DDR2 is fine.

Overall Review: My concerns with ATI's AGP drivers in Windows 7 and x64 were misplaced. The 9.9 Hotfix from XFX was a breeze. This card adds significant life and speed to an AGP rig, and allows it to gracefully run into the Windows 7 era. The HD4650 is probably as much GPU as AGP needs at this point; the benefits of a more powerful GPU than this one is going to be handcuffed by the limits of the AGP platform and the elderly memory and cpu architecture.

Cons: I have Windows XP Pro 32-bit, and the drivers for the card on the CD work fine! Please don't download the ones off the internet, they don't work trust me!

Overall Review: If I had a better CPU and Mobo and some more and better RAM, SEGA Rally: Revo on highest settings would run at 25-30FPS witch is ok, I mean you could turn off some things and lower anti-aliasing and Anisotropic Filtering! HAHAHA.

Pros: All the features that are promised.

Cons: Does not work on my two dual-Opteron PC's with AMD-8000 series chipset. I'm using the on-board AC97 sound card and only have a Silicon Image PCI SATA controller installed. The system simply reboots the first time Windows 7 goes into the Aero desktop...no logs, no nothing...very frustrating. I tried all sorts of power supplies thinking it was a +12V rail issue...even got a Corsair 850W PS and it still reboots. XFX support seems to think it's a driver conflict, but the exact same Catalyst 10.7 driver works great with my Sapphire ATI HD3850 AGP card. Still waiting on XFX for some kind of resolution to the problem.

Overall Review: The card works in my Dell Precision 360 with an Intel Pentium4-HT 3.0GHz and Intel 875P chipset...but that's not the system I want to put it in. :(

Pros: One of the best AGP cards around. Easily overclocked, but ATI cuts your warranty short, so I'll hold off on that.

Cons: Installation. Extremely easily installed, BUT you need to install .net framework 2.0 and Visual ++2005, and I was basically left installing ALL .net frameworks etc, trying to get it to work! When you get the card, the disc will go to the website (if internet is available) and it will get the latest drivers. Pick your OS and download 1 driver accordingly. (XP Installation)

Overall Review: Revived my single core system, MY computer isn't gaming, but this card can def. be put to good use on a better processor. Probably the last thing I should have bought for: Compaq Presario SR1230NX AMD Athlon XP 3200+ (2.2GHz) 2 GB of RAM XFX Radeon HD 4650 1GB