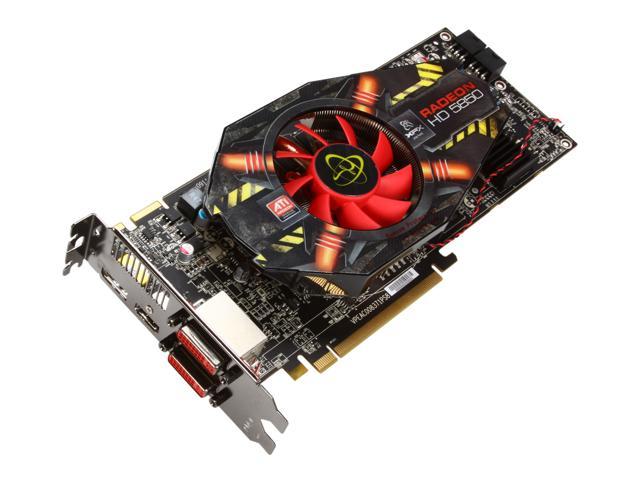 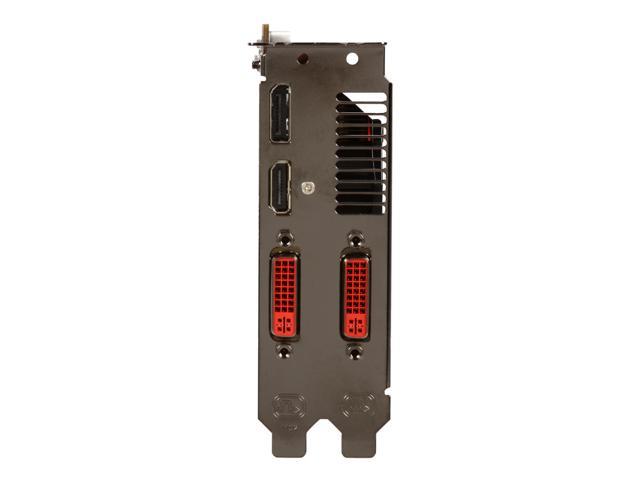 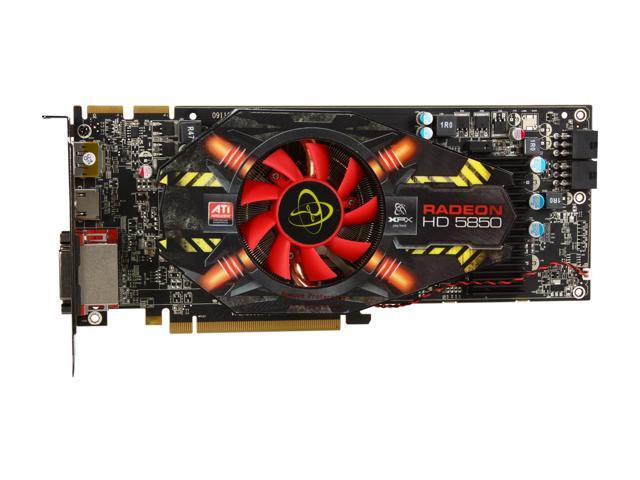 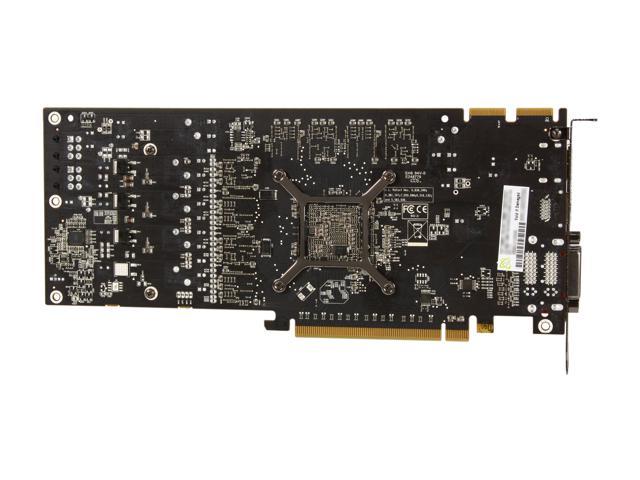 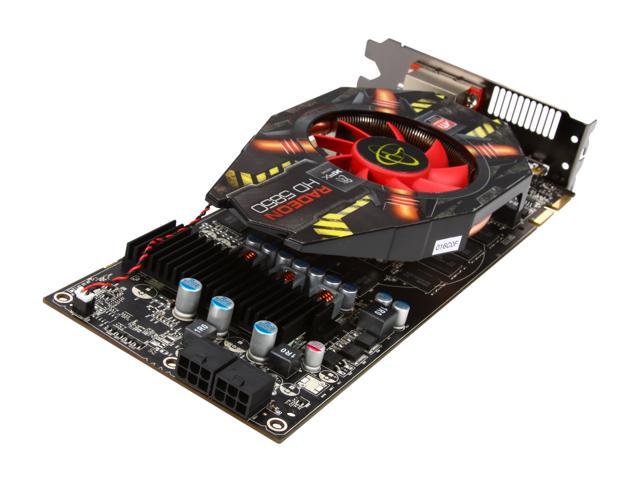 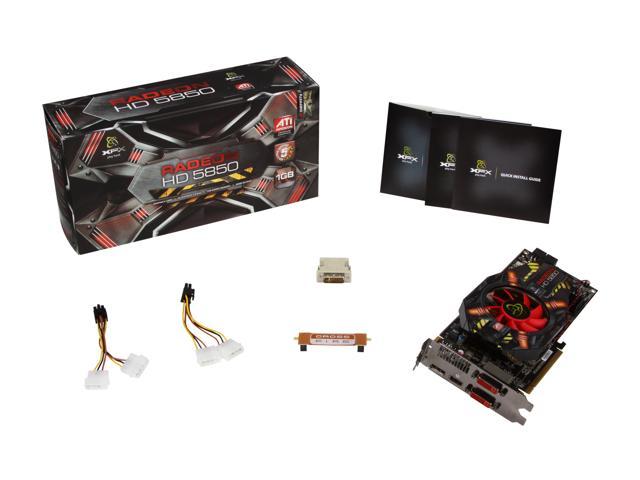 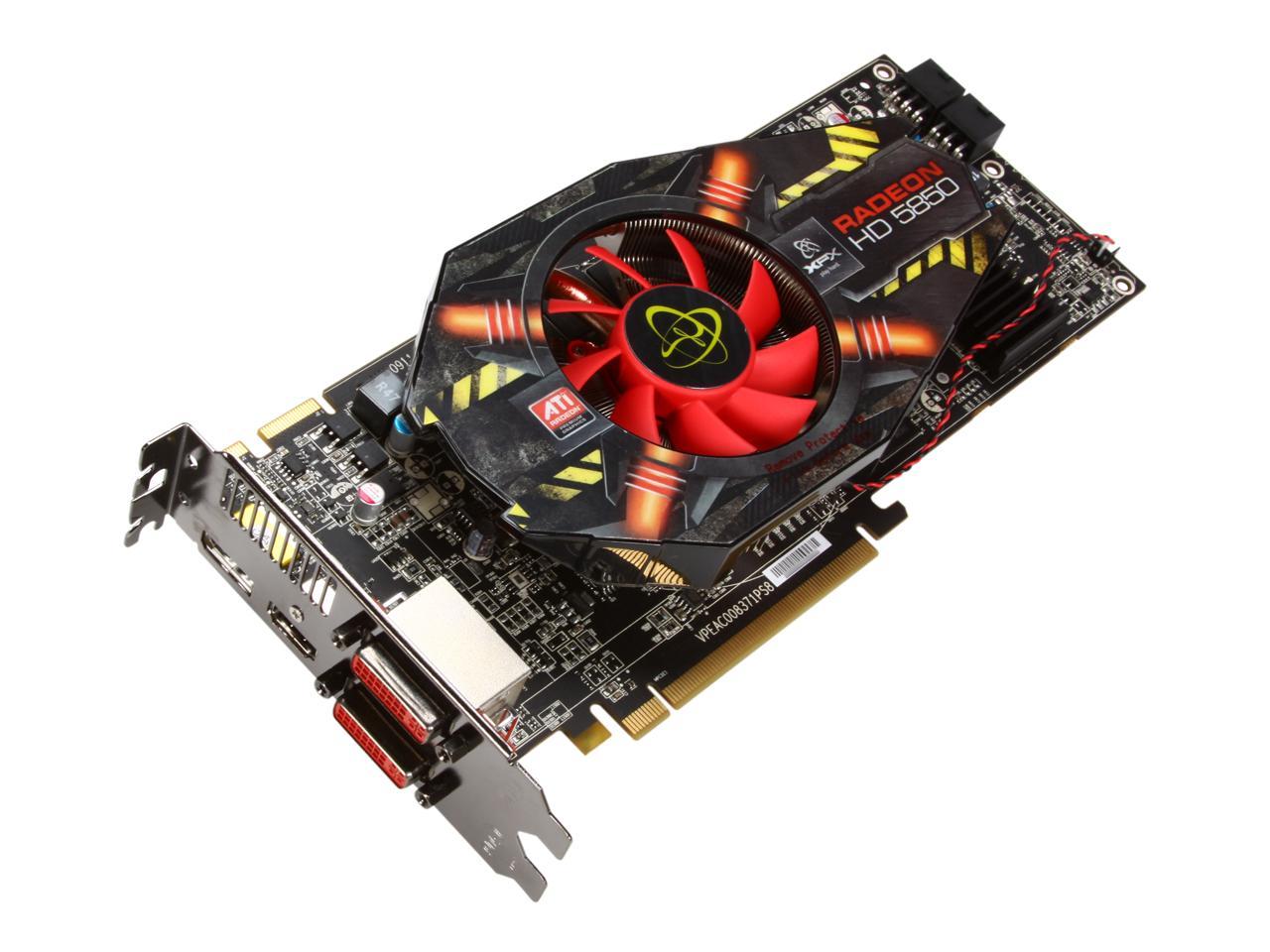 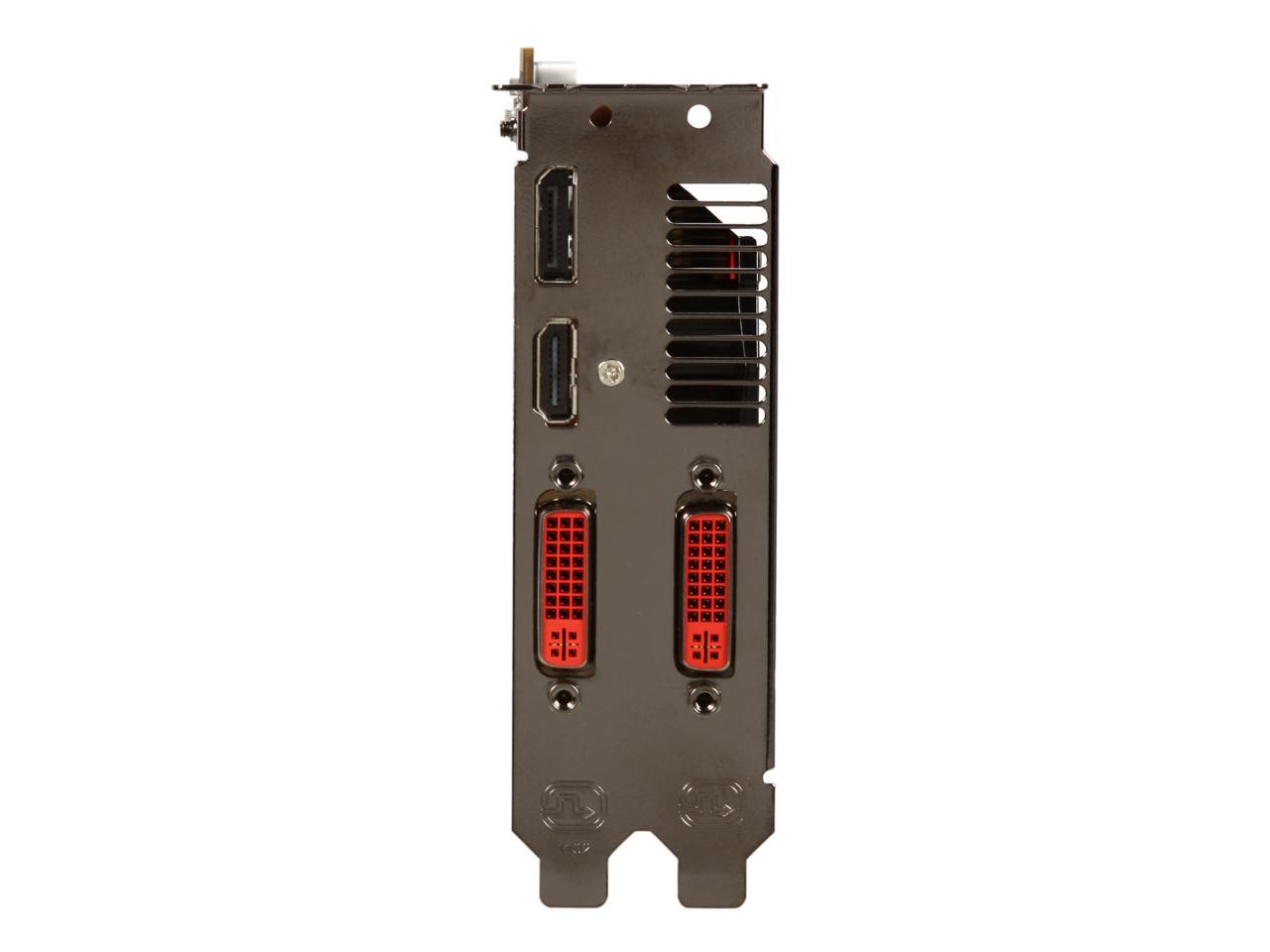 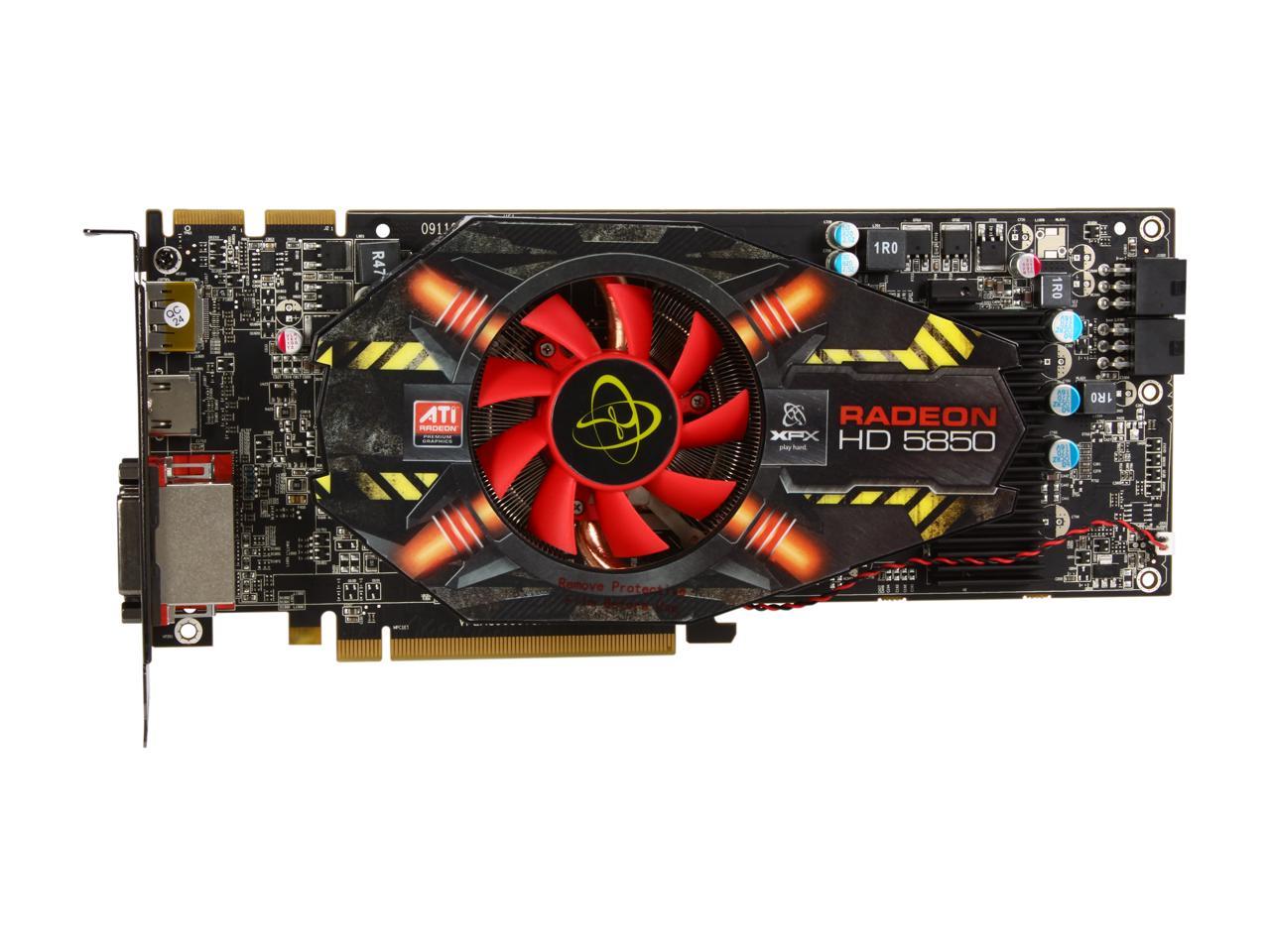 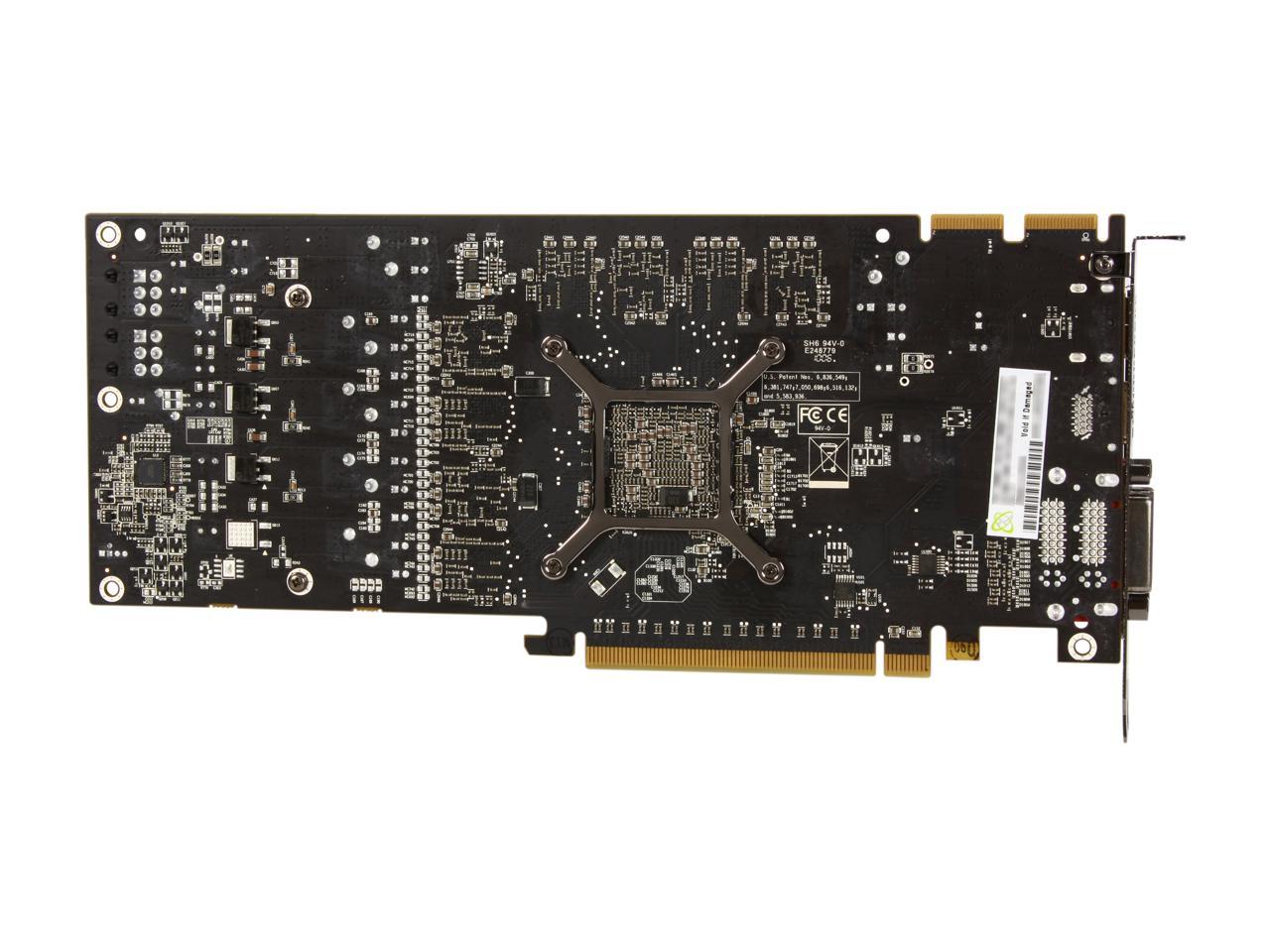 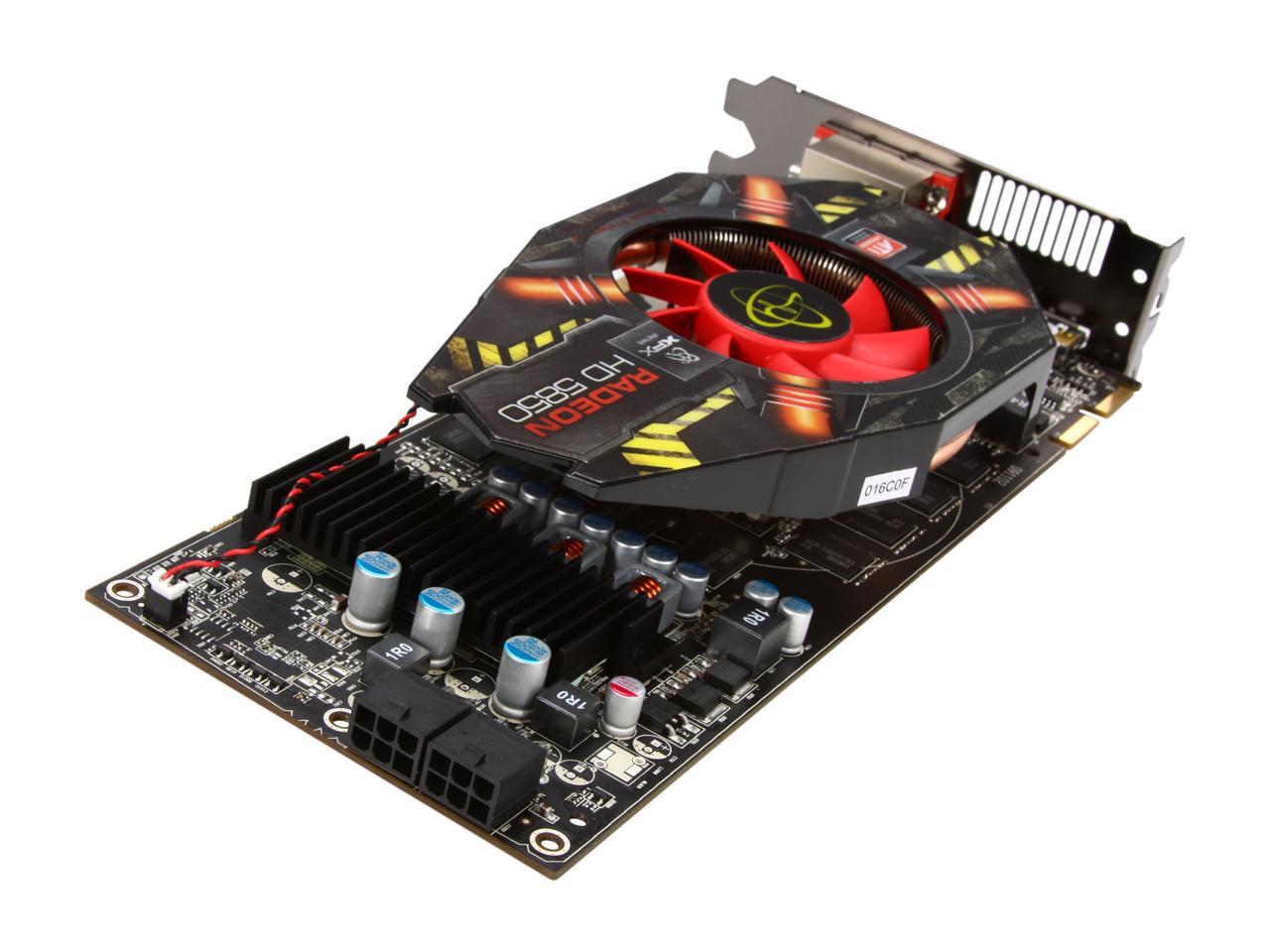 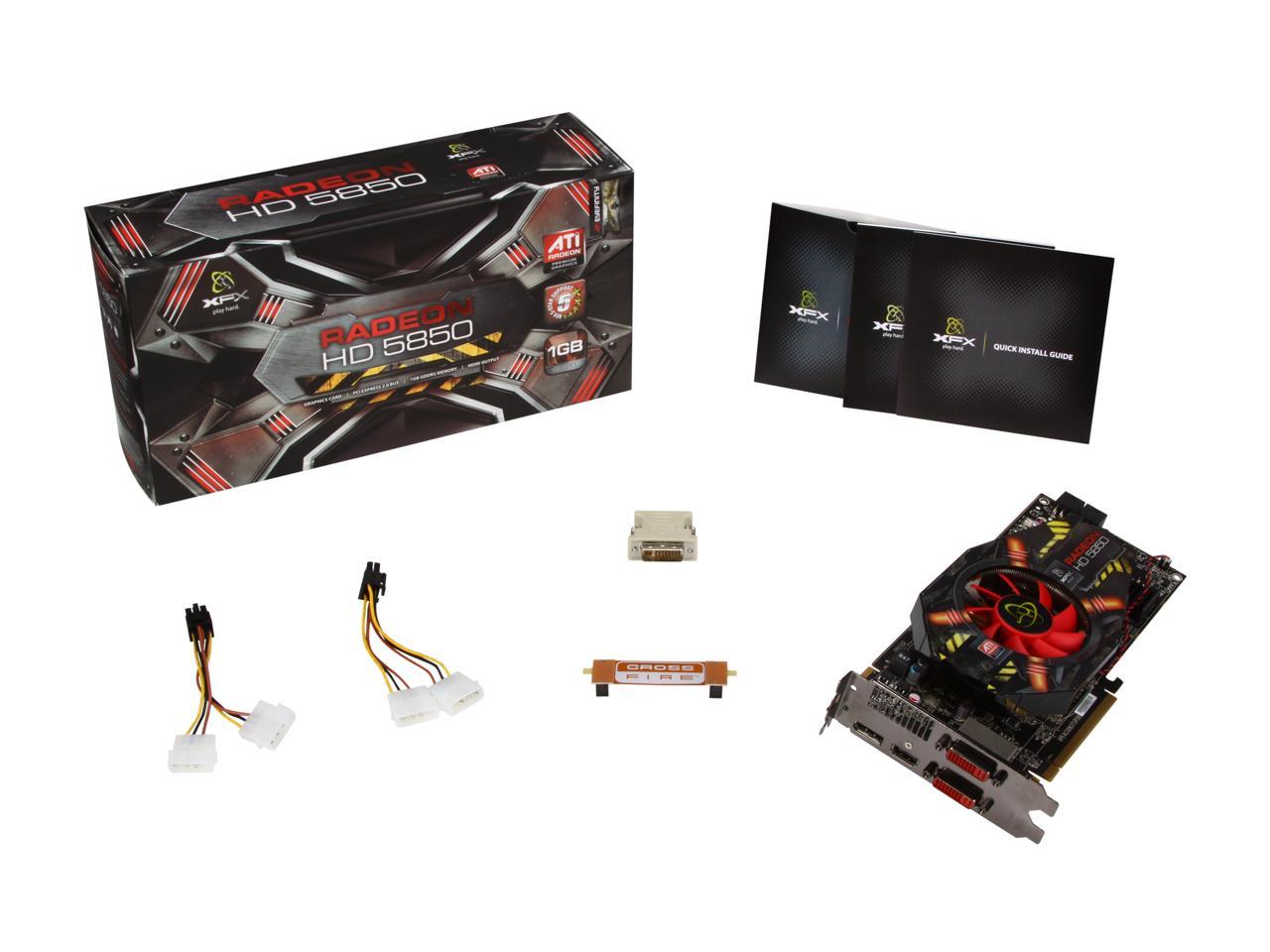 (63) Write a Review
OUT OF STOCK.
Specs
Reviews

Learn more about the XFX HD-585X-ZNFC

Pros: Very high performance, runs every application at > 60FPS on highest settings; could not have dreamed of this kind of performance 12 months ago. Very cool at idle, and uses much less power than the GF 8800GT that it replaced; the efficiency of Cypress core is unparallelled. Things like UVD2 work right out of the box. Linux compatible with various distributions as well; runs Lucid as well as it runs under Windows.

Cons: The fan gets slightly noisy under load at times, a bit noisier than either the 8800GT or the 4850 that I have previously/in other systems. It seems that the lower price means less acoustically optimal cooling solution than a reference card.

Overall Review: Highly efficient VLIW encapsulating SPMD architecture; high throughput to instruction stream size ratio. Would be bandwidth limited in certain situations, such as during GPGPU situations with ATI Stream, but texture and constant cache usually obviates this problem for graphics workload. Good implementation of D3D11 features such as tessellation implemented largely in fixed function units. Fixed func units here are optimal for equilat trig tessellation, but less than optimal in semi-regular (mixed) polygon tessellation, which nVidia's implementation does better. Tess should take less of a hit in 5800s on the stream processors than that done in GF100, but the ceiling for tess performance is also lower. So when running both tess heavy and pixel shader heavy workloads, ATI solution should come ahead, where only tess heavy workloads would favor nVidia; so take your pick on D3D11 workloads. 5800s are by far more power efficient though. As a computer engineer, this is a marvel.

Pros: - It supposedly gets high to ultra detail on SCII depending on your RAM and CPU. Bought this card for SCII when its out. It is the cheapest and most reliable card to run on ultra details... - Right now playing Age of Empires III on highest res and highest details and it plays like a champion on big maps and max units on the map (4 players tested so far) with no slow down. So I'm thinking it can handle RTS games pretty well. -Quality card. Don't know why you would spend $60 extra for the same card. I was going to buy a HIS or Sapphire 5850 card, but this thing is way cheaper and serves the same purpose. Newegg got it to me in like 2 business days, which is appreciated. If you're looking for an SCII card, I hear 5850 is the way to go (best price per performance).

Cons: Will update if I find any. So far none.

Overall Review: - Runs quieter than an Xbox360, but I can barely hear it if it's late at night or something. When I'm gaming don't even notice it. I wouldn't consider this a con, as the card does the job well and is quiet at the same time. Honestly, it might even be the power supply making any noise. It might not even be the card, I can't tell. Either way its quiet, which was the major selling point for me. I don't like loud constant noise when I play games. - Requires a 500w power supply, so make sure u have the right power supply. I bought this power supply to hold me over: http://www.newegg.com/Product/Product.aspx?Item=N82E16817182038 It can be a pain to reattach all the wires and install the power supply, but it only took me about 30 minutes to do it all. So far the power supply is the only thing running hot, but as long as it holds me over for the summer, I don't care. haha I'll buy a new one later.

Pros: Upgraded from a GTS 250. Was looking for good value for my money, this delivered. I only play at 1366x768 because I play on my TV, but this card has run BFBC2 maxed out with SSAO at constant 60fps in DX11 with vsync on. I am thrilled by this performance and can't wait to play more games with it.

Cons: Idles at 42C, but I guess that is to be normal from something this powerful. Not as bad as a fermi card, but a big step up from my GTS 250 which was pretty cool. Requires 2 PCIe connectors, wasn't a big deal to me. Pretty big card, had to wedge it into my case because of the HDD cage, and putting the PCIe connectors in was a challenge because of this. Got it all working though, make sure you have plenty of space in your case though

Pros: This outperforms my BFG GTX 260 BY FAR! In the Counter-Strike: Source video stress test I used to get around 150, now i get 400! Everything is so much smoother and more crisp, details I never knew were there become much more obvious. I tried playing Crysis and it looked like real life. Handled all very high settings very well. Sometime I'm going to have to see what my FPS is for bragging rights.

Cons: The placement of the PCI-E Power plugs.

Pros: - Price - XFX warranty - Stable / dependable - Fast - Easy to do minor overclocks (mine is at 825/1150) - Fan is more efficient/quiet than reference board fans

Cons: - Non-reference board so no software voltage control - this severely limits your ability to overclock this card to it's full potential. If you are looking for 850-1000 gpu core, you won't get it on this card despite it being capable of doing it. - Manufacturer doesn't mention anywhere that this card has the cheaper voltage controller. Asus and MSI clearly state on their card specs which cards have the more expensive controller and which ones don't. XFX should do the same.

Overall Review: I'm exchanging this card for the reference board one from XFX. For $20 more, you get a much faster card... albeit a little louder.

Cons: not a traditional cooler, the card feels a bit flimsy when handling. also the power connections it came with was a bit loose, making it troublesome to connect.

Overall Review: been running it non-stop for almost 12 hours now, so far so good. overall it was under $300 + lifetime warranty = Eggxellent deal

Pros: This replaced my 4850. At 100% fan speed (manual control in CCC) it is still quiter than my old 4850 at idle. Teamed it with a W2486 LG LED monitor, runs all my games at full resolution 1920X1080 in High and Ultra settings. This includes Crysis. Not only is it about double the frame rate, it also runs below 70 C when overclocked to 775/1125. Although it can be overclocked further, I seriously doubt I will. Some say it is flimsy, it is no more flimsy than the 4850 that it replaced. Besides, what are you going to do other than seat it and shut the case.

Cons: Was going to get a 5870 but it is to big for my case as I have one of the old Lian Li cases with a top mounted power supply. This places the hard drive wrack right in front of the PCI-Express slots. This 5850 fit with no issues.

Overall Review: Got a good deal, plus an 8gig thumb drive and free shipping. Lifetime warranty. Plan on buying another soon to run a crossfire setup.

Pros: I bought this card to replace a pair of 4850's in CrossifreX mode on my ASUS X48 MB. I was hesitant to buy at first, but at this point I am glad I did. Lower power consumption, lower heat (my gaming room used to turn into a sauna) and improved performance made this a good buy. I considered a pair of 5770's but this way when 5850's go down in price I can crossfire them for better performance. Battlefield BC2 used to be choppy w/ all the bells and whistles on...no longer the case. I've always bought Sapphire products in the past but gave XFX a chance this time. The lower price and lifetime warranty are a big plus.

Cons: I had to move a hard drive in my Antec 900 case to make the two 6-pin power adapters fit.

Overall Review: I don't mind paying a lower price for the card and not getting a bundled game. Also, the bundled OCZ 8GB Flash was a nice bonus.