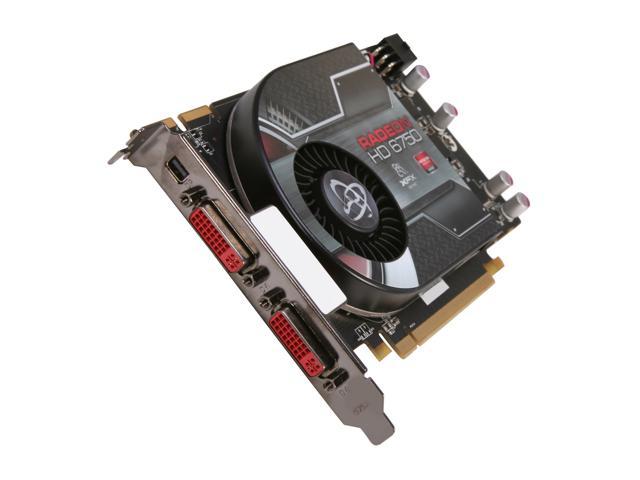 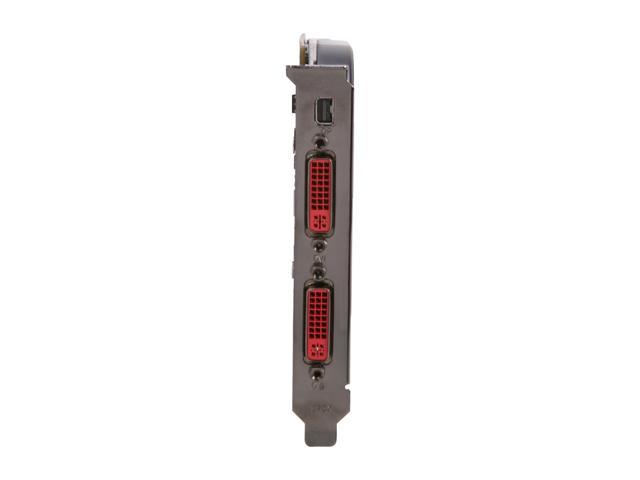 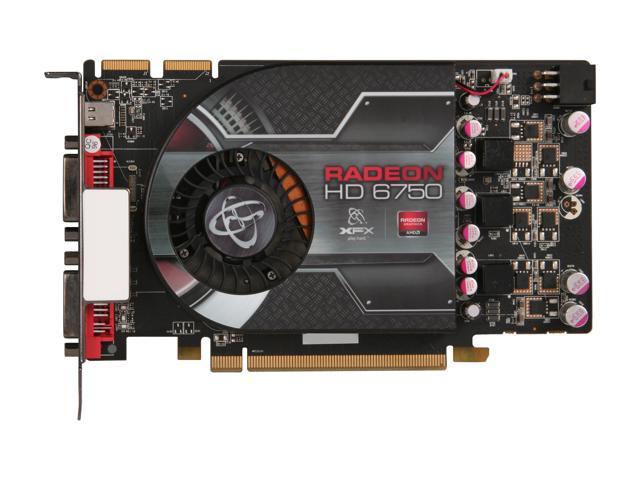 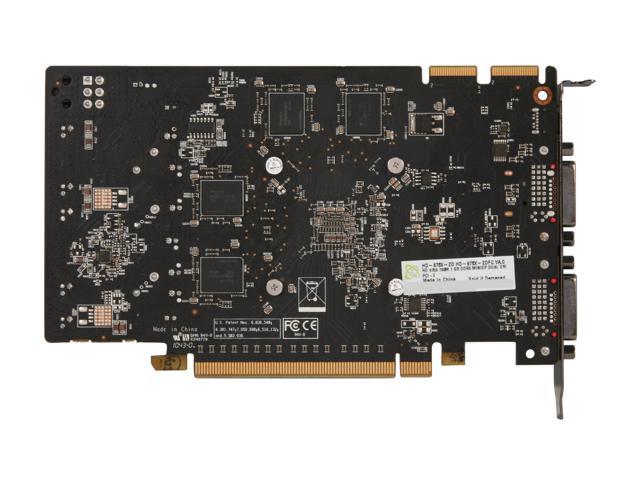 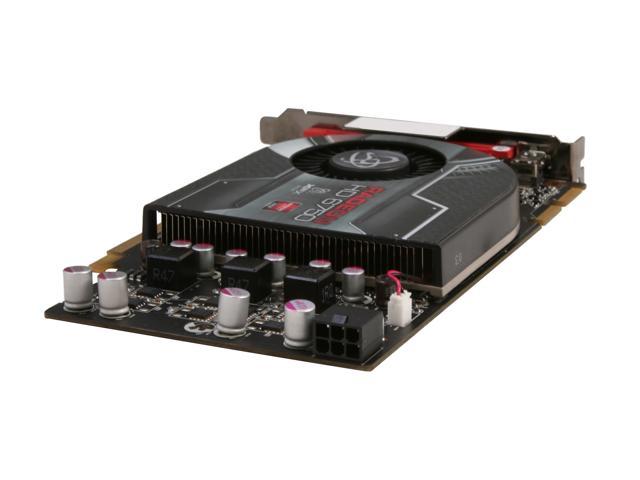 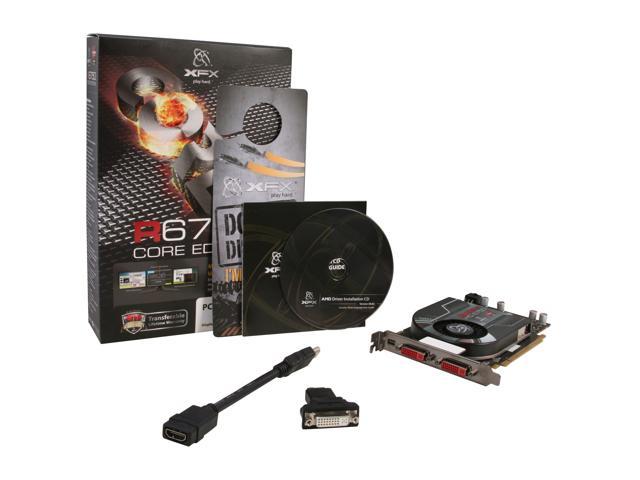 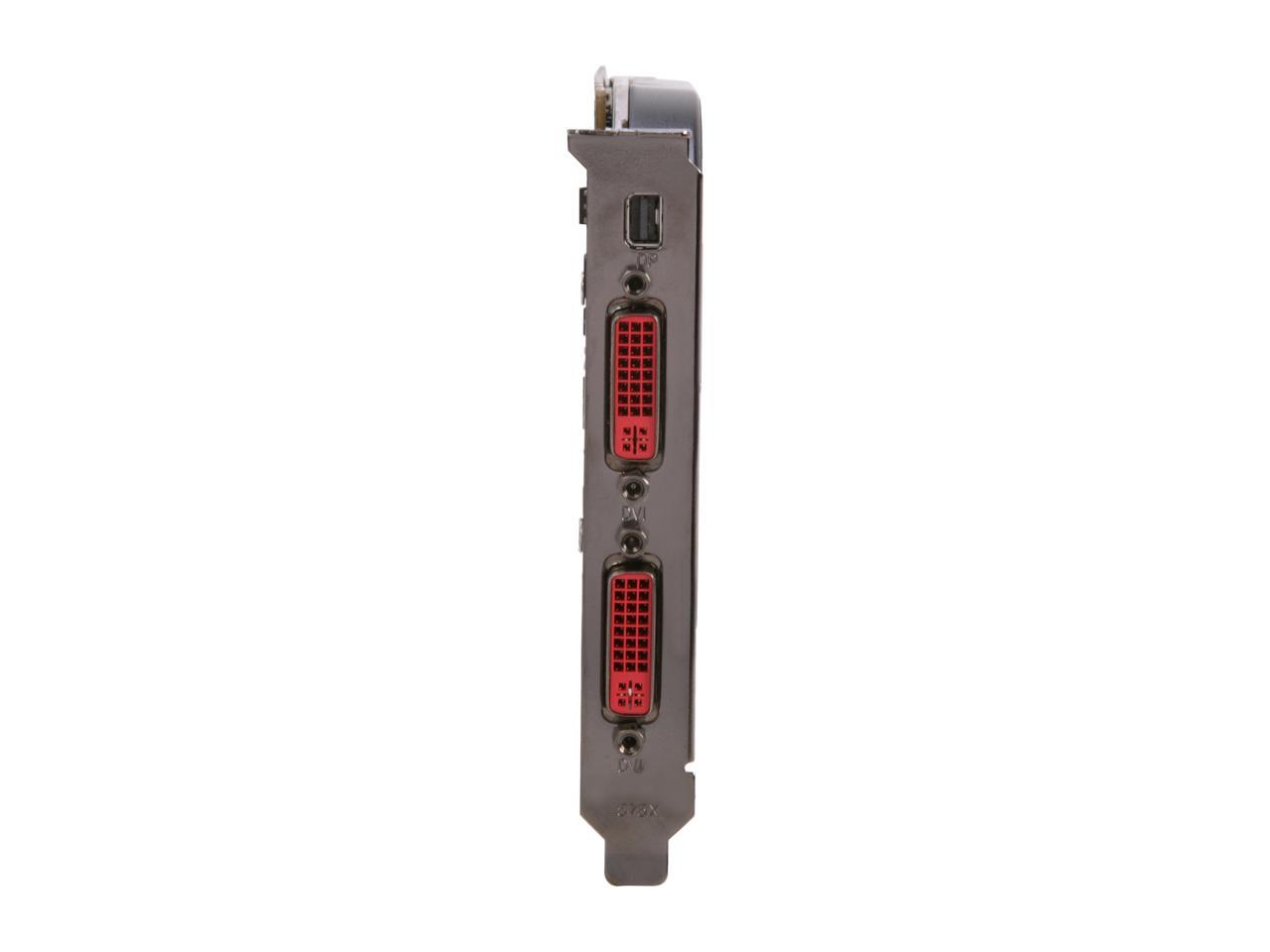 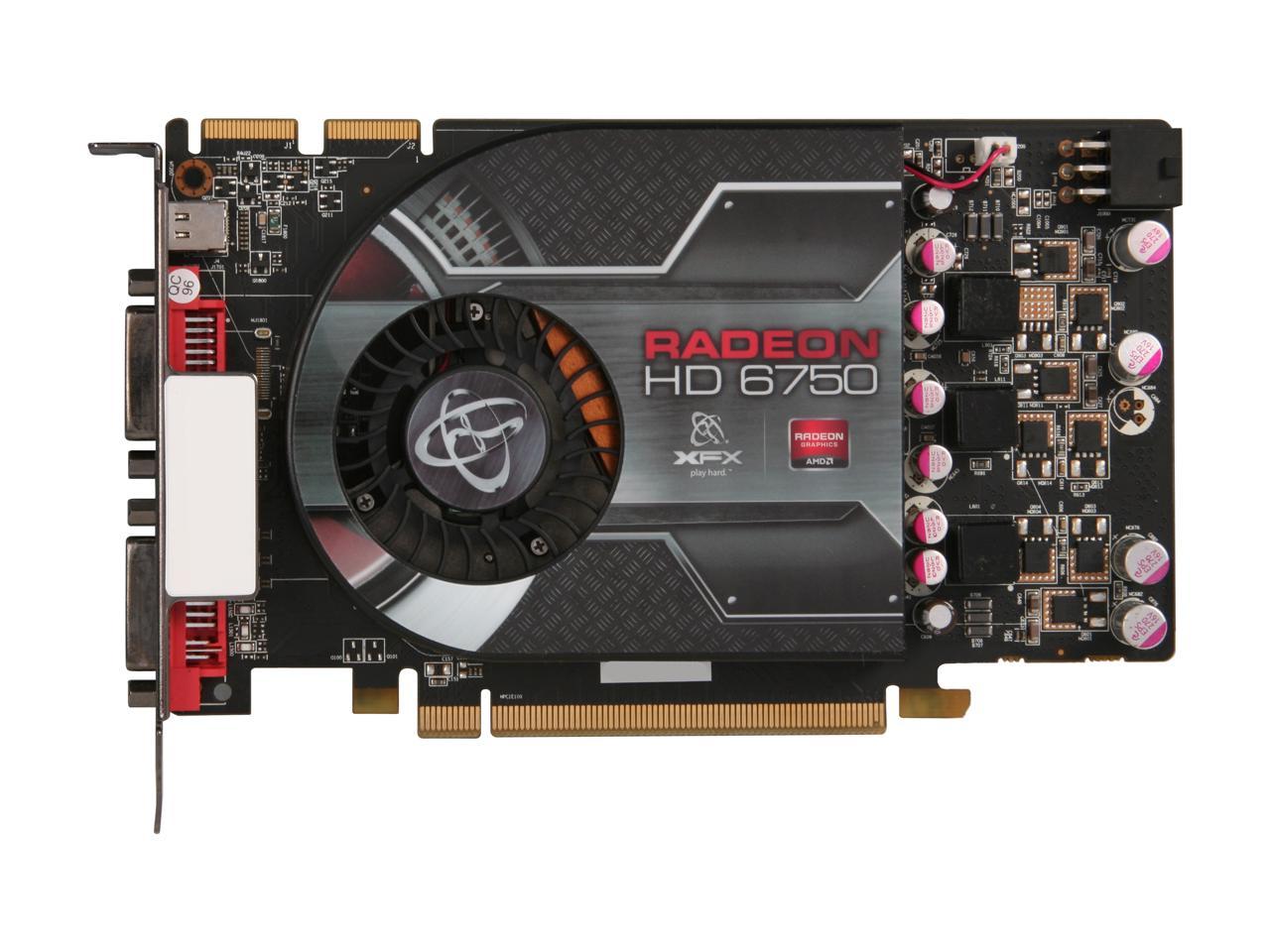 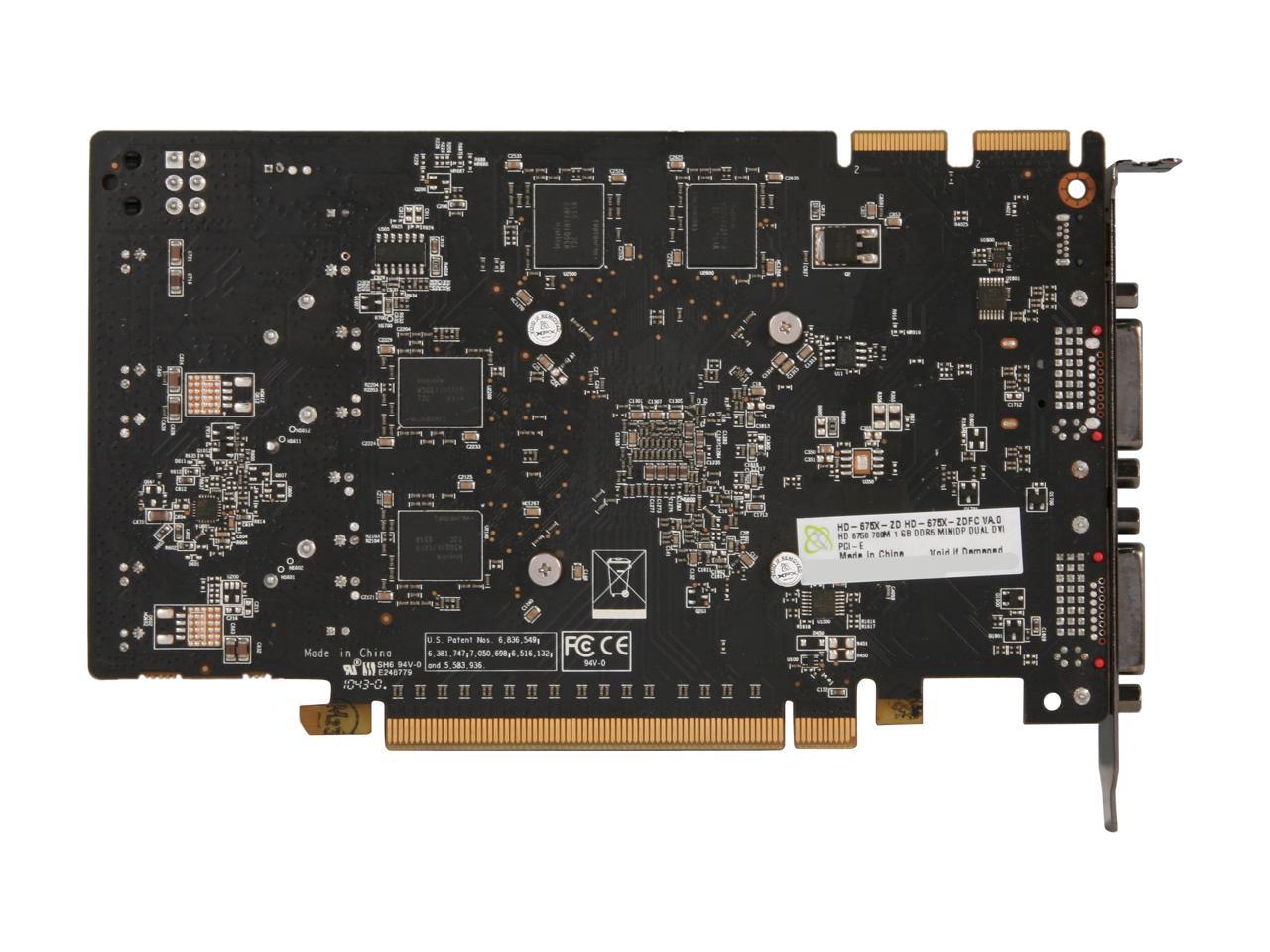 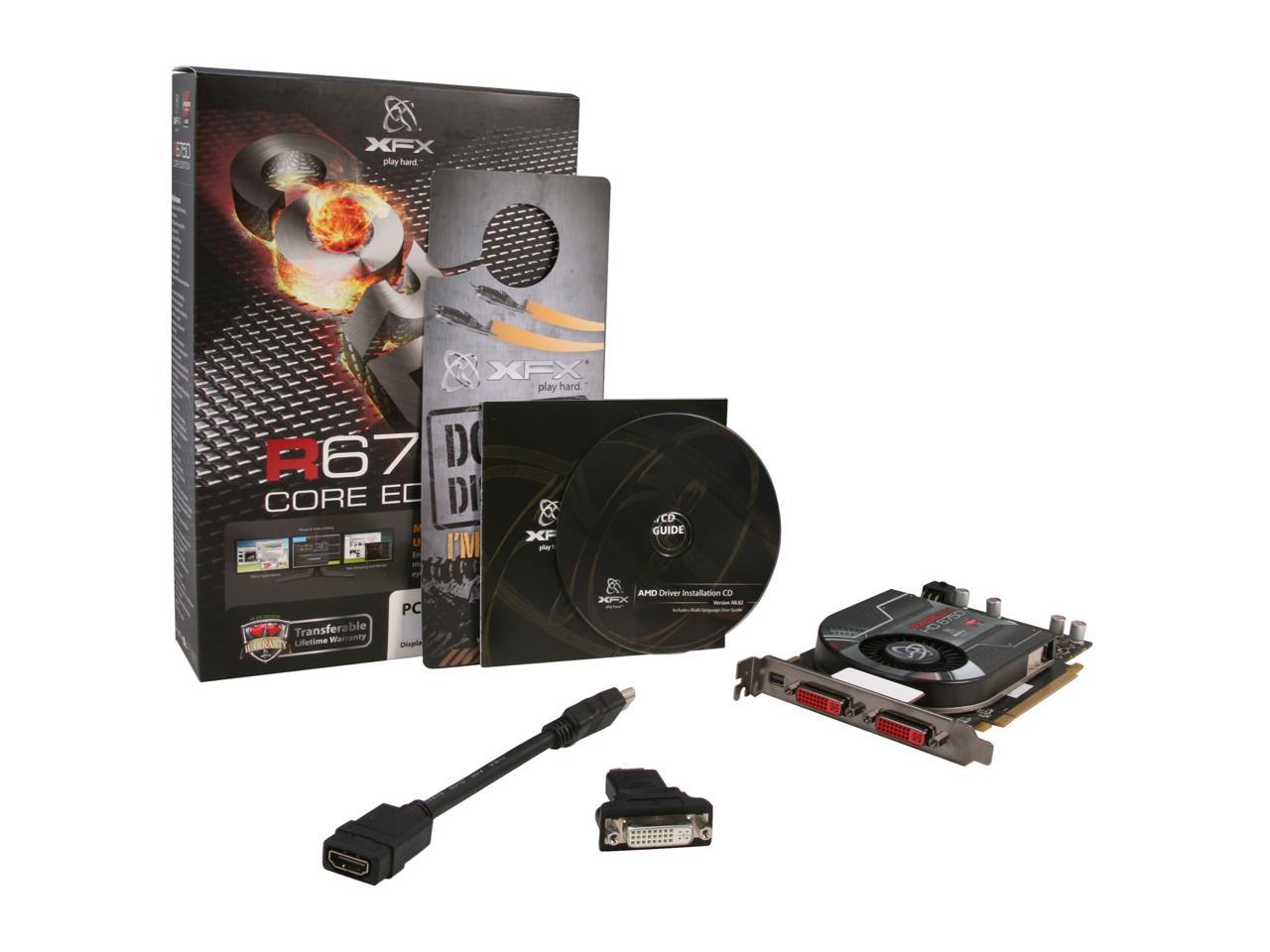 (7) Write a Review
In stock.
Ships from United States.
Most customers receive within 3-9 days.
Specs
Reviews

Learn more about the XFX HD-675X-ZDFC

Pros: Quiet, looks nice, performs well even on moderate overclocking. Can play new games on Medium at around 50 FPS. Single slot which makes it a nice upgrade on an old computer. Short which makes it not interfere with other cords.

Cons: Became unstable at 20% overclock. Not sure if external issues causing problems, but shut down when overclocked and got blue screen. Catalyst Control Center would bug out when this happened and I would have to re-install it to be able to overclock it moderately. Wish it had an HDMI, but it came with a DVI to HDMI adapter so that made up for it.

Overall Review: Great cheap GPU that made it great for a moderate gaming, small form factor PC. Wish I would have waited for the 7750 at least though as it is a little faster for same price.

Pros: Great performance for the price, small profile does not take up loads of space.

Cons: none so far, had it quite a while not a single issue.

Overall Review: Just ordered a second card, will make sure update this on the results of running it in crossfire.

Cons: It doesn't make me coffee in the morning.

Overall Review: Came with a DVI to HDMI adapter for my TV. Love it.

Did you find this review helpful?
Manufacturer Response:
We are glad to hear that you are enjoying your purchase. If you ever have any questions about your product then please contact our support staff at xfxorce.com. Thank you.

Cons: gets a little hot with this cooler. not an issue if you have a well vented case.

Cons: READ OTHER THOUGHTS FIRST Fan control does not work in Catalyst nor does the card return any RPM reading at all in any program. If u put it on manual and turn it up to 100%, gpu-z says its at 100 but I put my finger on fan and did auto (37%) then put it to 100% and there was no differernce at all.

Overall Review: I bought the XFX HD 6750R Core Edition so yes I realize it is not exactly the same card but pretty close. The card I have has slower memory clock @ GDDR3 and PCIe 2.0 But it does look alot cooler Cost me 130$

Cons: Causes random minimalization in SWTOR whenever I use a DVI-VGA adapter (any brand).

Cons: The photos which Newegg provides and even another reviewer talks about the adapters which come with this card (Mini DP to HDMI and DVI to HDMI). However, these did not come in my sealed box, so perhaps they are not providing them any longer?

Overall Review: The sticker on my box says version A.0 next to the part number.