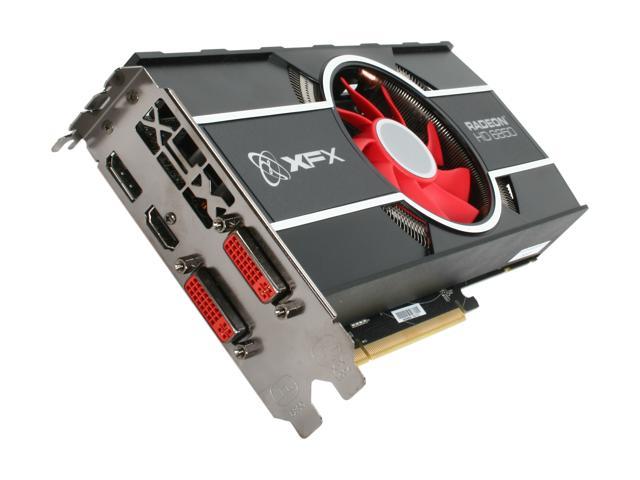 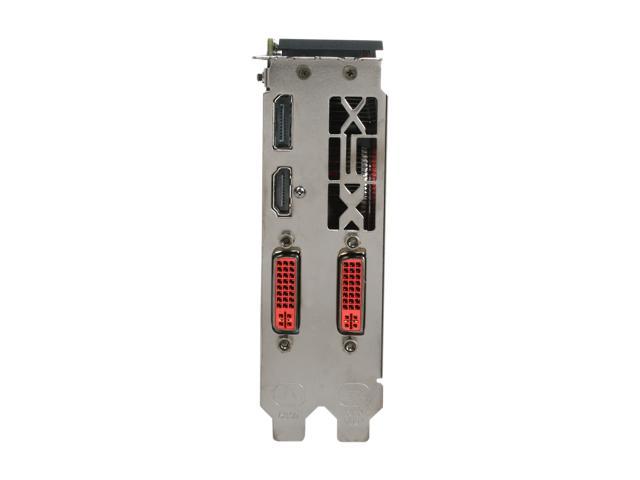 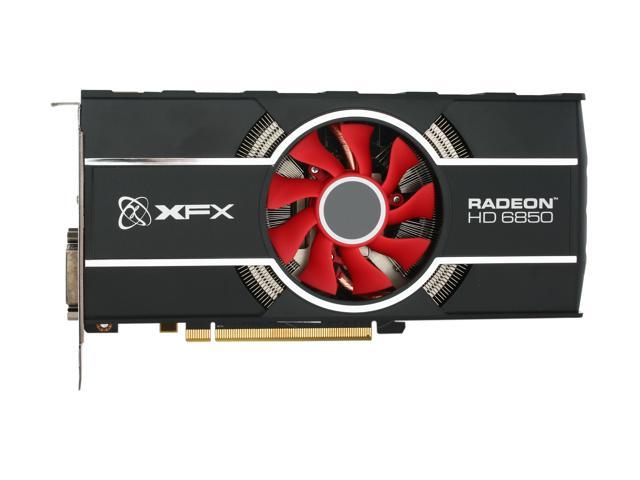 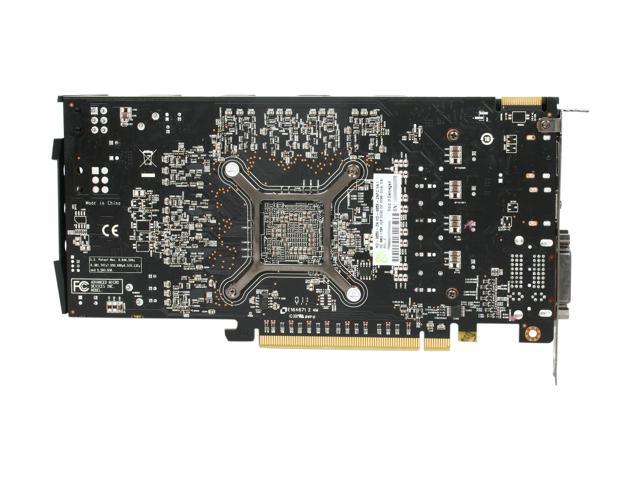 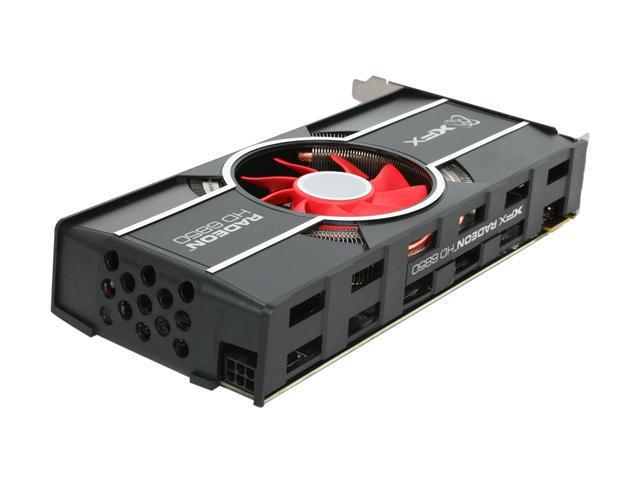 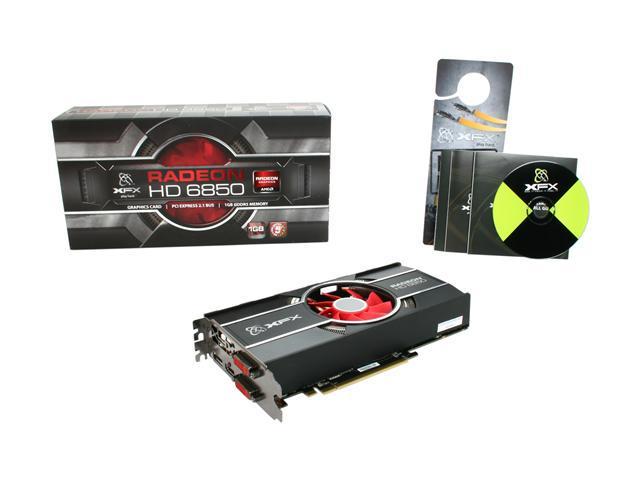 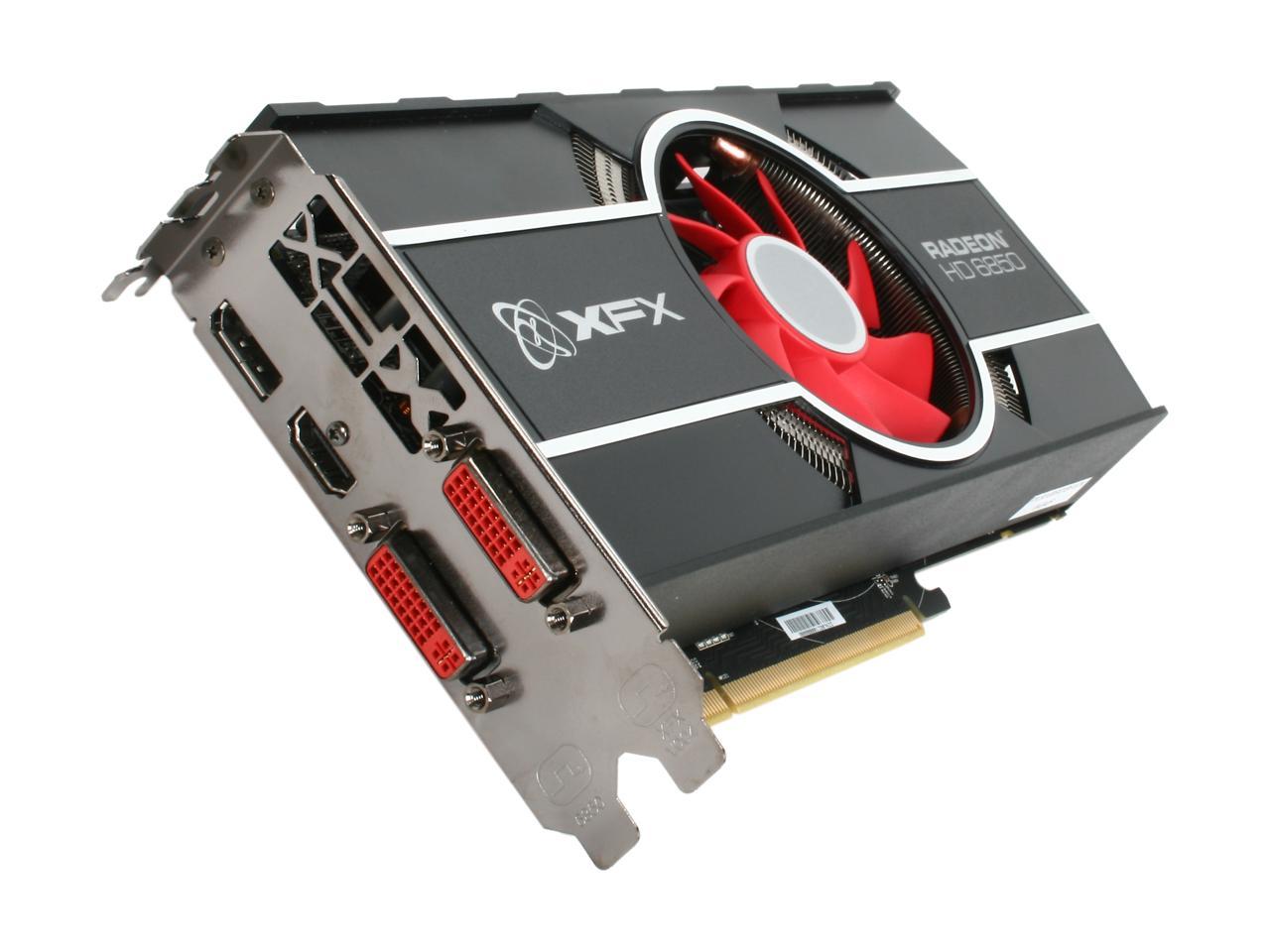 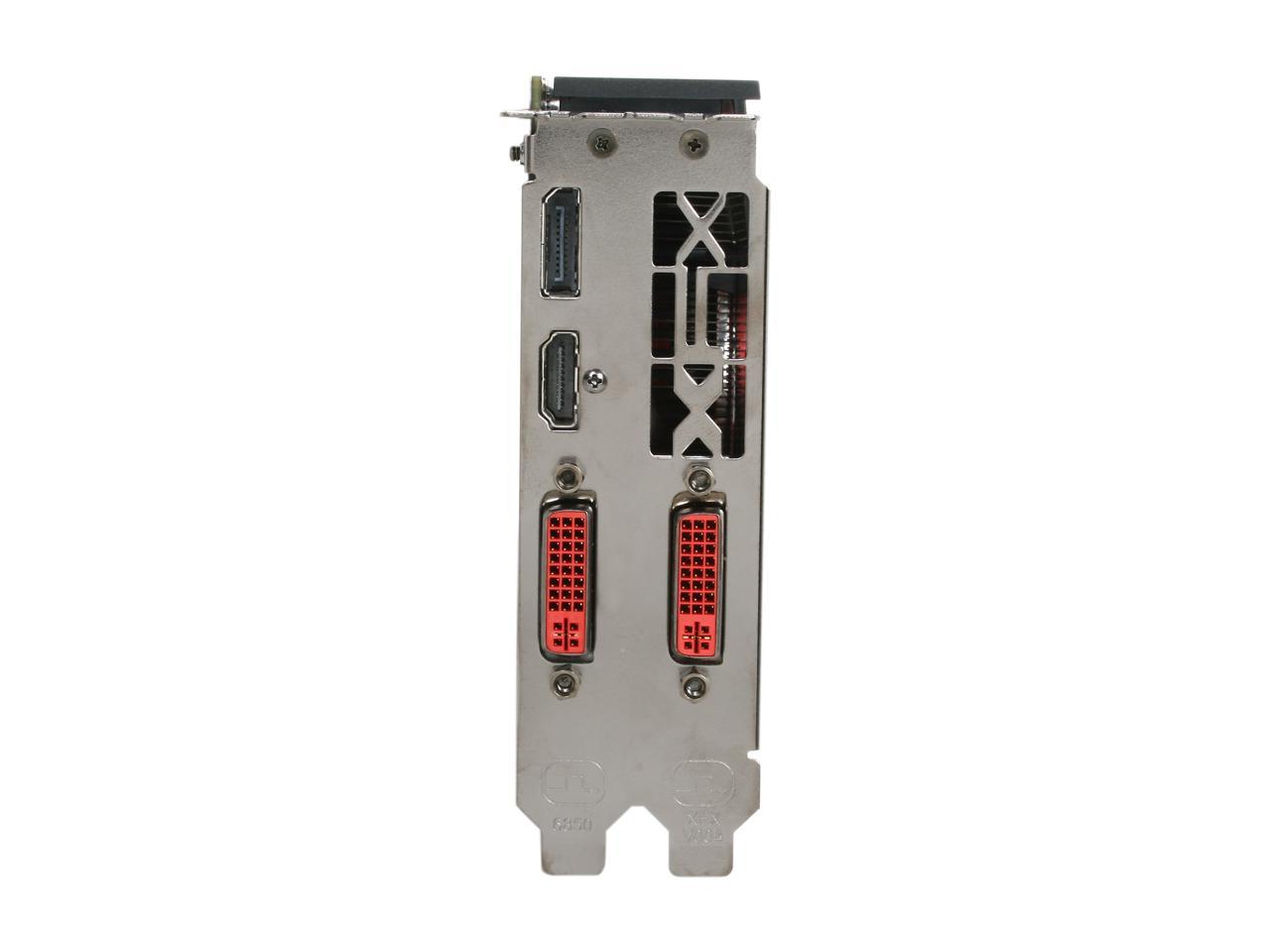 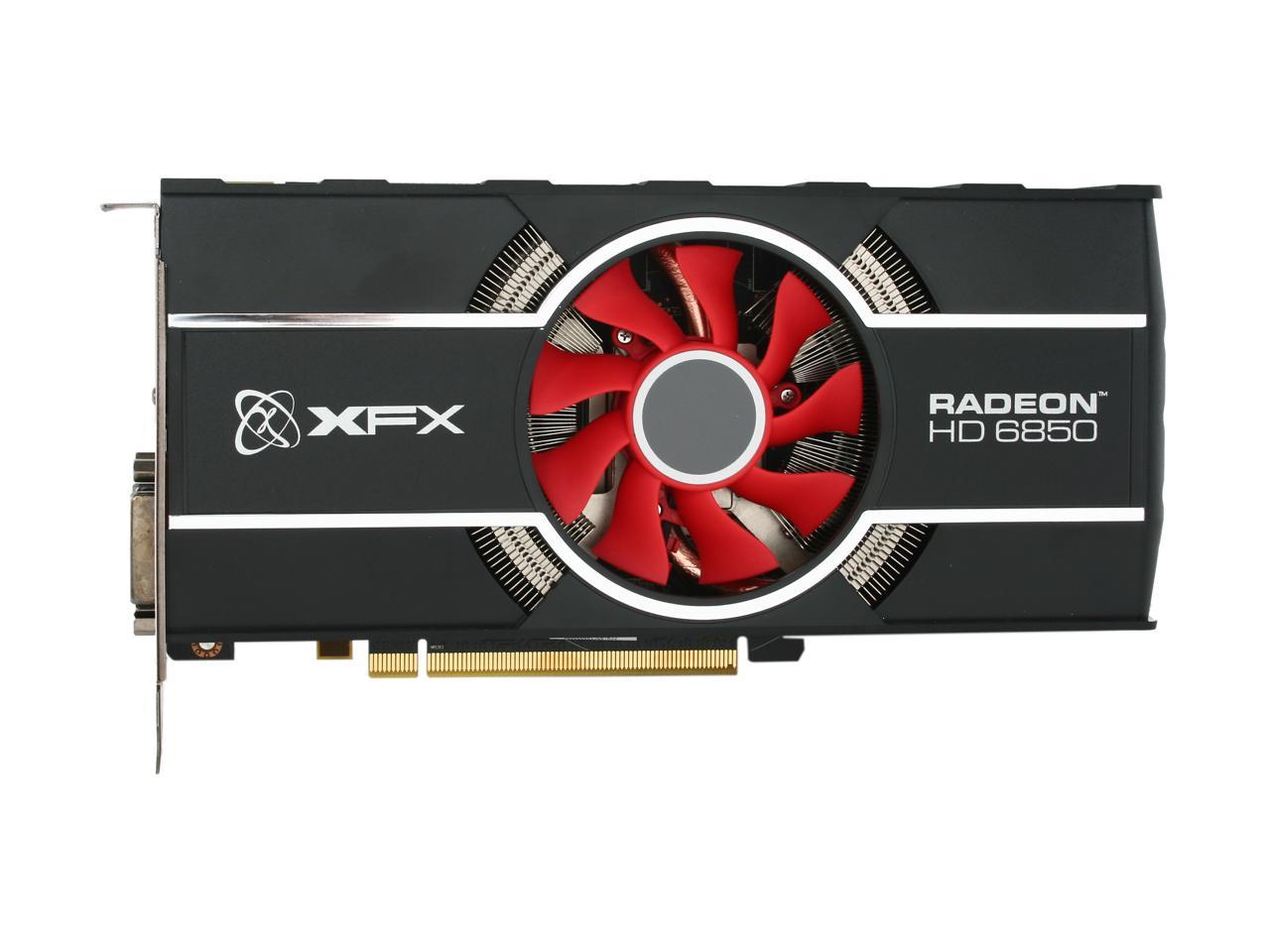 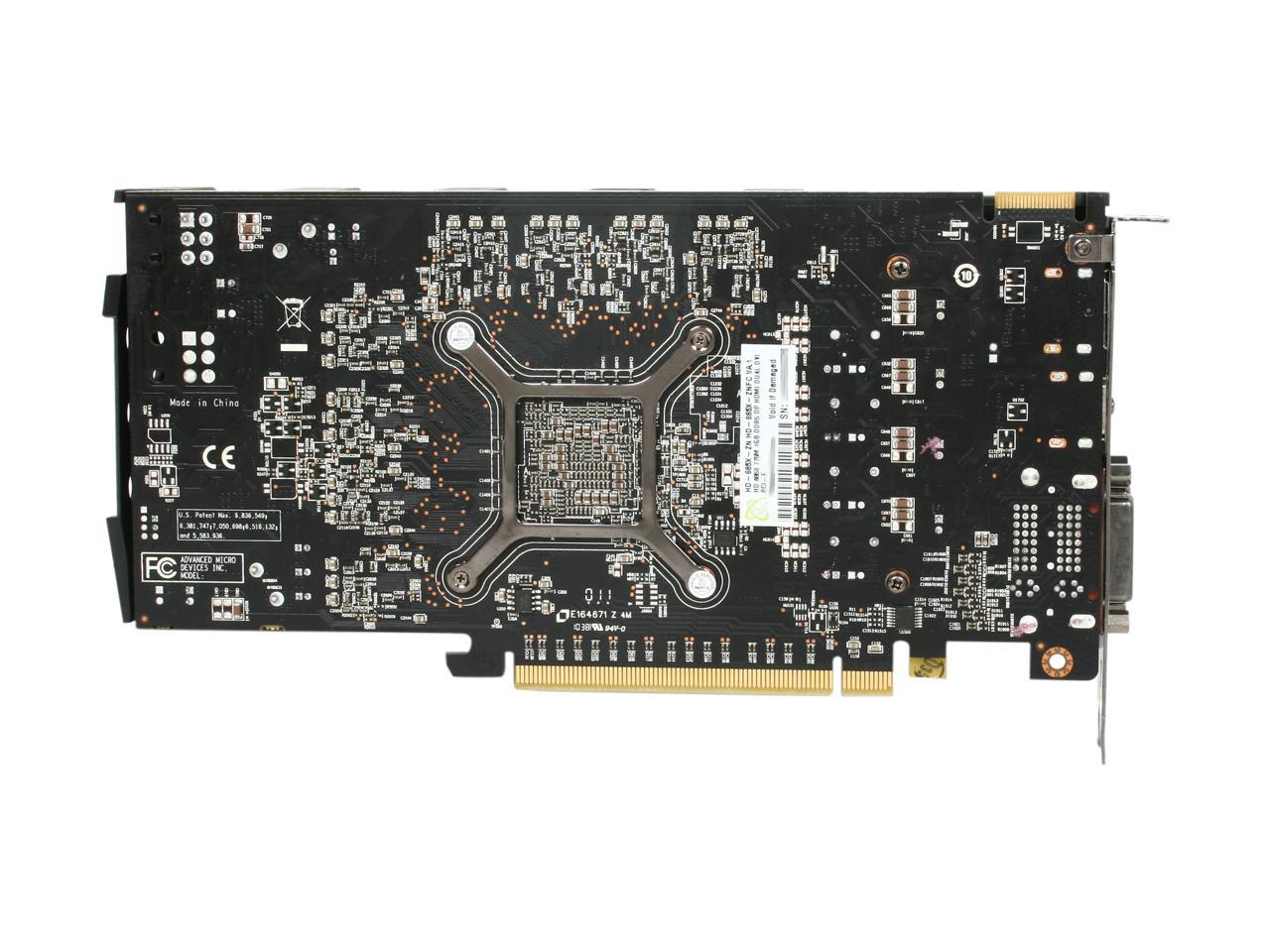 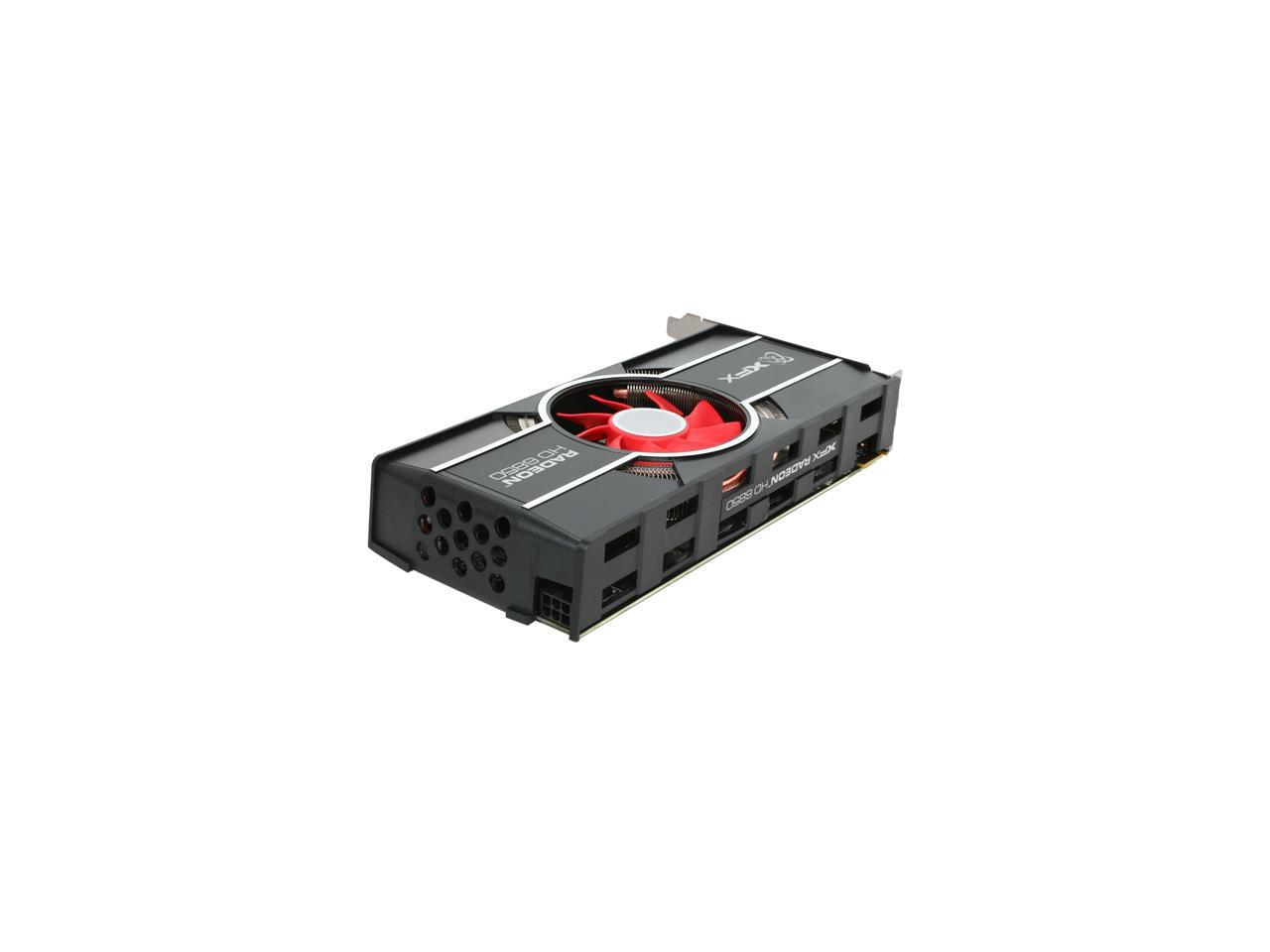 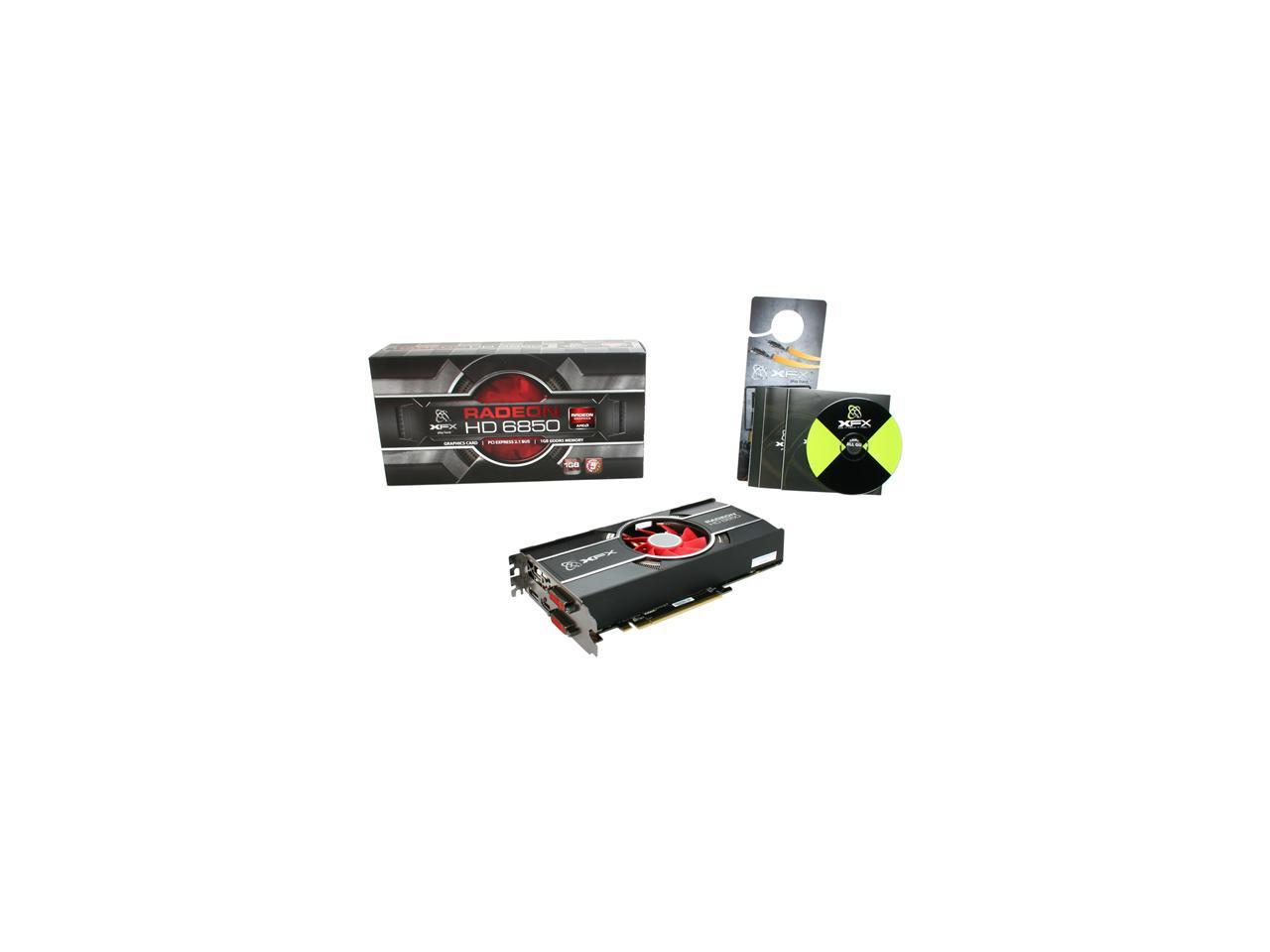 (111) Write a Review
OUT OF STOCK.
Overview
Specs
Reviews
With the 6000 series, XFX is literally putting you in the game. The AMD Radeon HD 6850 is 3-D ready and one of the first HDMI and DisplayPort 1.2 solutions for Stereoscopic 3-D on the market.
The AMD Radeon HD 6850 ushers in a new era of gaming that takes users to an entirely new level. The AMD 3-D experience is truly immersive and seamless. AMD has also teamed up with other Open 3-D ecosystem partners to provide consumers with more choice, more innovation and lower cost.
The AMD Radeon HD 6850 offers no compromise performance with flawless image quality so users aren’t just playing the game – they’re in it.

Learn more about the XFX HD-685X-ZNFC

Pros: Great performance for the price. Had been looking at the 5770 until I heard that the 6800 series would be out before November and glad that I waited as price/performance value is much better for the 6850, which is very close in performance to the more expensive 5850, while using less power. I also had to contact XFX customer service for the BIOS update to address the fan noise issue and got a very quick response, which was good given that XFX charges a $20 premium on this card for their lifetime warranty.

Cons: I was seriously thinking about returning the video card because the fan was so noisy and I did not want to manually reduce the fan speed for fear of having the card overheat, until I read the posts about the BIOS update fix. XFX should have done a better job with quality control before shipping these cards running at such a high fan speed although I am glad that they did address the issue with the BIOS update. Also, although they did respond quickly they didn't offer much in the way of instructions aside from providing the ISO file. So if you are an amateur you could be in for a frustrating experience. I also read that fan uses sleeve bearings so I do have some concerns as to how well it will hold up but we will see if the lifetime warranty comes in handy.

Overall Review: This is probably the most bareboned of all the 6850 cards as it does not even come with a DVI to VGA adapter as most other cards do. So it would appear that the lifetime warranty is the main reason for the premium price. Also, as an FYI, if you are still running WinXP, the WinXP software/driver on XFX's website does not work so you need to go to AMD's website and get the "hotfix" WinXP driver that AMD says has not been tested or supported.

Pros: I purchased this card to replace my aging Radeon 3850. Initially I intended on getting the 5830 but, upon seeing this card become available, I quickly changed my mind. This card performs GREAT at a price that is more than fair. Right now playing Fallout: New Vegas maxed out at 1920x1080 with no problems. Gets a 7.7 in WEI. Installation was also a breeze. It was as simple as uninstalling the old drivers and then using the ones provided on the included disk. It's also a good looking card, and not too big. Only a little over 9". Overall I'm very happy with this card, so far!

Cons: For whatever reason, my card (and from what I've read, another reviewer's elsewhere) had the fan running at a fixed 73%, which was quite loud. Upon registering your product, they provide you with a flash file to correct the BIOS. Now it hovers around 40% which, though still not quiet, is an improvement. The only other issue I have is that I wish it came with more accessories (re: any). No adapters of any kind and no Crossfire bridge. Oh well. Neither of these issues are anywhere near knocking off an egg, however. If anything changes, I will post a revised review.

Overall Review: It comes with a Lifetime warranty, which is also transferable to the next owner. Though it may add to the price tag, it's a great value I feel.

Pros: I can play Battlefield Bad Company 2 at 1920x1080 at highest settings with absolutely no lag. This card is amazing. Such a step up from my old card. If you are somewhat serious about gaming, do not hesitate to buy this. This card makes such a huge difference.

Cons: It is a little big, so have fun trying to stuff this into your case.

Overall Review: Extremely good deal and product. I am extremely satisfied with my purchase.

Cons: -Fan is LOUD! -Not only is the fan loud, you can clearly hear the RRM changing ever few seconds which to me makes it sound kind of funny and noticeable. While not I have to manually set the RPM in CCC as to not bother me.

Overall Review: Other than the quirky fan, its a great card.

Pros: Performs Well and runs SCII and Portal 2 at maxed out settings getting a constant 60FPS on a 1920x1080 Res.

Cons: Loud! Its not too bad because I have a sound proof case and usual game with a headset, but if yours computers sitting next to you it can get annoying. Also runs a little bit warmer then what i've seen from the MSI and Gigabyte cards.

Overall Review: Overall very pleased with this card, but make sure you have good air ventilation in your case because the non-ref heatsink exhausts into the case aswell as outside.

Pros: * Fits nicely *Easily Oc'd *Stays Cool *Not Loud *Eats Everything I Can Throw At It.

Overall Review: I use to be an Nvidia only fan boy, but after getting this card I say I'm glad to give Radeon series another try. Right now as budget cards go this is the best deal on the market. You won't regret buying this card.

Pros: Very good cards have them running in crossfire and haven't ran into any issues yet. They run a little warm but that's more than likely because I have them in crossfire. Very nice looking.

Cons: So light they almost feel cheap but they do the job they advertised just fine. A little loud.

Overall Review: Seems like a great card so far I'd buy them again.

Cons: I think it's a con that everybody is crying about the fan noise, it's whisper quiet when turned down to 30% or less, which is easilly doable with the included software. Even with an OC of 850/1200 (maxed for ati overdrive) and with the fan set at 20% (quieter than my already quiet system) it idles at 50c and at max load after hours of gaming it tops out around 76c. Those are very acceptable numbers, the fan is a little loud at 40% and very loud 50%+ but you should never have to turn it that high unless you have a system with very poor air flow and are crossfiring and have other unusually high heat components.

Overall Review: I plan on upgrading my system with a new mobo/cpu/another one of these gpu's for crossfiring. Really look forward to it, should last for years with that setup. But even as it is I can play WoW on max settings with the framerate only dropping to around 30 in 25 man raids and in dalaran, which are both limited by my cpu (amd phenom II x3 unlocked to x4 clocked at 3.15ghz) This card is a great value, if you're considering buying, get it now before the price is hiked more