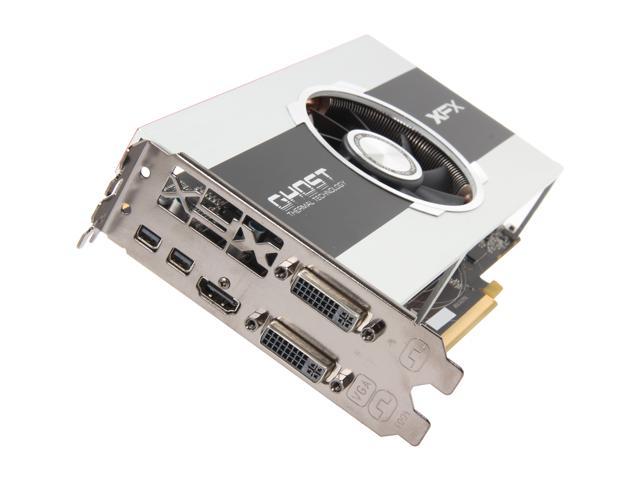 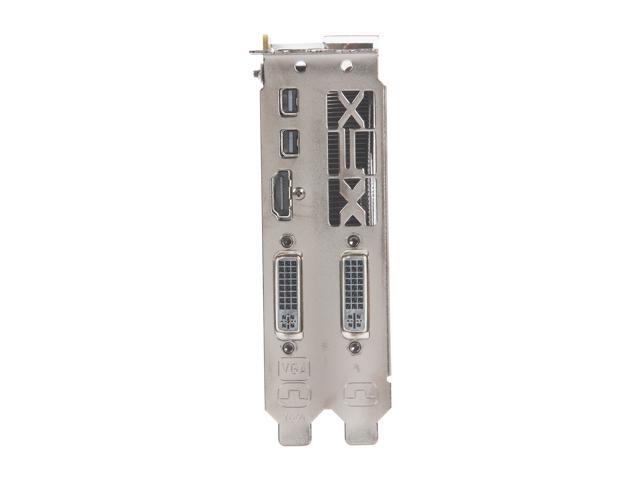 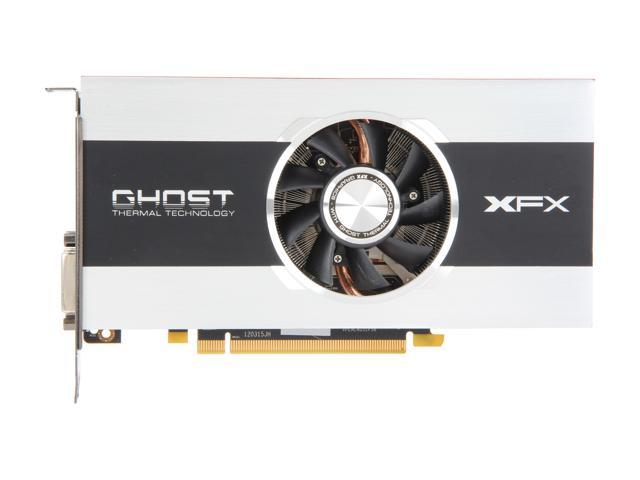 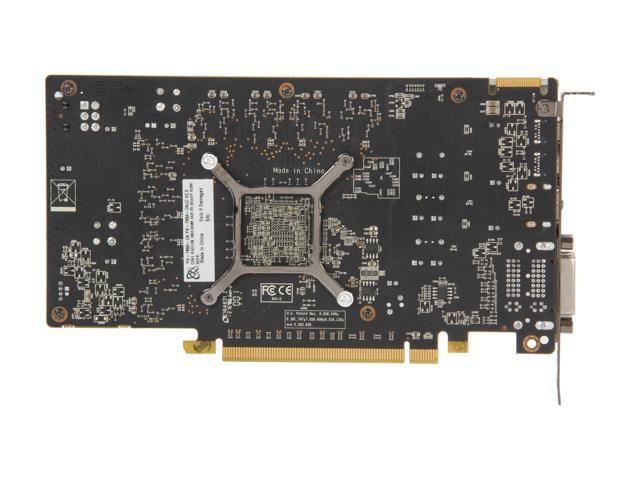 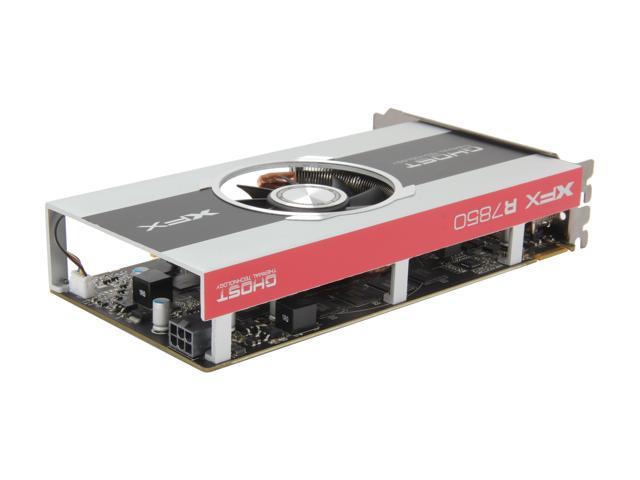 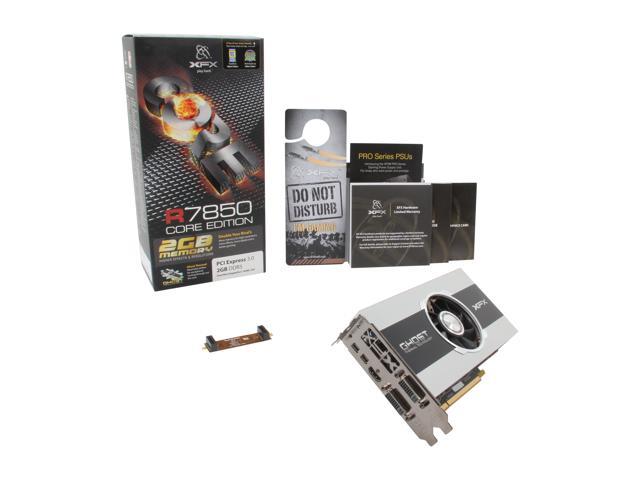 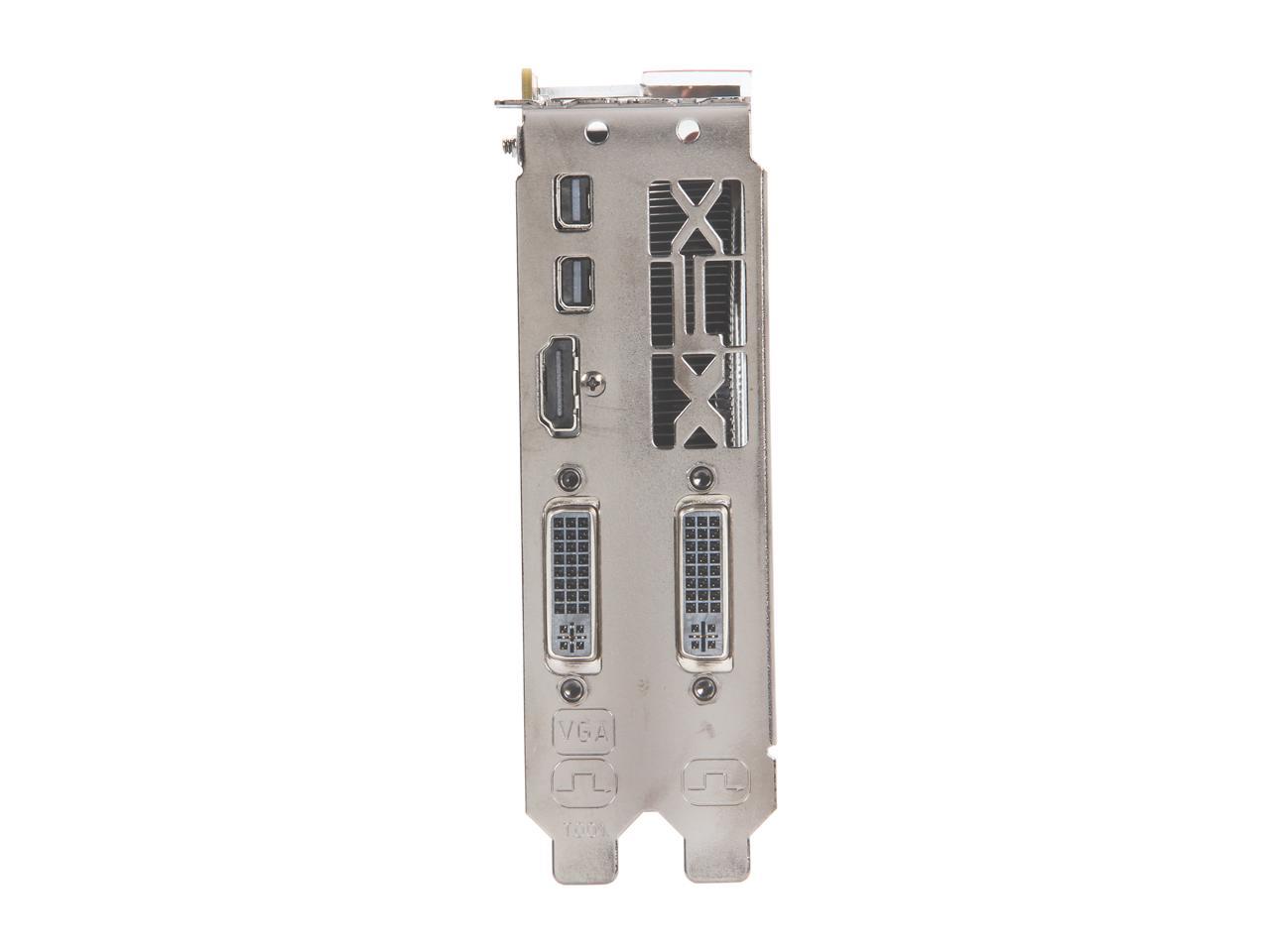 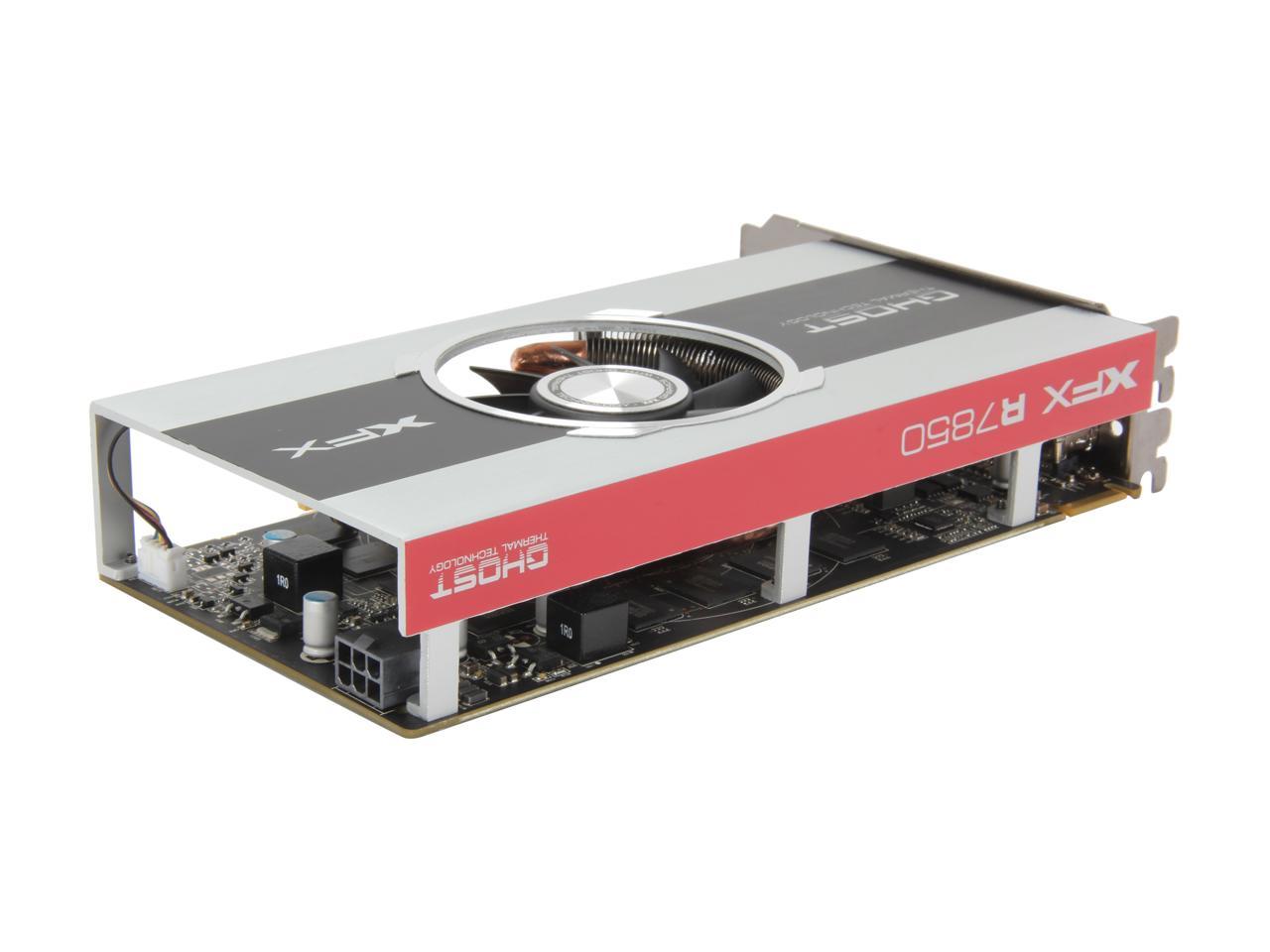 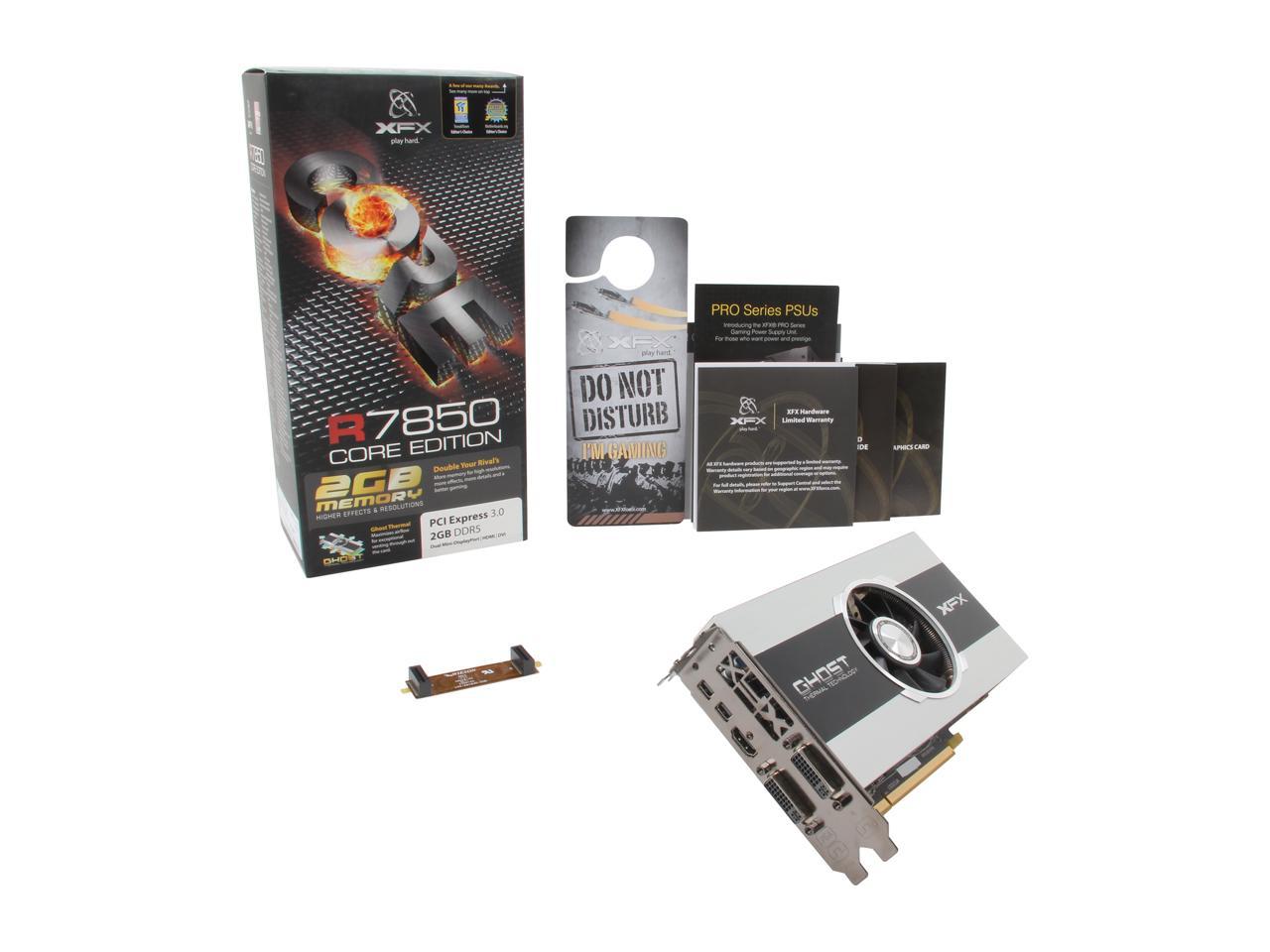 Learn more about the XFX FX-785A-CNJC

Pros: WEI- 7.9 Blazing Fast! Quiet! Plays Bf3 on Ultra settings on a AMD 955 BE Without any signs of lag! Small Gfx card to fit smaller cases LIFE TIME WARRANTY! Thank you XFX! Purchased at 189.99$ when on discount

Cons: Zero, Everything is perfect as of now! (Will update in future if a "con" appears with the card)

Overall Review: Great card, GPU Benchmarks shows the card is in the top 20's of highest rated cards. For the price i can't see why you shouldn't buy it. Also, life time warranty just shows you XFX has faith in the card to last you a life time. Fits perfectly in the NZXT GAMMA case. Overall, 5/5 a must have for any PC!

Pros: *the card i purchased is indeed the "Core" edition but has 1xdvi 1xdvi, dual link, 1 hdmi 2x display port* (upgraded from an XFX HD 5770) Plays everything you could want to play. I don't play the BF series so i can't speak to that but works great on a fresh install of windows 8. can play borderlands 2 and guildwars 2 at the same time on different monitors. plays skyrim on high settings and gets great fps. IIRC it idles at 51C and runs on games about 62C or so while in game. the CCC does have overdrive where you can OC this card and manually control the fan but in most cases i don't think that is necessary + it can void the warranty. if this card gets any cheaper im likely buy another one. after buying just take the time to register your card with XFX. after having shopped for every AMD card plus every manufacturer i settled on this one because of the quality/the price + the XFX warranty. the only other warranty that comes close is visontek, but the reviews for that particular series of card was horrible.

Cons: as is with most AMD cards, the issues is the drivers. the hardware especially with XFX is perfect. i have never had an XFX problem ever. in windows seven i was having some issues with ACR slowing down and really lagging and lots of flickering in Skyrim. after countless hours of trying every available drive + even beta drivers at different times i finally concluded it was time to upgrade to windows 8 (fresh install). that has solved 99.9% of my problems. in the open world of skyrim it will flicker every now and then but its really, really rare. im not positive but i think the problems may have been with display fusion but as i have already installed windows 8 i can't go back and test that but the flickering still happens sometimes so i have to concluded it might be the rest of my hardware. - went on sale about two weeks after i bought it. now comes with three free games.

Pros: Works great, i bought a computer and it came with an outdated video card so i had to upgrade. being that my antec case isnt very deep this card was perfect. Everyother graphics card tends to be around 9.5 to 10.5 inches and this one was two inches shorter at around 7.4. Seems a to run a little hotter than most of the other versions of the hd 7850 at around 50c and peak at 70c when i hear most people say theirs run at 40c and peak around 60c. It might just be lack of proper airflow also. Plays Skyrim on high and almost ultra with some artifacts and drops in framerates (all drivers updated). I have an outdated i3 540 so i cant exactly give a fair review on how a game could run, but i think its safe to assume that if you have a newer i5 you could run anything on high to ultra with steady framerates. Most importantly, it worked on arrival with no installation hiccups other than my case being to small.

Cons: Rest of my computer needs a serious upgrade. This card now dominates every piece of hardware i have installed Two worlds II is like that crappier redheaded stepchild of witcher 2. Not really a good game. Makes you want to punch yourself in the face when someone talks. But its free. No rebate either but no one ever has good luck with those so who cares.

Overall Review: I plan on buying another after i upgrade my motherboard,computer case, and processor so i can run them in crossfire, Im sure it would be overkill but thats the point.

Overall Review: Customer Service replaced my card for free after mailing it to them. Had to give a good review due to that.

Manufacturer Response:
Thank you for the review, we really appreciate you taking the time to write it. If you have any questions, please let us know. XFX Support Mark at XFX neweggsupport@xfxforce.com
Kory K.
Ownership: more than 1 year
Verified Owner
Bulletproof Card!7/26/2015 12:03:15 AM

Pros: Had this card for 2.5 years and it played every single game on either ultra or a mix of ultra and high settings! Including games as Arma 3, X-Rebirth (after optimization patches lol) Shadow of Mordor, and the list can go on and on for what I actually played!!! The fan was pretty quite and never had any heat issues at all. The card never failed me. I sold the card because I upgraded to a newer card because I had some extra cash and like having the nice new stuff:)

Cons: For the price, Absolutely nothing! My only complaint, is not with this card, but with the gaming industry at the moment. Many games are being optimized for Nvidia, and you can feel left out at time with new releases or game engine optimization issues. World of Warplanes ran HORRIFIC until after launch for all AMD users, X-Rebirth was the same. That is the only complaint, and it will more than likely change in a few years as it usually does back to amd.

Overall Review: Anyone looking to buy a fantastic card that does not want to spend a bunch of money should look into one of these. This card WILL run every game that comes out in the next 2 to 3 years minimal. It SHOULD run all of those games on ultra to high for the next year, 2 to 3 years down the road it will more than likely be a mix of high to medium for most games with some being on ultra. It will depend on the game. I'm just saying this because I have been pc gaming for the last 15 years.

Manufacturer Response:
Thank you for the great review Kory. We appreciate your support and efforts to review our products. Thank you XFX Support neweggsupport@xfxforce.com
yang k.
Ownership: 1 day to 1 week
Verified Owner
12/6/2012 2:12:43 AM

Pros: I tested the card through the windows experience index, and it ran at 7.9 which was pretty sweet. It also came with three games when I bought it - another plus. It runs very cool considering there's just one fan. I'm very impressed with the speed to $ ratio.

Cons: It's not gonna win any beauty pageants, but who's gonna see it? Also, only one fan, but it's been running cool thus far so I'm not concerned.

Overall Review: This card is great because it fills that gap between $150-180 cards and $300+ cards. The performance functions much closer to the cards 100 dollars pricier, than it does to cards less expensive. Apple is using these cards (the radeon hd 7850) in their new rigs (supposedly, as their OS X mountain lion update beta comes with the drivers for it) so you can expect that these cards will remain relevant for a pretty long time.

Pros: Great price, haven't tested it with many games but many other people here can atest to it being able to run demanding games

Cons: Upon startup, that is right when the windows desktop appears, a high pitched sound eminates from the machine. This sound wasn't present when i still had my 9800gt installed. The sound does go away after roughly 5-10 minutes. I am unsure if this is normal, I have never owned a 'higher performance' gpu and have heard of the mosquito sounds when playing games that can be normal?

Manufacturer Response:
Hi Dan, sometimes we refer to such noise as "coil whine." It can be caused by simply being worn in, lack of power, over use, under-heating, etc. It should be gone by the time you receive this message, but if for whatever reason it is still giving you an issue, we would be more than happy to replace it for you. please contact us at newegg@xfxforce.com or simply open a ticket at xfxforce.com.