OUT OF STOCK
Sold by: Newegg
Shipped by Newegg
Price Alert
Add To Wish ListFound on 9 wish lists 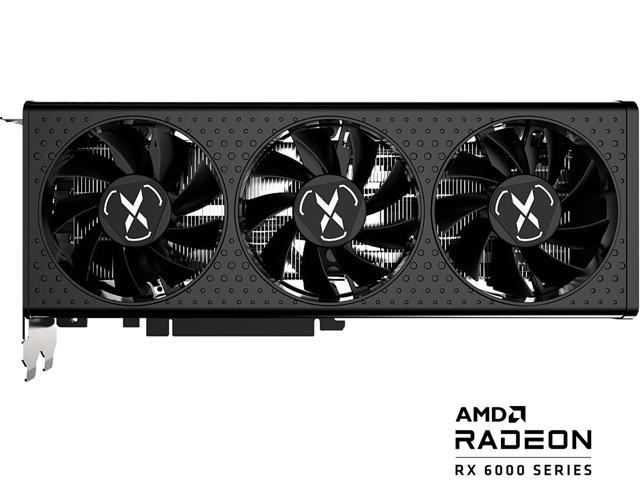 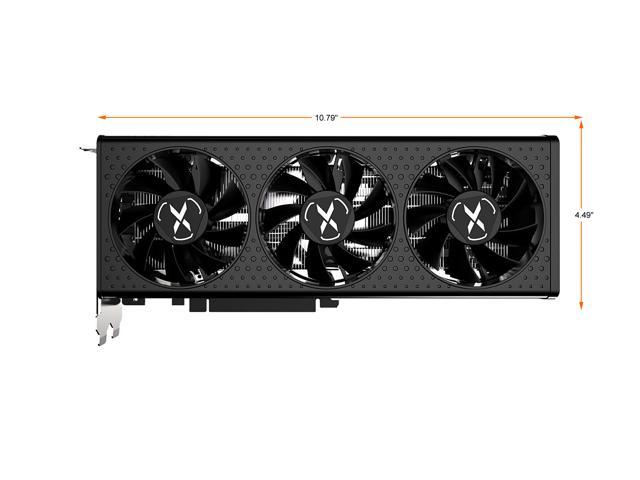 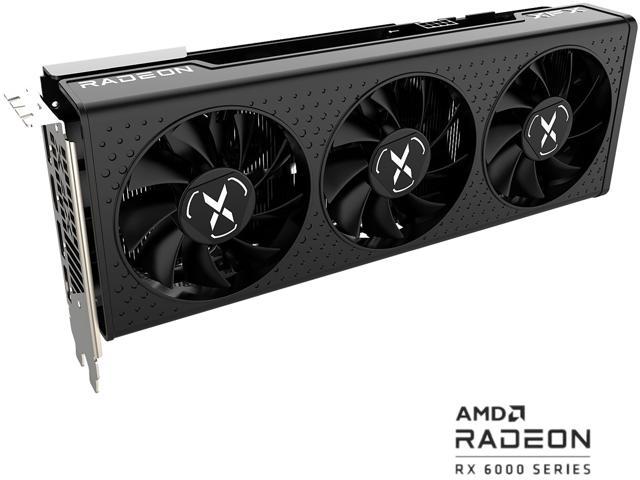 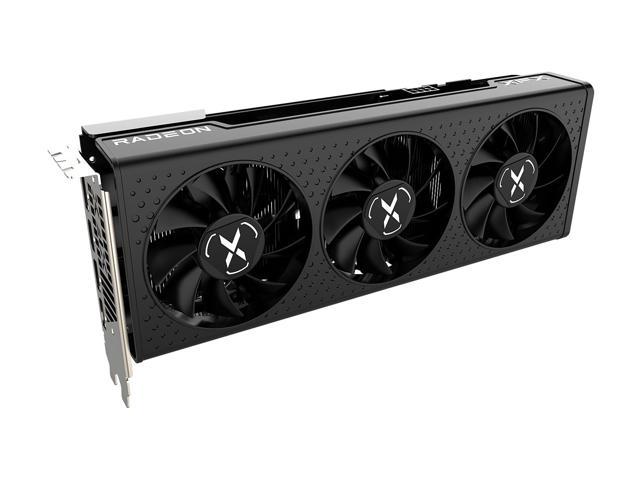 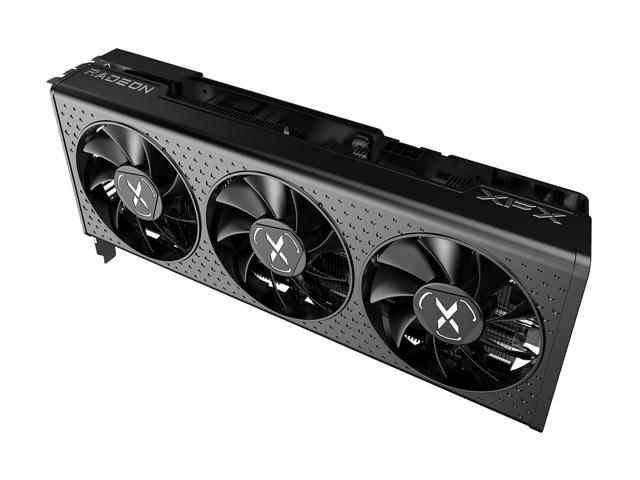 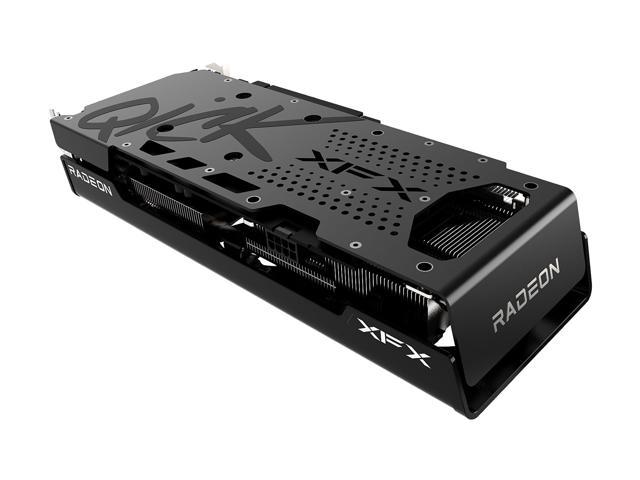 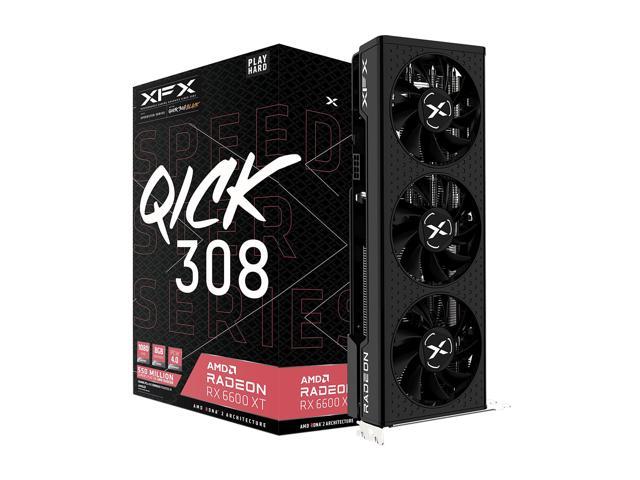 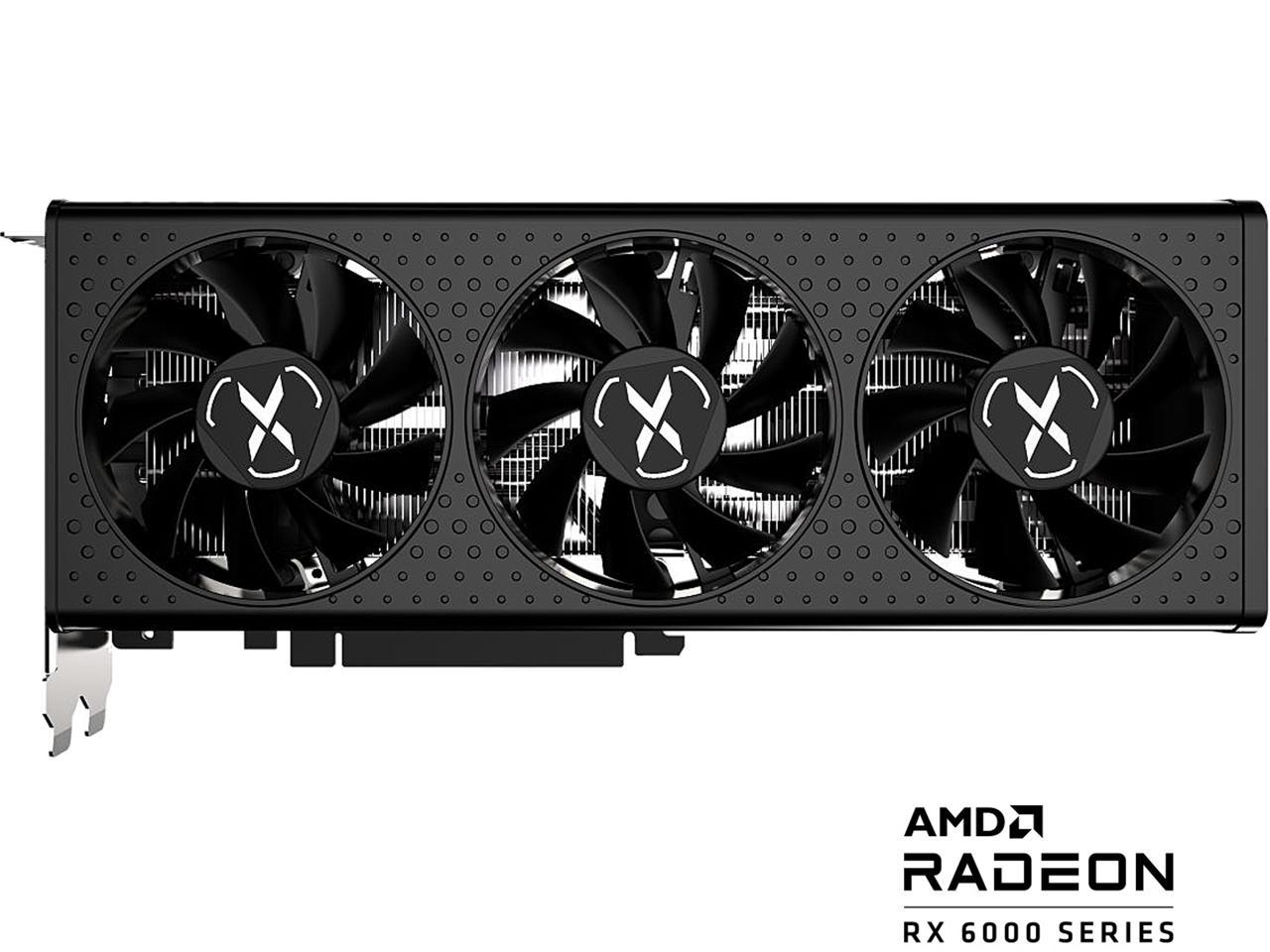 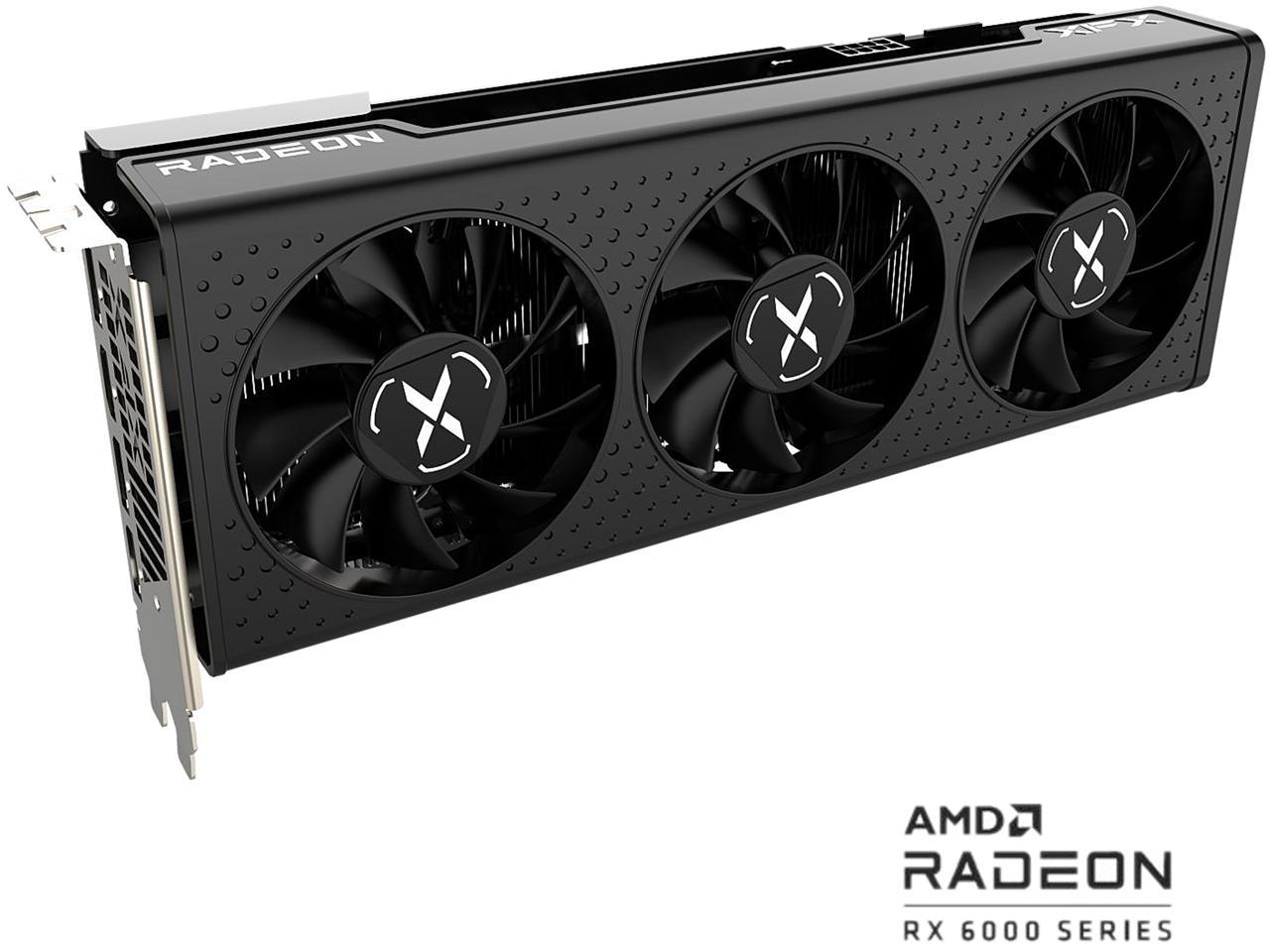 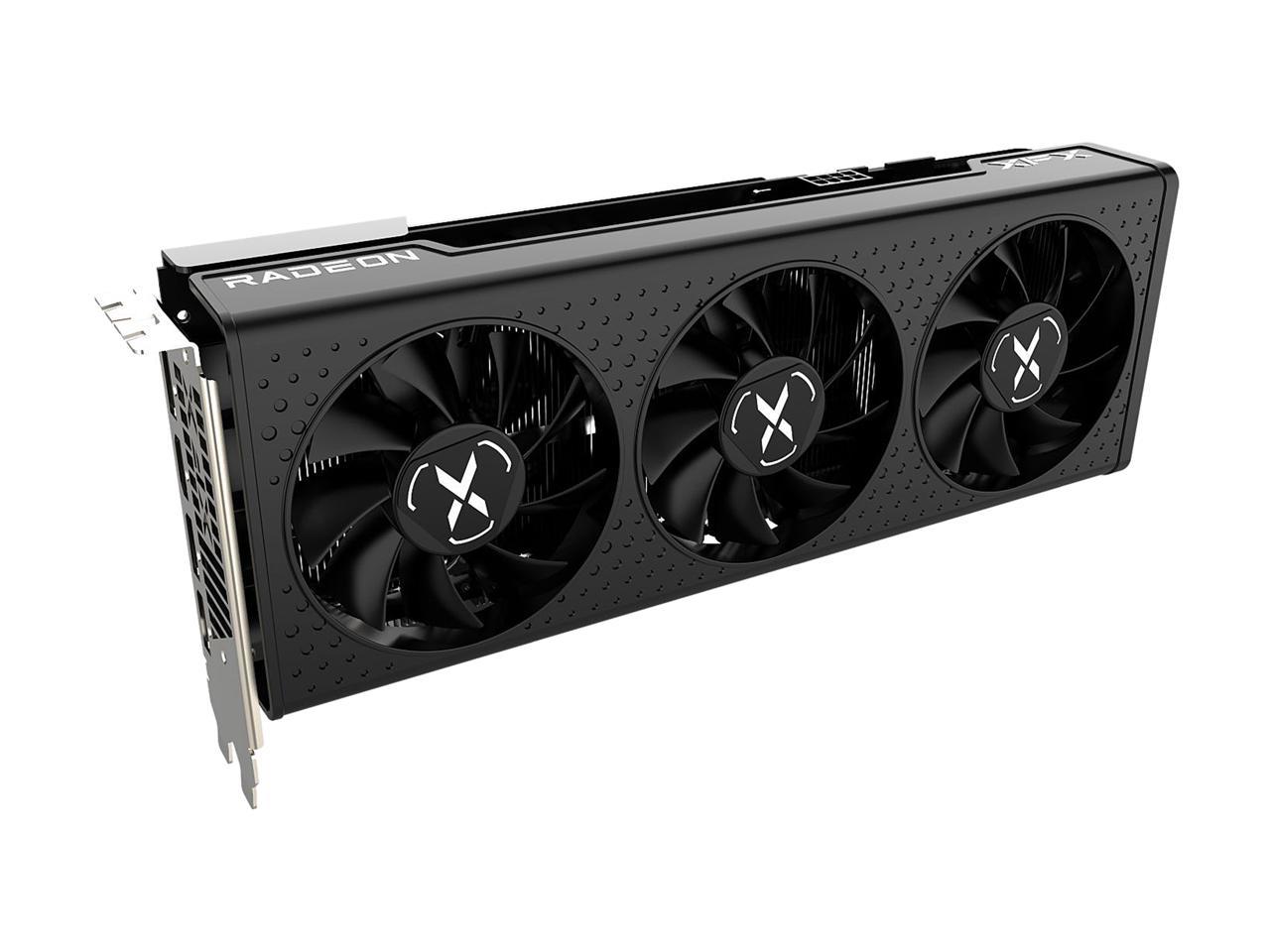 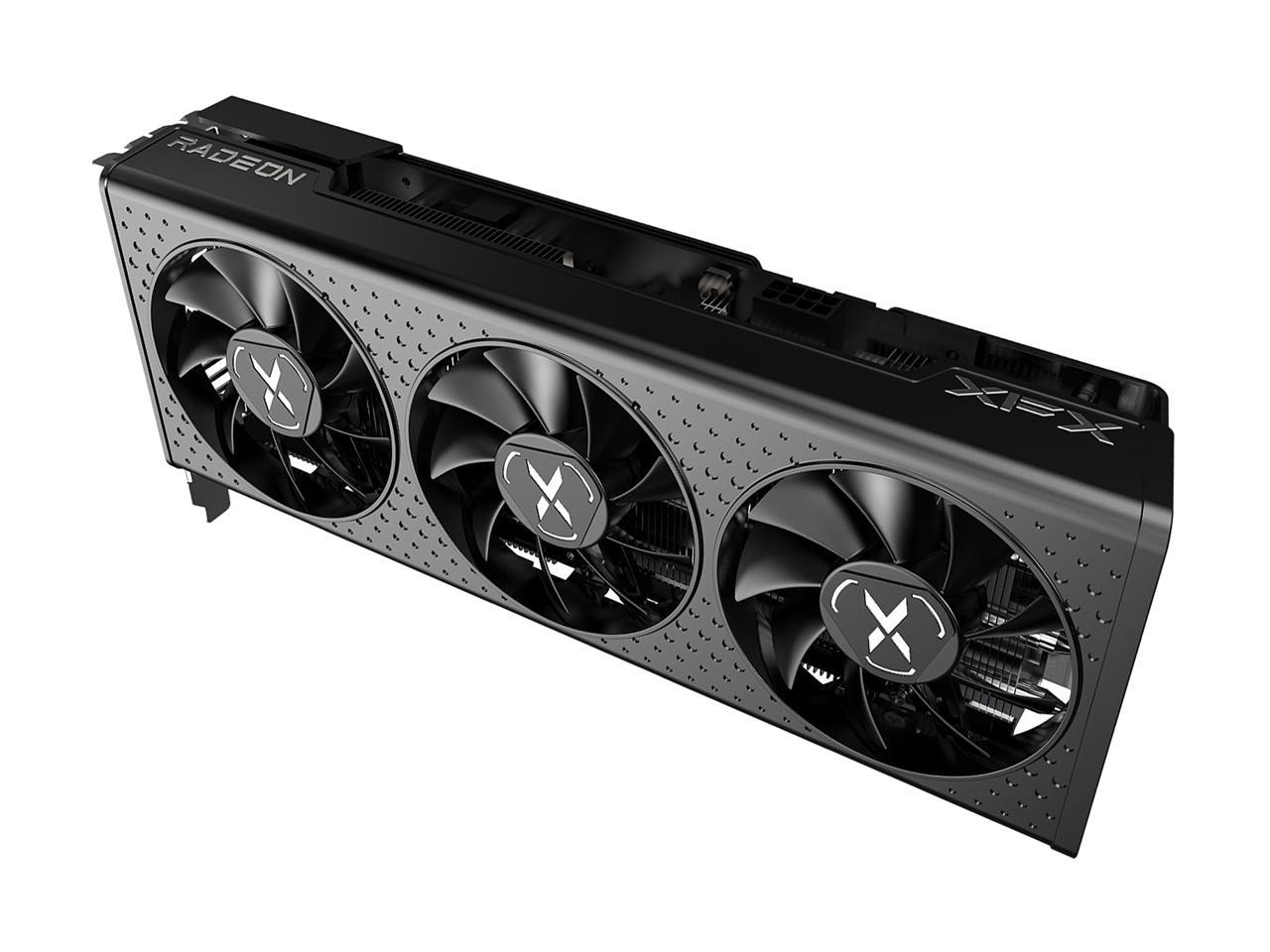 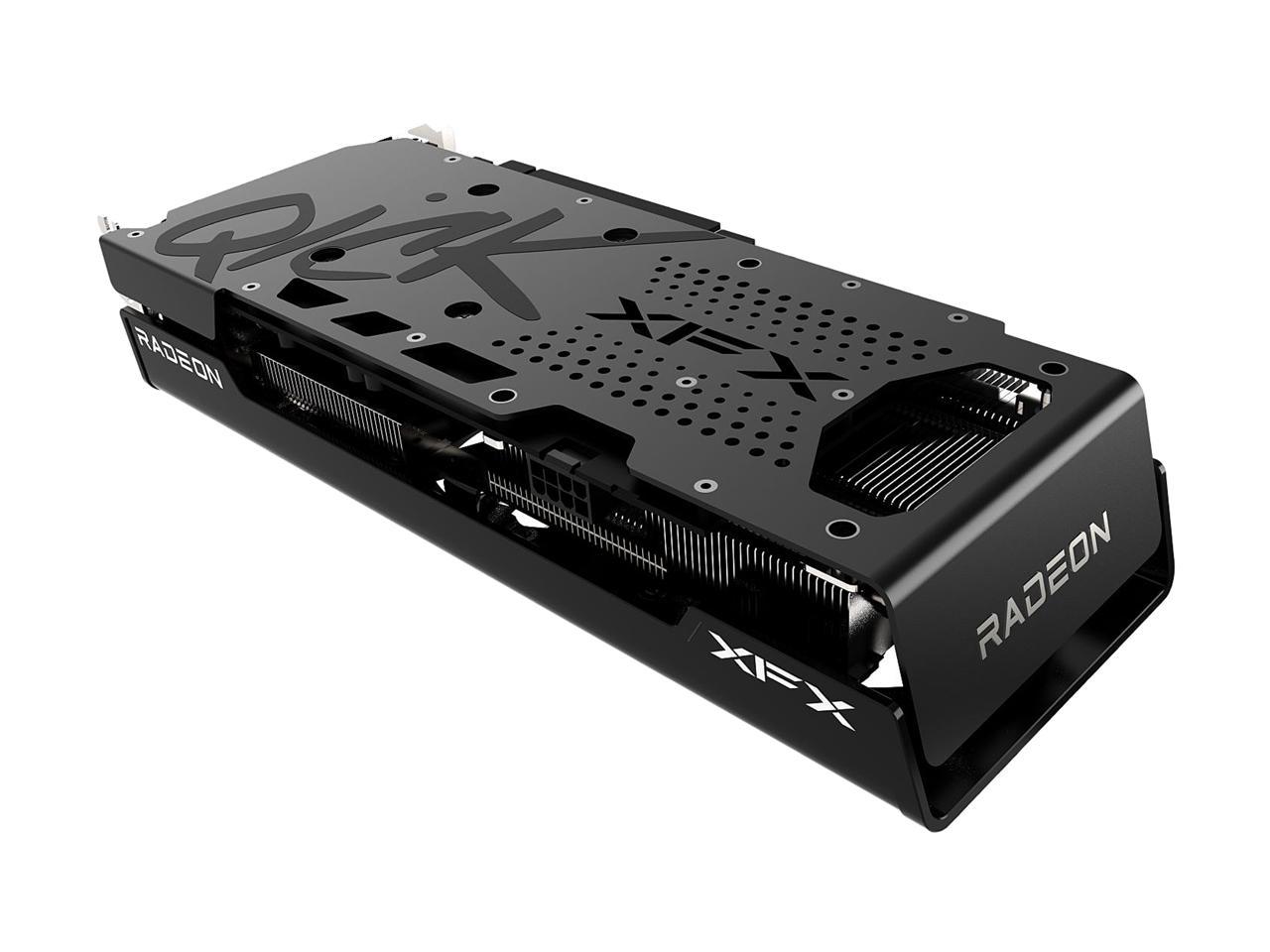 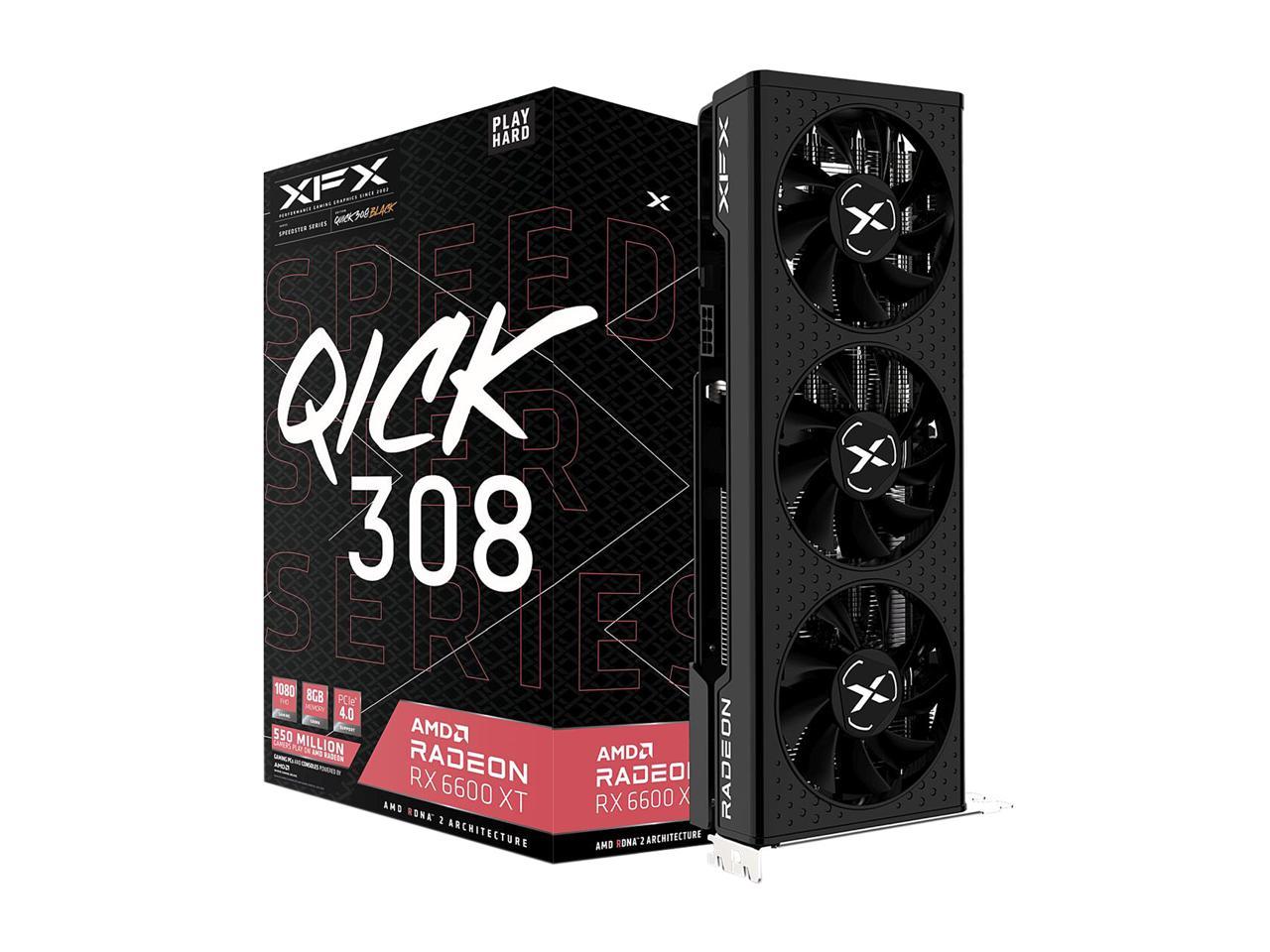 Finding the balance between a good looking card and maximizing it's performance is an art. Where we could improve airflow, we did it, we opened it up while keeping the design clean and cool.

We know enthusiasts like options, so for our MERC 308 RX 6600 series graphics cards we are offering dual BIOS. Giving a backup BIOS in the case of a failed BIOS update.

The XFX RX 6600 XT is built for high-performance high definition gameplay. Experience smooth gameplay performance at 1080p. With support for 8k you are ready for Next-Gen displays. See everything in mind-blowing detail without sacrificing performance.

Learn more about the XFX RX-66XT8LBDQ

Overall Review: This thing is awesome. Super happy I got it in a bundle for dirt cheap with a b550 steel legend mobo. I'd absolutely recommend this card if you can find it near msrp. Was hoping for a 30 series.. ended up with a 6600..couldn't be happier.

Pros: I bought this for my backup gaming machine which is a xeon x5670, 24 gb ram, 1tb ssd. Even though this GPU bottlenecks this CPU and setup I must say it is still really good. The card is almost as quiet as my RTX FE. I use this on warzone on 1080p with a 60hz screen and is super smooth considering it is on a 60hz screen. I have not had an AMD card since a RX580, and this thing is super nice and impressed with what AMD has done in terms of their app. I like their app better than the nvidia geforce experience.

Cons: Not a con of the device, just that prices and availability makes it tough to get. I was able to get this outside the newegg shiffle.

Pros: Great at 1080p and even at 1440 running at high graphical settings. Plays graphically demanding games at high settings with smooth performance. Low power consumption Stays cool typically between 72-80 Celsius and idols in the low 50s.

Cons: Can take a couple Minutes to boot. (Worked directly with XFX to remedy issue with no success) Ray tracing is extremely lacking by todays standards. Better alternatives. Price to performance This is my second GPU whereby the first would not post at all. Technical failure or something else?

Overall Review: With the newest generation of discrete GPUs this one competes better with the last gen, but at a higher cost. Keeping cost aside, the RX 6600xt does what its intended and even exceeded my modest expectations, performing decently at higher resolutions without dropping the games settings. In todays current market, picking one of these up at MSRB with no alternatives available is a good, not great choice. But if youre gaming on last gen, hold off till something more worthwhile. Build specs: MoBo: MSI B550m mortar Psu: EVGA 650gt Ram: 16gb Corsair CPU: Ryzen 5 5600x Gpu: XFX RX6600xt qick Case: thermaltake S100 snow edition

Overall Review: I got lucky and was able to purchase this card in a bundle outside the Shuffle. While I could have gotten a cheaper bundle with a dual fan 6600xt, I opted for the triple fan because I know AMD GPUs run hot. While many say a triple fan for a 160w TDP card is overkill, it certainly isn't if you value quiet. And quiet is the best word to use to describe this card. I use a small form factor ITX computer sitting on my desk and I literally cannot hear the fans spin at all. But there's a big asterisk (*) - the reason I deducted an egg is because I believe the fan curve on this card is too conservative. With stock settings, the card junction temperature hits 103 degrees but the fans are only at 30% speed. While technically the junction temp is within acceptable range under 110 degrees, GPUs last longer when kept cooler and boost clocks are able to go a bit higher. I used the built-in AMD control center to manually set the fan curve. I can get the junction temp under 90 by upping the fans to 50%. While they do become audible, it seems like a decent trade off for increasing hardware lifespan and slightly better performance. Lastly, this card supports dual BIOS but as of this review there are no additional BIOS from XFX. I'd like to see a "cool" BIOS option like they have for the 6800xt.

Pros: Was able to purchase. Not really a pro with the problems.

Cons: Crashes with Bundle motherboard too many times. Maybe next AMD update will fix. With AMD Newer is NOT better. Just buy older model like 5700xt or 5600xt. Those are solid. Back in my days these graphics card run hot but wont stop lol.

Overall Review: Would not recommend buying bundle. Wait for discount on regular price because you will spend a lot of time fixing it.