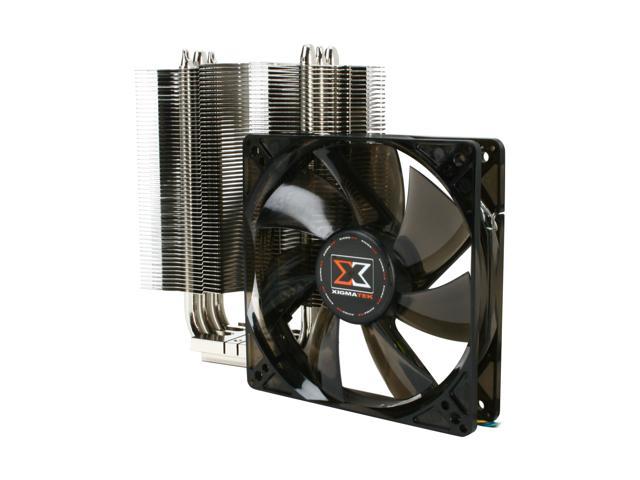 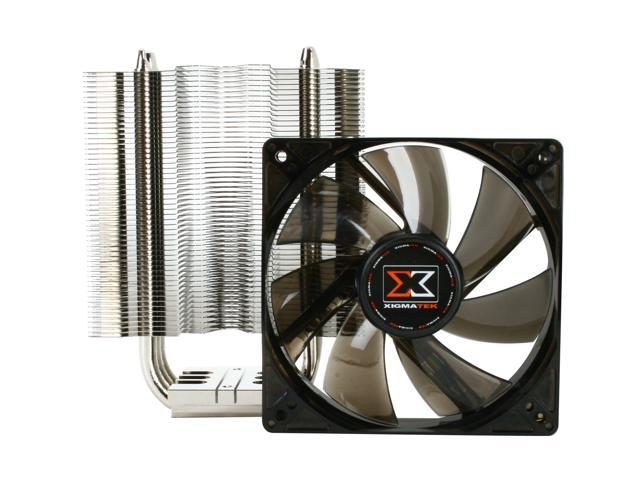 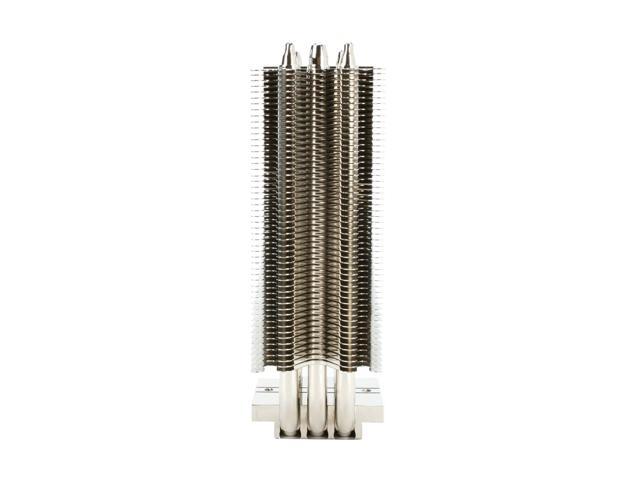 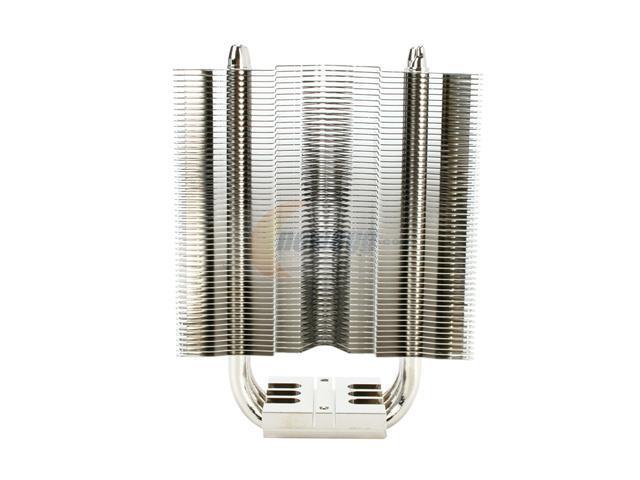 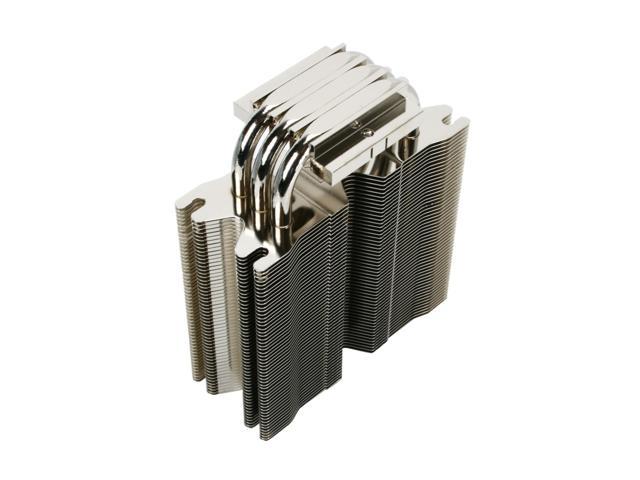 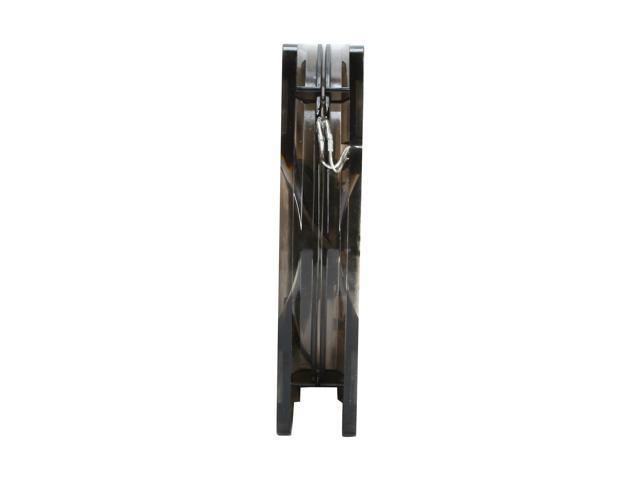 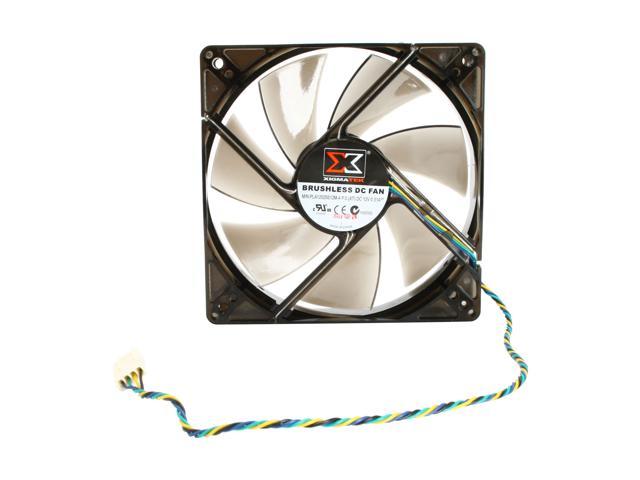 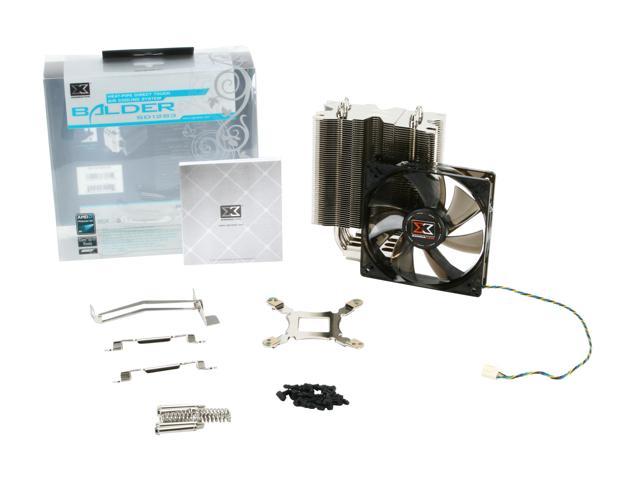 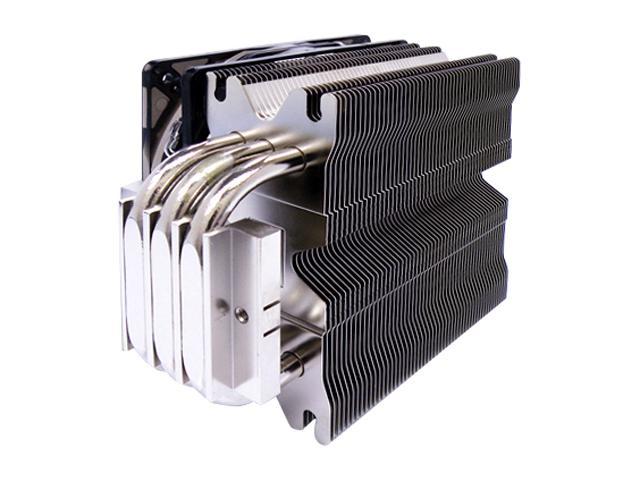 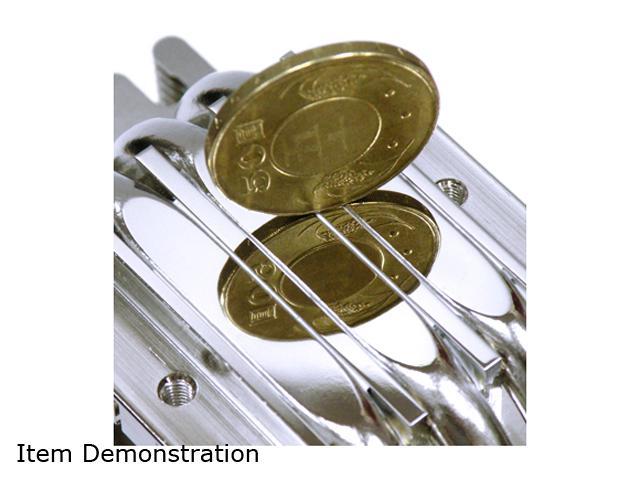 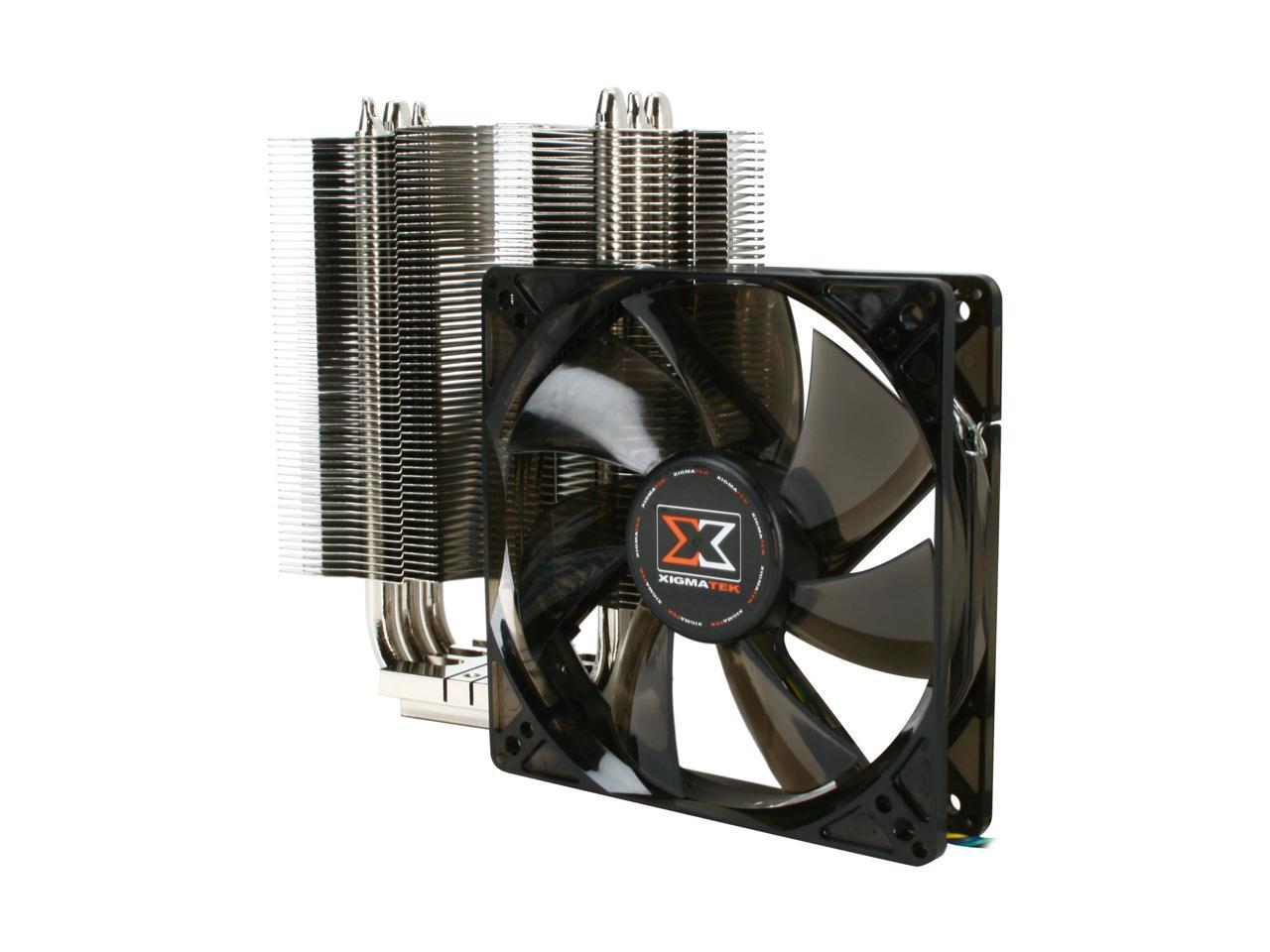 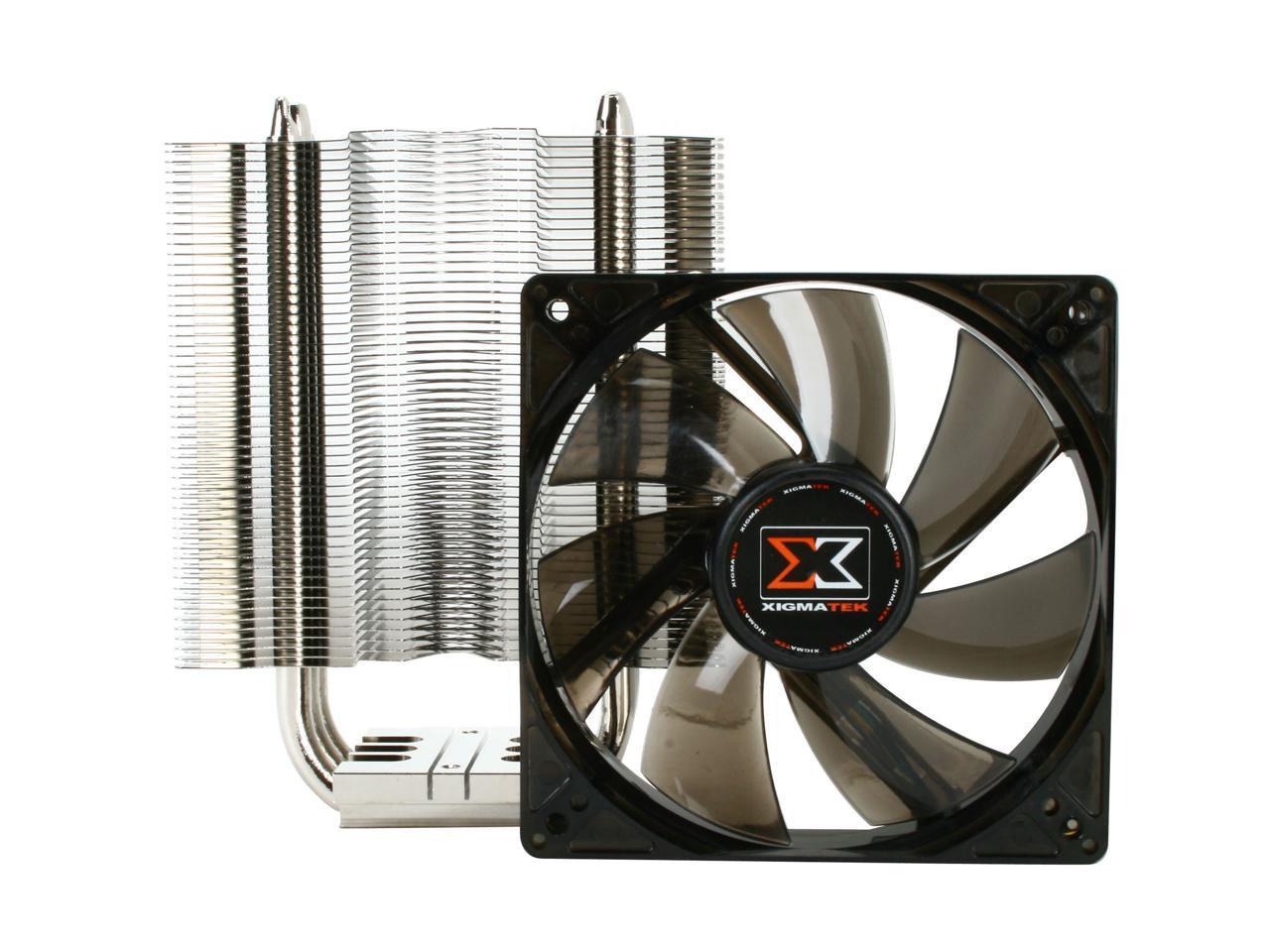 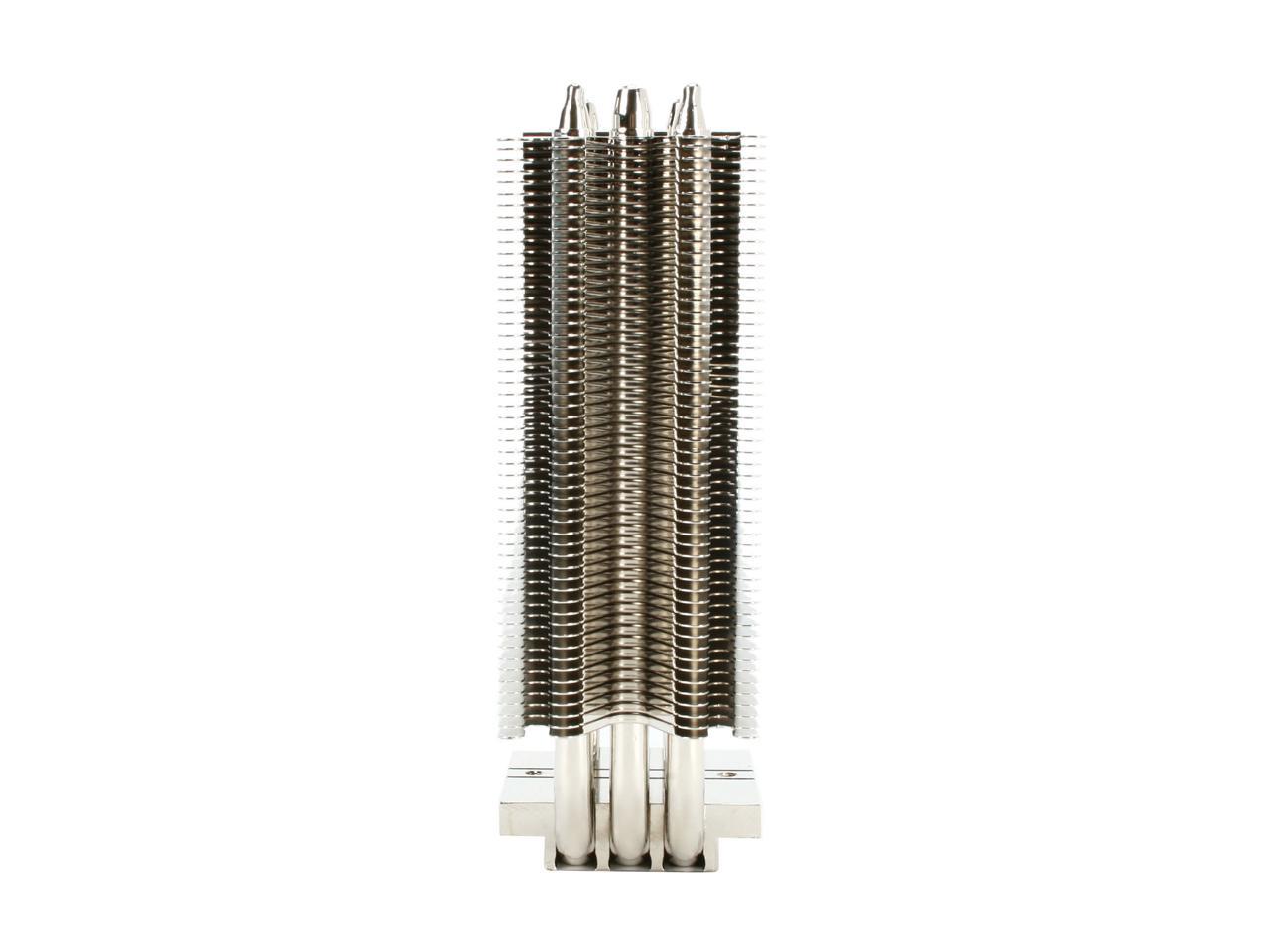 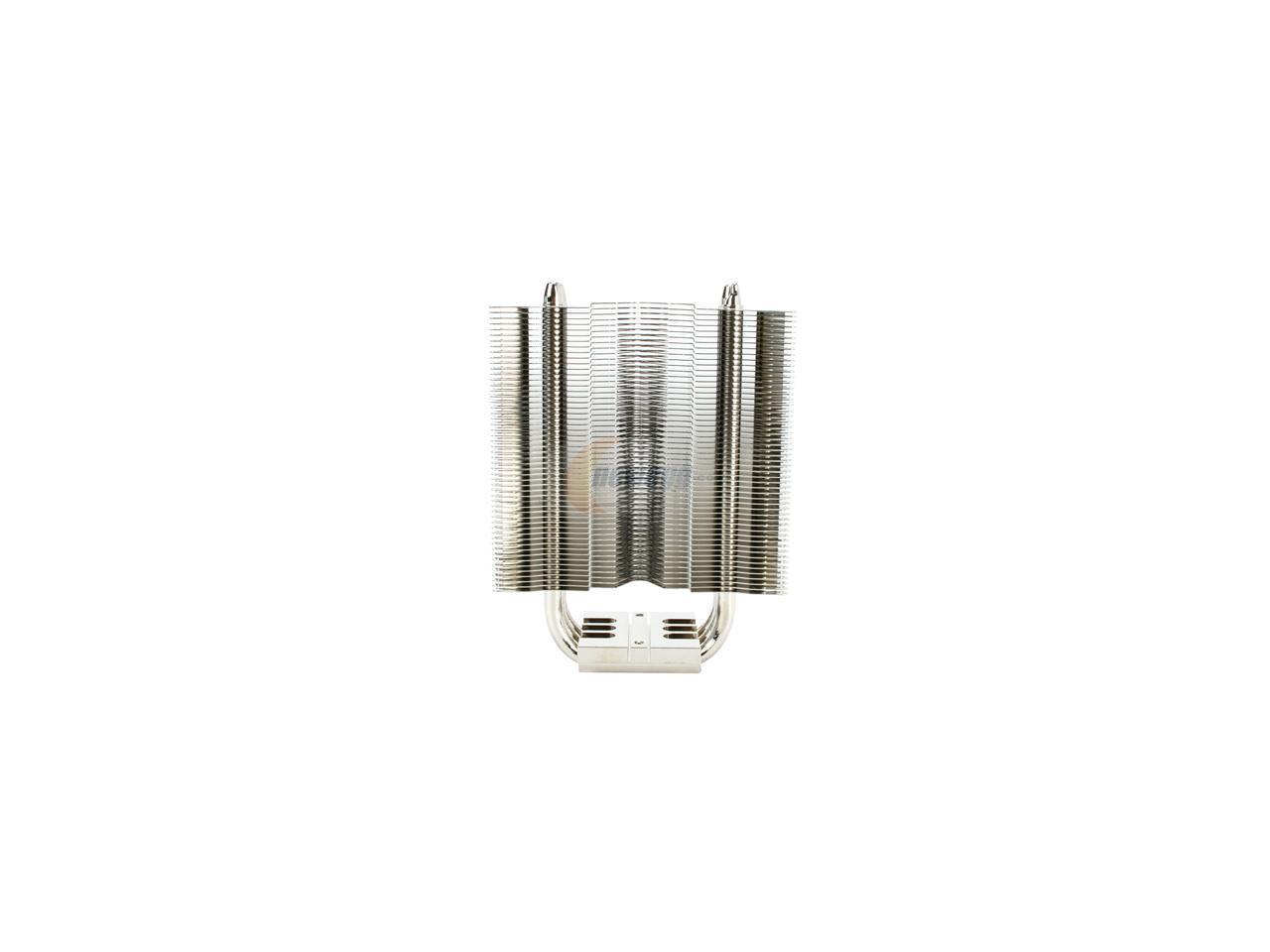 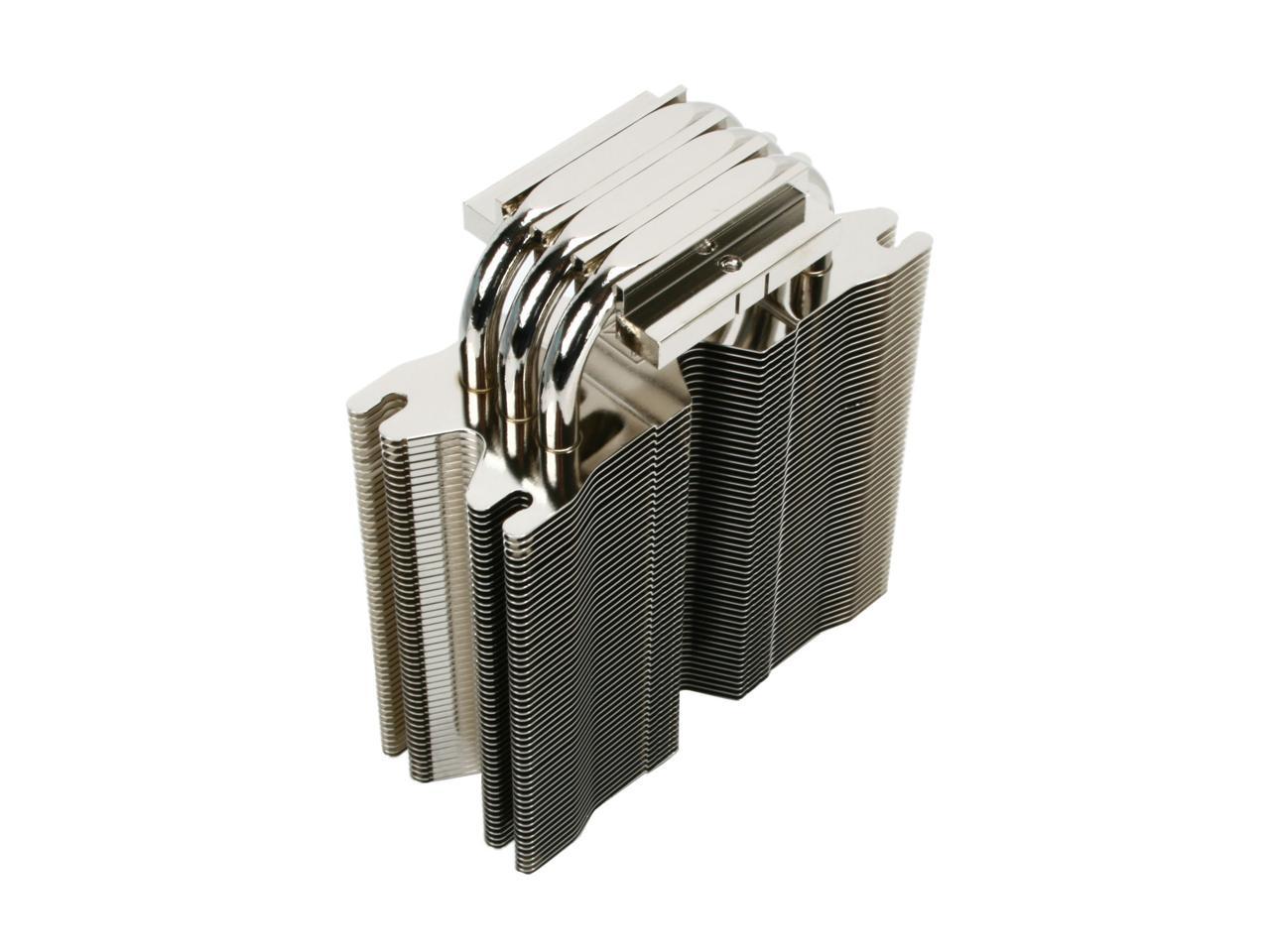 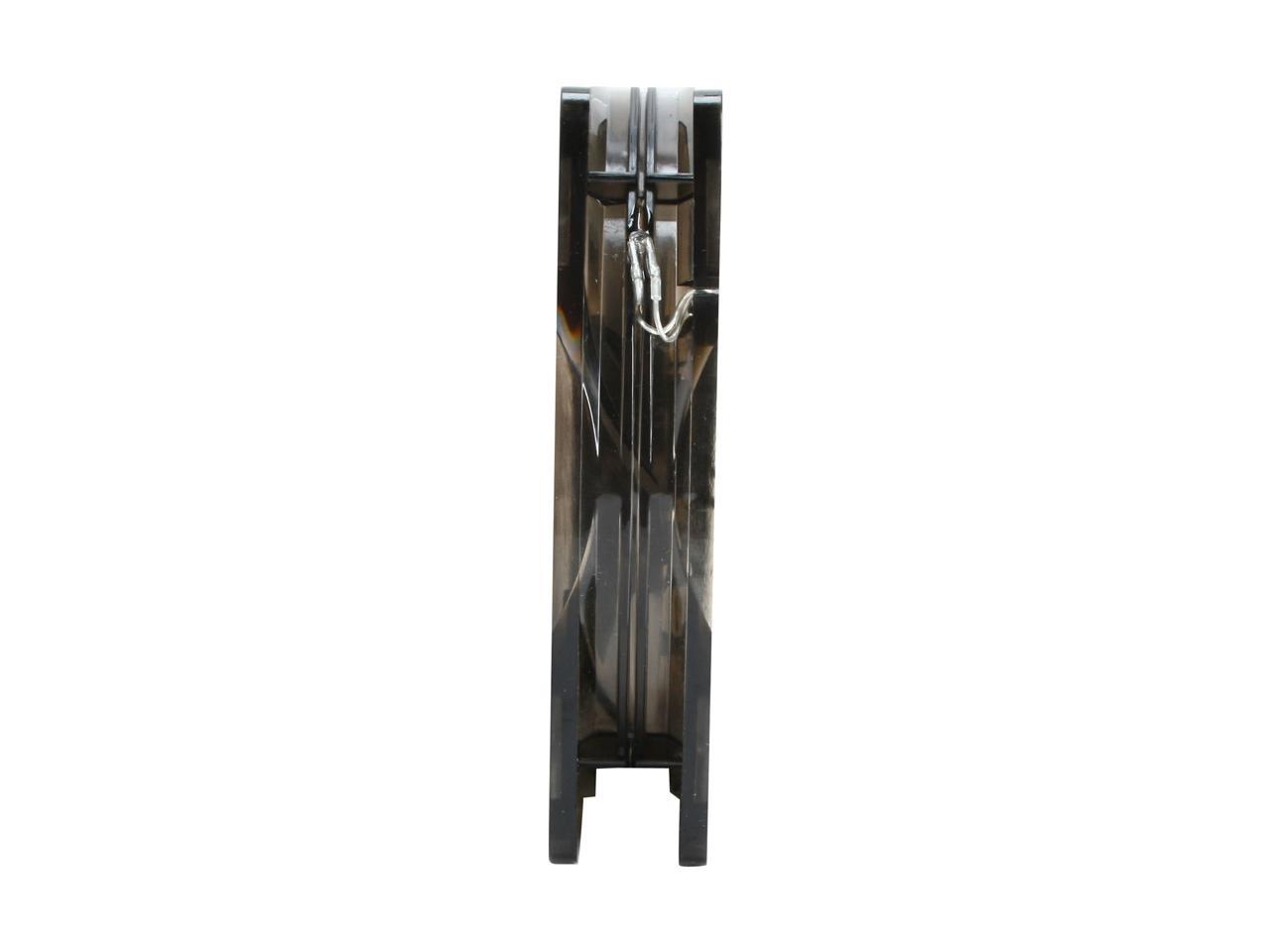 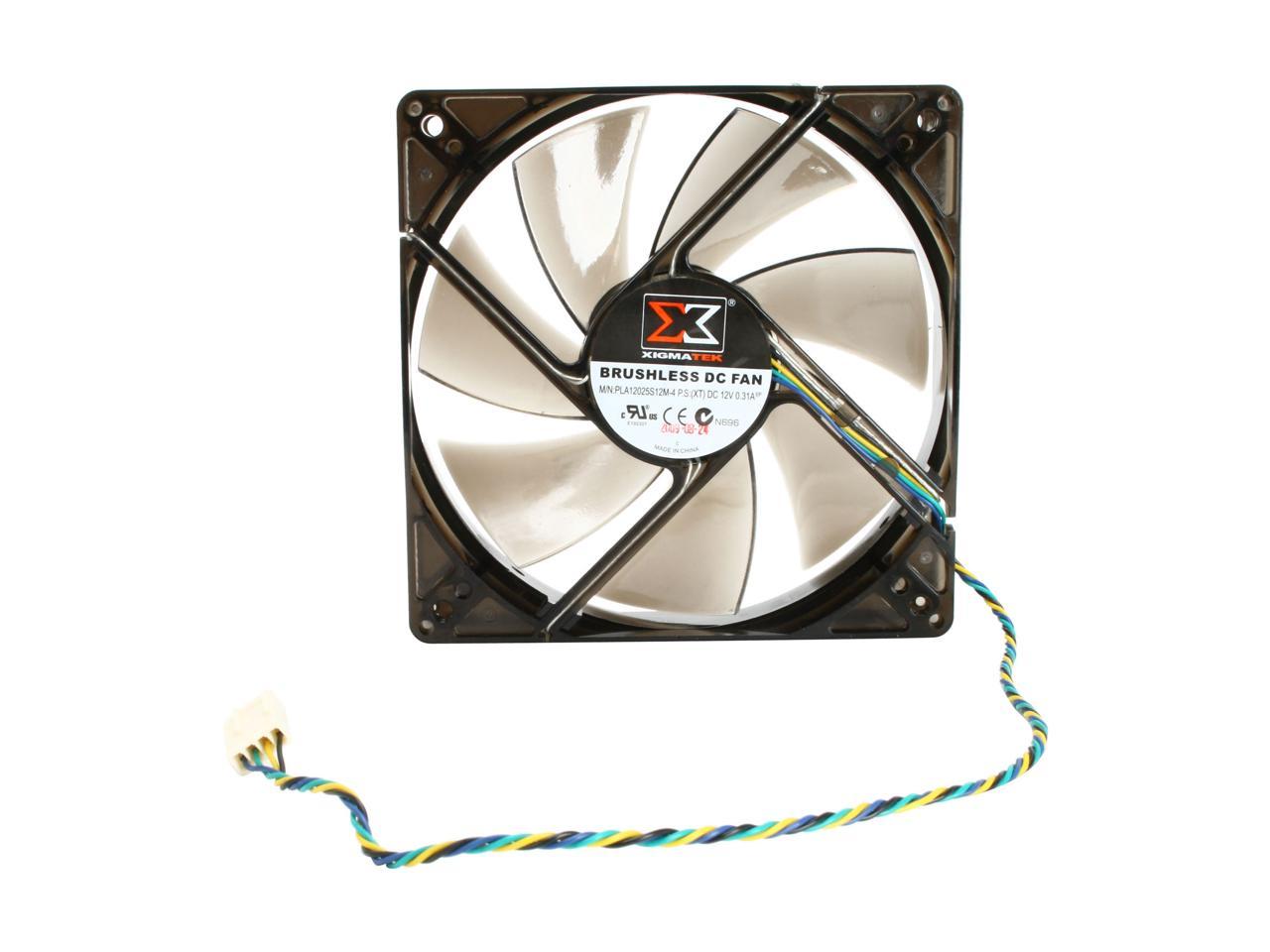 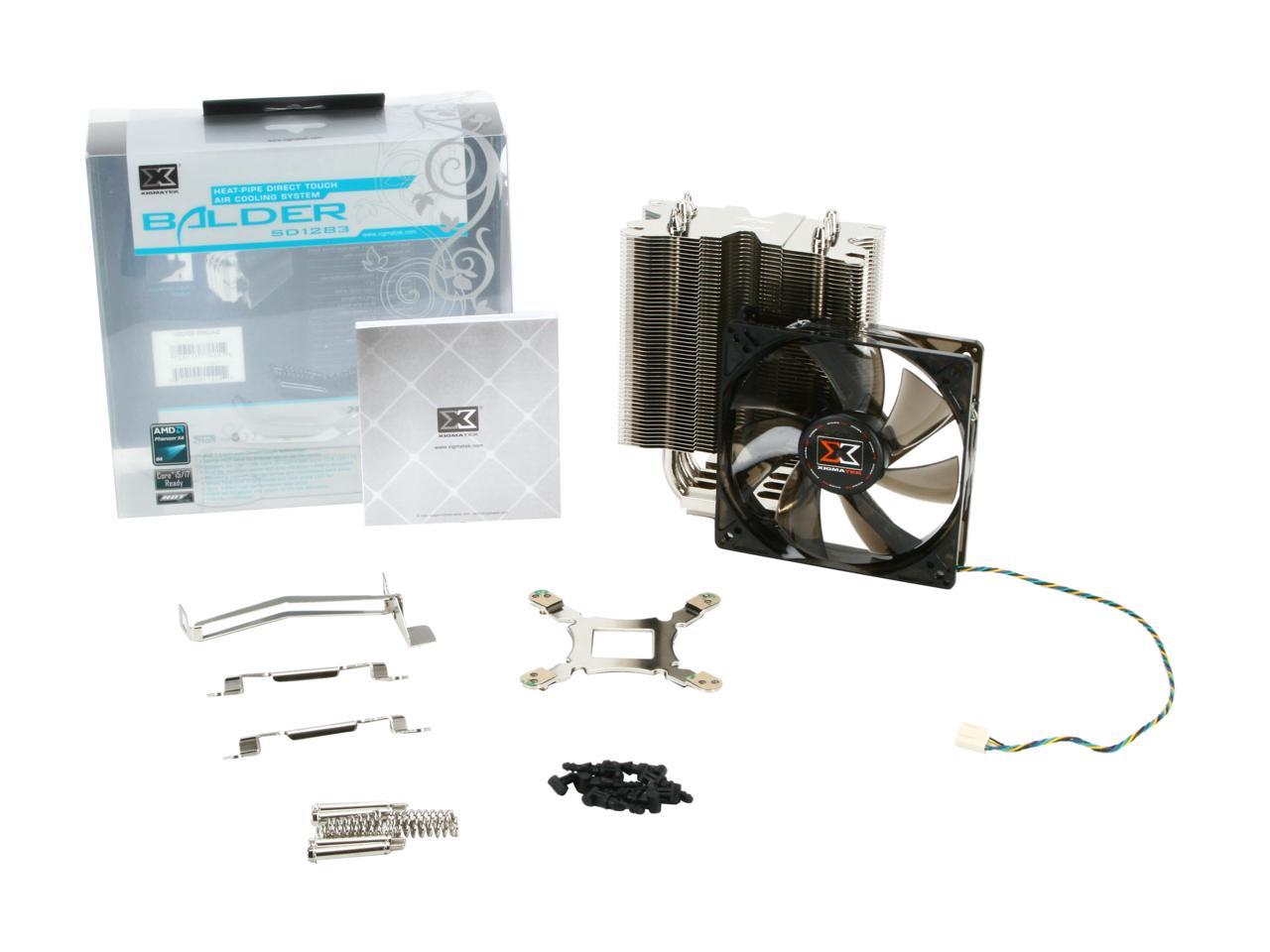 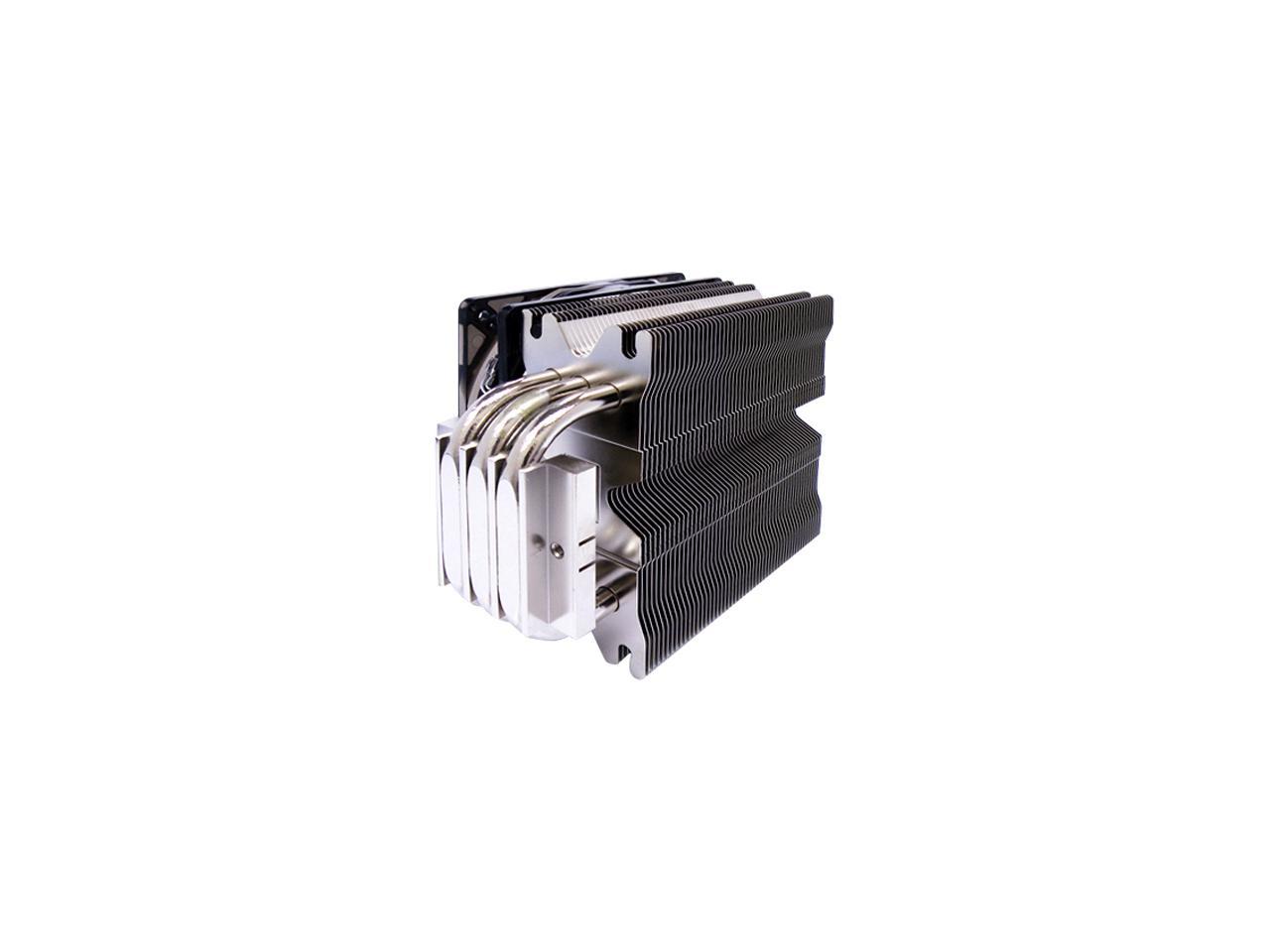 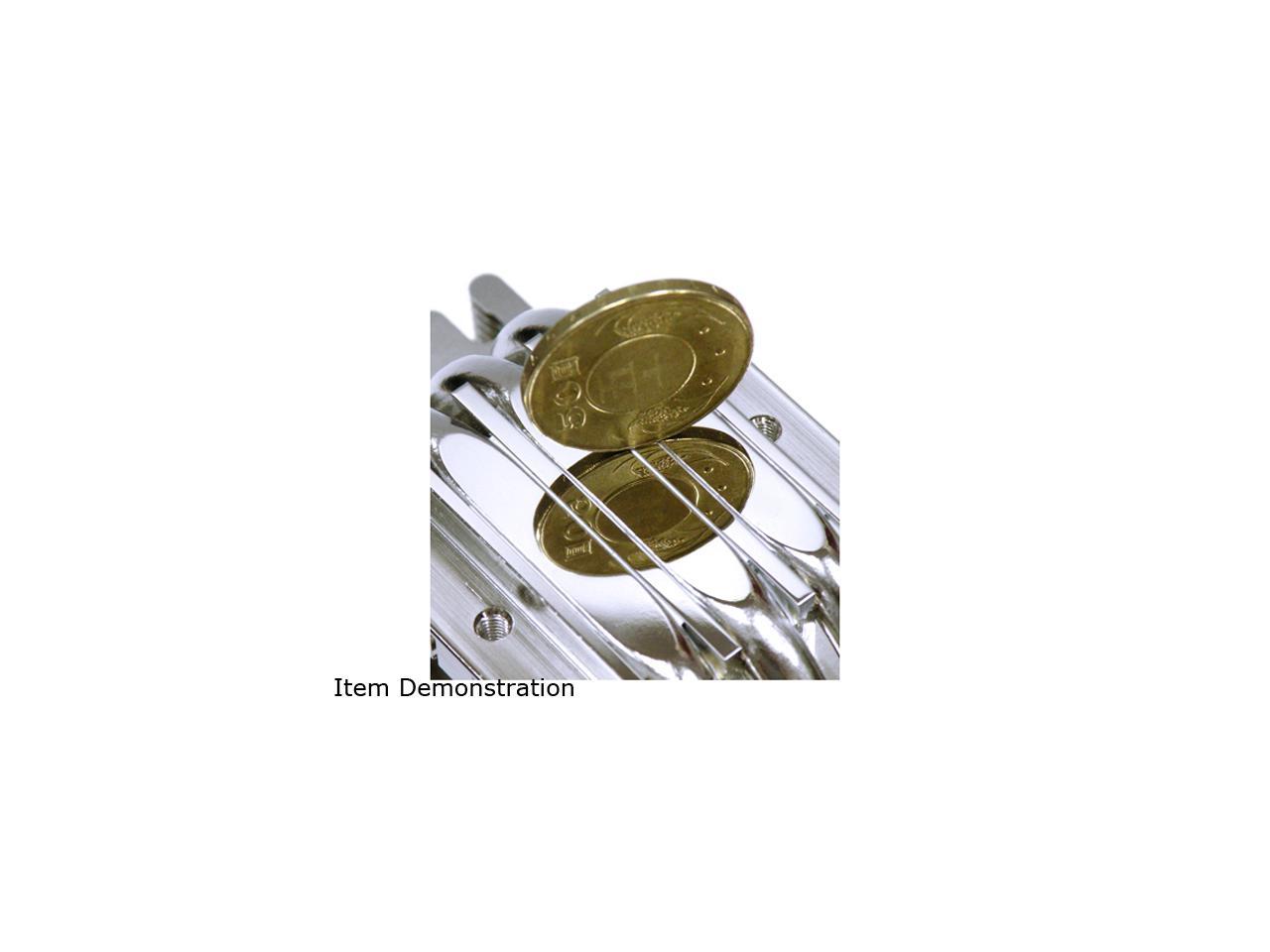 Pros: Remarkable performance out of this thing. I have an i3 540 at 4 GHz on 1.28 V, and idles at 40 C (thats a bit higher than normal, but see other thoughts for an explanation), loads at a little over 60 C. It looks VERY nice when installed and the included fan is of high quality. The fan attaches to the tower using little rubber 'anti-vibration' connectors that will fit any fan and there are enough included to use for 2 fans. This just may be the best CPU cooler at this price point.

Cons: You're better off using your own common sense rather than trying to decode the instructions when installing it, but for people that don't use instructions anyway, I guess that won't really matter.

Overall Review: When I first got this thing set up, the fan was a bit loud for my liking at idle, even with smart fan control enabled in the BIOS. Now I use a little program called speedfan to directly control the fan speed. I was able to reduce the idle fan speed to comfortable levels, and I discovered two other things that I didn't even realize would happen. Since speedfan works by undervolting the fan, when its at idle, the LEDs are dim, but as the load increases, the LEDs get brighter and brighter. Thats kind of a cool effect that I never thought about before, and makes me want to buy LED CPU fans from now on :P Also, since the fan is undervolted when idle, the LEDs will last longer, which is a nice plus.

Pros: Where should I start? First of all, this thing is BIG. It's 120mm fans along with it's super huge heat sinc is more then what I expected it to be, and I love it! Second, this thing cools my Phenom II x4 quad core 2.8 ghz (oced to 3.0) like it's nothing! Idle is only 22 to 24 celcius! Load, and the highest ive ever seen it get was at 35 to 38! My cpu is nice and cold! Another bonus is I guess is the nice LED light the fan has, a nice white light. I love it!

Cons: Not much of a con at all, but the heat sinc it self didn't have any thermal paste applied to it already, but thankfully I bought some arctic silver to cover that up.

Overall Review: Anyone looking for a in-expensive cpu cooler around 40 dollars, you should definatally buy this one, it will not not let you down!

Overall Review: makes the stock heatsink look like a joke!

Pros: I am really impressed with this heatsink. Fits just snugly within my antec 900 2 case. and i noticed an immediate drop in temperatures compared to stock intel cooling. for the price, i def suggest taking a look at this. i think xigmatek can be the next gskill. in the sense that xigmatek will be the next to evolve from a third tier foreign heatsink manufacturer to a full blown top tier competitor.

Cons: one downside, and i mean slight. due to the diamond configuration of my side 120mm case fan (from the antec 900 2) i had to cut off a portion of the fan's corner so it would not interfere with the heatsink. yes, the heatshink is that wide and will take up the entire width of your case.

Pros: A decent cooling solution for my LGA 1156 i7 on P55 MB with beautiful LED lights

Cons: When I decide to go with this particular brand, the $20 mail-in-rebate played an important role. Within 11 months after the submission of my rebate, I called their custom service twice. Every time they promised me that they will send me rebate right away, and they never did.

Overall Review: The bottom line is: Xigmatek produces good products. But with so many options of CPU coolers and case fans, I will never trust the mail-in-rebate from Xigmatek.

Pros: Looks nice, good build quality. It looks like it would work fine if it would fit.

Cons: Doesn't fit on a Gigabyte GA-990FXA-UD3 if all four memory slots are in use. If it could be turned 90 degrees, like when used on Intel CPUs, it would fit fine, but there is only one orientation allowed with an AMD CPU and it puts the fins right into the memory slots.

Overall Review: The fins on this cooler are tall, so unless you have a very wide case you won't be able to have a fan mounted on the case side right above the CPU and also have this cooler fit.

Cons: Took a long time to get the rebate but it did arrive.

Overall Review: I had previously written 2 reviews on this, the first about how great it is and the second about not getting the rebate. Well I did get my rebate so I apologize Xigmatek and thank You.