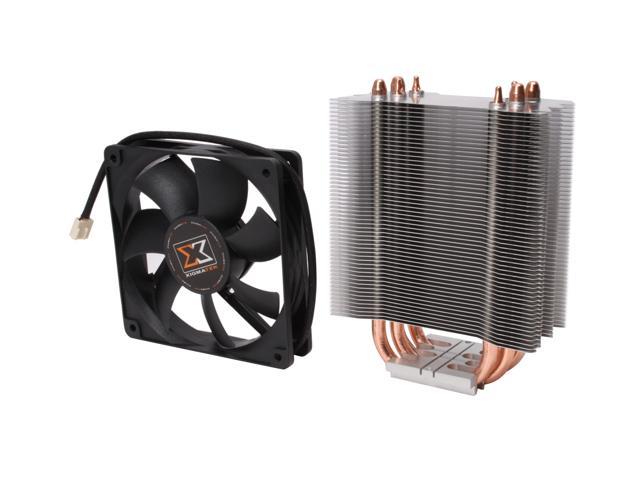 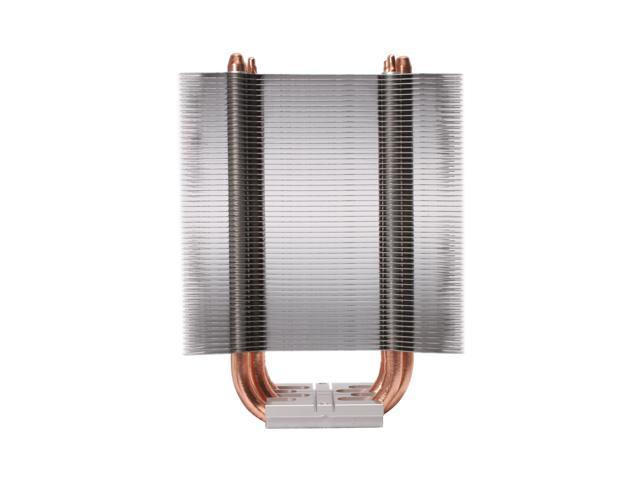 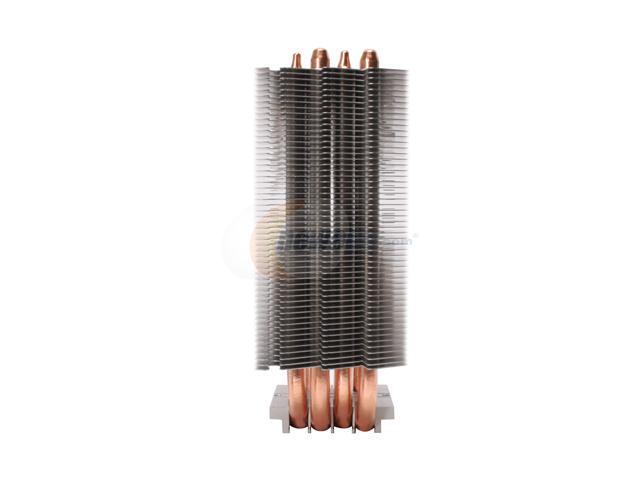 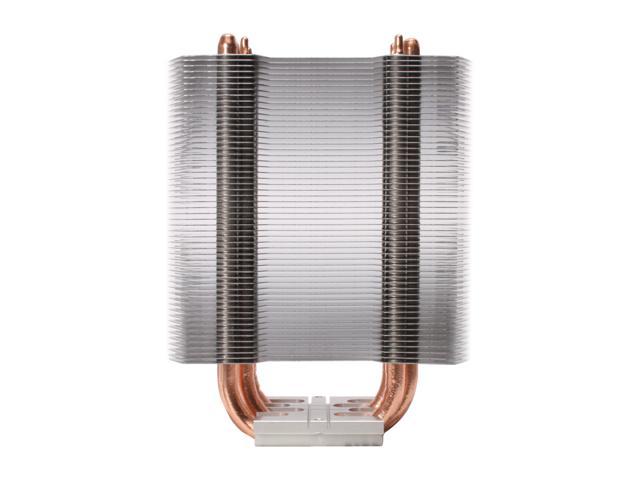 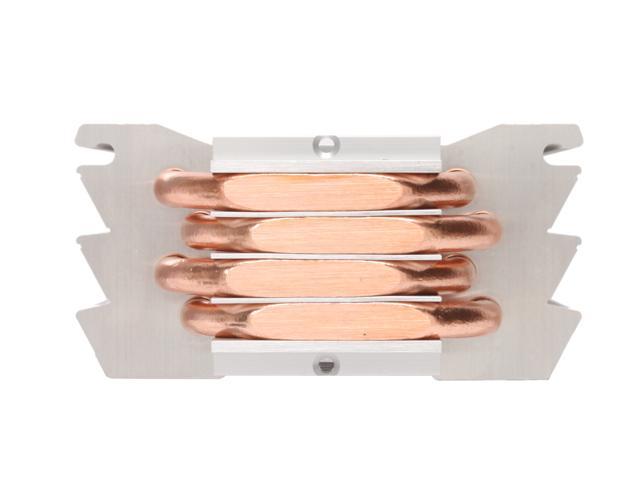 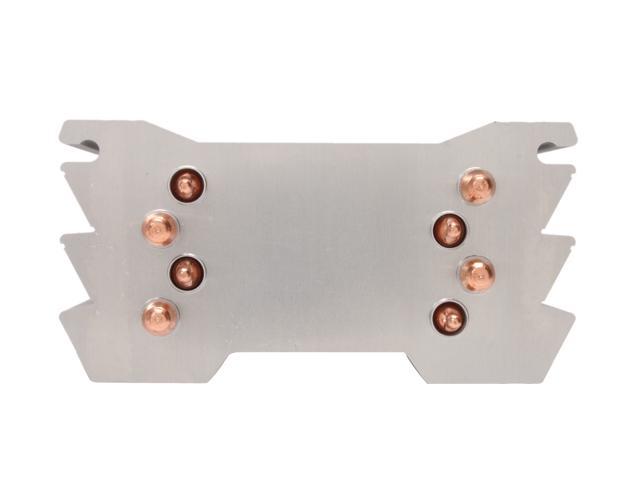 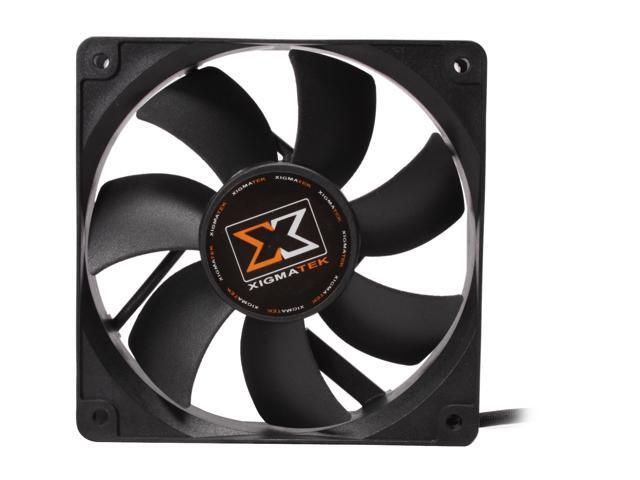 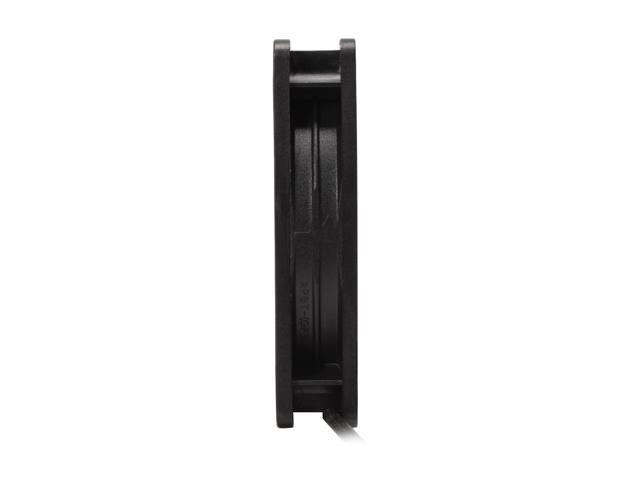 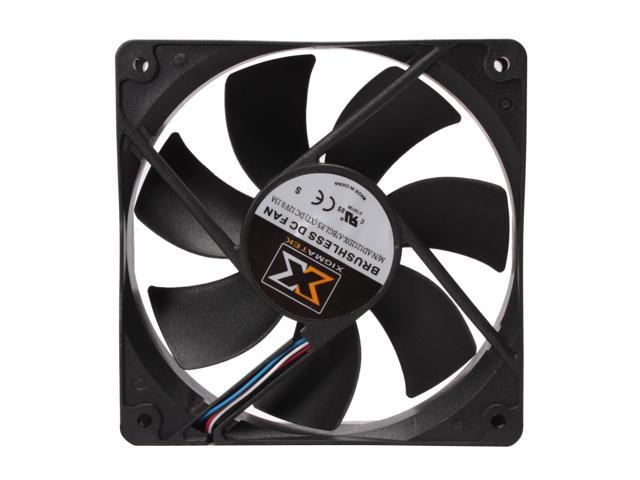 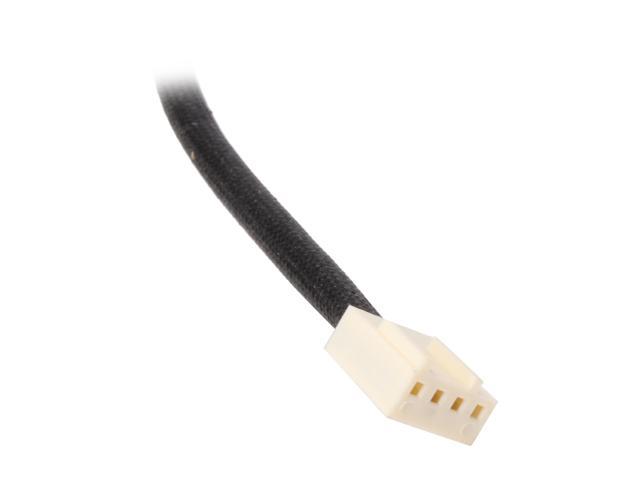 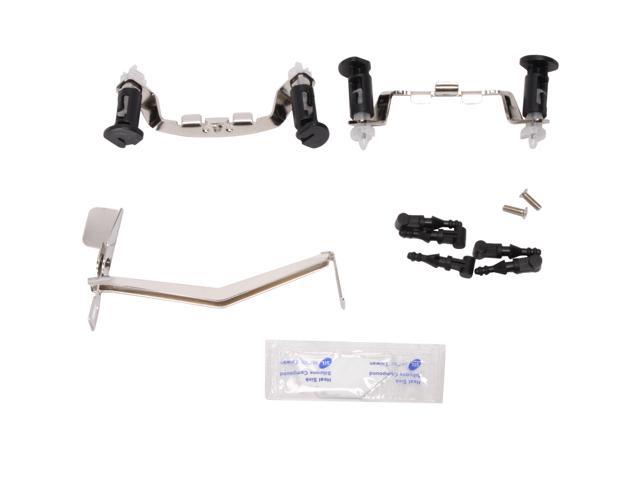 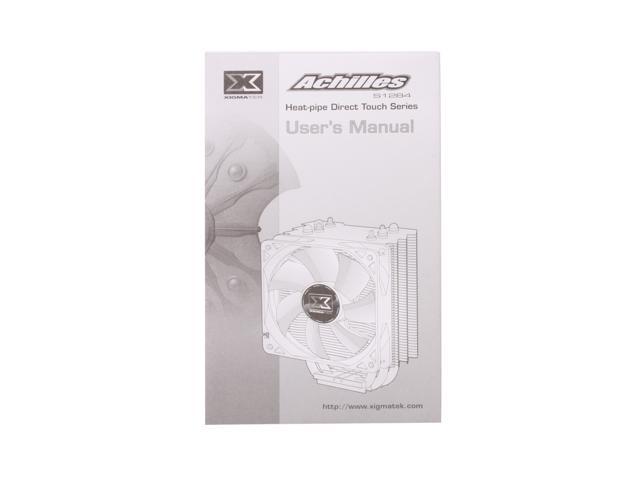 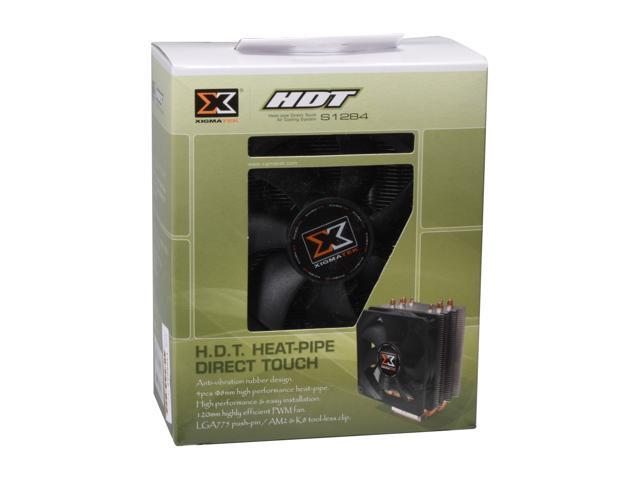 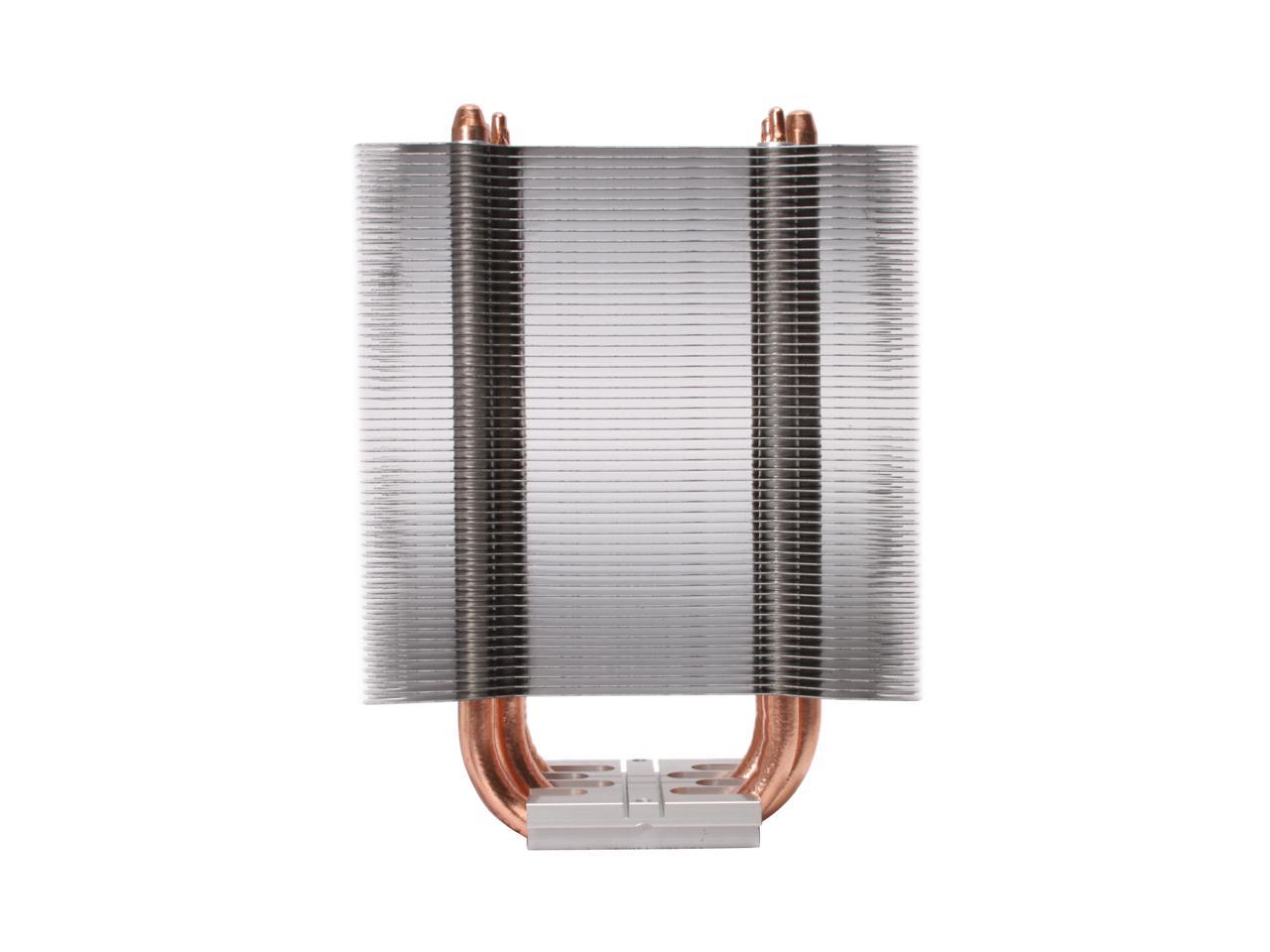 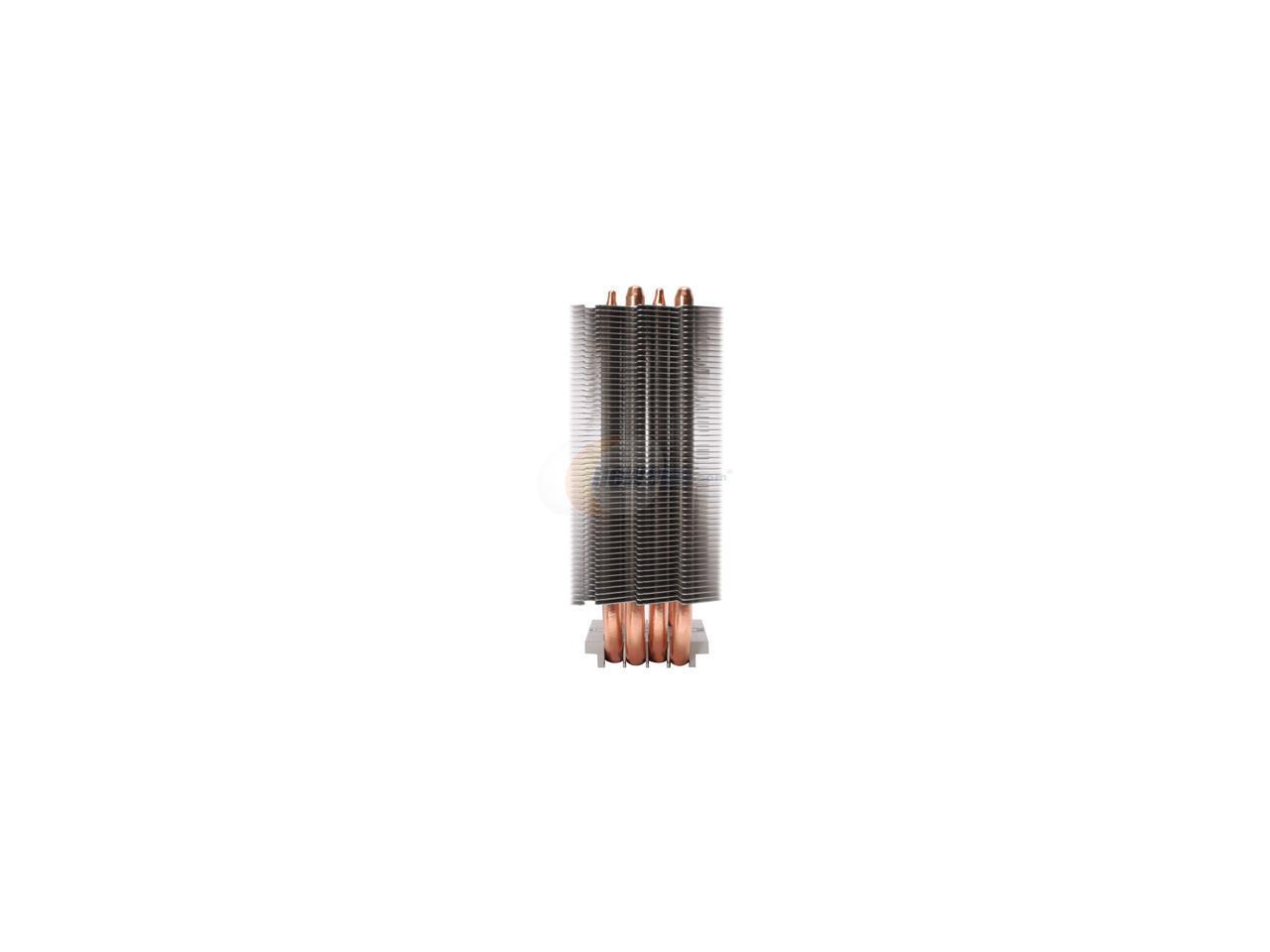 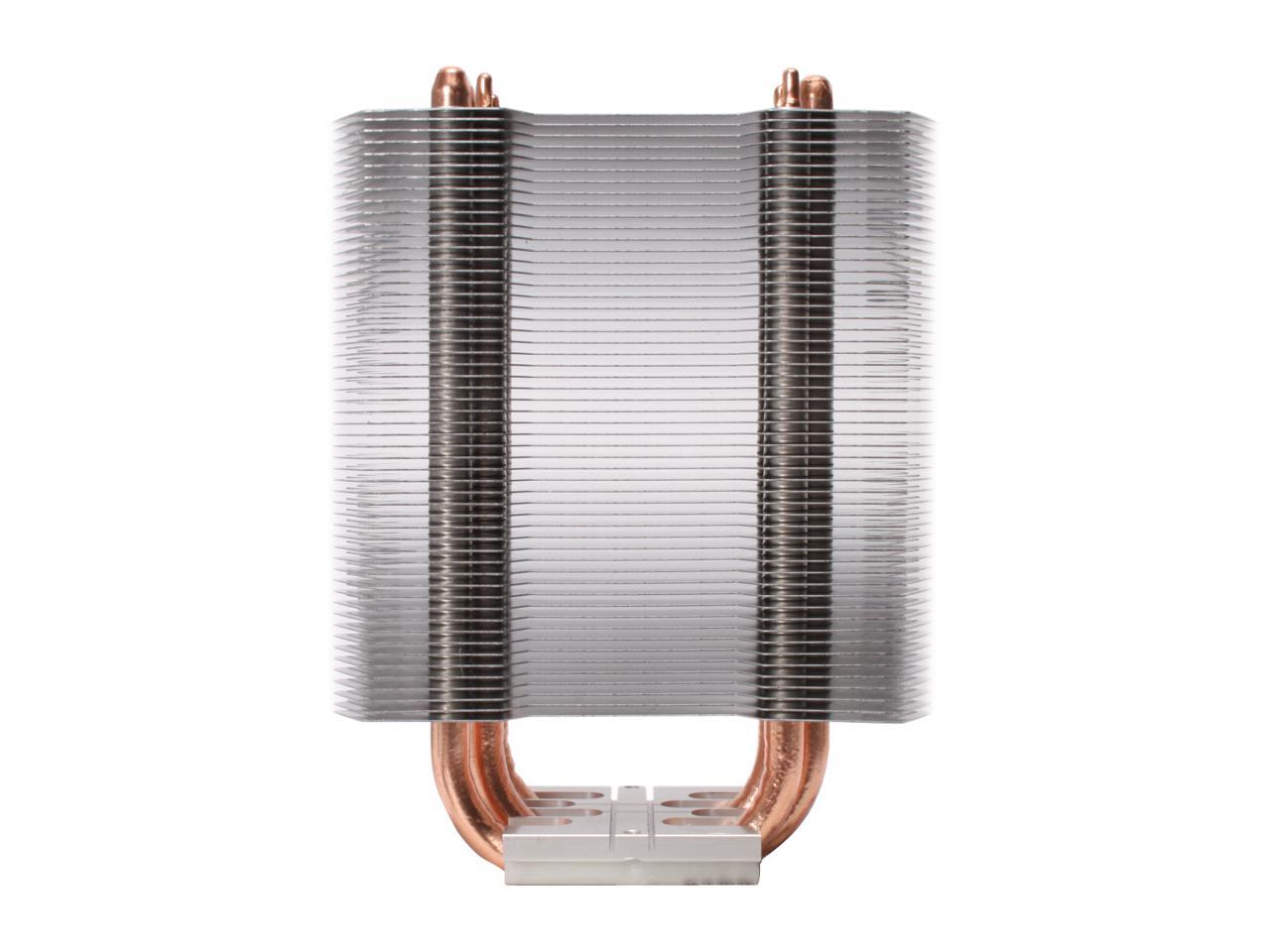 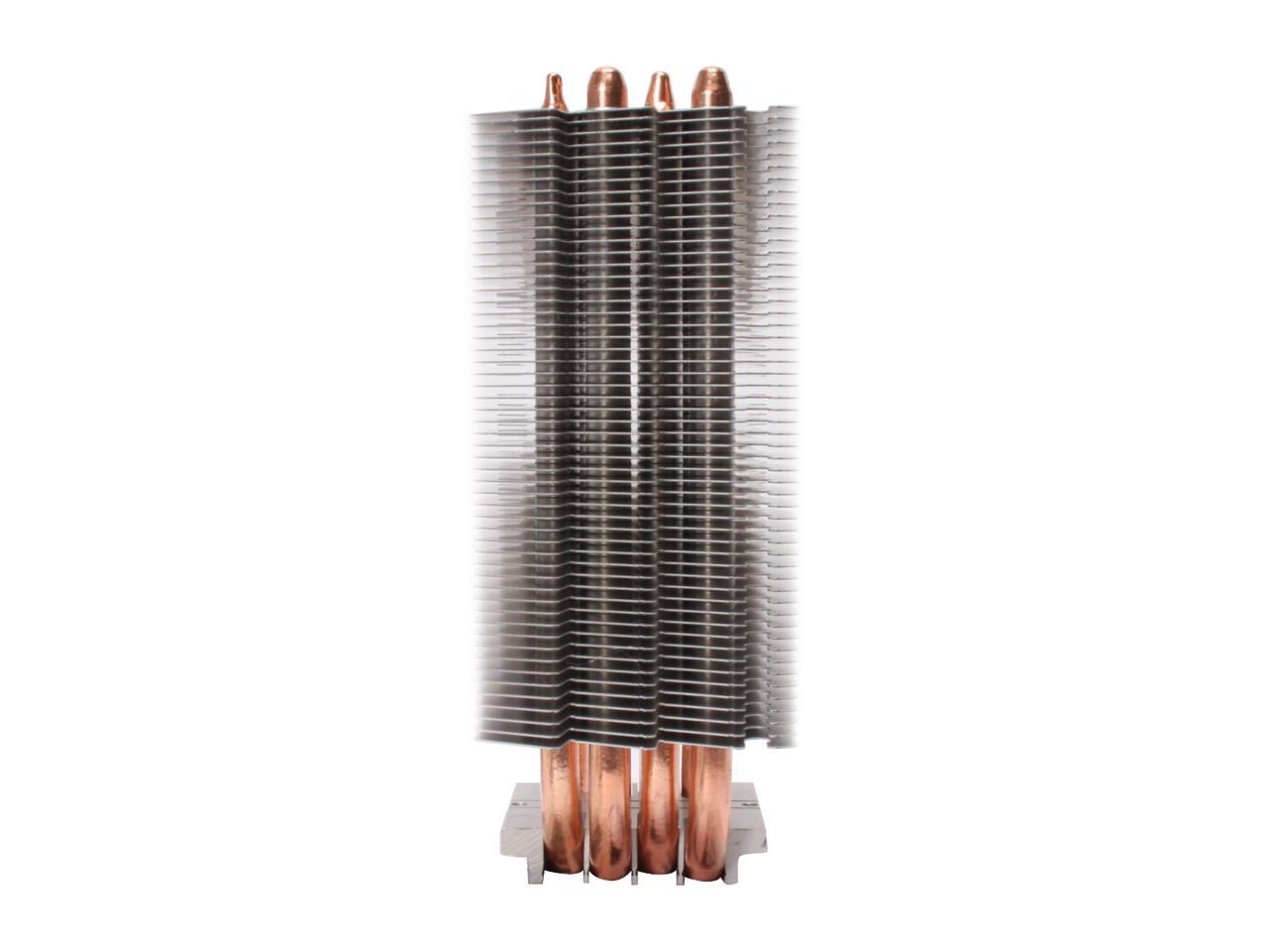 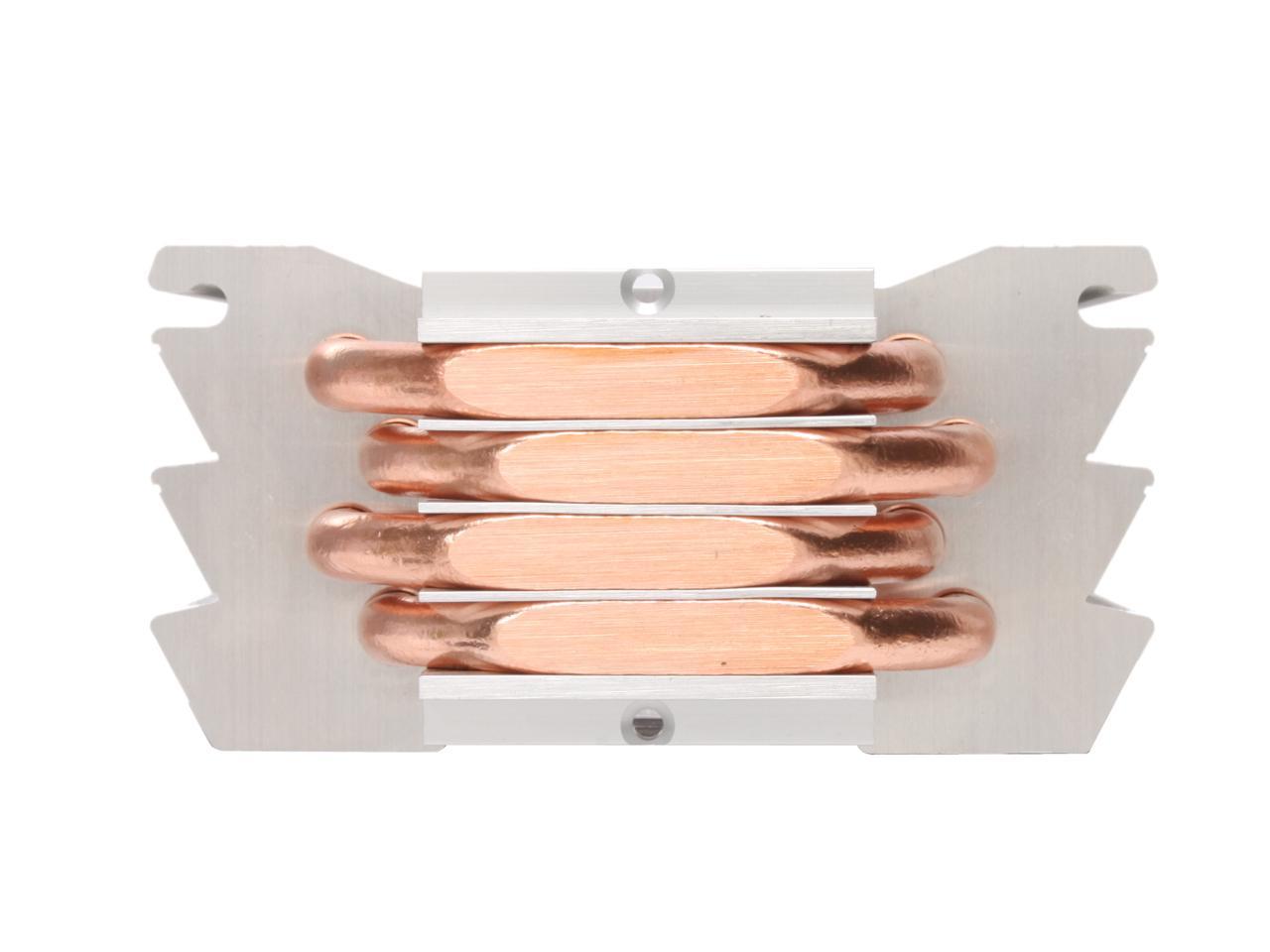 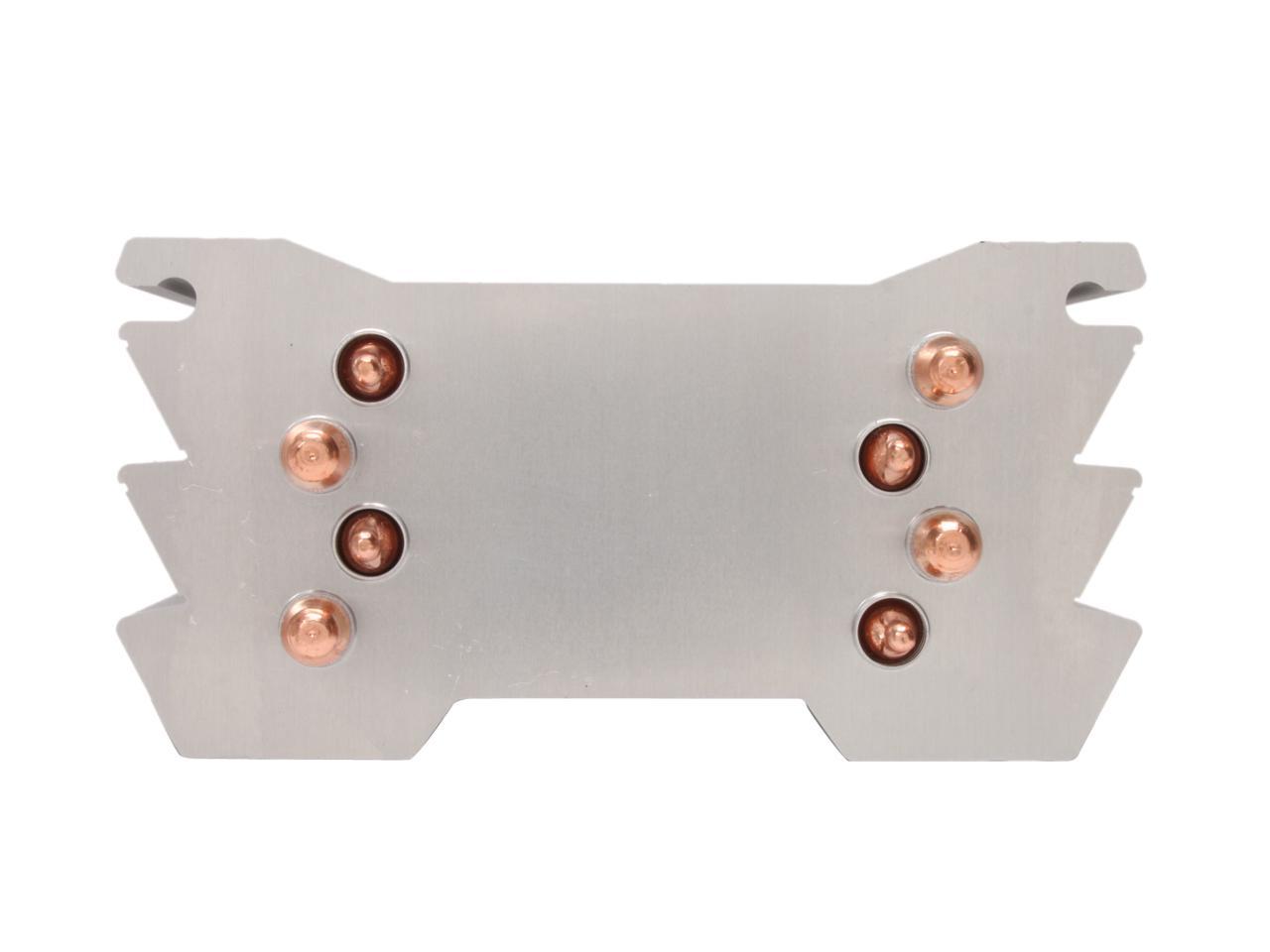 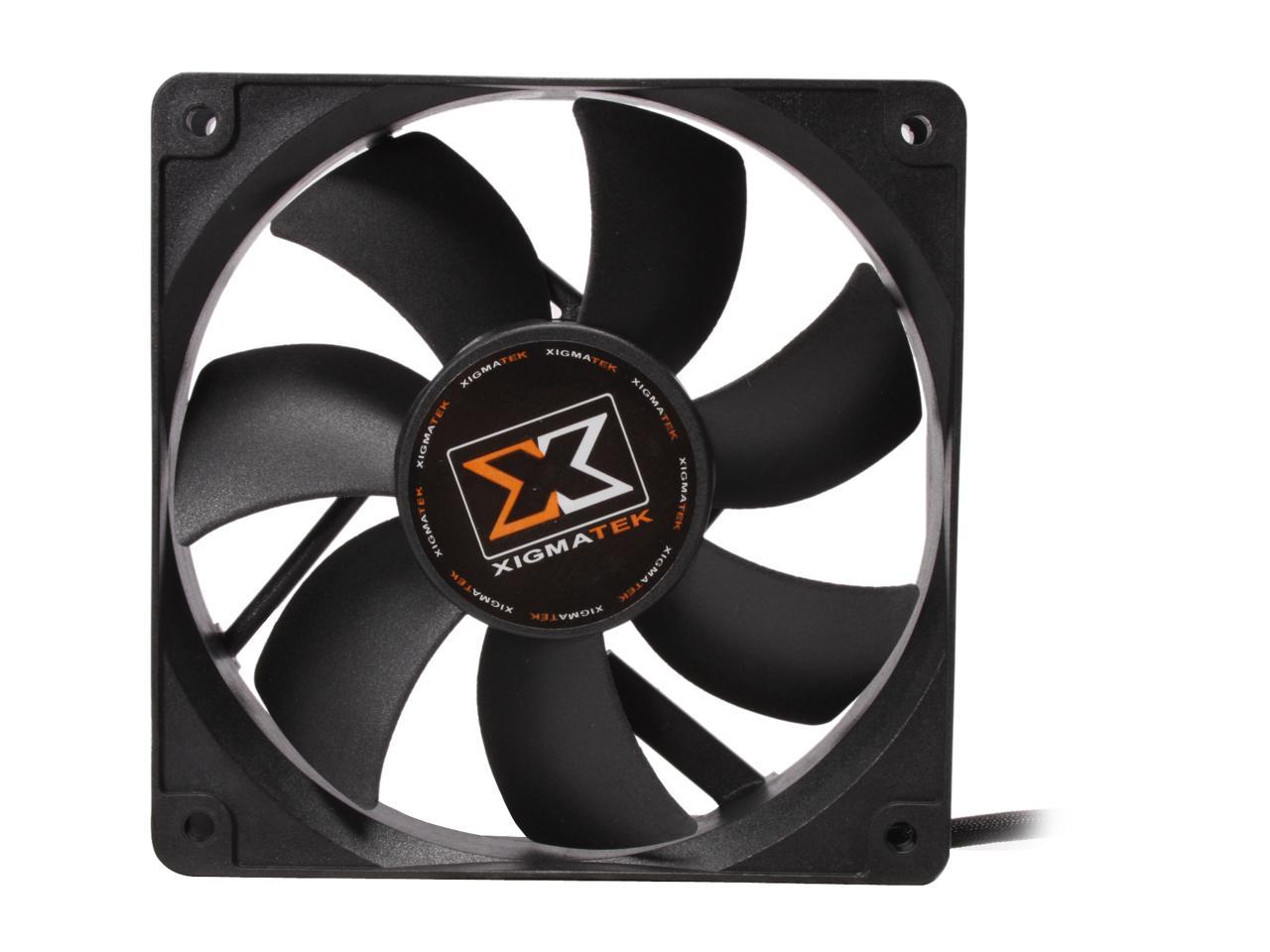 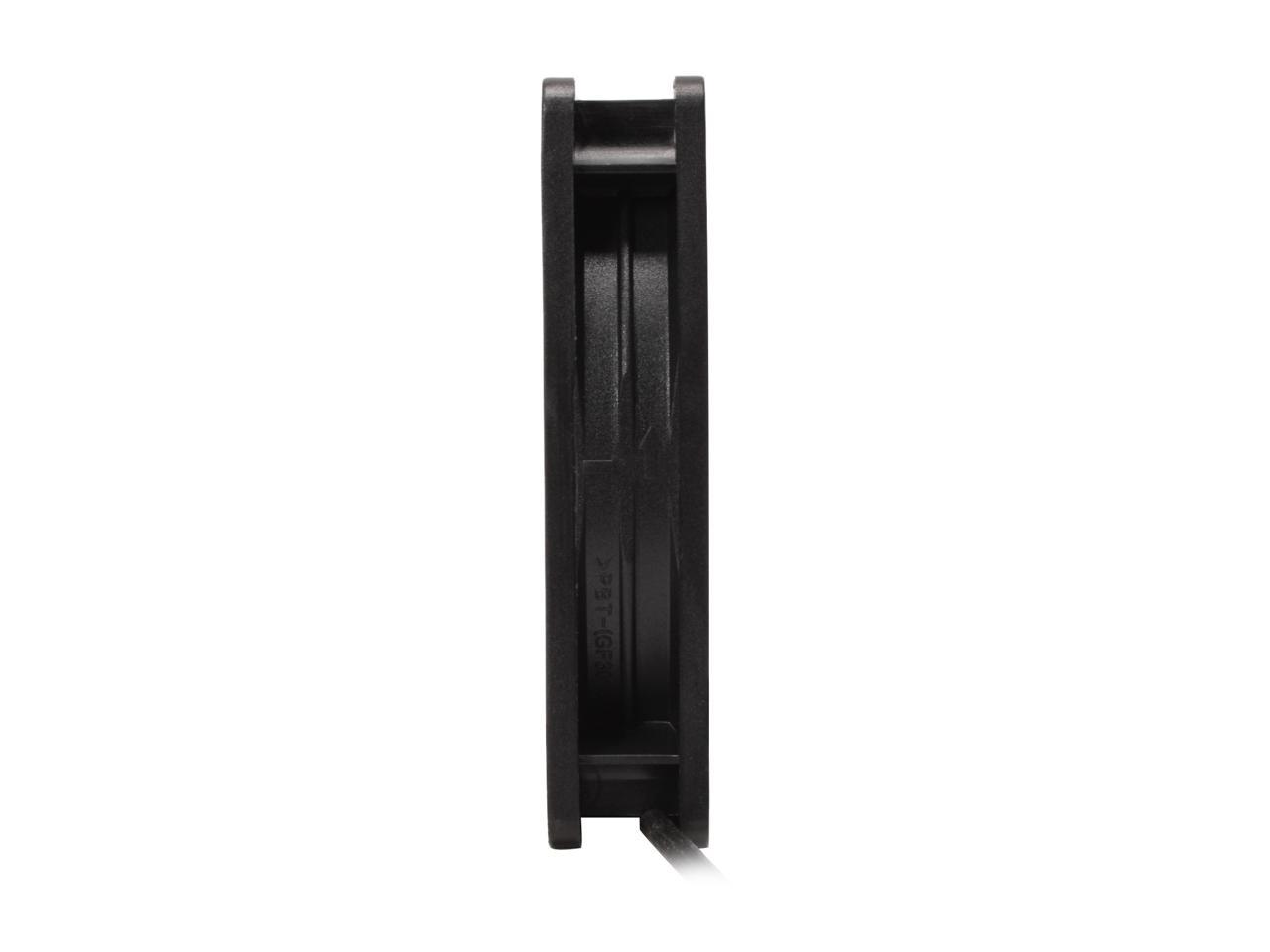 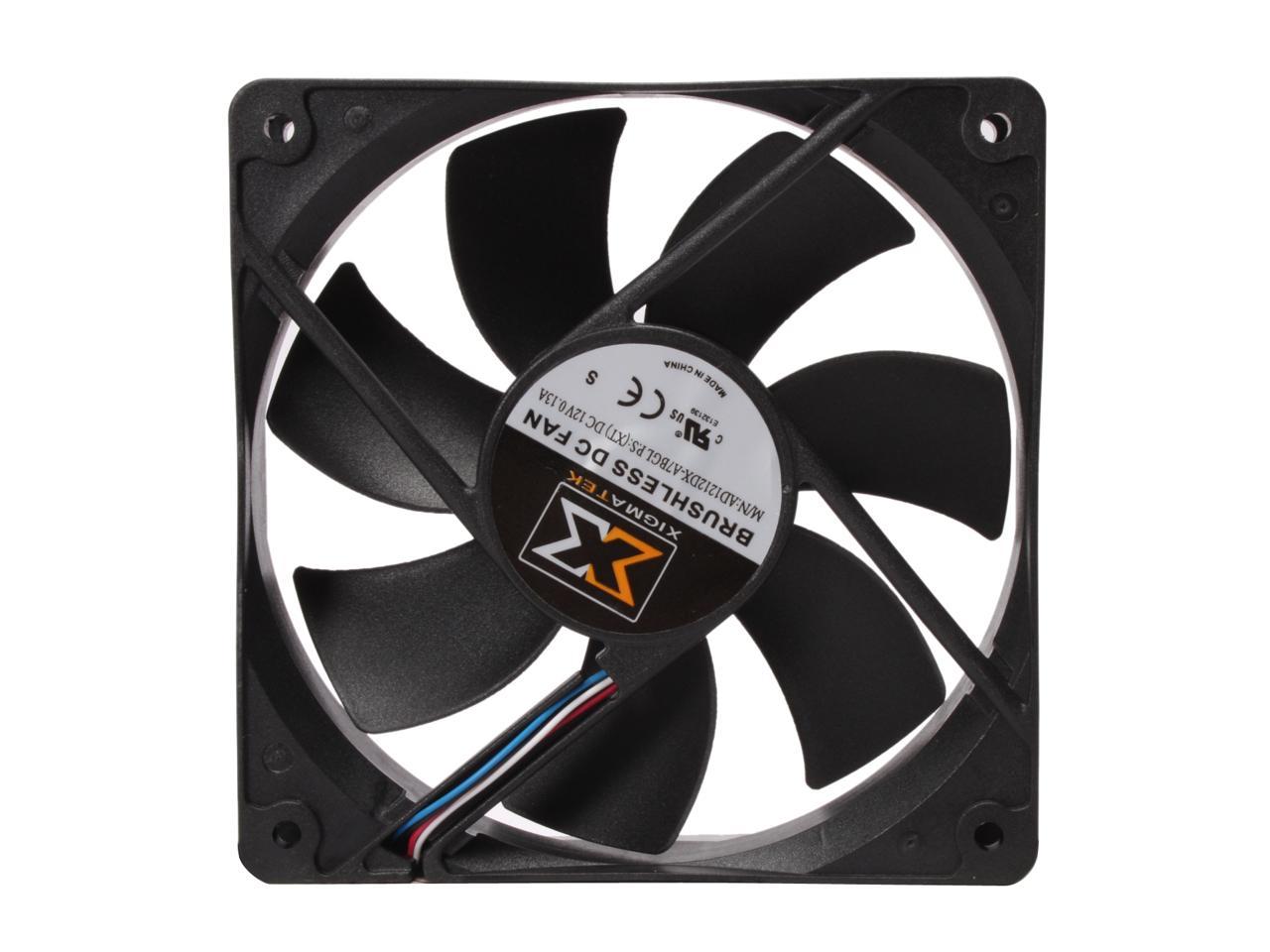 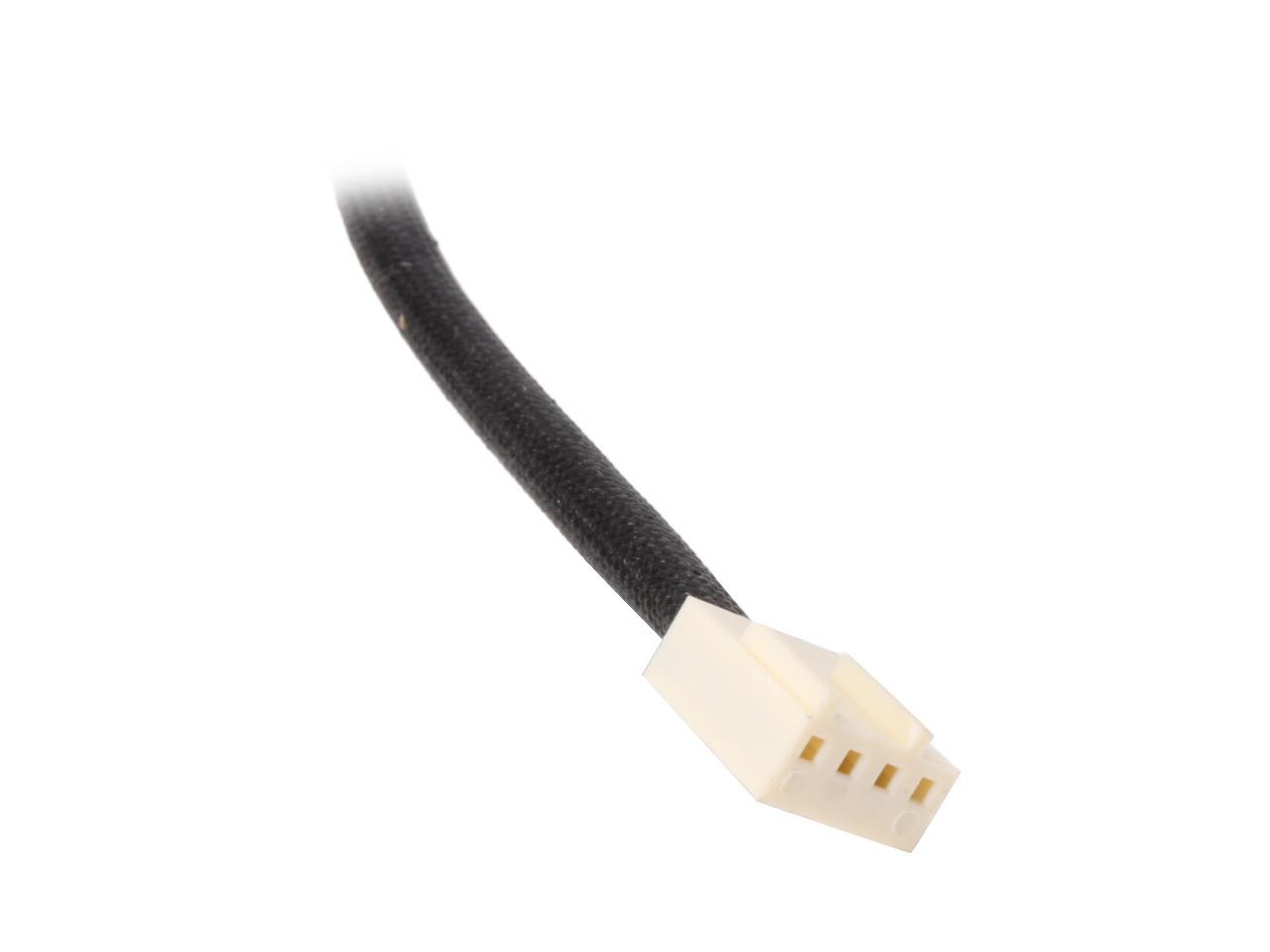 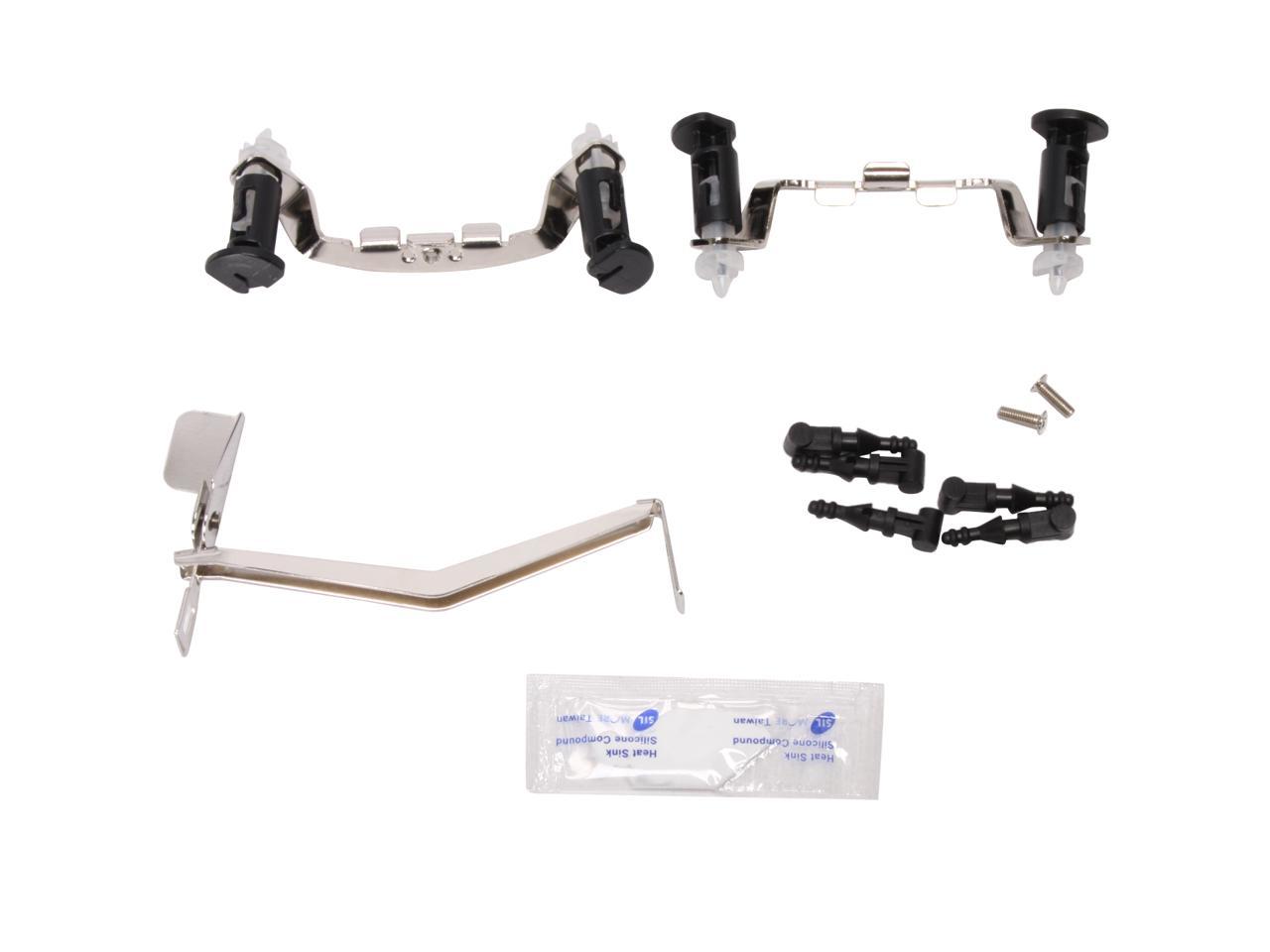 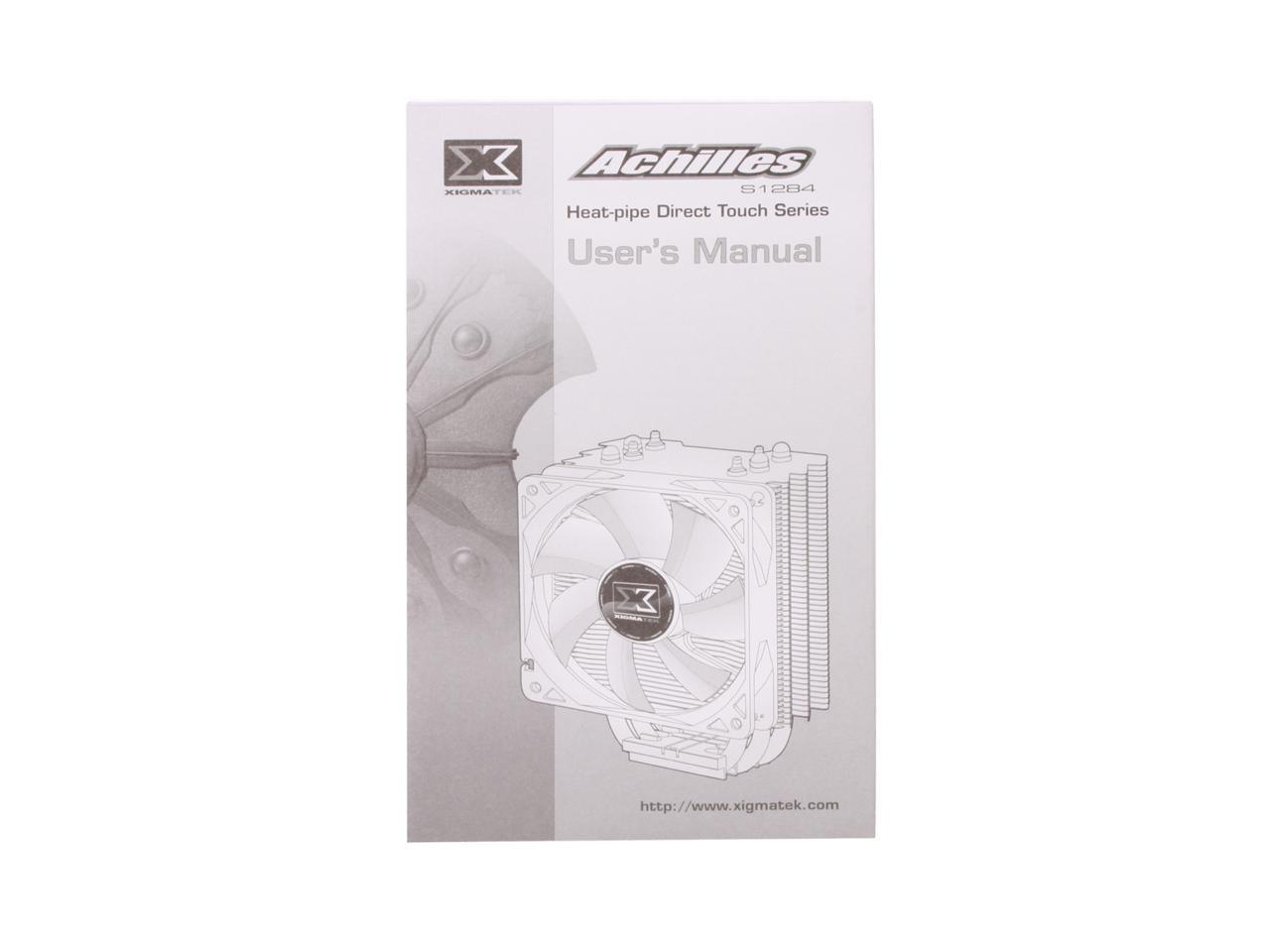 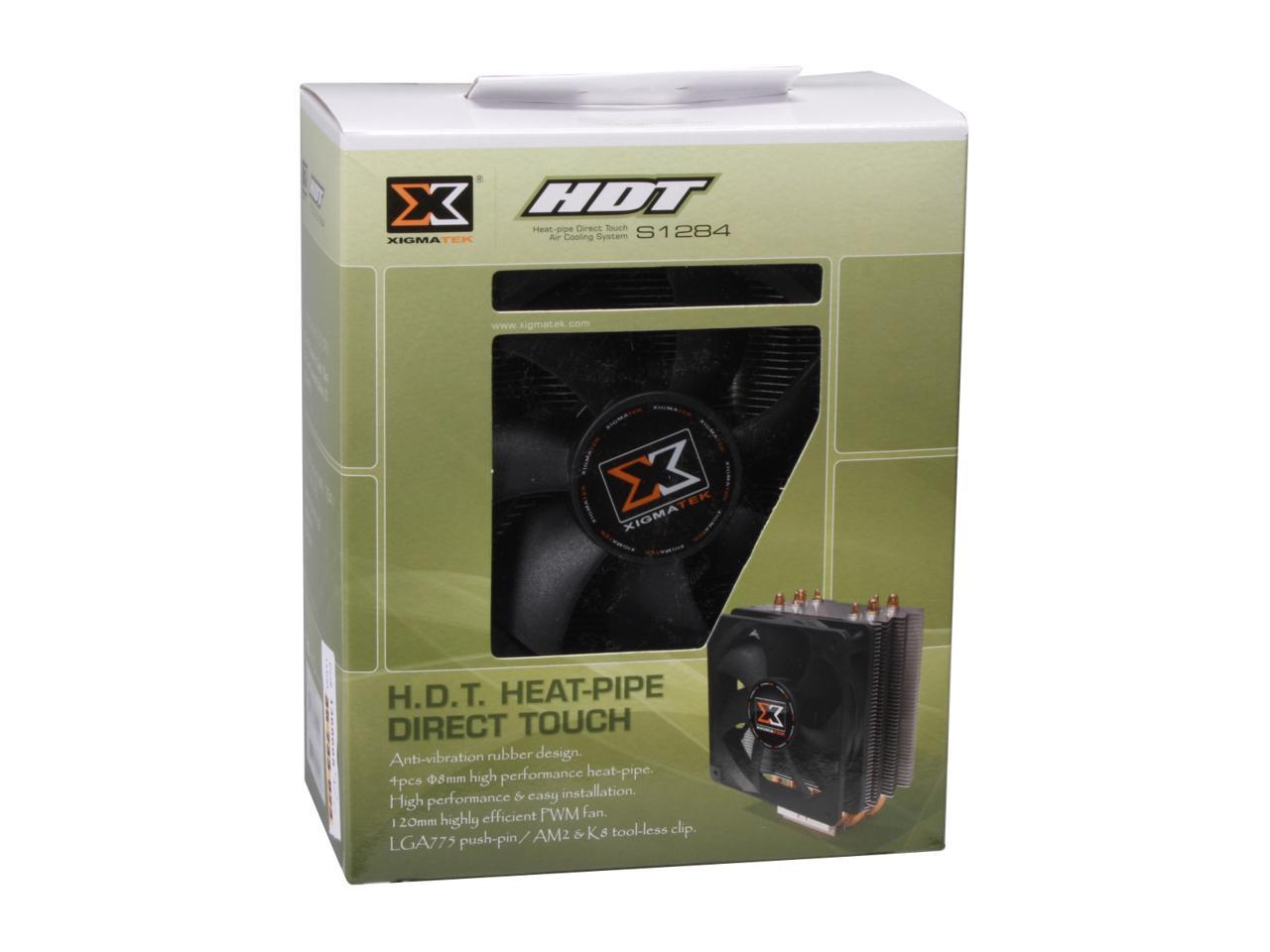 (64) Write a Review
OUT OF STOCK.
LOADING...
Specs
Reviews

Pros: When I first put it on it had my e8500 (EO) at 28-30º C at stock. Now it has it at idle 34-35º overclocked to 4.2 Ghz in a warm room. Full load nothing over 50º. It replaced a Zalman (which cost twice as much) and does a much better job. I used AS.5 (LOL, Newegg highlights that as an inappropriate word, hence the '.') as TIM, not the packet that comes with it. I have ran it passively taking the fan off completely and the idles are only a couple of degrees higher. Fan is pretty quiet anyway though so it's back on but on top in pull position, sending the stream to my power supply exhaust fan.

Cons: Was miffed when it arrived, the box had it as a HDT-S1284, no EE revision. In the instructions it mentions the 1284 again and even has it described as Achilles. Well, the 1284 American version Achilles model wasn't so good and Newegg stopped selling it a little while ago. I was going to just send it back but you know how it is when you finally have all your parts and you want to get on with the build. The fan looked different to the one on the Achilles (not orange) so I took the chance and whipped it on. I ordered the crossbow mounting kit since I didn't like the idea of a pushpin mount on this. The crossbow screws were too big for the heatsink, gahh. I eventually took off the plastic push pins from the standard mount and replaced them with the spring loaded metal pins from the kit. It actually fixed flawlessly to the back mounting bracket after I was done, but it was a pain. I kept thinking that I could have bought a TRUE and lapped it in about the same time...

Overall Review: Experimenting with a push and a push/pull fan combo may yield even better results. That's for another day though, I'm more than happy with it for now. I believe that it is the revised EE model despite the instructions not being updated. They should fix that. The rating is solely as to it's cooling ability on my system, I forgave the annoying parts as soon as I saw the temps. It works great for me, make sure it gets fitted right.

Pros: Cools my Phenom II X3 with the 4th core unlocked quite well. Seems solidly built and the clip for the AM2/AM3 is easy to work with. Fairly quiet. Rubber isolators for the fan are nice.

Cons: On my ASUS M4A785TD-V EVO the cooler overlaps two RAM slots. As a result my "tall" G.SKIL Ripjaws RAM had to go in the outside slots or face 0.5mm of clearance between the RAM and the lower fins of the cooler, and makes it so you can't remove the RAM without removing the HSF. This wouldn't be an issue on an Intel board, but on an AMD board and the clip design, you can't rotate the HSF to clear the RAM slots. I suspect this would be an issue on most AMD boards.

Overall Review: If they'd slot the base of the HSF in both directions with a minor redesign of the clip, they'd give AMD users the ability to rotate the orientation of this HSF.

Pros: Great cooler for the price. Dropped my load temps from 62/65 to 49/52 (E6500 @ 11x333). Pretty intelligently designed product. Fan attachment, mounting system (see note below), etc. High quality machining on base. Mine was nice and flat. Would buy another one in the future.

Cons: Kinda sucks that you have to purchase the back plate separately.

Overall Review: Be sure you buy the backplate for $7! Too massive to attached with included hardware. Newegg product code: N82E16835233020

Pros: Direct touch heat pipe is simply awesome; Has a pretty high clearance, slightly over 40mm, so it clears the north bridge heatsink on my Asus mobo (p5n7a-vm); fan is quiet and the rubber attachments, while initially a pain, hold it securely and without noticeable vibration.

Cons: Doesn't come with the backplate (ACK-I7753), as others have mentioned, but the backplate is readily available and installs easily with some planning. Can't mount a second fan using the same method as the first, but there are tiny slots where it appears you could add a second 120mm fan if you have the correctly sized wire brackets. I have not tried this, yet. No such brackets are included. Don't let that hold you back from buying this cooler, it absolutely rocks. Pain to clean, as the gaps around the pipes allow thermal grease to really dig in; I used a lot of Goo Gone (much, much cheaper than ArctiClean) and simply rinsed with soap and water afterwards and dried it with a fan for a few hours.

Overall Review: My setup: Antec 300 case w/ 3 Yate Loon 120mm fans and the stock 140mm Antec fan, Intel e8400 OC'd to 3.7GHz @ ~1.22 volts running at 27C idle and 43C under full load using IntelBurnTest (SpeedStep ON, max settings for IBT w/7 passes). Ambient temp in my home office is 20C, so 6-7 degrees above ambient for an air-cooler is right on target; keep in mind that you cannot get cooler than ambient using air-cooling. I use RealTemp for checking the temps of the cores on my e8400 (not the sensor called CPU), and I followed the calibration steps as recommended by the author of RealTemp. I also used Arctic Silver 5, and applied it in two passes using a small piece of plastic wrap on my finger to smooth it out. Used two rice grain-sized globs of AS 5.

Cons: The fan mounting was rather difficult, but there really isn't an easier way to go about it. I ended up prying the fins apart and jamming in the rubber mounts. It works, though, and doesn't warrant dropping an egg.

Overall Review: Intel's stock coolers for the i5/i7 just don't seem to cut it. It's definitely worth it to invest in some better cooling for those cpus. I was going to buy a Dark Knight, however the back plate for it wasn't in stock for several weeks, so I bought this instead.

Cons: Rubber thingys are hard to install on the fan and cooling array.

Pros: This is a fairly inexpensive heatsink that can dissipate quite a bit of heat quietly. The stock heatsink fan on my old Socket 939 X2 4200+ wore out and I replaced the heatsink unit with this one. The full-load temps dropped from about 50-52 C on the stock heatsink with ~2300 fan RPM to about 35 C with the fan turning at a near-silent 950 RPM. This unit clears surrounding motherboard components easily so it should not be a tough fit unless you have absurdly tall RAM heatsinks. It is an easy install on AMD units as it uses the stock retention bracket- you do not need to remove the motherboard from the case.

Cons: - This unit is huge and may be a tough fit in more slender ATX towers. It fits in my Antec Nine Hundred with about 2 cm between the top of the heatsink and the case window. - The unit also can only face fan-vertically on AMD motherboards due to the mounting clip arrangement. That's not bad for me since heatsink blows into the 250 mm top fan of the Nine Hundred, but it would disrupt airflow in many other cases. - The silicone fan mounts are a bit of a pain to wedge in between the fins and through the fan screw holes.

Overall Review: This is a very good heatsink for an excellent price. It dissipates a lot of heat very quietly. I highly recommend it if your case is a mid-tower or bigger ATX case. Anybody with a slender SFF case needs to look for a *much* shorter unit.

Pros: Wow does this cooler work great. Keeps my Q9550@3.6 at 32C idle 46C load in gaming I cant ask for more since its summer and its doing such a good job. I bet it'll give me the same temps in October when i go for 4GHz.

Overall Review: I got the bracket for it. Was cheap and does a fantastic job on my Gigabyte UD3P.