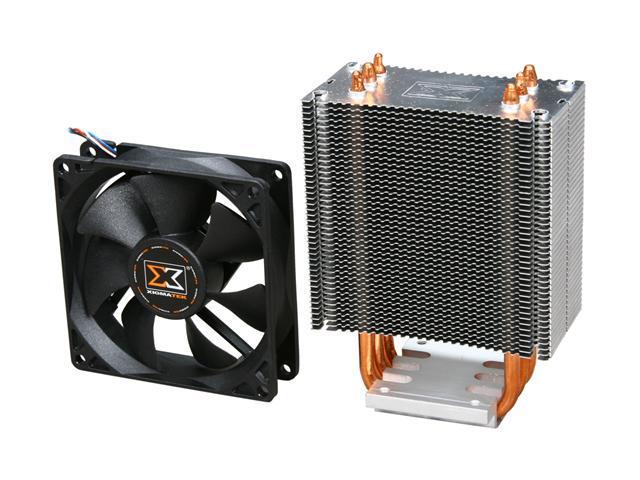 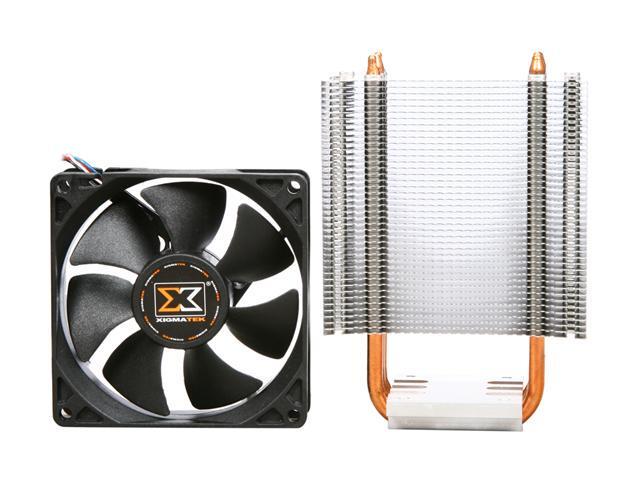 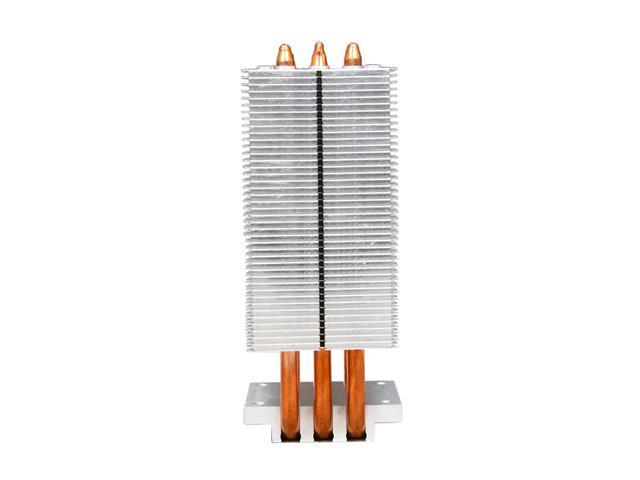 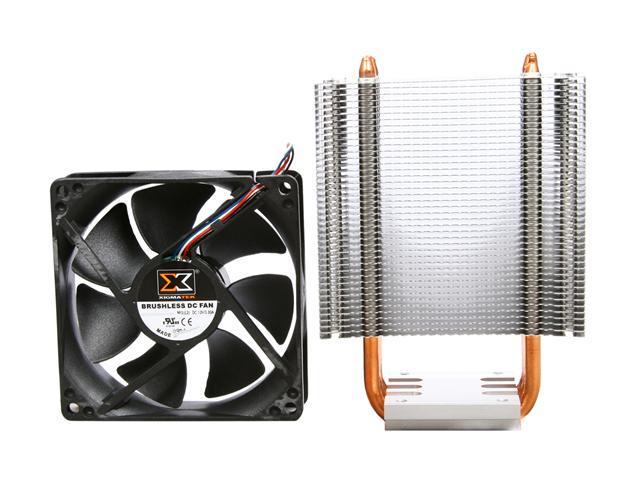 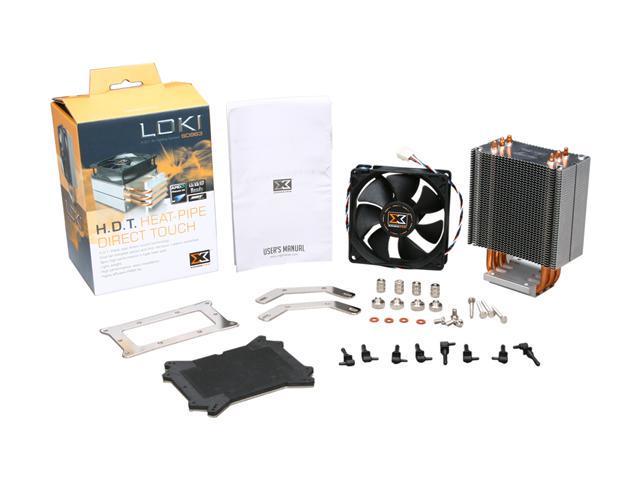 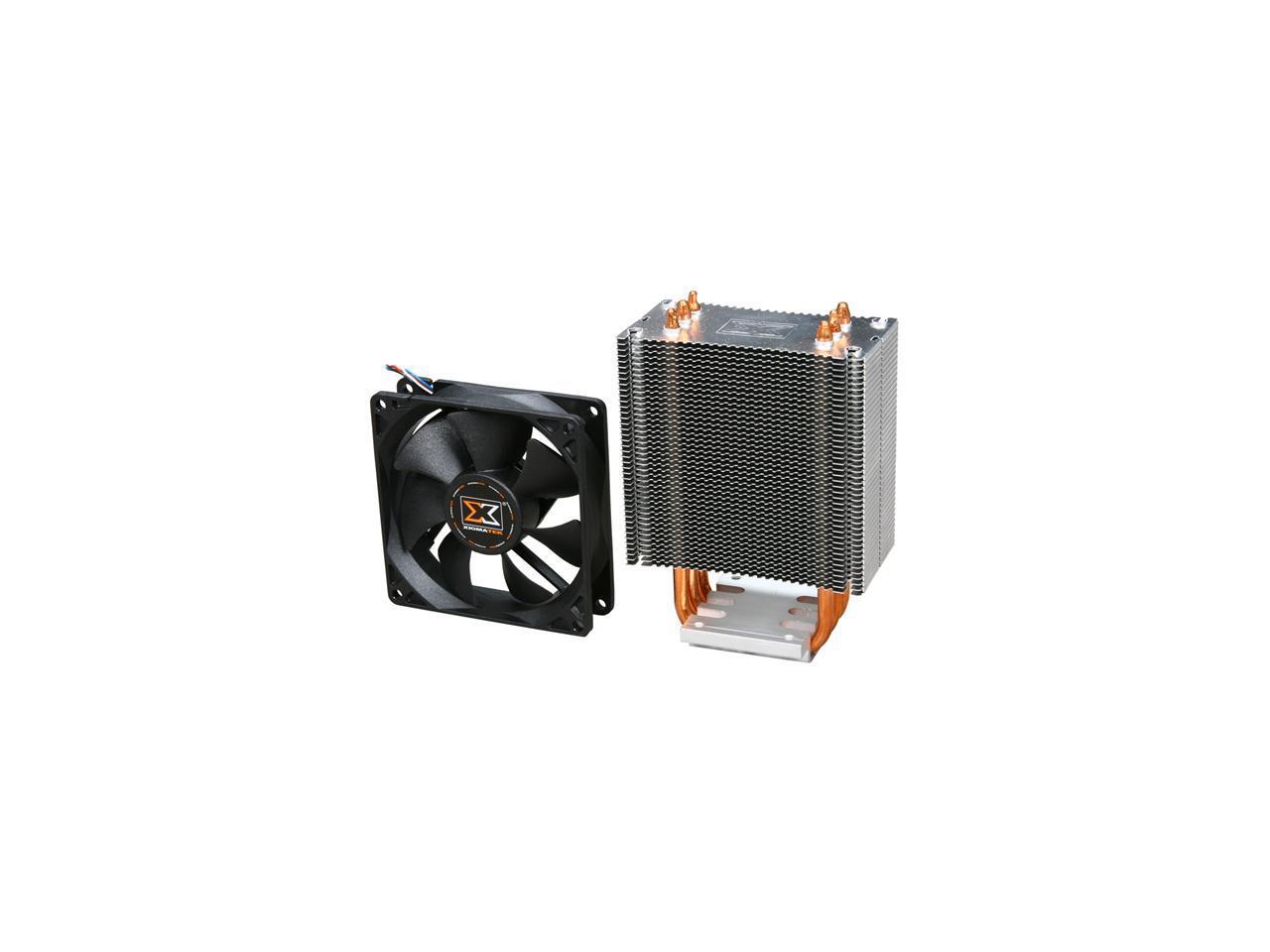 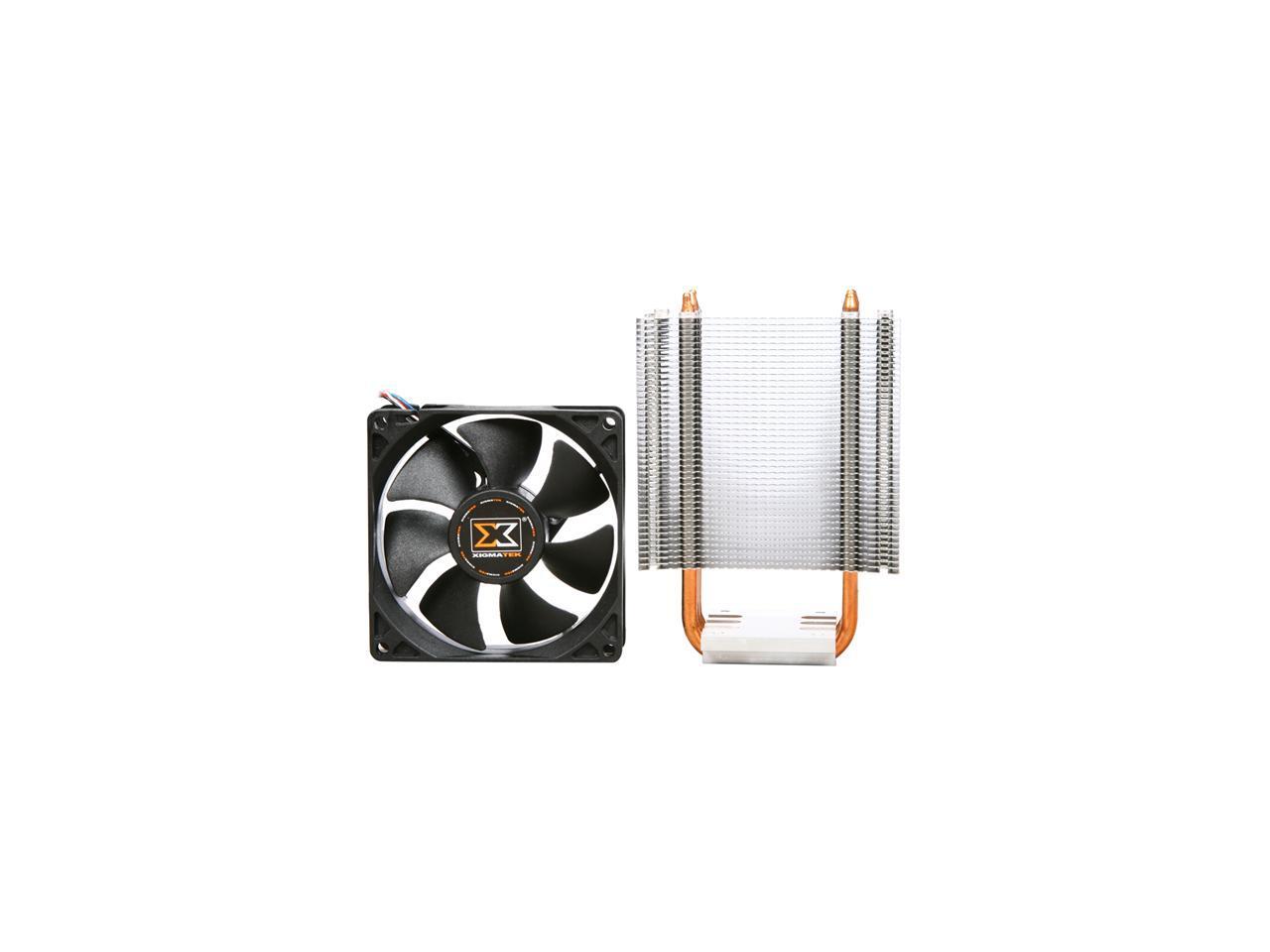 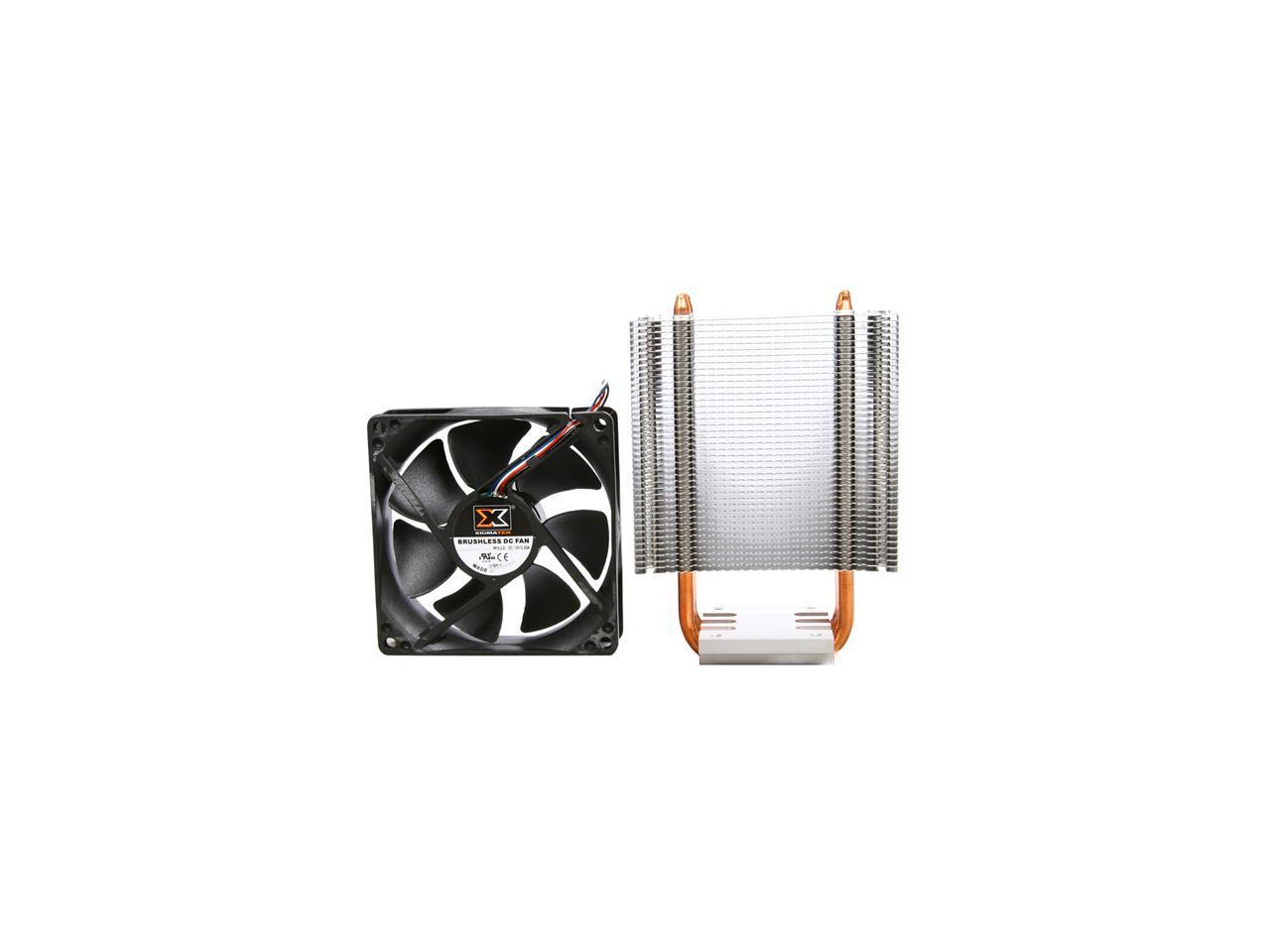 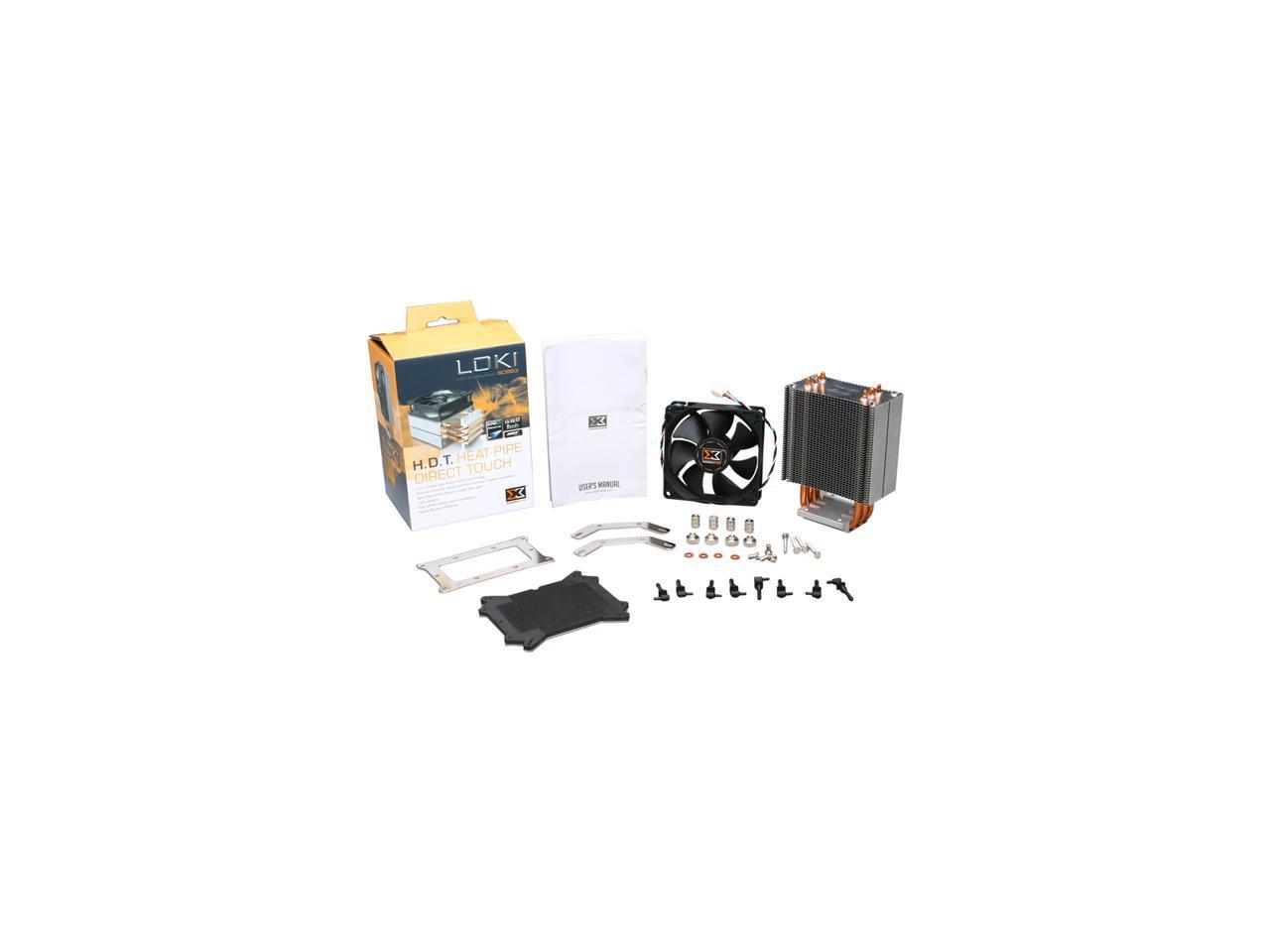 (416) Write a Review
OUT OF STOCK.
Overview
Specs
Reviews

Loki, connected with magic and fire; his relationship with the gods varies by source, sometimes assisting and sometimes causing havoc. Loki is gifted with the talent to shape-shift into various creatures.

With such power we wanted to reawaken this god so that his legacy can live on forever. Loki is one of the greatest accomplishments in CPU cooling history with the power to adapt to every situation similar to the mythology, he has the ability to quickly transform from a single fan to dual fans due to the integrated dual fan option. -Loki can cater to it all.

Loki will be able to keep your CPU running at full power without the worry of overheating.

-Loki, the cooler with innovation, power and attitude! Our team of highly experienced thermal engineers came up with an idea of inventing a more effective process to displace heat. We call this Heat-pipe Direct Touch Technology. To achieve this innovation we needed to reinvent the entire traditional copper/aluminum heatsink base. HDT works by integrating the copper heat-pipes straight to your CPU giving a direct touch. After excessive experiments through trial and error, we are proud to announce our HDT technology produces over 10 percent more heat conductivity compared to the traditional copper heatsinks and a colossal 170-percent improvement over the aluminum heatsink most commonly found in retail coolers. This innovation will deliver up to an astronomical 45-percent in heat displacement. Loki was envisioned with the idea of innovation - The concept was to simulate a box shape barrier which could obstruct the heat from escaping, accumulating the warmth within the fins. This concept prevents the heat from discharging to outer unwanted regions and creates a tunnel allowing the fan to perfectly thrust the air though the fins, effectively releasing unwanted heat allowing maximum thermal displacement. To ensure a stable connection for our highly competent fan, our engineers needed to reinvent the connector. Instead of using a stainless steel clip, we decided that by using a rubber fabrication it would eliminate unnecessary vibrations, ultimately delivering close to nonexistent sound. Cooling a CPU has two major aspects, firstly the thermal displacement from the heatsink/fins and secondly the fan. Obviously the higher the RPM of the fan rotation, the more effective the heat can be driven away. Our intention was not only to design a powerful fan - we wanted to construct a fan which had an exceedingly long life expectancy. We are proud to say we accomplished this with our newly redesigned (FCB) Fluid Circulative Bearing. The FCB is not like your average bearing; it can withstand high, steady RPMs due to its re-circulative fluid, but at the same time it can cancel out friction therefore minimizing noise pollution whilst still pumping out an extraordinary 40,000 hours.

XIGMATEK CONTINUES TO LEAD THE MARKET IN INNOVATIVE IDEAS THAT ARE TRANSLATED INTO TRULY UNIQUE PRODUCTS. XIGMATEK’S COMMITMENT TO INNOVATION, DESIGN, QUALITY, PERFORMANCE AND VALUE MEANS THAT THE CUSTOMER GETS THE BEST FEATURED AND PRICE/PERFORMANCE VALUE IN THE MARKET.

Cons: Since this cooler can be mounted onto a variety of processors, there are a lot of parts in the box to make it compatible, which can be intimidating for a PC novice, but if you take your time and follow the instructions, its not that hard.

Overall Review: I am amazed at how well this cooler is built for the price. I havent heard many people talking about Xigmatek products, but after this product, I will definitely keep an eye on them. I have this mounted to a quad core Phenom II overcocked from 2.8 GHz to 3.2GHz, and when doing non-stop video encoding using Handbrake for several hours on end, the CPU temps dont get any higher than 110 degrees. At idle, temps drop to pretty close to room temp. Unless you are really into overclocking, this cooler is all you need. Dont waste your money on more expensive air or water coolers, they cant possibly be any better than this.

Pros: The price first of all. This thing is worth way more than what they put it for. It lowered my temps while using a stock intel cooler from an idle of 42c to an idle of 30c, almost 29c. Thats insane.

Cons: None other than installation. One of the bolts weren't threaded correctly and I was left with three bolts holding it together instead of four. Not a big problem, but just an annoyance.

Pros: Clear instructions multiple socket types strong materials Big enough to do the job, but not huge Very effective cooling in my situation.

Cons: weird sized fan (92mm), so choices are limited on replacements or additional fan Instructions say to mount the fans after installing heatsink, I would suggest mounting the fan first

Overall Review: On my Phenom II 965 @ stock speed: stock HSF: 48c idle, 87c max load new hsf: 30c idle, 50c max load dropped idle temps 18 degrees, and maximum a whopping 37 degrees. I also used some articsilver instead of the included thermal paste, so I'm sure that helped as well. Make sure you apply it to the bottom of the heatsink to fill in the gaps between the copper pipes and the aluminum base

Pros: Decently quiet cooler with good performance, it came with one T-nut messed up. Newegg was happy to replace it (5 Eggs for Newegg) but I needed it since it was on my only PC and was finals week in college. The PROs are greatly outweighed by the CONs.

Cons: I purchased this 12/8/2011 when it had a twenty dollar rebate which brought this down to eight dollars and ninety nine cents. At less than nine bucks, it "seemed" like a killer deal. I filled out the rebate form to a T, scanned the filled out rebate form for my personal records, and mailed it off before the postmark deadline. I've called Xigmatek and sent emails and left voice mails with NO response over the past 2-3 months. Over the past month of April, I've been in contact with Newegg as they are trying to determine where my rebate is. I was bounced around between a few different Newegg representatives via email and the last one gave me this message from Jay: "I have sent a request to our related department to look into this issue. We will update you via email. Thank you in advance for your patience. " Maybe Newegg is just hoping I'll forget...I don't know. Pretty much I can kiss that twenty bucks good bye.

Overall Review: If your considering this because a rebate makes it a killer deal, just AVOID IT. Xigmatek's customer support is found lacking and you'll not get a response from them... like ever ever. Oh, this also include getting a replacement for defective parts, e.g. the T-nut which holds the cooler to the retention bracket.

Cons: Not quite as effective as some of the higher end coolers, bu

Cons: I bought a visually identical xigmatek cooler with a different model number which is now discontinued (in 6 months) so a review of that one will not be read. It was a difficult install on a new motherboard in a new build(Gigabyte 1155) with the mobo removed.CPU temps were 2 degrees Celcius below the stock cooler on an Intel 2500k. Average fan noise.

Overall Review: If they cheap out on paying rebates, do they cheap out on material and design? Removed thermal compound and used Arctic Silver. Don't bother writing or calling them there will be no reply to your messages.

Pros: - all screw based mechanics, no push pins, buttons, etc. This is more solid and stable IMHO. (But requires access to back of MB.) - very light, does not bend the MB - still comes with back plate so screws press on that, not MB - not crazily expensive (even at full price) (I paid $25) - quiet - does not block memory slots (unlike freezer 7 pro) - does not require extra large (wide) case (unlike most 120mm coolers, but look at COOLER MASTER GeminII S524 for something novel) - cools better than factory default cooler

Cons: - one of the nuts was mis-threaded. Got replacement from local HW store (for free!) - manufacturer does not have support. Their contact people did not bother responding to my e-mails. - you will never see your rebate - a bit too expensive, again, rebates are not paid out - does not cool as well as something twice the size and price

Overall Review: - even with the rebate not paid, this is not an expensive cooler. - this is not meant for hard-core overclockers, but it sure performs better than the factory cooler and so is good enough for most of us. - if you don't mind using push-pins, Cooler-Master (i.e. hyper 910) is cheaper (after rebate, which they actually pay out).

Cons: Unit has defective part in mounting kit which renders the unit useless. I have emailed support and have received no response. This is disappointing. It makes me wonder about the company's business ethics.

Overall Review: I will decide whether or not to purchase products from this manufacturer in the future based on their customer support. I will update this review if I am contacted by customer support and they resolve the defective part issue.