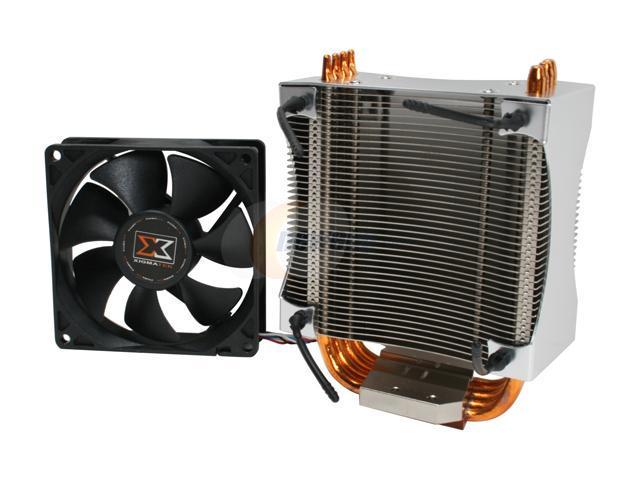 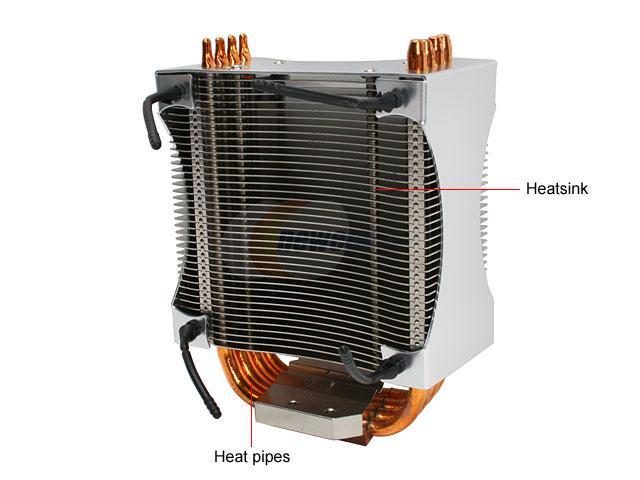 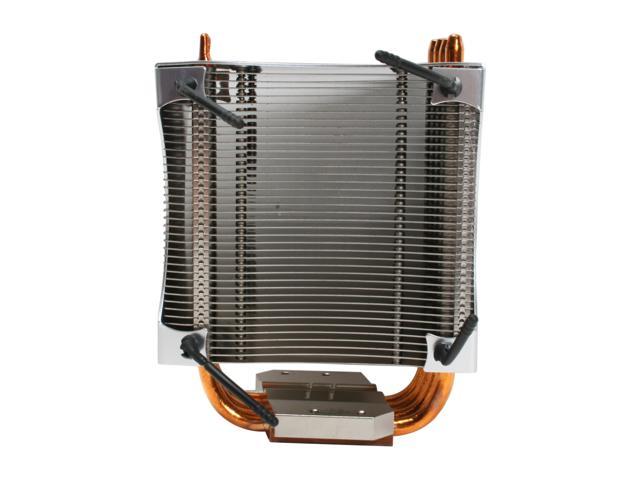 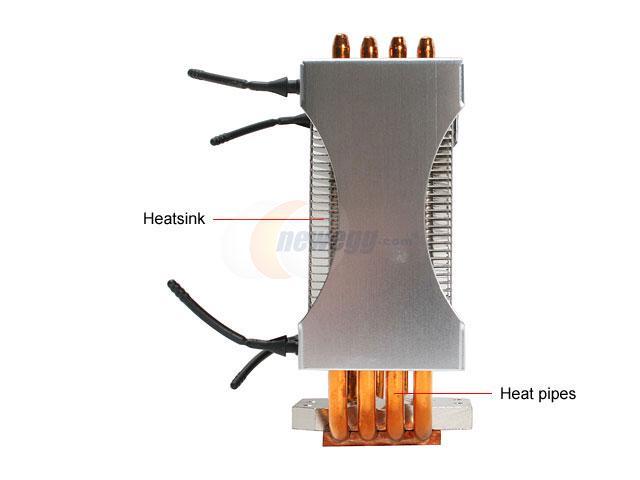 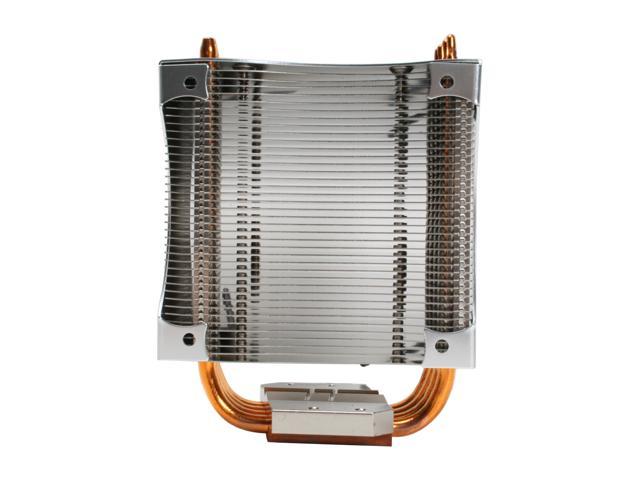 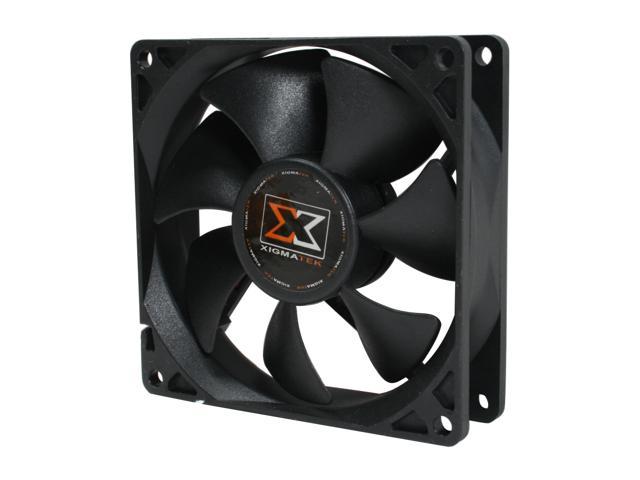 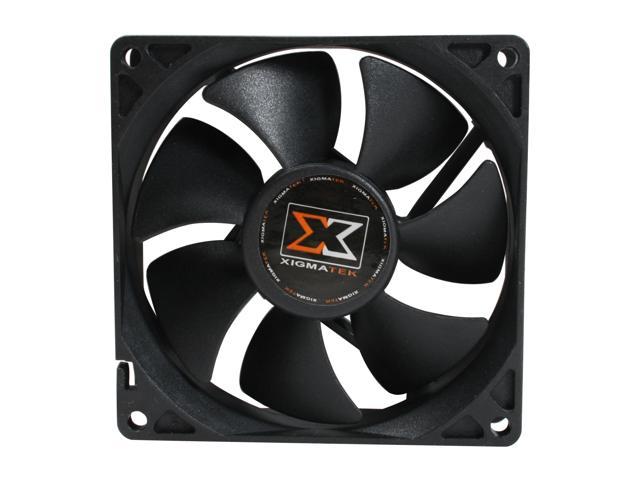 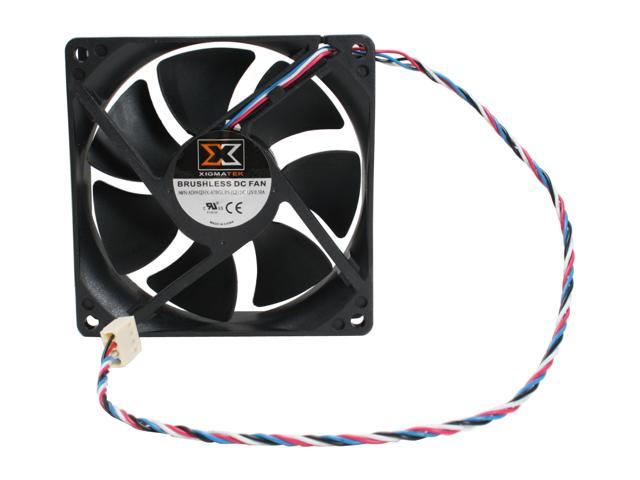 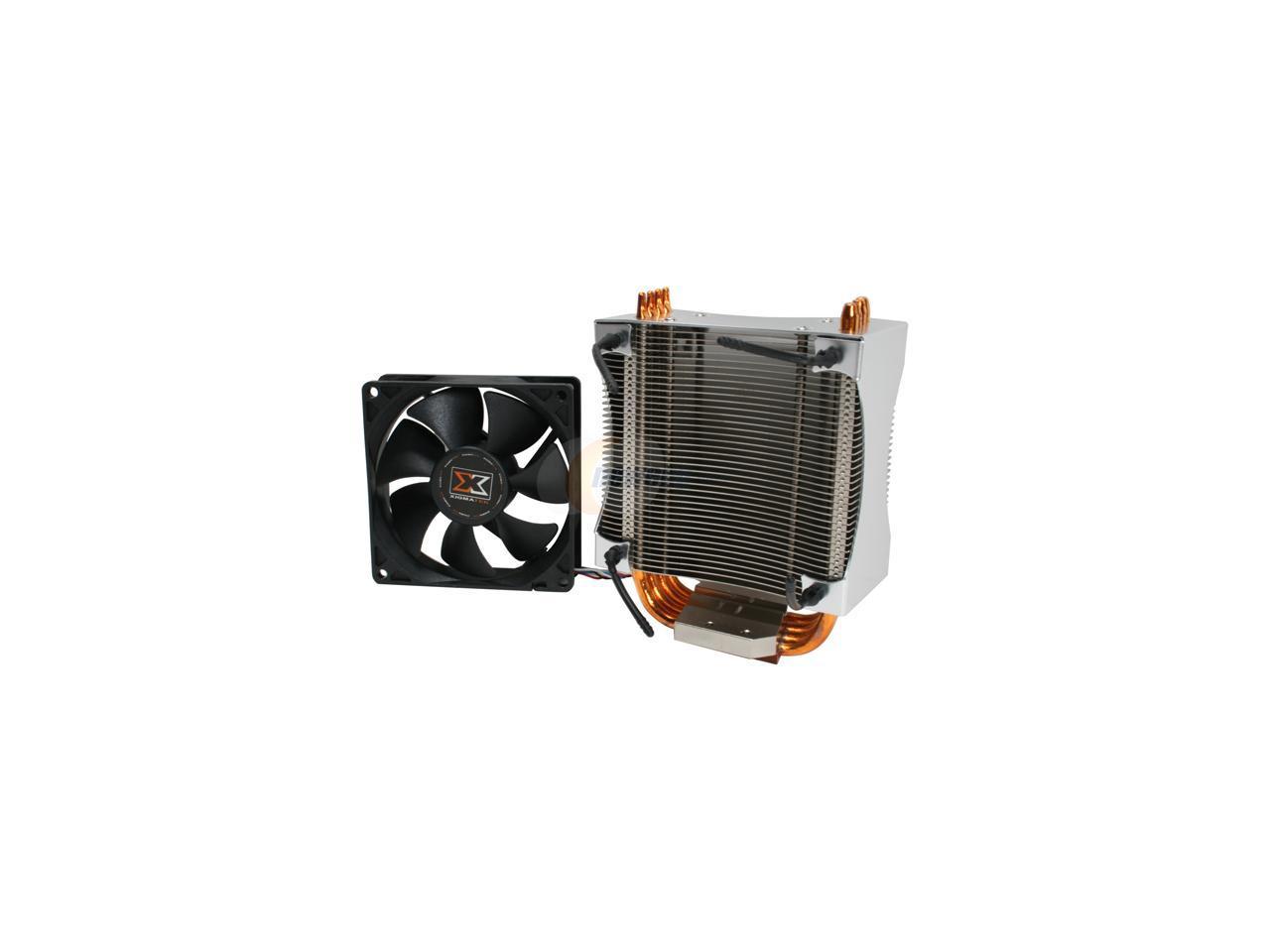 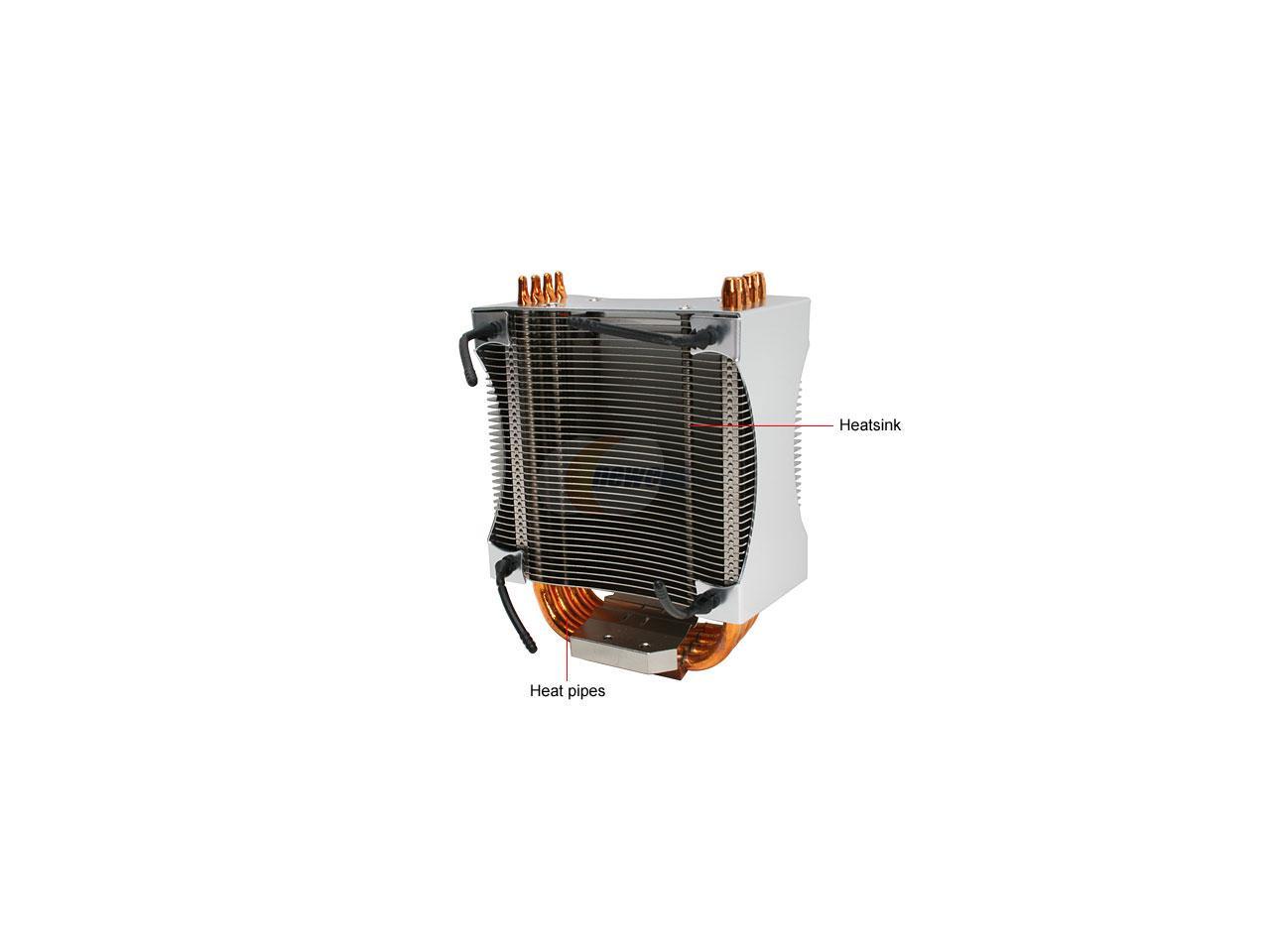 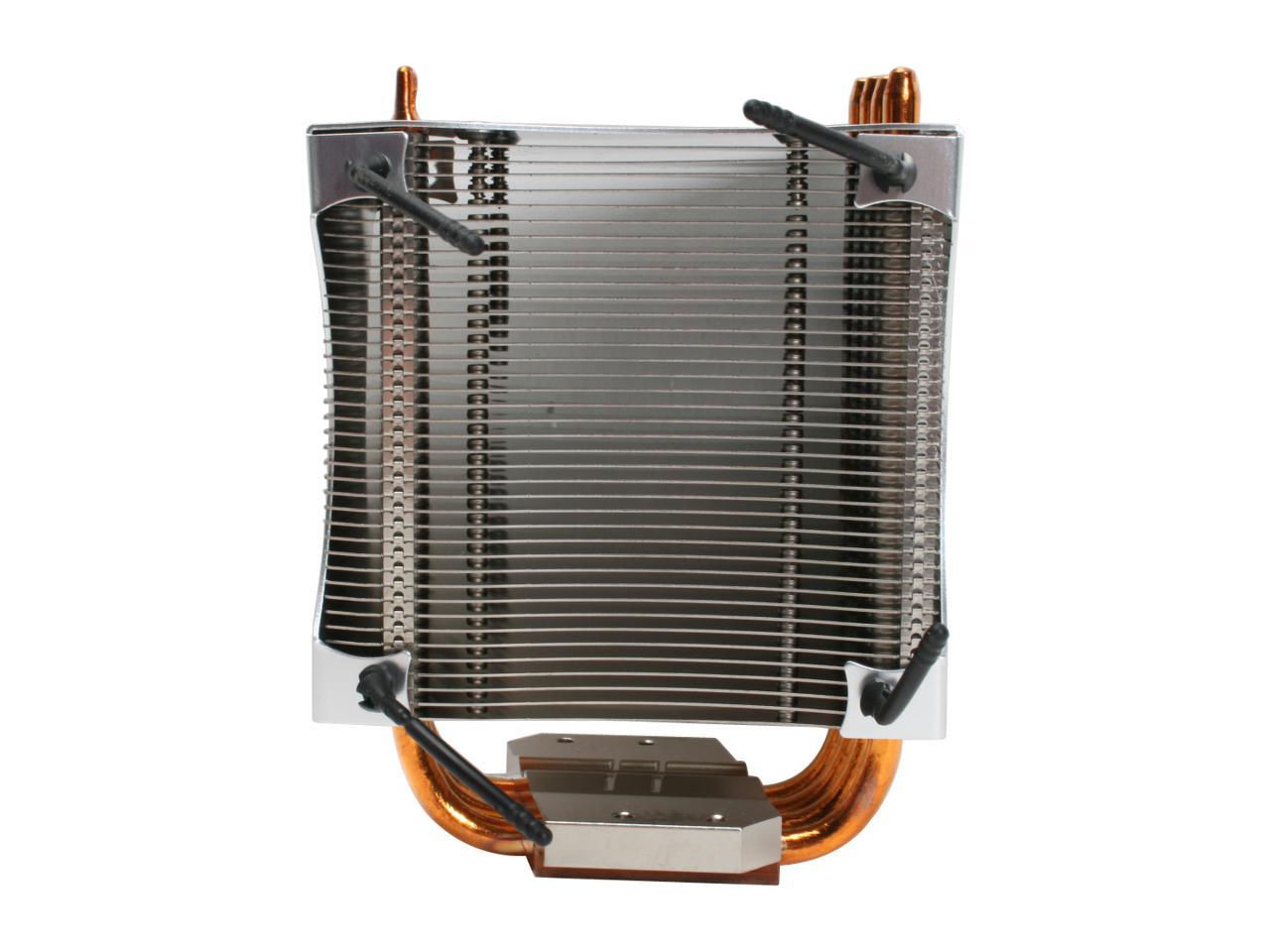 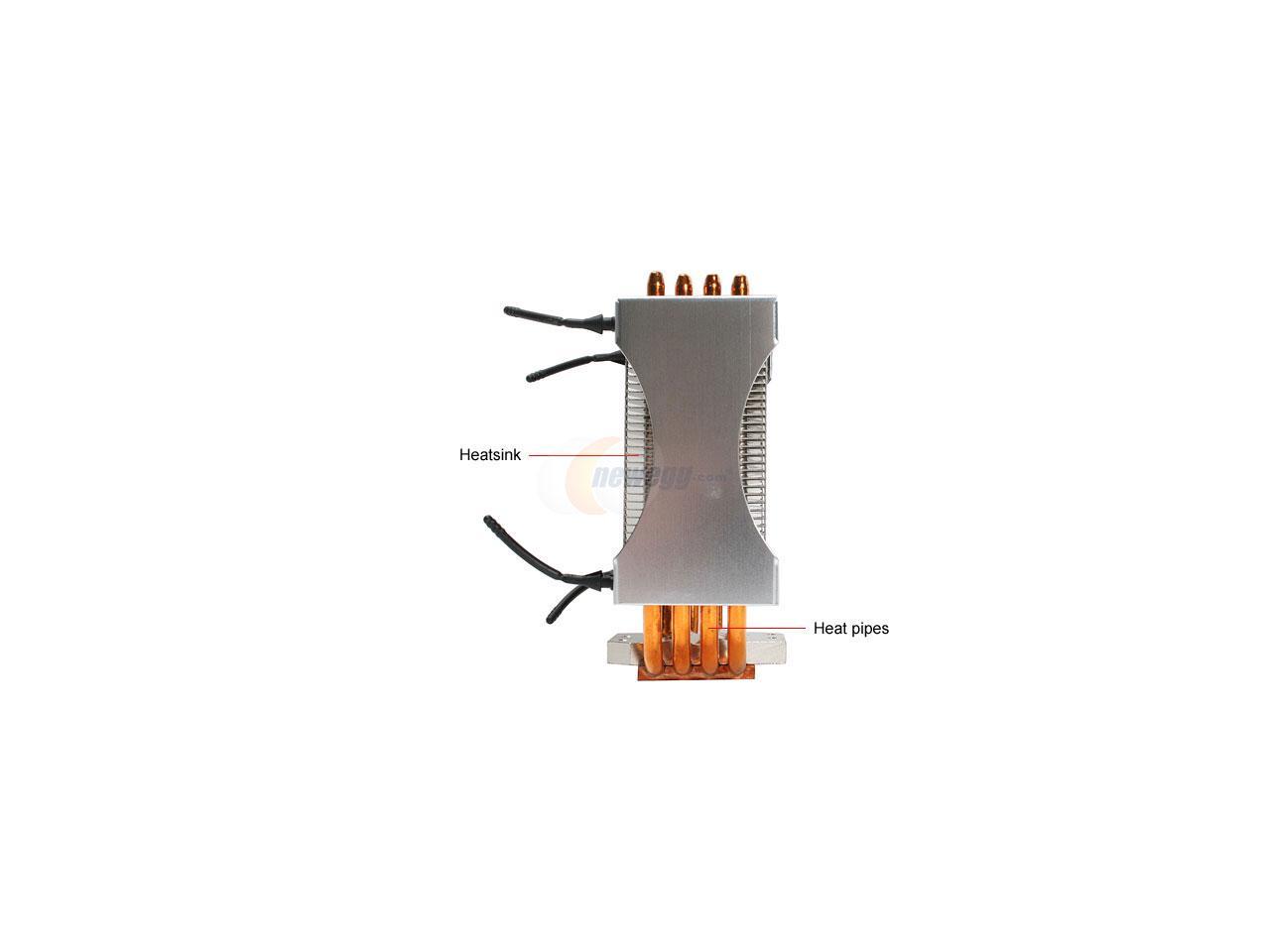 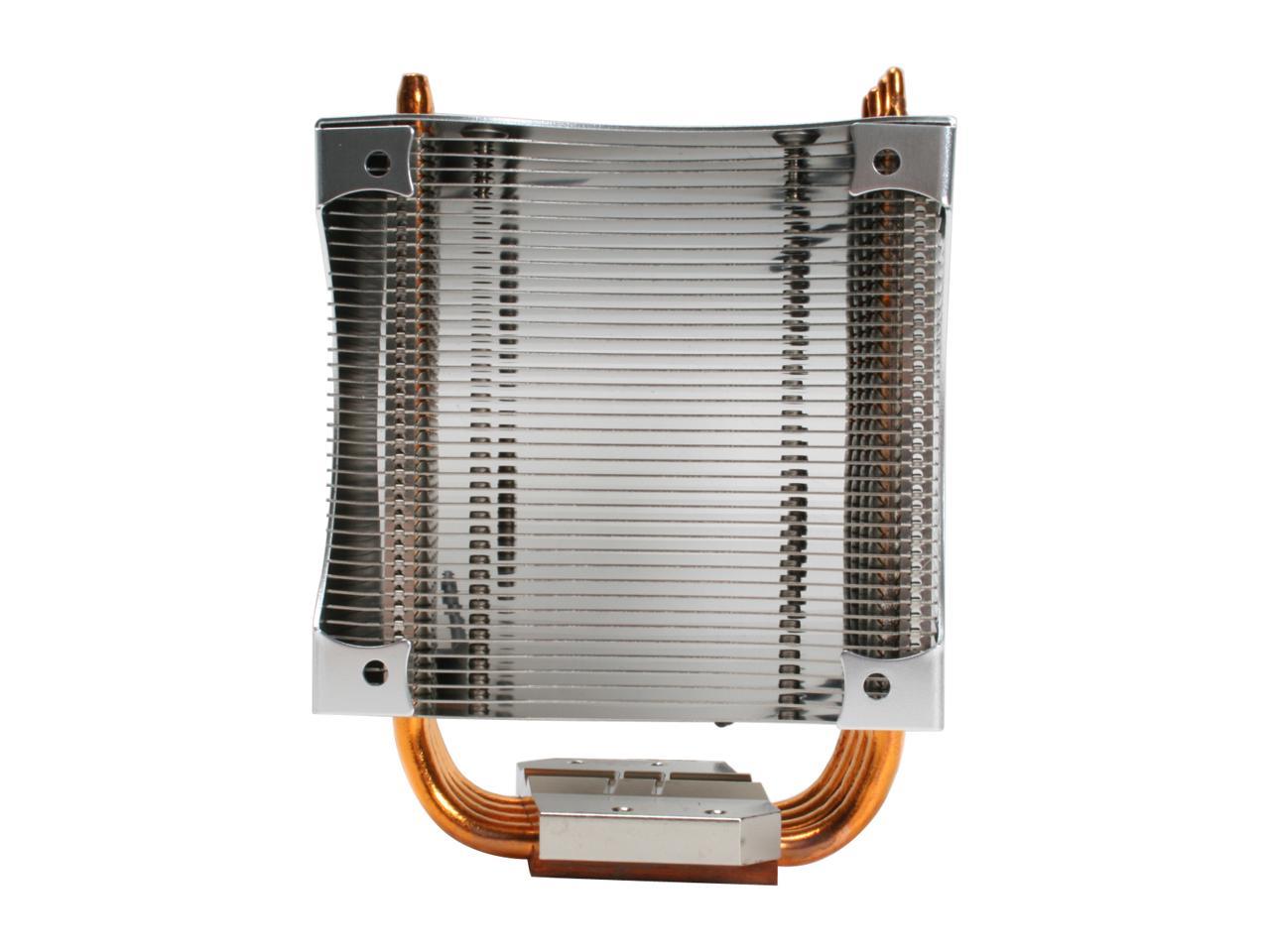 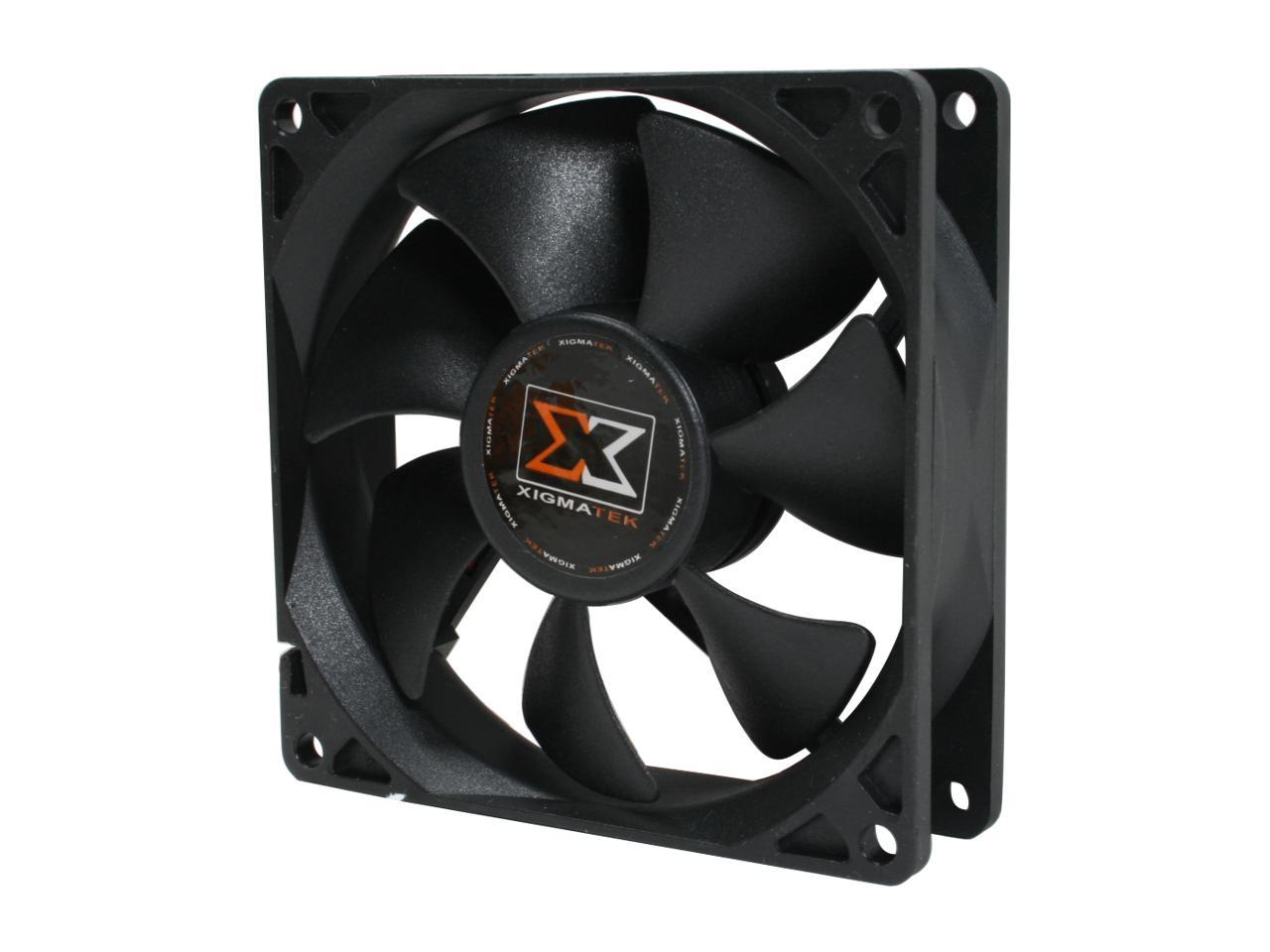 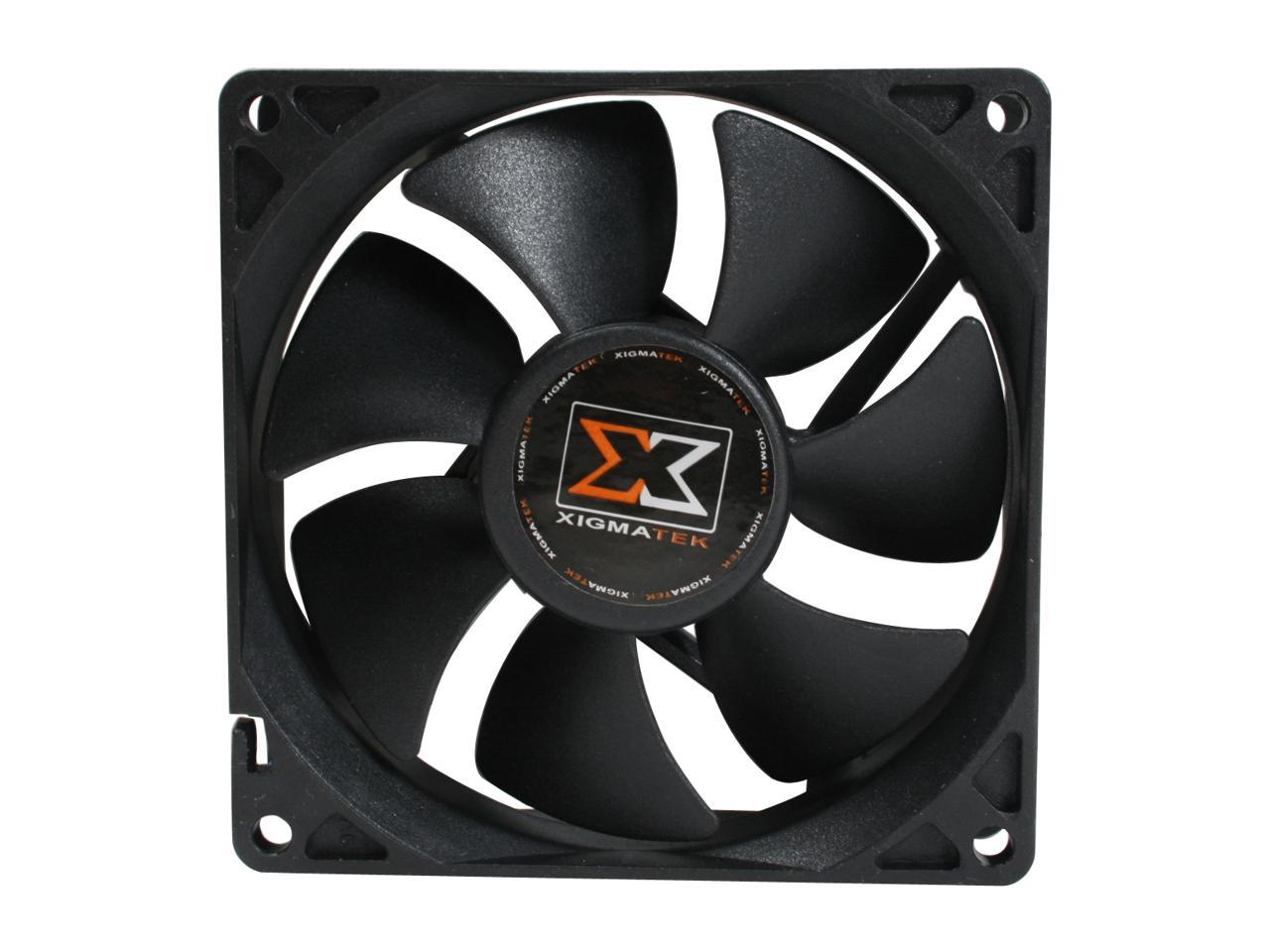 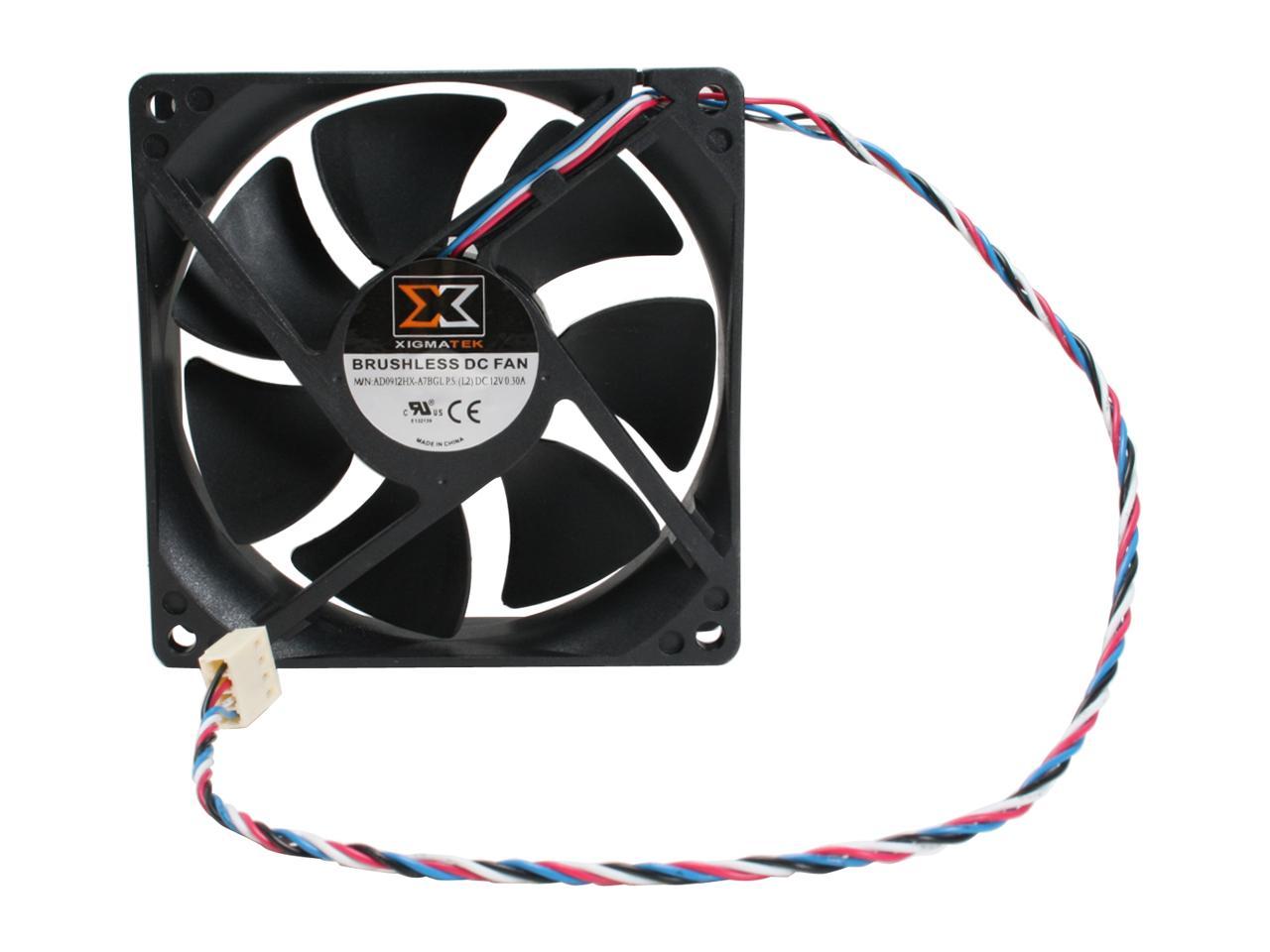 (15) Write a Review
OUT OF STOCK.
Overview
Specs
Reviews
Xigmatek strives to create reliable, earth-friendly, efficient thermal solutions. Standing for "eXtreme Performance," the XP-S964 is designed to provide supreme performance while remaining whisper quiet. Four highly efficient 6mm sealed copper heat pipes draw heat away from the solid copper base. The array of aluminum convection fins is penetrated by these heatpipes and dissipates the surplus heat efficiently.
They are cooled by the 54.6 CFM of cooling air generated by the 92mm rifle bearing fan at its maximum speed of 2800 RPM. Even though the fan generates a relatively quiet 34 dBA of noise at this top speed, it can be automatically controlled by the BIOS through the use of the built-in PWM support. When the computer detects a lower thermal need, the fans speed can be reduced which, in turn, lowers the audible level.
Designed to support All AMD Socket AM2, 754, 939 and 940 CPU's, it also is compatible with Intel's Socket 775 CPU's. It rests on rubber shock absorbers which eliminate any vibration which may be transferred to the motherboard – thus eliminating any possibility of noise. It connects securely through the use of either push pin or a tool-less clip.

Pros: Great Cooling for the price, light, and not as tall as other heatsinks of the same design.

Cons: As with other push pin heatsinks, installation can either be really simple and quick, or frustrating. The first time I installed it, all four pins went in easily. I later uninstalled it (to apply better thermal grease to get even lower temperatures), and had a hard time getting all the pins to securely locked.

Pros: im runnin gigabyte ga-ma78gm-s2h motherboard with amd cpu.the fan and heatsink works beautifully does as it says. with the oem fan and heatsink when under load cpu was running 189 degrees f. since put this on under full load will not even goto 100 degrees f>

Cons: leaves two corners of cpu exposed dont know why designed that way but is.obviously though does not hurt the functionality of the product.

Overall Review: will buy another

Cons: When mounting on an ASUS M2N-L board the AM2 clip was so tight that the retention clip bent under the strain. This caused the heat sink to slide right across the CPU and hang partially off. Pushing it back to the left I got it pretty much centered but still was not exactly the most reassuring securing system around. Thought at one point the clip was going to turn sideways and shoot off.

Overall Review: The contact base of this cooler isn't square to the rest of the design. This appears intentional but seems a little odd. It leave two corners of the cpu uncovered while the other two have overlap. Not necessarily bad.. just different.

Pros: this is an addition to my previous review... reseated the heatsink and added a second 92mm fan and now it's cooling even better. idle around 37C, haven't stress tested but when i'm playing games it seems to top off around 47C

Cons: plastic push pins seem to have gotten even less reliable over time, as the locking mechanism has sort of worn down. i might buy a bracket at some point if i get bored and want to lap and reseat the thing anyway. only problem is newegg/xigmatek haven't really provided too many details on which bracket goes with which cooler. i suppose it can be googled.

Overall Review: the reason i'm posting a second review is that i've realized there's a SUPER HELLA EASIER INSTALLATION METHOD. - remove the four small screws on the top of the heatsink - remove the outer aluminum housing fan bracket thing. - attach the fan to the rubber things (screw another 92mm fan on the other side while you're at it) - install the heatsink to your socket - screw the aluminum housing + fan back onto the heatsink. that way you don't have to worry about A) trying to awkwardly put the fan onto the rubber things after you've installed the heatsink, or B) trying to twist the pushpins under the fan if you install it with the fan already attached. not sure why they don't just tell you to do it this way in the manual.

Pros: Using this on an Intel E8400 and it works very well. It isn't too large and fits easily over the motherboard. I found the push pins on this model easier to press in then the factory intel HSF's and some other brands I've used. It is very light and doesn't seem like it would strain the board at all.

Cons: The aluminum shroud bends easily when you put the fan on, and can vibrate against the fins. Kind of a pain to bend it out of the way.

Overall Review: I prefer a backplate and screws to attach coolers, but I understand the factory style pushpins are probably easier for most people.

Cons: Push pins, push pins, push pins! As a builder you hate to use these. You always feel like you're going to break the board and they never go in as planned and the creeks and cracks.. *shudder*. Make sure you take your time putting these in. I suggest mounting this outside of your case as to confirm the locking of each pin underneath. Nothing worse then having it fall off or not have 100% full contact on the proc. 90mm fan can sometimes get loud but only past 60-70% but its certainly not distracting and ultimately moves a lot of air.

Overall Review: I do recommend this despite my gripe with push pins. Its a necessary evil almost but the positives far outweigh the negetives here. The relatively small foot print allows this to sit in a lot of cases/mobos. Its sleek and somewhat conservative but does a stellar job at this price point. This fits and looks perfect on my Abit IP 35 Pro.

Cons: It is low profile so the clearance between the cooler and my NB cooler is very close. The fan is also kinda loud so I ordeded another. If you are using on an Intel board buy the retention bracket you need it!

Cons: So few heat sinks come with a perfectly lapped base. Seems like someone could inovate a little on the whole push pin mounting system.

Overall Review: PUT THE FAN ON AFTER MOUNTING. Also use a pair of needle nose pliers when mounting the fan on the heat sink, the rubber mounting is a bit odd, but works well.