Purchases from these Sellers are generally covered under our Newegg Marketplace Guarantee.
1,595 Ratings (92% Positive)
Sold and shipped by:

ADATA Technology (USA) CO., LtdContact Seller
Ships from United States.
This product is sold direct from the manufacturer.
1,595 Ratings (92% Positive)
On-Time
Delivery
92.04%
Product
Accuracy
95.99%
Customer Service
Satisfactory
92.54%
View All Seller's Reviews
This item is currently out of stock and it may or may not be restocked.
Out of Stock
Add To Wish ListFound on 8 wish lists 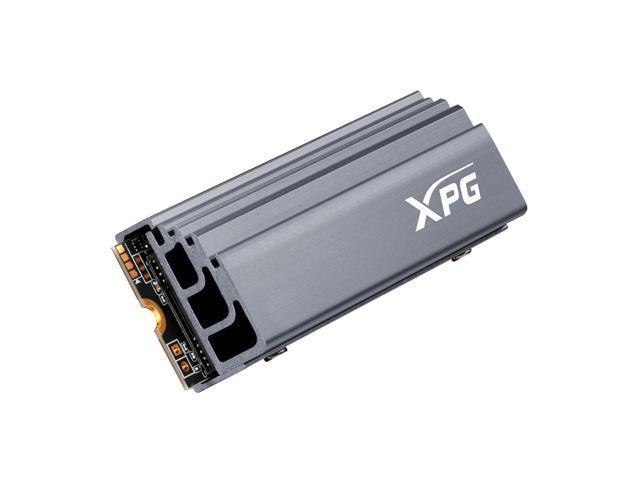 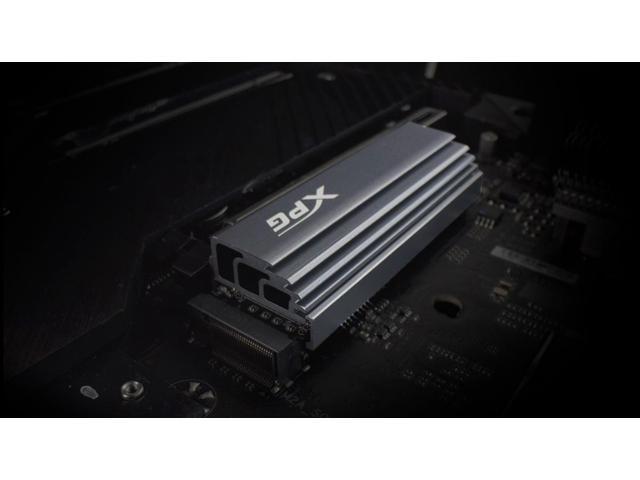 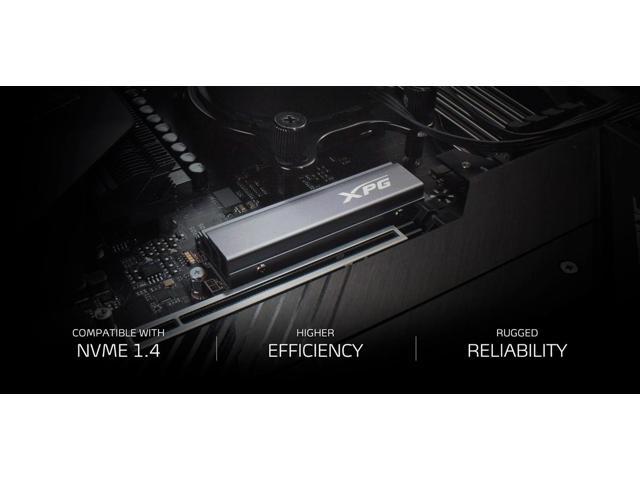 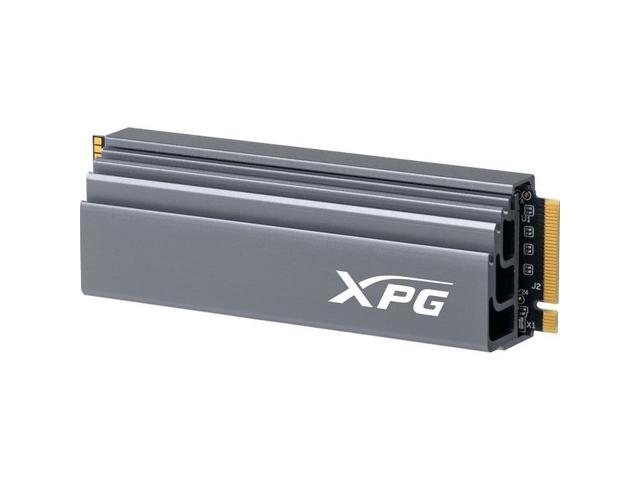 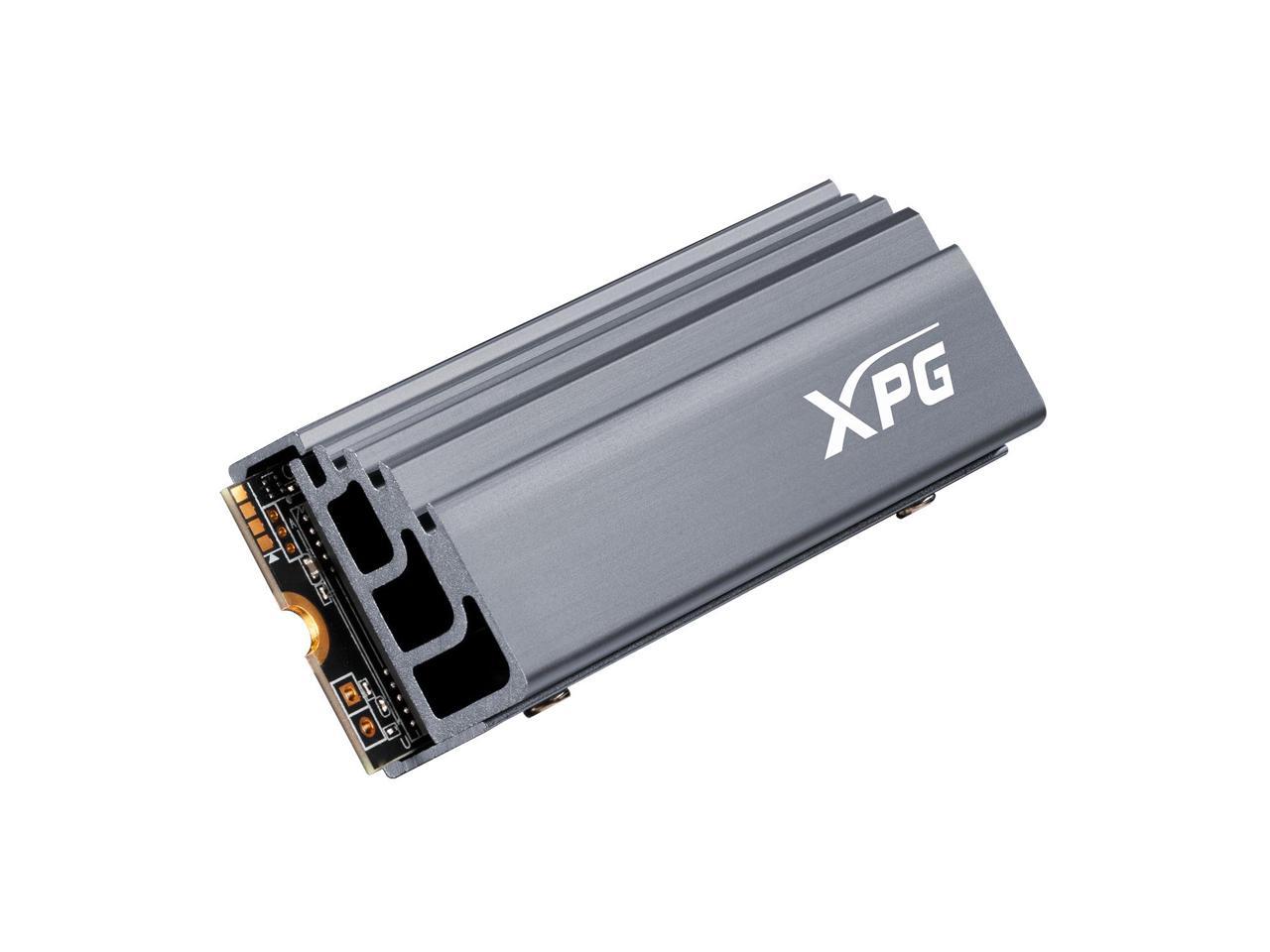 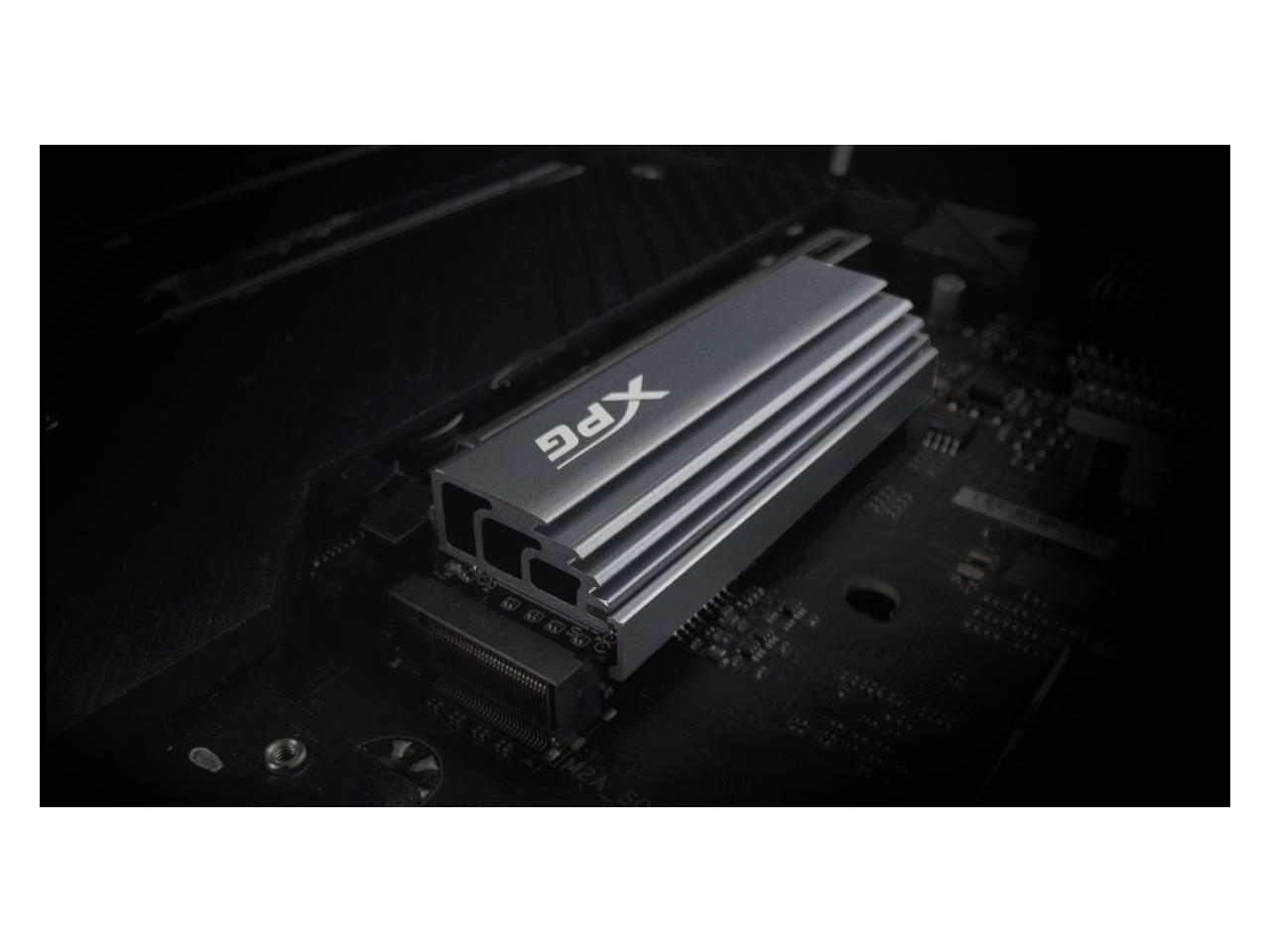 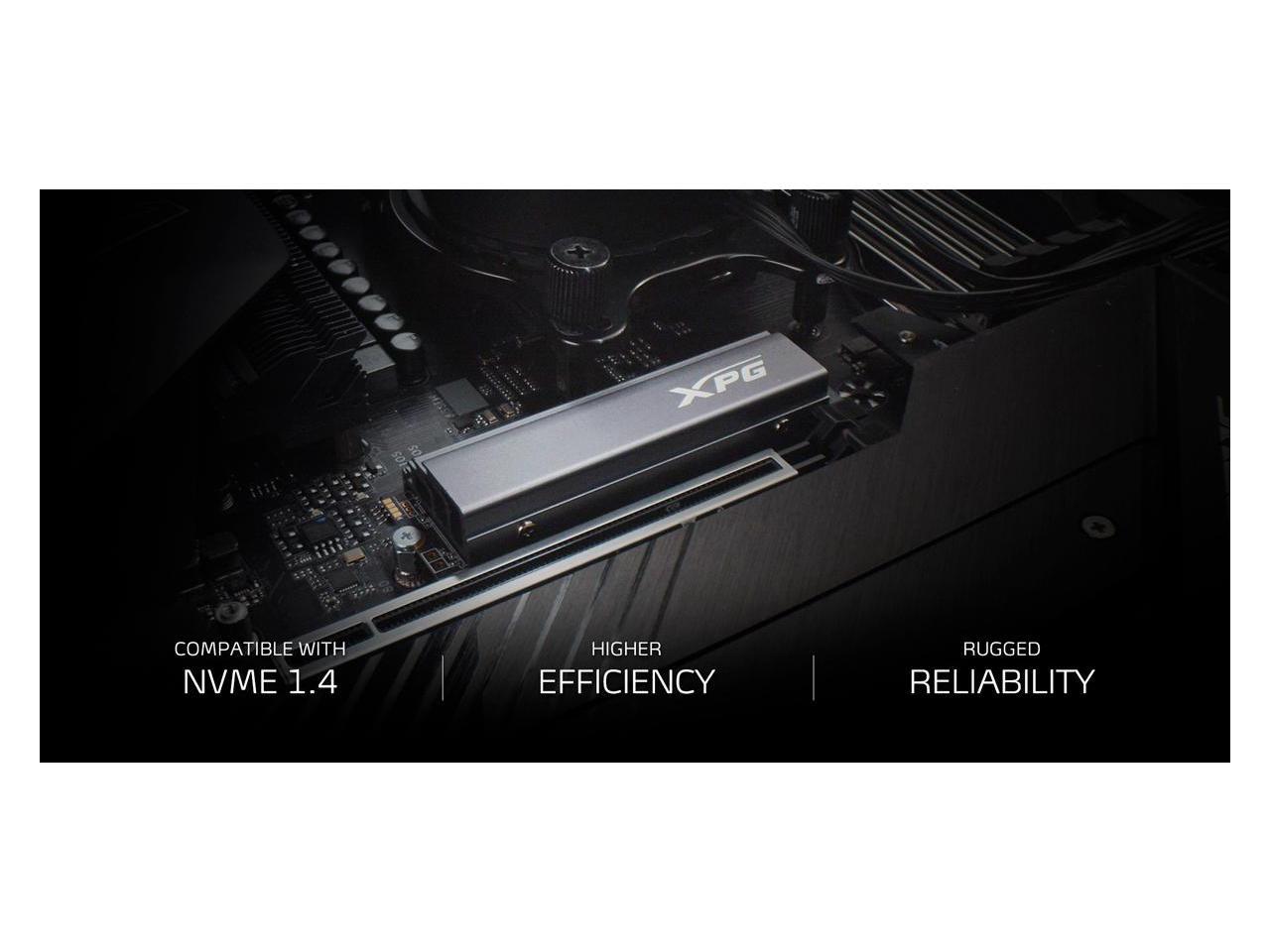 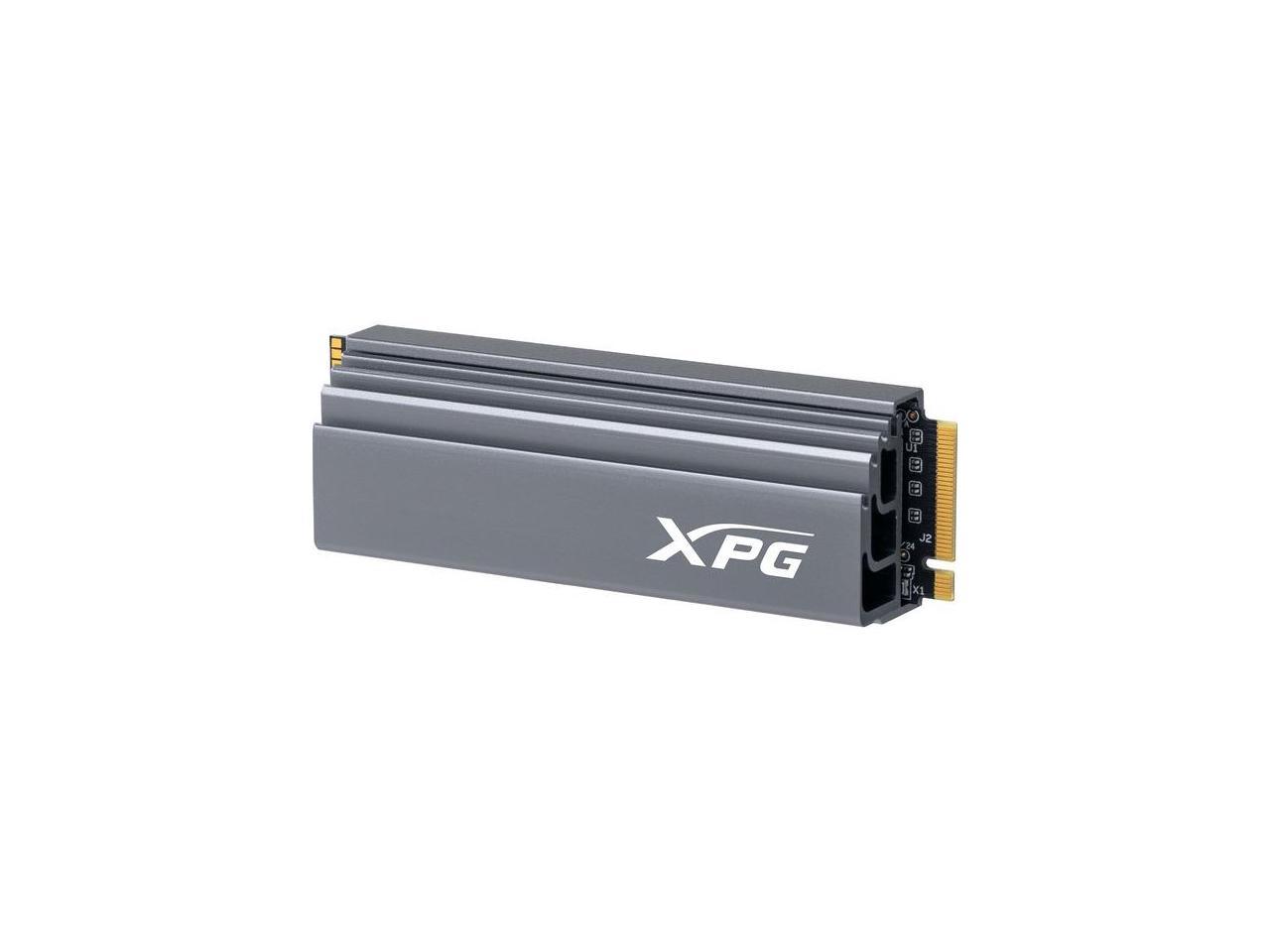 Enjoy next-gen performance with the XPG GAMMIX S70 PCIe Gen4x4 M.2 2280 solid state drive (SSD). Sporting the latest PCIe Gen4x4 interface and a host of other capabilities, this SSD is capable of reaching blazing-fast read/write speeds of up to 7400/6400/MB per second.

With the latest PCIe Gen4 interface, the GAMMIX S70 will help you dominate the competition with sequential read/write performance of up to 7400/6400/MB per second. That's up to two times faster than PCIe 3.0 SSDs! For ease of use, it's backward compatible with PCIe 3.0.

Cool in the Heat of Battle

For reliable operations and stability, the S70 is equipped with XPG’s proprietary heat spreader design. The aluminum heat spreader features a terraced structure and hollow chambers underneath for increased surface area and airflow. This design can reduce temperatures by up to thirty percent.

In combination with Dynamic SLC Caching and DRAM Cache Buffer, the GAMMIX S70 gives you a performance boost for video editing, rendering, and gaming.

Equipped with 3D NAND Flash memory, the S70 offers capacities of up to 2TB. What's more, with error correcting and protection technologies, it comes with a high Total Bytes Written (TBW) rating for excellent durability and longevity.

For peace of mind, the GAMMIX S70 comes backed by a 5-year warranty.

Learn more about the XPG AGAMMIXS70-1T-C

Pros: The S70 was installed as an OS drive on my machine Ryzen 5600x paired with a massive CPU air cooler on ASRock B550 mobo without removing any of the components. Just removed the ASRock m.2 armor shield and dropped this drive in and screw in a tiniest screw which btw came with my board. There is zero clearance issue with the S70 heatsink so called 'massive' like some reviewers claim. XPG S70 2TB is the fastest Gen 4 ssd. Take a look at my CrystalDiskMark benchmark and then check the other Gen 4 ssd reviews and see it for yourself.

Cons: A little pricey, if not in a hurry wait for sale. It seems the heatsink is somewhat hard to remove but I don't plan on removing it. It fits great with B550 SL mobo.

Overall Review: This Gen 4 ssd didn't disappoint. Get the 2TB SSD for maximum R/W and longevity. The firmware it came with is 3.2.F.P7 and it does NOT need to be updated. You can try the lastest field update tool to check. It won't brick the drive. ADATA got a lot of flack for swapping the controller earlier this year, but fear not the XPG S70 controller they are using an InnoGrit IG5236 controller and Micron 96L is safe.

Pros: Great price for a 2TB Gen4 NVMe SSD. Requires a shroud change to fit in the PS5 PS5 says the read speeds are 6800mbps

Cons: The existing cooler's adhesive is STRONG. but nothing the iFixit kit couldn't overcome

Overall Review: This is the best option to go with if you want to expand your PS5 storage to 2TB without spending around $400

Cons: None so far. Some maybe upset (none as far as I know) that there is no software bundled for cloning. That's actually not necessary as there are a number of free to use software that can do that. I will not recommend one over another, but MY choice for this job was AOMEI Backupper.

Overall Review: With space running low on my 500GB SDD and its life cut in half over past 6 years, I thought to myself it was time to upgrade. I had recently upgraded CPU/MOBO/RAM which I planned to complete with a modern SSD such as this one. When on sale, this SSD was by far the best deal for a high end Gen4x4 NVME SSD.