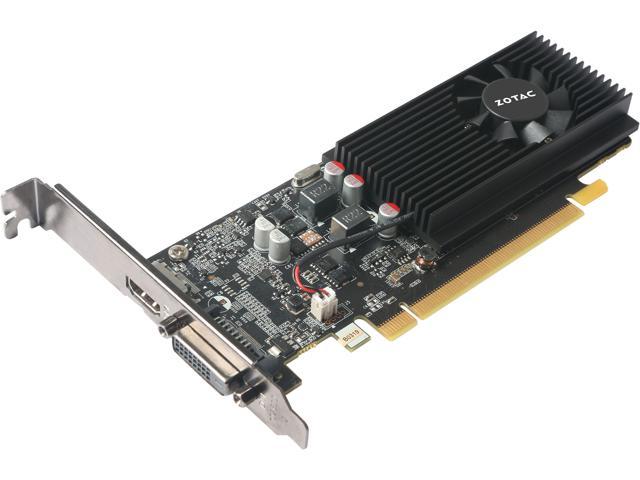 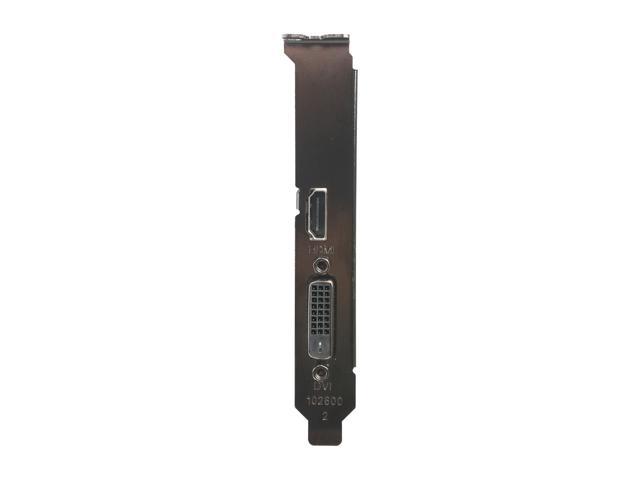 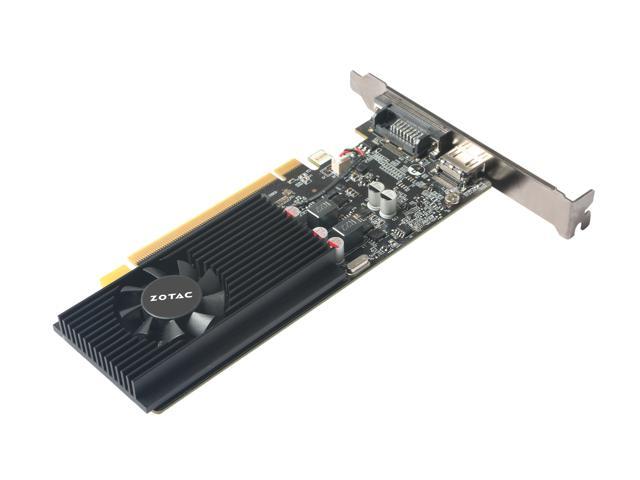 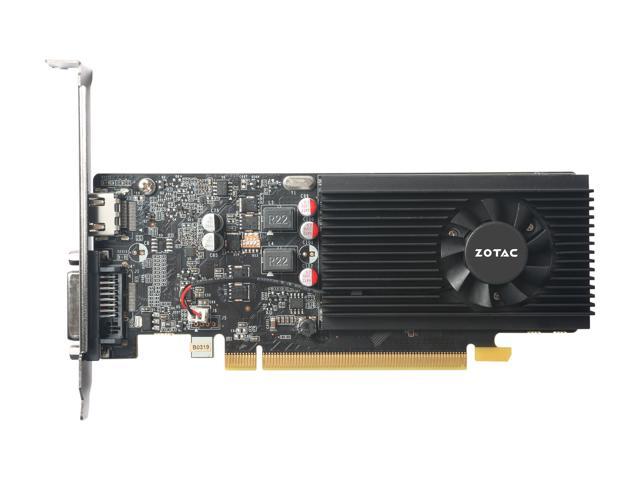 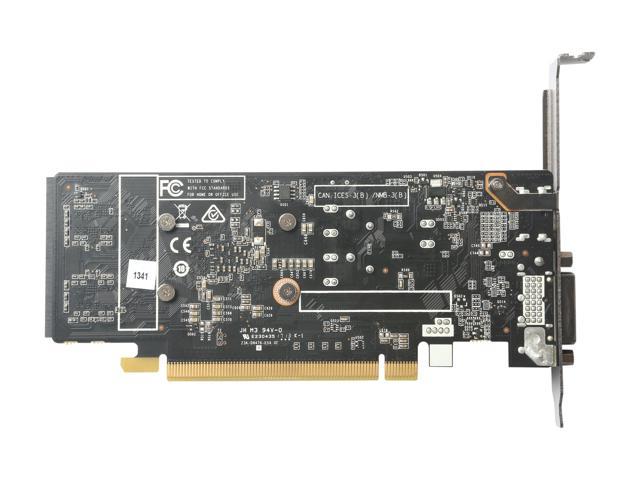 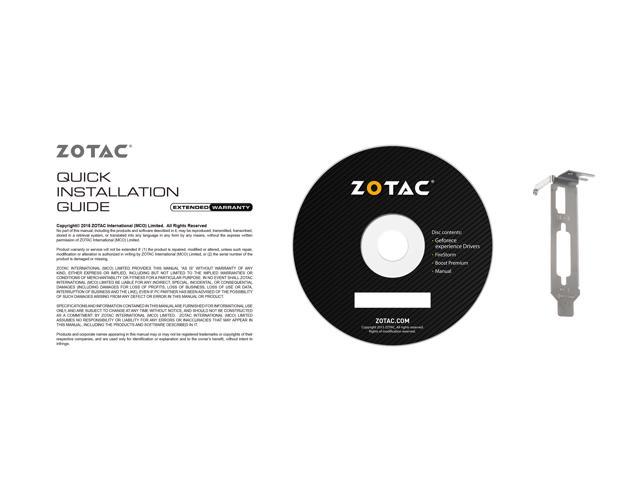 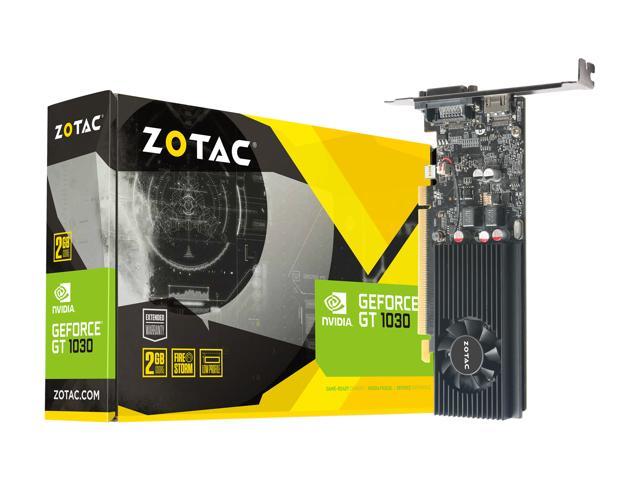 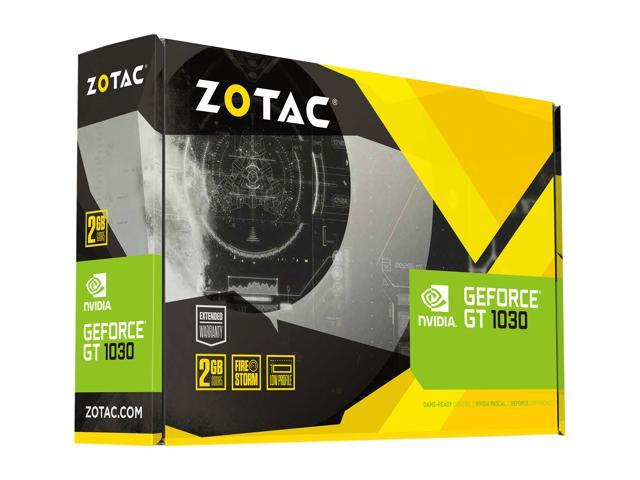 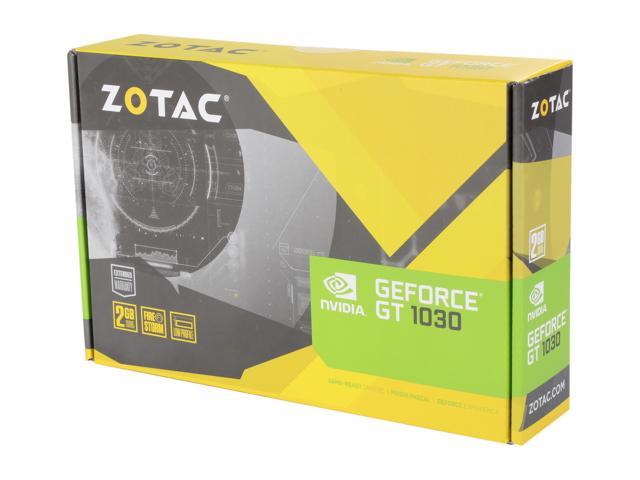 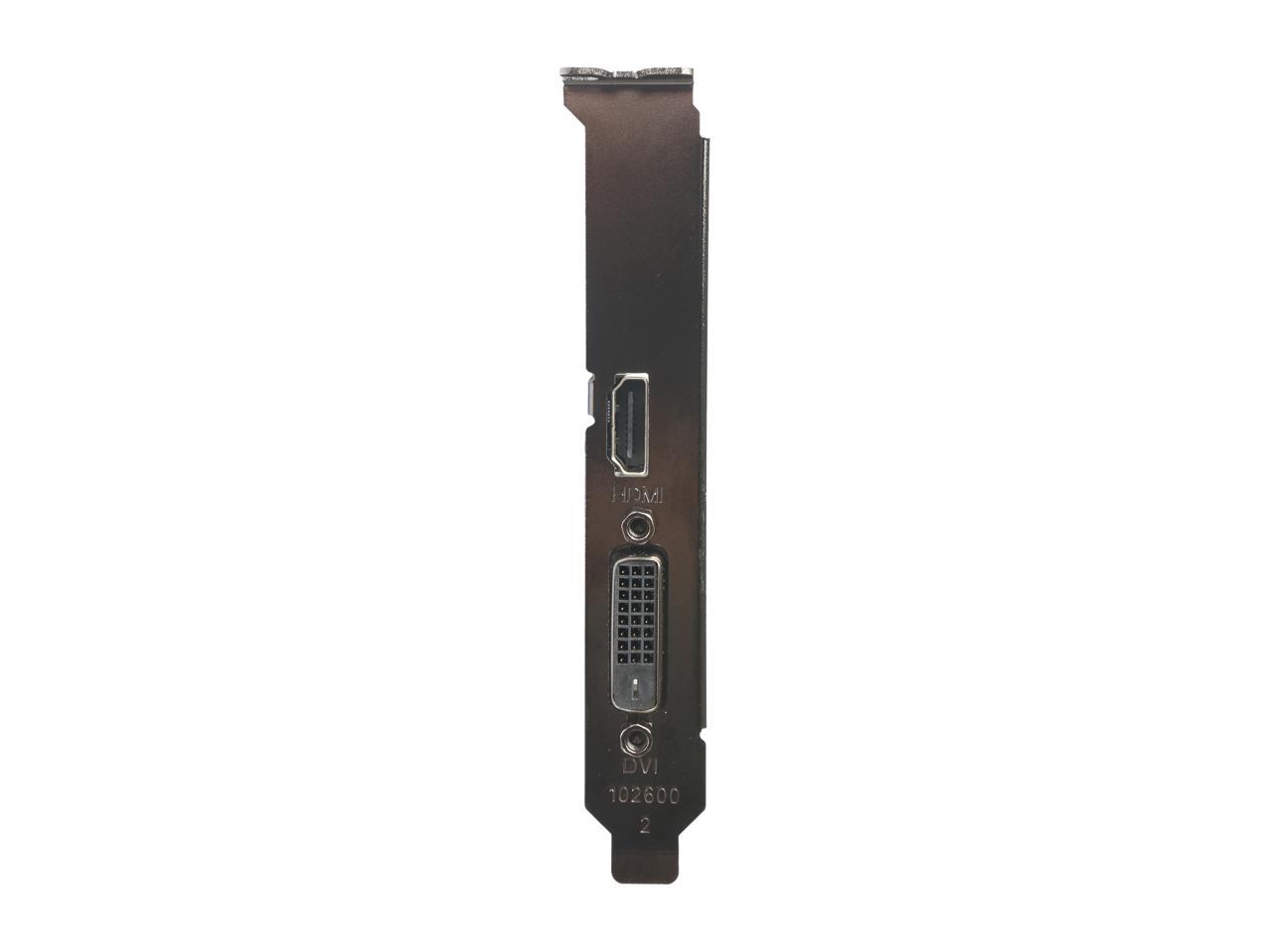 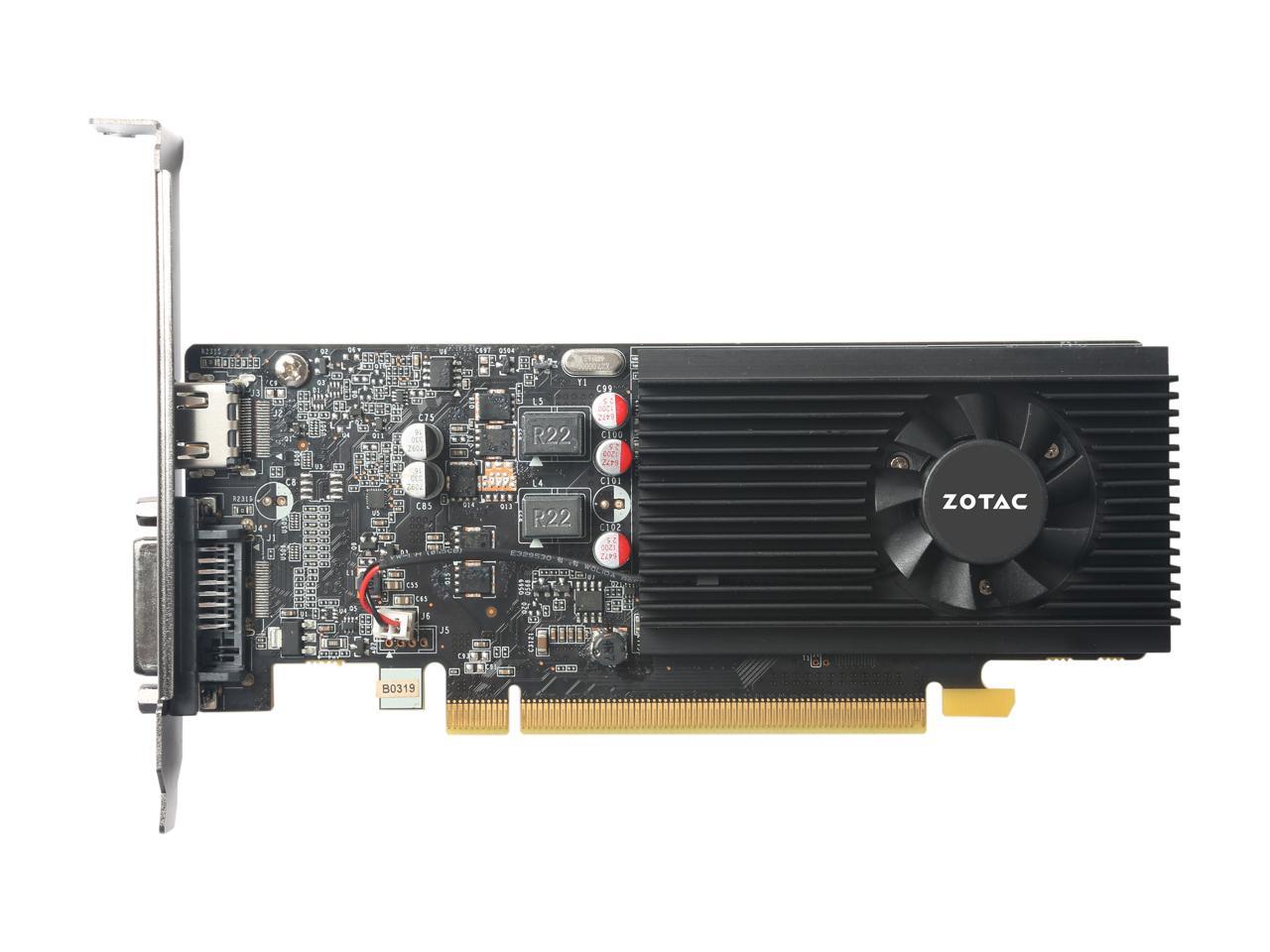 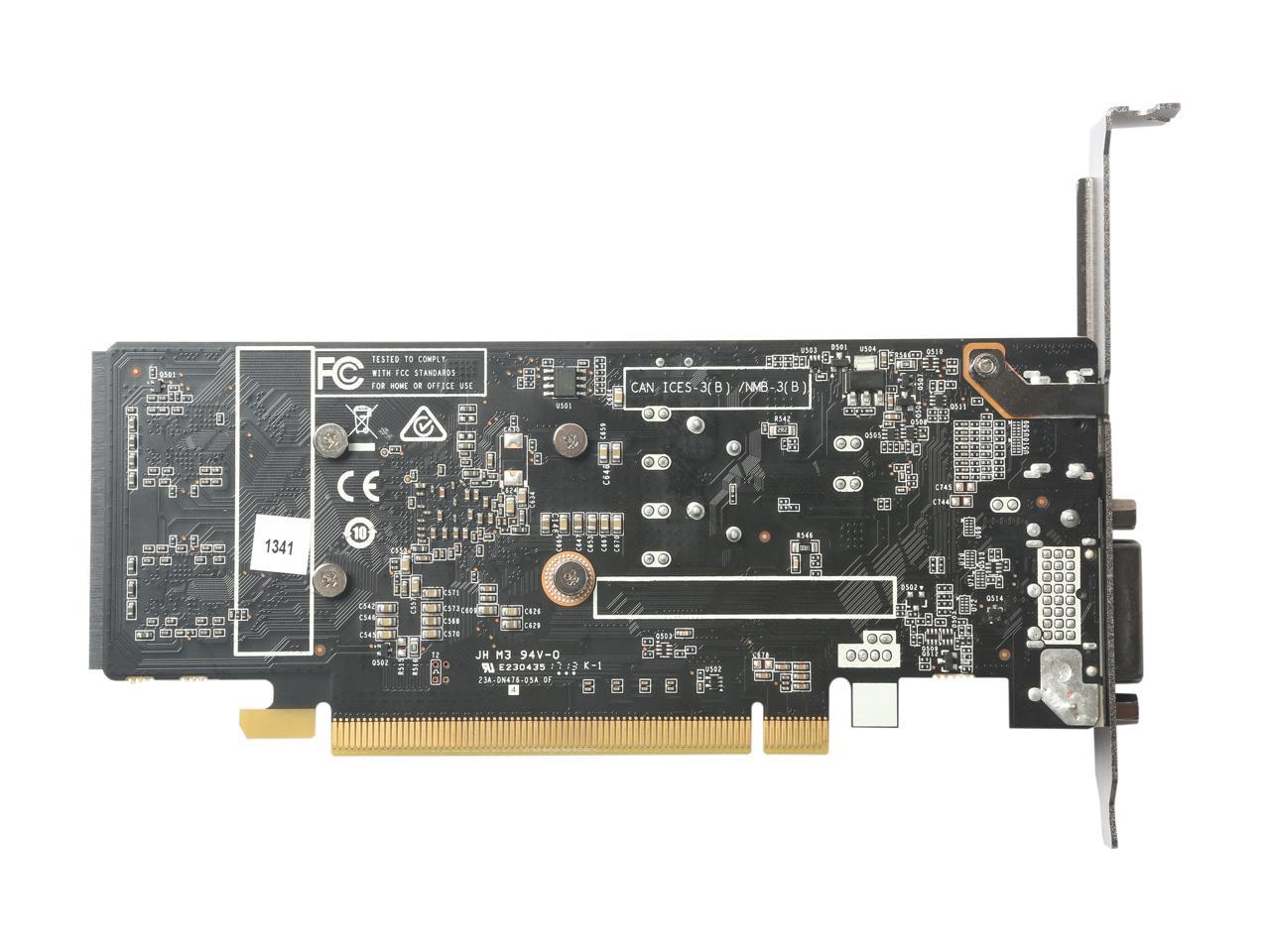 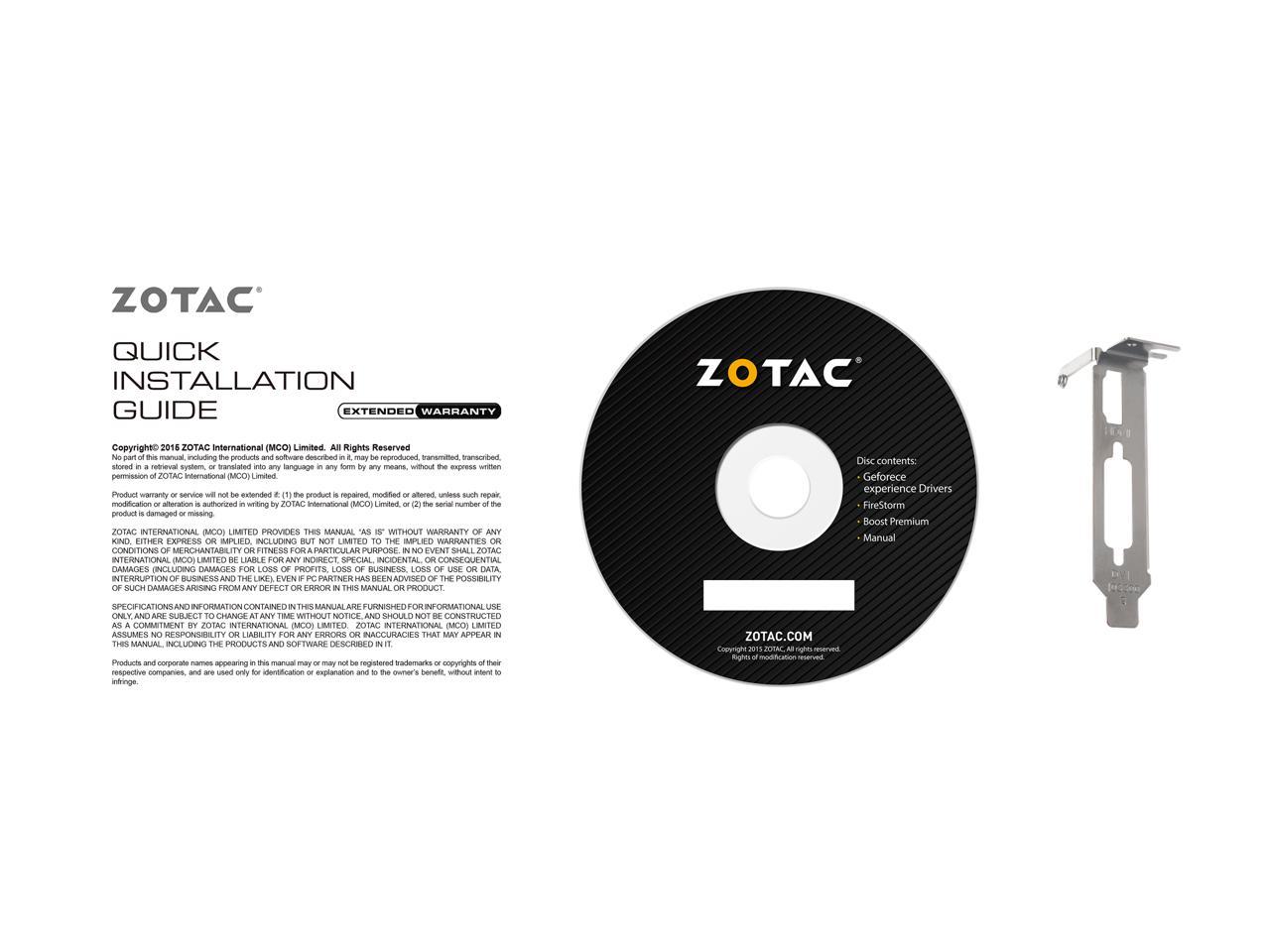 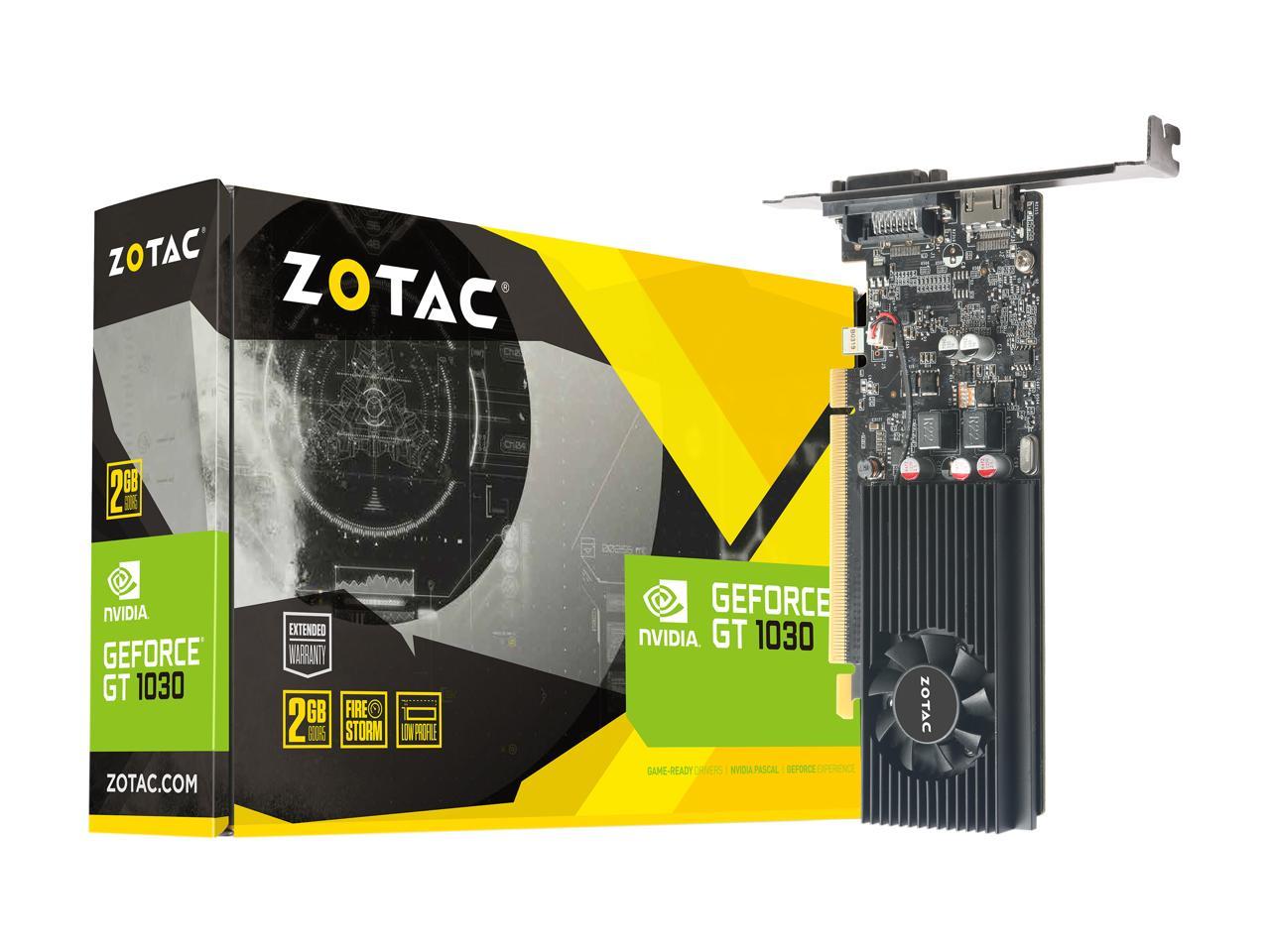 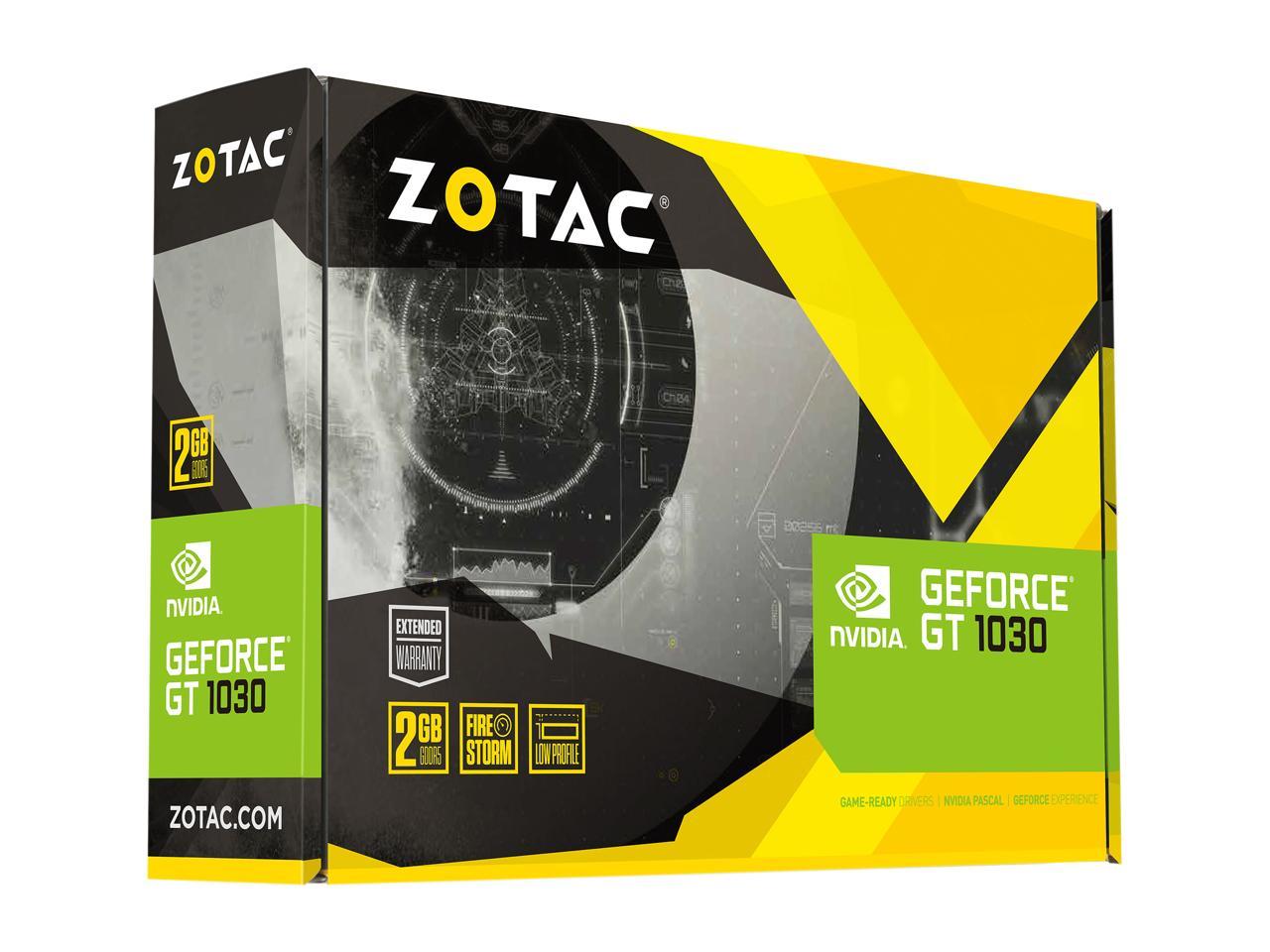 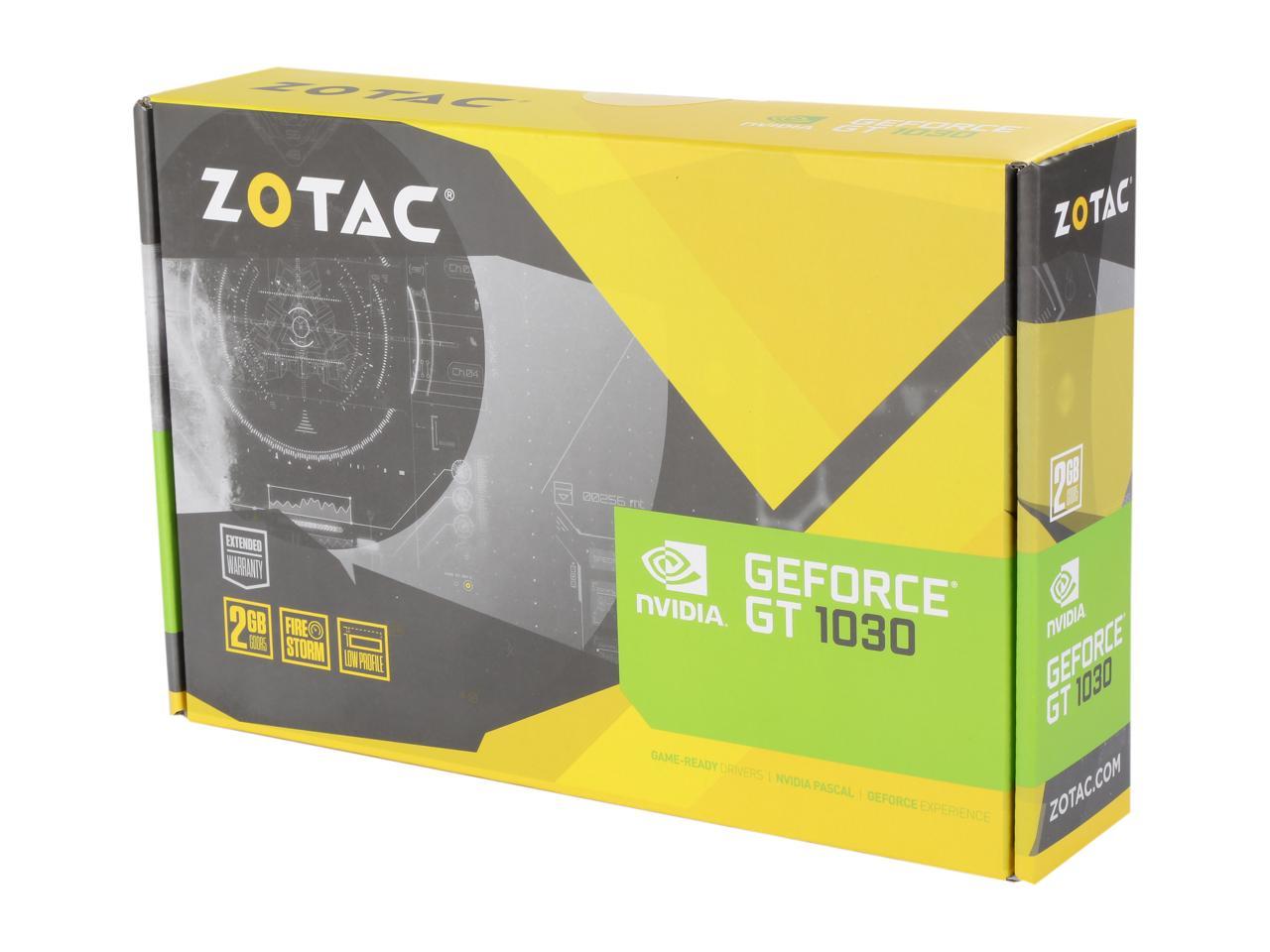 Pros: As a kid, the only graphics card I experienced was a Radeon HD 6450. Decent at the time for my needs but nothing phenomenal. Parents ended up selling that rig, so I bought a minty Optiplex 790 SFF 4 years later at a thrift shop for 120$ with a monitor (always trust thrift shop PC's, no way that'll backfire!!!1) . Unfortunately, that case isn't a standard form factor so I tricked out that 240w psu-i3 2120-photo-editing-monster with 12gb of ram, and the only card my dad had lying around that'd fit aswell as run, the lowly gt 610. This graphics card blows that one out of the water in every aspect. Lightroom opens almost instantly and runs with no stutters, Photoshop is a breeze, and I can casually play modern titles at a mix of Low/Medium-High settings at a solid 40-60 fps heavily depending on the game. Great card if you're on a budget and need something that'll produce graphics (within reason of course)

Cons: Would be nice if it were cheaper but that's just my broke *** complaining

Overall Review: - Recommend to any photographers or graphic designers looking to make their decent computer into something far more usable, or any gamers on a tight budget with otherwise capable computer specs

Pros: Budget card - decent performance. Ships from US so it came quick. Has bracket for slim case.

Cons: The full ATX bracket came bent, but it was easy to put it back in shape and I only needed the small bracket anyway.

Overall Review: With the absurd prices of graphics cards lately, needed this budget card to hold my nephew over. Works as expected. Can play League of Legends at full settings at over 120 frames. This card can handle 1080P decently well. I needed this card because it was able to fit in a slim case and the temps seem decent.

Cons: -Runs hot, fan is basically useless. if you have a test bench like I do, invest in some thermaltake fans and just place them in front of the graphics card

Overall Review: -If you are looking for a graphics cards with a price range of $ 0-100, this one is perfect. Don't expect graphics heavy games to run on it.

Pros: Good performance on 30 watts. The fan is quiet, and framerates were decent. It was as easy to install as any other video card.

Cons: Can get a little toasty if you don't know what you're doing. I used MSI Afterburner to lower the target temp, which was originally 83. Running that hot will shorten the lifespan. And I'm not running a serious gaming rig, so if that's your thing you probably want something bigger. If you want high frames at a high resolution, definitely pass.

Overall Review: I got this because I needed a GPU with a low TDP that didn't overhang my PCIe x1 slot. It's not world-class, but it hits a sweet spot between cheap and low-power on one side, and acceptable performance on the other. It's sort of the high end of the low end; decent performance for most people, but it doesn't cost a lot or use a lot of power. I'd recommend it if you've got a cheap business PC with only integrated graphics, as this most likely won't necessitate a new power supply unit.

Overall Review: over priced by works

Overall Review: Arrived ahead of schedule and the instructions made installation a breeze

Pros: Silent running, powerful for most AAA games on moderate settings. Great middle of the road card with lots of extra software and features when you're on a budget.

Cons: Unlocked for speed boost, but not much boost can be achieved without the card locking up.

Overall Review: I would absolutely recommend this card for anyone wanting to upgrade an older machine without breaking the bank. I'm not sure if it is SLI compatible, but if it is, maybe buy two.

Pros: -Uses 25 watts of power. -Powered entirely off the PCI-E bus, ideal card for a SFF computer. -Fan is always active by default. -Decent performance on medium graphics for most games. -ZOTAC only seems to sell the GDDR5 version, which is far superior to the DDR4 version that Nvidia stealthily added a few months after the card's initial release, so kudos to ZOTAC for their integrity in that regard.

Cons: -Runs at PCI-E x4 speed by Nvidia's design -Doesn't have a 4GB model -Temperatures are bothersome on default fan settings, I have to use a 3rd party program such as MSI Afterburner to up the fan's minimum speed.

Overall Review: I bought this for a small form factor HP/Compaq Elite 8300 that I bought on another website last year. I had a few minor graphical issues with some games but nothing worthy of removing an egg or anything like that. It's a solid little card, works well in either a low profile case like my SFF model, or in a larger, more standard-sized case. The 2GB of GDDR5 is under what is often needed for some newer titles to run at the highest settings, but I rarely set my games that high anyway. I do like my games looking pretty but I also like to balance that out with the games running well, and on medium/low settings on Skyrim Special Edition this GT 1030 is a solid performer. The only gripes I have about the GT 1030 are design decisions made by Nvidia themselves and not by ZOTAC. The 2GB VRAM capacity is somewhat lacking as I said above, and Nvidia's stealthy adding of a DDR4 version really set off a lot of alarm bells with a lot of people. Thankfully, when browsing ZOTAC's website I couldn't even find a DDR4 version of this card, so for that I am immensely grateful to these folks for their integrity in refusing to offer the lesser card, especially considering that the lesser card cost the same as the good one. Finally, my biggest gripe is that while it hooks up to a PCI-E x16 slot, it only runs at x4 speeds... again, by Nvidia's design. But aside from those gripes, I really have no complaints. Like I said, it's a solid card, it's reliable, the fans are always running, and the GDDR5 memory provides some very worthy performance.