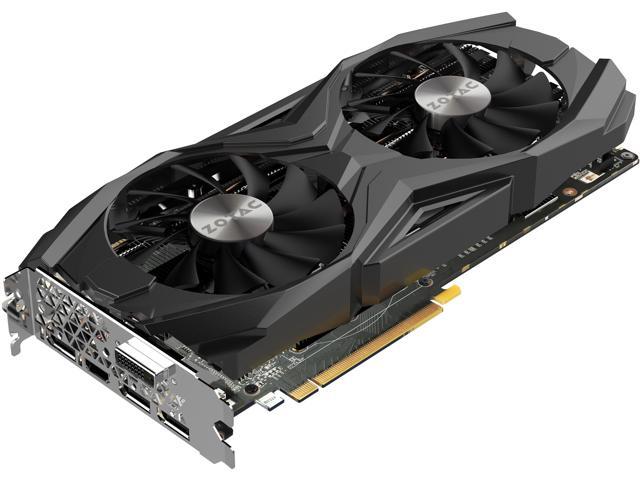 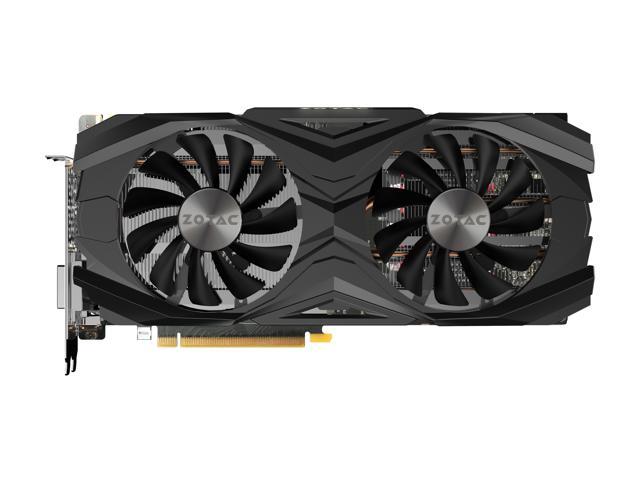 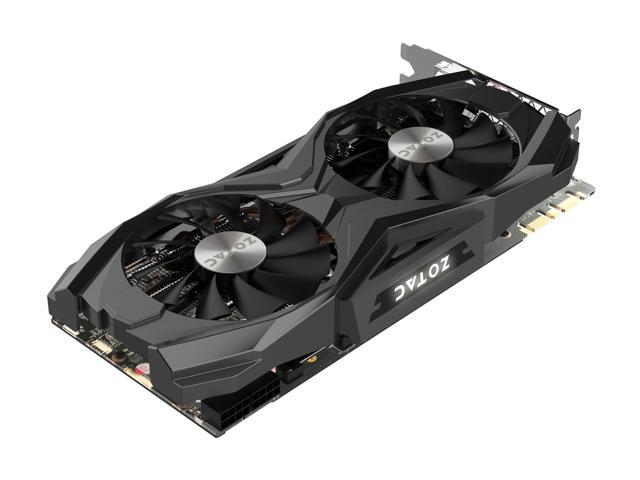 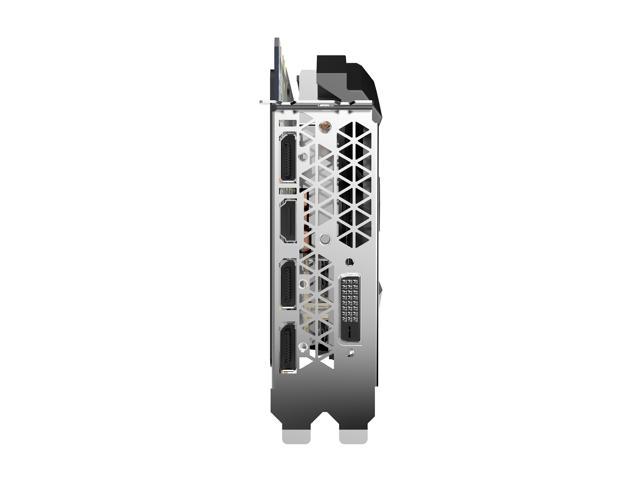 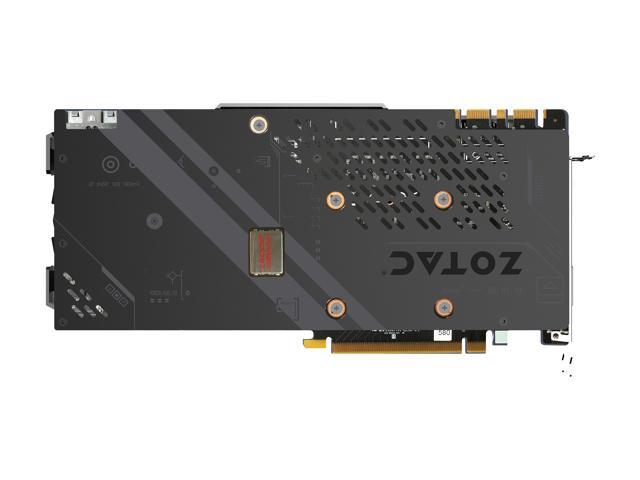 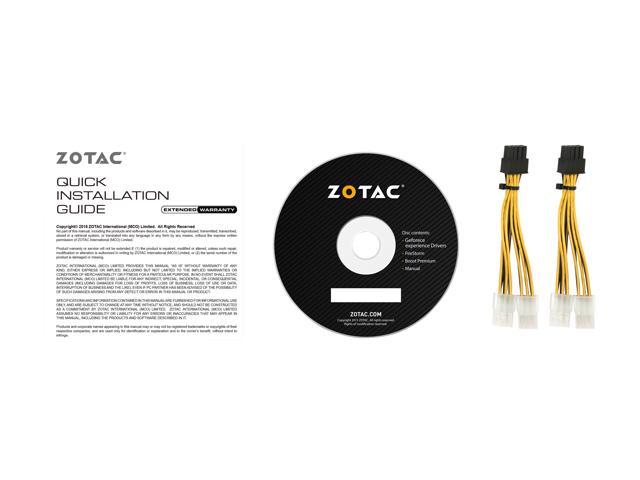 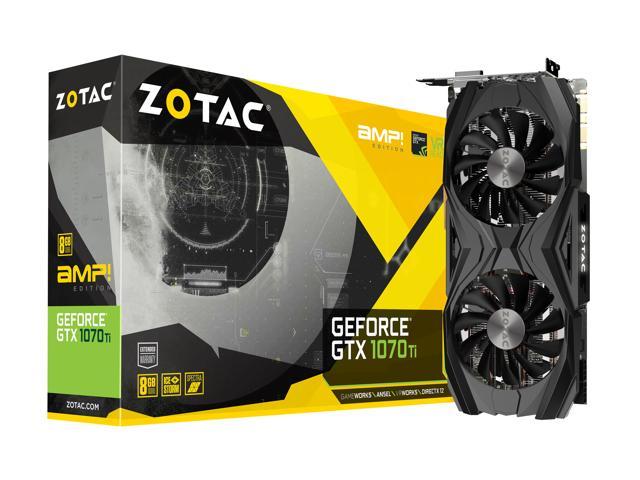 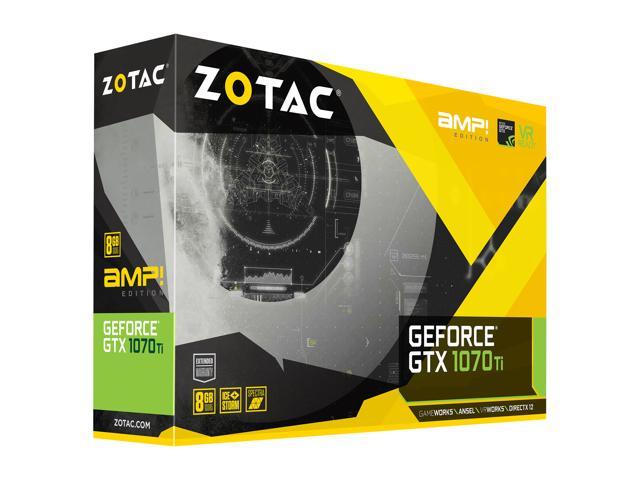 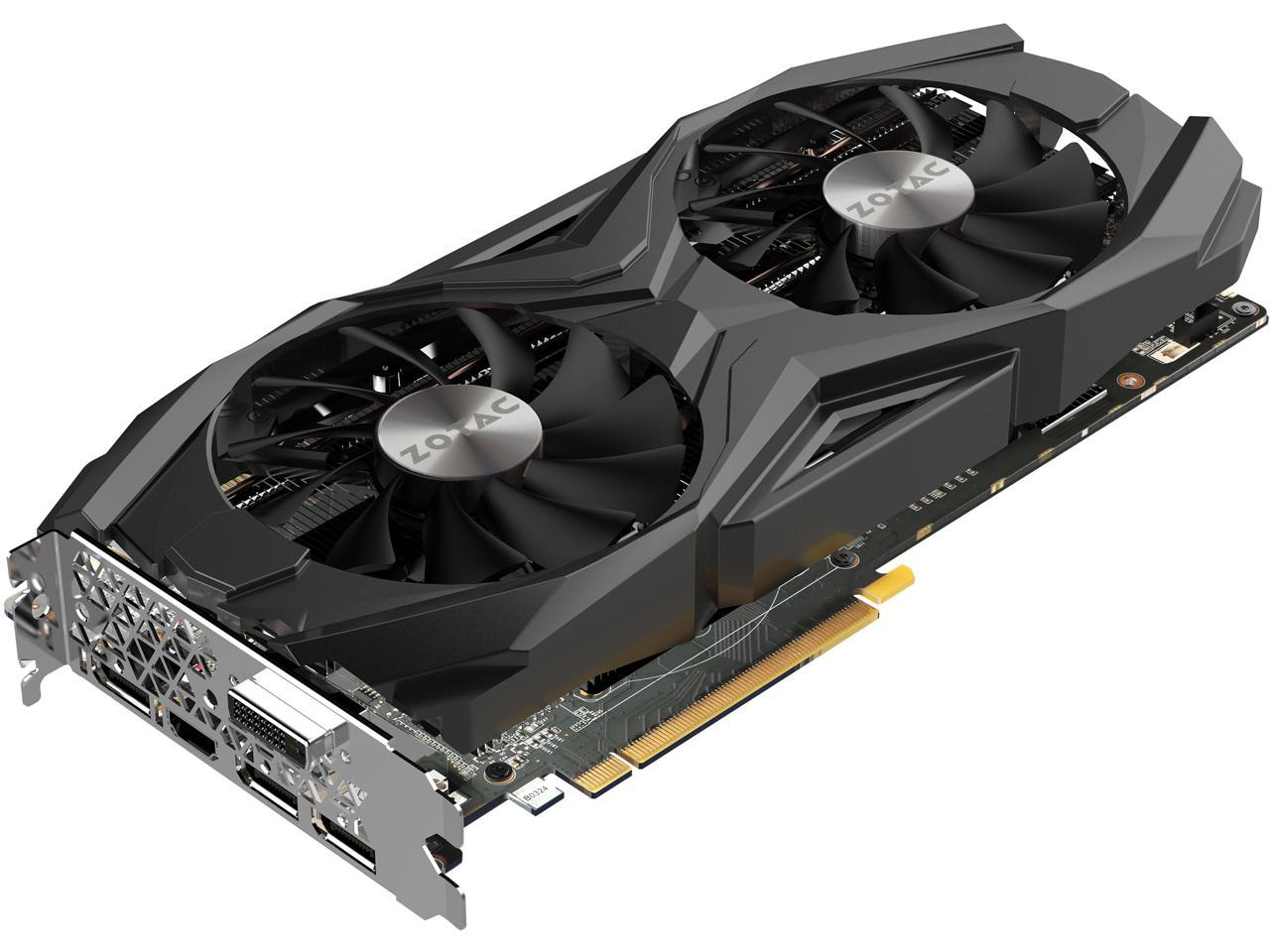 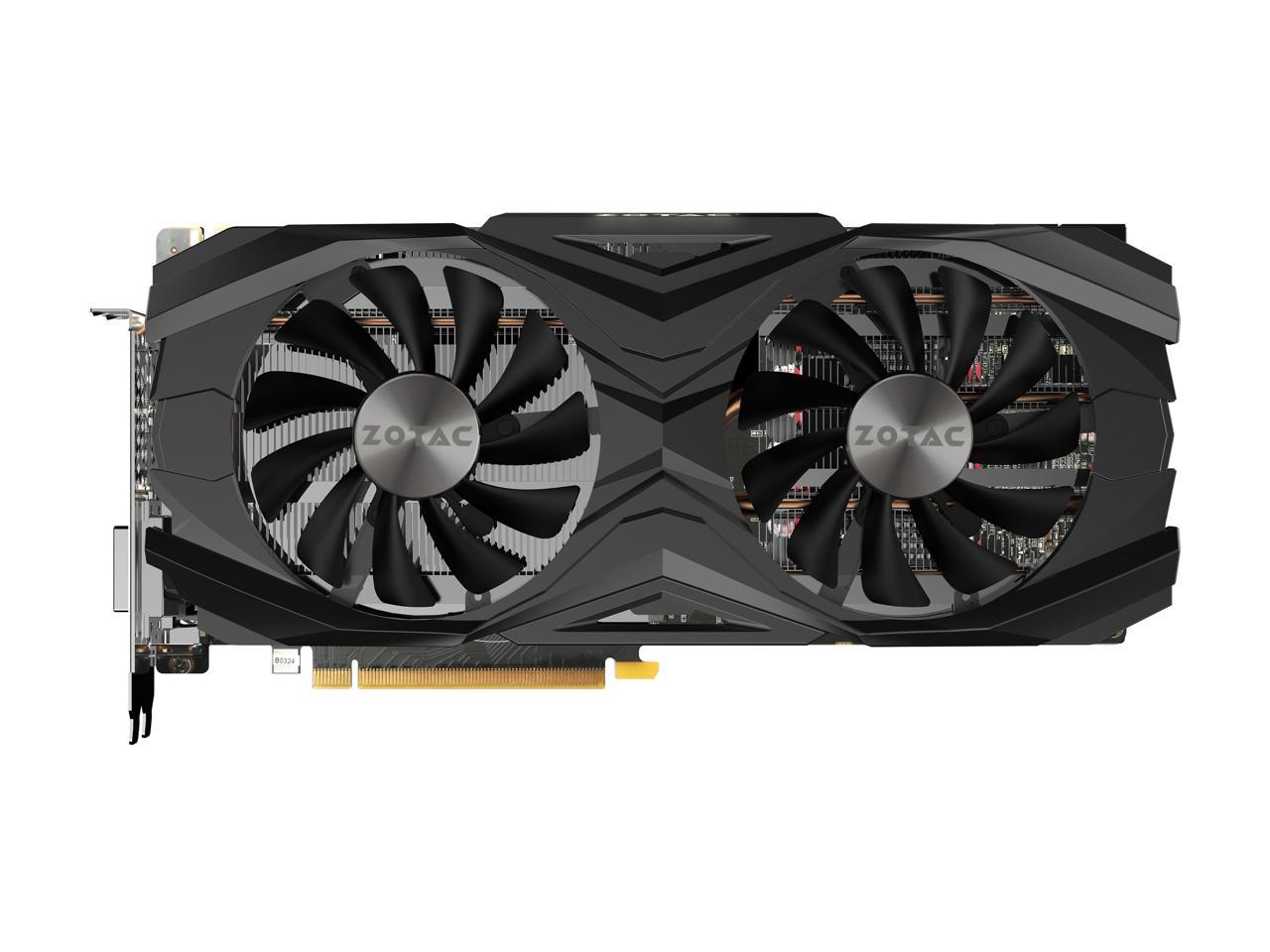 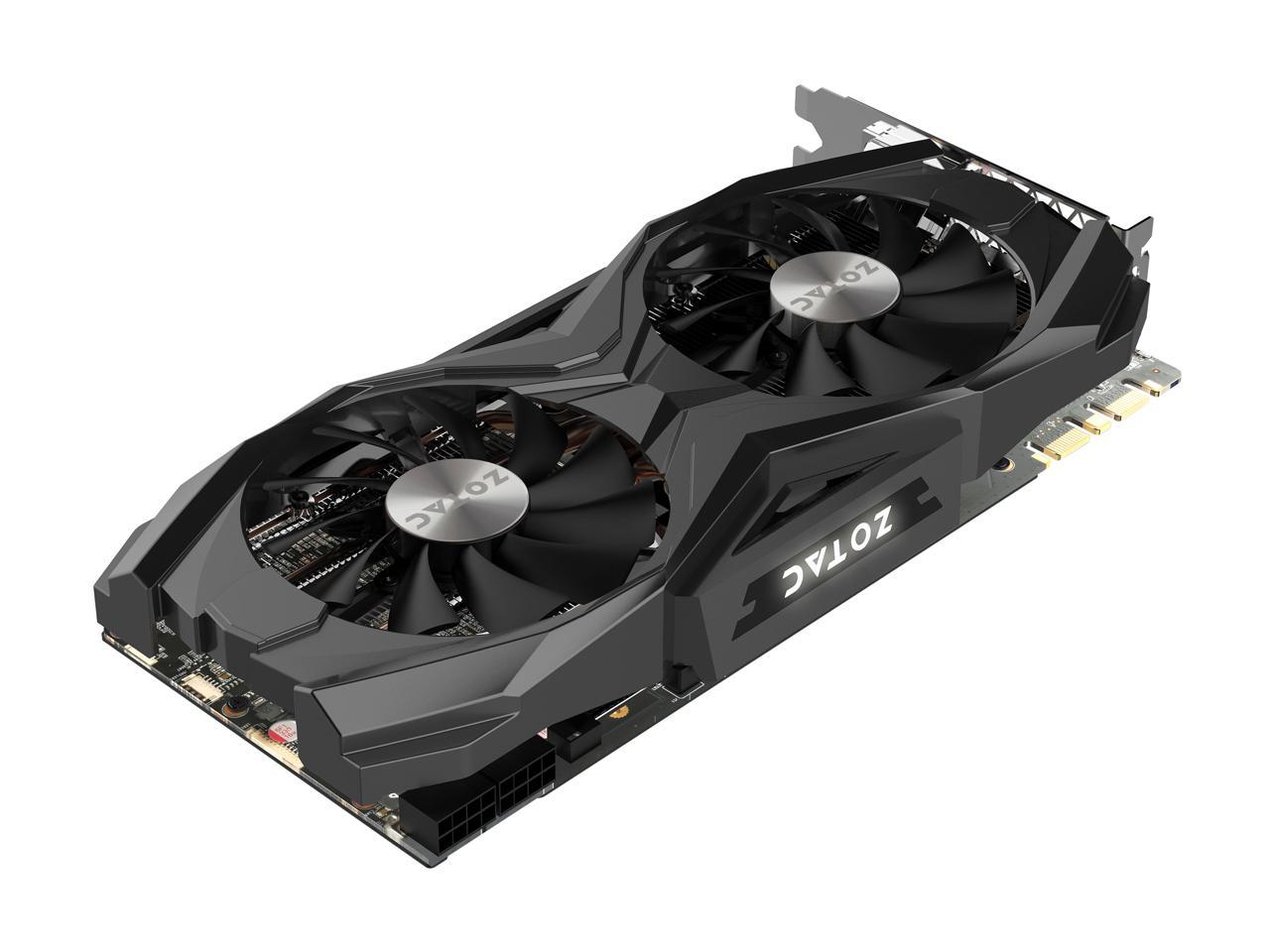 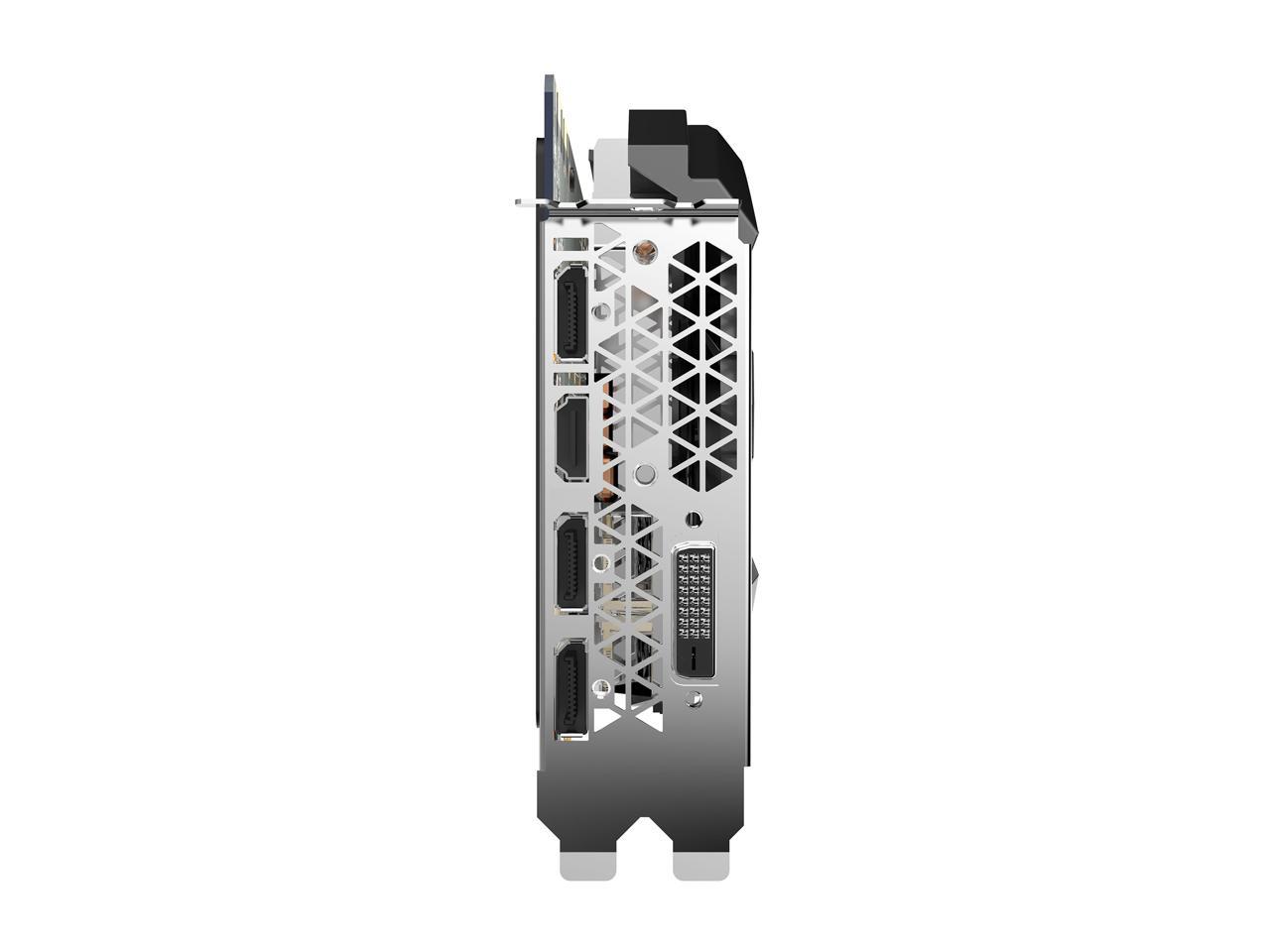 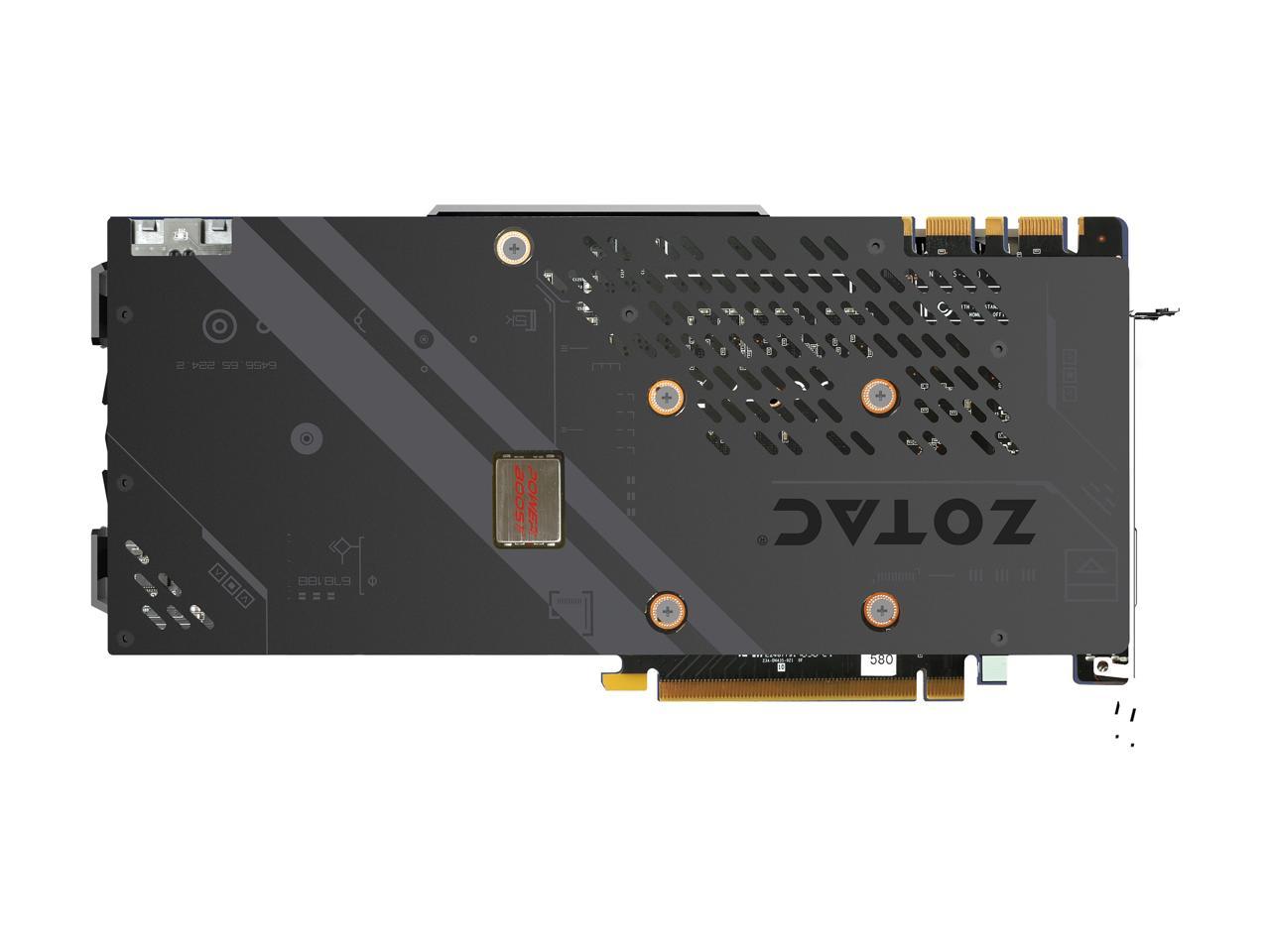 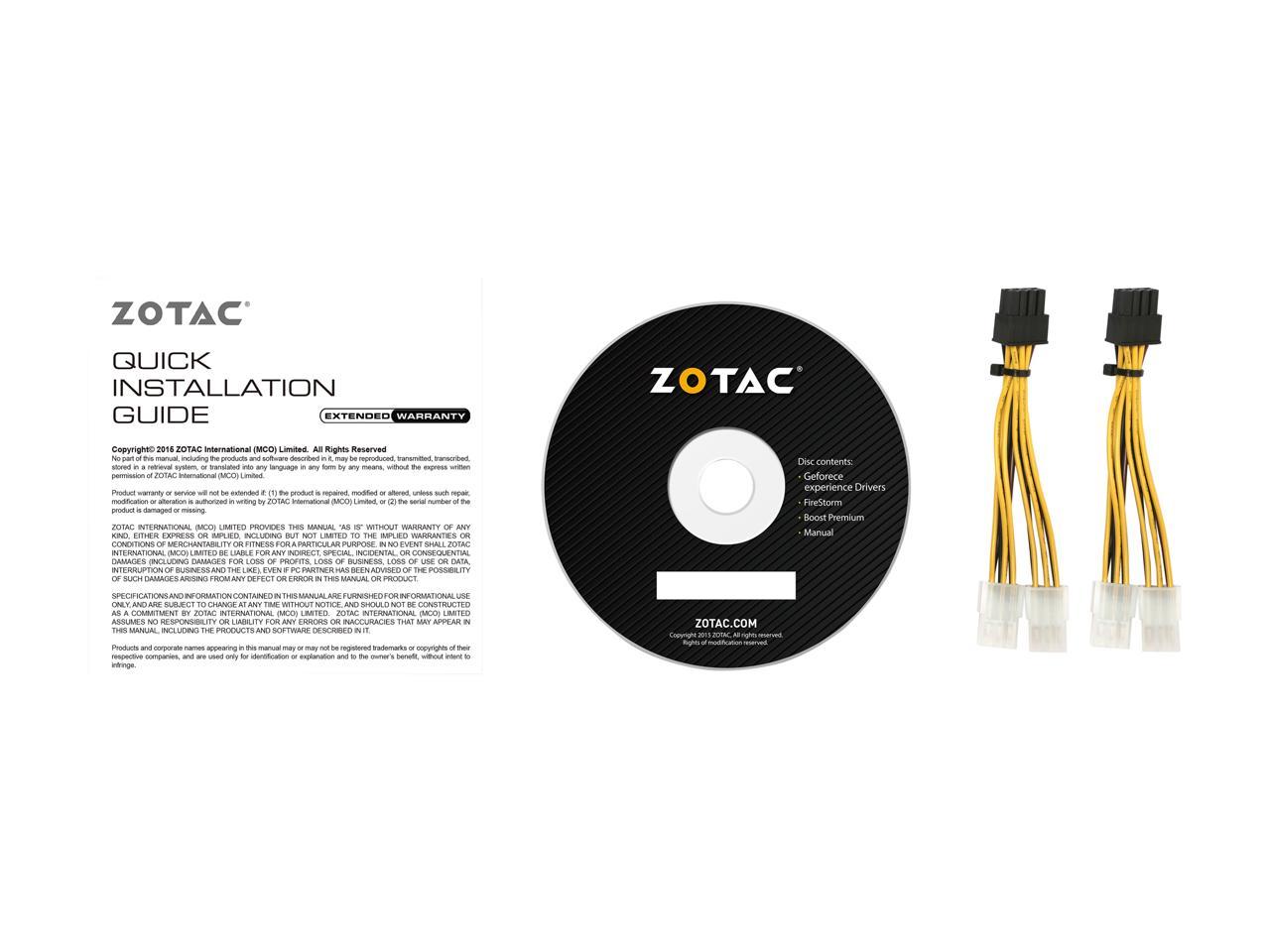 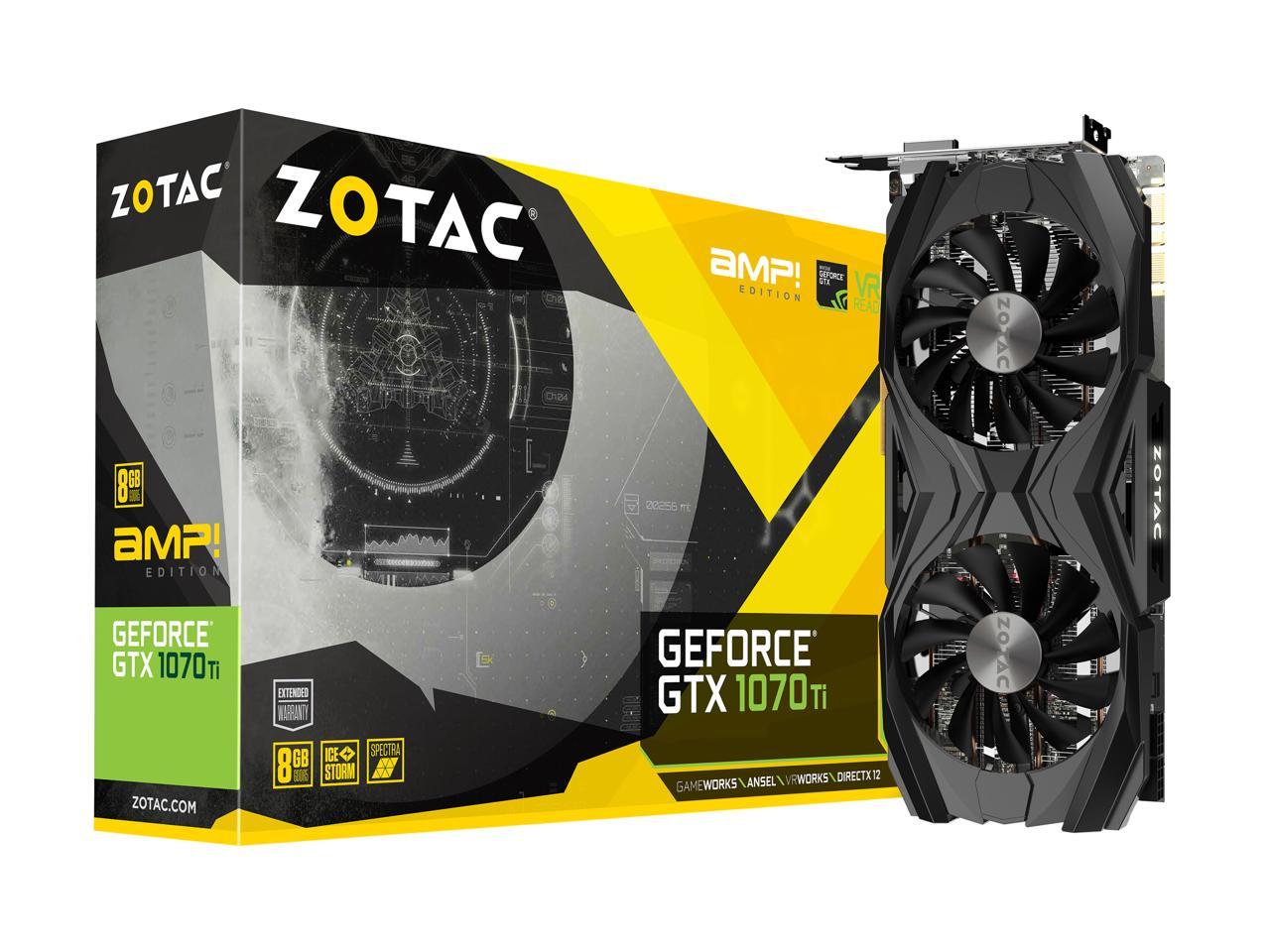 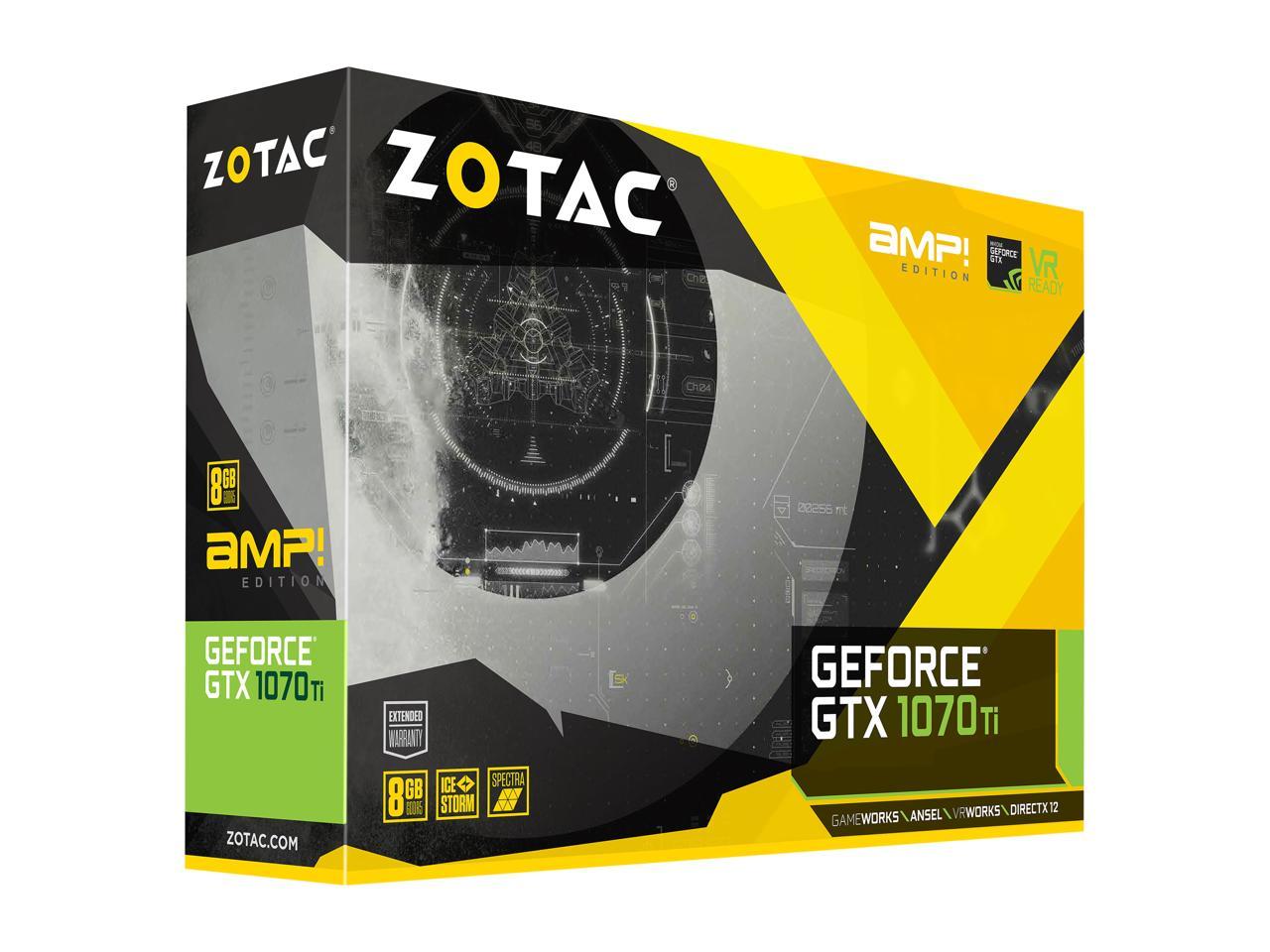 Pros: The price: I got this for 360 with two game promo codes. I'm not fan of the games, but can take the price down possibly(Look under other thoughts for that). It a dual fan design with a very beefy heatsink so it stay cool under load. This GPU can overclock to a near and sometimes GTX 1080 stock settings level. If you like the performance of the GTX 1080 and don't feel like risking buying a used one or don't want to pay the price for a new one this GPU can get you around that performance. It's only a few dollars more than the GTX 1070 so that few dollars will give you more headroom for current and a lot of games coming out in the next year or 2 if you're playing at 1080p or 1440p. If you register your GPU with Zotac they give you a custom overclock profile guaranteed to work with any Zotac GTX 1070 TI AMP edition so you don't have to take any chances if you're not someone that know how to overclock a GPU. These GPU are slower than the new RTX 2070, but if you're not looking to use Ray Tracing this GPU overclocked will come close to an RTX 2070's performance on most titles. It has a nice backplate that doesn't look too bad, it does look better than their AMP Extreme Edition backplate. It has RGB lighting on the top logo that can be controlled with the their Firestorm tool. This is one for people that render videos. I use DVDFab to make backup copies of my Blu-Ray collection on ISO files so I don't get scratch them up playing them again. This GPU's CUDA core rips through the data encoding fast. It includes 2 adapters that are 2 6 pin to 1 8 pin.

Cons: To be fair I'll list the cons so someone considering this GPU can make a more informed decision if this GPU will suit their needs and/or they are able to use it. It's not a GPU that can do 2160p(or some call it 4k) gaming very well. If you're looking to play modern triple A titles ay 2160p at high to ultra settings with at least a 60fps average this GPu won't do that on most games. If that's the case buy a GTX 1090 TI(if you can find one reasonably priced), a RTX 2080 or wait to see what AMD's new NAVI line can do. I do bring up AMD because I'm not a fanboy of either company, I believe in buying the best product for my needs for the price to performance ratio. Sometimes that's AMD and sometimes it's Nvidia. Even overclocked it's still not a GTX 1080 nor a RTX 2070 because you can overclock those GPUs as well for higher performance. Even though the Firestorm software is good MSI Afterburner still is far better(in my opinion at least). It does require a power supply unit(PSU) that has 2 8 pin GPU connects or at least with other adapters that have 4 6 pin connections to use with the 2 included 8 pin adapters. If you plan to overclock I'd be on the safe side and get an 80+ 650 watt PSU for some headroom. This isn't new technology at all, but with the price of what the new Nvidia GPUs are running if you playing 1080p to 1440p this shouldn't be an issue. If you want new technology I'd advise waiting on the AMD NAVI line to be released and then see what new GPU end up running for Nvidia and AMD after that. If you already have a GPU like GTX 1060(6 gig version), GTX 1070, RX 470, 480, 570 or 580 and you're mostly playing 1080p games I'd wait until the new AMD line is released because this won't be a great upgrade in a lot of cases and at that point if they are better it should force Nvidia to drop their prices to compete and you should have more options. If you're like myself, your current GPU went bad and you can find this at a good sales price then it's it is a viable option at that point. The used GPU market has some much better deals, but if you're like myself and want a product that has a warranty then buying used could have it's risks(though I've heard the risks aren't that high for the gambling type). This is possibly the biggest con. If you want Sync tech a G-Synce monitor will cost you far more than AMD's Freesync monitors. If you own a Freesync monitor you may want to consider paying a little extra for a VEGA 56 so you can still use that Freesync tech.

Overall Review: I bought this GPU because I just got a 4k HDR TV and my HDMI port on my RX 580 went bad and even with an adapter I couldn't get anything to display in 4K on my computer. I was also looking at the AMD VEGA 56, but for what this GPU was going for it was a much better deal. If the VEGA 56 was under the 380 mark I may of went with that since I own a Freesync monitor, but since I have a second computer I use in my bedroom and the display ports are fine on the RX 580 I just installed that GPU in that system and use the GTX 1070 TI on my living room system for 2160p gaming 4k HDR movies since I own a Pioneer BDR-211UBK(you'll need an Intel I5 or I7 Kabylake and or higher system for those BTW because of the SGX instruction sets). I did post a video on Youtube if you want a better overview of this video card since there are not many reviews on this particular model, look up "The Video Card for 1440P Gaming(GTX 1070 TI)". Overall I'm very happy with this video card and with the gaming and the video rendering I do this should suit my needs for a while.

Cons: It’s Really big, make sure you have a chassis big enough

Pros: - At the near top of the GPU range, incredibly strong at even the most demanding gaming. Can play 1440p gaming while staying comfortably in the 100+ FPS range. - Sleek and sexy, the simple ZOTAC logo lighted up with more if you please. - Comes with adapter cables and drivers you may need.

Cons: - Bulky, had a bit of trouble getting the space for it to install.

Overall Review: - Overall great if you're looking for a high quality gaming GPU.

Cons: -It is big, kind of bulky, BUT I could fit it in my none-too-large case alongside disk drive, wireless card, SSD, etc, so I don't think it's TOO big if you know how to manage a case

Cons: got quite hot after a sustained load quite big