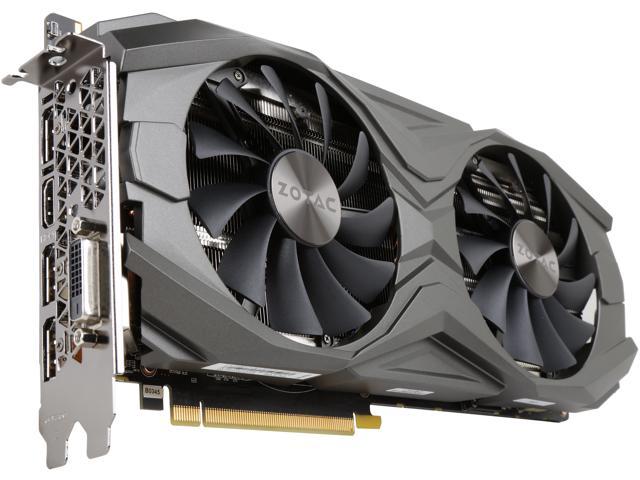 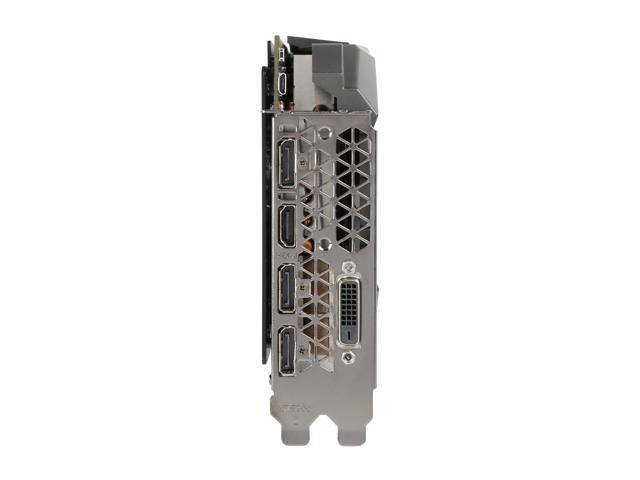 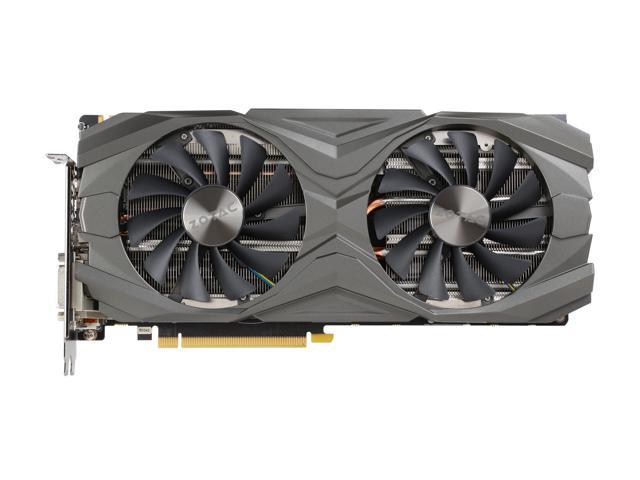 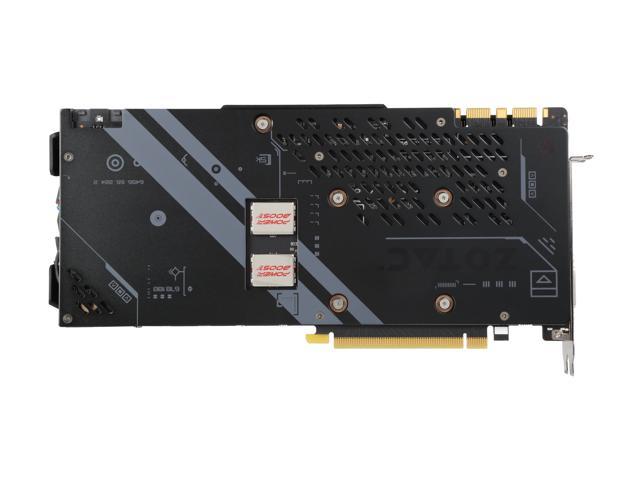 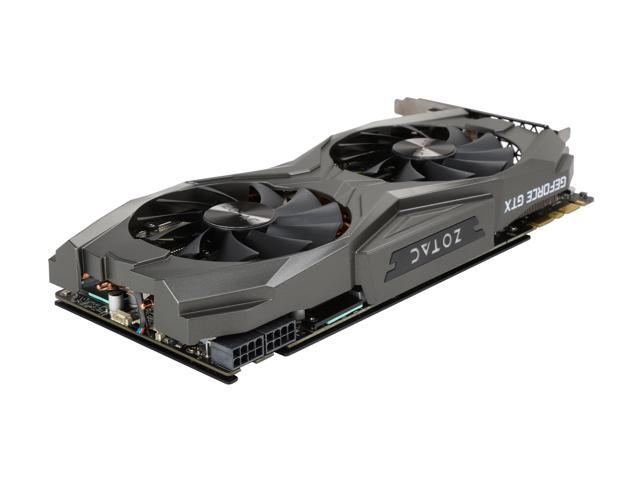 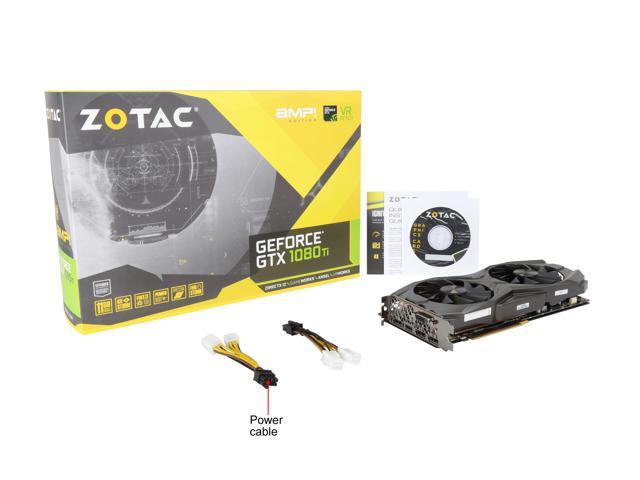 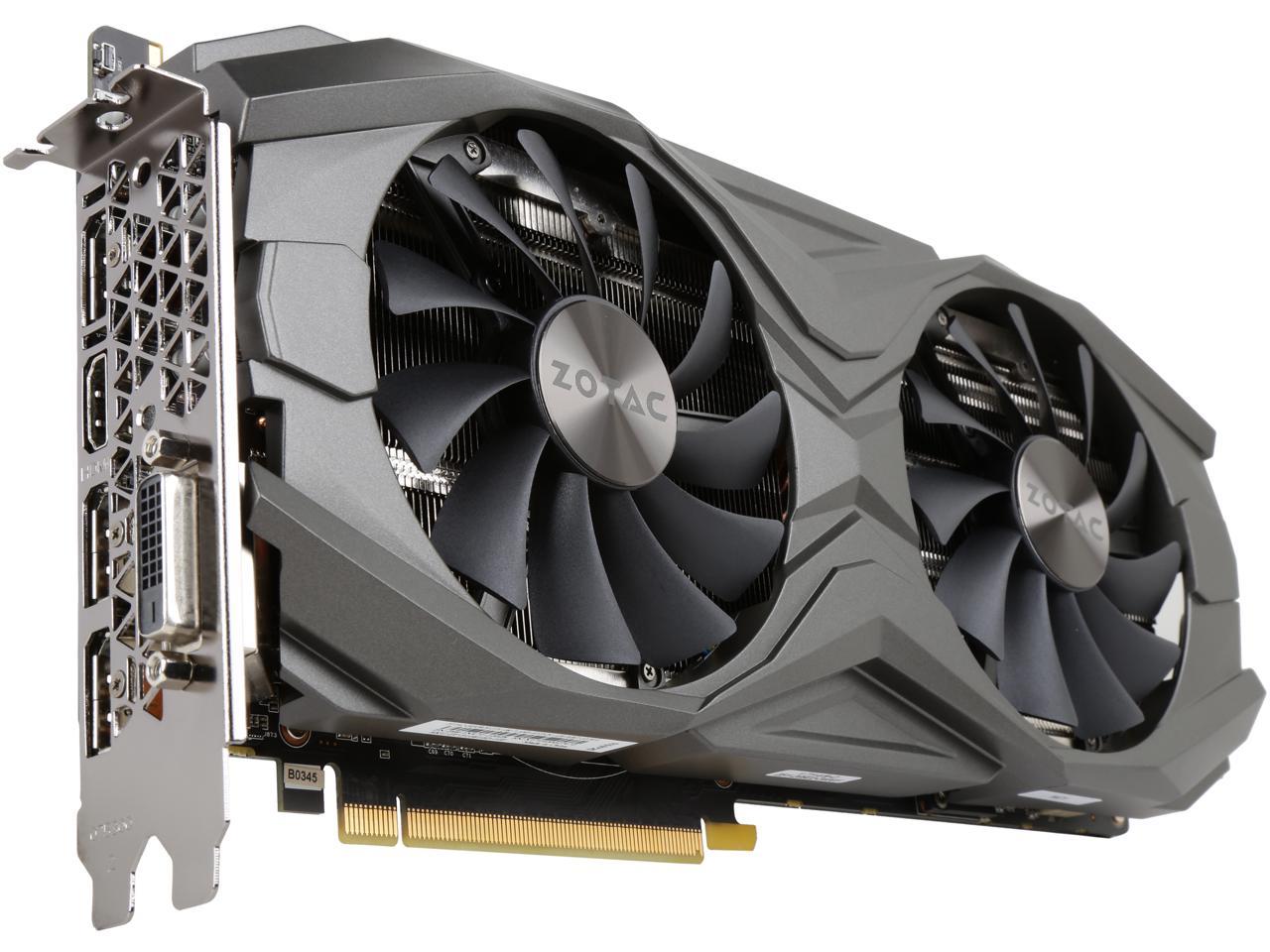 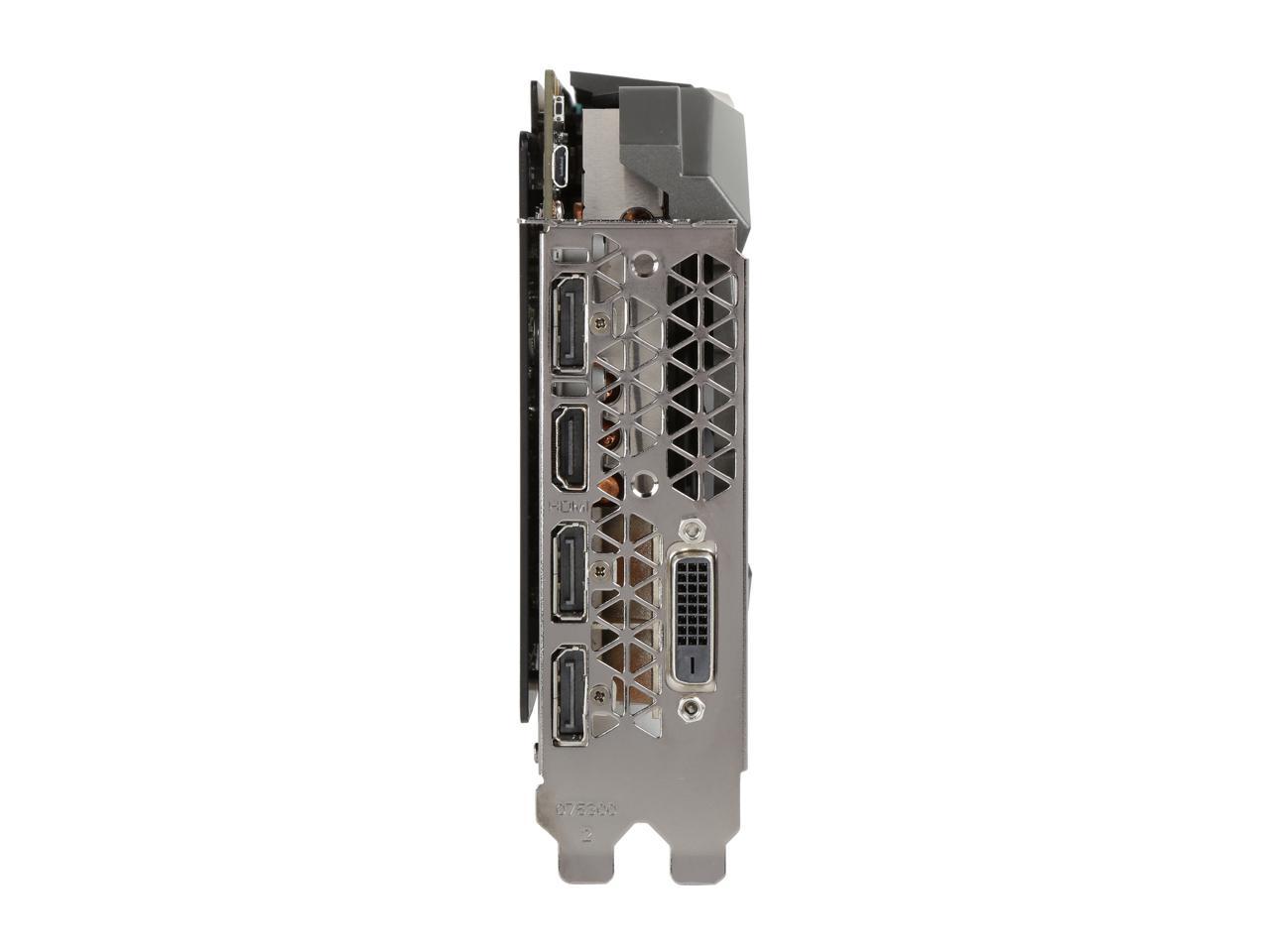 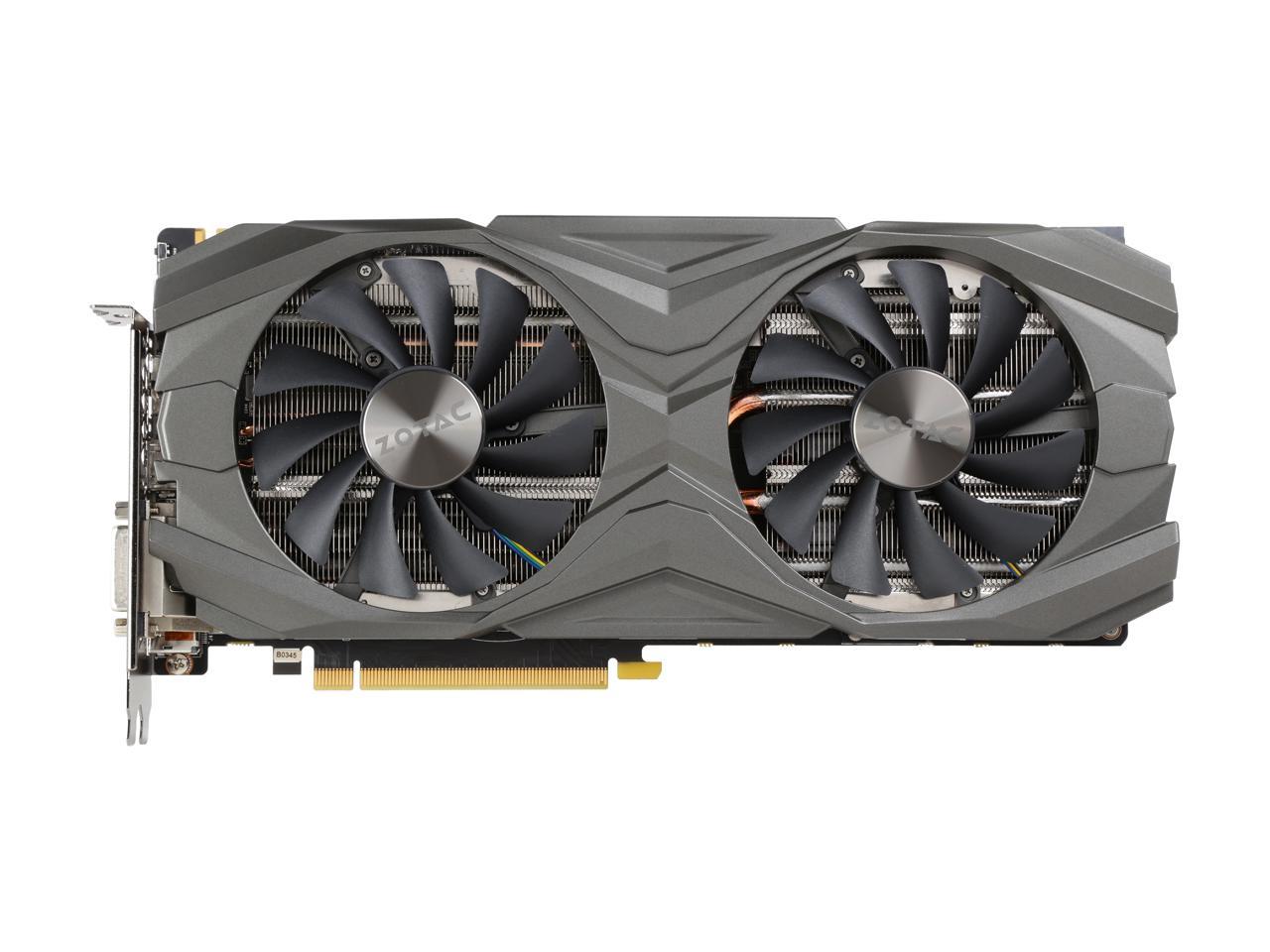 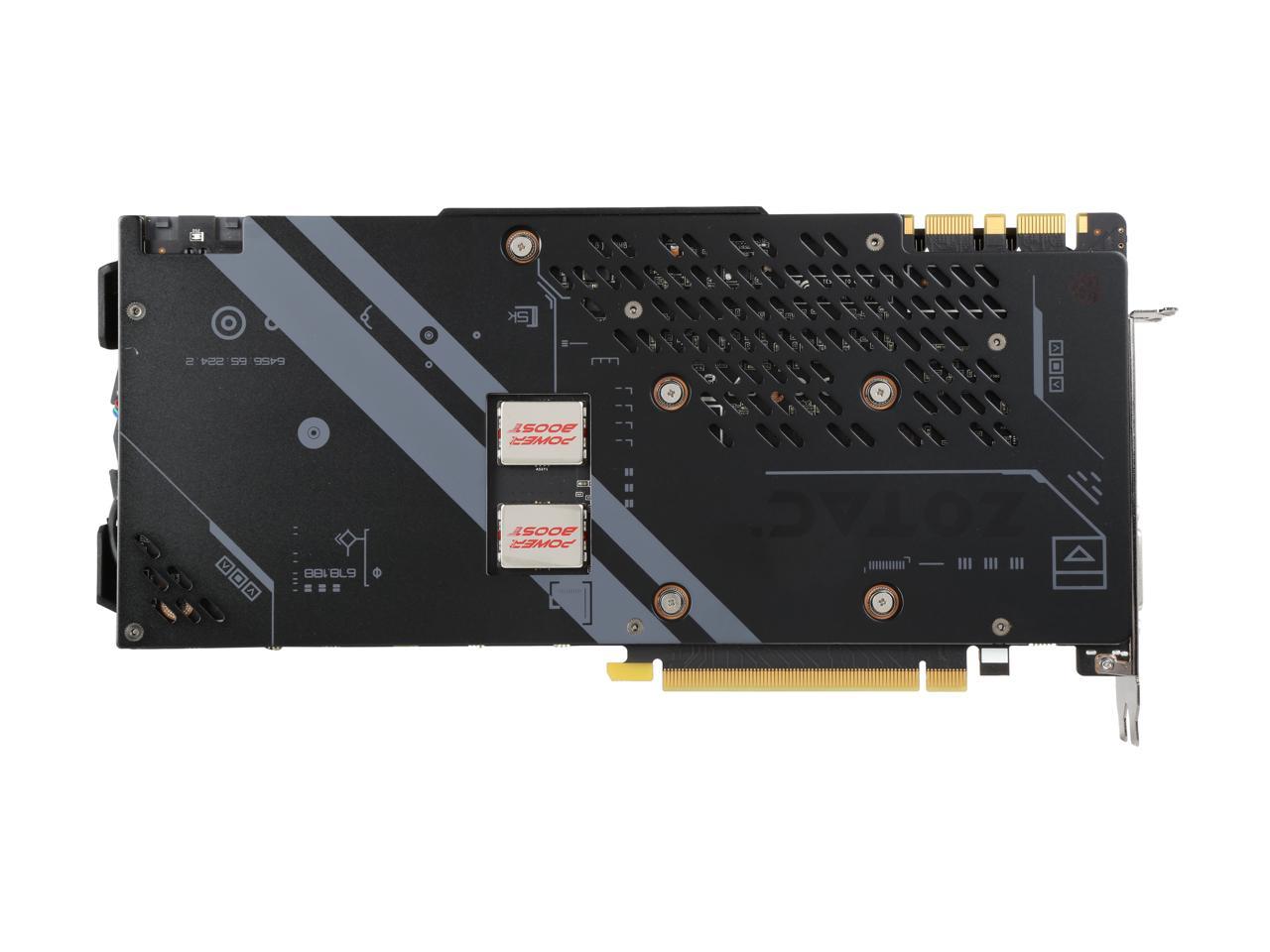 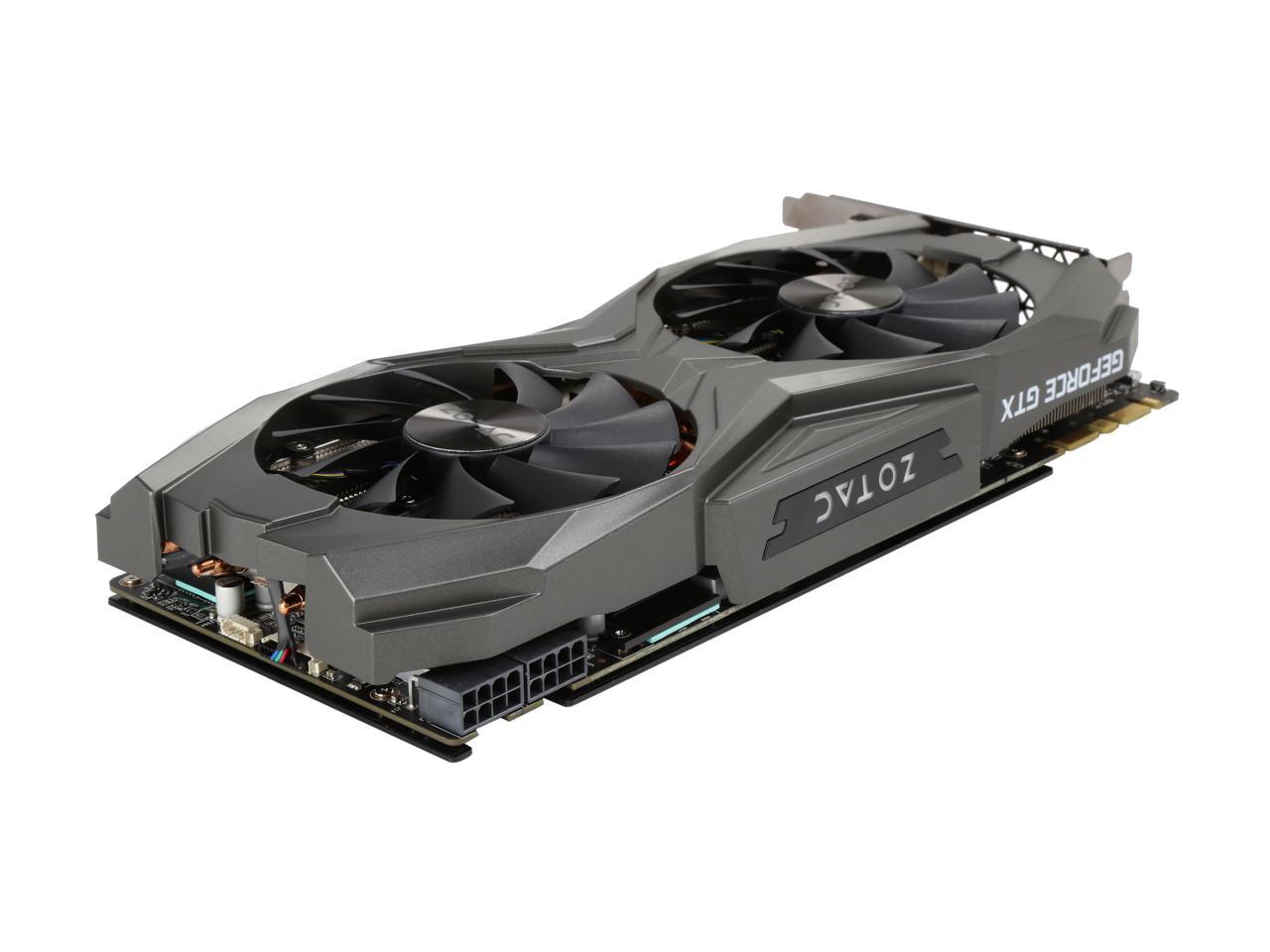 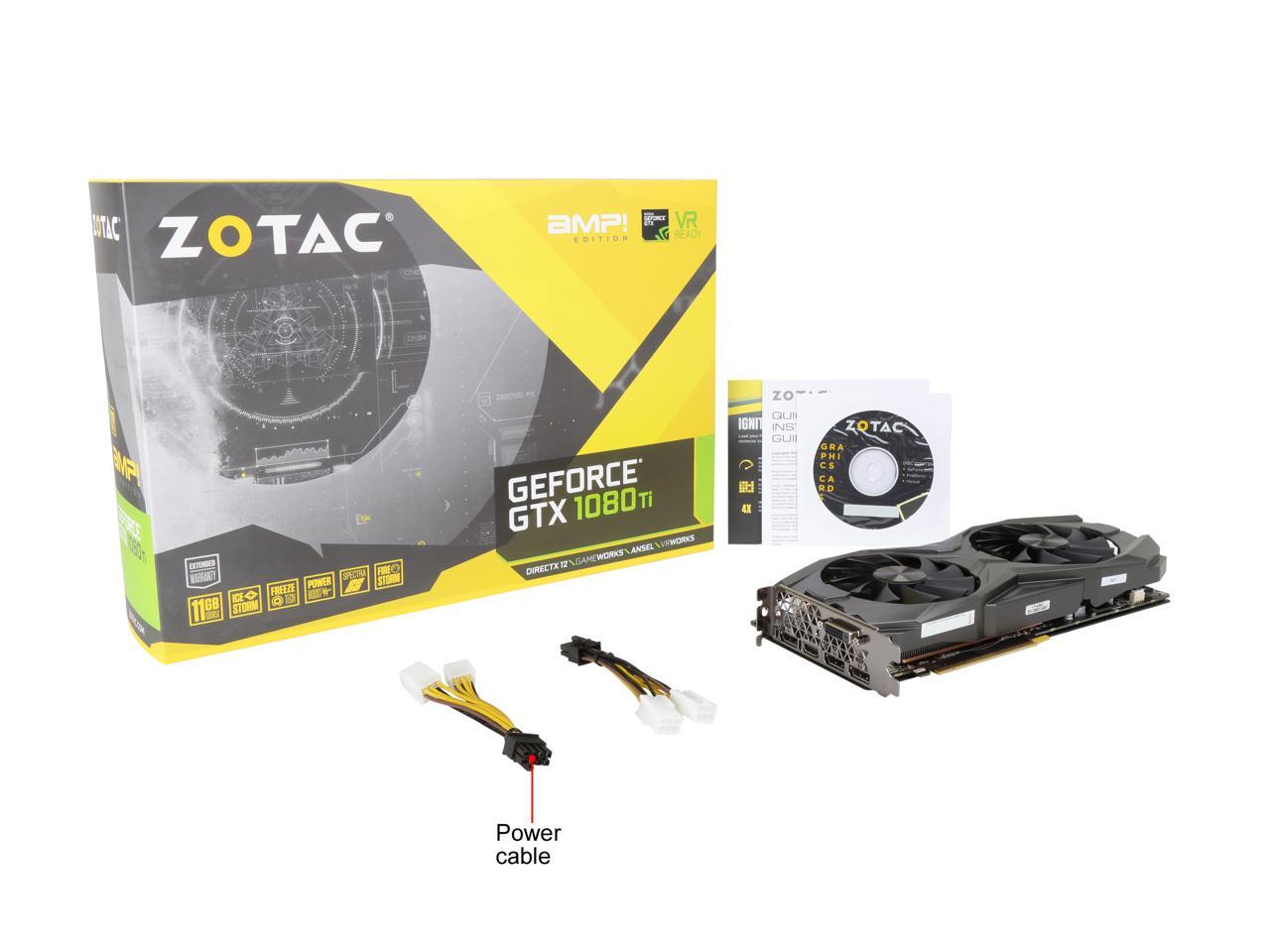 (19) Write a Review
OUT OF STOCK.
LOADING...
Overview
Specs
Reviews

Cons: power for cooling fan was slightly out of socket first out of box (see details below) runs a "bit" hot even at 100% fan speed (70c) for a 2 fan setup card is huge (so check case dimensions)

Overall Review: be sure when you receive this card to check the fan power cable connection at the bottom rear of the card, in my case it was loose and caused the fan to now work and this was not apparent (due to the freeze feature) until i was ingame and it hardlocked my system. no damage was caused, but this is just to warn people to check the power connections to be safe, otherwise i am very happy with the card nd it runs all games i play at 4K ultra settings with 60+ fps generally.

Cons: This thing runs really hot no matter what i do ,even bought a new case and more fans with better airflow and hits around 75c at 100% fan speed... at 80% fan speed it will hit mid 80's.... seems that other reviewers here are getting better temps... with the default fan curve with all default clocks also hits mid 80's. This is while running heaven and other gpu stress tests. In actual gaming at 4k ultra/high at 60fps, this card usually sits at 70-80% and underclocked via gpu boost. In games that I am currently playing (paired with 7700k ocd at 4.8ghz) and temps do fair quite a bit better.

Overall Review: I see other brands of 1080 ti's in this price bracket that have been reviewed by the more reputable guys on youtube, and the temps they are getting are high 50's to mid 60's. My card overclocks well and is stable and is well built and ZOTAC is a great company (srsly look at how many negative reviews they get as a whole and it is much better than a lot of the bigger companies) I just wish I didn't have to run the fan speed at 100% to get decent temps so I docked an egg.. still a great product though

Pros: The AMP! edition is a very good card to say the least. Out of the box the card was boosting to the mid 1900s, and I've got a slight overclock running. The card runs pretty cool as well, around 70-75c despite my case not having the best of ventilation. The Ice Storm cooler looks nice too, definitely fit in with my build. I wish I was brave enough to max out the power limit slider but after I had a reference 1070 blow up on me after a vrm failure due to increasing the power limit I'd prefer not to go through that again. Who knows, once the overlooking tutorials start coming out, I'll over clock this puppy further and see what she can really do. On a side note, the presentation is nice. The packaging looks really good. Not too important but nice none the less

Cons: Firestorm needs a bit of work. As far as over clocking goes it's solid. But because it doesn't have an overlay built in (that I can find) I have to use it along side afterburner. Otherwise I can't control the LEDs (which are full RGB, very nice).

Overall Review: Would I recommend this? Yep, I would. It looks great and runs cool.

Overall Review: I would recommend this product for sure. I bought at 699.99(plus shoprunner 2 day shipping, plus free game) and it was stock clocked the same as the MSI that sells for 749.99. I've seen that some of the binned cards can reach around 2150 but at 2038 I am plenty happy. I really thought there was a chance that this card would run hot but like I said with fans at max it cannot reach 65 or past 75 with non aggressive fan profile.

Cons: -this card just can't maintain performance. it doesn't seem to be a temperature problem. The fans are not great and the default fan profile will make the temps go to 84c, but if you change it so that the fans go 80% or more after 60 or 70, you can maintain temps around 70c. -i ran several benchmarks and this card is at the bottom of the pack when it comes to 1080TIs, not even close to overall averages. -fans are quiet under 60%, but you need at least 80% to keep the card from overheating.

Overall Review: -i've contacted Zotac and am waiting to hear what they have to say. I will probably be returning it to newegg. UPDATE: i have contacted NewEgg and they are sending me a replacement. If the replacement performs just as bad, I am expecting a full refund, because the card i received wasn't even good enough to keep up with a regular 1080 at half the cost.. and that's when it was "working". will update again when the replacement gets here. FINAL UPDATE: NewEgg ran out of 1080tis in stock, so they're giving me a refund instead. the 1 Egg rating for the zotac stands, but NewEgg gets 5 Eggs for customer service.

Pros: Grabbed it at 850 and figured hey, prices are up, but this is one of the most affordable. Popped it in and it went to 1950Mhz on Heaven at ultra settings. After warming up to 85c it was down to 1911. I swapped the thermal paste with some cheap OCZ Freeze I had lying around and it now runs at 83c same test with everything maxxed at 2k resolution, including tessellation, and all sliders up, with a clock of 1947Mhz and fans on auto running up to 80%. The card came with thermal pads installed to help VRM and VRAM temps. First Zotac card as I usually grab MSI Gaming but I couldn't catch what I wanted in stock and I really needed a card for a new gaming machine. I was skeptical because of the price and past issues I read about with surging fans and all that. OVERCLOCKING - haha, not much headroom with the temps, but i did get 6000 on mem under load and +50Mhz on GPU. This card runs way warmer than most others, but I don't think over 1900 Mhz is terrible as we all have discovered that all 1080 Ti cards run faster than published. I have had my MSI card at 2050Mhz solid and under 60c under similar loads.

Cons: This card runs way warmer than my other card (MSI Gaming dual fans) but, the fans here aren't super loud and in normal 2560x1440 gaming, it rips. 100Mhz in clock speed MAY be noticeable to some, but i don't feel it vs my MSI.

Overall Review: Happy with this card for the price, and 1 week after I bought it, it went up 50 dollars. If you want a fancy RGB card that is a stunning visual accent to your case, look someplace else. If you want a card that gets the work done at a more affordable price - this may be your card. Update - about six months in my kids play games on it daily and we have not had 1 issue. This is a solid card.

Pros: I really enjoy this card it was a major upgrade from my GTX 970 SLI Setup.

Cons: It uses two 8 pin connectors. (Bad planning on my part) I should have researched it better.

Overall Review: I would recommend this to everyone that wants to game.

Pros: - Price, I get one of this for 699 bucks and free shipping -Great OC, 1976 Mhz just out of the box -Excellent size for my ITX mini case -Temperature never go up than 70c

Cons: -Firestorm needs to be improved

Overall Review: You dont need spend an extra 50 or 70 bucks for a very powerfull graphic card, this card is a very good option.