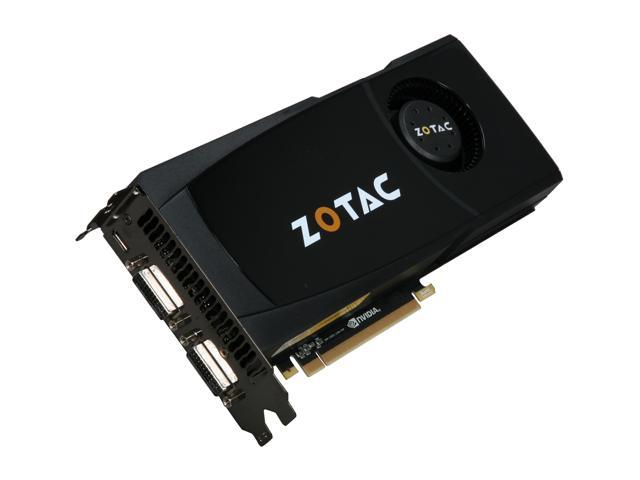 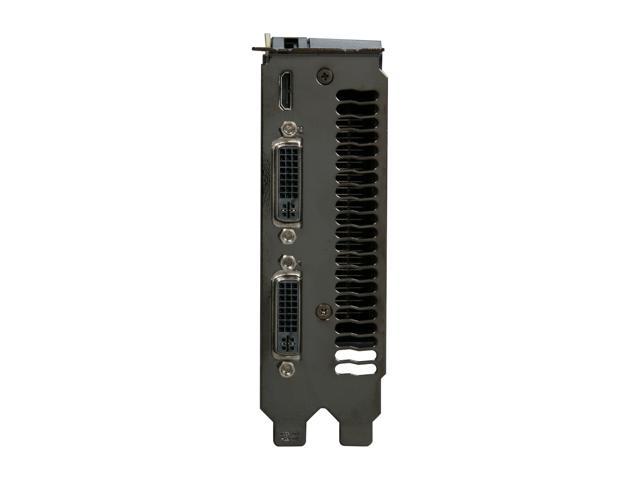 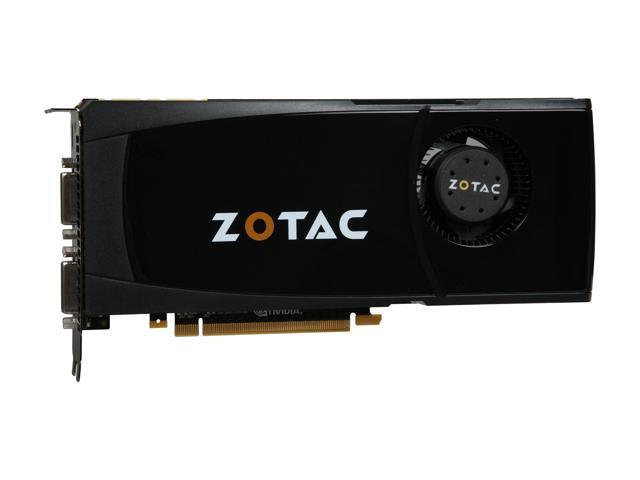 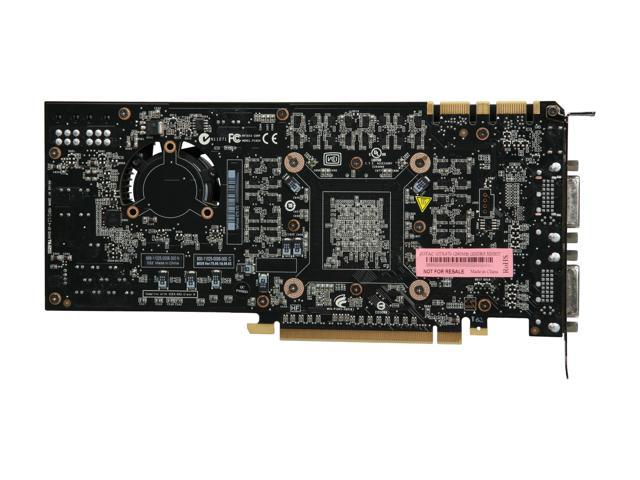 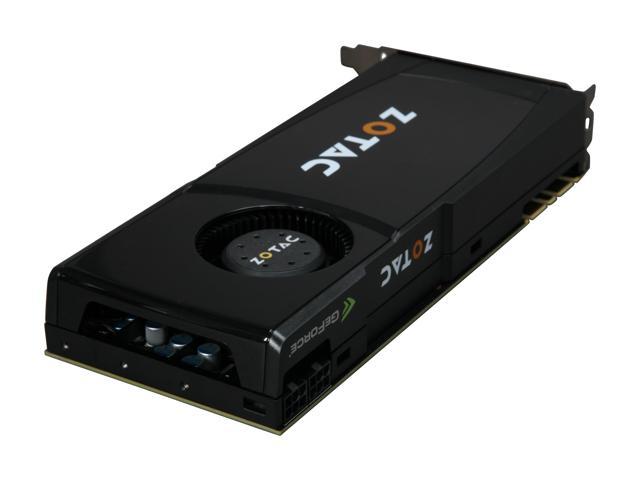 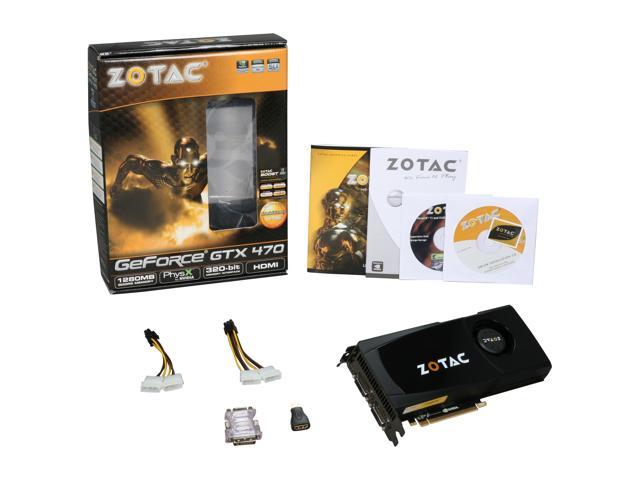 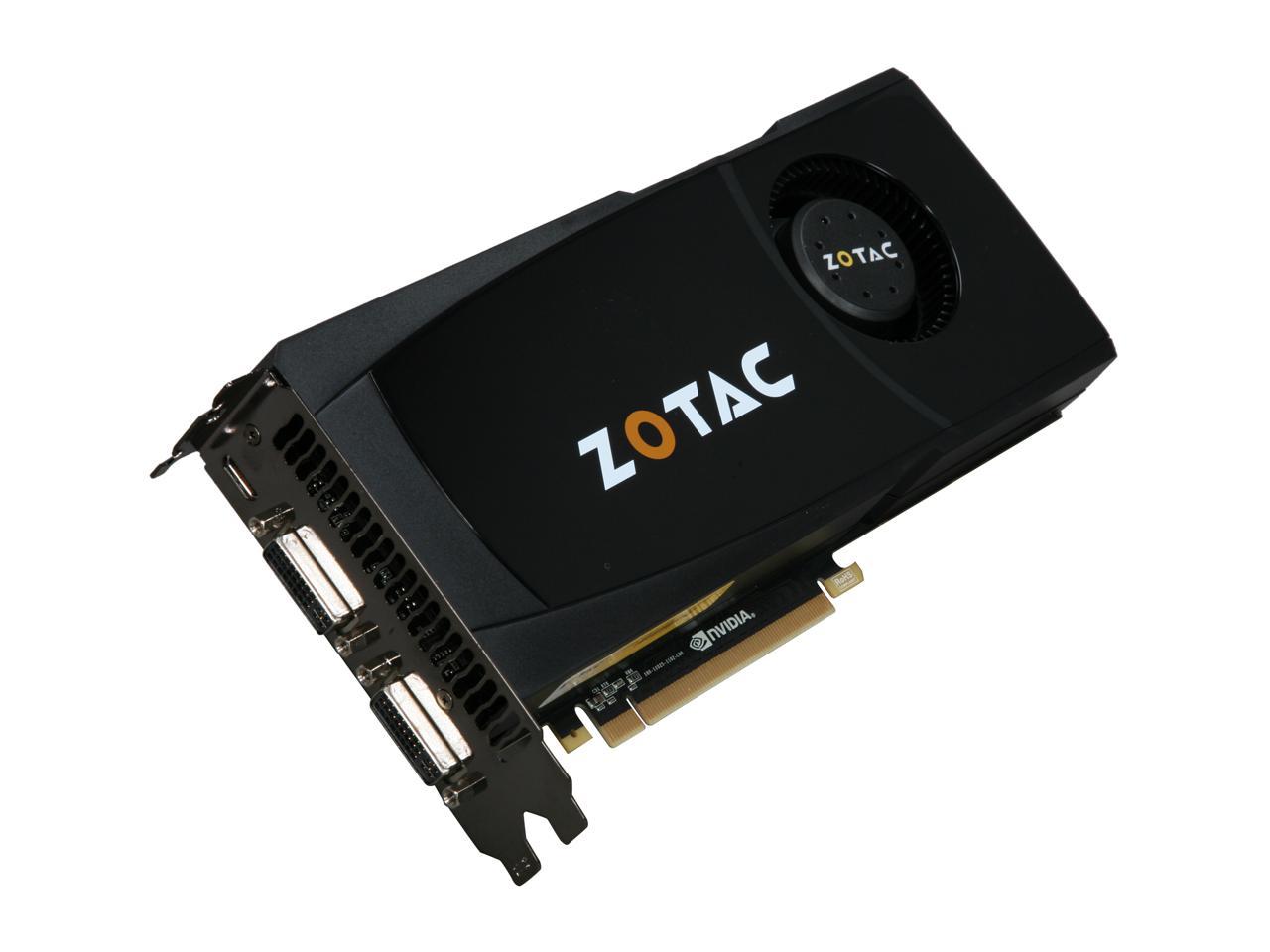 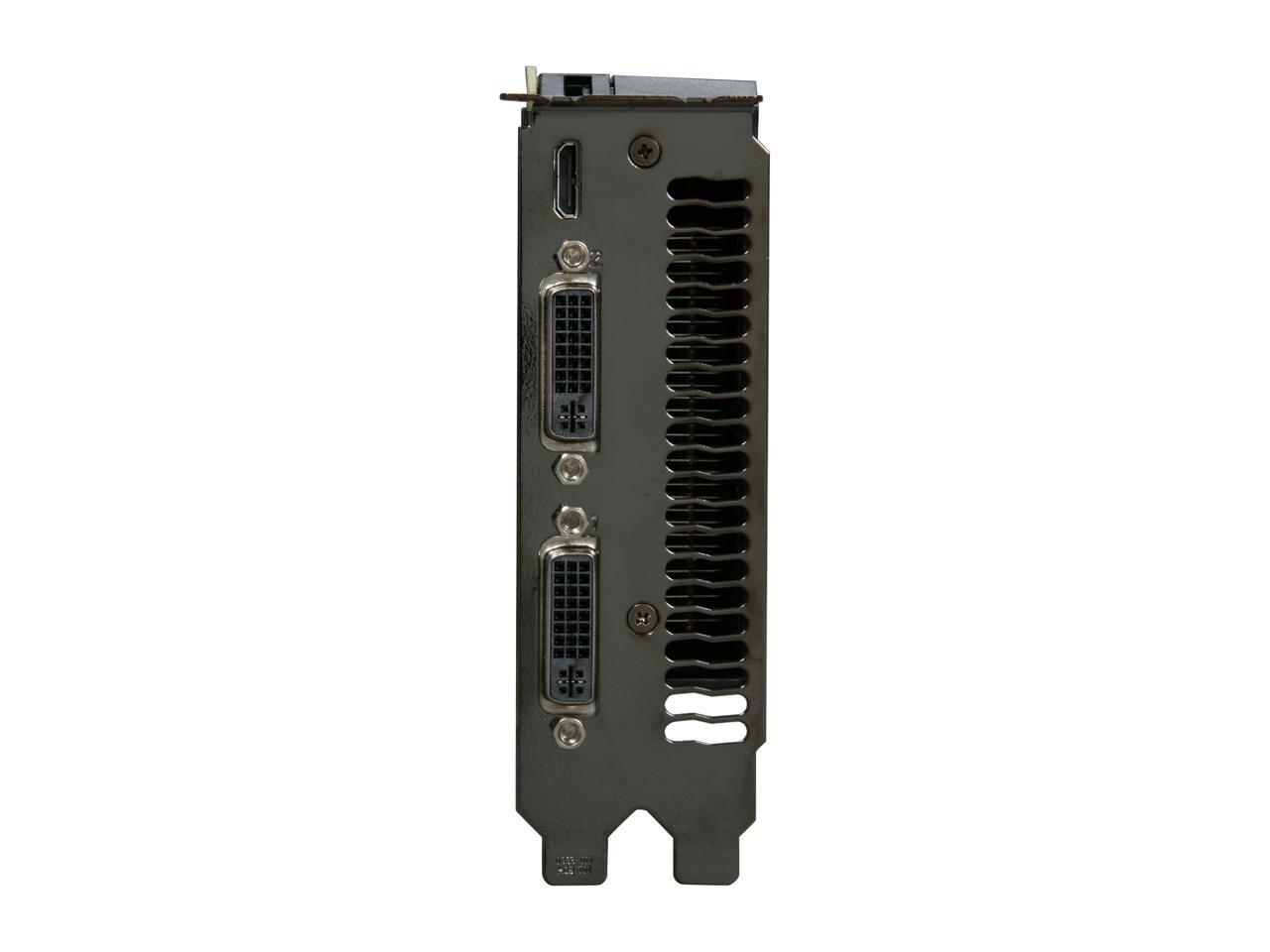 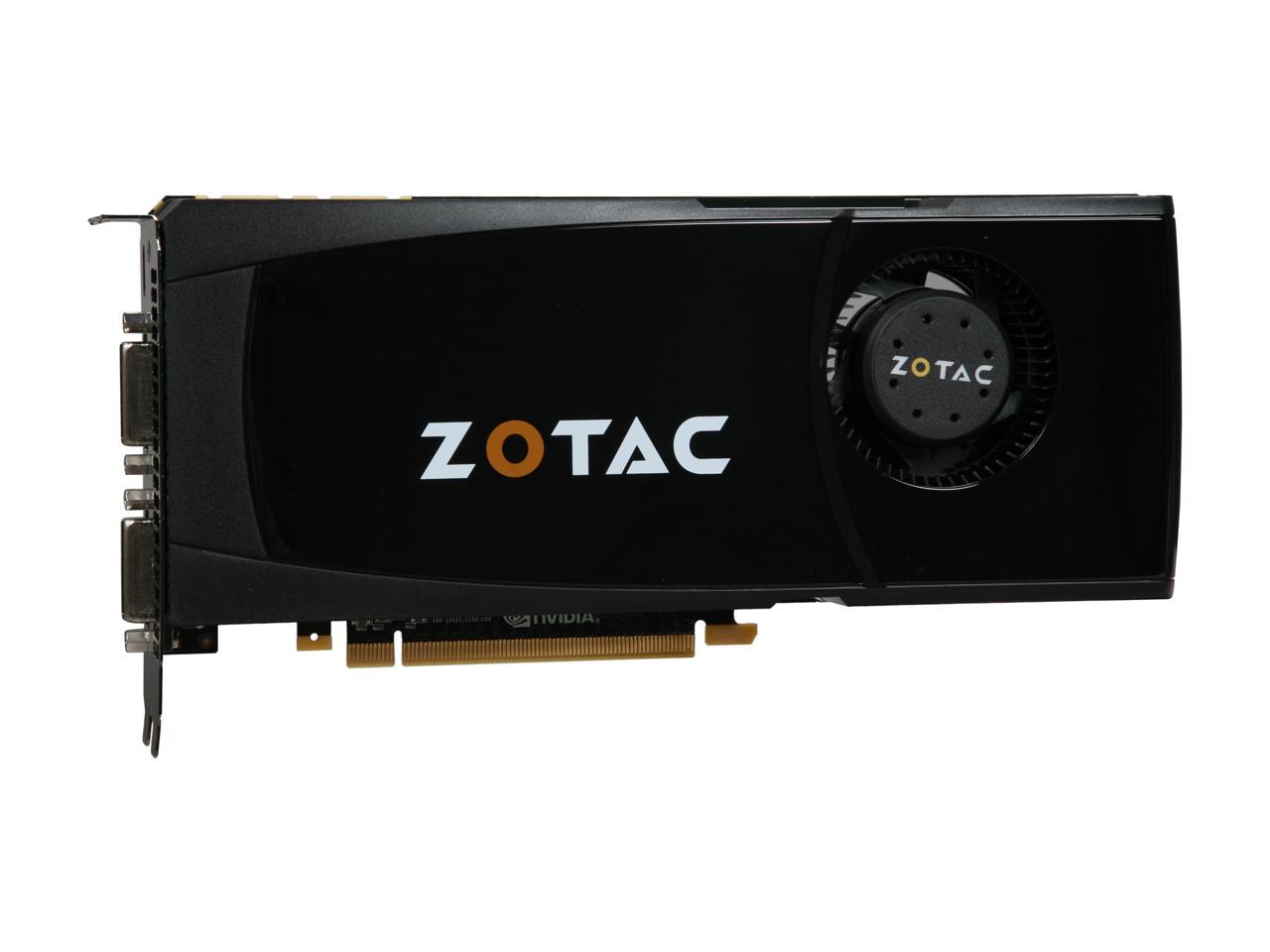 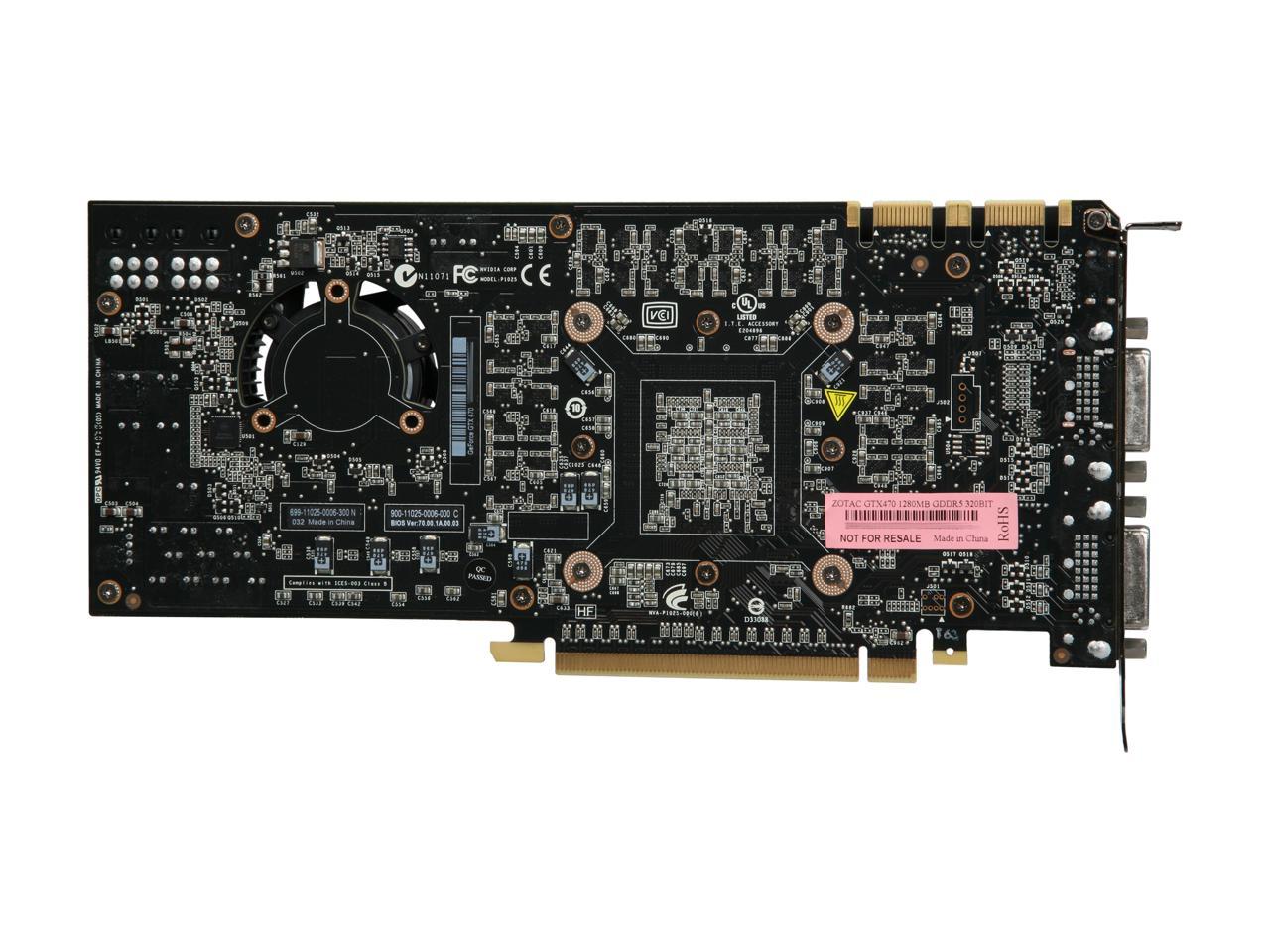 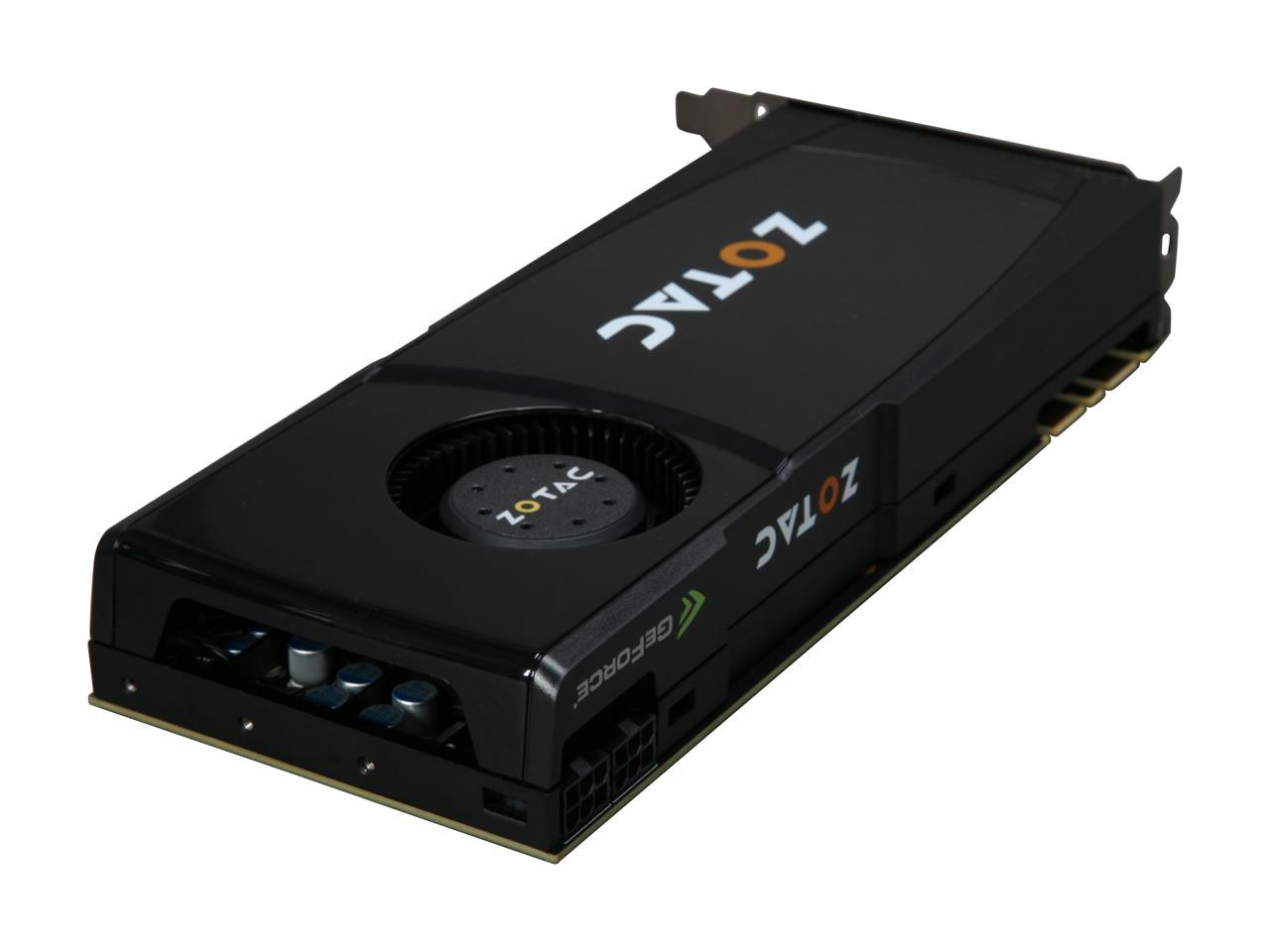 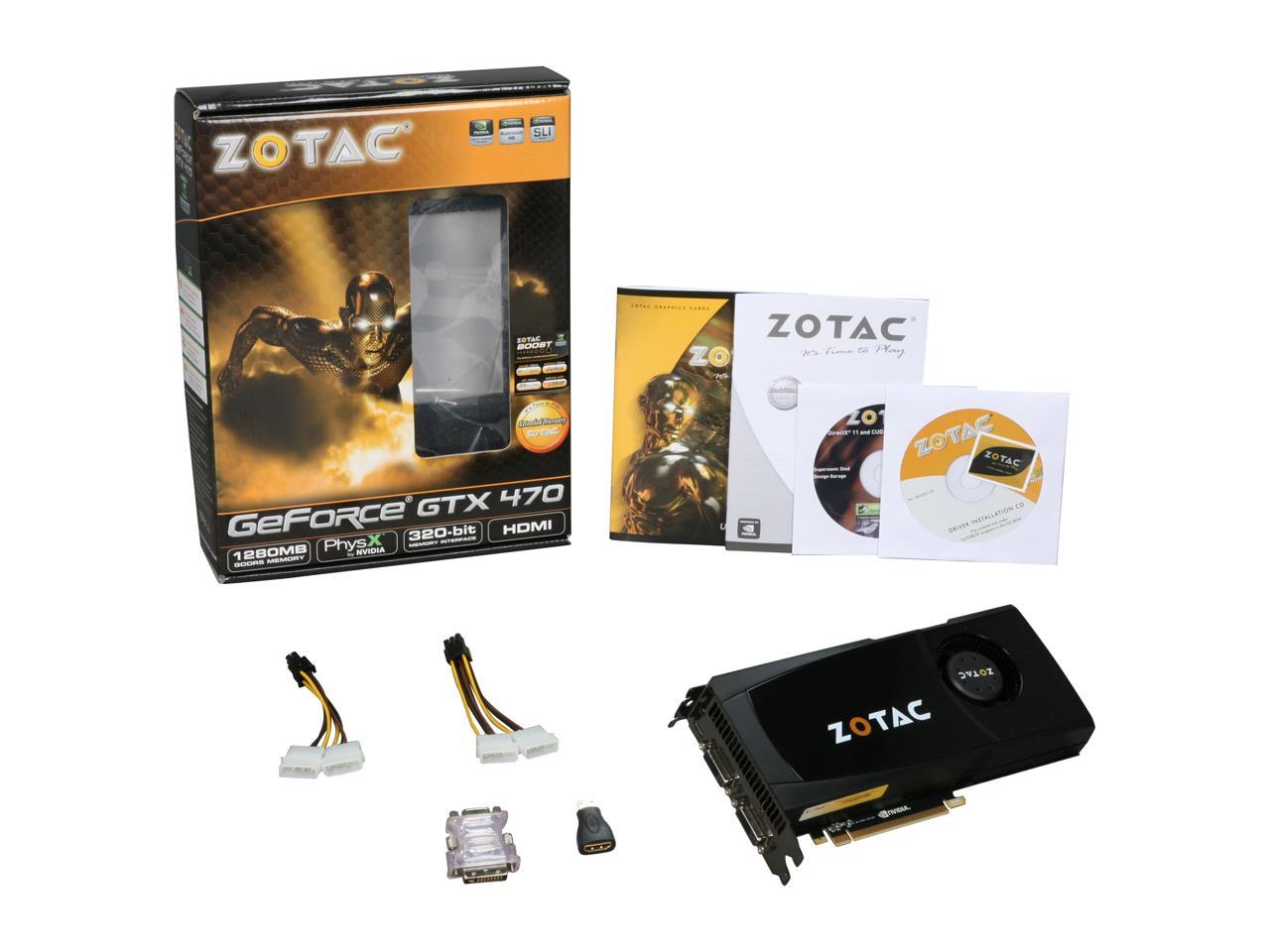 Pros: not sure yet.

Cons: DOA, after installing my it into my pc I have 1 short beep and nothing on the monitor screen. My monitor doesn't even recognize that the PC is even on. The video card fan is running, i've checked the two 6 pin power cable connection and everything is secure, but nothing on the monitor screen. Putting my 8800GT SLI back in my rig everything boots up fine. I've even tried resetting the mobo BIOS thinking it might have something to do with that, still no go. Sending back to newegg today for replacement.

Overall Review: I'm running 800watt power supply, should be more than enough for a single GTX470.

Manufacturer Response:
Its possible it might be a driver issue. For further technical assistance please contact our technical support department.

Pros: The card functions exteremely well. It overclocks nicely, as do other 470s. 765core, 1519 shader, 1759 memory (880mhz). All 470s get hot during heavy gameplay, so use MSI AfrerburnXX 1.6.0 beta, and set a good fan profile. However, I cannot reccommend the Zotac brand for the reasons below.

Cons: All GTX 470s come from the factory cosmetically damaged. I've had two sent to me with the fan shroud extremely scratched-up, and with plastic or foam debris all over the outside and inside of the shroud. So, just to confirm that the damage is from the factory, I viewed several "unboxing" videos on Youtube, and lo-and-behold, those cards had visible damage to the shroud as well (all boxes were unopened prior to opening on the video). Whatever the heck is going on with quality control at Zotac, customers are receiving a "used" or damaged product for new prices. Not cool at all Zotac!!!!! I asked Newegg for a small partial refund, and they denied the request -even after they sent me two damaged cards. Newegg is beginning to suck compared to other etailers.

Overall Review: Avoid buying a Zotac GTX 470 until this problem is rectified. I also own an EVGA GTX470 and it was in flawless condition from the factory. Remember, when you go to sell the Zotac at some point, you'll get less for a damaged card, much less. Unacceptable.

Manufacturer Response:
Dear techpro, I am sorry to hear about your unfortunate experience with your ZOTAC product. Please understand that ZOTAC always takes our QC process seriously, and will take note of your issue to avoid such problems in the future. It is incredibly unfortunate that out of the whole batch, you happened to receive two video cards with scratches and damage to the shroud. Please contact our RMA department- we will be more than happy to swap the damaged products with two NEW GTX470 video cards for you.

Pros: Fast, did I say fast? Much faster and smoother than my previous setup of 8800GT + 9800GT SLI. That card give me a much needed boost for my 3D Vision setup at 1900x1080 PhysX + CUDA Newegg don't do markup on MSRP even if the cards are in short supply

Cons: runs hot but so did my G92's 2 slot cooling, but all modern high end gpus are nowaday

Pros: Well Packaged - Came with a Mini HDMI to HDMI adapter which is nice. Set up in SLI with my MSI GTX 470 without a hitch. Runs cooler than my reference MSI GTX 470 (even though I put new thermal paste on the MSI card). Both show same BIOS version in GPU-Z, so there must be some other difference.

Cons: As usual, Fermi cards tend to run hot. And because they run hot, the fan can get fairly loud.

Overall Review: I bought this card while it was on sale to couple with an existing GTX 470. I haven't done any serious benchmarking as of yet. Unfortunately 3dMark11 doesn't support SLI right now, so there's no comparison there. Been to busy playing Mafia II & Batman: Arkham Aslyum with the settings cranked to bother with 3dMark Vantage or any of my other benchmarks. Coupled with my i5-750 @ 4Ghz, 4GB DDR3 1600, and a bit Thermaltake Armor 8003BWS case I have two reference GTX 470's in SLI. While playing Mafia II @ 1080p these guys hit about 88C. Furmark pushes them to about 95C.

Pros: Great card and performance for the money.

Cons: Runs hot on full load, be sure have plenty of cooling or alternatives to cool it. Then again, fermis based on gf100 (gtx 465/470/480) are known to run hot using the reference cooler.

Overall Review: Just ordered a 3rd Zotac after I had received a faulty gtx 470 from another manufacturer. Thank you newegg for the great customer support. Zotac support has also been great.

Pros: -Lets me max out some high end games on my 1900x1080. -Comes with Mini HDMI adapter! -Overall a really good price. (caught mine on sale) -Does everything you need it to do: PhysX etc etc

Cons: Not a huge problem, but MAKE SURE you have adequate fans/ a ventilated case. A stock case with 1 fan will not do you good if you plan on gaming for more then an hour.

Pros: Stock Fermi, tremendous out of the box performance with headroom to overclock if you have adequate cooling. Small size (9in) makes it ideal for smaller mid size cases... Pair of these running at 850x2020mhz pushes easily past 40K in Vantage with i920 at 4.00ghz. Easily good for the next 2-4 years...

Cons: Runs hot and loud, which is no surprise, reviews state this everywhere. I have mine on water cooling so total noise levels at 28db full load (noise rating of rad fan)...

Overall Review: Initially poor review due to the complexity of the rebate process. The issue was two rebates and one card that was rma'd. Finally sorted and rebate sent though without issue. Great value with rebate in place and free copy of Mafia ll

Pros: Fast! Incredibly fast! You can't throw ANYTHING at this card to slow it down. Runs stereoscopic 3D incredibly well. This card has been very reliable, no problems in the 4 months I've had it. And it's really very quiet under normal use. When the GPU is maxed out and the fan is on auto, (runs fan at~70% of full speed when on auto) you can notice the fan but it doesn't overpower the rest of my (very quiet) system.

Cons: It's pretty hot, when I leave this card folding proteins all night I have to crack a window. The rebate took almost 4 months. I've heard lots of people have had rebate issues. Make sure you don't use a PO address, and follow the instructions very closely!

Overall Review: I've put very heavy use into this card. I fold proteins using GPUgrid 24/7 when I'm not using my computer for games, and this card folds like a champ! It takes this card ~7 hours to crunch through a file that takes my 9800gt over 24hrs. I've never had a corrupt file from it.