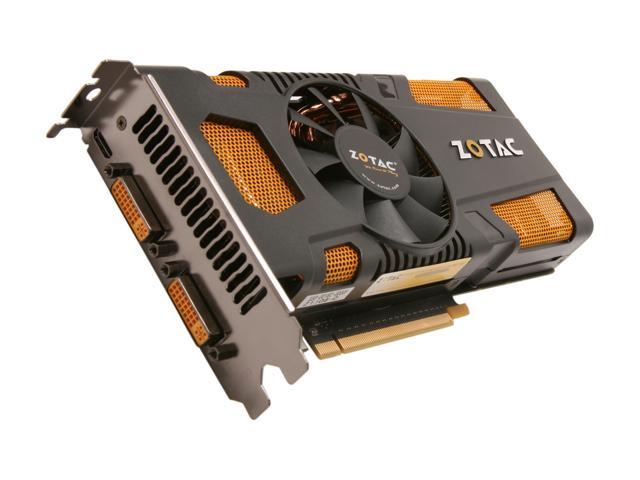 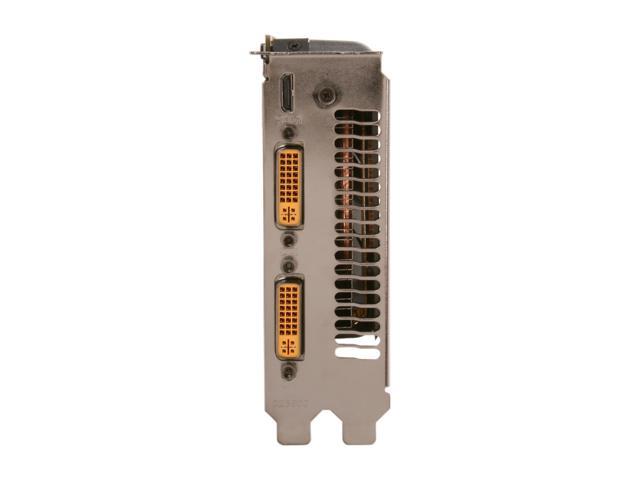 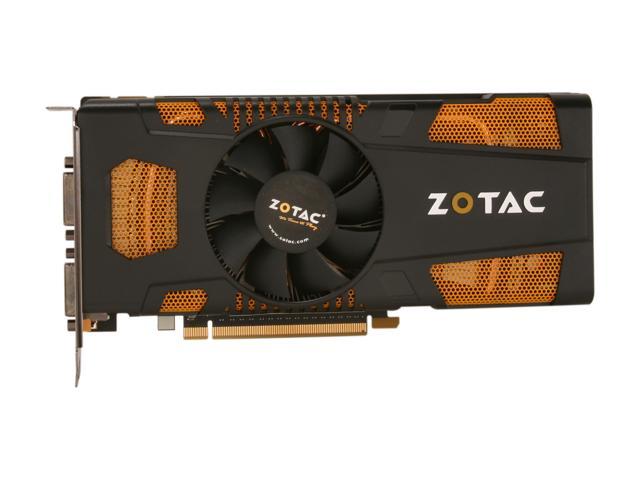 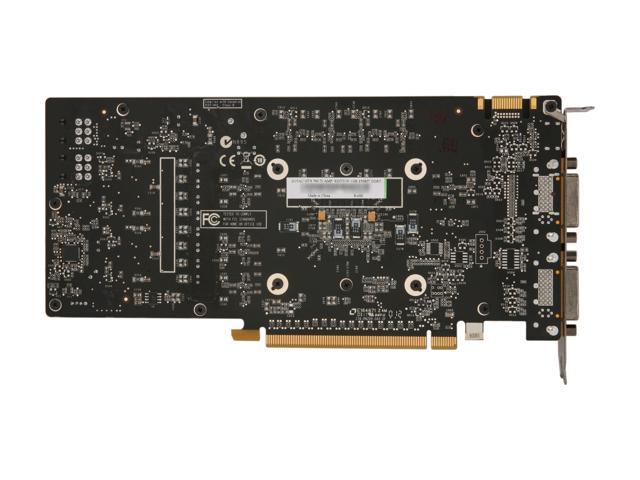 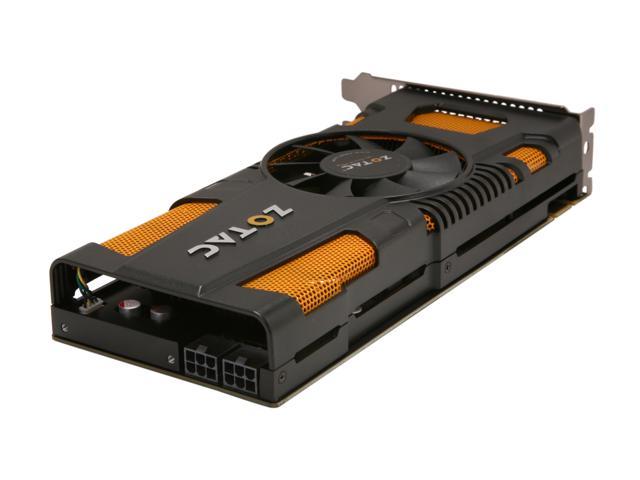 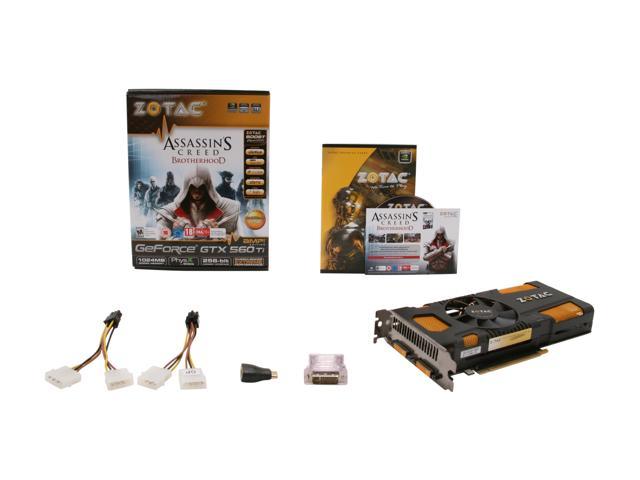 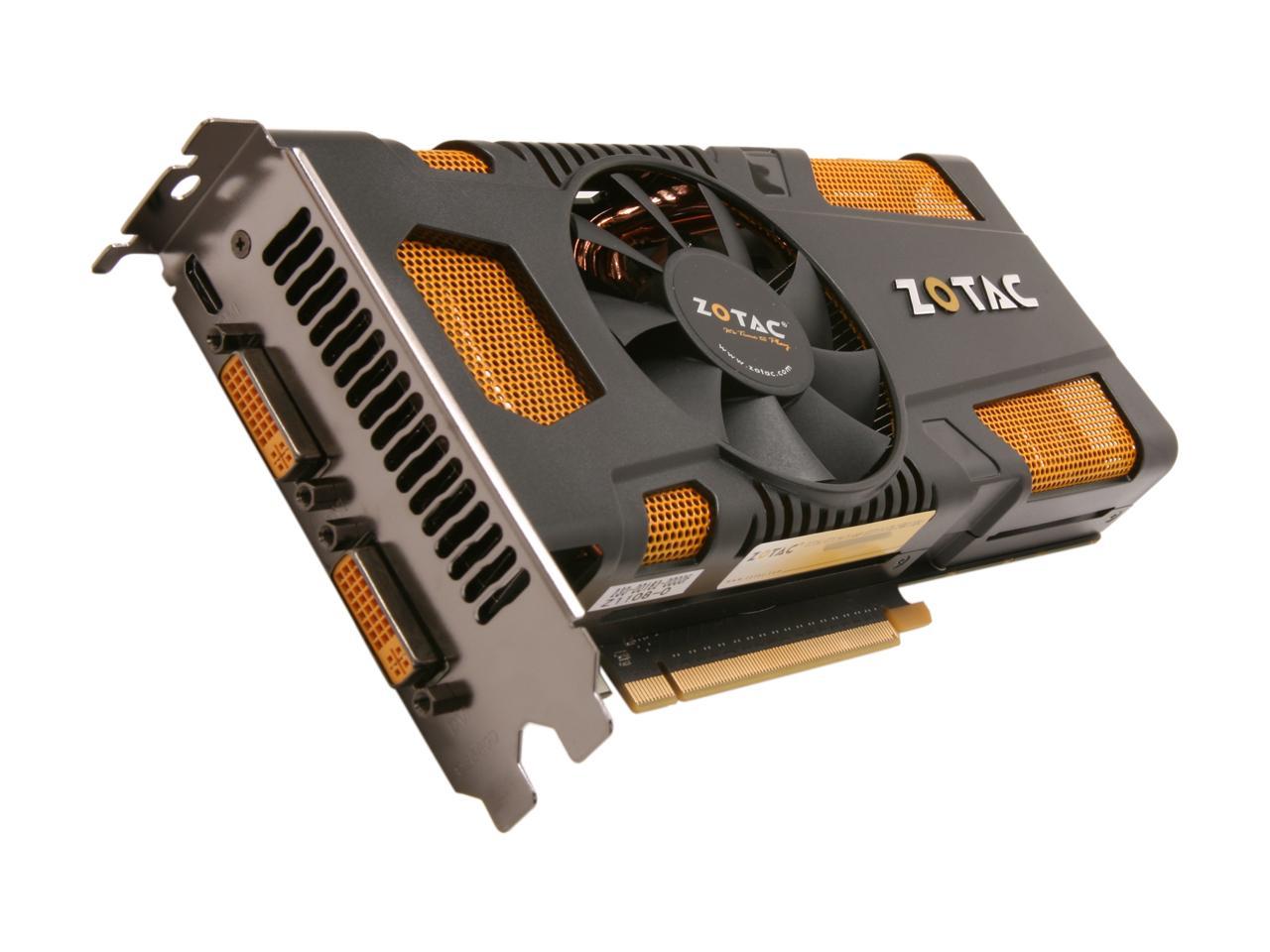 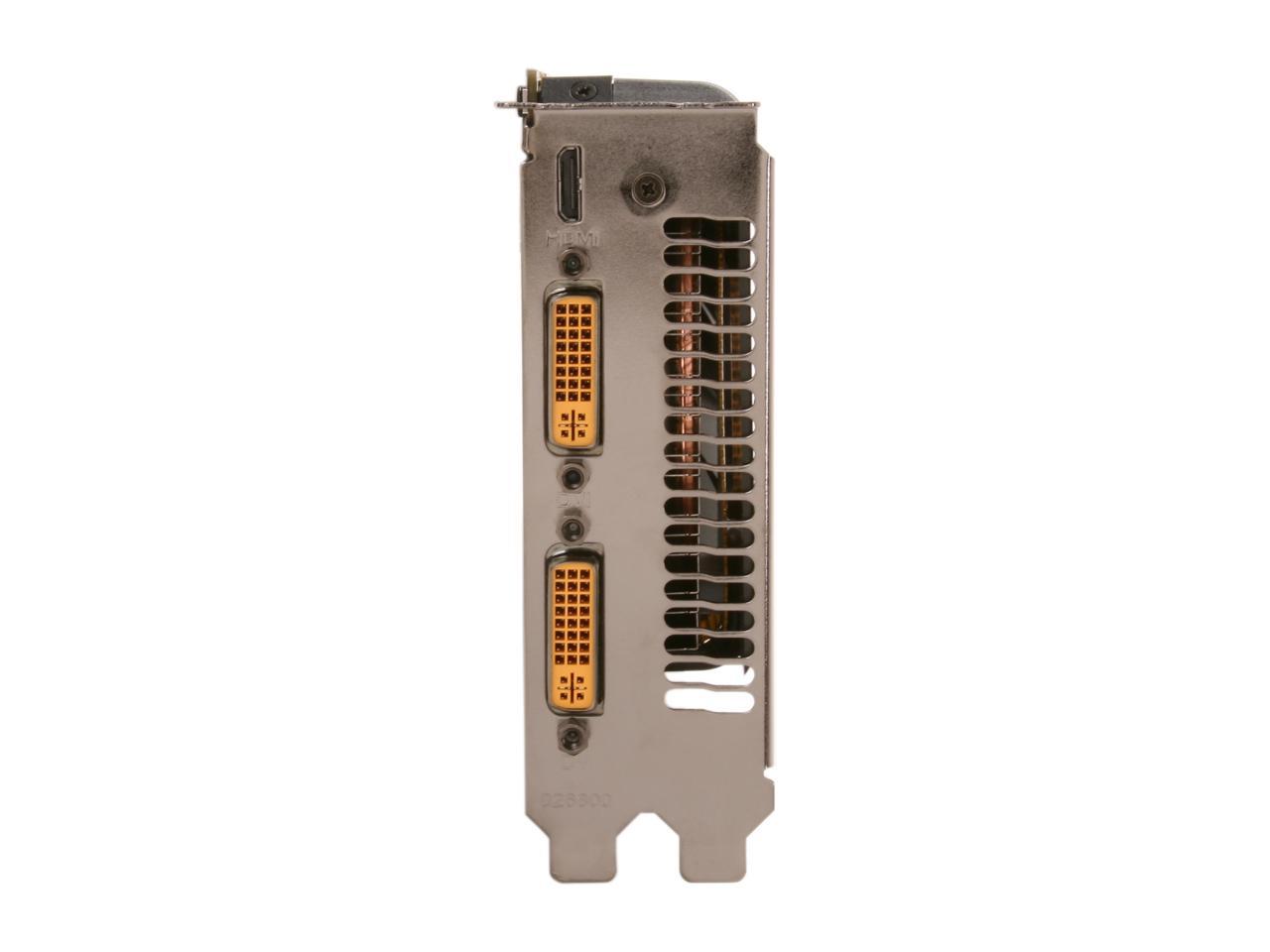 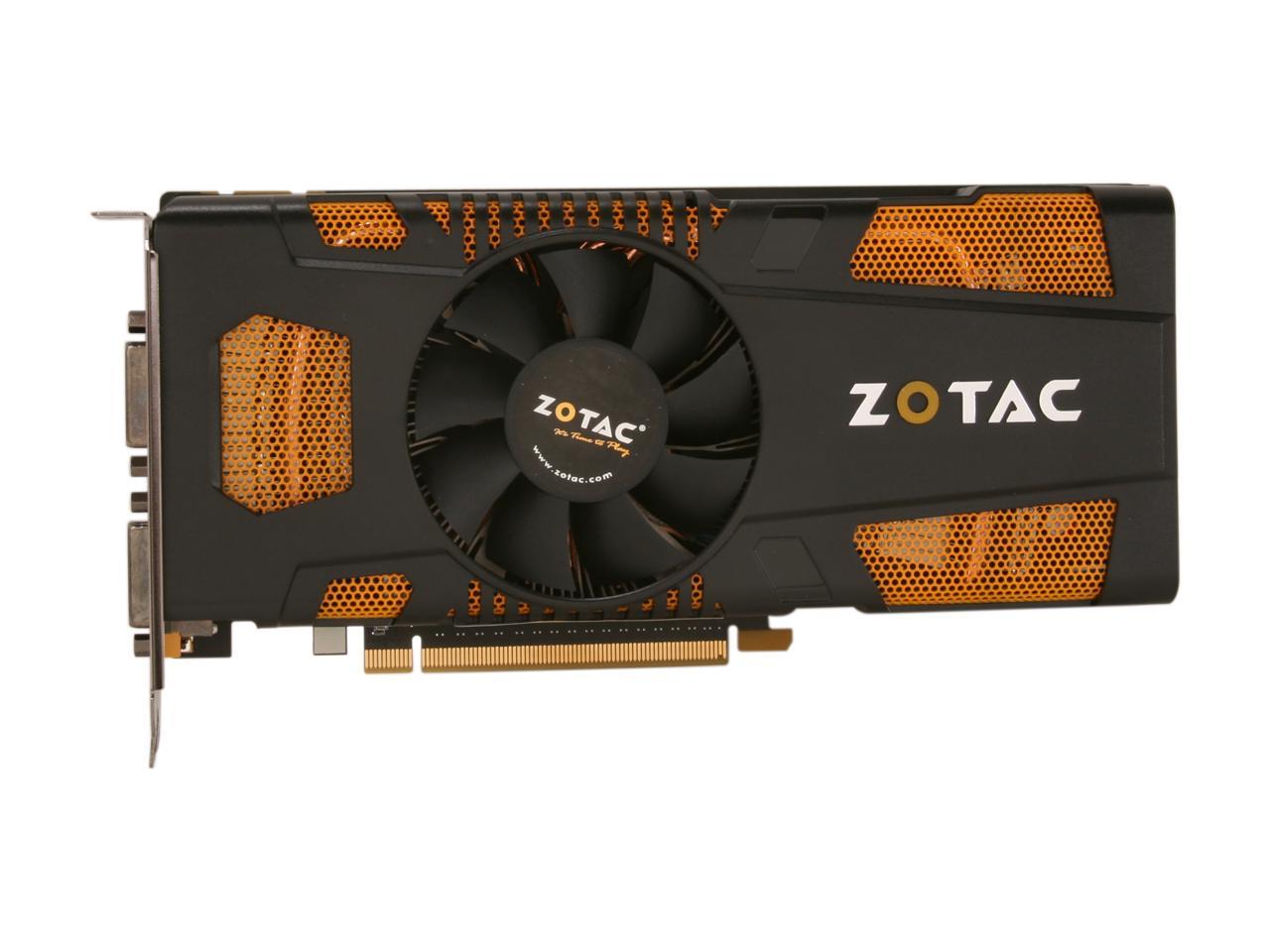 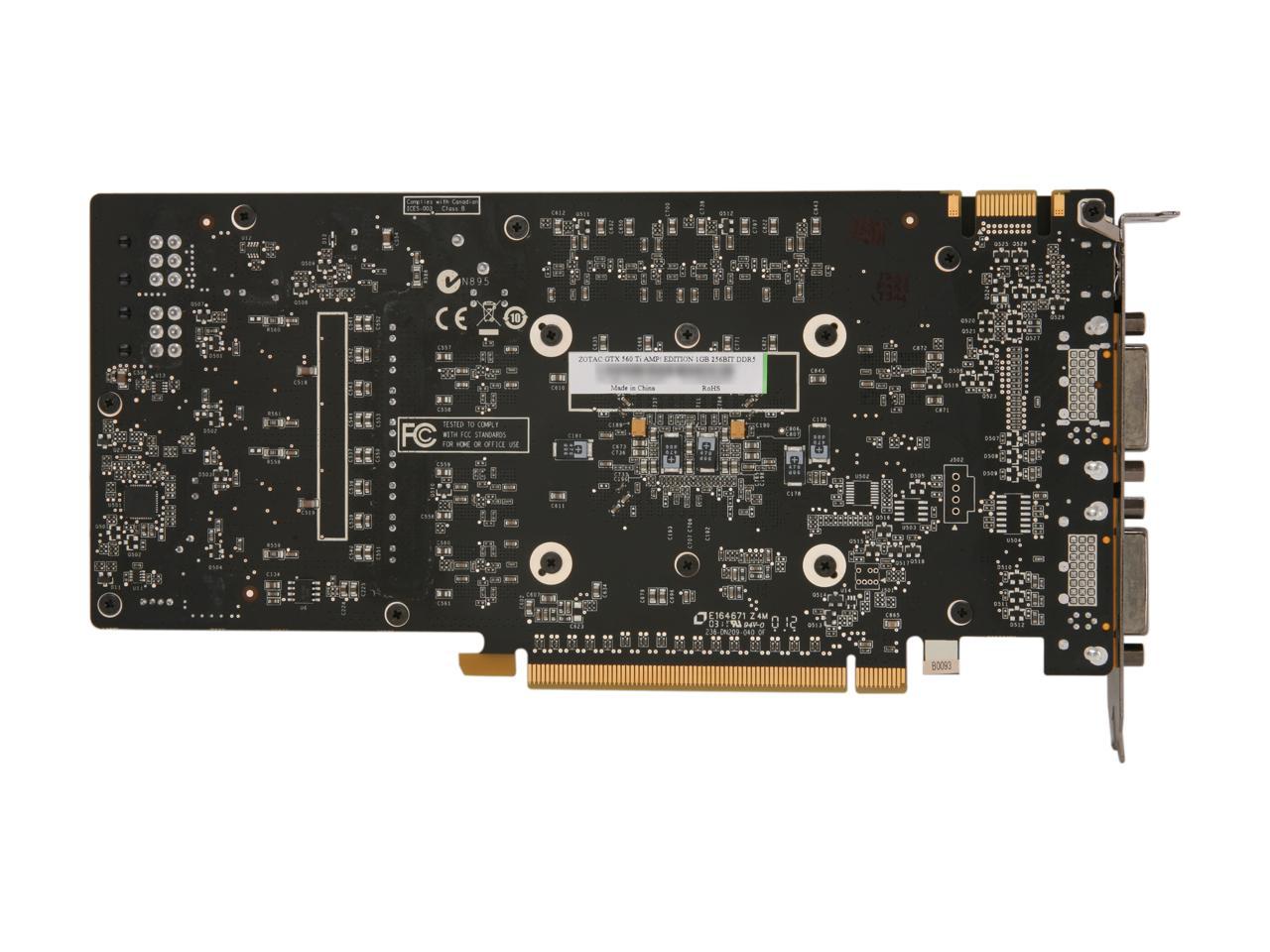 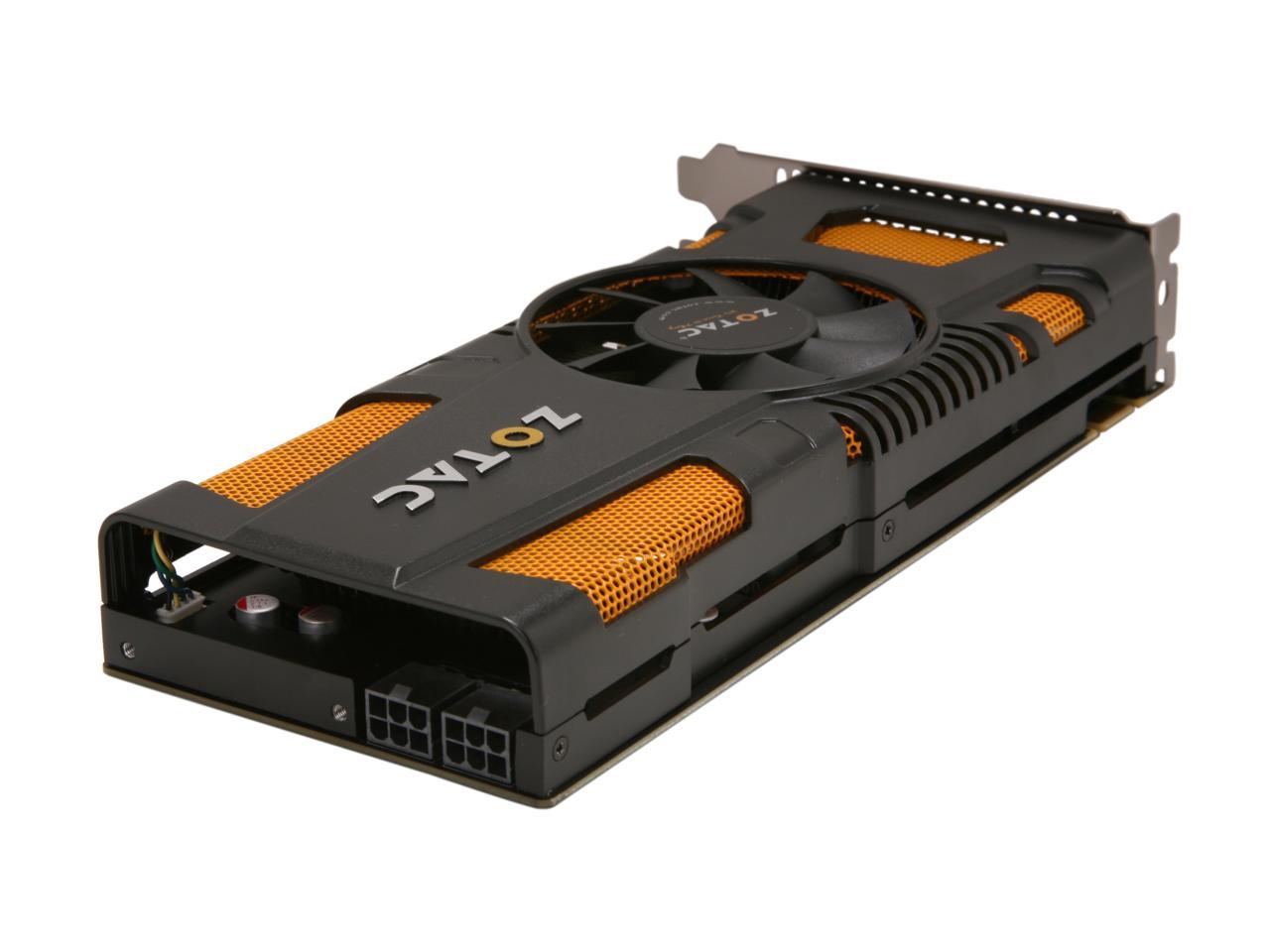 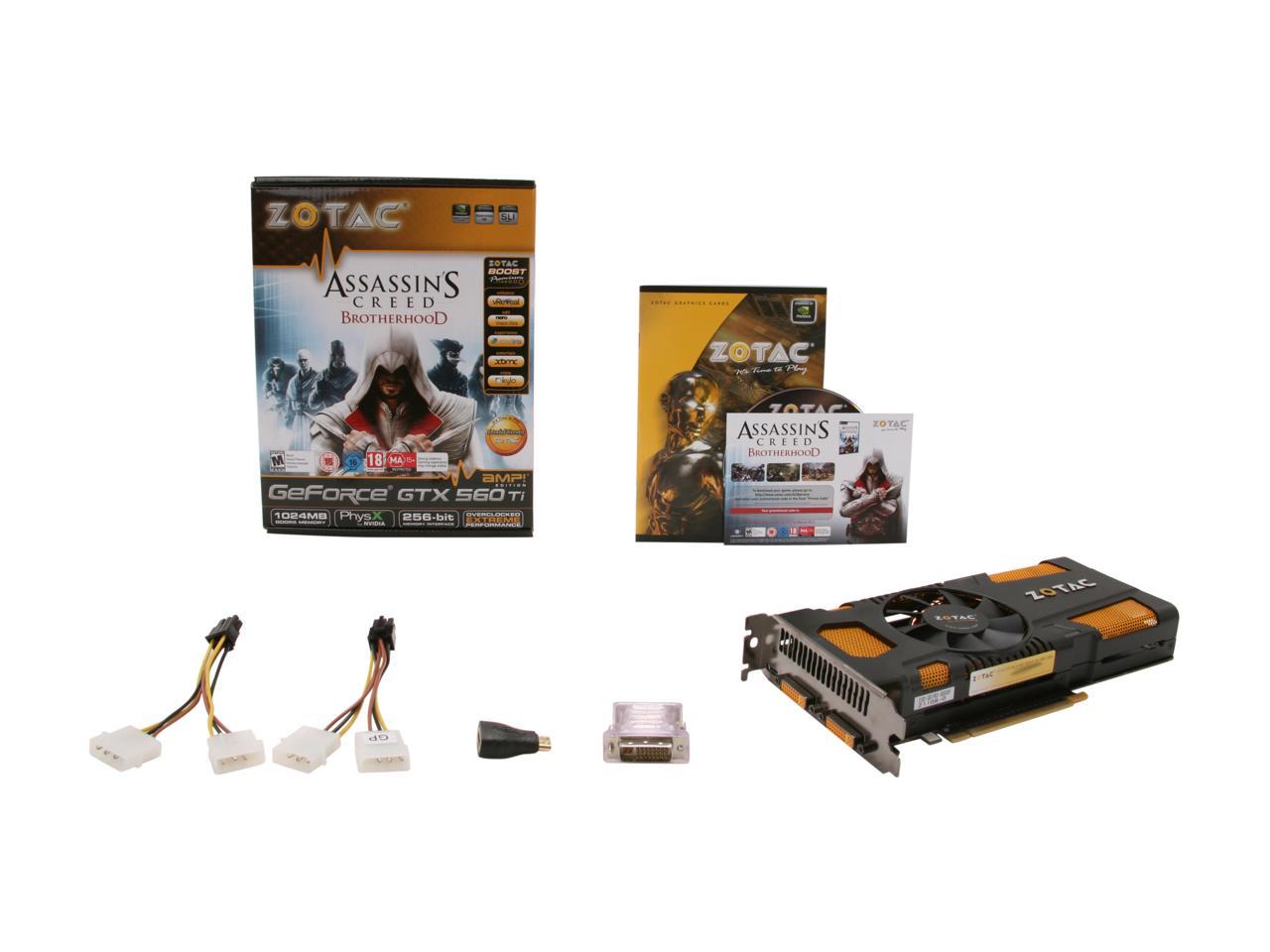 (88) Write a Review
OUT OF STOCK.
LOADING...
Specs
Reviews

Pros: A solidly built card. Single fan is fine for this card and is larger than the fan in a 2 fan system. The stock cooling solution is more than adaquate for this card...no aftermarket cooling needed once u tweak voltage setting.

Cons: The default voltage default setting is too high and is causing the hi temps people are experiencing. I used MSI Afterburner to lower the voltage to 1012 and the fan speed to 68%. Averaging 53C Playing games and 43C idle.

Cons: first, you have to lower the stock voltage to make it work (which voids the warranty by the way) but I can live with that. What I cant live with is the awful customer service from Zotac. This card does not play Battlefield 3 without some serious tweaks to the bios. Most other companies have released a bios update to their 560ti cards, but its been 6 months since zotac said "we are discussing the issue" and still no support from them.

Overall Review: With the prices of cards with comparable specs being only a few dollars more, please dont make the same mistake I did. Just buy from a different brand. You'll be glad you did. I wish I had returned this card when I had the chance instead of trusting Zotac to work out a solution.... Silly me...

7 out of 7 people found this review helpful. Did you?
Manufacturer Response:
Hello BagHeadPhil, I'd like to kindly ask you to send support@zotacusa.com an email regarding issues with your 560 graphics card. They have a couple of options that might remedy the problems you are facing. Thanks, Juliette
Andrew F.
Ownership: 1 month to 1 year
Verified Owner
Just The Facts From An Avid Gamer!12/14/2011 6:02:06 AM

Pros: This card runs pretty much everything I throw at it at near max or max settings. It is also very stable even with high temps. And the one fan does the job! Battlefield 3 - Runs on High and Ultra flawlessly. WoW - Chews it up and spits it out in max settings with insane FPS. Tribes: Ascend - Runs it on max settings without problems and great FPS. Starcraft 2: Wings of Liberty - Max settings, no problems. City of Heroes - Max settings, no problems, high FPS. Additonally, this card came with 2 free games[BF3 & Assassin's Creed: Brotherhood]. (Newegg offered Batman: Arkham City ONE day after I ordered and wouldn't give me the deal, but whatever, thats just me being greedy.)

Cons: Only two cons to this card... Runs Hot! - This card will idle around 33c-34c with fanspeed at 70%. Then reach temps of 80c-86c during high-demanding games. But this is in a 80 degree, small room and its next to a window in South Florida heat. In WoW however, it only gets up to 70c. I was worried about all the reviews that said it has a high temp, but trust me, it really doesn't matter nor does it hinder the card. You will need to increase the fan speed, but at 60% you won't hear an increase in sound. At 70%, you will but it keeps it much cooler. I won't deduct an egg for having to increase fanspeed because I'd do it on any card regardless. Size - This card is actually shorter and a bit thinner than my GTX 260 216 core. But I'm not sure if my ASRock P55 will have the room for two of these badboys. Still, its a hefty card as most are these days, so I didn't deduct an egg for it.

Overall Review: Don't listen to these other reviewers who say "Zotac has awful customer service". That simply isn't true. I had the same notion when I contacted Zotac via their Live Chat but -every- operative from that company has been very nice and informative. Even when my Brotherhood code didn't work, they worked with me to ship me an actual physical CD. So if you are worried about their customer service, DON'T BE. Secondly, I opted NOT to lower the voltage of my Zotac GeForce 560 Ti AMP! card to 1.012. The reason for this is because Windows Experience Index lowered my video card rating from 7.8 to 6.0. Then after I put the voltage back to 1.150, the rating jumped forward from 6.0 to 7.8. Just use MSI Afterburner or Zotac's version to raise the fanspeed to 60%-70% and you will be fine. ::System Specs:: Rosewill Challenger Case (Push/Pull config)(x5 fans) ASRock P55 Motherboard Intel i5-760 2.8ghz 8GB DDR3 1333 A-Data Memory WD 640GB Black Caviar HDD Zotac GTX 560 Ti AMP!

Overall Review: I've tested this card using MSI Afterburner playing Witcher 2 at 1920x1080 all ultra UberSampling disabled. Why Witcher 2? Because I have a copy and it is considered one of the top GPU demanding games, released May 2011. I was getting 40-60fps at 80c-85c temps without any problem. I'm sure with some minor settings tweaking like reducing draw distance this game would easily run 60fps+. Pretty amazing for $200 card. I get 60fps+ easily in WoW, Dirt 2 and BC2 maxed out. Only issue I see with this card is temperature. When I first got ZOTAC AMP! 560 Ti it would go all the way to 90c+. However, using MSI Afterburner I reduced core voltage to 1012 keeping all overclocks the same. Temperature overall dropped by around 15c-20c without any performance issues. For the price of $200 I would say it is one of the best gaming cards right now.

Pros: Great performance at a good price (I paid only 200 bucks for this at the time). A major improvement over my old GTX 260! I now have a card worthy of my i7 930 system, and it feels like a totally new PC. All of my most demanding games run fantastic: Napoleon Total War, Battlefield 3, Far Cry 2, Crysis 2, Star Craft 2, Crysis 1, and even Arma 2 all run great. I recently bought BF3 just because of this graphics card -- it ran pretty terribly on my GTX 260. It was also incredibly awesome that my card came with two free games -- Arkham Asylum and Assasin's Creed Revelations. Can't get any better than that!

Cons: I can't think of many ... the only game in my collection that I haven't been able to run smoothly on max settings so far is Metro 2033, though I know that game is terribly unoptimized. Also, I'm not sure if my rebate went through, and the process to actually send it in was completely convoluted -- clearly they don't want you to get your money back. Just read all the directions carefully and keep an eye on your bank account. Also, this card does not come with any SLI bridges. I'm not running any cards in SLI, but it's something you might consider if it matters to you. The only other con I could possibly think of is that I wish I had the money and a better PSU so that I could get two! Two of these babies in SLI would destroy any game with blistering frame rates. Oh well, time to get another job I guess.

Overall Review: This card runs kind of hot but I haven't had any issues. I downloaded MSI Afterburner to monitor my temperatures and simply upped the fan speed to keep things in check.

Overall Review: To get the most out of your video card: Download MSI Afterburner here: http://event.msi.com/vga/afterburner/download.htm Use that to set the overclock settings a little higher than default, then turn down the core voltage to 1050 mV (requires a check box to be ticked in settings to edit), then click on the 'User Define' box on the right-hand side of the fan control to edit the graph for the automatic fan controls. Bring the lowest from 40% to 65%, and allow it to run at 100% by 80C to get the best results. Make sure to save the profile and set it to automatically set it to those settings on startup as well!

Cons: temp goes up to 99c (way too high) freezing after 1-2 hours 3d games very very high Frequency sound coming from vga while running 3d game (this is so anonnying )

Overall Review: i am returning to this for refund...

3 out of 3 people found this review helpful. Did you?
Manufacturer Response:
Hi BNS, It would seem like you are experiencing a number of technical issues that may be easily resolved. I highly recommend you contact our technicians at support@zotacusa.com or visit our forums so we may better assist you. I apologize for this inconvenience.
Hai P.
Ownership: 1 day to 1 week
Verified Owner
Good Card, Bad Service7/19/2011 9:03:45 AM

Cons: runs hot. promo code for the free game doesnt work for me. Customer support is really bad/thinks I'm an idiot. 11:59Me: is there a number i can call? 12:00Jon: it would be routed to me 12:00Jon: Im the only person available to receive calls really? Please don't tell me Zotac employs one customer service rep at a time.

Overall Review: was pretty dissapointed the promo code doesn't work and how horrible the customer service was from Zotac. Card works fine, but the support was bad.

3 out of 3 people found this review helpful. Did you?
Manufacturer Response:
Hi EFitch, I'm sorry to hear that you have been inconvenienced using our support system. We do offer many different options in contacting our support teams, and I highly recommend you submit your issues to our technicians through support@zotacusa.com. Additionally, I suggest you visit our forums for more community information on resolving heat and promo code issues. Once again, I apologize for the inconvenience.