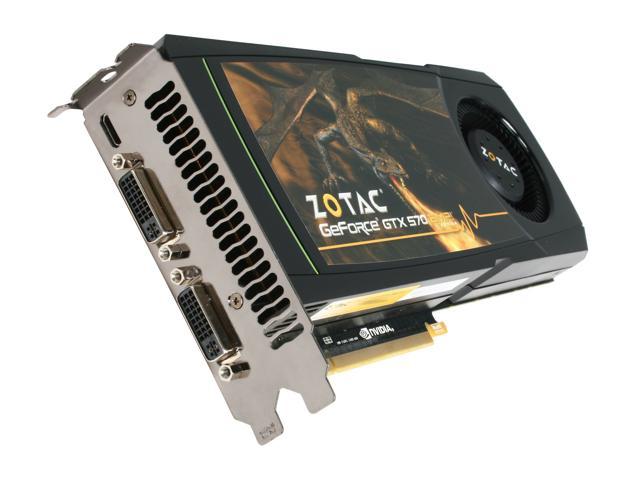 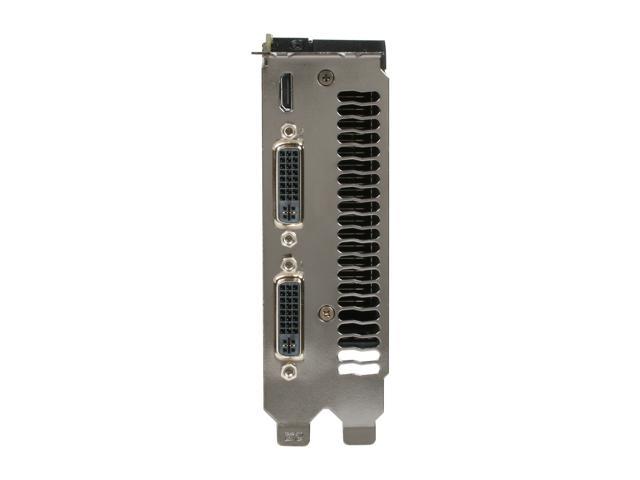 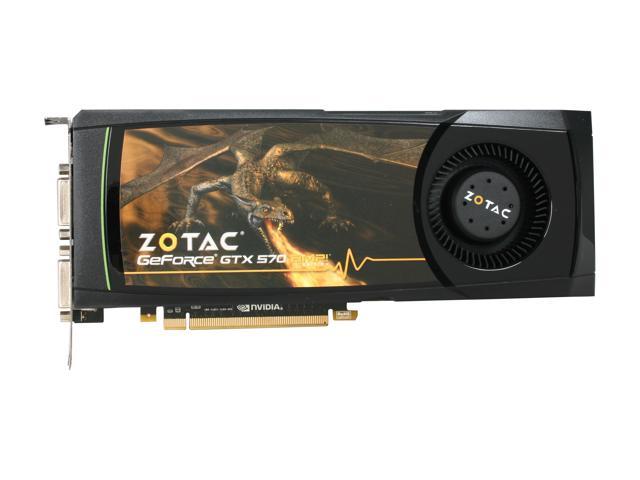 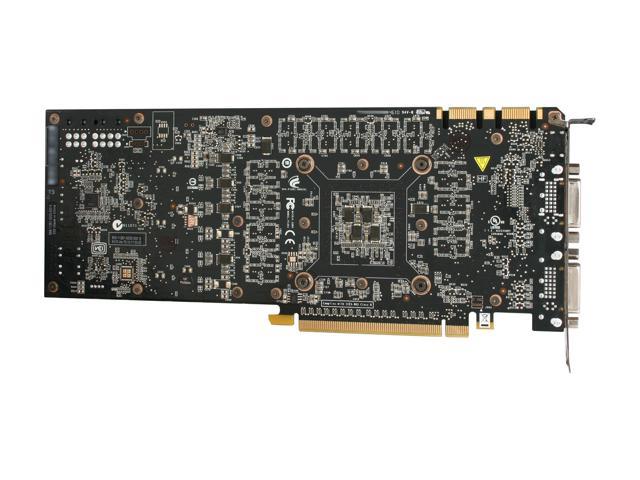 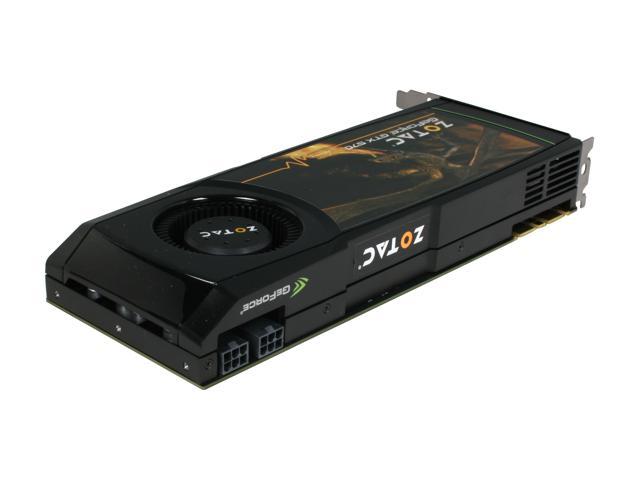 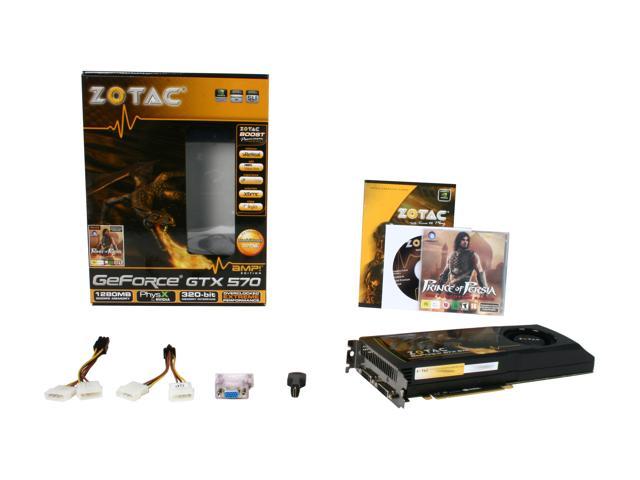 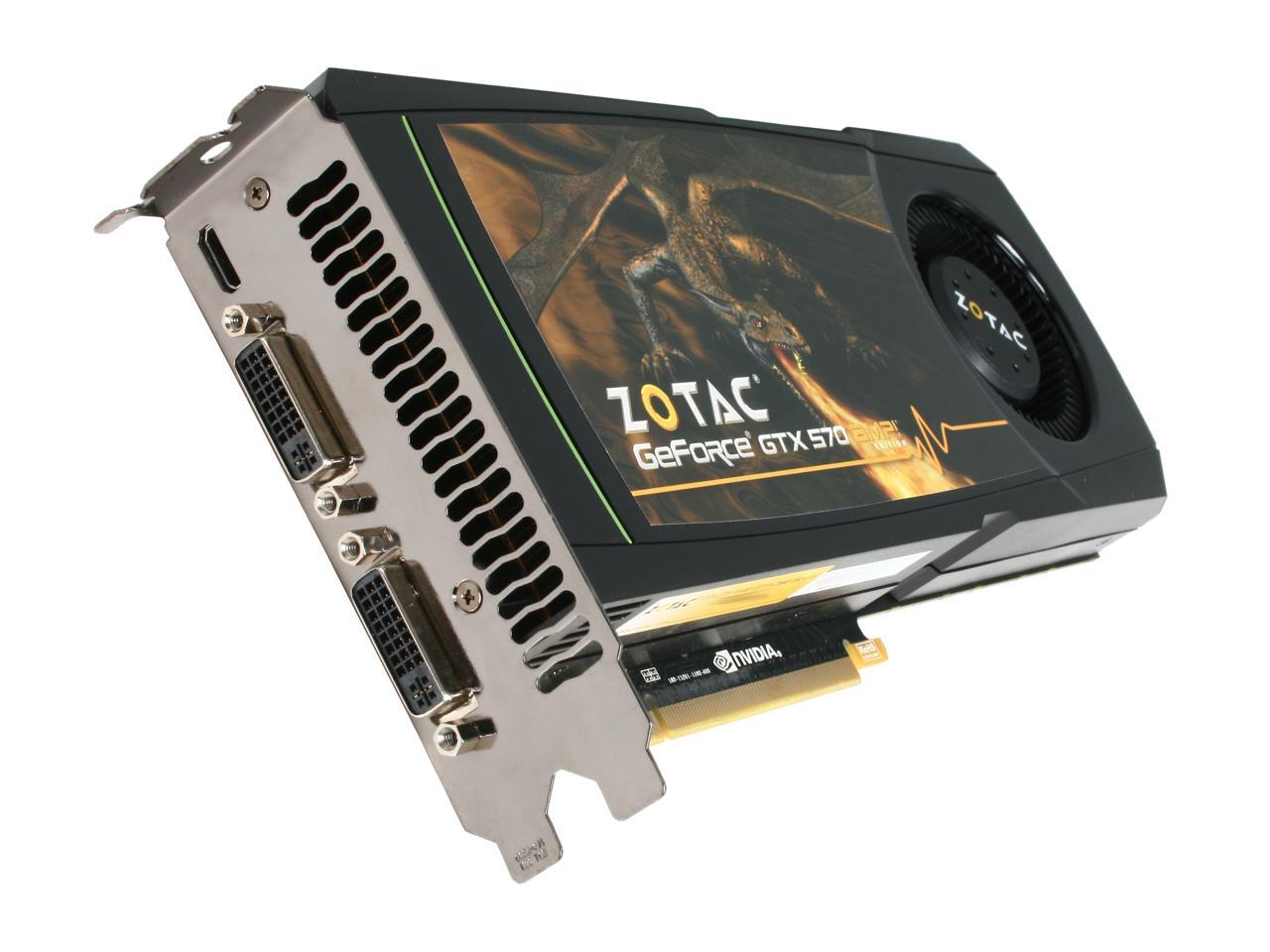 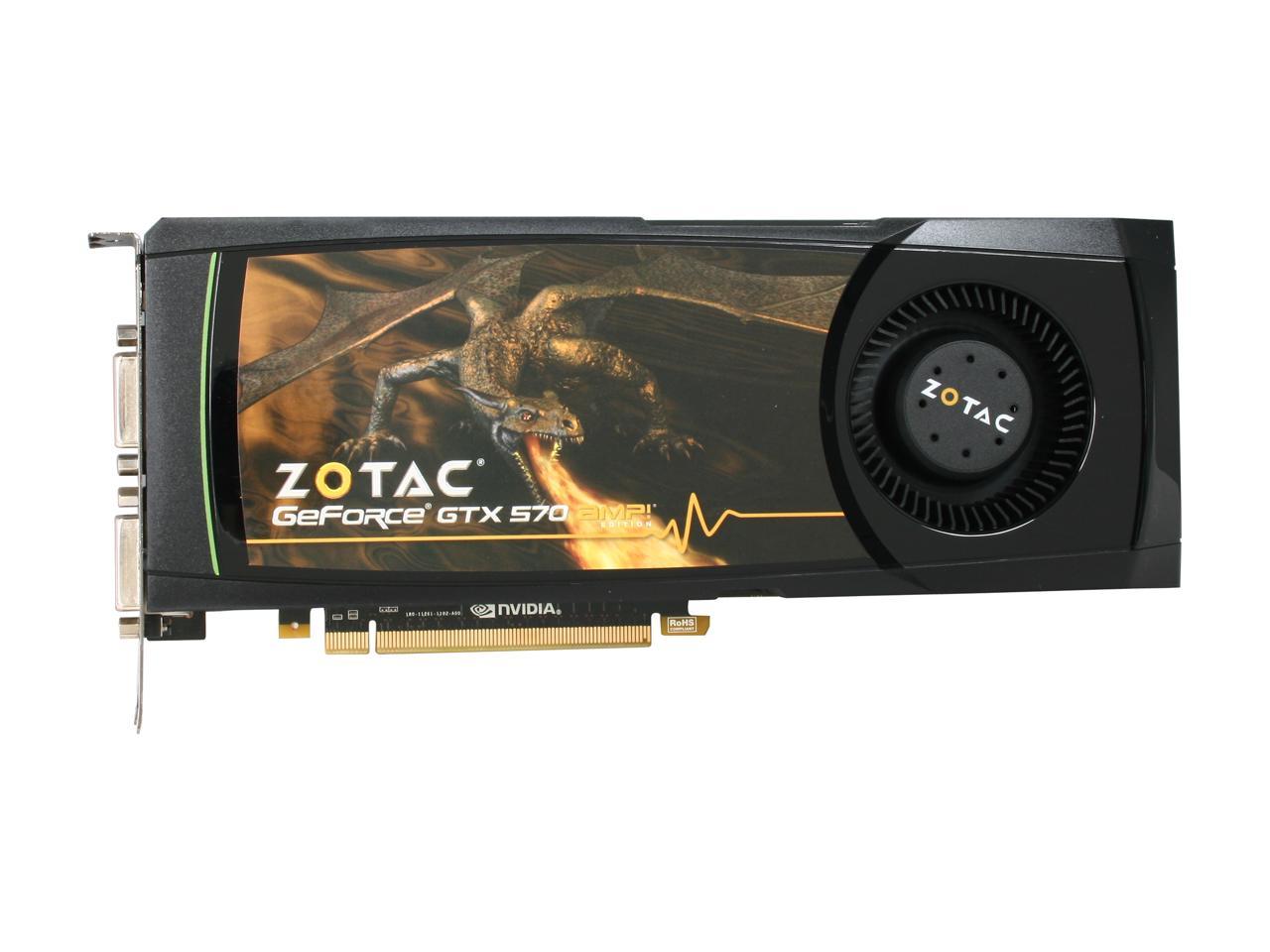 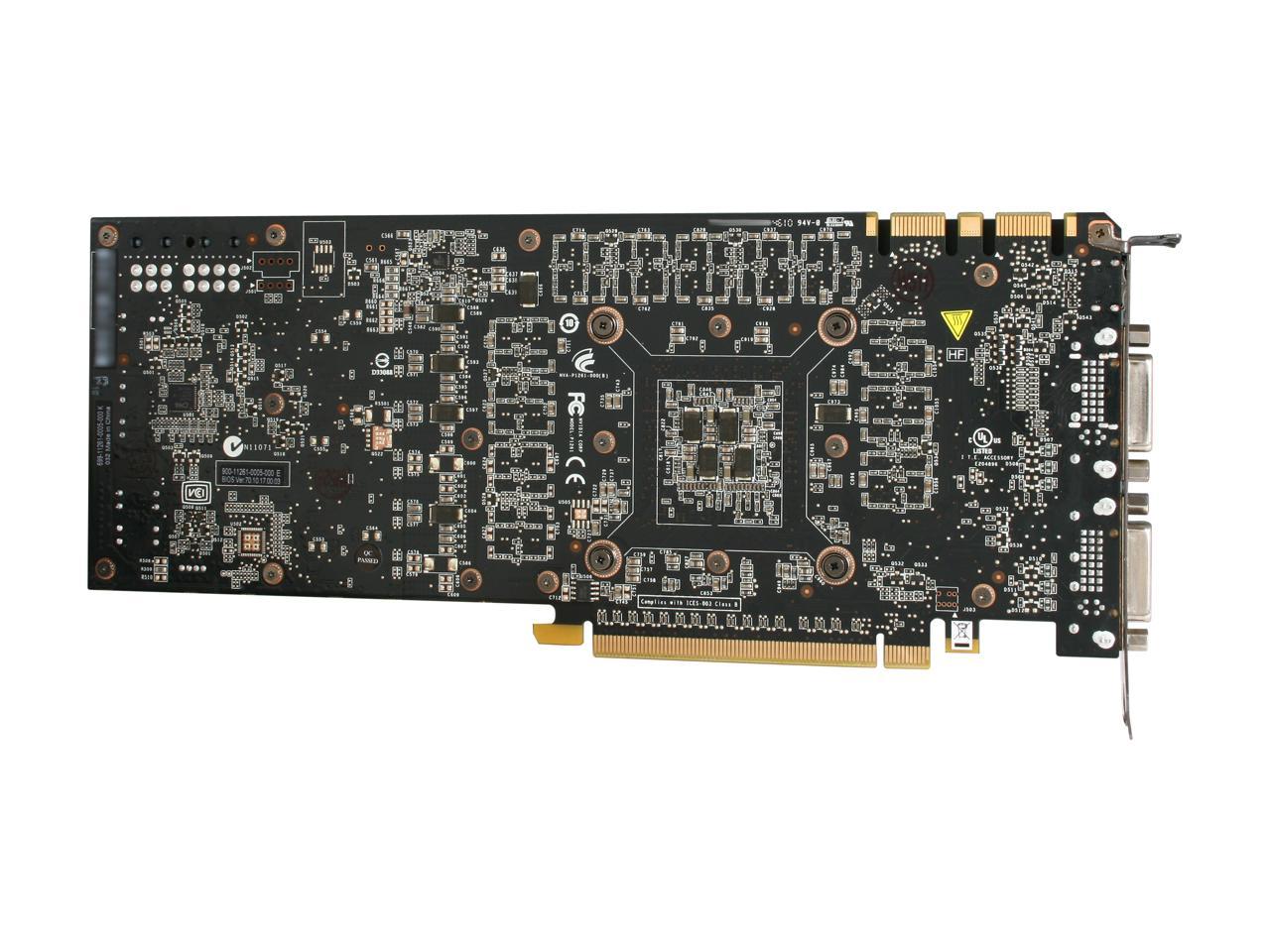 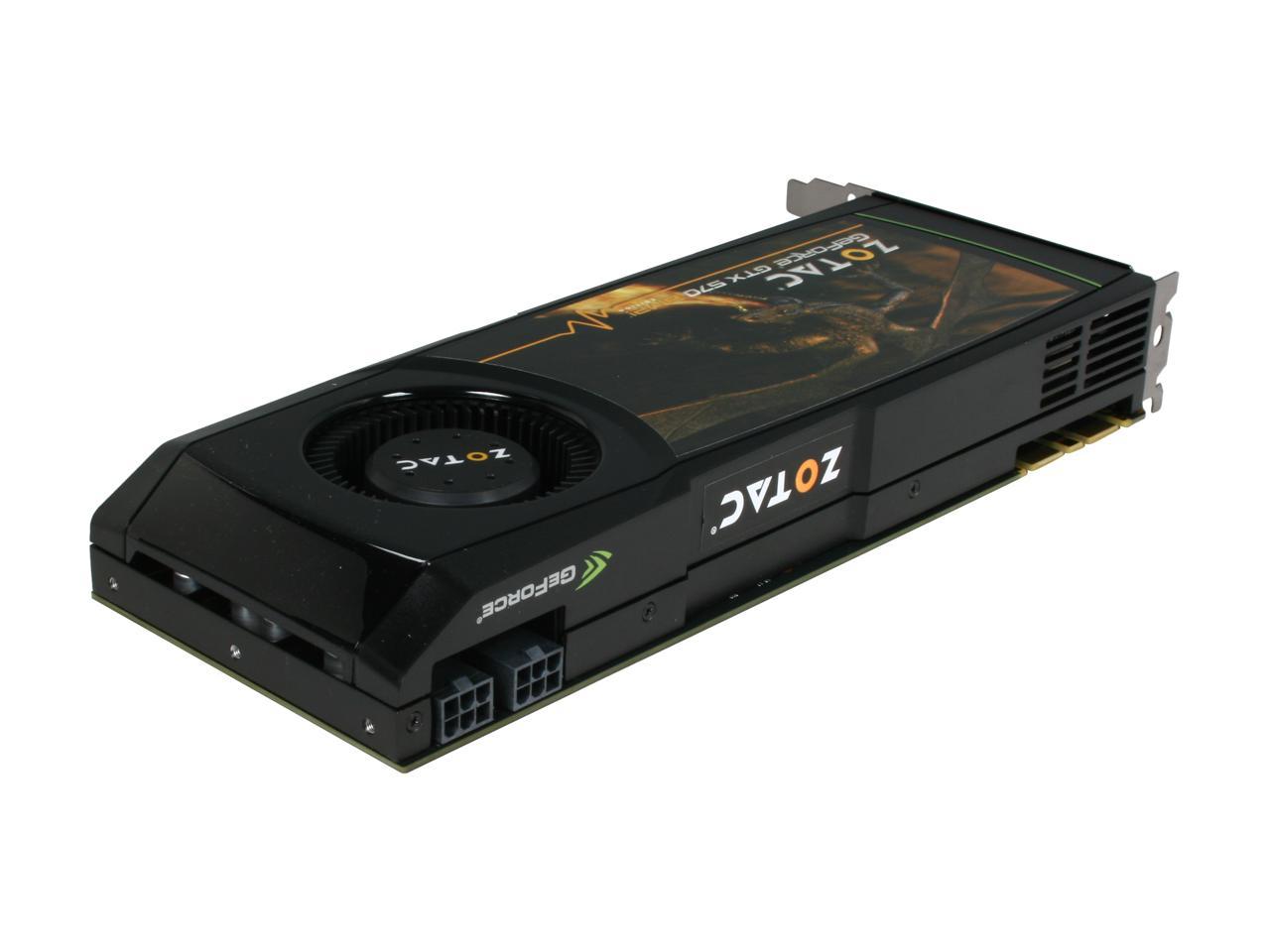 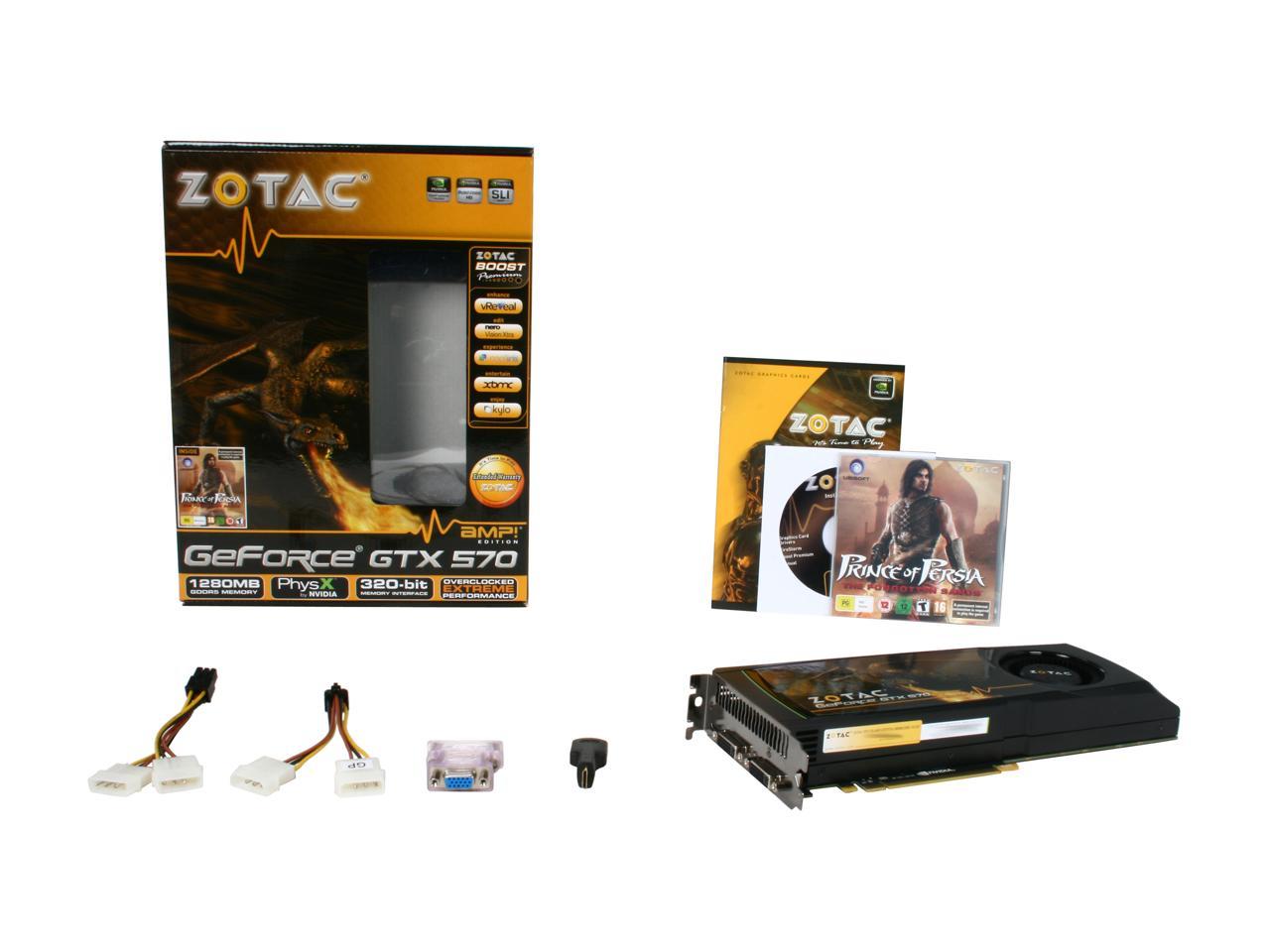 (4) Write a Review
OUT OF STOCK.
LOADING...
Overview
Specs
Reviews
With 480 CUDA processor cores and the enhanced GF110 architecture, the ZOTAC GeForce GTX 570 AMP! Edition graphics card delivers outstanding DirectX 11 performance with factory-overclocked core and memory speeds. Featuring an ingenious vapor chamber thermal design, the card runs cooler and quieter than the previous generation while you rip through the latest titles like Call of Duty: Black Ops. As you’ve come to expect from a GeForce GTX GPU, the ZOTAC GeForce GTX 570 AMP! Edition packs support for all the premium GTX gaming technologies such as NVIDIA Surround, 3D Vision, PhysX, and SLI. Arm yourself for battle!

Pros: The card runs stable, has ample power and is a great value for high end gamers that don't want to spend the extra cash to increase their Epean.

Cons: The darn thing is HUGE and you can forget sticking it into anything less then a full size tower...even there you may have to jumble around where your HDs are in some cases to make room.

Overall Review: The brand name has a lot of credibility in my book.

Pros: Extremmly Fast! Runs at about 65 degrees when gaming. Won't need to buy a card for a long time!

Cons: Had a hard time fitting it in my encloursure because its so big XD

Overall Review: Went from a NVIDIA GT 220 and am loving the difference. On Aion my frame rates went from averaging 20-25 fps with 60 peak to averaging 90-100 fps with 200 peak. /drool. I love this card, definately recommend!

Pros: I'm pretty sure its an excellent card.

Cons: Not really a con but I spoke with a customer service agent and they said. "These cards are the exact same as the stock cards and not binned. They are just factory overclocked."

Overall Review: EVGA cards are also not binned either.

Pros: I just wanted people to know that if these are anything like the zotac gtx 580 AMP! edition cards then these are extremely binned. Humongous overclocking headroom on them if you're not afraid of overvolting, which you should not be as long as you do not go to high. I'm talking enormous compared to the 10- 50mhz bumps you see on most oc cards. I gained a 124mhz overclock on the core of 2x 580 AMP! Memory was also very overclockable with no voltage bump whatsoever.

Cons: 500 series cards have limiters on them. They can be disabled. Lesser memory bandwidth and size so some games may not perform all that flawless at 2560x1600 with all the bells and whistles turned on.

Overall Review: These are AMP! gtx 570 cards and not 580. To me that means less power usage and heat, which means much more overclockability. And for cards that are this binned these things can reach stock 580 performance easily at 1920x1080. For this price? Get two!