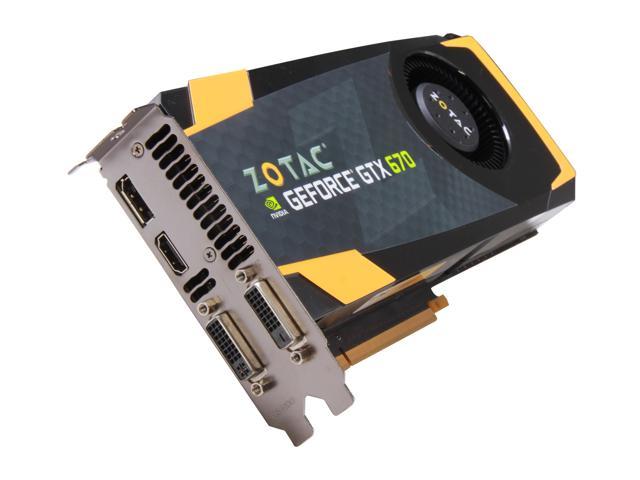 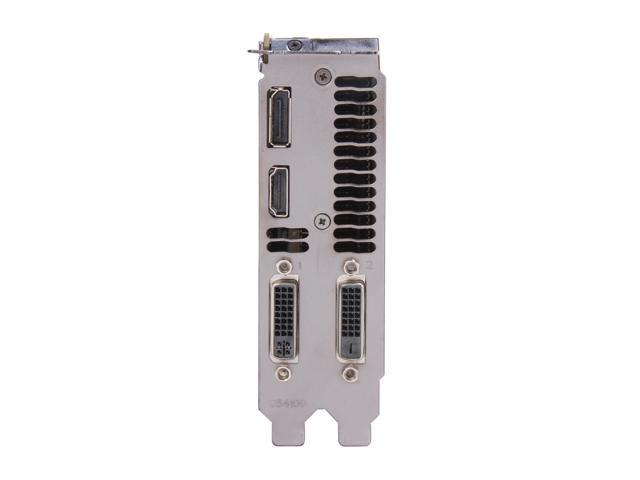 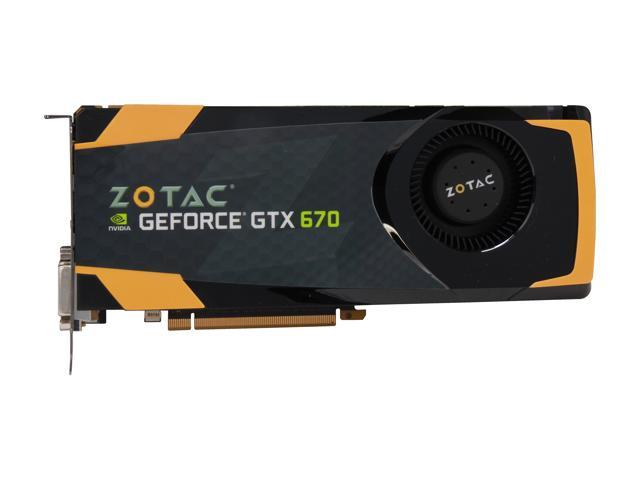 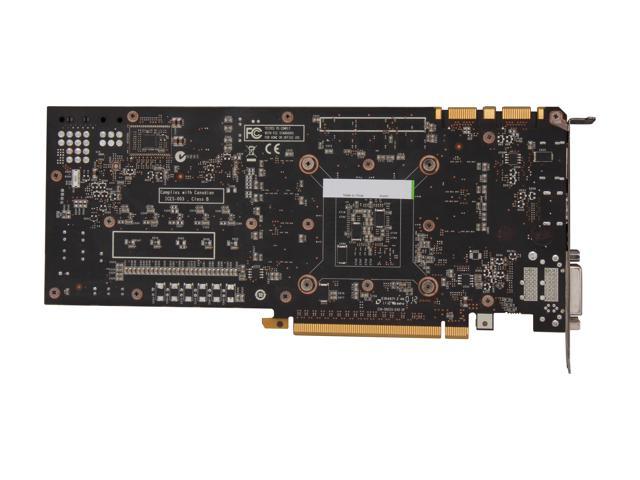 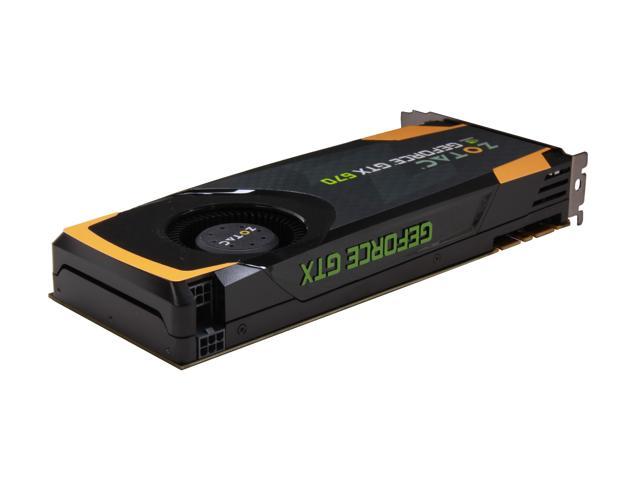 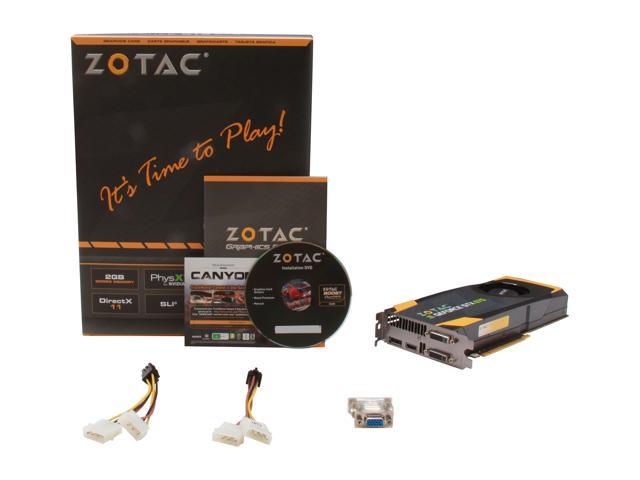 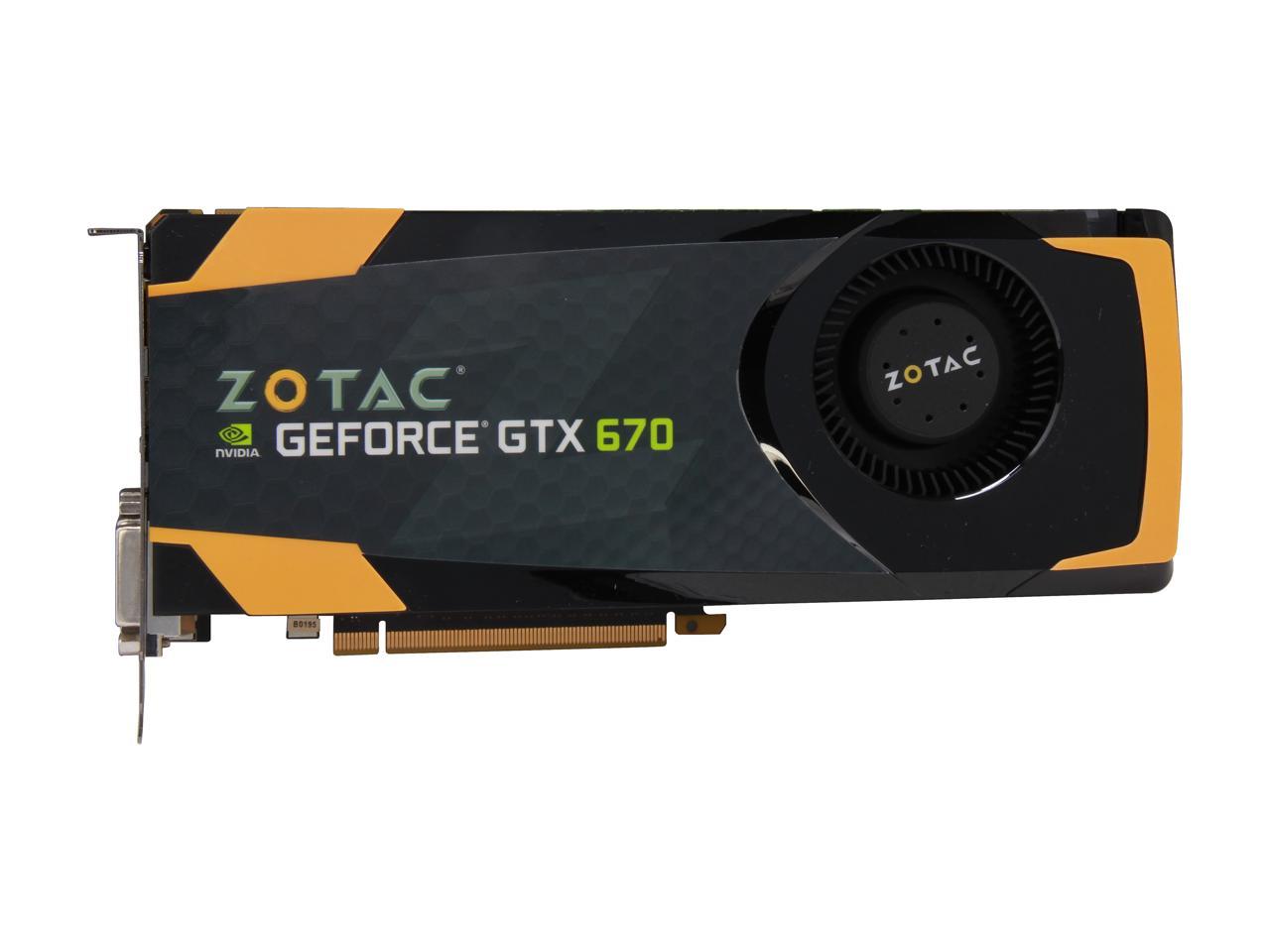 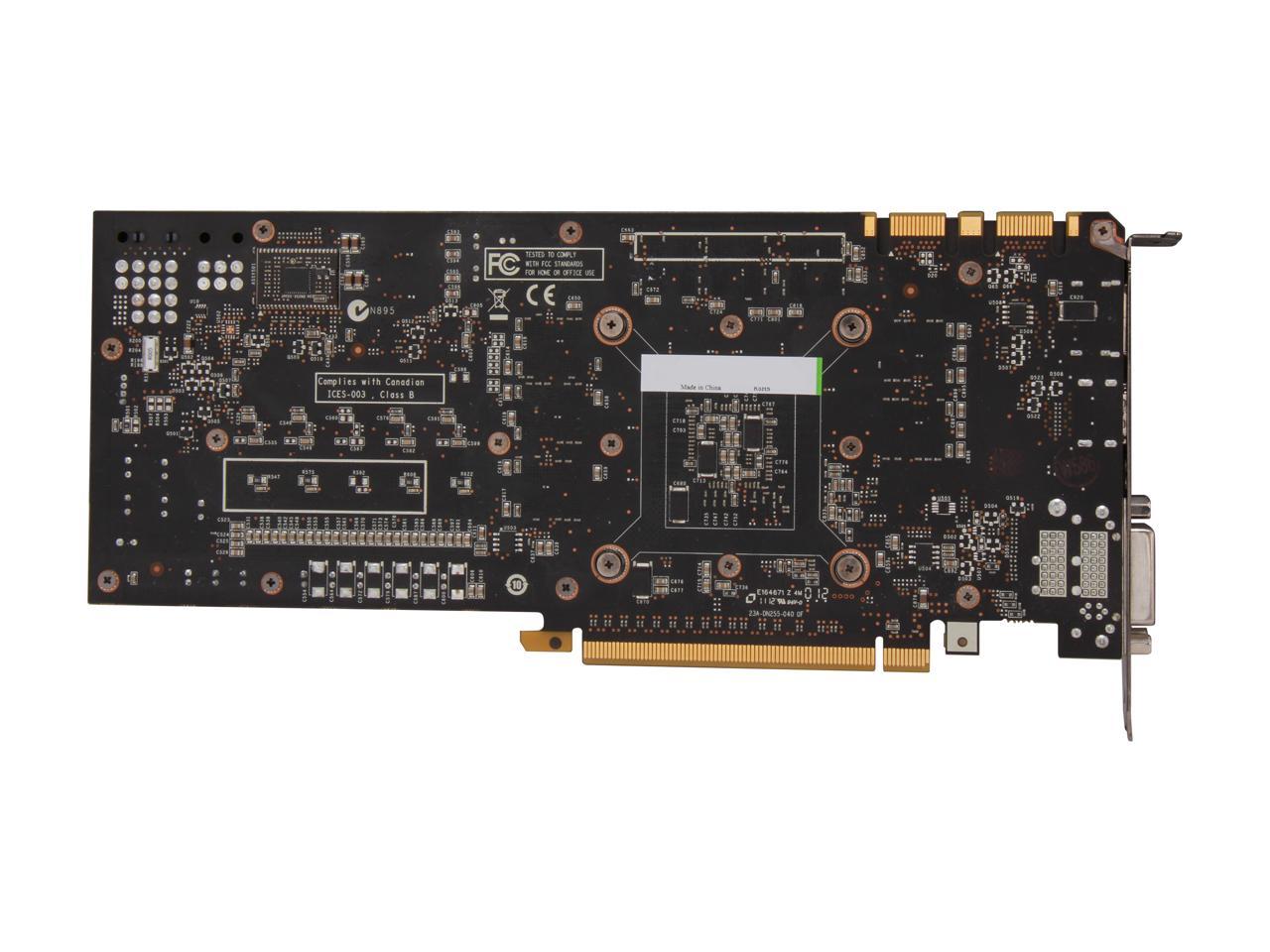 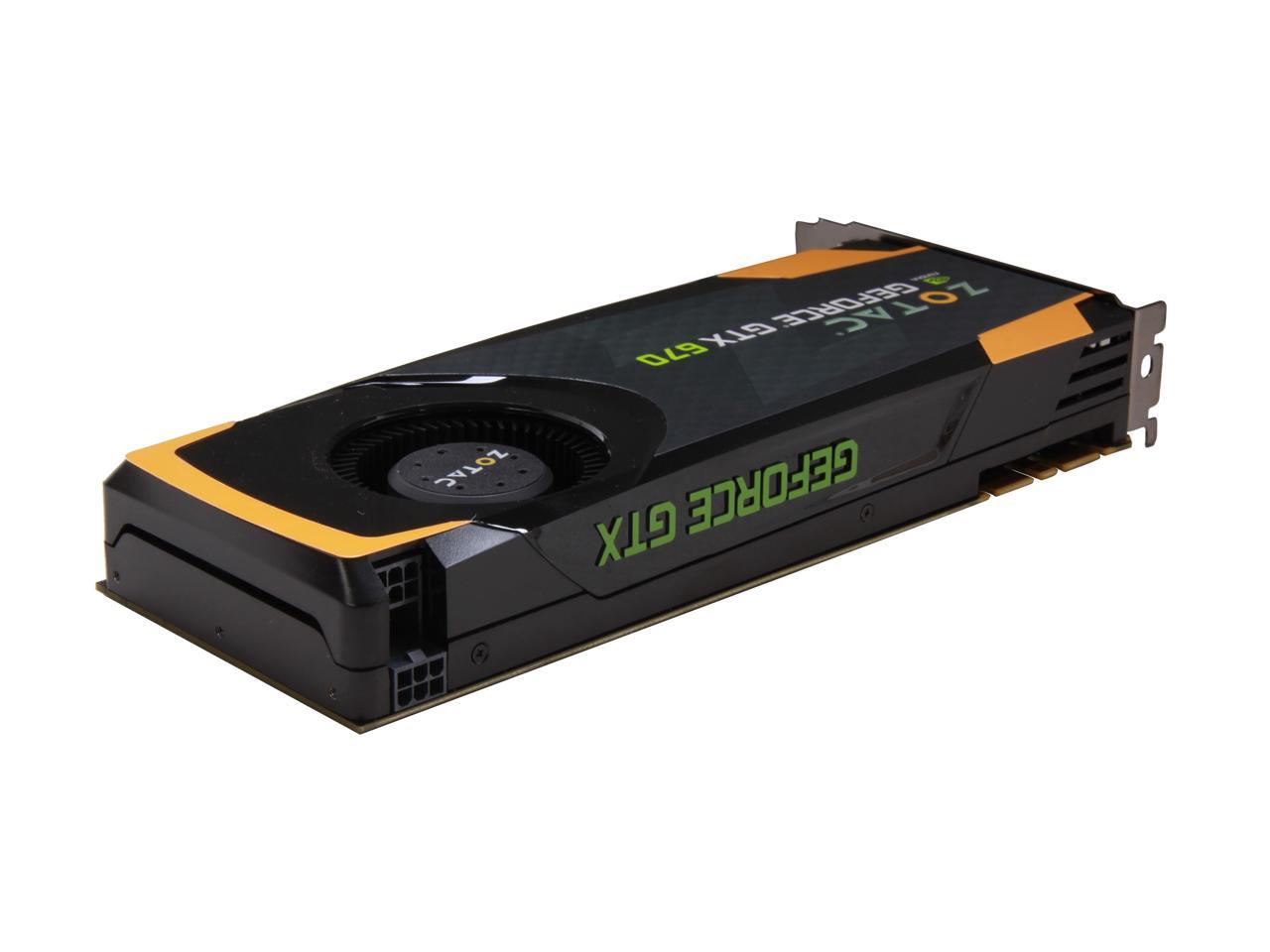 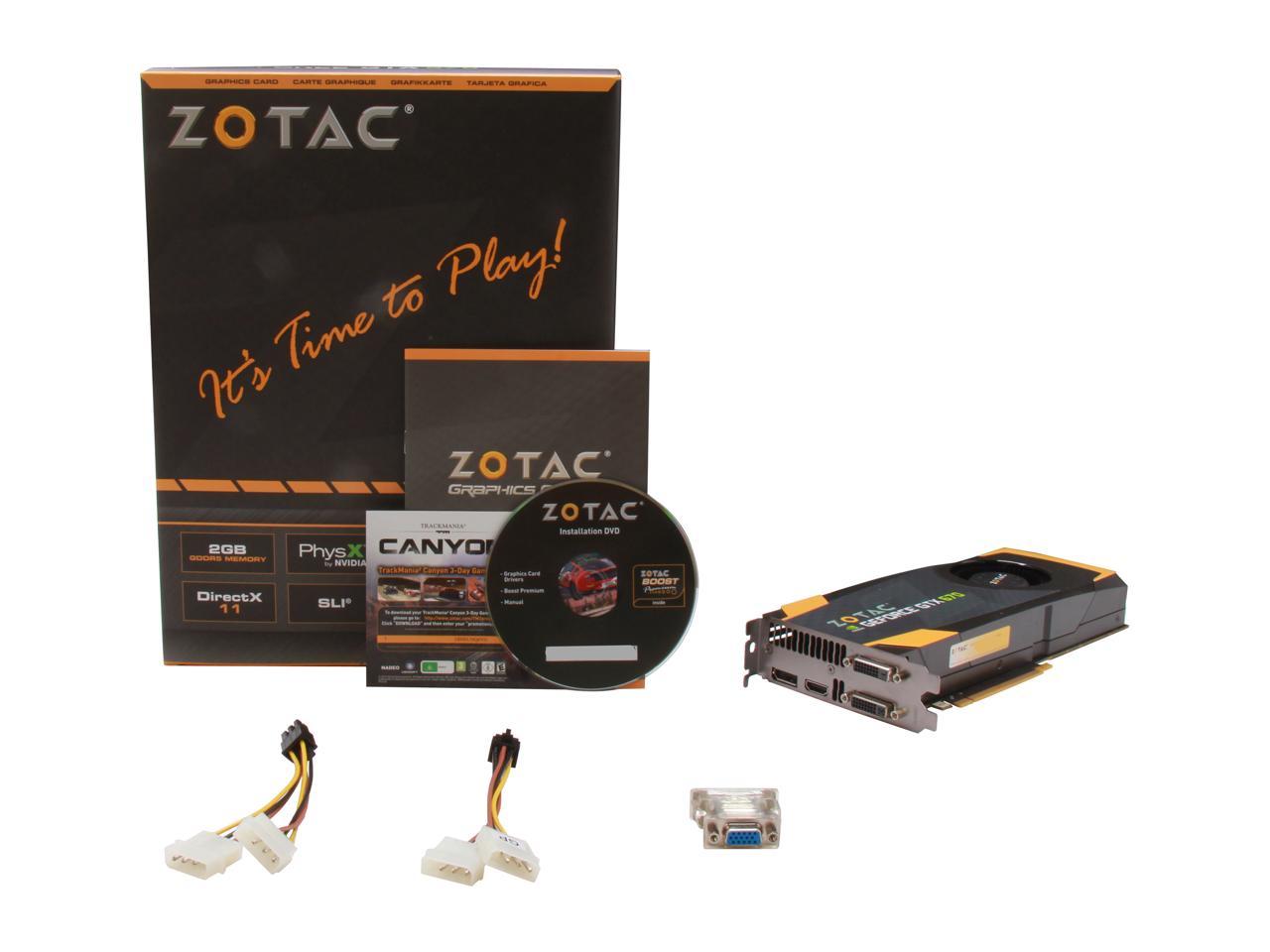 Transform your gaming experience with the ZOTAC GeForce GTX 670 powered by the latest generation NVIDIA GeForce architecture that breathes new life into PC gaming with smoother frame rates and lifelike visuals. The ZOTAC GeForce GTX 670 with new NVIDIA GPU Boost technology dynamically maximizes clock speeds on the fly for that extra performance edge in gaming scenarios when there is energy headroom available.

Pros: Pretty Good cards. I Bought 2 of these for my SLI setup. I have to say Im pretty impressed. I played everything maxed out with no problems. Ive never really heard of ZOTAC, Ive always used EVGA but I gave them a shot and so far I am very satisfied. I dont have them overclocked, just running stock, Dont really have a need to yet.

Overall Review: I wish video card manufactures would include a SLI bridge. To the guy that gave these a 1 egg out of 5, I have owned a EVGA grx 670 and with auto fan enabled on the card these will get up to 85c thats nothing bad with the reference cooler, these have gone that high as well. If you crank the fan speed up they stay around 60c, I use evga precision for mine at 60% fan speed and have yet to see them reach past 65c. RIG MSI Z77A-G45 Gaming Mobo i5 3570K OC'D 4.2Ghz 8gb Corsair Vengenace DDR3 1600 2 Zotac Gtx 670s In SLI Seasonic 750W 80 Plus Bronze PSU Corsair Force Series 360GB SSD Dell 23" IPS LED 1080P Razor BlackWidow Keyboard Razor Deathadder 2013 Edition AudioFx PRO 5.1 Usb headset

Cons: none so far yet

Pros: Great cards from Zotac. I have used two 670 4GB cards in SLI for surround gaming and now this one in a single card set up and all three cards are great.

Cons: Big I suppose but all are these days. No problems with temps.

Pros: Runs pretty much everything I have tossed at it at very playable framerates at generally the highest settings at 1080p. Install was a breeze, the card was much smaller than many of the older beasts I've used. It's also very quiet, many of the reviews on other cards mention a high pitched whine when the fans get cranking which for me is a dealbreaker, fortunately I have yet to notice anything of that nature. If I do start to hear a whine I will update the review but so far its been nice and silent(for the most part) and a huge boost from my old 560ti, I am very satisfied with it.

Cons: None so far, haven't had very many crashes either on nvidia's newest driver set.

Overall Review: I bought this card after a great deal of comparison shopping, I contemplated purchasing a 4 gig version but since I use a 1080p monitor I figured that by the time 4 gigs of video ram is a necessity than I would probably need a better gpu as well.

Pros: Card can handle anything you throw at it, I have run it at max setting and its flawless in all games tried so far. Just be sure you have a high enough watt power supply to support the card or you will get crash/reboots

Cons: No real cons to speak of

Overall Review: After spending $740 plus tax for two of these cards I think I am about to cry. These cards level out at 85 degrees Celsius for games like Diablo 3, Starcraft 2, and Counter-Strike Global Offense. It doesn't matter if video settings are maxed out or if settings are put on low, it still burns at 85. I'm scared to even try graphic intense games such as Metro or Battlefield 4. Furmark burn in test leveled out at 87 degrees after 5 mins. Running at these temps I doubt these cards will last. I contacted Zotac with this problem and they replied with a simple "The temperature level for 85 degree is within acceptable standard, because your using SLI bridge both cards will run hot." After spending so much money and taking days to read every review I could find, I am severely disappointed. specs: monitor - Dell U2711 2560x1440 16:9 mobo - MSI Z77 Mpower cpu - Intel i7 3770k ram - MSI Z77 4x4gb DDR3 1600 storage - Samsung 840 Pro 256gb psu - Corsair AX750