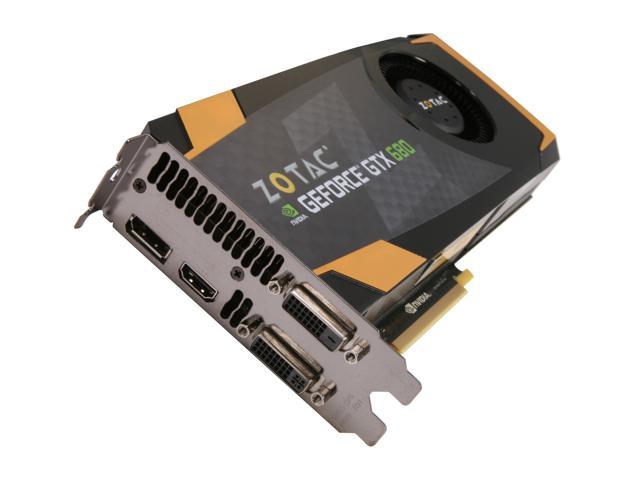 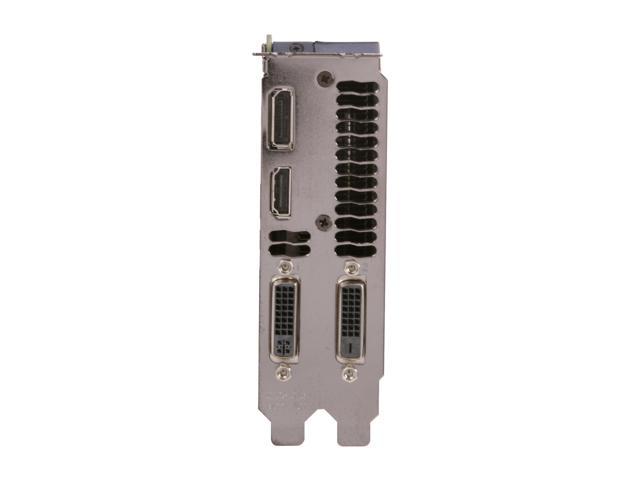 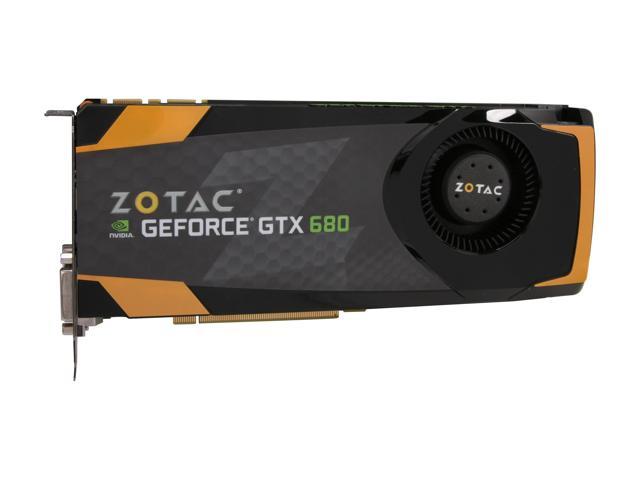 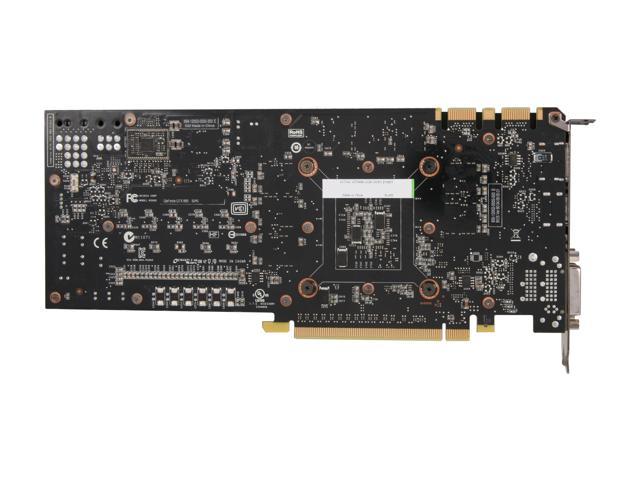 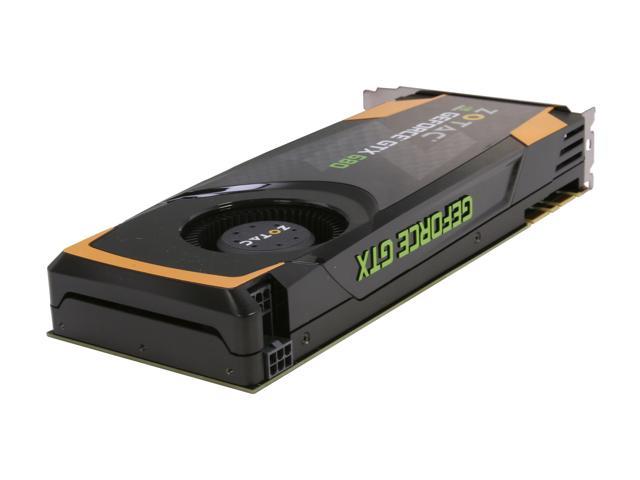 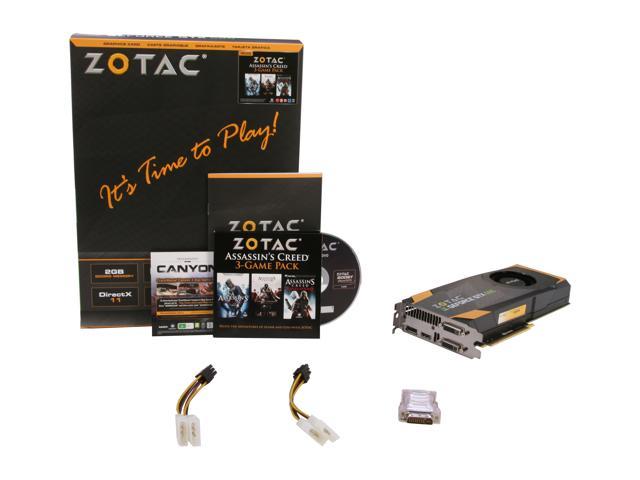 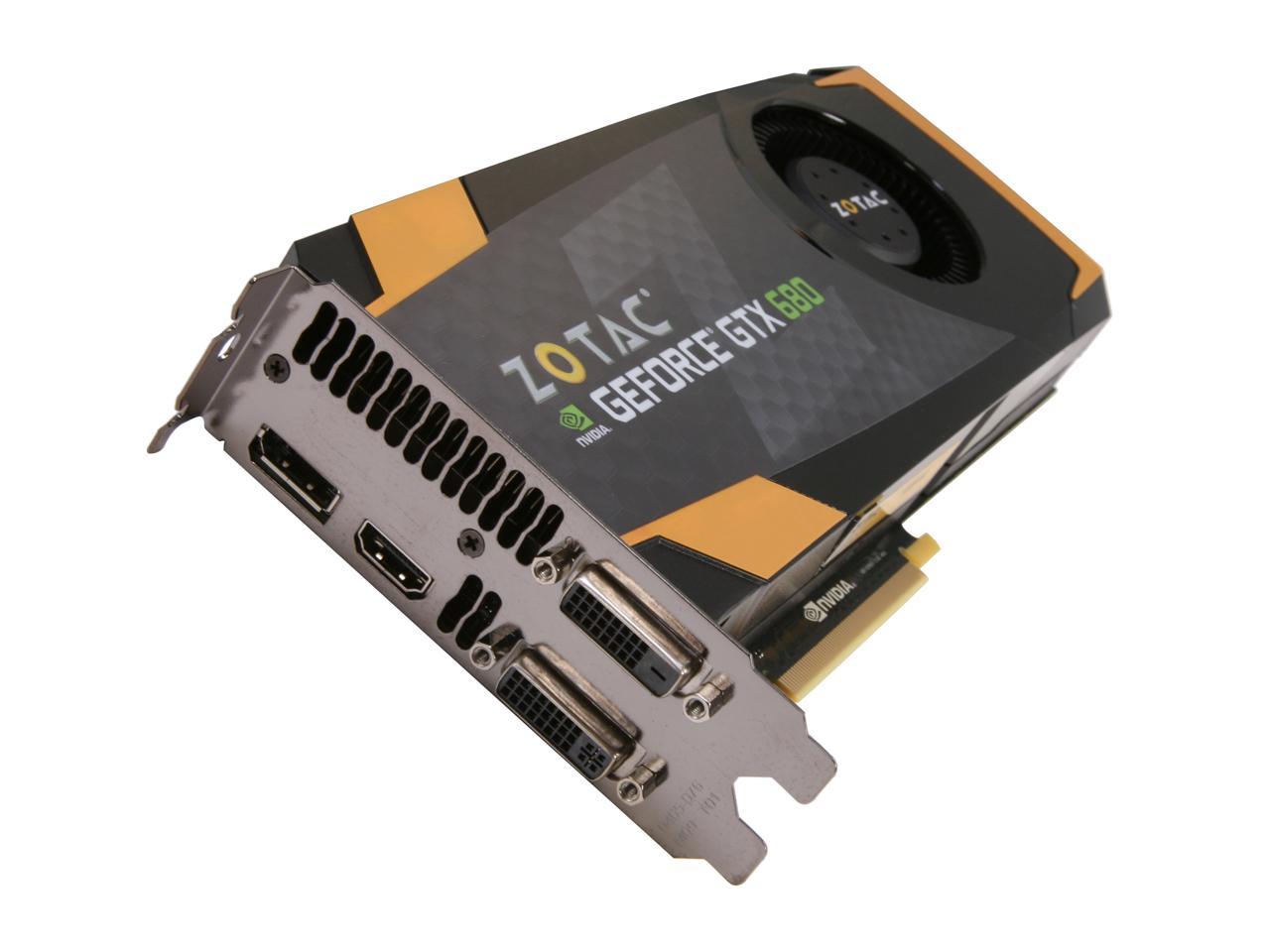 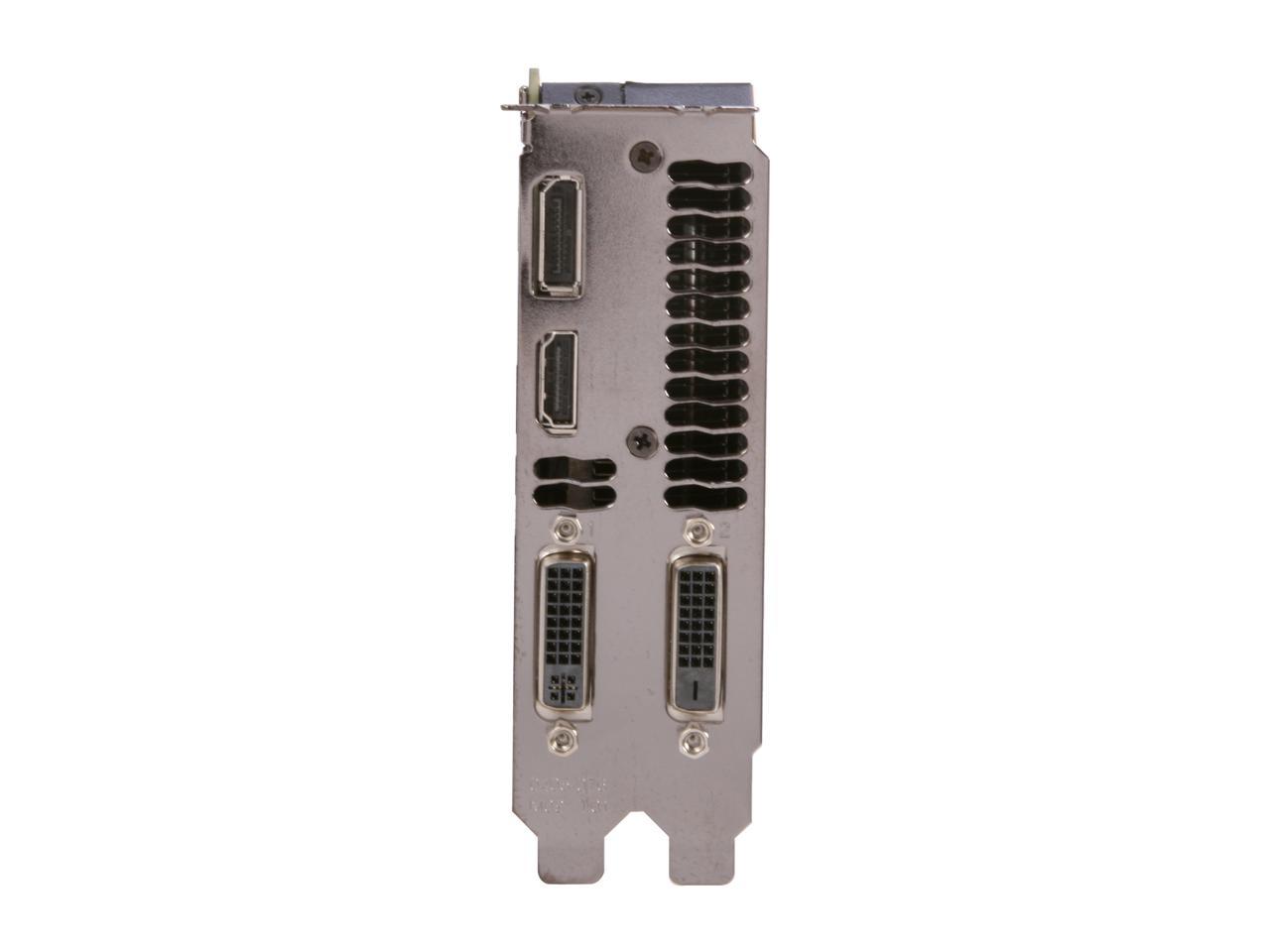 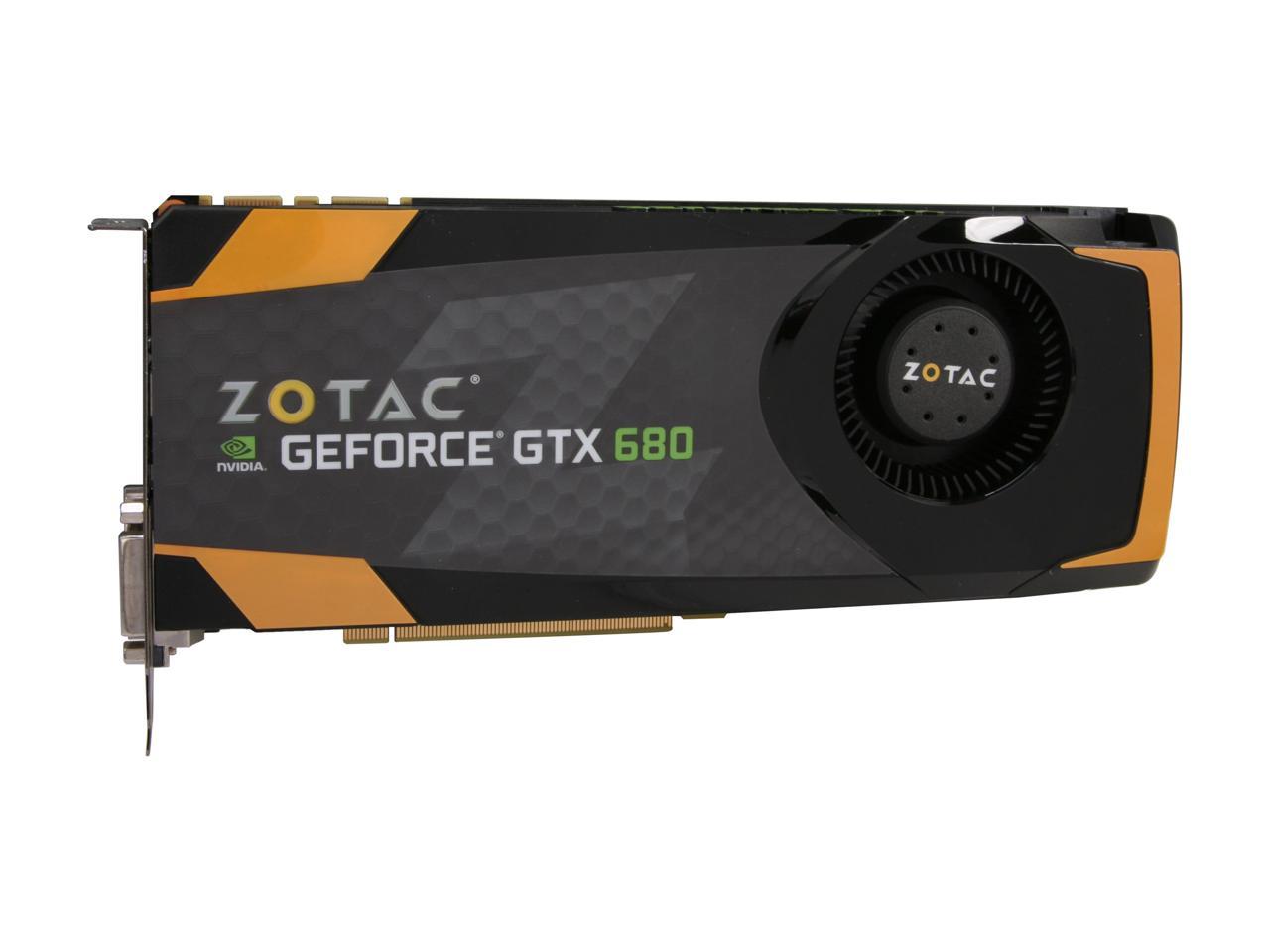 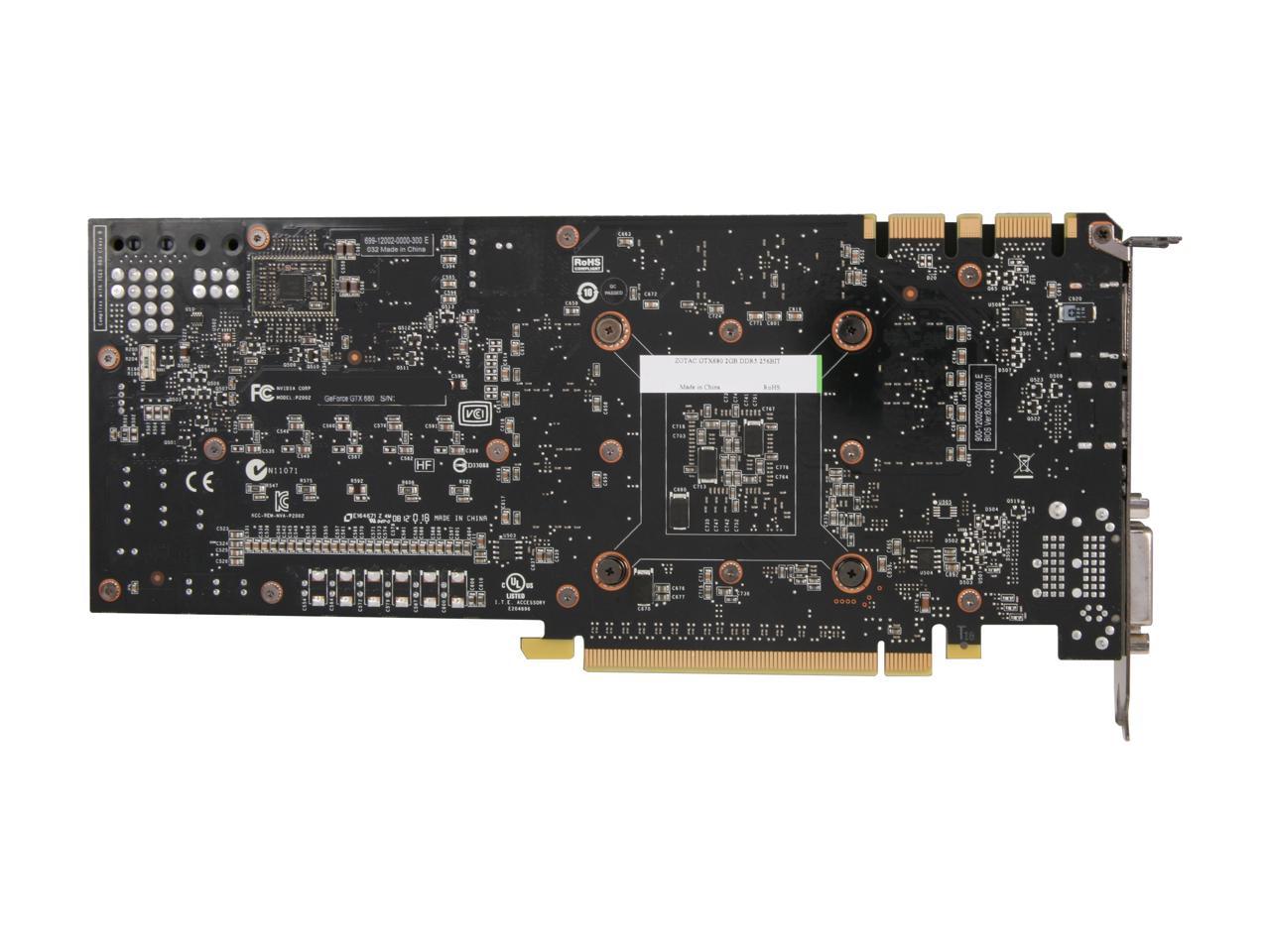 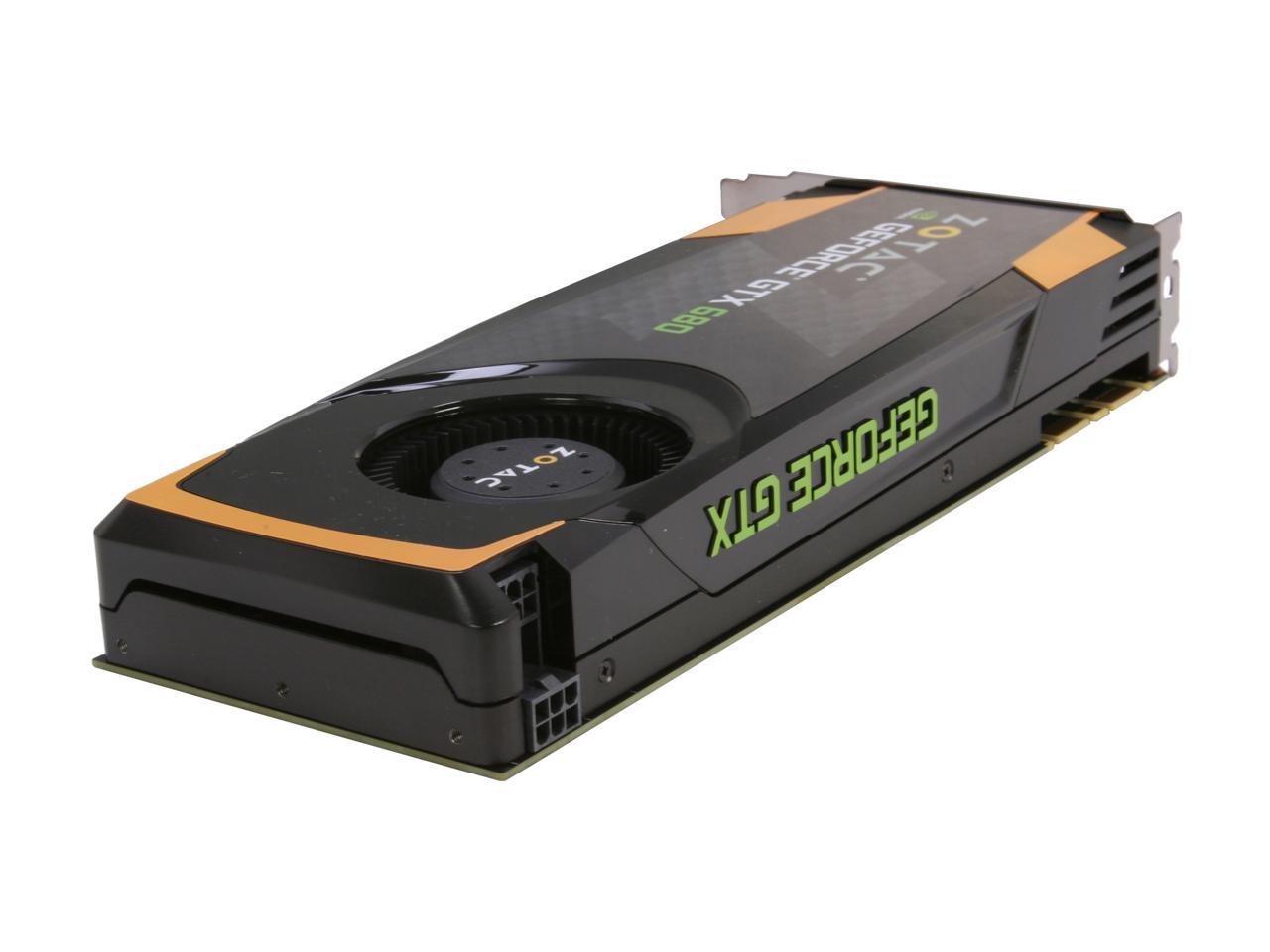 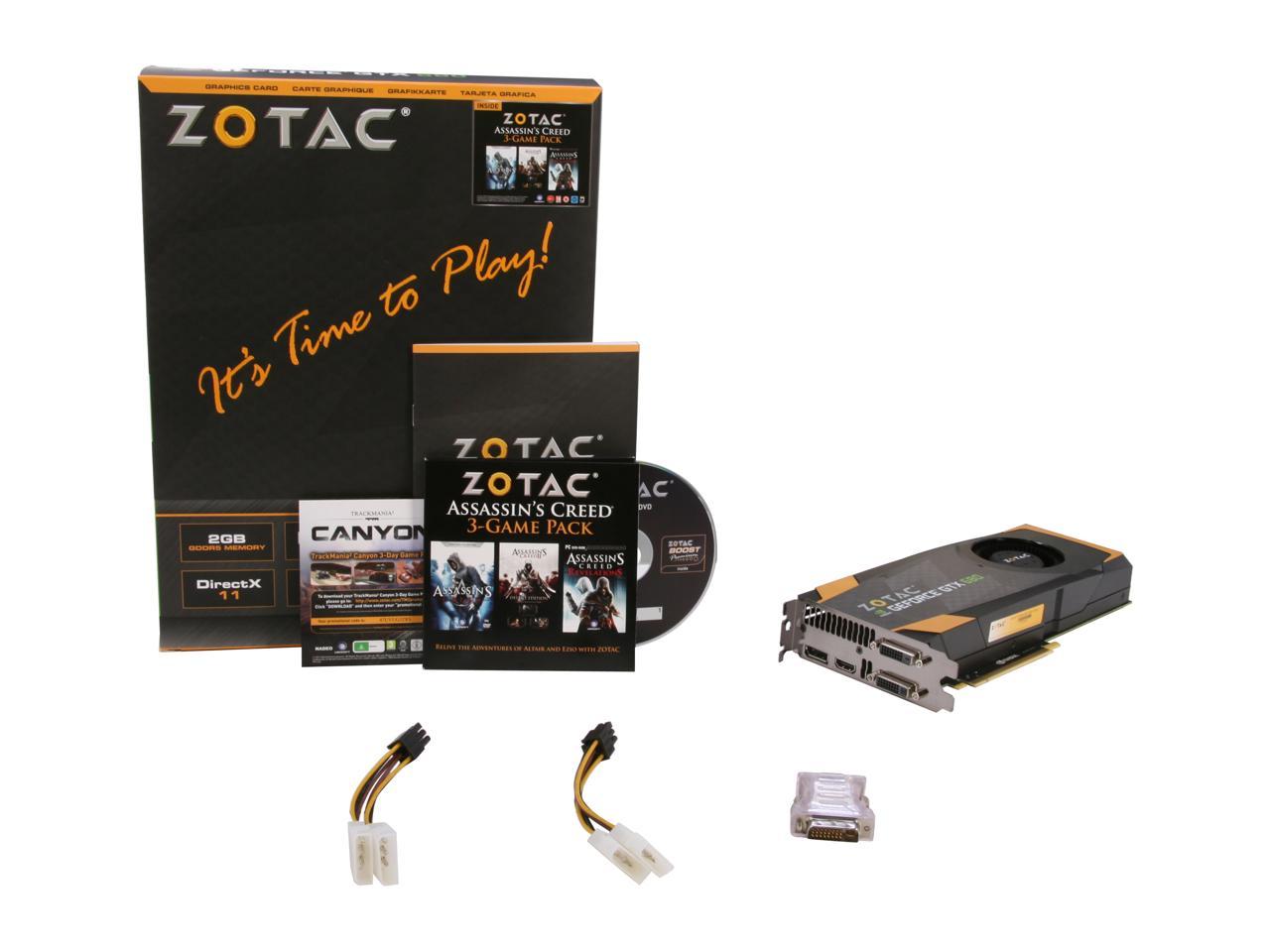 
Transform your games with reality-redefining gaming power with the ZOTAC GeForce GTX 680, which delivers a new level of realism and environmental interaction in the hottest HD title. Powered by the industry-leading 28nm Kepler architecture, the GeForce GTX 680 packs powerful NVIDIA SMX shaders and abundant amounts of memory that deliver a performance punch in the latest 3D games and applications. NVIDIA GPU boost technology raises the performance bar by maximizing clock speeds on the fly for maximum graphics power in every gaming scenario. A full array of NVIDIA GTX technology, such as NVIDIA Adaptive Vertical Sync, NVIDIA Surround and TXAA AntiAliasing, revolutionizes your gaming with smooth and true-to-life visuals like you have never experienced before.

Pros: Great card. It's the reference design so you'll get the same thing you'll get with all the other GTX 680 cards, except this is the only one to come with 3 free games (Assassin's Creed, Assassin's Creed 2, Assassin's Creed Revelations) which makes it the winning choice for me. Have bought many Zotac graphics cards for my workplace and they have all performed and hold up exceptionally well (we mount them on a centrifuge and spin them in a 9 G environment).

Pros: super fast, super quiet, and it does use less power than the 7970 and is $50 cheaper!! very happy with this purchase. I found out when I opened the package that the FIRST THREE ASSASSINS CREED GAMES ARE INSIDE!! uber stoked about that. the drivers are very mature and make things easy on me.

Cons: none whatsoever. the only con I can think of is that I am using an am3+ board so it might not get every drop of framerate out of it? not a biggie since this blows away everything anyways!

Overall Review: very impressed with nvidia. this is my first nvidia card, and im upgrading from 5870s in xfire which i thought was impressive. sorry but this card beats out those two. I kept my board mobo and ram all the same just switched out his card. specs: phenom II thuban 1090T 3.2 ghz 8gb ddr3 1600 gskill this card (formerly xfire 5870's) plextor 128 gb ssd (get this ssd if you don't have one already!) 950 coolmax psu great times ahead!

Pros: 680 SLI - The cards stay cool, quiet, and bored. I had two user-overclocked Zotac 560 TI's in SLI before upgrading to this Zotac 680. I followed shortly thereafter with a purchase of another 680 (EVGA brand) to SLI the 680's. BTW, I have had no issues with any Zotac card I've purchased. Granted, although running at 1080P resolution, the 680 in SLI is such a powerful graphical setup now that no game ever retains a full boost clock - some games never. The cards will automatically under-clock themselves much of the time, and this is in running the highest possible graphic settings on every game/application. Even overclocked to stable, the 680's stay quiet and cool, especially with a custom fan-profile setup which adjusts the graphics-cards RPM fan speed more efficiently than the default settings. (The cards never get over the 70C threshold, in which case the cards are designed to under-clock boost slightly. I do have a 120mm side case fan blowing on the cards, however).

Cons: 2 GB memory when a 4 GB version is coming out? Although, unless you run in ridiculously high monitor resolutions, 2 GB is really enough. Difficult to find a 680 in stock. I paid a little more the second 680 because the cards are immediately purchased as soon as they become in stock everywhere, especially Newegg.

Overall Review: Having gone from 560 TI's in SLI to 680's in SLI, and after running several games (Witcher 2 w/ubersampling, Batman Arkham City, Crysis 1&2, Battlefield 3, etc.), applications, graphics-utilities and benchmarks (FurMark, Heaven 3.0, etc.), and looking at some reviews, newsgroups, etc.; it is my opinion that the performance of two (2) 680 cards in SLI is roughly equal to four (4) overclocked 560-TI graphics-cards in SLI (Quad SLI) - assuming Quad SLI scales as well as dual-SLI, which I don't believe it does. But the performance is ridiculous. Some may say a 680 SLI in 1080P, in non-3D, and/or non multi-monitor use is overkill, but I disagree. I wanted 1) a lot of headroom and the ability to play current and future games with maximum settings and resolution without worrying about a performance bump, and 2) I'd rather not upgrade components / VGA cards every few months. There is no need to consider upgrading these graphics-cards for some time.

Cons: Not really a con. Maybe more of a download error, but when I installed the card I went to Zotac's website to download drivers and the drivers I downloaded said I had the "wrong version" even though I clearly had my card & OS selected. I quickly realized that I never download gfx drivers from manufacture websites anyways and went straight to nvidia's website. I downloaded the driver from nvidia's page and everything worked fine. It was the same version as Zotac had but it seemed to work. Just thought I would give a heads up to Zotac on that one. Like I said though not that big of a deal since you can get them off of nvidia's site just as easy.

Overall Review: The guy giving this 1 egg obviously is trolling. Why would a tech tell you to OC a card to try to fix a problem? Obvious trolls are obvious.

Pros: Amazing, have 2 in SLI no micro-studder, runs wisper quiet even under full load. everything maxed via nvidia control panel still pulls mostly 60+ FPS. am just blown away was really worried about micro-studder but turns out to be a no issue.

Cons: NONE so far.

Pros: - Absolutely top end performance. One card beats my old 560ti's. - Overclocks nicely and doesn't get much hotter. - Blower style coolers are my favourite. All heat is exhausted outside of the case. Great for mini builds. - Pulls much less power than a 580. - Doesn't require 8 pin power. 2x6 pins. - Not as long as it looks. There is clearance inside the shroud if you have to put it in a tight space. - Perfect variation of outputs. I use the DVI's only but I have options. - 3 and 4 way SLI - 2GB is absolutely enough VRAM for modern games even at 6080x1080.

Cons: - $500. (feed your children first please). - Finding one is a struggle. This wont be forever but you will likely have to wait for your 680. - Blower coolers can be louder when pushed hard.

Overall Review: I decided I needed to rebuild my computer because I was running into VRAM issues with my i7 870/560ti SLI build because of it's 1GB. I run 3 monitors in Nvidia Surround for gaming (BF3, Skyrim mostly right now) so I knew I needed I lot more power AND a larger frame buffer if I wanted to play BF3 at anything higher than medium and still push 60+. I went with an ASUS Rampage IV Formula and an i7 3820 and decided to start with 1 GTX 680 and add new ones until perfection. I found this Zotac board through a friend who worked at a local retailer. I had it ordered in on launch day and got one of the first cards that ever came through them. I have 2 now, the second being an EVGA, and they are BEYOND what I expected. Before I found the second, I was playing at high and getting the same FPS as I was at medium with the 560tiSLI. TWO gives me everything ultra (no msaa) at average 70 FPS. Overclock this card also. I got a ton of performance just by letting it get loud.

Pros: I upgraded from SLI 9800GT's and I was stunned at the difference. Totally worth the money! The improvement was drastic for me, might not be like that for other ppl. -It came with 3 Assassin's Creed games

Pros: First reference style cooler and I'm likin' it. Much quieter than I expected, and exhausting air out the back of the case is a huge plus. It has a solid feel to it that a card this price should have, and looks cool as well.

Cons: The GEFORCE GTX logo on the side doesn't glow.

Overall Review: As far as I know, all of the reference cards are the same across different manufacturers. So I figured I would save a few bucks and go with Zotac. So far I'm not disappointed.