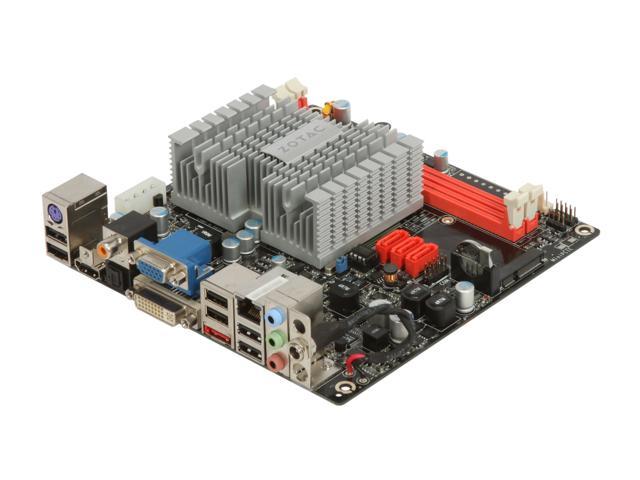 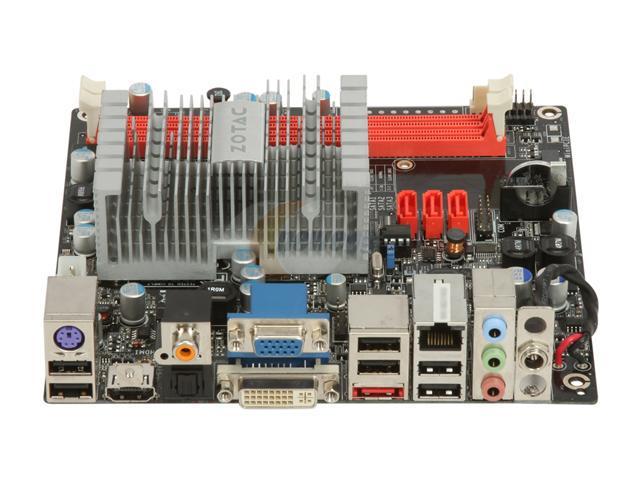 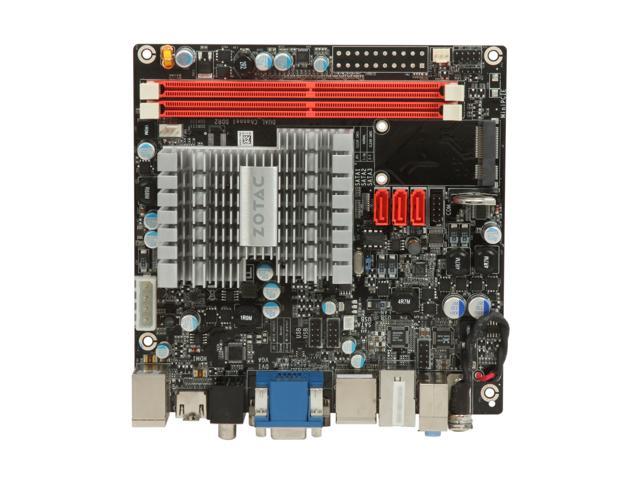 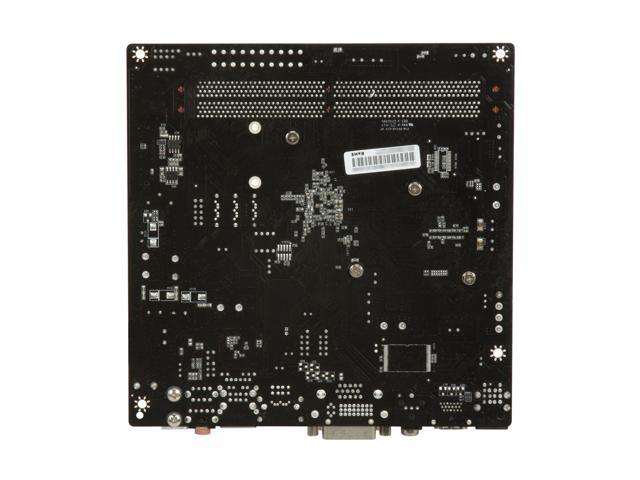 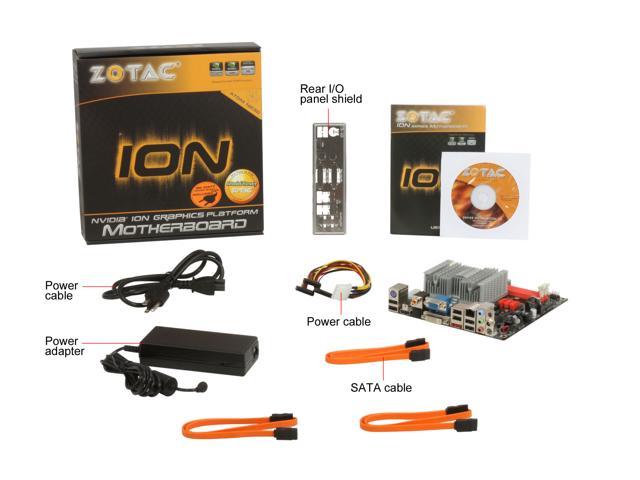 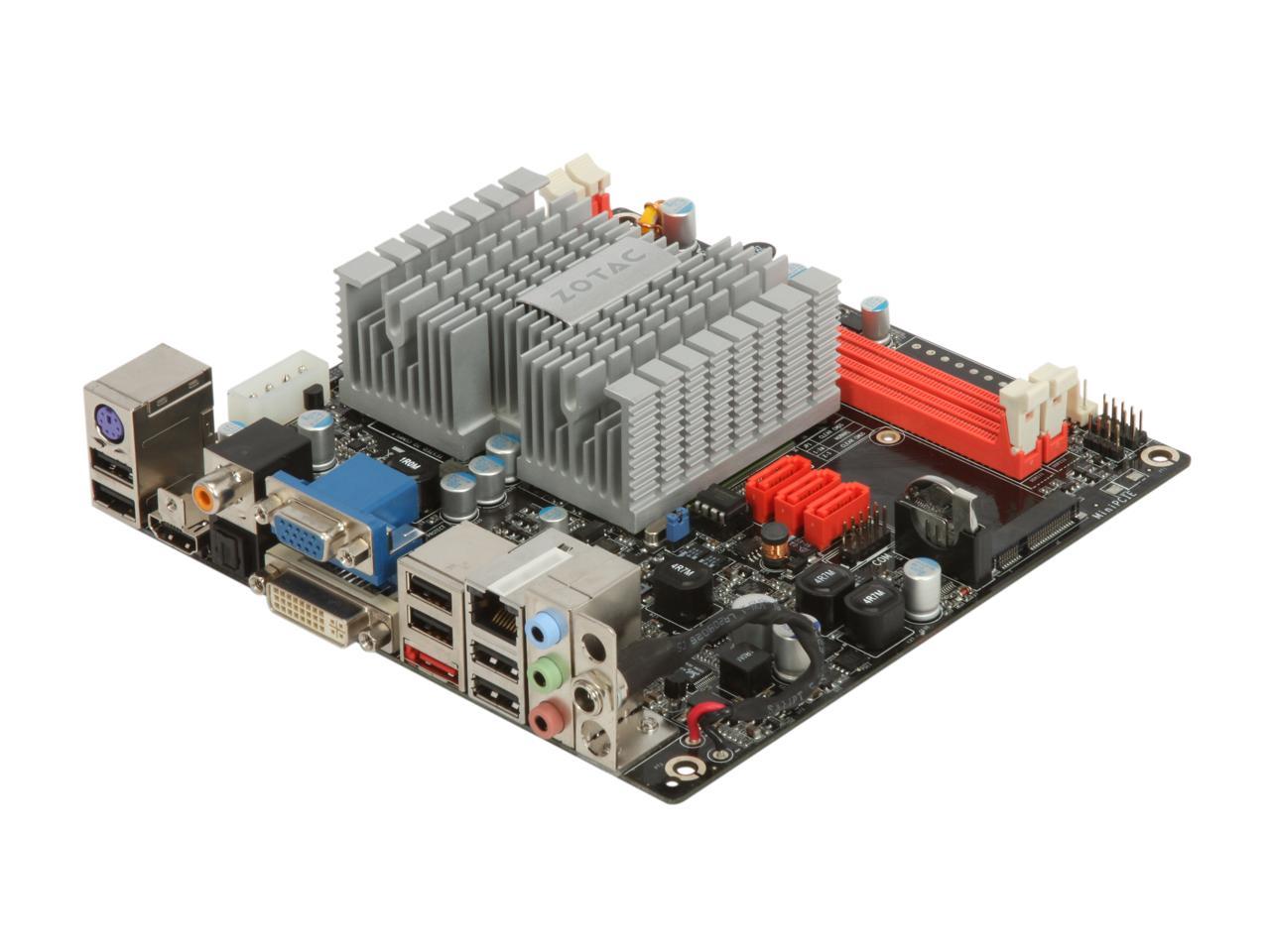 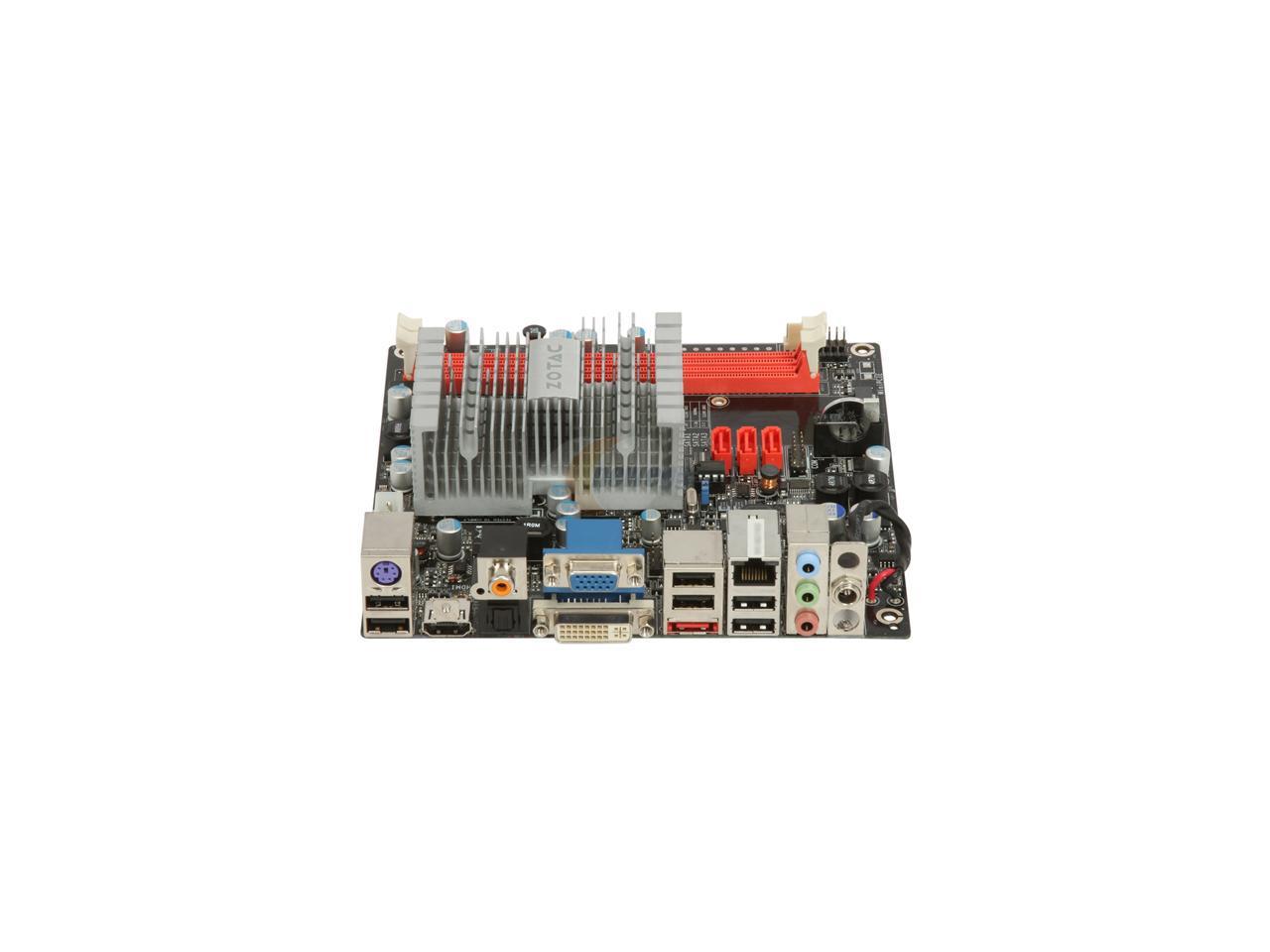 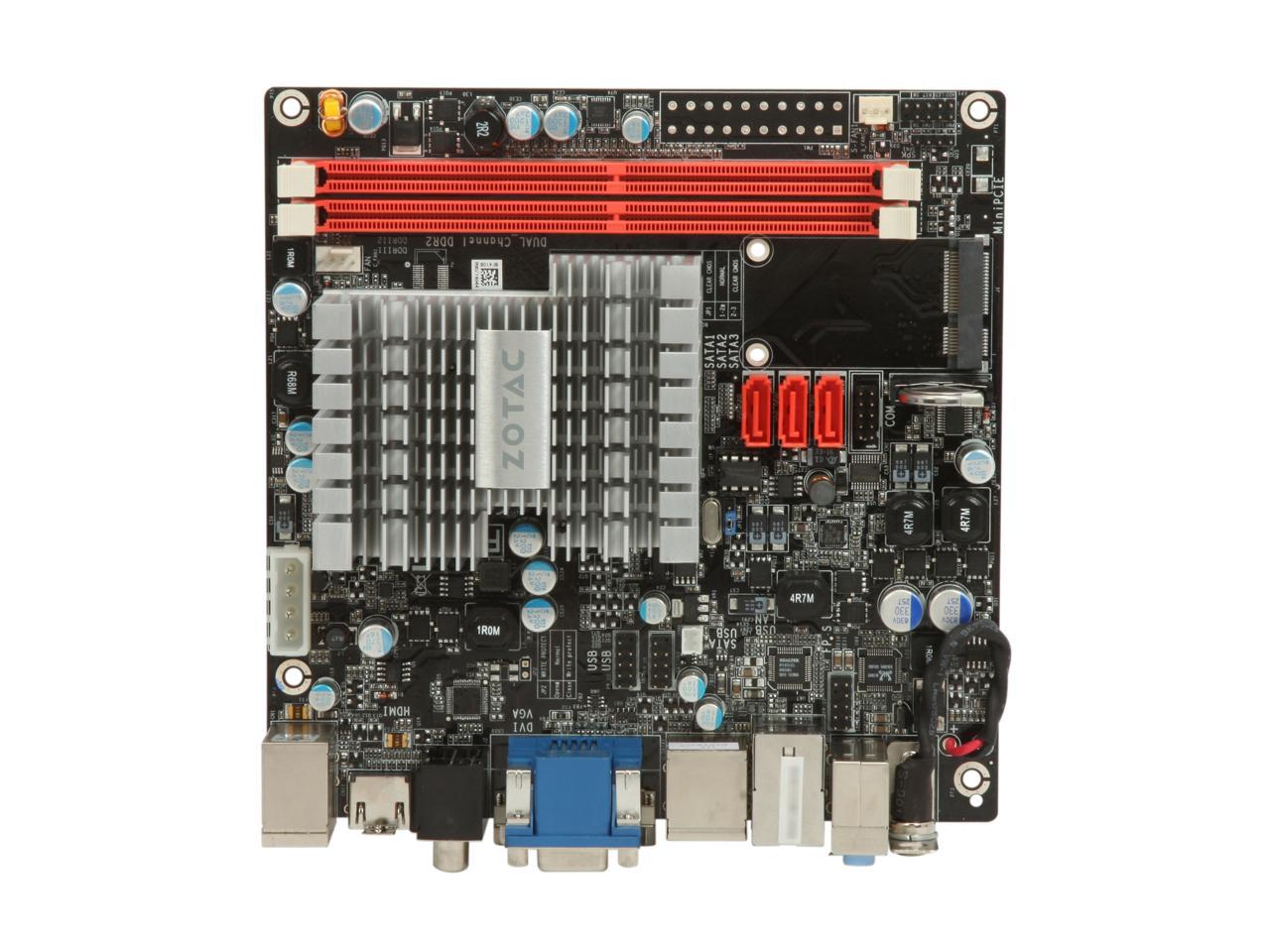 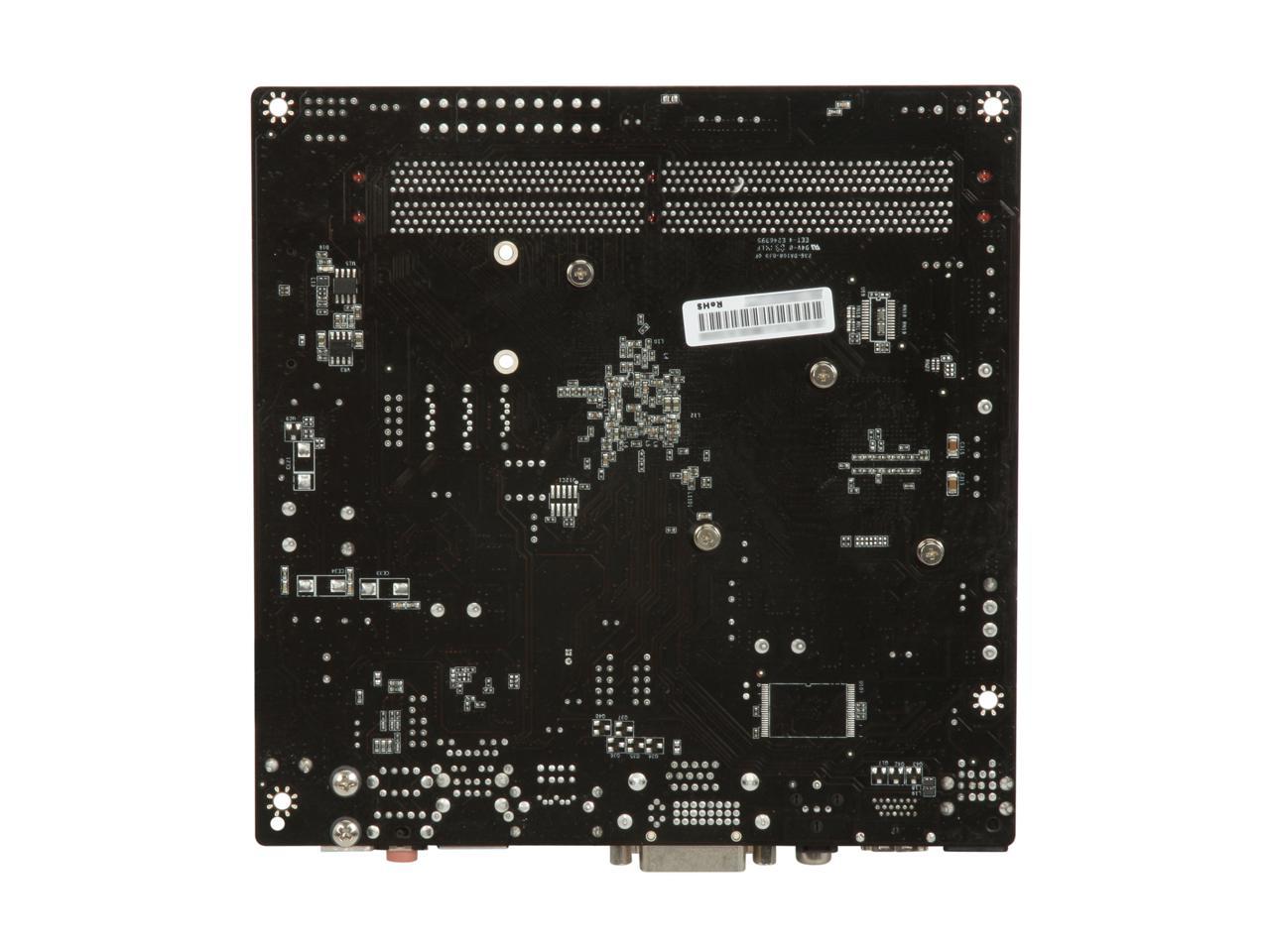 Learn more about the ZOTAC IONITX-C-U

Pros: With the external PSU and fanless system this is pure silent and I have it run 24/7 in my living room as my XBMC media box. its power consumption is fairly low. Being Mini-ITX makes this a perfect board for my HTPC.

Cons: Not really a board itself con but if you are getting this for a Windows Frontend HTPC make sure that whatever app you are will use the GPU to decode the video cause if not you are not using the board for what it is made to do.

Overall Review: This board is perfect for a home theater solution setup. I can toss whatever media I want at it and it goes without a single hiccup. I run XBMCLive 9.04.1 VIA HDMI out and it eats 1080p movies for breakfast.

Pros: External Power Supply, Fanless. This thing is PERFECT for HTPC. I'm running Ubuntu with XBMC. It can play a 1080p video file via HDMI while only using 6 percent of the CPU! Amazing. First experience with Zotac and I'm very impressed with the quality of this little board.

Pros: Of course size is a big factor but I was pleased at how well it performs. I am running Windows 7 with Aero and it does well for Word and light Excel. Great for web browsing and all but the heaviest of Flash. Not to mention it plays 1080p H.264 HD video without dropping a frame.

Cons: Plugging in a VGA connector causes a somewhat alarming amount of flex.

Overall Review: While fanless, it does generate enough tempature to be a concern inside a case. On a positive note, even the slightest of breezes is enough to keep it running cool. I placed a slim 120mm fan running at 7v and it keeps it near room tempature.

Overall Review: Set this up with 2GB RAM and PXE-booting from my MythTV backend server using Fedora 11 and MythTV 0.21-fixes from AtRPMS. Works very well.

Pros: Great footprint. Runs cool. Plays HD resolution MPEG2 video just fine without graphics acceleration. The Atom CPU is quicker that you might think it is.

Cons: Wish it had an svideo TV output.

Pros: - Small form factor, has everything in a small motherboard worked great with the GIGABYTE GZ-SPIM51-P0B case to setup a new HTPC for my parents, taking up the same room in the cabinet as the old tv and the directv box underneath it. - It works for most everything that my parents use right now (netflix, itunes radio, etc) - Hooked up to all the tvs in the house via coaxial with an rf modulator and a dsub-video output converter thingy, and split the audio three ways for the monitor, speaker system, and the tvs over coaxial without a hitch, though we need new tvs cause i have a nice 21" 1920x1080 monitor with 1024x768 resolution cause the tvs didnt accept widescreen (needed cloned desktops, not extended) , ideally everything would be setup at 1280x720 at the very least. - Easy overclock to 2 ghz, which helps, everyone should do it.

Cons: - Can be difficult to setup properly, you really need up to date everything, including the flash beta, bios, etc. Hulu struggles a little bit, but hopefully once nvidia and adobe release the final version of the new flash, it should work better, purchasing the dual core version probably works much better. - had to purchase a fan for it, I was worried about heat, especially since this house gets kind of hot, and it got way hot during initial setup

Overall Review: - Spend the extra money and get the IONITX-A-U, all the same stuff, but dual core processor, and internal wireless (if you use it) instead of buying a usb stick (essentially pays for the difference). That would have made a decent difference in performance, and thus, was my mistake in buying this, cause even though i swore i double checked everything, i purchased this instead of the other. - I should have installed windows 7, but only had vista on me :( - Currently have XBMC to play music and videos, the interface i quite nice, actually. Some of my downloaded MKV h.264 anime worked without any hitches and subtitles actually played, as opposed to media center, which had issues. - Media center is, however, used for netflix, as it works fairly well with larger text and easy controls. - Itunes for radio, so my parents can listen to classical, alternative, and all sorts of stuff for free. - purchased an RF wireless keyboard & mouse, works anywhere in the house for the tvs in be

Cons: Should come with a cpu fan, it gets a little too hot for me to be comfortable without some air flow on it. Cooling it right now with a case fan that seems to work.

Pros: has worked flawlessly since i've had it. this is the guts to my NES pc. it does everything i need it to do easily. watching hd vids, surfing web, and running emulators. i added some extra usb's so i could have them up front to hook up controllers, or a flash drive.

Cons: i only had one problem, the nvidia driver that came on the install disk for the hdmi port didn't work very good, had video, no sound. the vga and dvi worked flawlessly. problem was solved with the latest ion driver from nvidia.com. so it was only a small con that didn't last long.