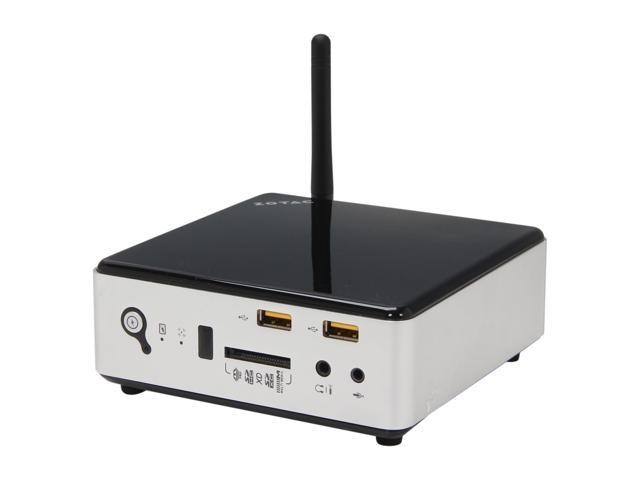 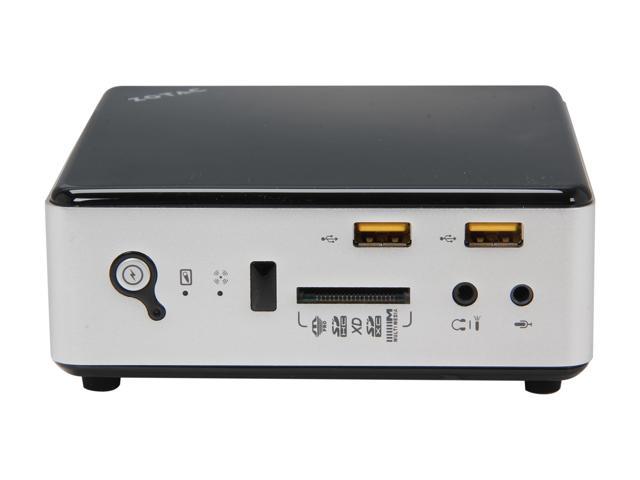 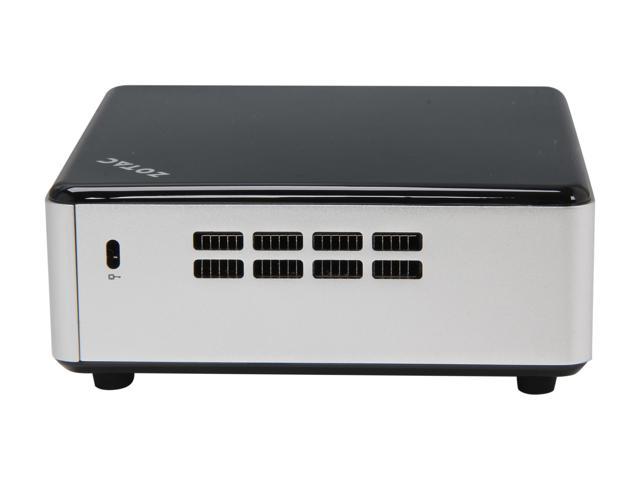 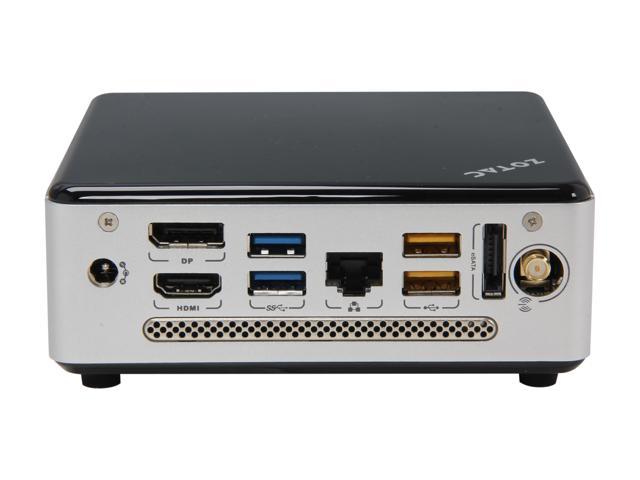 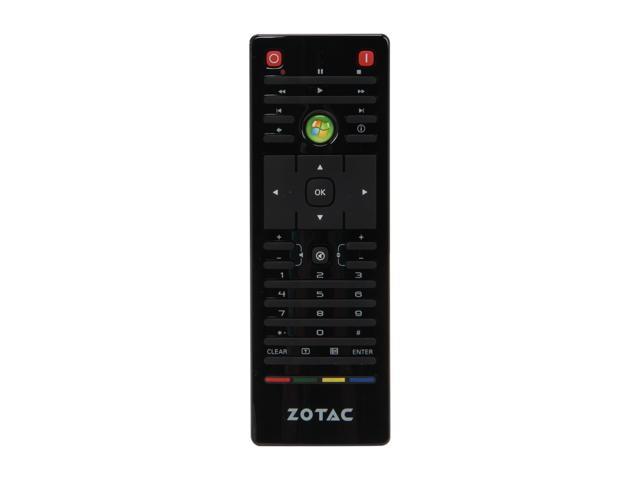 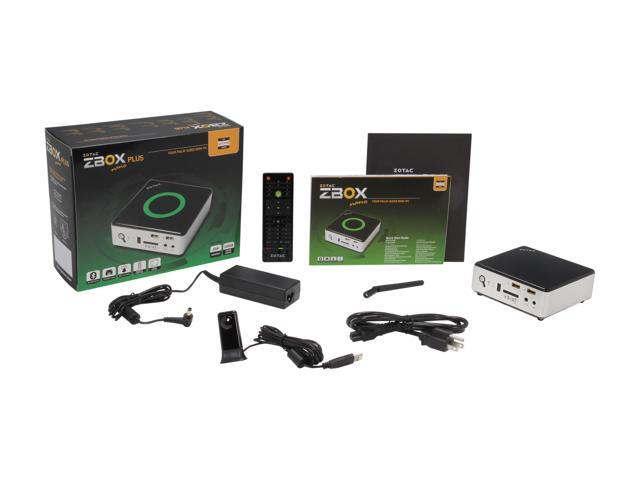 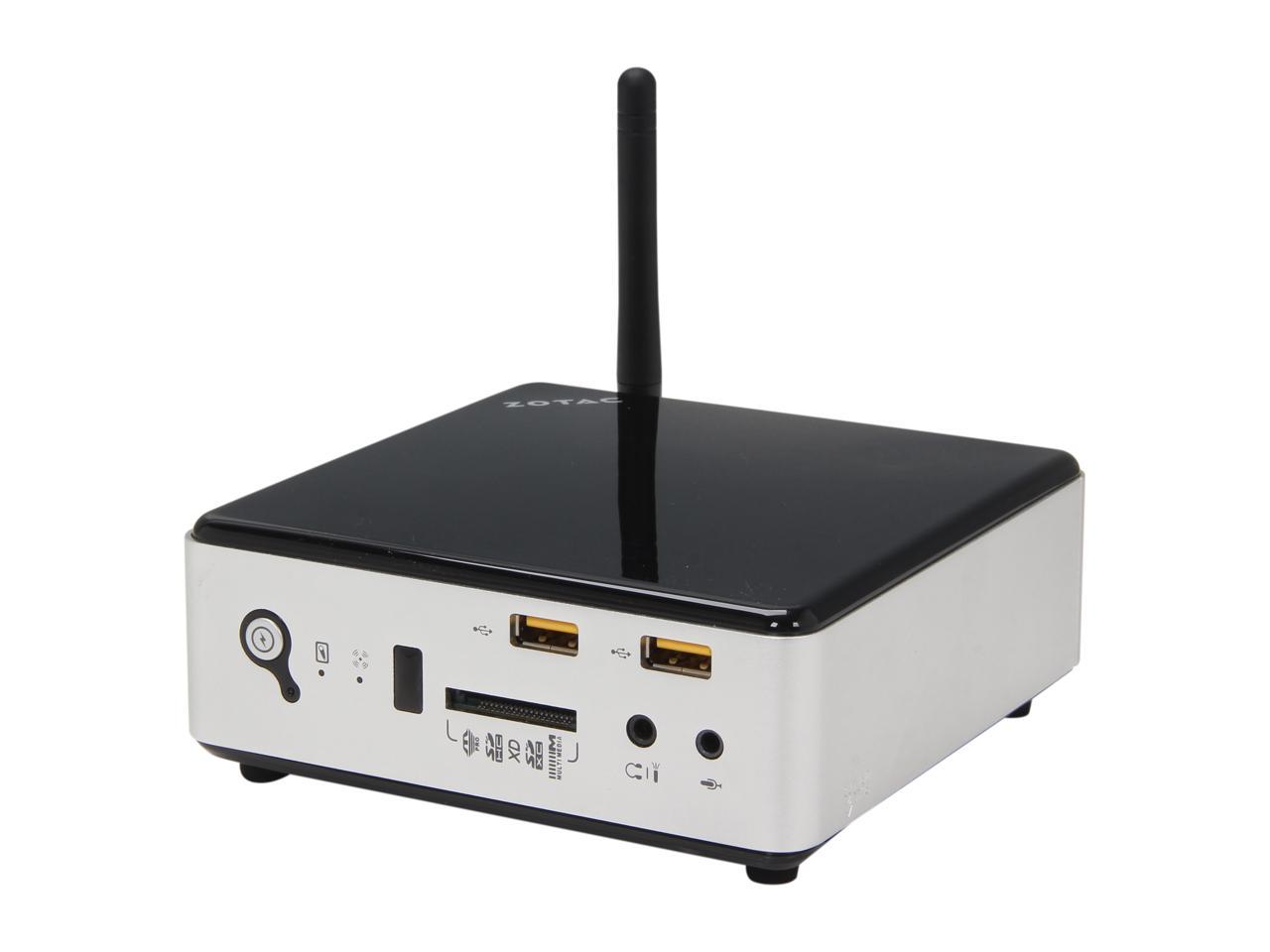 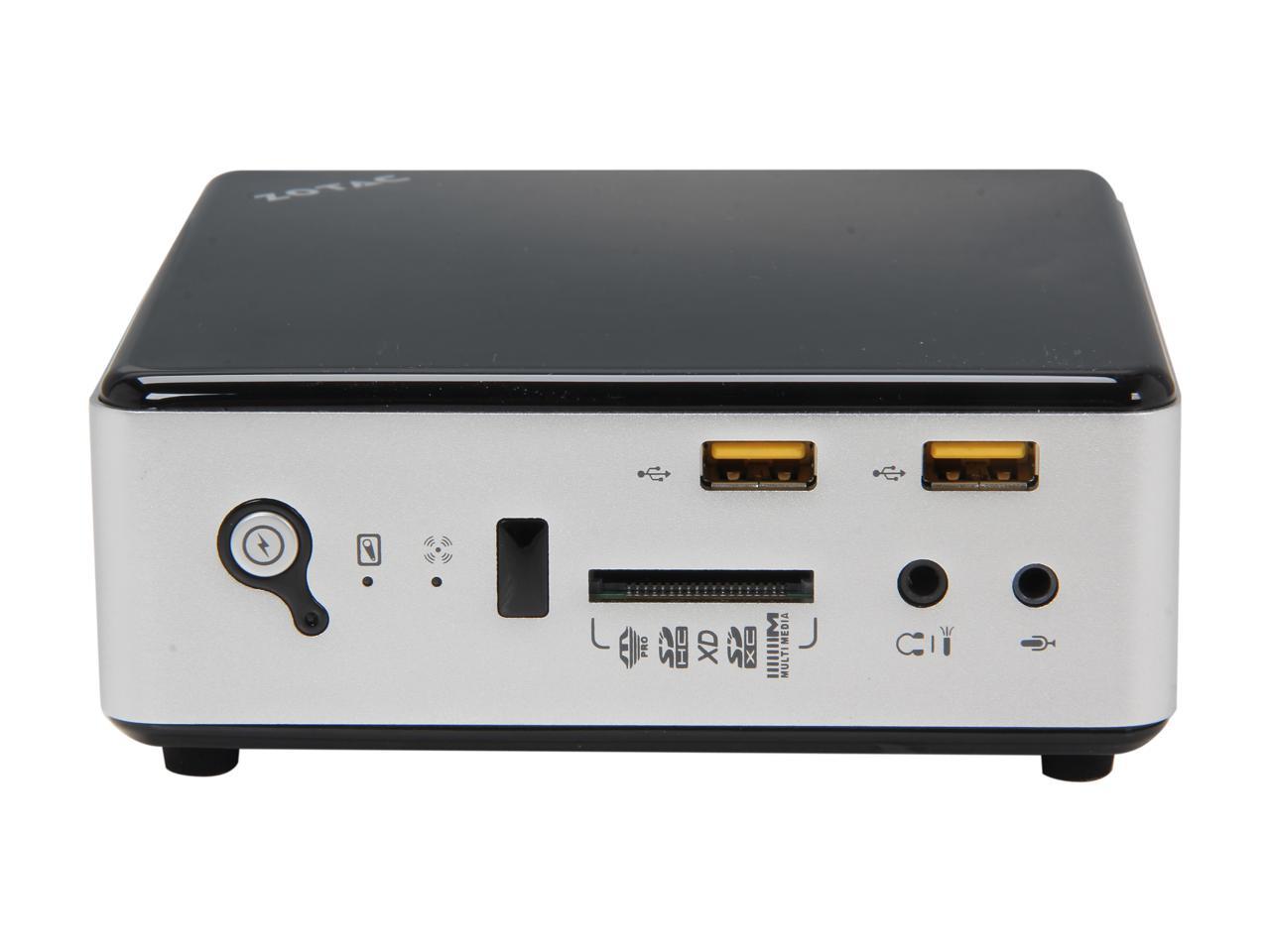 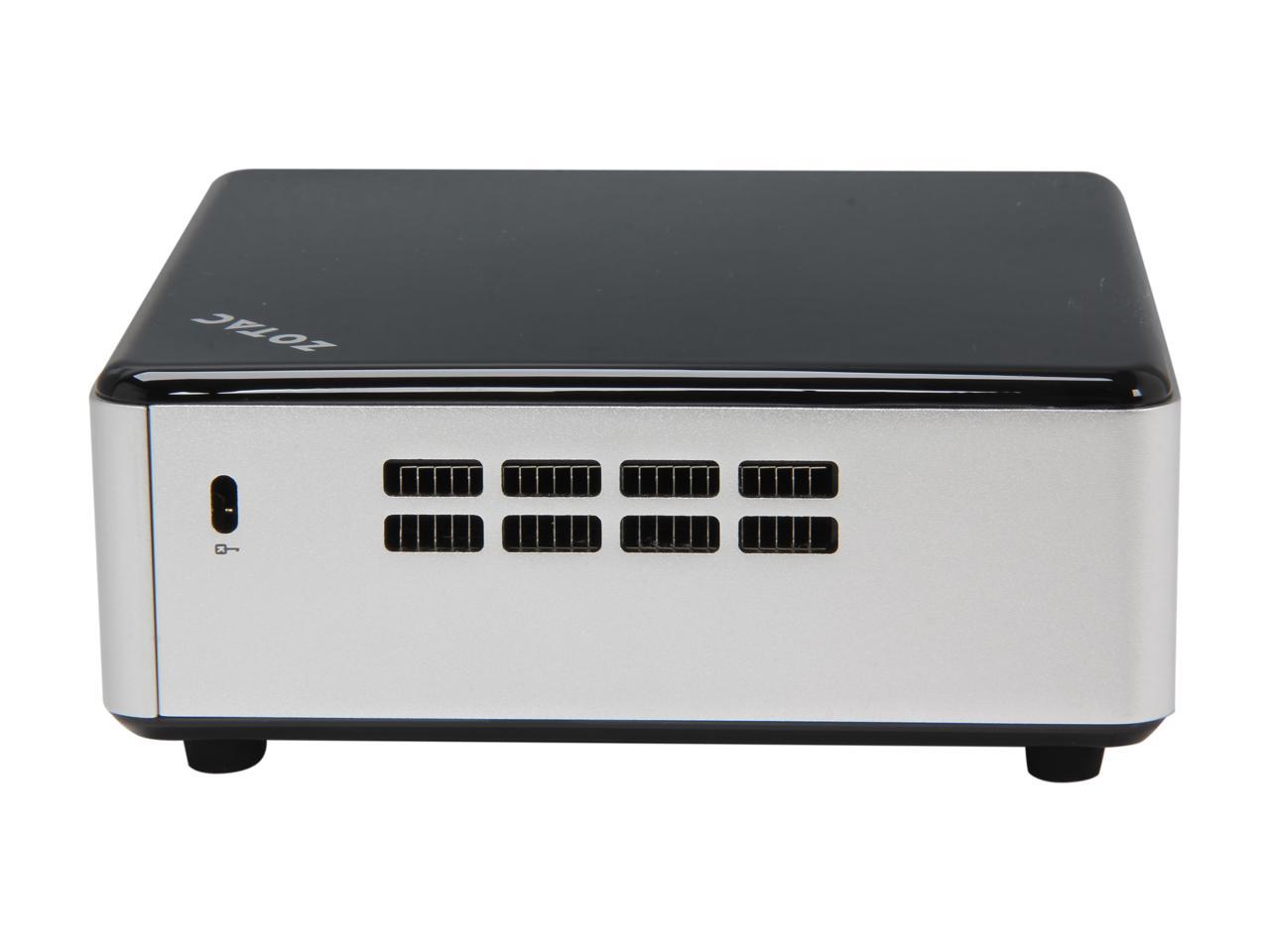 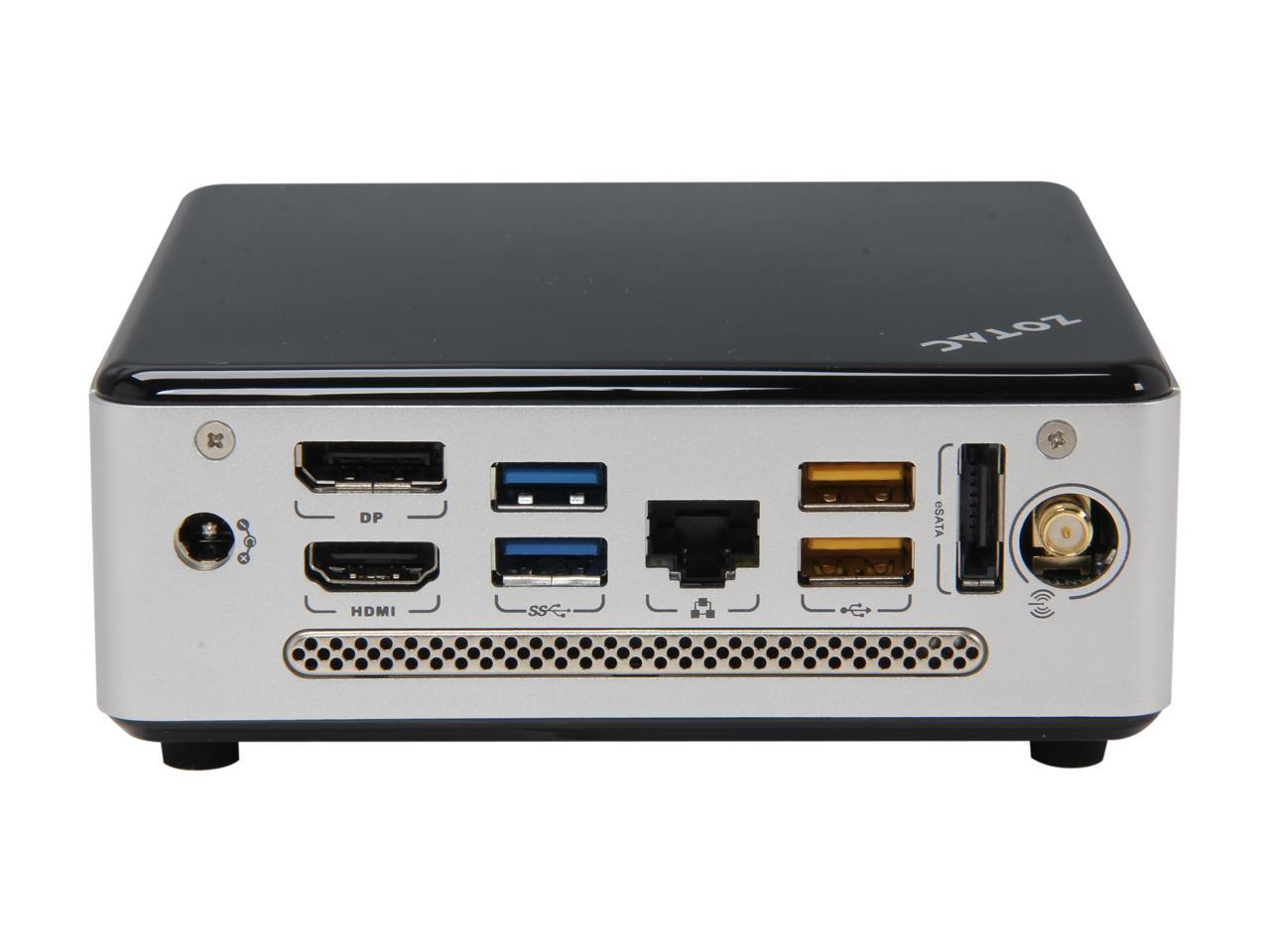 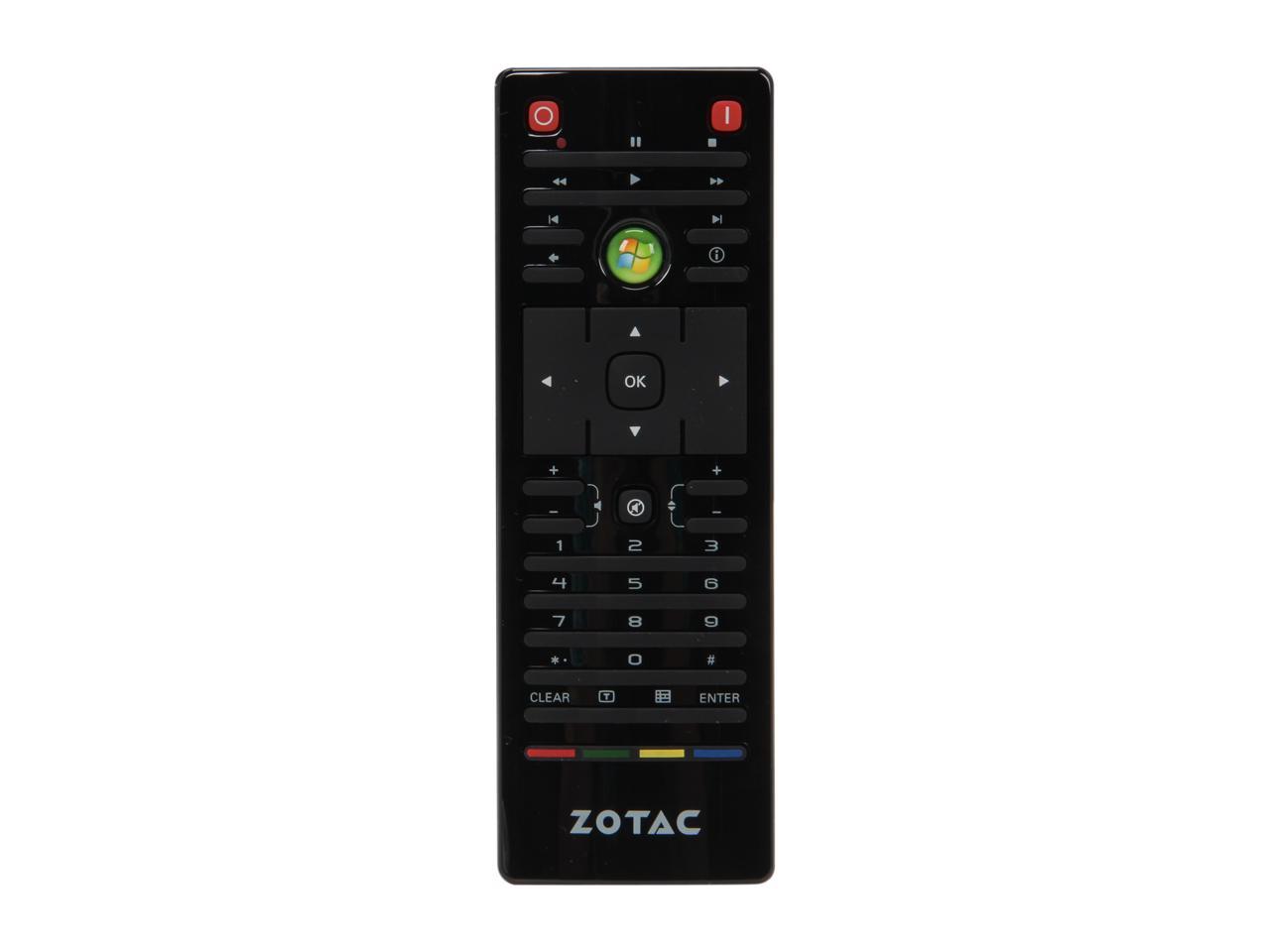 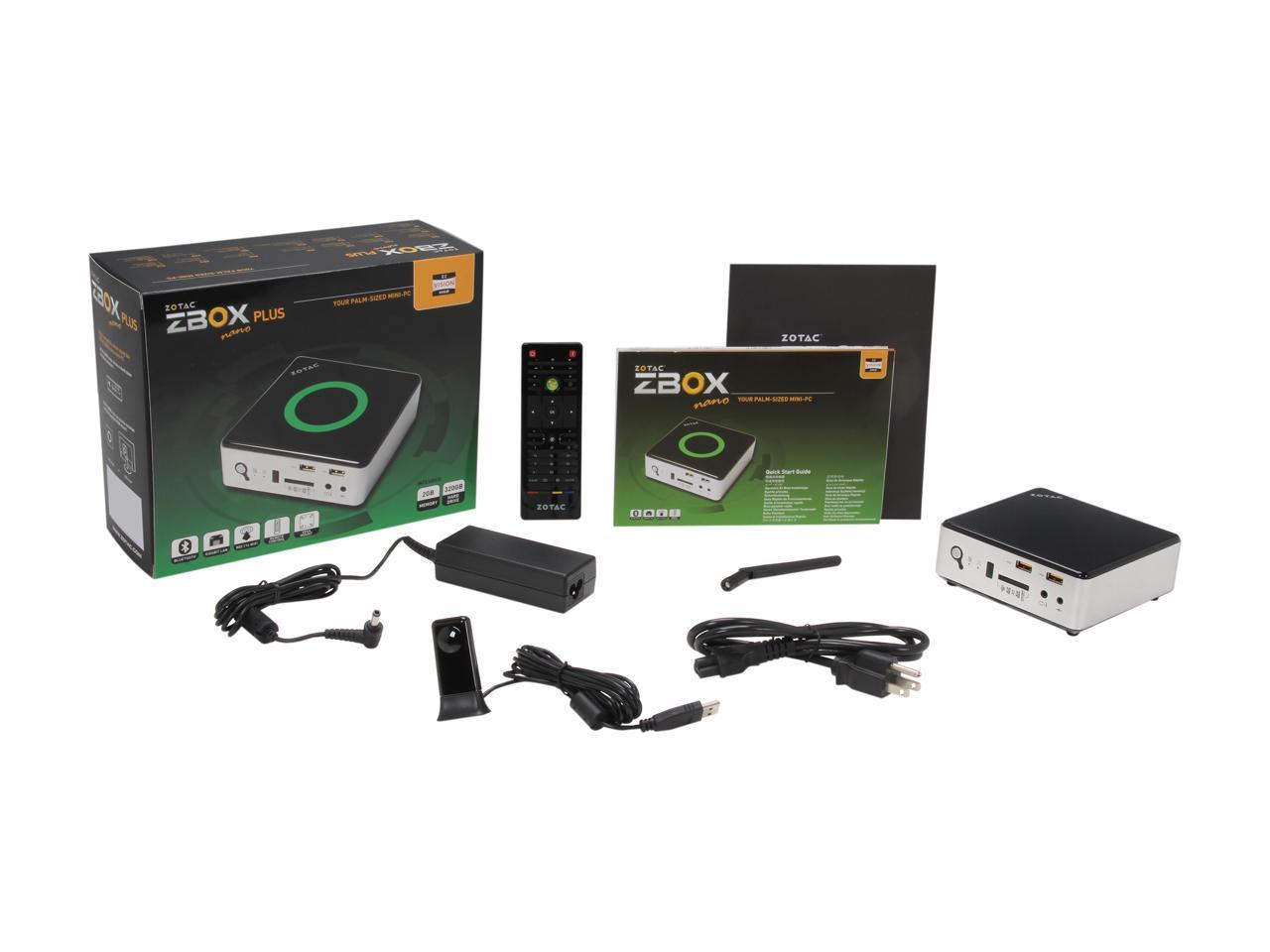 Learn more about the ZOTAC ZBOXNANO-AD12-PLUS-U

Pros: - Perfect size suitable to a wide range of applications - Attractive design matches almost everything - Includes VESA bracket to attach to monitor or TV - Quiet enough for most applications - GPU provides enough power to handle Blu-Ray video - Included remote can power of the device, has excellent range, and works with no extra drivers or need to manually map buttons - eSATA for connecting fast external drives or a RAID enclosure - 6 USB ports, two of which are 3.0 speed - Built-in card reader is great for loading photos and videos from a camera - Built-in wireless N and Bluetooth for easy networking and connection to wireless keyboard and mouse or third-party remote

Cons: - Included IR extender is reported to have problems - Linux users may have issues with wireless drivers depending on their distribution of choice - Modest performance on any CPU-intensive applications. This computer is clearly intended to run GPU-accelerated processes most of the time

Overall Review: - Those looking for better performance may consider the impressive Intel NUC DC3217, but note that, while both currently cost about the same, the Intel system lacks a hard drive, memory, WiFi, and Bluetooth without purchasing expansion hardware, in addition to having far fewer ports. In my opinion the Zotac is a better value for many users. - Very well priced considering the impressive feature set - 2 GB RAM may be low for those installing a full desktop operating system, especially Windows, though this is not a con considering the price point and barebones option for those who want to install a larger module - I have not tried to output any 3D content over HDMI I set up my ZBOX Nano AD12 as an HTPC for use with a 1080 projector running XBMC 12 on OpenELEC 3.0. Installation from USB flash drive took less than two minutes, and all features worked from the first boot, including the excellent included remote. I connected my media server shares through SMB and have had no performance issues watching full-quality BluRay disk images. I can't hear the internal fan at all at idle, and with the unit placed in the back of the theater I have never noticed it. Despite this placement, the IR receiver on the front is able to detect all button presses reflected off of the painted projection surface, with no extender required. Low power usage and silent idle means that I can leave the AD12 running 24/7 for use as an always-on UPnP/AirPlay node controllable from my phone or any other device on the network. Affordable enough to put one in every room in the house as I expand.

Cons: Had a fan go dead, but no trouble getting it replaced

Overall Review: These little boxes are amazing. Swap out the standard HD for a SSD and you're ready for anything. Install OpenELEC, hook it up to your network and set up with your file server and you have the best HTPC experience I've seen.

Cons: -if you need VGA you need an adapter like the BYTECC HM-VGA005 (confirmed working great, PNP) -only comes with 2GB ram, up-gradable to 4

Overall Review: I got one of these to test using as a RDP workstation into a server 2008r2 box using NLA. Works great! SIMPLE Ubuntu installation, with everything working out of the box: no driver hunting required. Included VESA mount to mount on the back of monitors is sweet. I have a feeling I'll be ordering a LOT of these!

Pros: Great system while it worked. Out of the box it took little to get up and running.

Cons: Saw light use as a file server for 4 months and now overheats and shuts down within a minutes of being turned on.