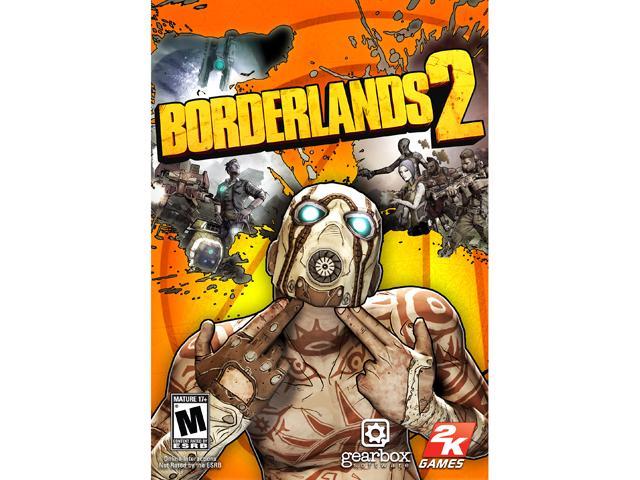 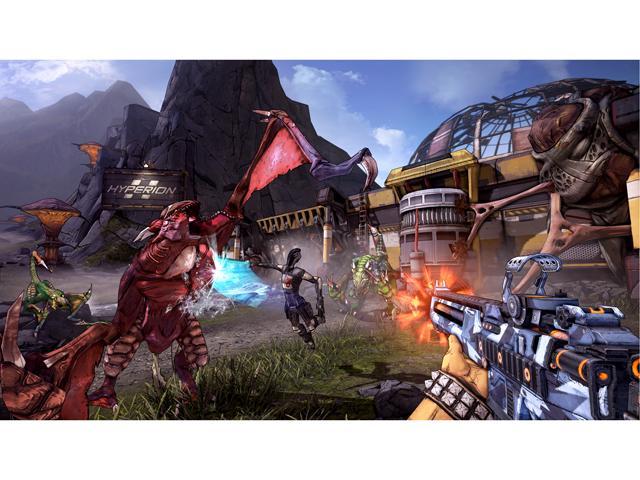 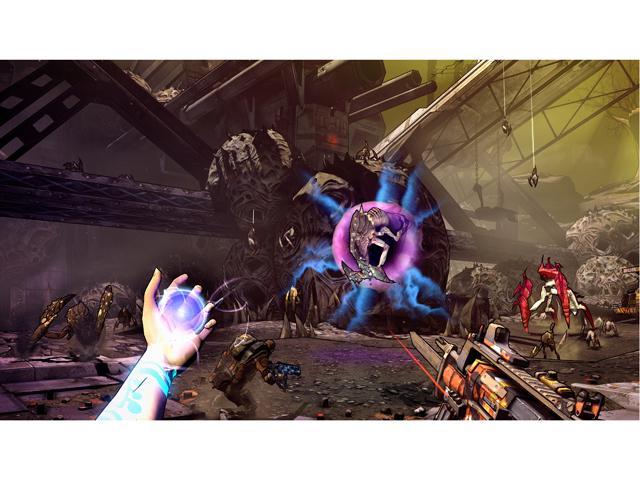 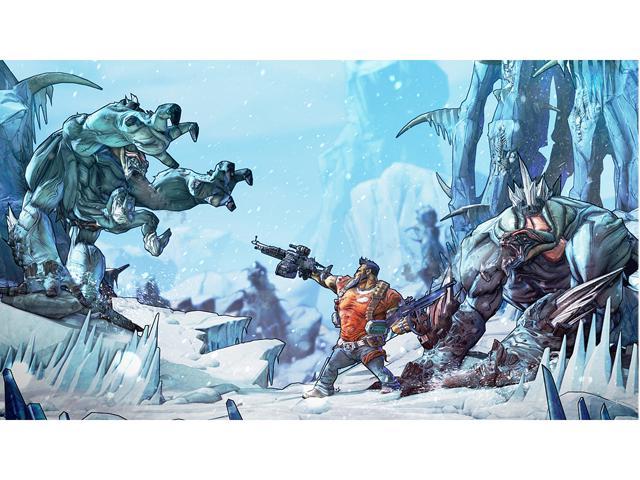 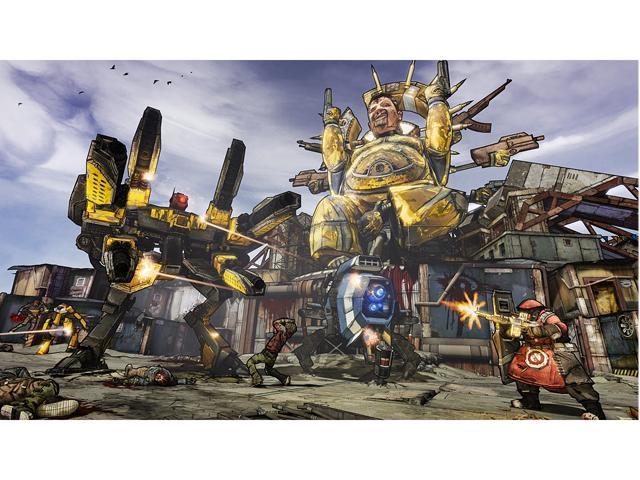 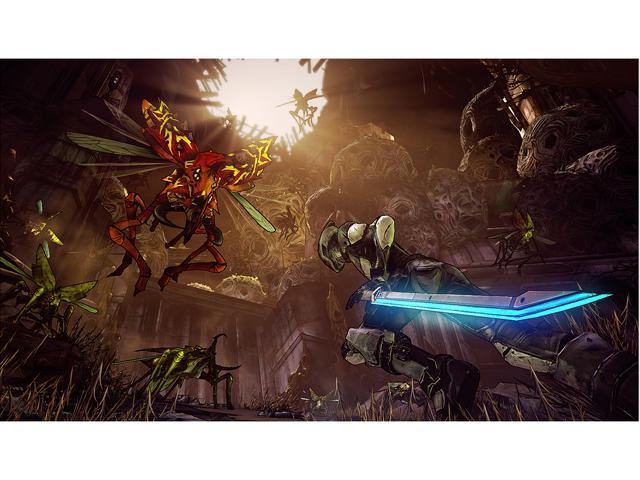 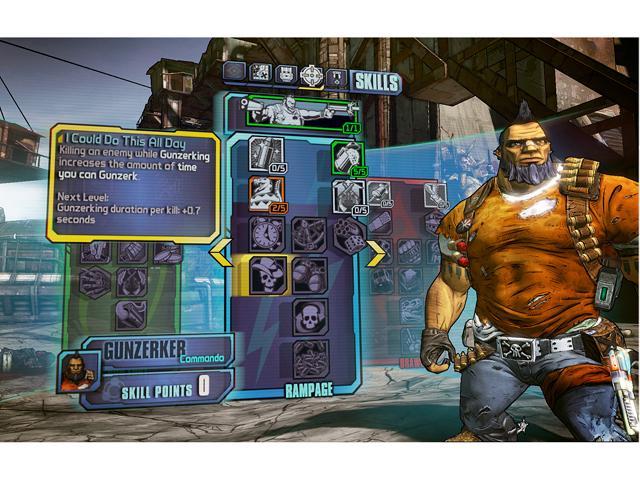 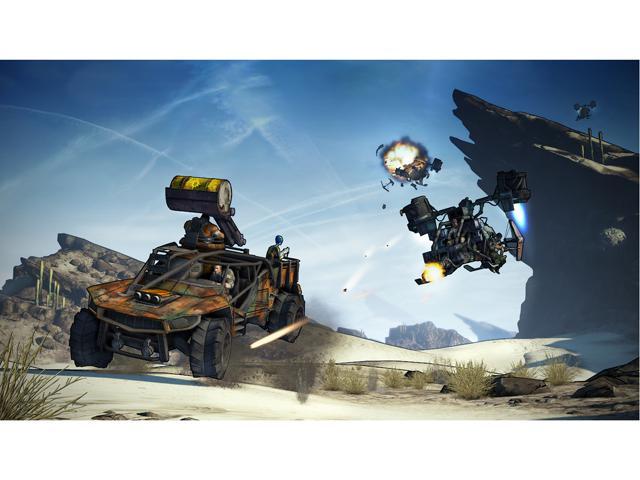 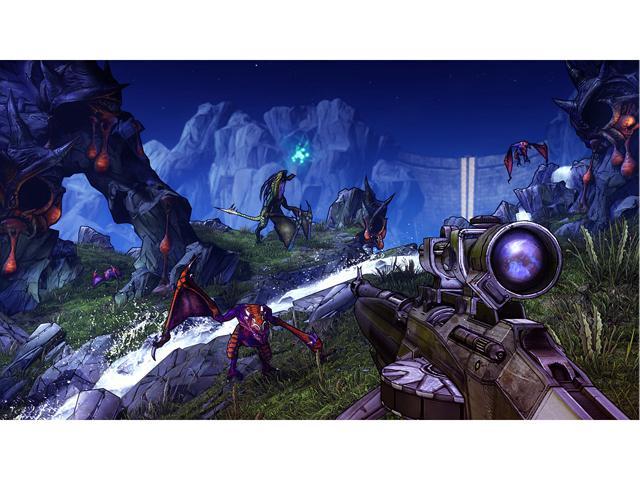 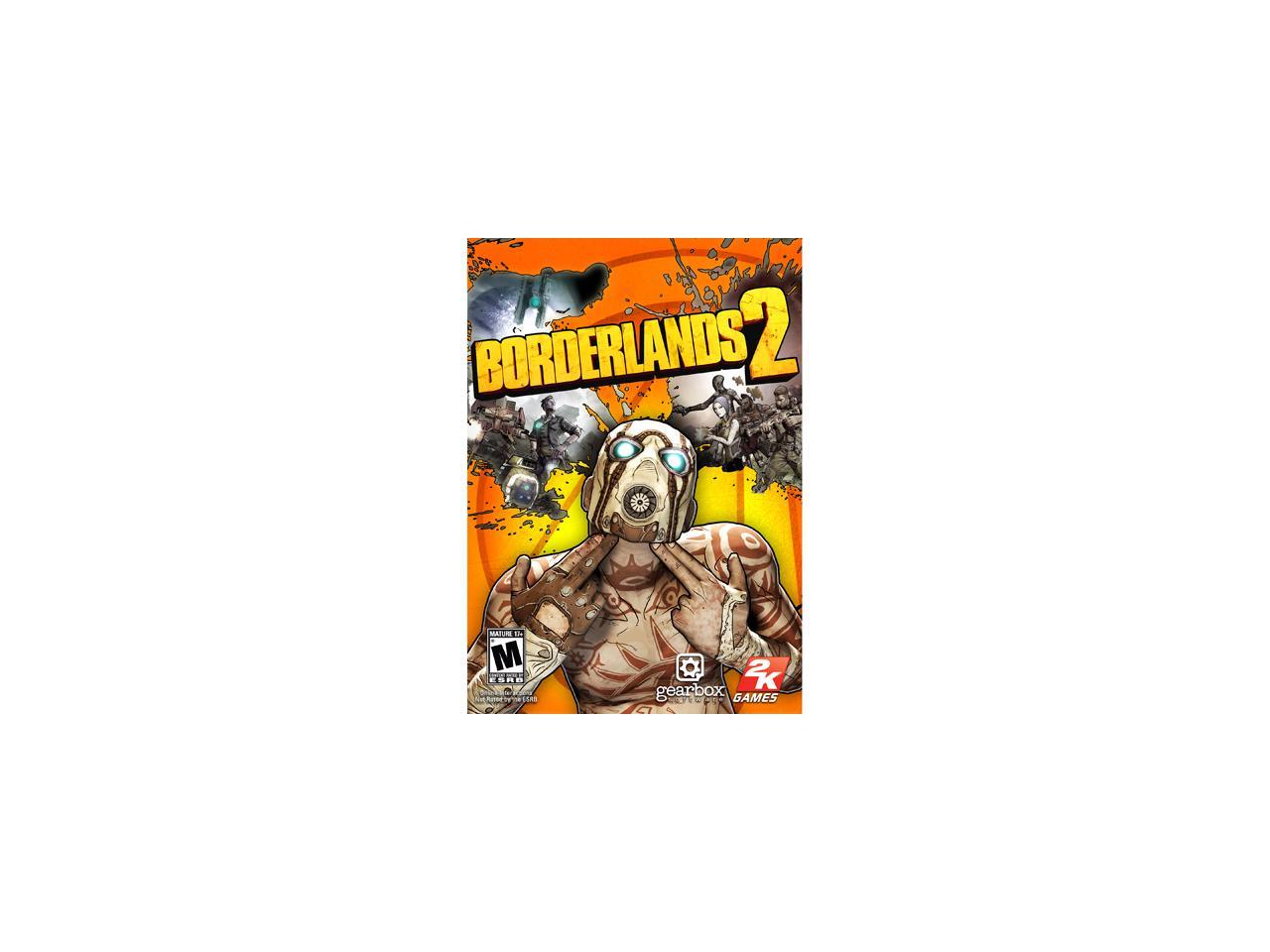 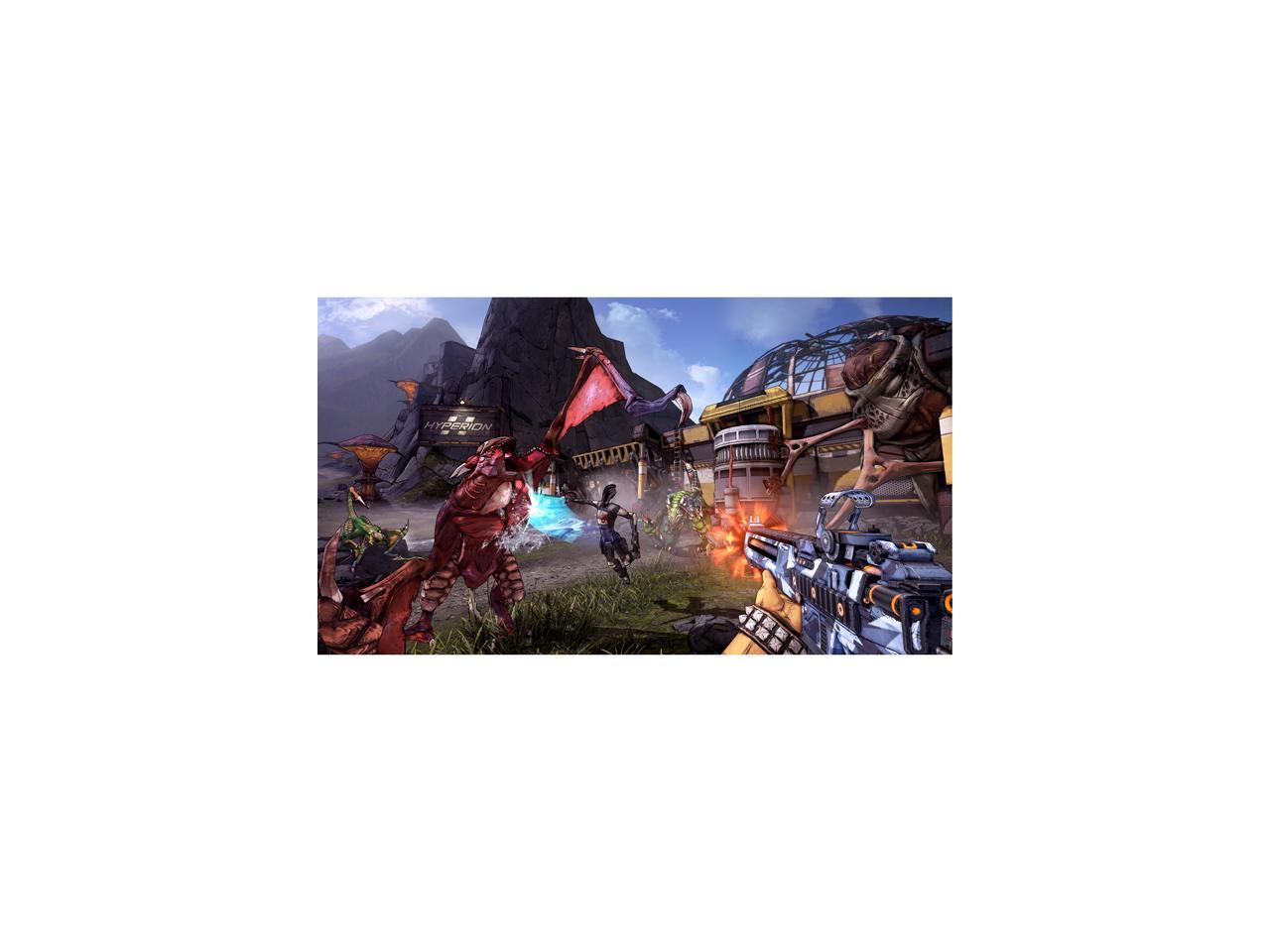 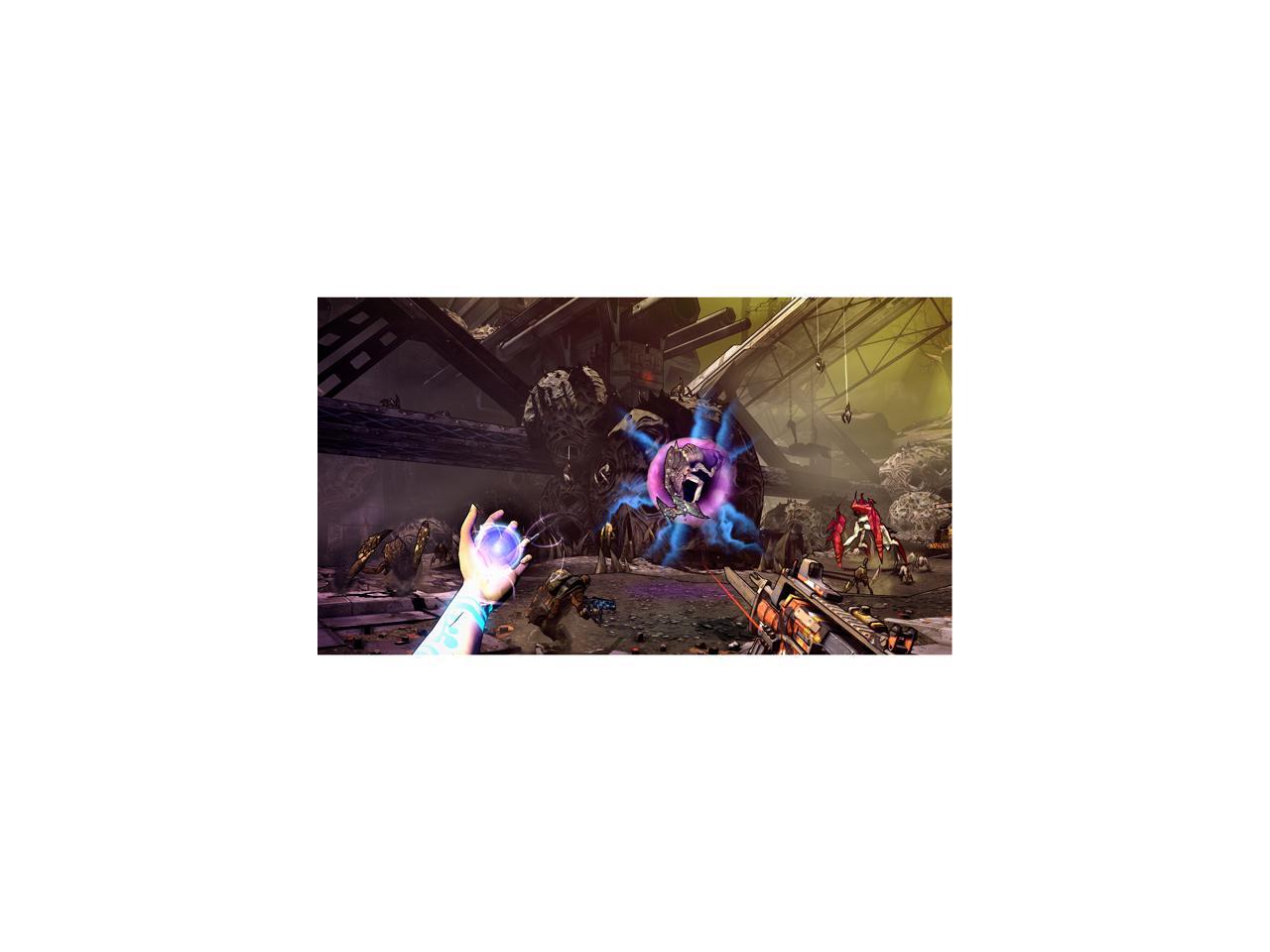 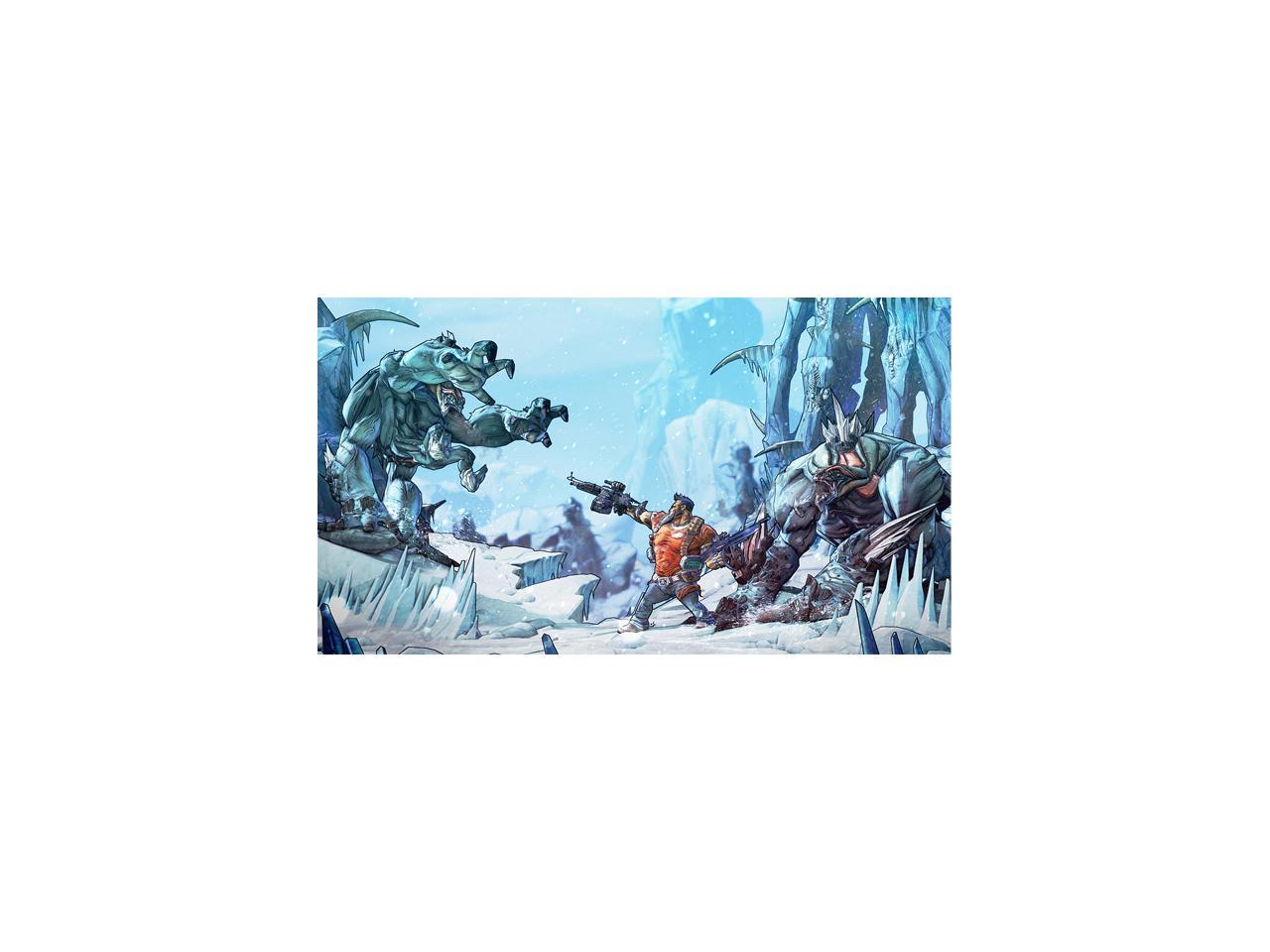 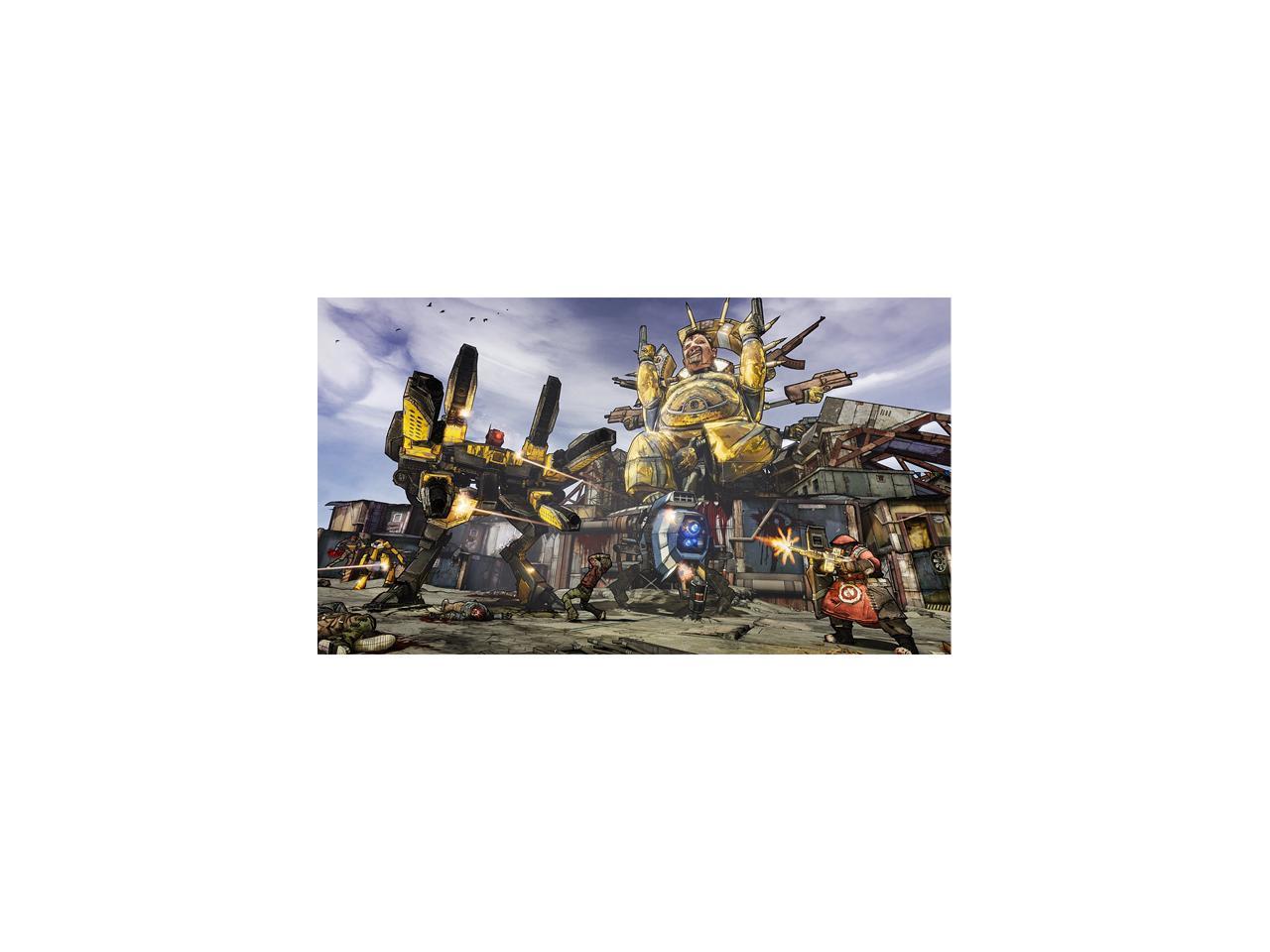 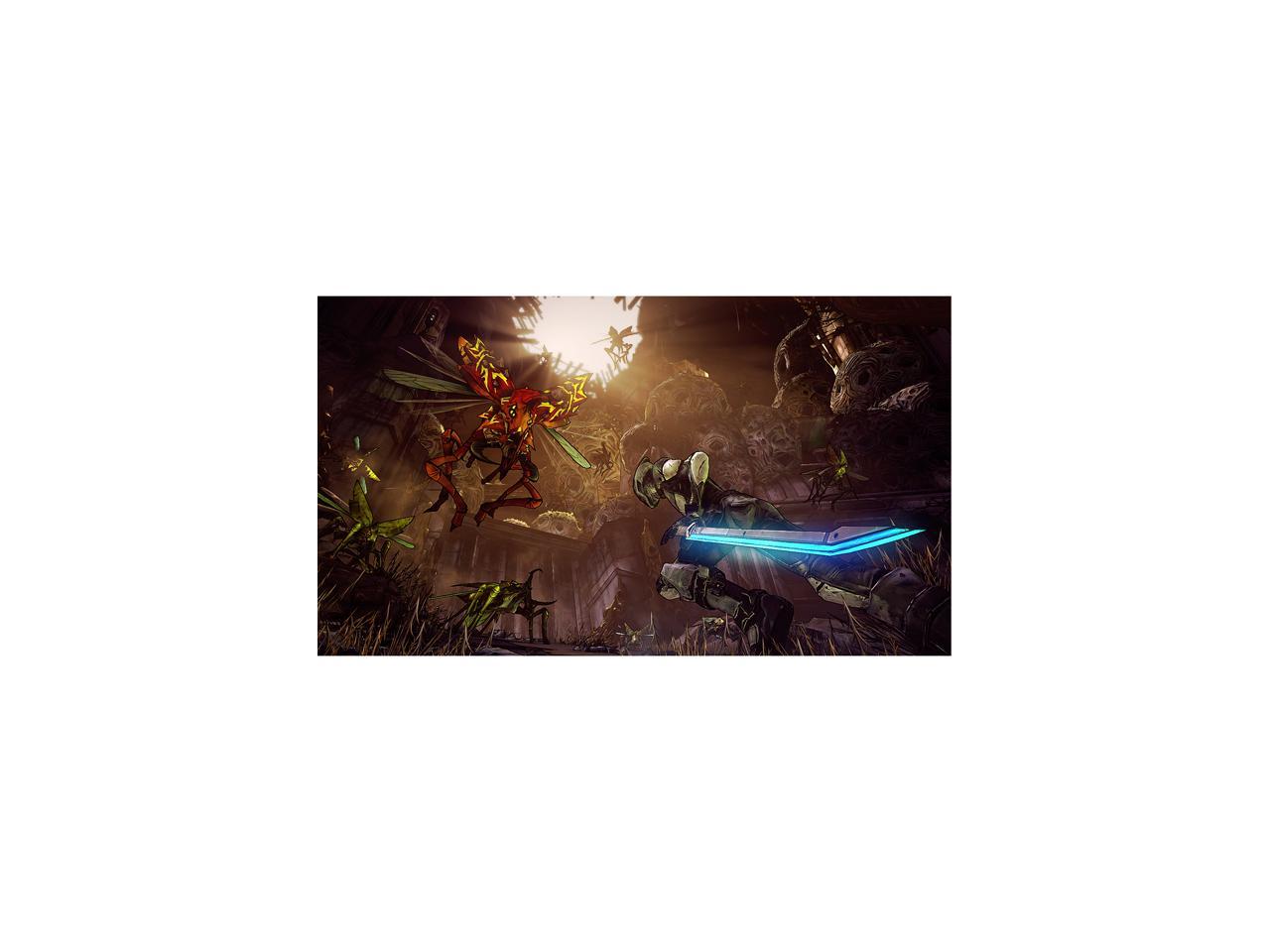 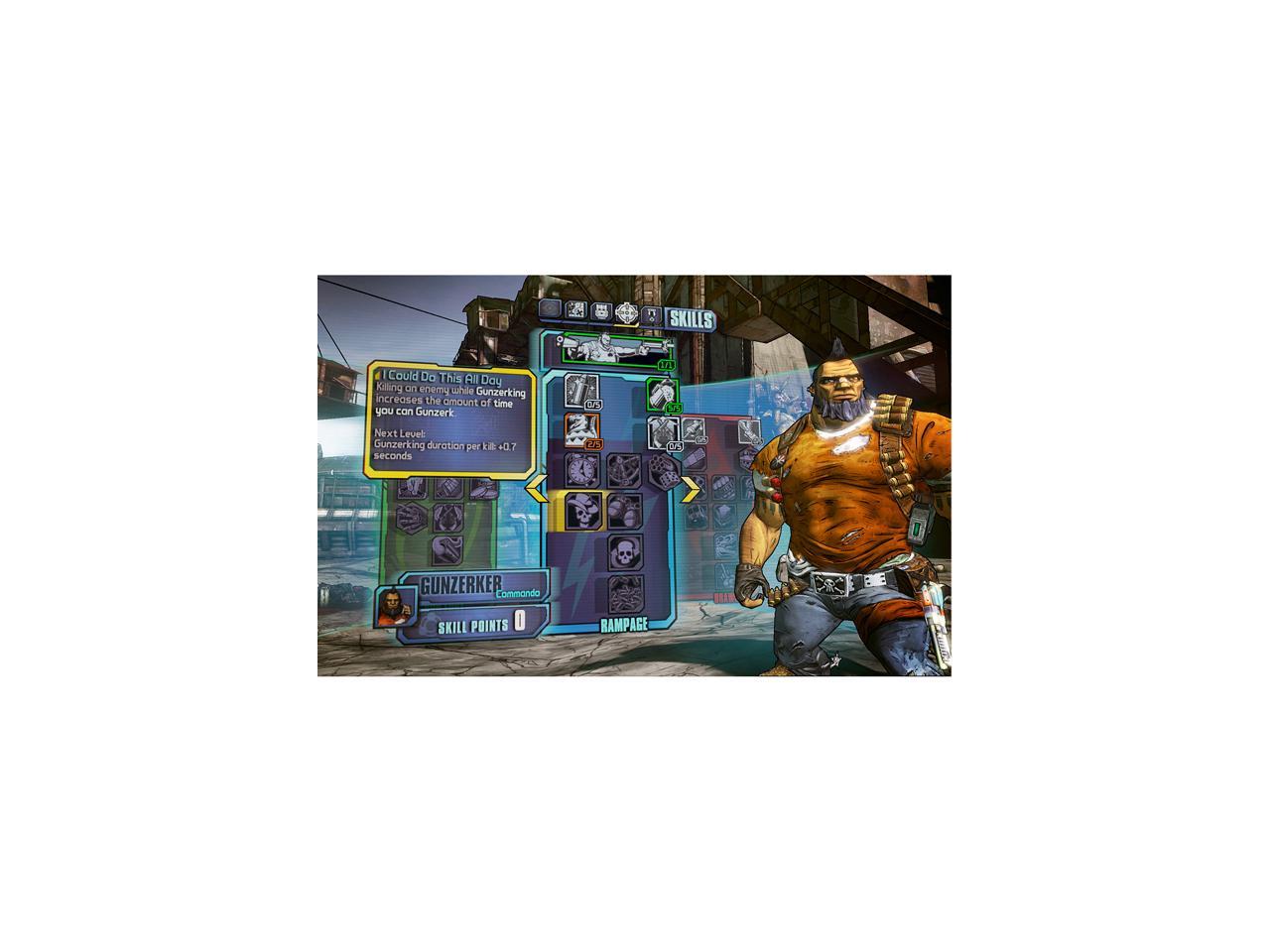 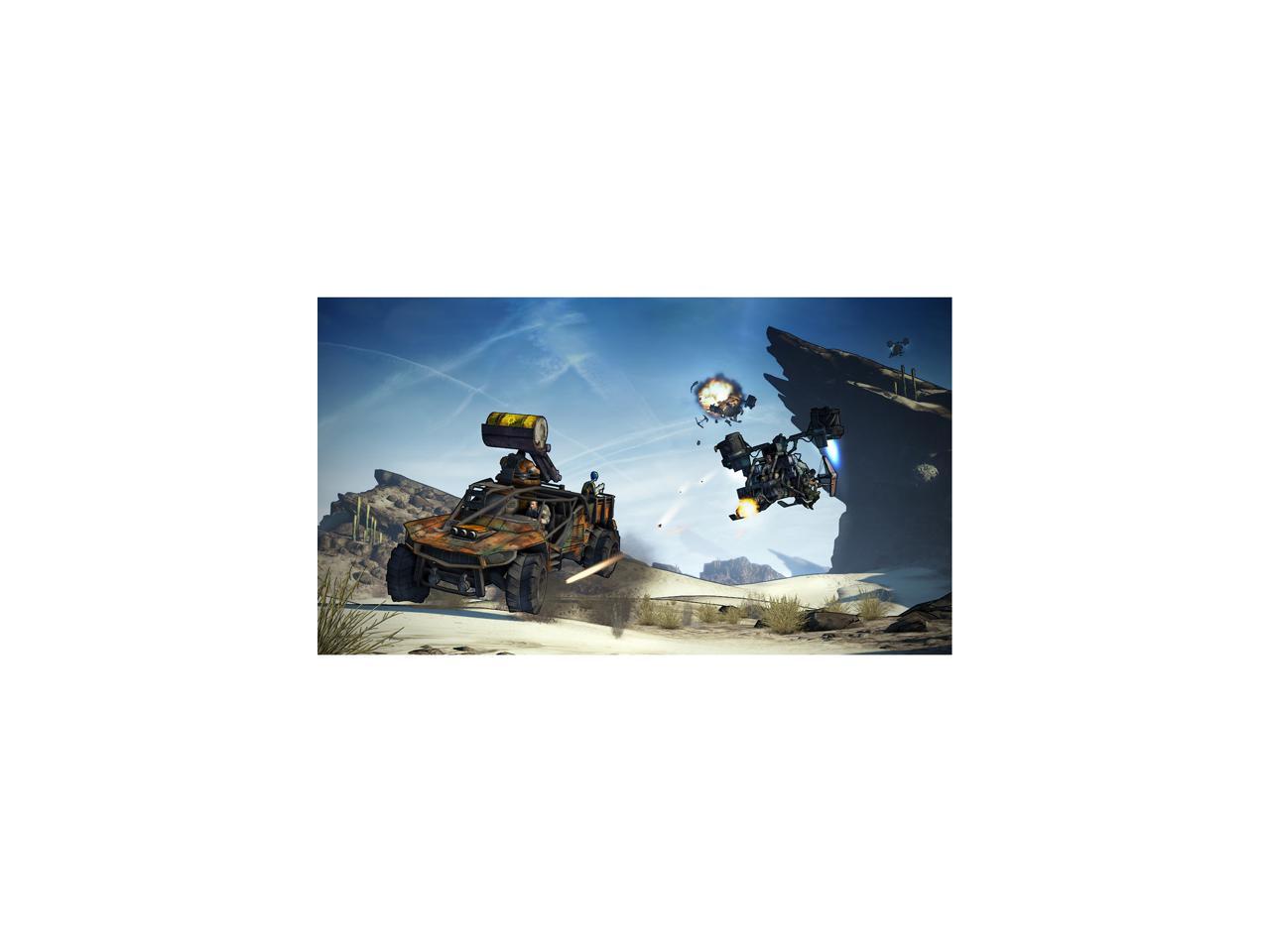 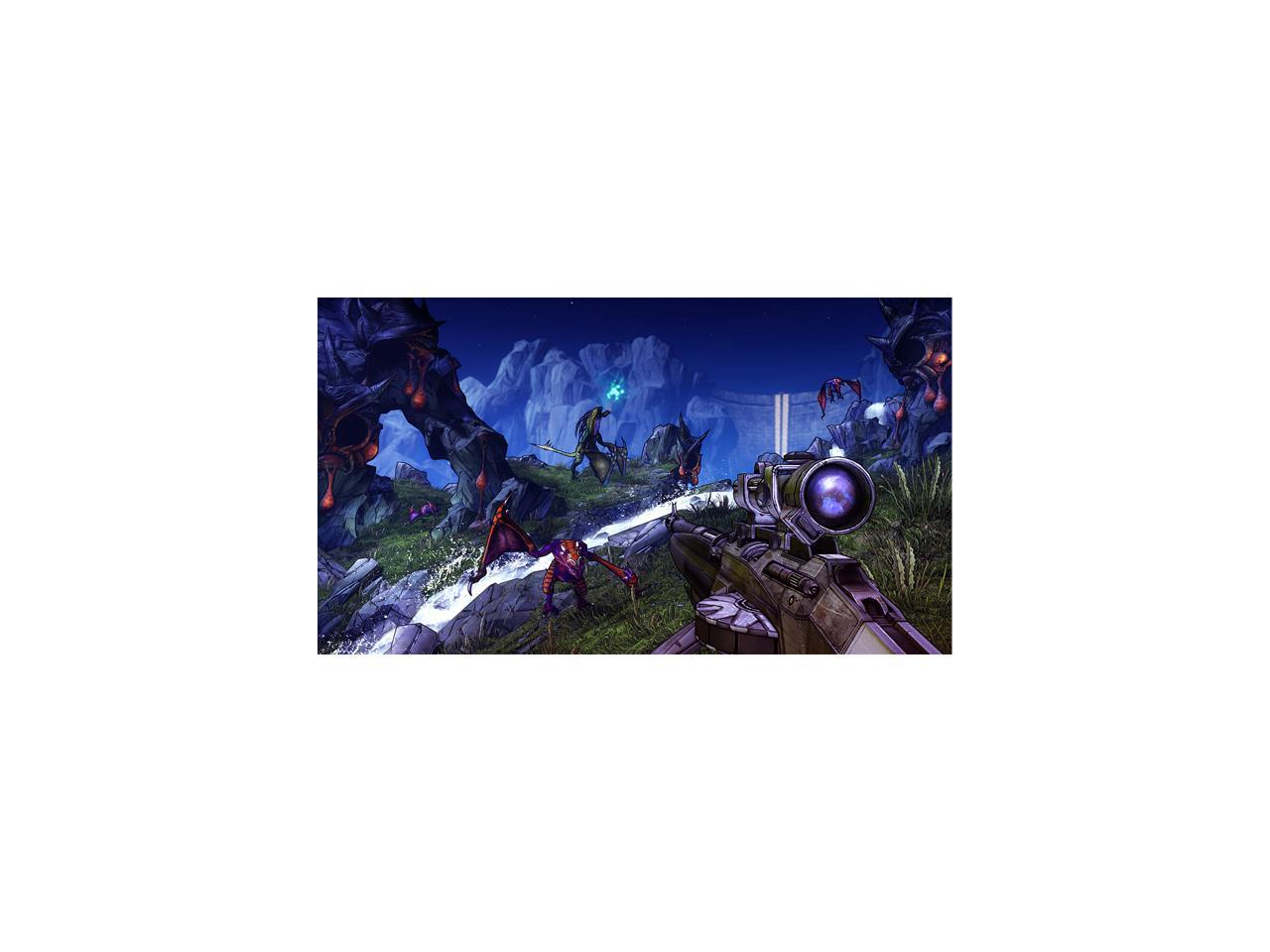 (58) Write a Review
In stock. Limit 5 per customer.
The Digital Download Disclaimer applies to this product. Please note that this product is non-returnable and non-refundable.
View Boxed Version
Overview
Specs
Reviews Borderlands 2 furthers the distinct blending of the First Person Shooter and Role Playing genres to create the true evolution of the Role Playing Shooter. Join up to three other players for four-player online goodness, or go old-school with two-player split-screen couch sharing mayhem as you spend hours leveling-up your character and equipping them with one of millions of badass weapons. This second edition of Borderlands features a new, visually stunning array of procedurally generated guns, shields, grenades, artifacts, enemies and more. Choose one of four new character classes to be taken through a carefully crafted and connected story to all new and surprising environments across the living planet of Pandora. Make new friends, arm them to the teeth, and fight alongside them on your relentless quest for revenge and redemption.

Gunzerker Leads a Cast of All-New Characters and All-New Classes: Step into the role of the Gunzerker, whose highly deadly skills allow him to dual-wield any two weapons found in the game. Not only that, you will build on that skill to do more things with two guns than you ever imagined possible. Dual machine guns? Cool. Dual rocket launchers? Of course! Dual Sniper Rifles? Sure, if that’s your thing! Want to try other styles? More tactical perhaps? There are multiple classes to choose from!

Dynamic Co-op Online - Split-screen and LAN: Share your adventures with friends both online and via LAN. Features a seamless system enabling you to drop in and drop out of a campaign without ever having to restart the game. On top of that you can even take your new gear from any game to any other!

World Connected Story:  You find yourself left for dead in the frozen tundra of Pandora as you begin your quest of revenge and redemption. Expose the evil surrounding the Hyperion Corporation and take on the perpetrator of a universe-wide grand deception - the nefarious Hyperion CEO, Handsome Jack. (Oh yeah... he's also stolen credit for the opening of the Vault.)

New Badass Gun System: An entirely new take on the groundbreaking procedural system means millions upon millions of possible weapons. The variety and style of guns is staggering, and you’ll see tons of new and innovative ways to engage foes on Pandora. Fire, electricity, corrosive acid, and much more will all be at your disposal as you fight your way through Hyperion Corporation’s forces!

87 Bazillion...Everything: In addition to the new gun system, you will lust after procedurally generated shields, grenades, Alien Artifacts, class mods and much, much more.  And you thought the original Borderlands had a ton of loot!

Brand new environments on Pandora: Hunt through entirely brand new areas of Pandora that are more alive than ever!  From the arctic tundra, through the dangerous grasslands, past the mysterious corrosive caverns and beyond, you’ll be surprised by the unpredictable world of Pandora at every turn!

Brand new enemies: A whole slew of new enemies are out there to kill you. Hulking, gorilla-like Bullymongs, vicious predatory Stalkers, and the Hyperion mechanical army, run by Handsome Jack, are just some of the new enemies you will be facing on Pandora.  New strategies will need to be created for every fight, as enemies now interact and aid each other to ensure you don’t get far in the world of Pandora. 
Note: The following video chipsets are unsupported for: