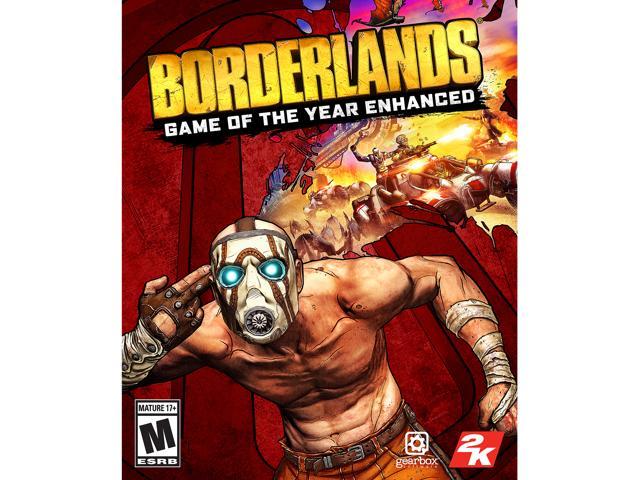 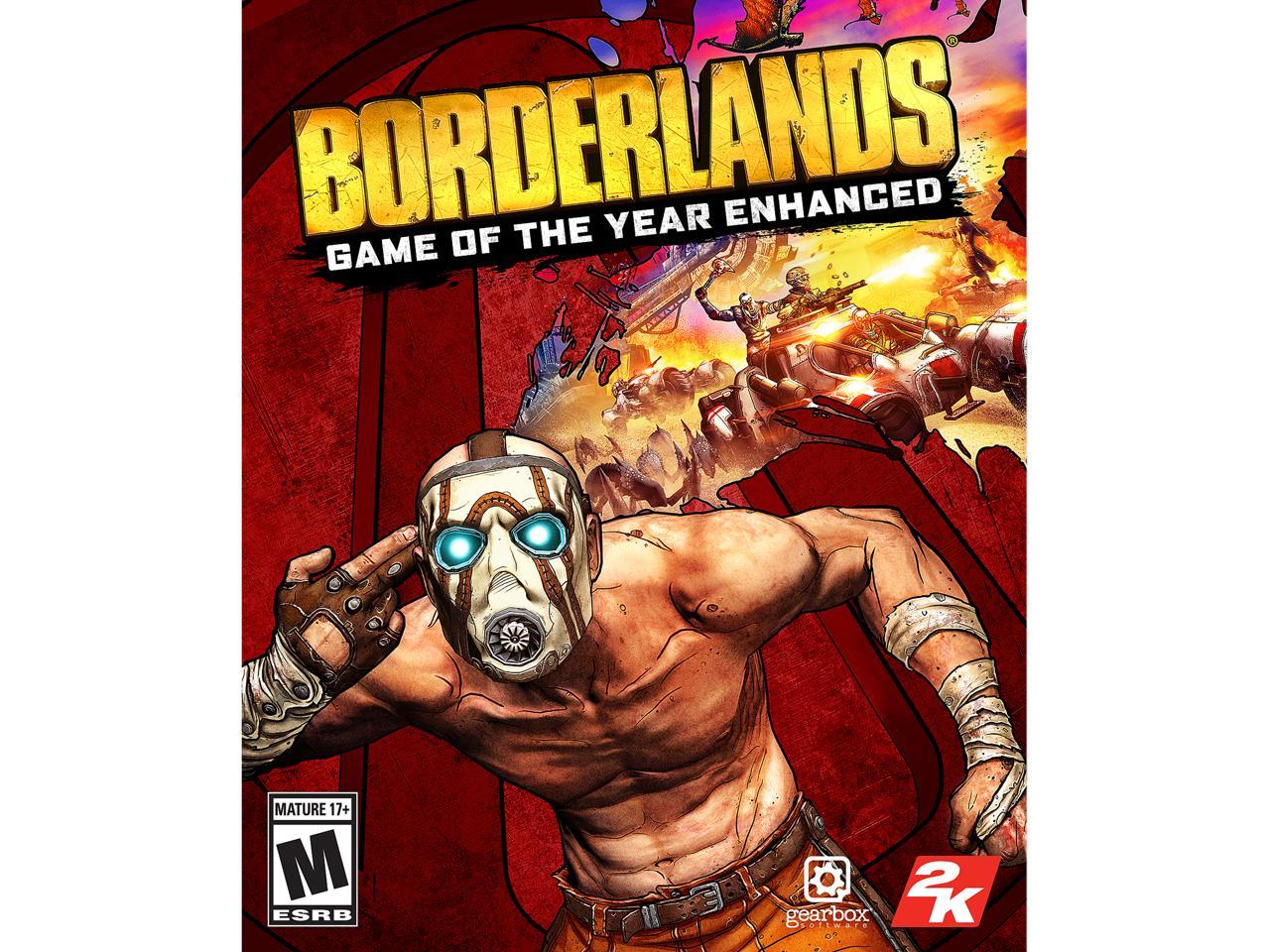 BORDERLANDS GAME OF THE YEAR EDITION

Discover the co-op shooter-looter that started it all, crammed with content and enhancements! Equip bazillions of guns as one of four trigger-happy mercenaries, each with unique RPG skills. Take on the lawless desolate planet Pandora in pursuit of powerful alien technology: The Vault. With new weapons, visual upgrades, all four add-on packs and more, play solo or in four-player split screen co-op!

New Weapons: There are already too many to count so we added more.

New Character Heads: Be as beautiful as mom says you are.

The Zombie Island of Doctor Ned: Enter the corporate owned small town known as Jakobs Cove and put an end to the rumors of the walking “undead”. New areas, new missions, new enemies, Oh My!

Mad Moxxi's Underdome Riot: Celebrate the grand opening of Marcus Bank by taking on hundreds of foes in the only competitive arena around where you're coming back famous... or not at all.

The Secret Armory of General Knoxx: Want more of the Borderlands story and more loot than you could possibly figure out what to do with? Add new guns, missions, vehicles and more!

Claptrap's New Robot Revolution: This destructive adventure invites you to battle a vicious new threat, a massive uprising of your former friends: the claptraps. Pros: Awesome deal. Both games are fun and look great in 3D on the 27" LG Cinema3D display I've recently purchased.

Cons: doesn't include most DLC packages :(

Overall Review: for $10 it's definitely worth it. if publishers and developers want more sales and less piracy, have more acceptable prices, like these!

Pros: Great deal and I can't stop playing the second one!! Grabbed 2 copies and gave one to my son so we can co-op!

Overall Review: Shame it wasn't GOTY BL2 as well...but I am not complaining at all!

Pros: Super cheap sale game a must. Steam account needed to use game

Overall Review: Put the code in Steam and download the game in no time.

Pros: Fun game for the 12$ I paid for it. Probably be getting the season pass when it goes on sale.

Overall Review: Only took about 10 minutes from purchase for the email to appear in my inbox with my game key to activate through Steam. Could have been quicker, but not too bad.

Overall Review: Worth the money

Pros: very happy with the game, gave me no problems at all..

Cons: none whats so ever..

Overall Review: didnt like the game on console, on pc its way better then the console version..