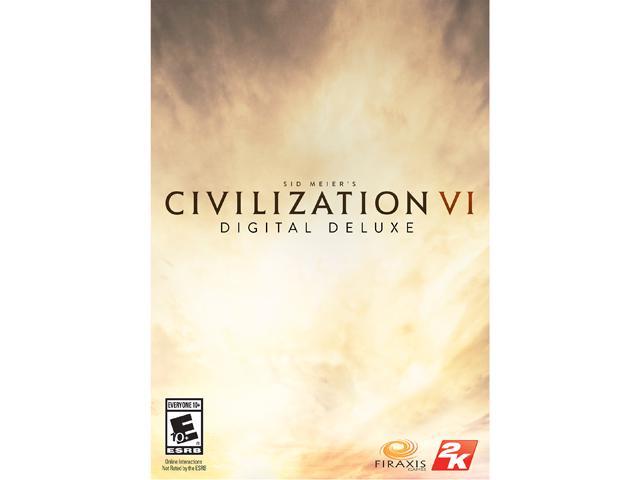 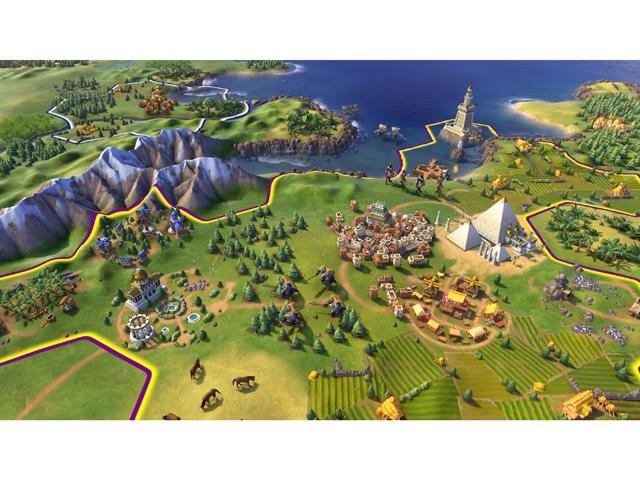 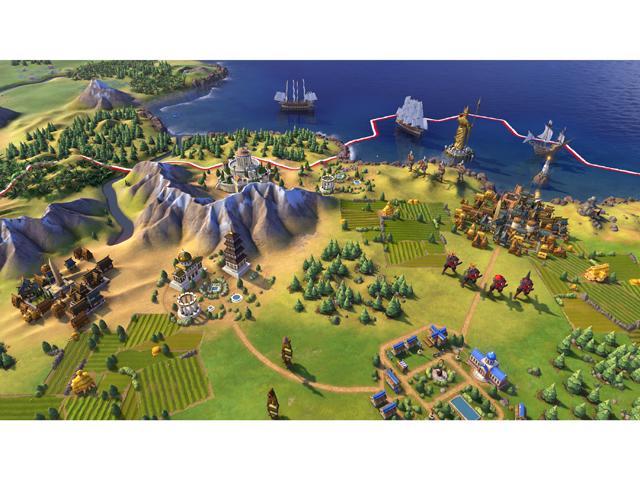 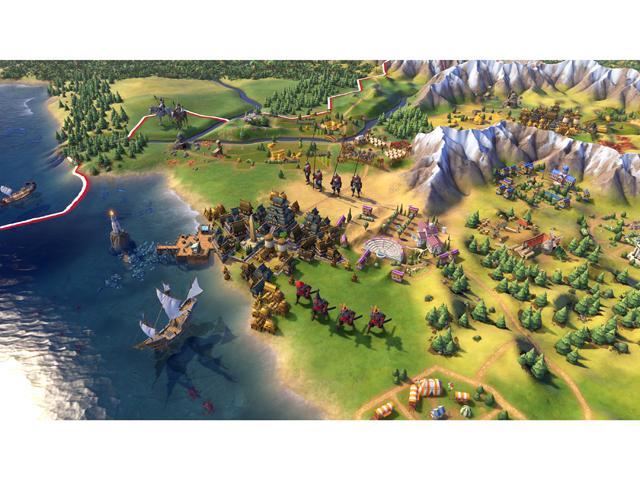 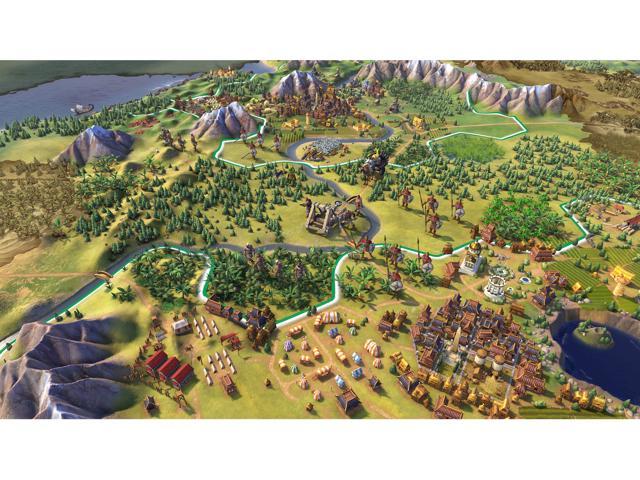 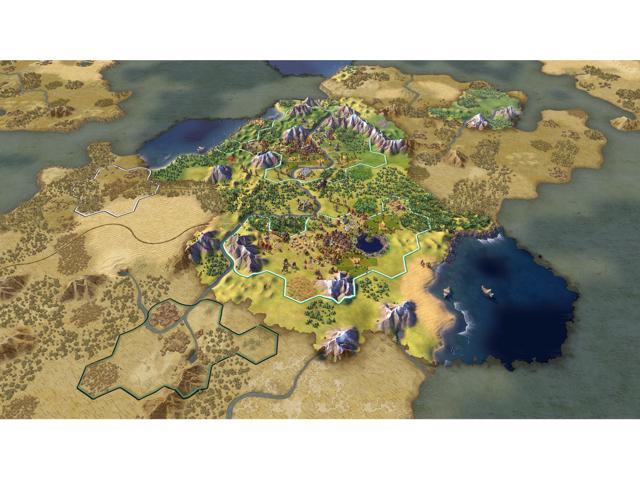 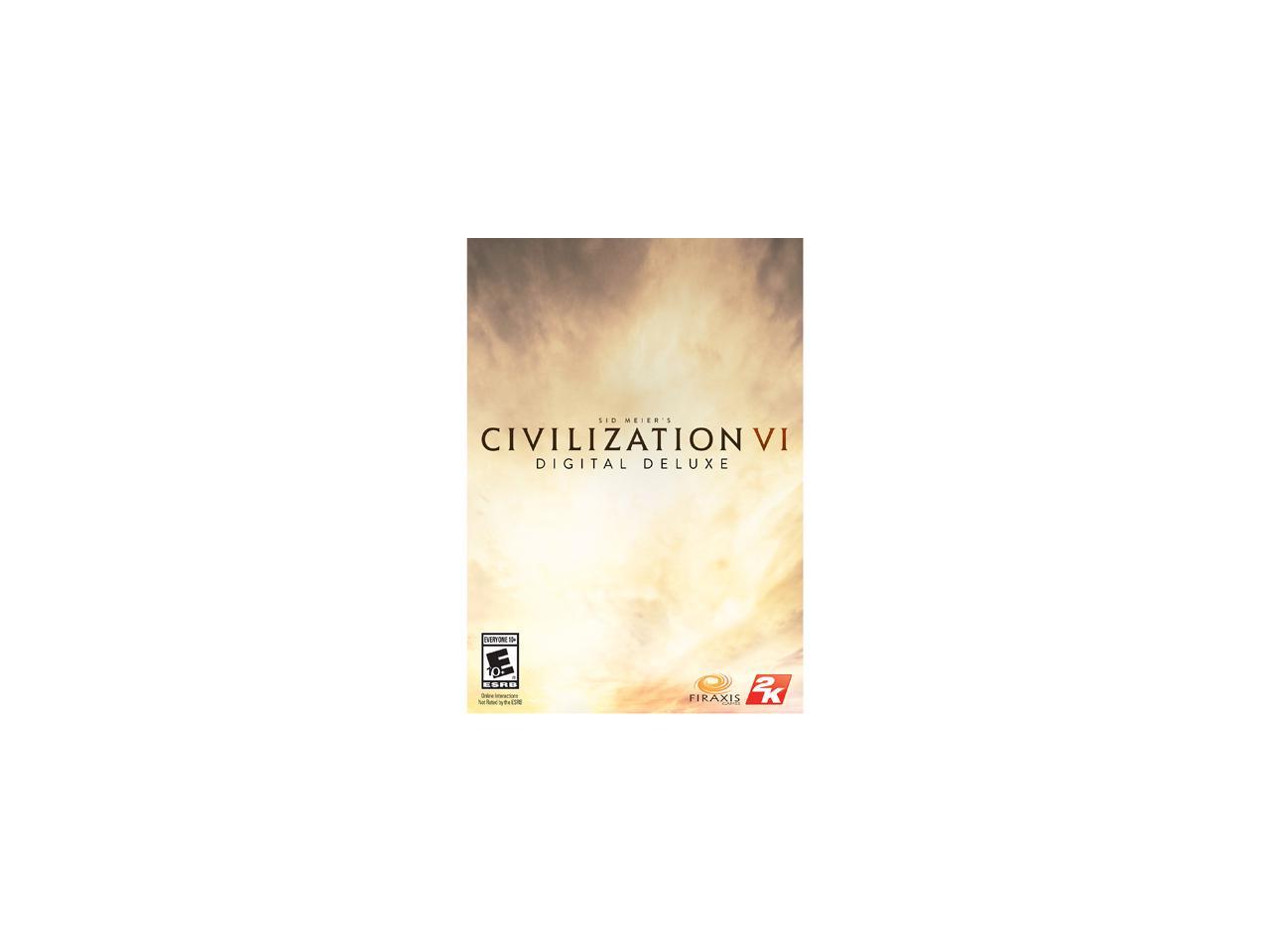 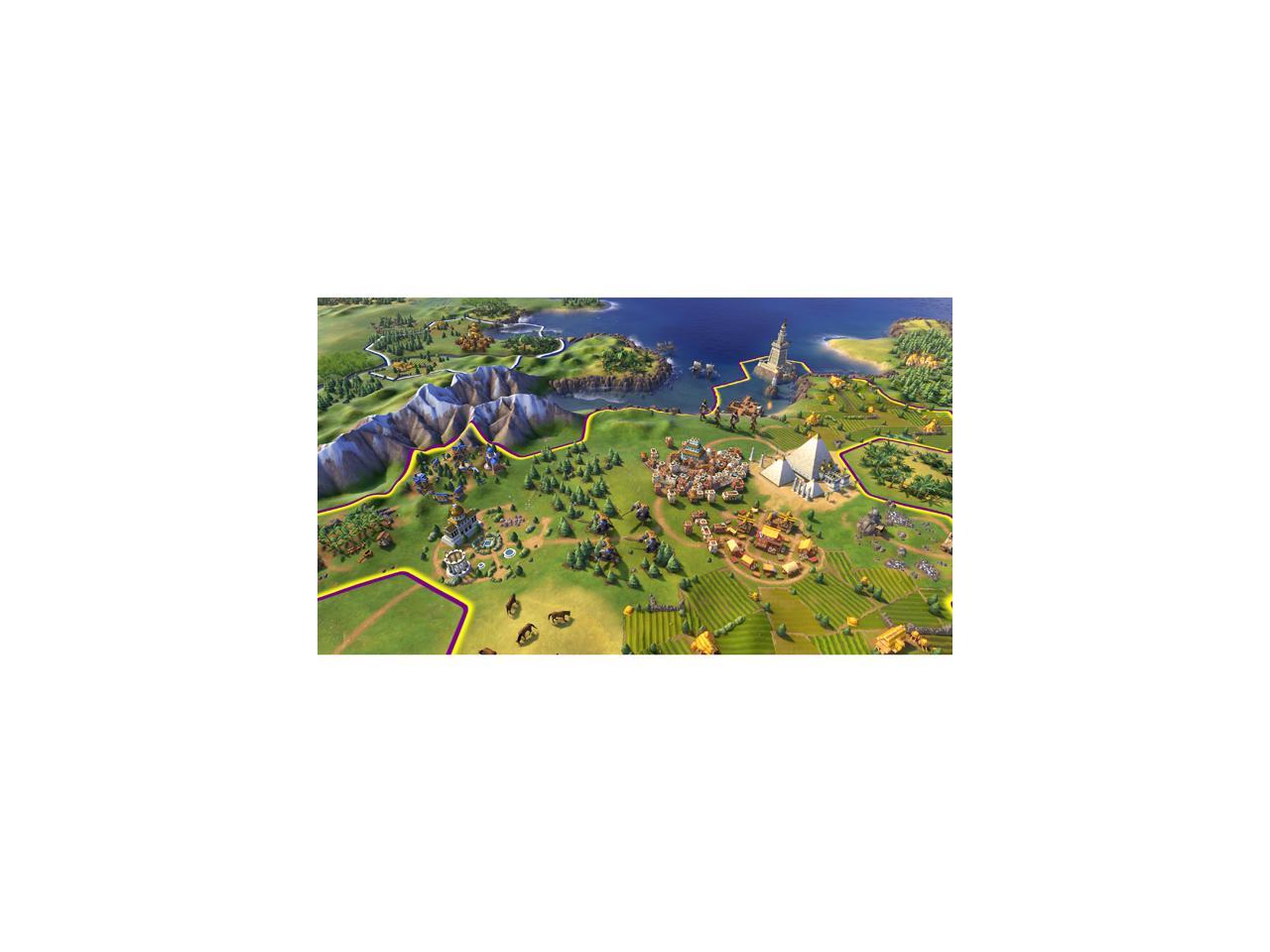 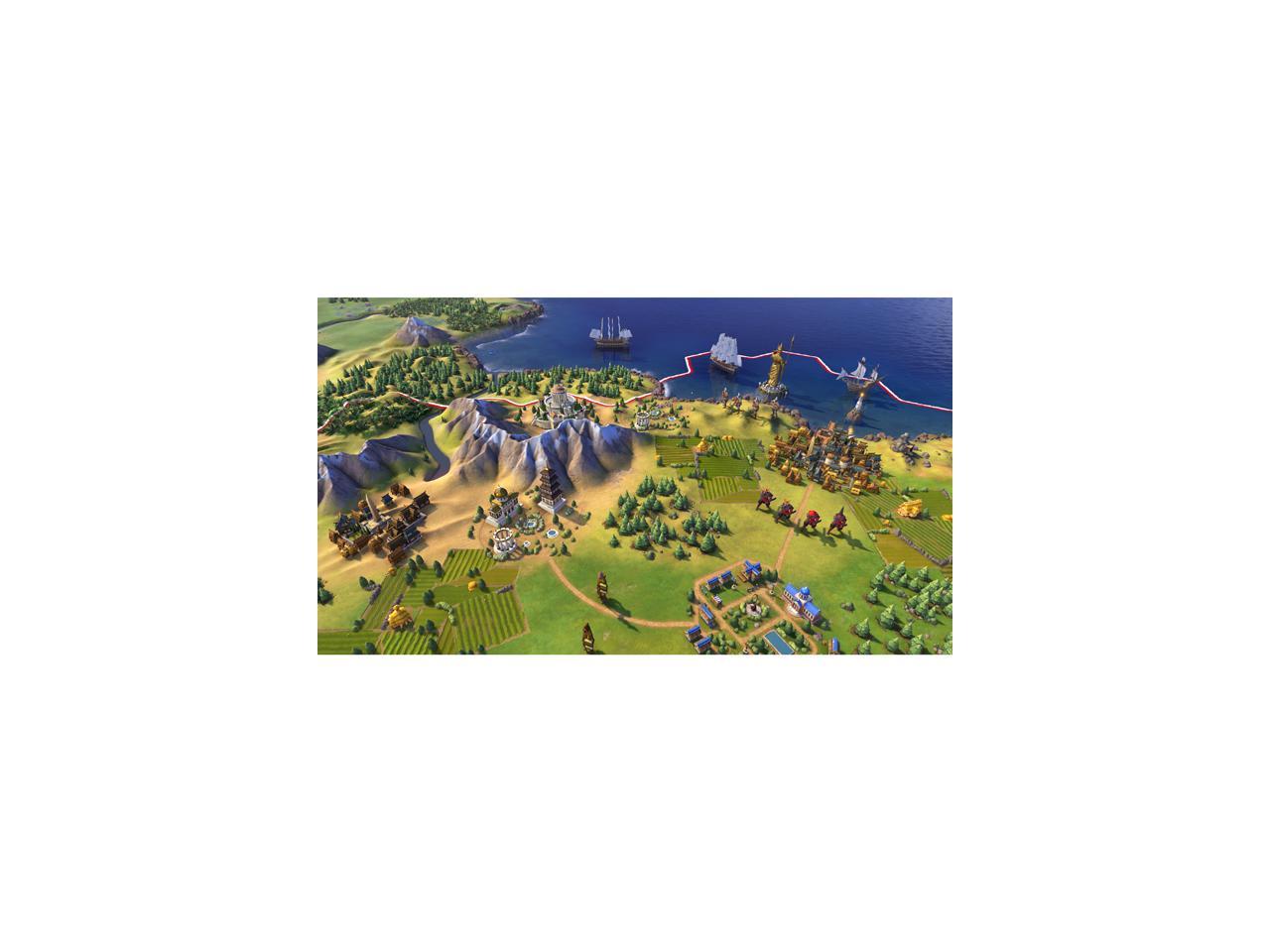 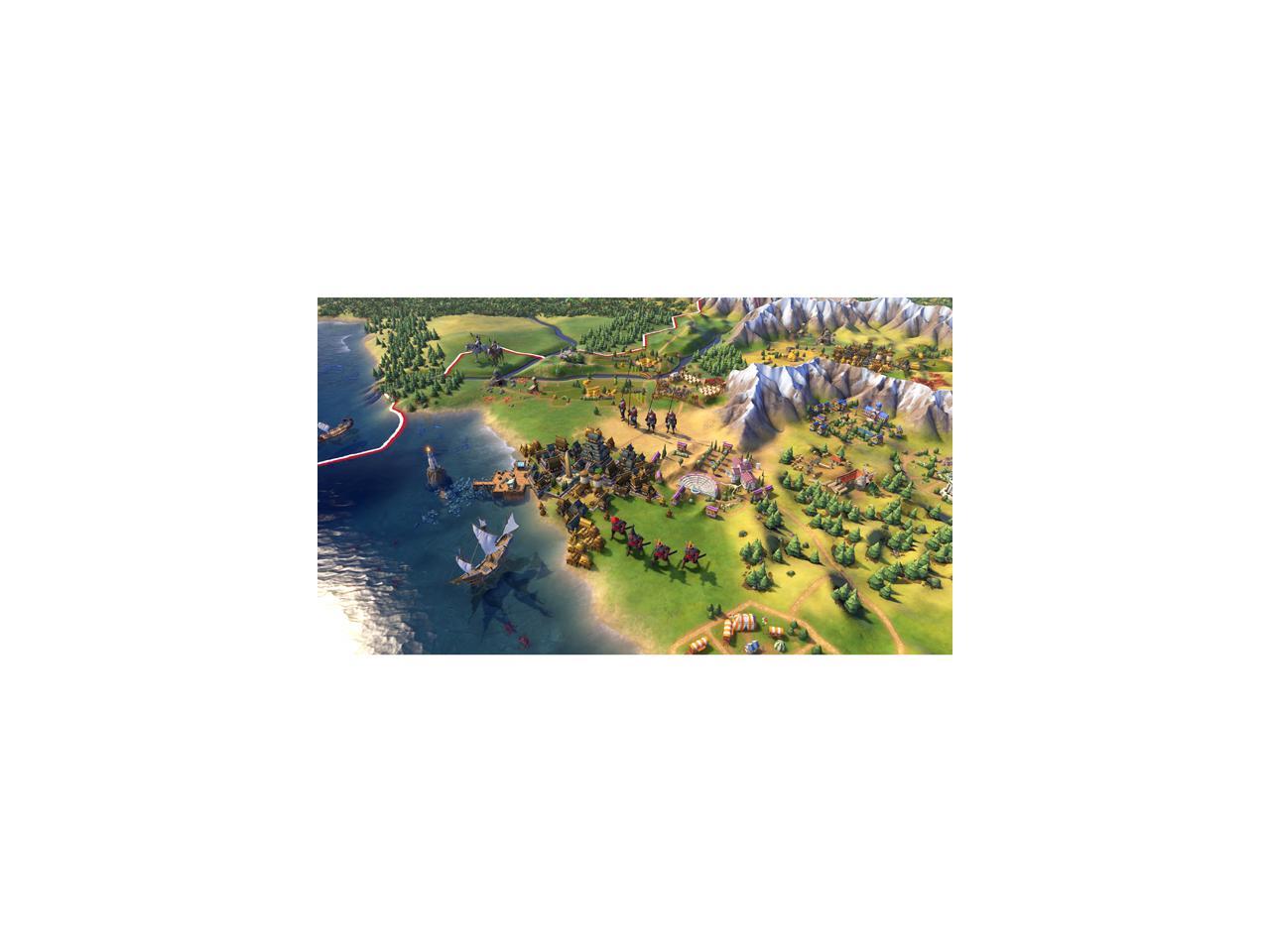 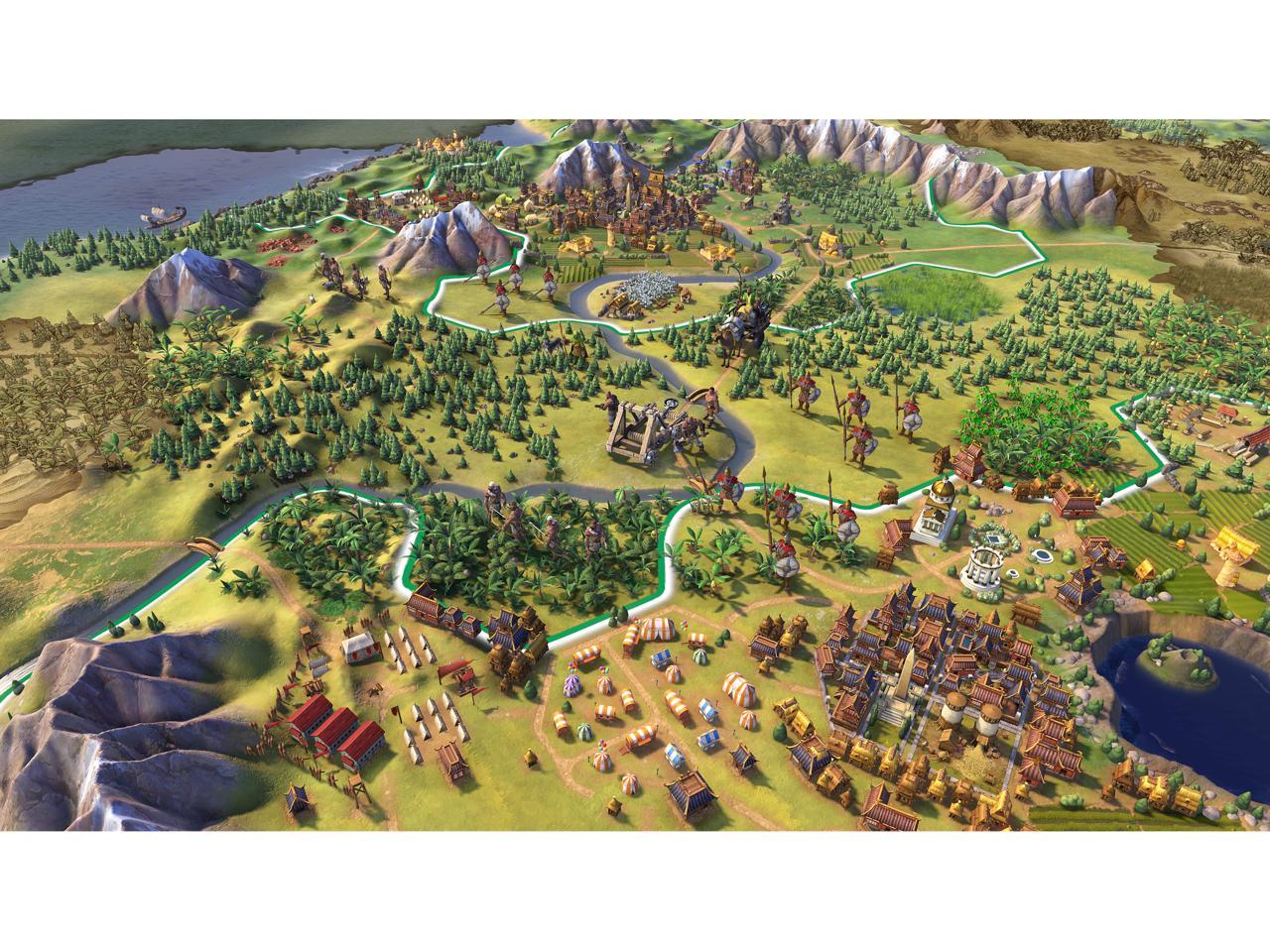 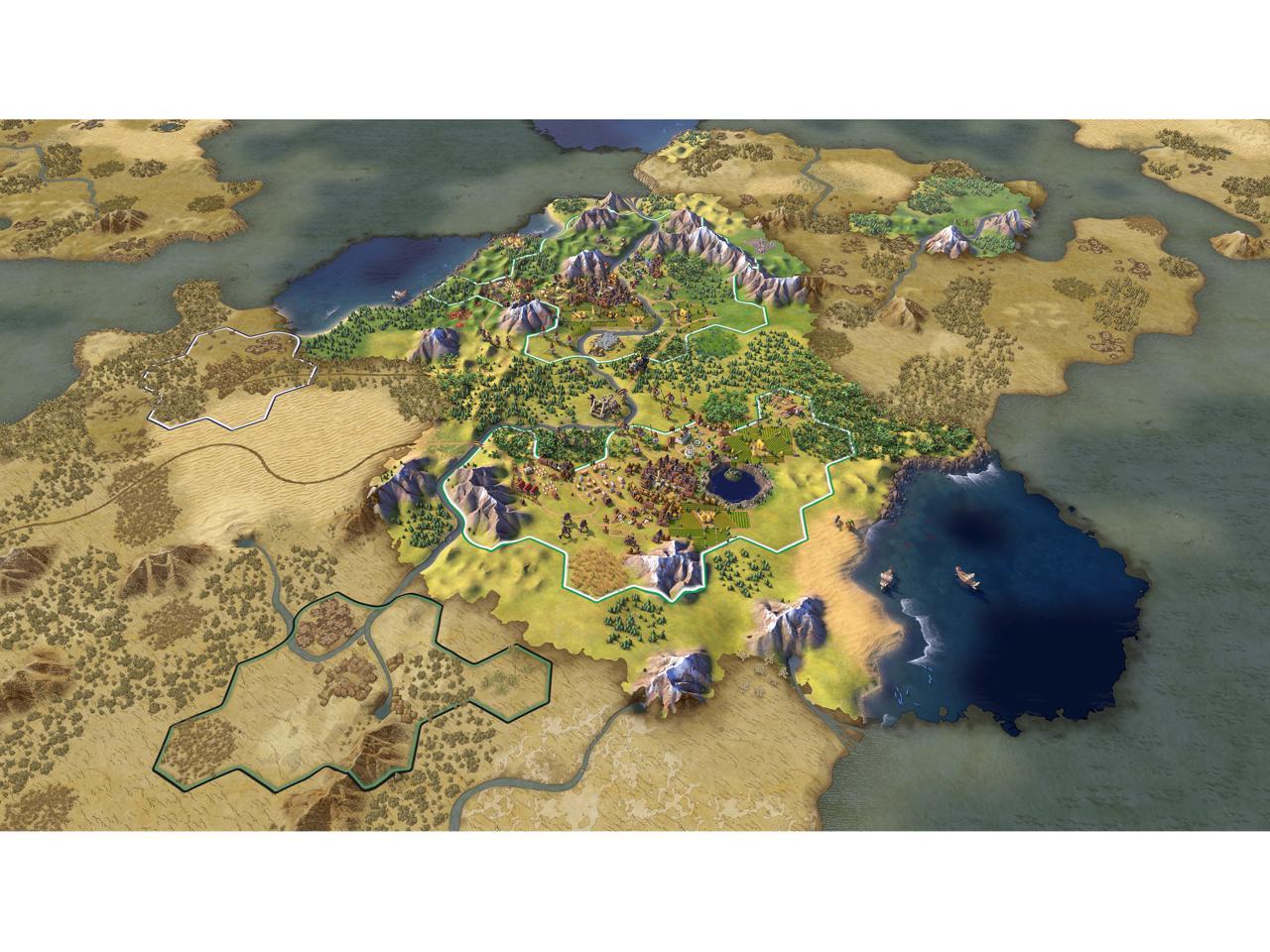 (14) Write a Review
See more "civilization 6"
In stock. Limit 5 per customer.
Ships from United States.
The Digital Download Disclaimer applies to this product. Please note that this product is non-returnable and non-refundable.
Overview
Specs
Reviews Originally created by legendary game designer Sid Meier, Civilization is a turn-based strategy game in which you attempt to build an empire to stand the test of time. Become Ruler of the World by establishing and leading a civilization from the Stone Age to the Information Age. Wage war, conduct diplomacy, advance your culture, and go head-to-head with history’s greatest leaders as you attempt to build the greatest civilization the world has ever known.

Expand your empire further with the Civilization VI Digital Deluxe which includes the full base game, the 25th Anniversary Digital Soundtrack, and access to six post-launch DLC packs* that will add new maps, scenarios, civilizations and leaders for a bundled discount.

* Save vs buying DLC packs a la carte. Individual DLC may be sold separately. If you purchase the Digital Deluxe, do not also purchase these standalone packs, as you will be charged for them. Expansive Empires
See the marvels of your empire spread across the map like never before. Each city spans multiple tiles so you can custom build your cities to take full advantage of the local terrain. Active Research
Unlock boosts that speed your civilization’s progress through history. To advance more quickly, use your units to actively explore, develop your environment, and discover new cultures. Dynamic Diplomacy
Interactions with other civilizations change over the course of the game, from primitive first interactions where conflict is a fact of life, to late game alliances and negotiations. Combined Arms
Expanding on the 'one unit per tile' design, support units can now be embedded with other units, like anti-tank support with infantry, or a warrior with settlers. Similar units can also be combined to form powerful 'Corps' units. Enhanced Multiplayer
In addition to traditional multiplayer modes, cooperate and compete with your friends in a wide variety of situations all designed to be easily completed in a single session. A CIV for All Players
Civilization VI provides veteran players new ways to build and tune their civilization for the greatest chance of success. New tutorial systems introduce new players to the underlying concepts so they can easily get started. Cons: Only con is, when u start a game, b4 you know its the next day irl lol

Overall Review: Can be a bit tedious but it's part of the experience and overall I like the game

Cons: - The governors have not been as interesting as I was hoping.

Overall Review: Worth the savings

Pros: - Familiar interface and process from past Civs, but with added features and dynamics to keep the game new

Cons: - So addictive - you will spend hours and hours on this game

Pros: Took about 15min for the code!

Overall Review: I was not sure if this is for real because on Stream it's sold for $59.99. After a purchase, I got an activation code in 20 minutes. Code worked fine in Stream. Awesome game! Thank you!

Cons: The game is slow - so slow in fact that I went back to playing Civ5. Also, none of your playing option stick - you have to re-select each time you play.

Overall Review: it was a wast of my money.

6 out of 20 people found this review helpful. Did you?