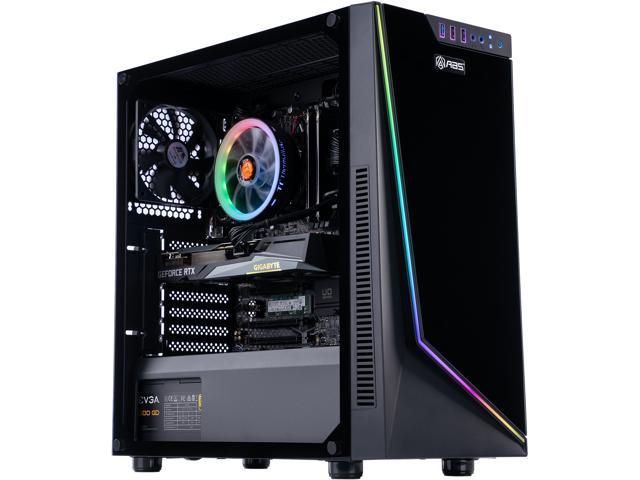 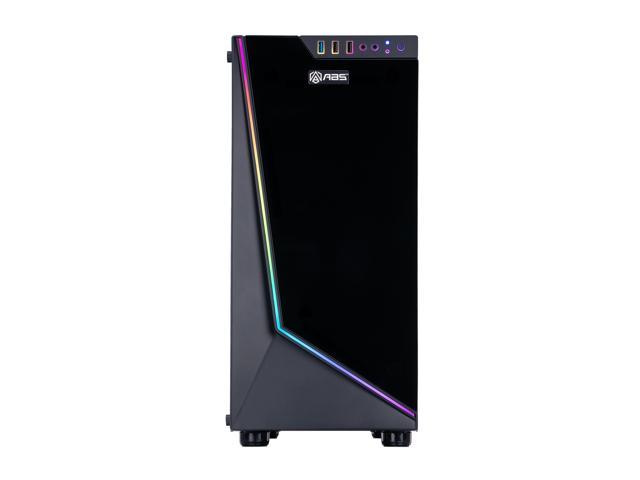 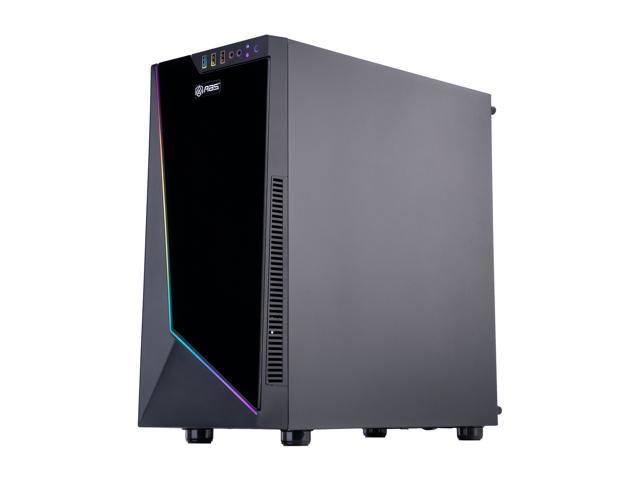 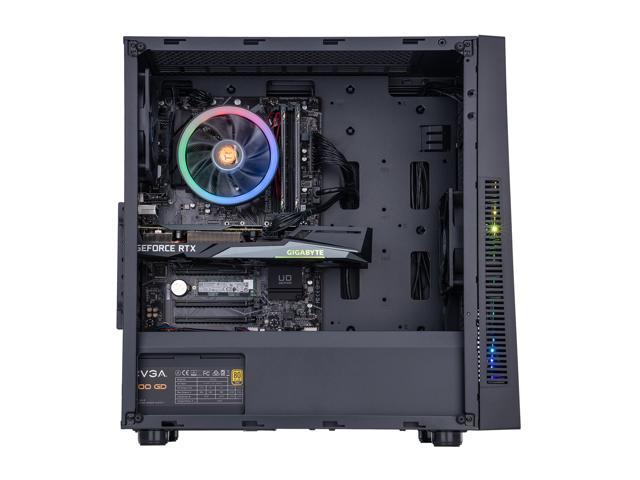 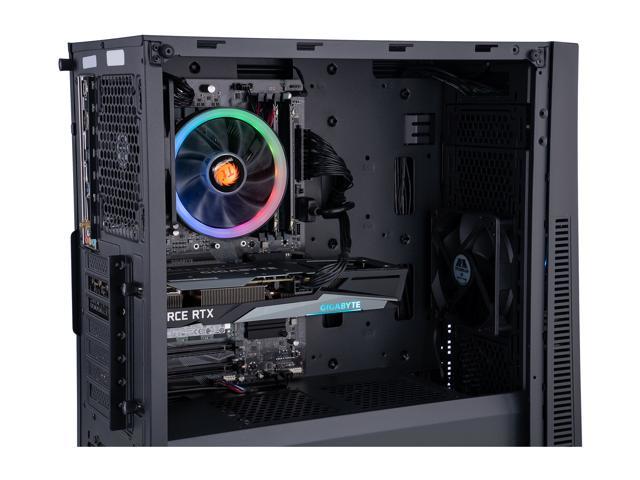 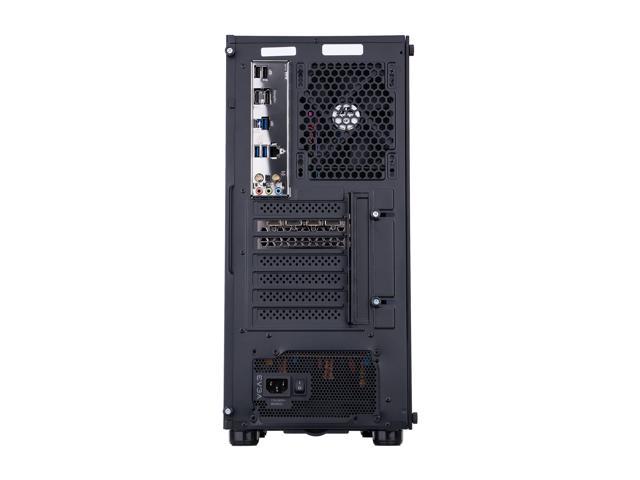 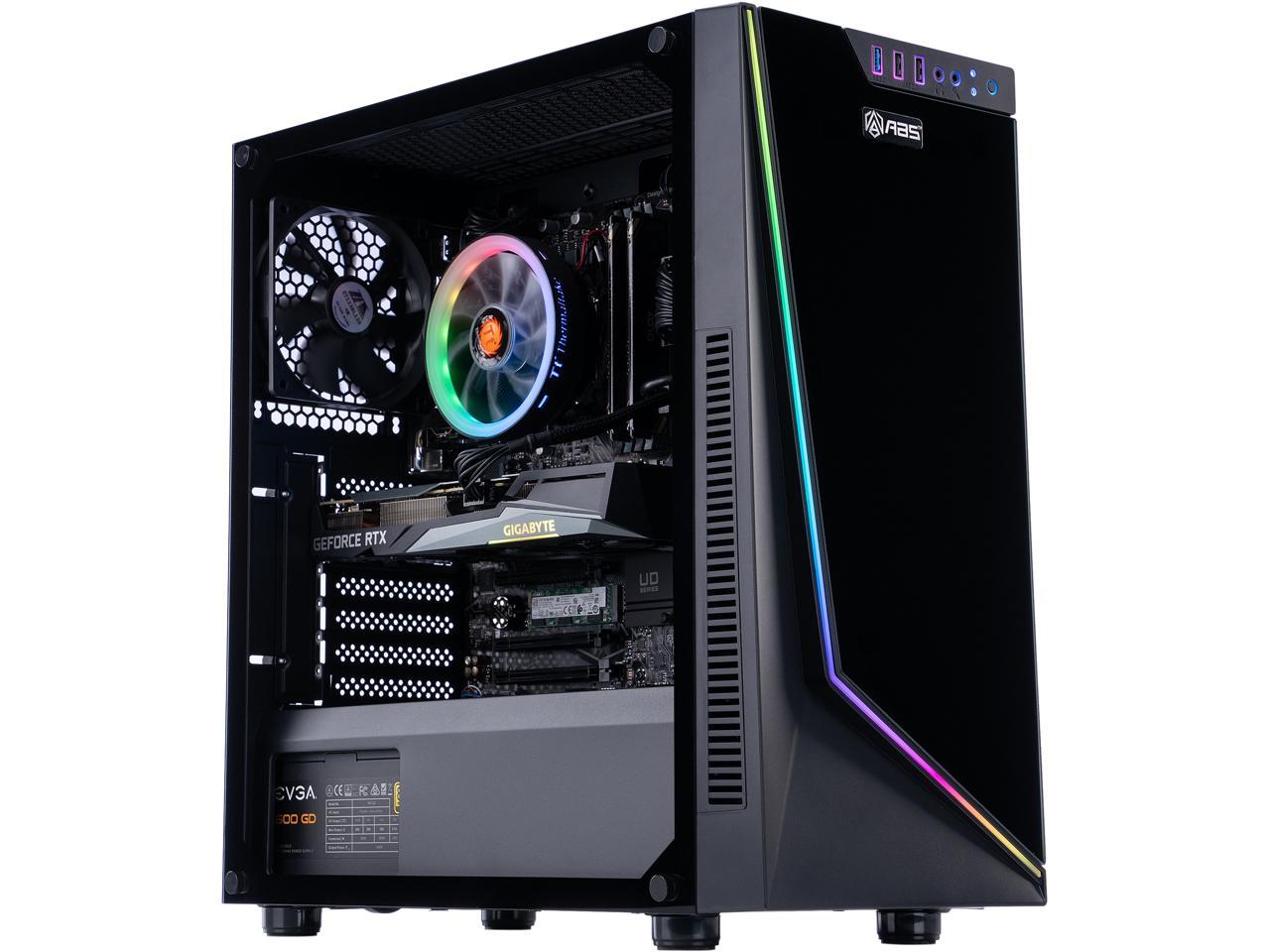 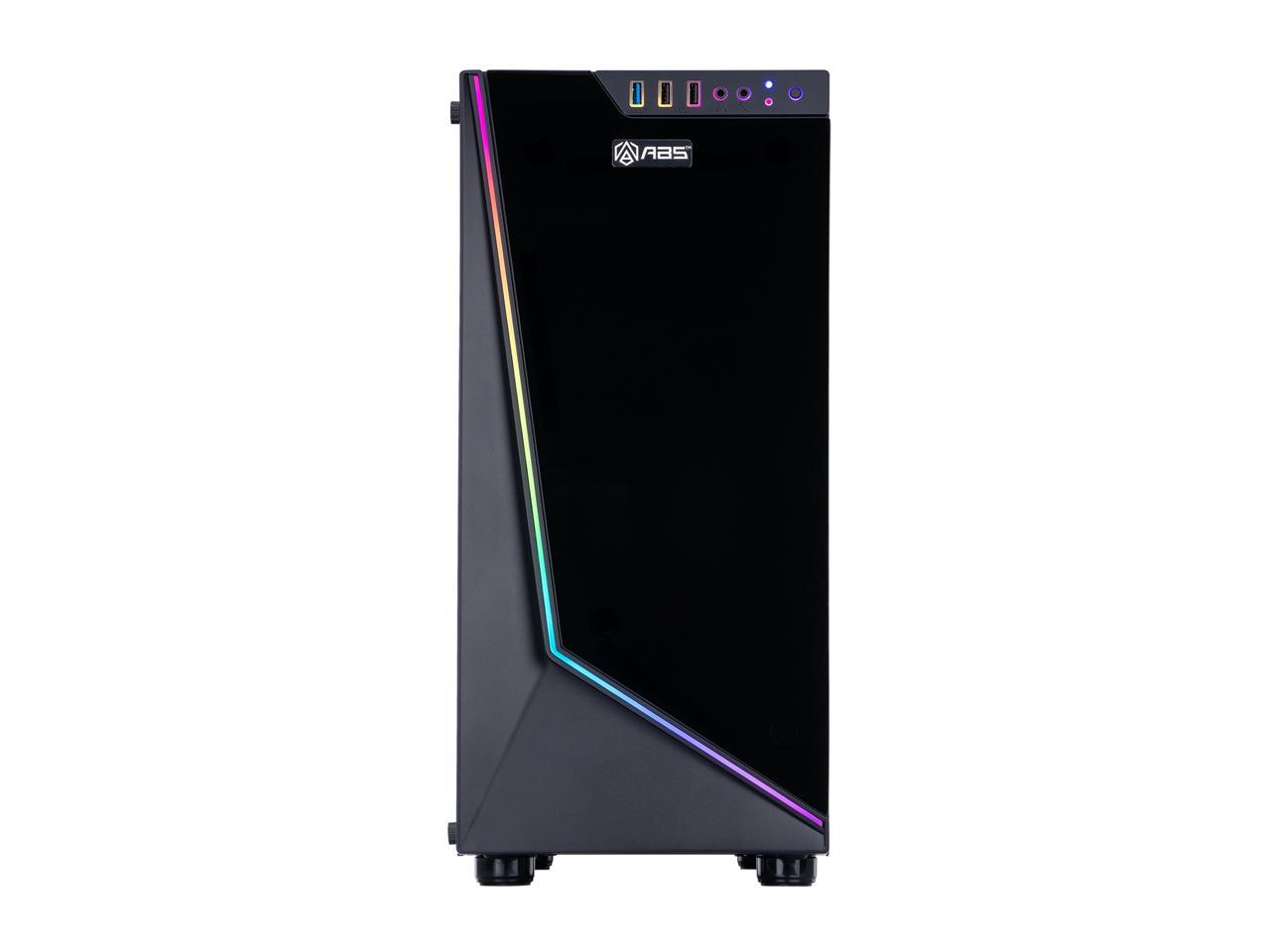 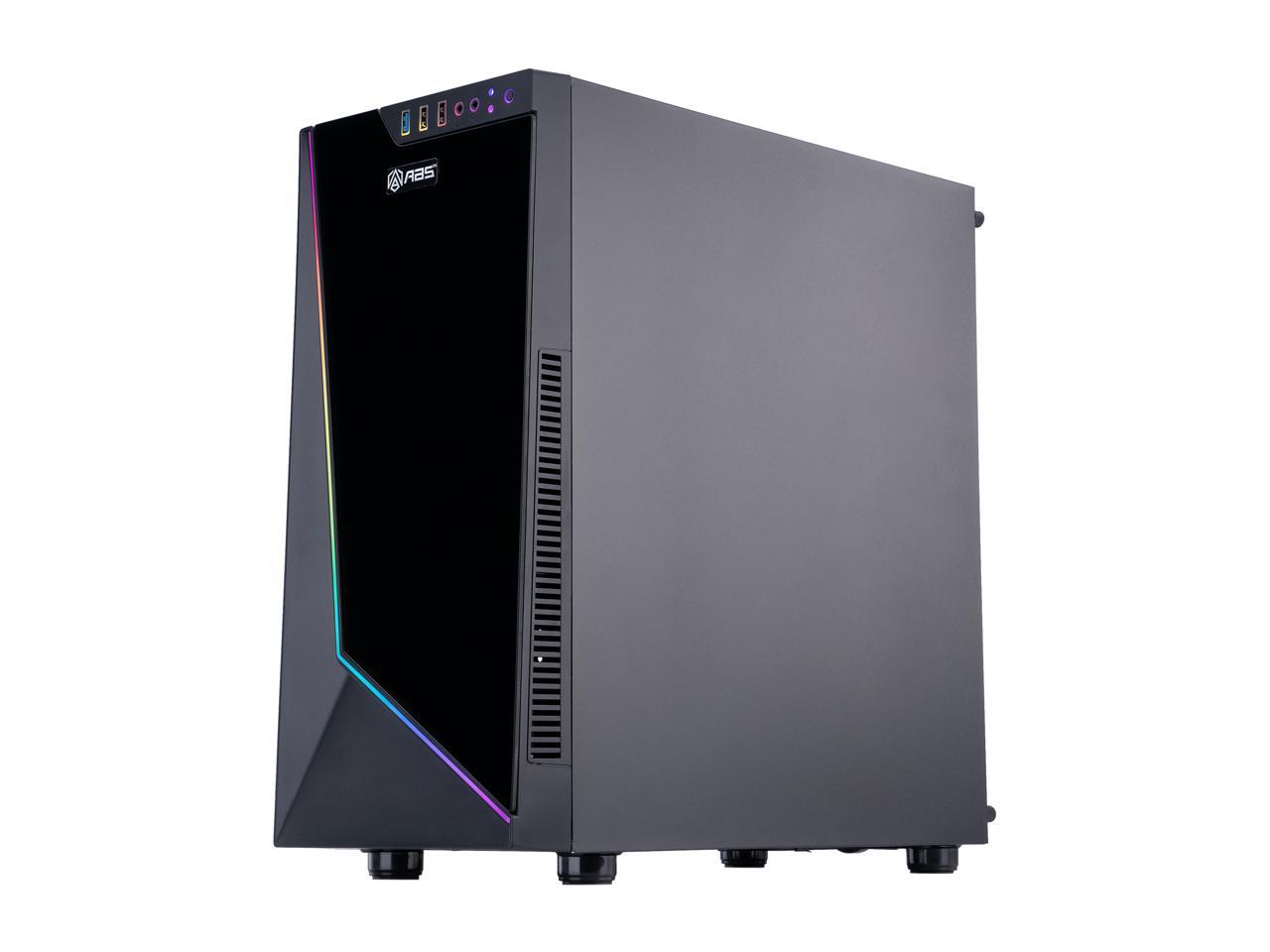 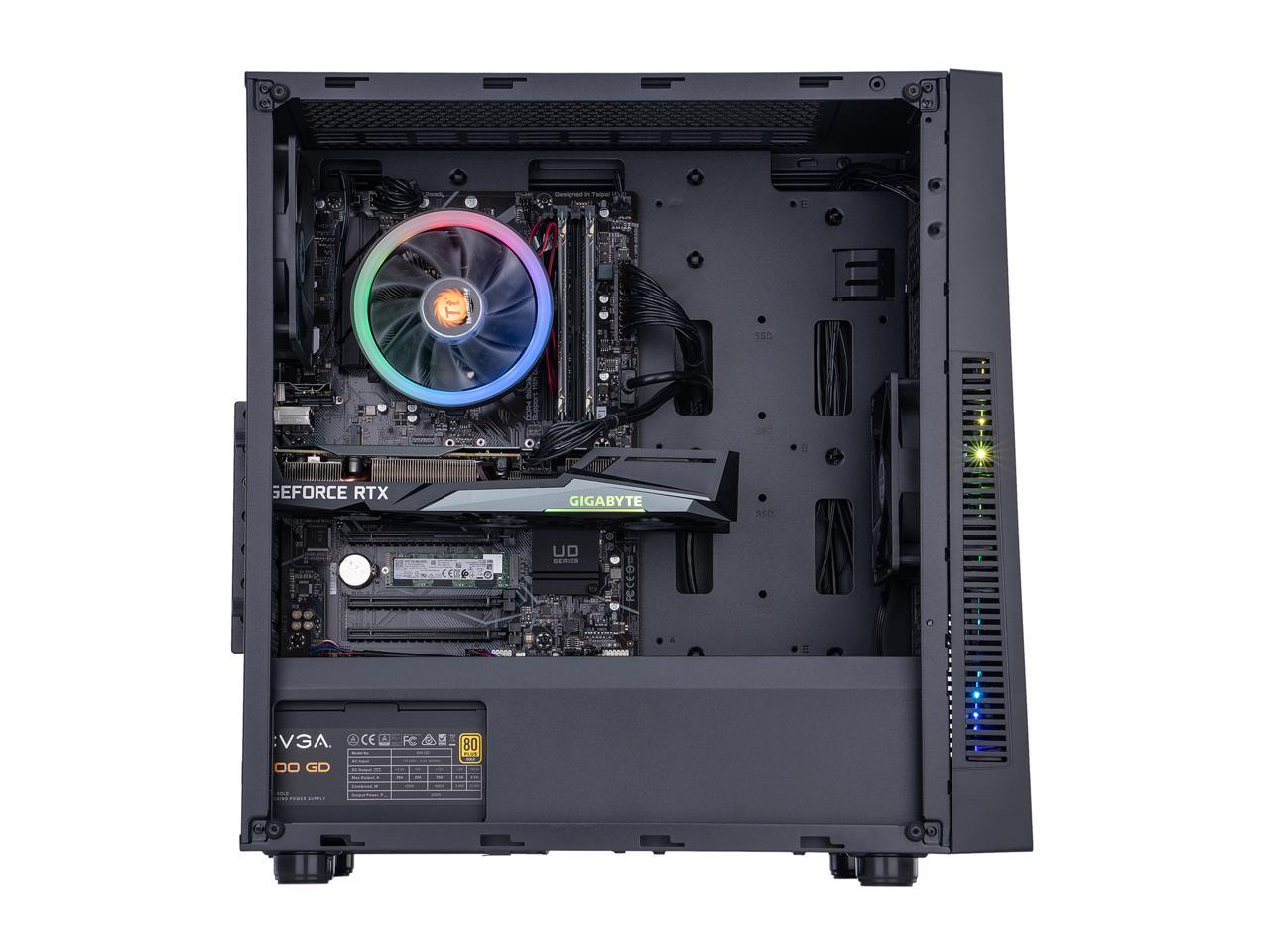 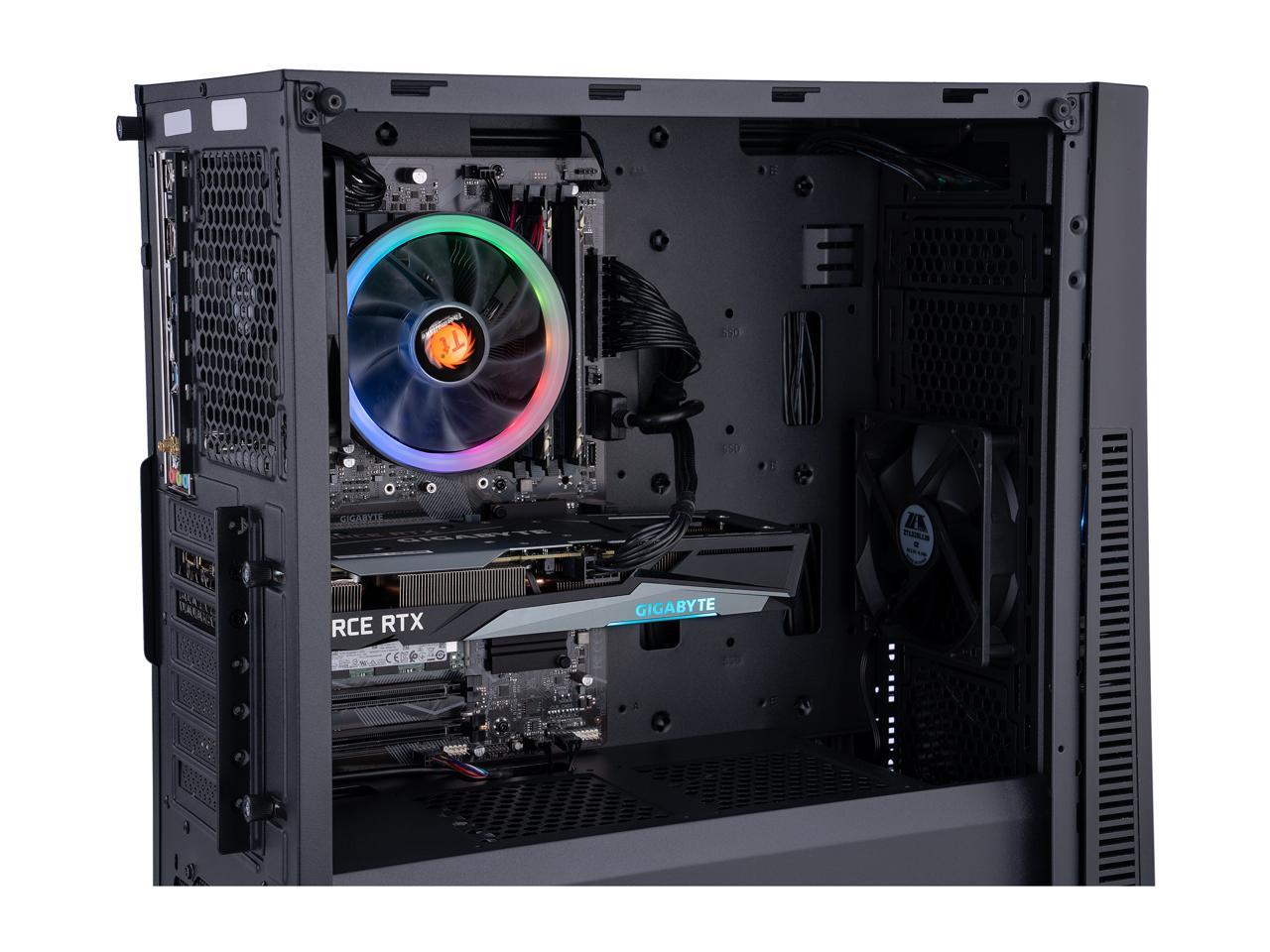 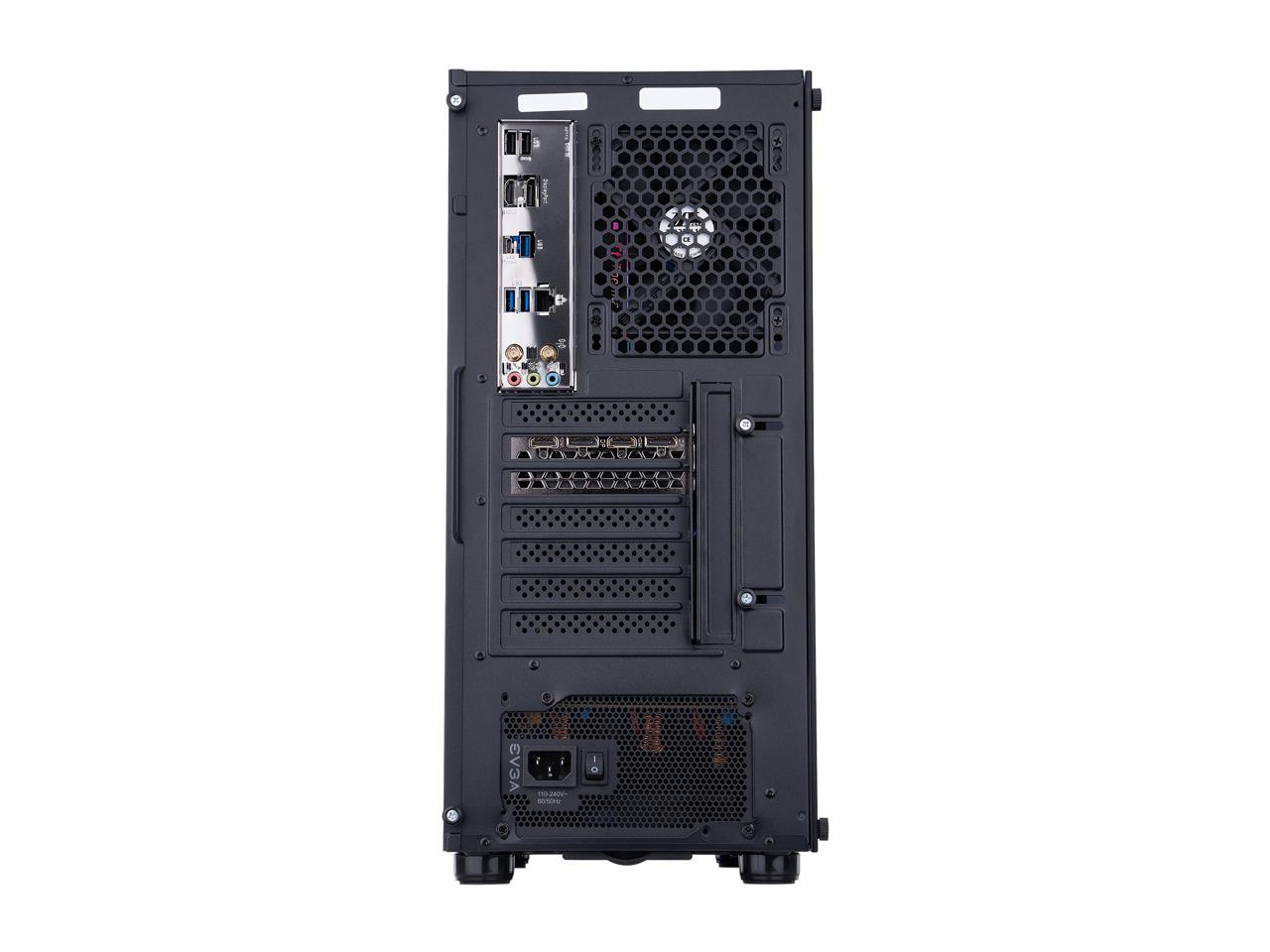 This gaming and multimedia PC blazes through everyday tasks from browsing and socializing to streaming and 1080p gaming. Its mid tower case boasts an LED strip on the front and a tempered glass side panel, giving you an attractive view of the clean build accented with the RGB CPU cooler.

The Intel Core i5-10400F desktop processor supercharges mainstream applications with an optimal balance of frequency, cores and threads. 6 cores, 12 threads, and 4.3 GHz max deliver adequate parallel computing power so you can browse, shop, and game and multi-task without hiccup.

Learn more about the ABS ALI571

Pros: Its a beast

Cons: The only thing I dont like is the 3000mhz ram

Overall Review: I would recommend

3 out of 3 people found this review helpful. Did you?
Manufacturer Response:
Dear Anonymous, Thank you very much for supporting ABS Computers. We appreciate you taking the time to provide your feedback! We strive to make our products better, so I have forwarded your concerns to our assembly team! If you have any questions or suggestions about your product, please feel free to contact customercare@abs.com or call us at (800) 685-3471. We will be glad to answer all your questions in a timely manner. Thank you again, ABS Technical Support
Anonymous
Ownership: 1 month to 1 year
Verified Owner
Great Mid Range Gaming PC, Runs Everything I Throw at it11/28/2021 9:07:16 PM

Overall Review: I ordered this 2 months ago after wanting to upgrade my PC. The price of 30 series graphics cards are super inflated, and I saw this as a great option for the cost. I was a little wary after seeing reviews of other ABS PC's coming with broken graphics cards, or having the graphics card fry after a couple weeks, but with the money back return policy I figured I would try it out. It arrived in perfect condition, packaged very well. The mouse and keyboard work perfectly and were great additions. I took the first few weeks pretty slow, not downloading anything that I didn't want to lose if it broke. Nothing went wrong with the graphics card for me, and everything works perfectly! I've downloaded and tried a ton of games and have been able to play everything I've loaded at a solid 60 fps on ultra settings. I've tried everything from the new Guardians of the Galaxy game, Halo Infinite, Battlefield 2042, League of Legends, Valorant, Minecraft, and others with absolutely no problems, this computer gets the job done. I currently don't have a monitor that will let me go above 60 fps, I'm still waiting on it to arrive, so I can't speak to the max framerate on these games, but with solid 60 fps on Ultra graphics it's definitely a great bang for your buck and will perform very well with anything you throw at it. It comes with wifi antennas that you can put on the back of your PC, and that's what I've been using while I wait to install an accessible ethernet cord. For the most part things have been alright, but I have had some trouble downloading different games with my download speed being very low despite having great internet and having no troubles on the laptop I use right above where my tower is, but that could be just the position of the PC in the corner of my room behind a desk, so we'll see if it still has troubles when connected by ethernet cord. I've had very little trouble when playing games, just occasional ping spikes while playing, but again that could just be the position of the tower or a wifi only problem. The motherboard comes with 2 SATA cables, but no racks for internal storage. I installed a 4 TB hard drive a couple weeks ago, and all I had to do was take off the 2 side panels, extremely easy to do with a basic screw driver, cut a zip tie that was holding the cords neatly behind the power supply, and lead one up into the main body of the PC and connect it to the hard drive. The SATA cable that came with the motherboard works well and the ports are just behind the graphics card facing the front of the PC making them not super easy to access, but not terrible. Without an internal rack I have my internal Hard Drive just laying on the bottom of the PC on the flat part separating everything else from the power supply, so that would be one thing that might cause some people pause is the lack of racks for internal storage, but for my one hard drive its not too bad. The only other comment I have is that the front panel is made of plastic and does seem a little flimsy, so when moving the tower I avoid grabbing it in the front whenever possible. Overall this PC is a great value for the price, especially right now with the current price of a 3060. It plays everything I throw at it super well, has great cable management, and all the temperatures of the components have stayed in a great range as I've been closely monitoring them through different levels of stress. I would recommend this to anyone wanting a mid range gaming PC, maybe even over building your own because of the GPU price right now. Just be wary of defective graphics cards, watch the temperature on the parts after you get it, and be ready to upgrade the storage because it doesn't come with too much.

Pros: Nice case, good cable management, i didnt have to set up anything it was good to go, i like the keyboard and mouse thats included, came with a free game

1 out of 1 people found this review helpful. Did you?
Manufacturer Response:
Hey Jeffrey! Thank you very much for supporting ABS Computers. We appreciate you taking the time to provide your feedback! If you have any questions about your product, please feel free to contact customercare@abs.com or call us at (800) 685-3471. We will be glad to answer all your questions in a timely manner. Thank you again, ABS Customer Support
Anonymous
Ownership: 1 day to 1 week
Verified Owner
Great Product / No Issue10/16/2021 7:04:03 AM

Overall Review: Great product with no issue so far.

Pros: Everything came out of the box working. Cables looked good. Runs games at high refrest rates and they all look good.

Cons: CPU- the CPU and GPU combo arent the greatest. CPU is older than the GPU and could of been upgraded. Fans- There is only one in-take fan in the front so it is possible that it could thermal throttle.

Overall Review: Pretty good. Somethings could of been upgraded but overall a decent buy. I didn't get a gift card or anything to buy this btw.

1 out of 1 people found this review helpful. Did you?
Manufacturer Response:
Hello Cameron! Thank you very much for supporting ABS Computers. We appreciate you taking the time to provide your feedback! We strive to make our products better, so I have forwarded your concerns to our assembly team! If you have any questions or suggestions about your product, please feel free to contact customercare@abs.com or call us at (800) 685-3471. We will be glad to answer all your questions in a timely manner. Thank you again, ABS Technical Support
brayden r.
Ownership: 1 day to 1 week
Verified Owner
Great to use11/30/2021 6:29:44 AM

Pros: -The pc can run mc at 76 fps meaning games like wolfenstien and gtaV will run great -the leds work great -the case is great -Really good if your on a budget

Cons: -the fan cooling the cpu has no led acsess -you could run into errors while trying to run games -3000hz ram isnt great - has gigabyte startup screen for some reason

Overall Review: Great overall the cons i listed were pretty minor and can be fixed

Overall Review: I recommend ! On shipping i got the gpu defect, i contact newegg and in less than 1 week i receive my new gpu to replace the defect one !

Pros: This package came undamaged and in operational shape. Setup went without a glitch. Included hardware was as advertised. Lots of lights, pretty tempered glass side case. Worked as advertised, pretty lights (if you like that stuff), no bloatware, NVIDIA RTX 3060, MSI Mouse and solid Keyboard are excellent. Plays Fortnite at 60 FPM, with excellent response (I'm not a serious gamer.) It's been running for 16 hours now, with temperature at 45 degrees C.

We want to ensure your holiday shopping this year is hassle-free. That’s why we’re automatically extending our return policies on almost every product! For purchases placed between November 1, 2021 and December 24, 2021 you will have until January 31, 2022 to return your product. There's nothing additional that you have to do!