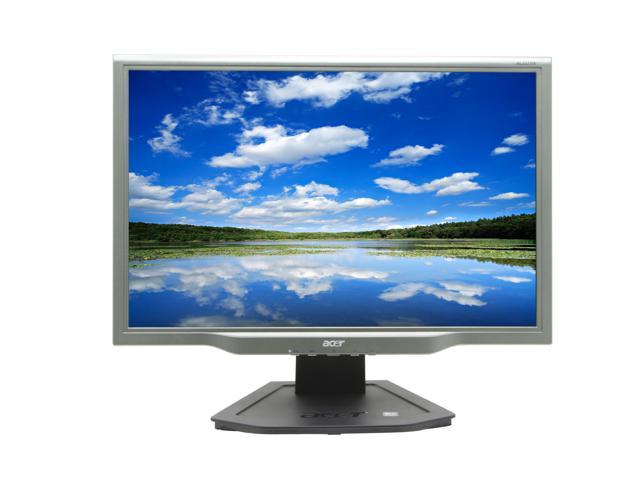 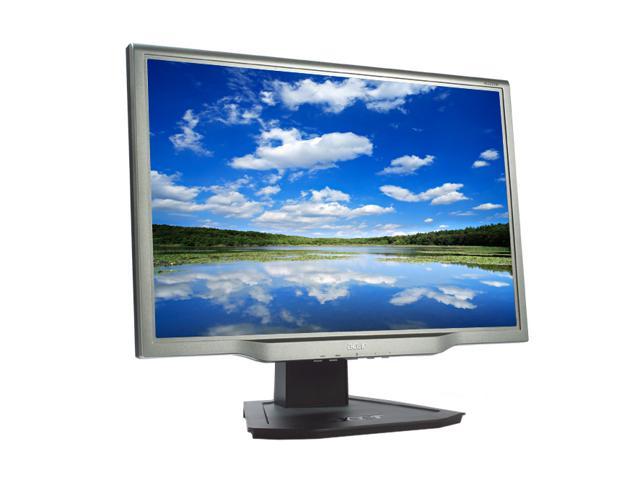 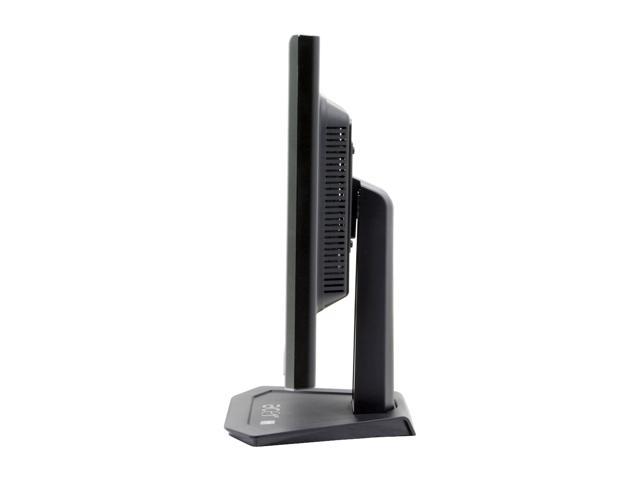 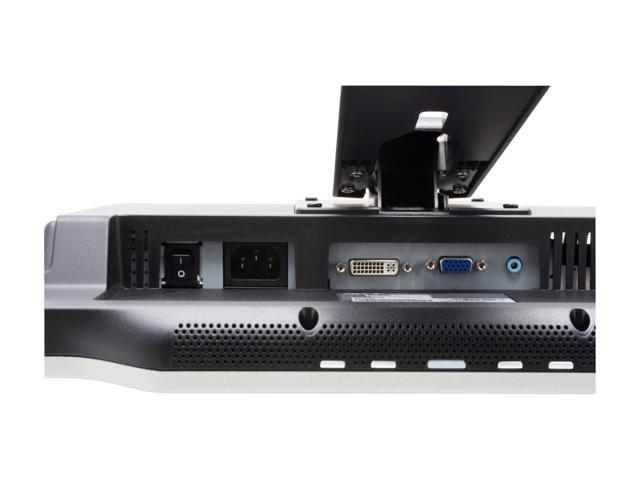 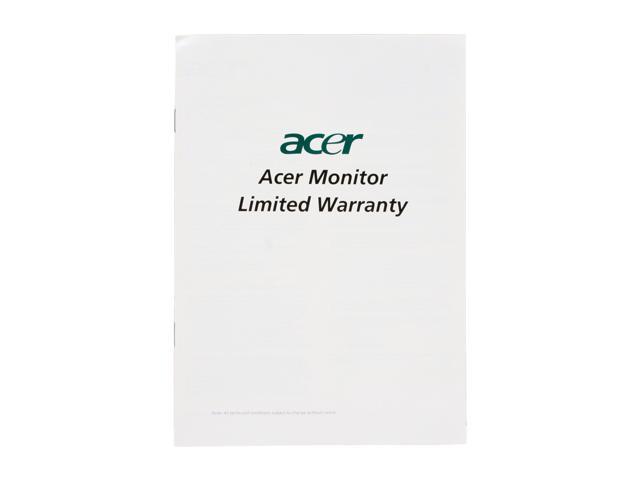 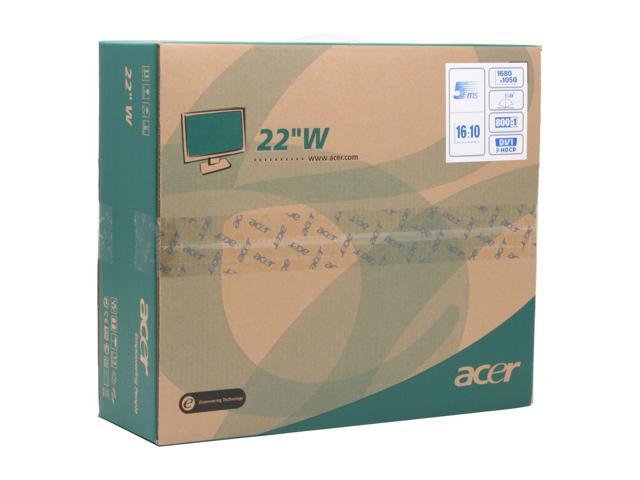 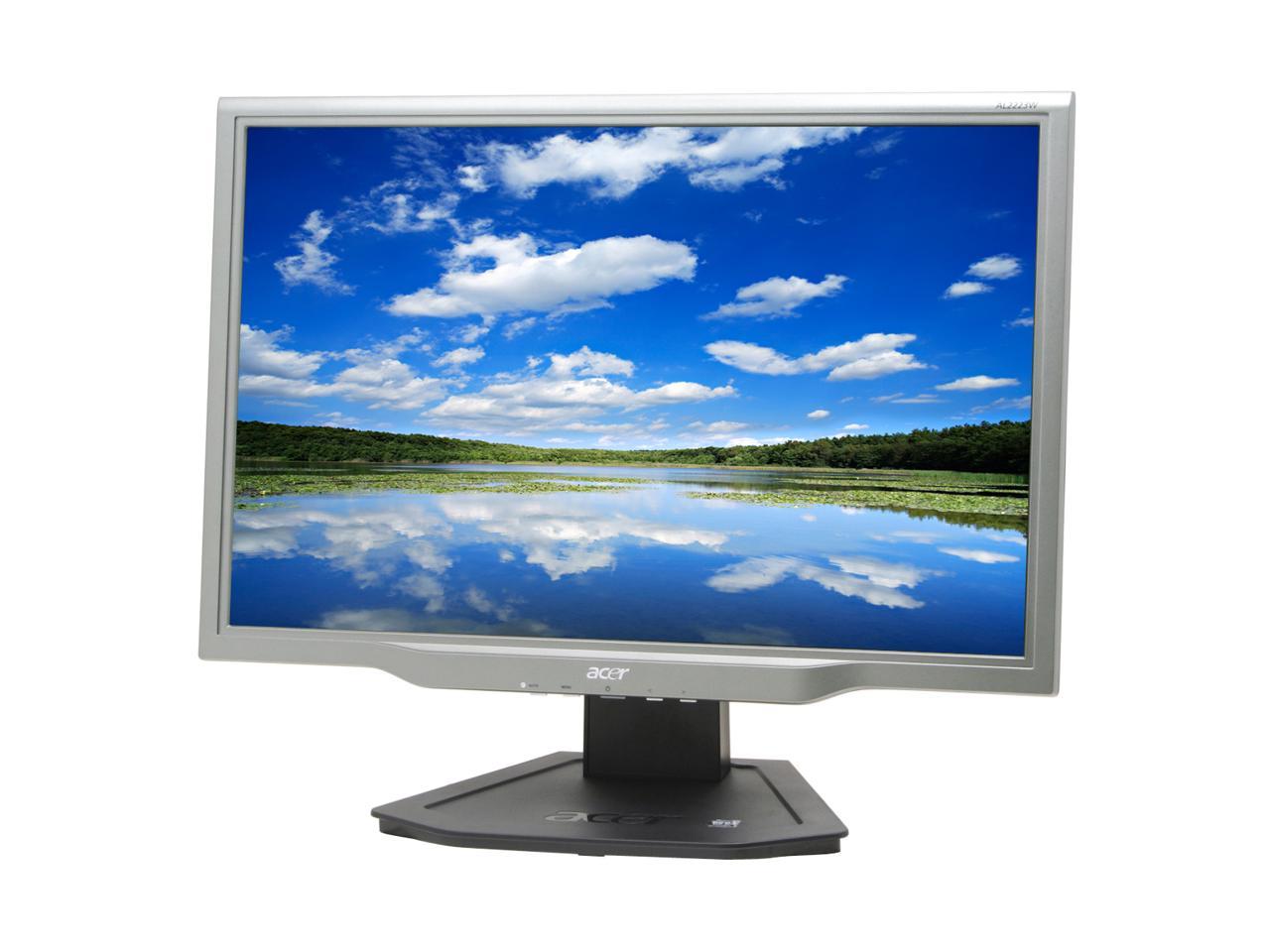 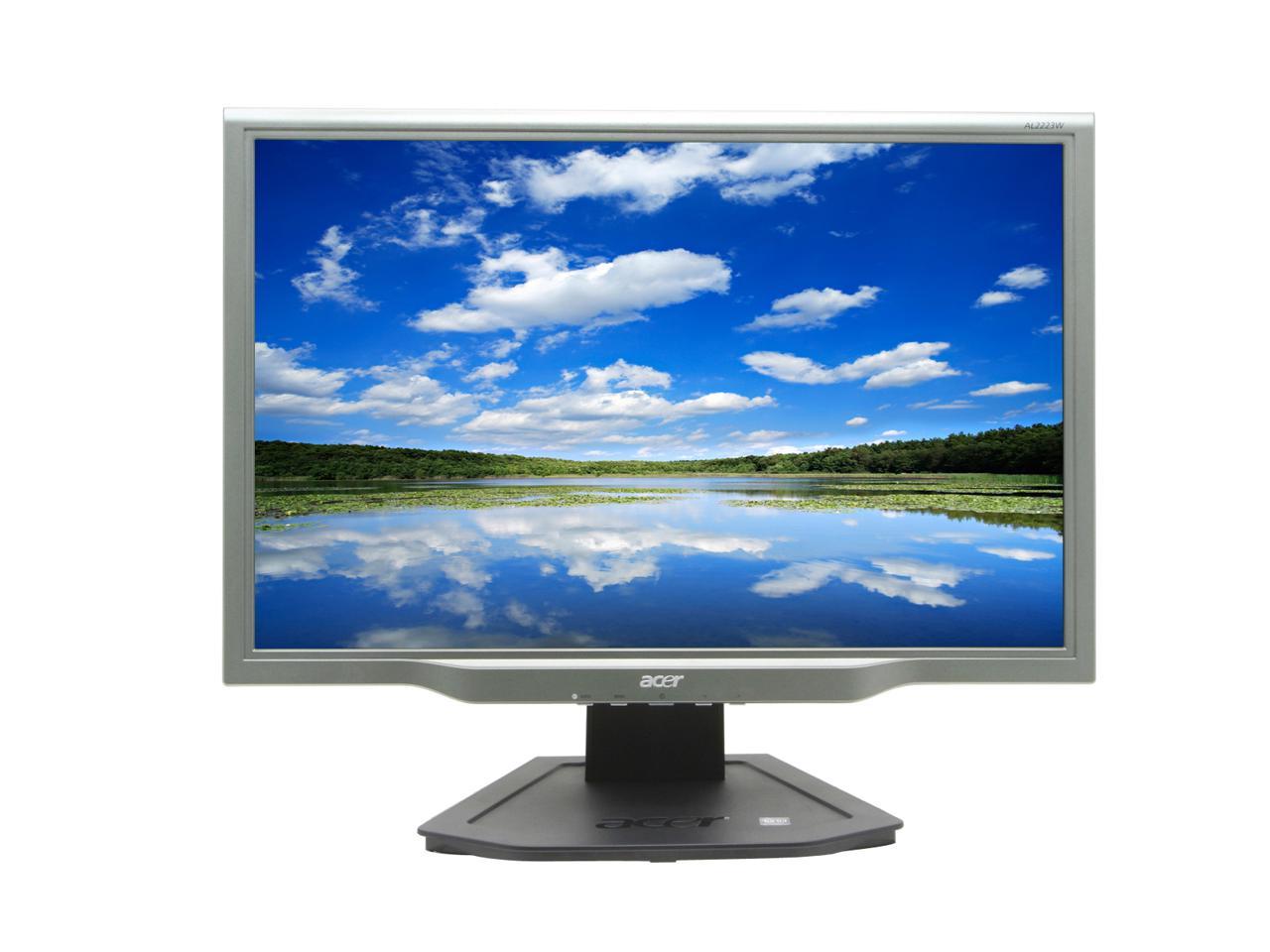 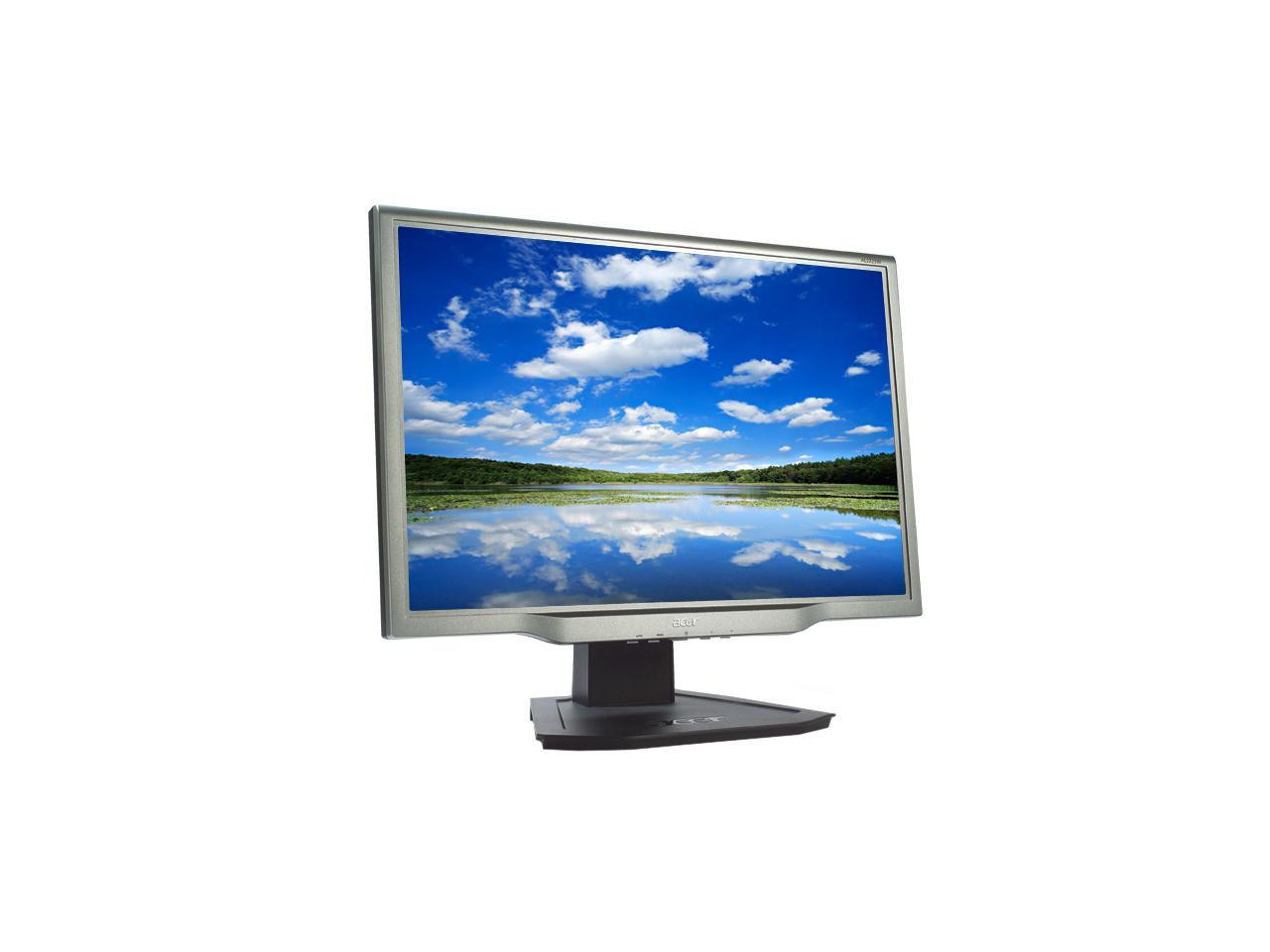 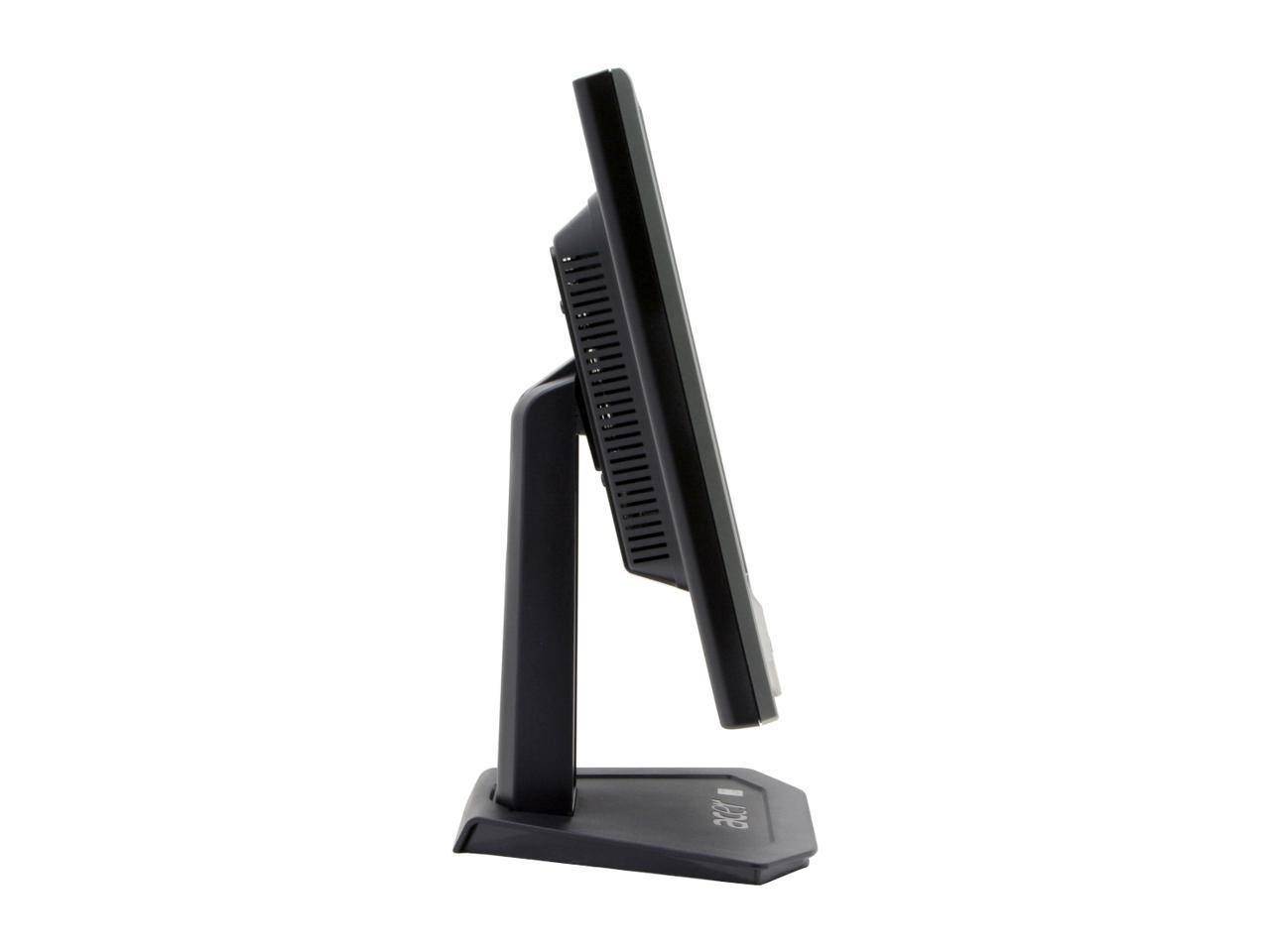 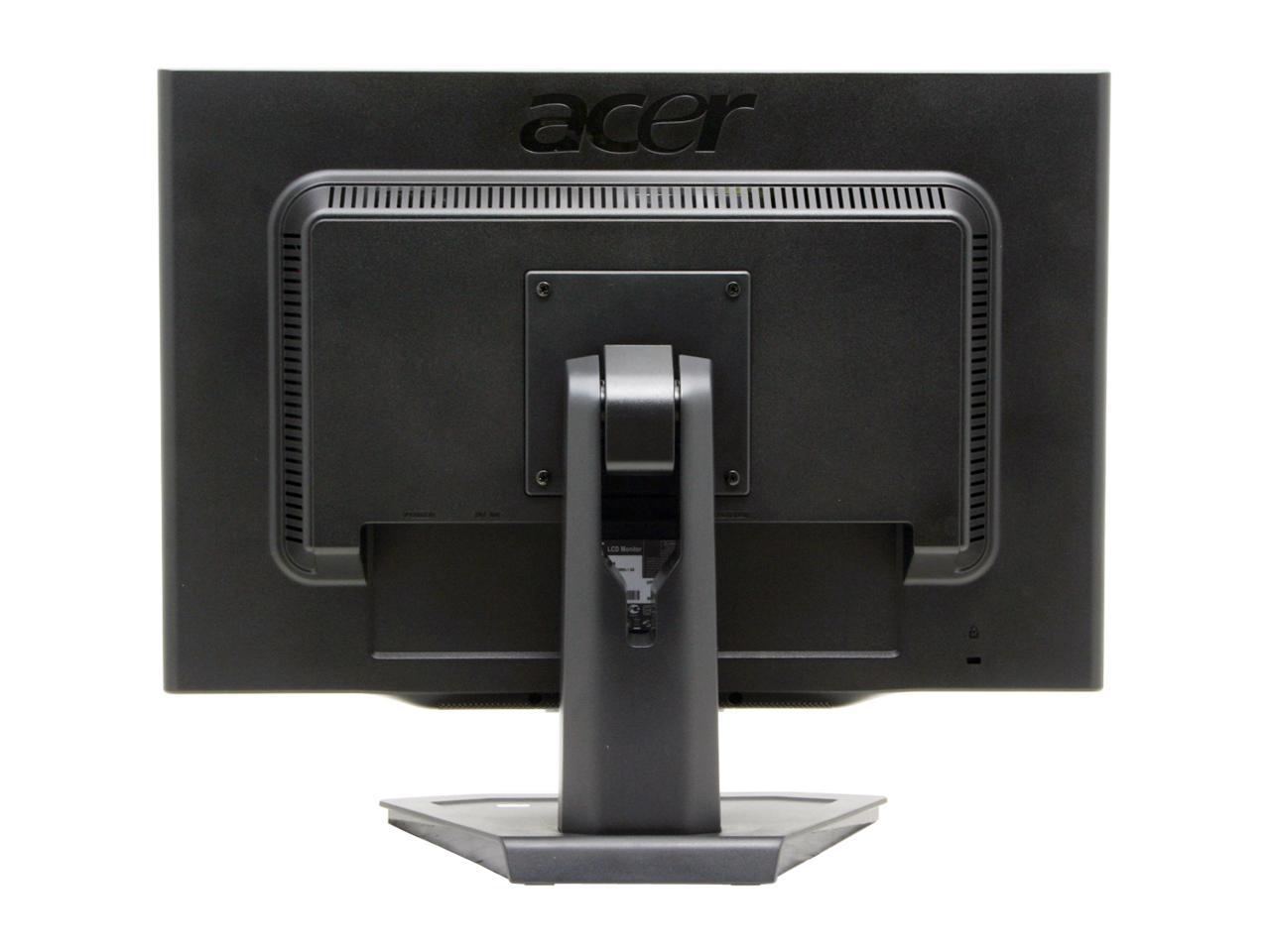 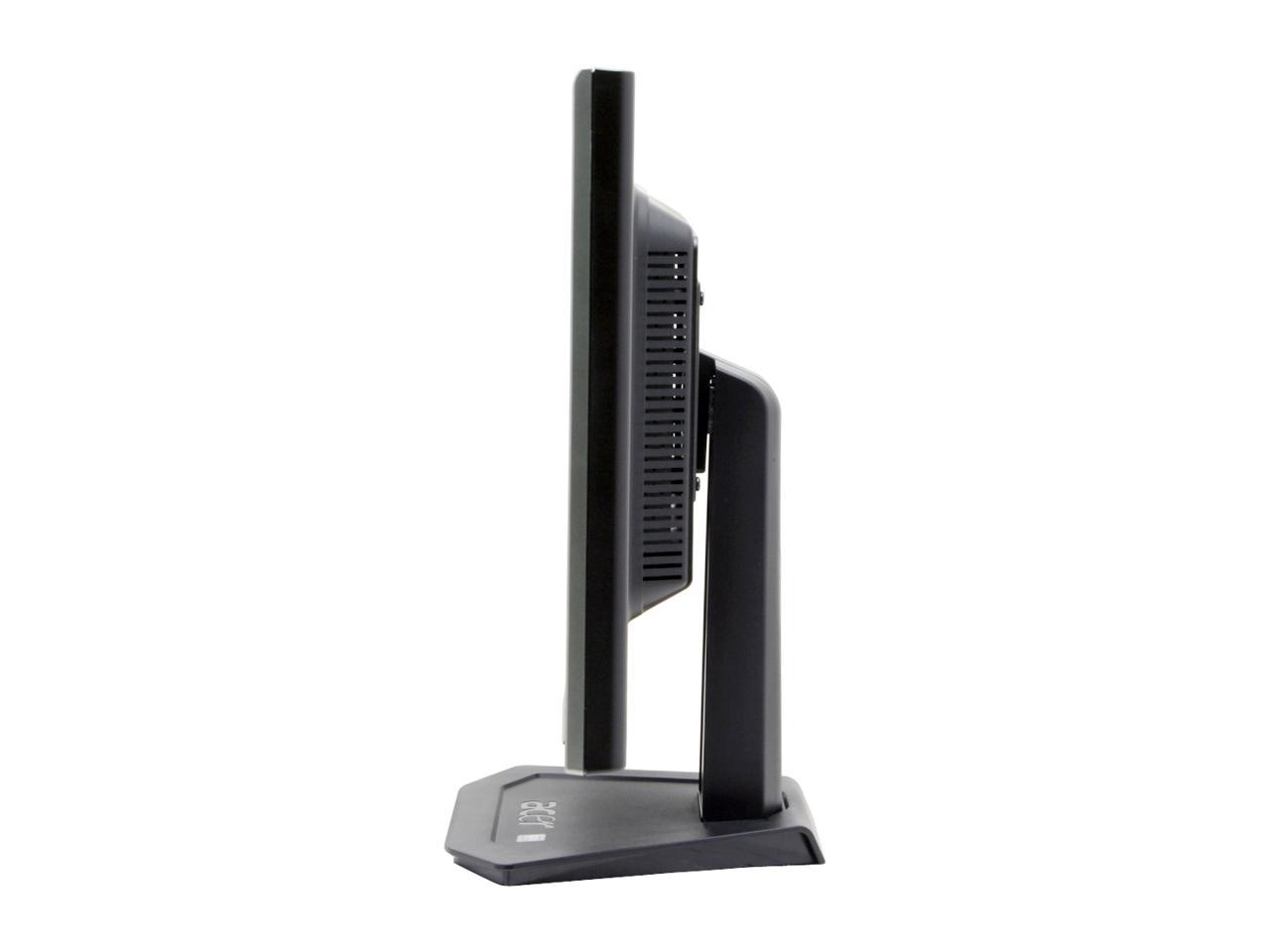 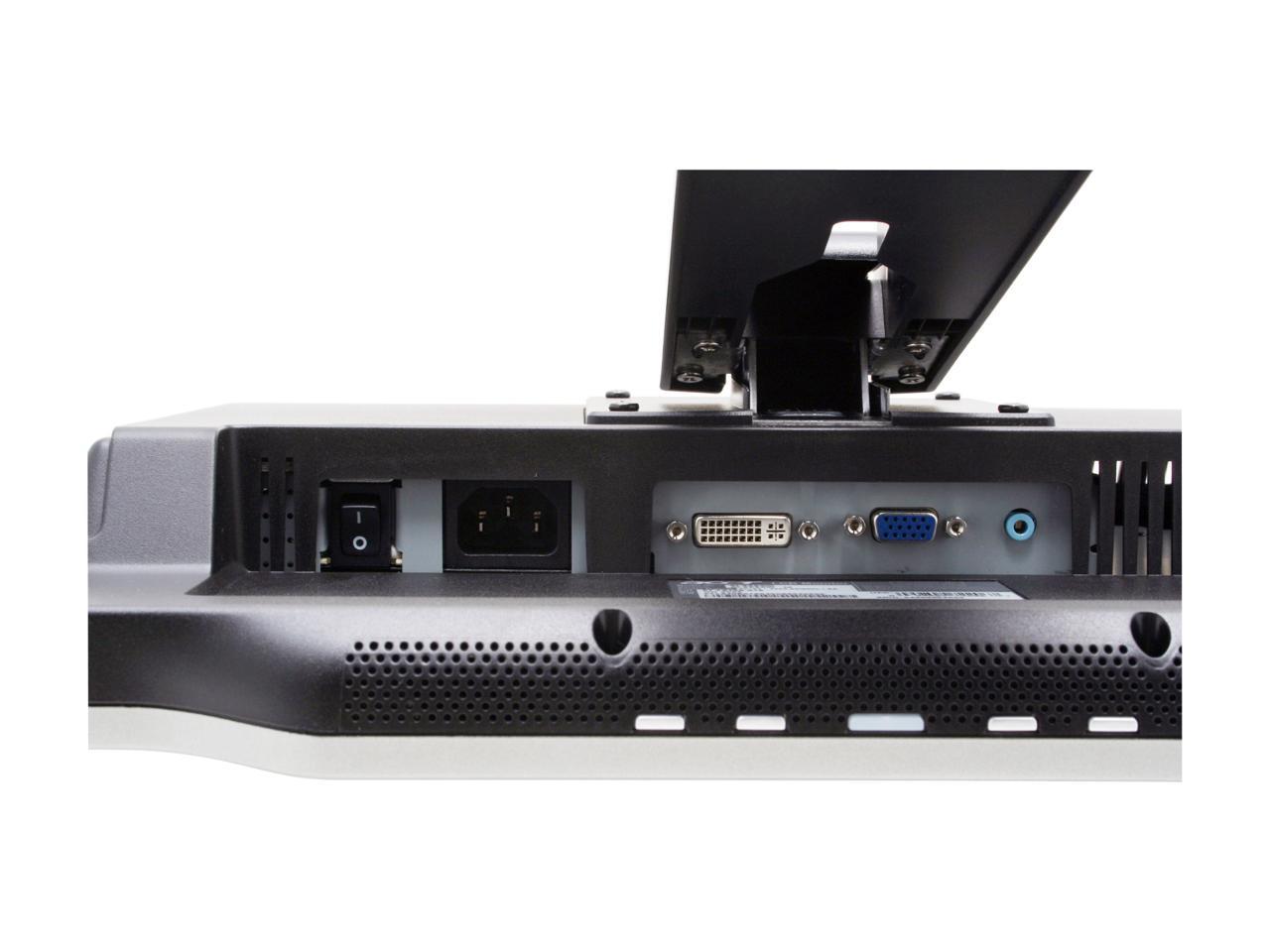 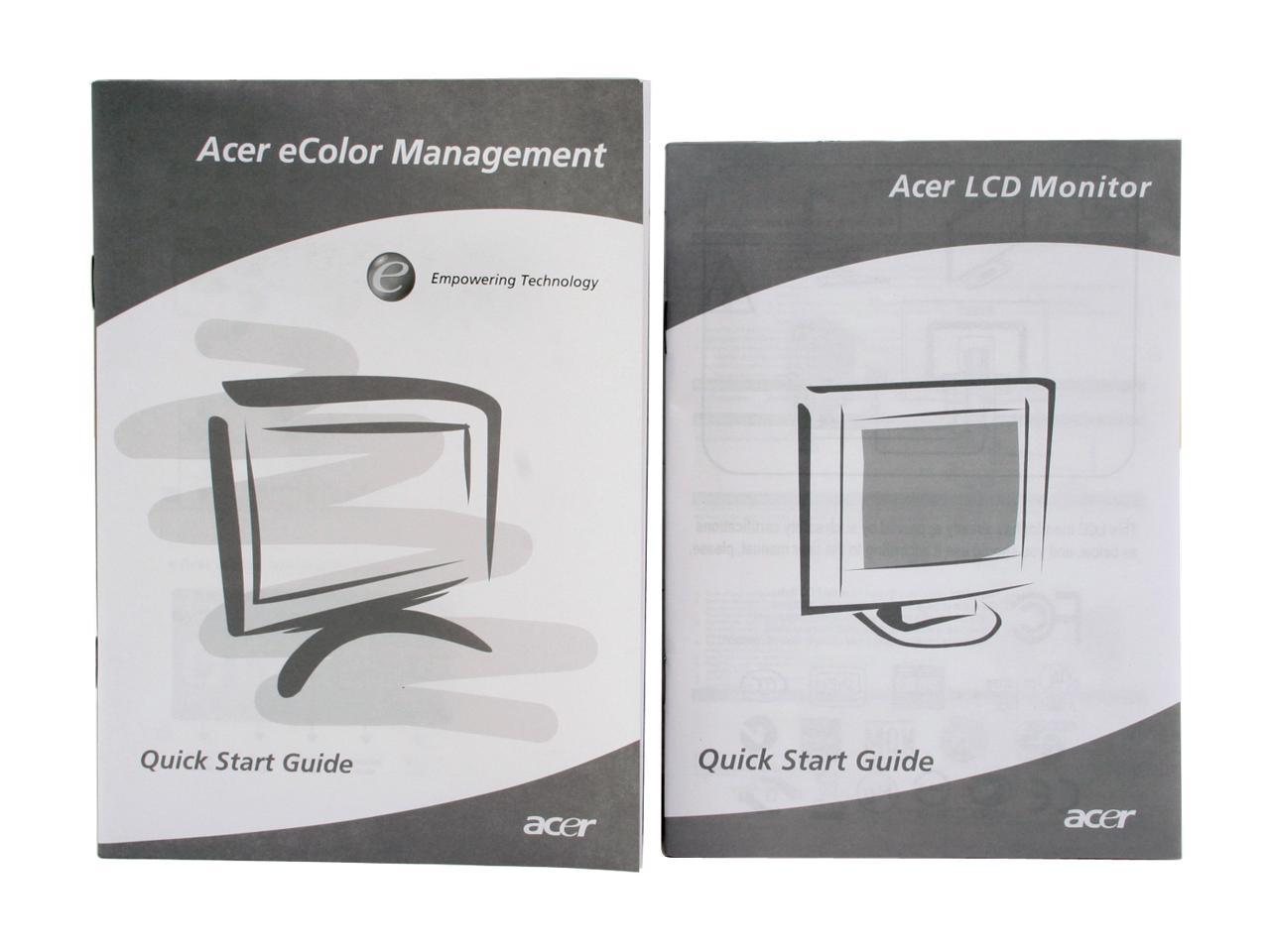 (617) Write a Review
OUT OF STOCK.
Overview
Specs
Reviews
It may have an attractive black case with sleek silver trim, 1680 x 1050 resolution, a bright 300 candela per square meter with 800:1 contrast ratio, and a fast 5ms screen latency, but this is not a twenty-inch monitor like you might expect. It's a twenty-two inch monitor at around the same price as some twenty-inchers.
Two 1.5 watt speakers are built in, and it accepts both VGA and DVI inputs, shows 16.2 million colors, has a 16:10 ratio screen, and a wide 160 degree viewing angle both vertically and horizontally. Nor does all this viewing power come at the expense of electrical power: it uses only 44 watts while running and a very miserly 0.8 watts in standby mode.
This Acer monitor received eight out of a possible ten on a major review site, and 96% of customers rated it a four or better out of a possible five. Could this be YOUR next monitor?

Pros: Great size!! I love the size of this thing. Games are more frequently coming with support for Widescreen monitors. In other words it doesnt just stretch the picture out, it gives you a better view. :)

Cons: Letters on websites still a little blurry, but Im learning how to tweak it.

Overall Review: I wrote a review last week stating that the colors are a little washed out and the panel controls on the monitor didnt help too much. Going into my video card controls is where the magic is found for this problem. Slight adjustments to the gamma and the vibrance made a world of difference and this monitor is every bit as vibrant as my 17 inch viewsonic that cost 500. If you are on the fence on this one and need affirmation, go ahead and buy it. You will not be sorry.

Pros: Absolutely enormous. I'm coming from a 15" so you can imagine how big of an upgrade this is. VERY bright and no dead/stuck pixels as far as I can tell.

Cons: The speakers are a joke, they should've switched them for a height adjustable stand. Don't buy this thinking you won't need real speakers, you will (unless you don't care how it sounds). I feel like I'm gonna break something trying to adjust the tilt.

Overall Review: I'm running a 8800gtx on this, it won't display 1680x1050 properly. You'll need to go into Nvidia Control Panel, Advanced View, Manage Custom Timings. Create a new one with 1680x1050 for resolution and change the timing standard to DMT (I've found CVT also works, haven't tested the others). Voila, no more blurriness with the video card at 1680x1050 and the monitor thinking it's 1600x1200.

Pros: Super graphic monitor at a price that is great

Cons: Takes a bit to get used to. Very intense contrast and size

Overall Review: I have a sign and graphic shop. I love this monitor and have purchaced 2 so far. We plan to get a few more in the next 6 months.. Monitor works great on XP and Vista.. Would suggest to many....

Pros: This monitor is an absolutely excellent buy. The display is amazing, and the price is unbeatable. I was initially apprehensive about buying from Acer because of some negative reviews I've read on their products, but I am sure happy I took the chance on this monitor. Mine came in absolutely perfect shape, and runs flawlessly, with zero dead pixels. The viewing angle is a little narrow (from the top only), but this should not be an issue for most users. Although I am not brave enough to buy an Acer PC yet, I am certainly happy with this product. I use it to write papers for school and do office work at my house.

Cons: As you will probably see from the other reviews (I know because I read them before buying this item), some people have noted the monitor is very bright. Now that I own it as well, I concur. However, I also concur with many reviewer's opinions that "if you turn down the brightness all the way, it looks just fine." The speakers are definitely not great, but I think some of the people writing reviews on here are overdramatizing a bit about how bad they really are. Put it this way, if you want to hear clicks, 'Windows noises' etc., the monitor speakers are fine. If you want to watch movies, listen to music, etc., then buy some good speakers with the money you save on the monitor.

Overall Review: (lol) No, I don't work for Acer, I just love online customer reviews because they are always so helpful. Most of the reviews I read on here about this product (before buying it) were dead on, so hopefully someone will read this one and be just as well-informed about what they are getting! The product has limitations, but they are certainly worth the savings!

Overall Review: A few other monitors have a little nicer display but cost a LOT more. Good Value!

Overall Review: I upgraded from a 19" flat panel. It was a great monitor from Planar. I just wanted more real estate and this monitor so far has exceeded my expectations. I was a little apprehensive on picking Acer but so far it seems like a quality monitor. It also comes with a 3 year limited warranty!

Pros: Got this for my wife over 4 years ago and it still looks beautiful.

Overall Review: This is really more of a "props to Acer" post as I doubt many people actually sift through these outdated items. This has been a gem of a monitor and helped my wife out with her graphic design work immensely. It still works perfectly and I am very happy with the product I got for $280 at the time. If you happen to see one of these on an auction site or Craigslist and you're looking for a budget monitor for around $80 or less, get it. You will be very happy with it.

Pros: The picture quality is absolutely fantastic for the price. Picture is very sharp. No dead pixles. The contrast is great and the black levels are decent

Cons: Mine started to fail after the 40 days or so (just outside Newegss's return policy). My colors flicker like crazy. Basically, my color temp changes from cooler to warmer (or vise verse) at random, sometimes flickering back and forth for several minutes. I guess a 3 year warranty is good, but having to use it isn't. Also, there is a significant color change with respect to verticle viewing angle - the colors appear much more red from higher up, and green from lower down. This makes things like working with digital photos very difficult.

Overall Review: The size is great. I went from dual-17's to this 22 widescreen alone and don't feel like I lost any significant amount of space.