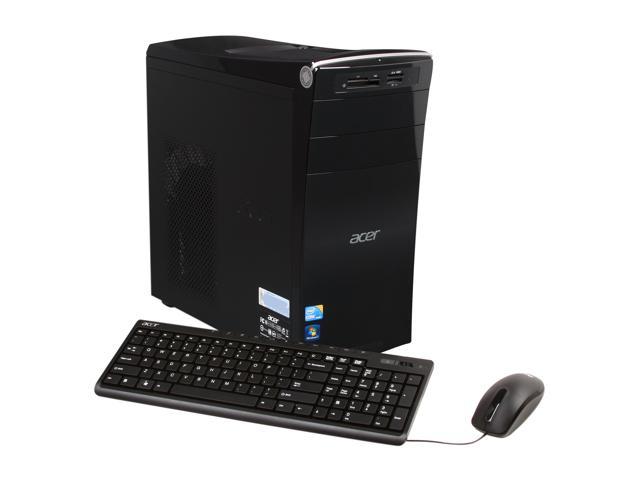 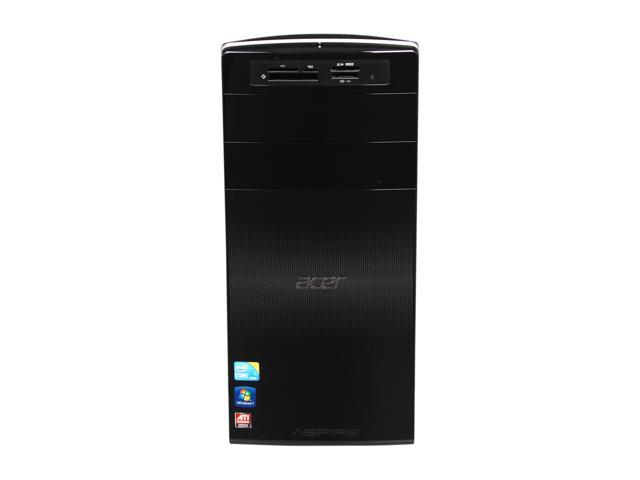 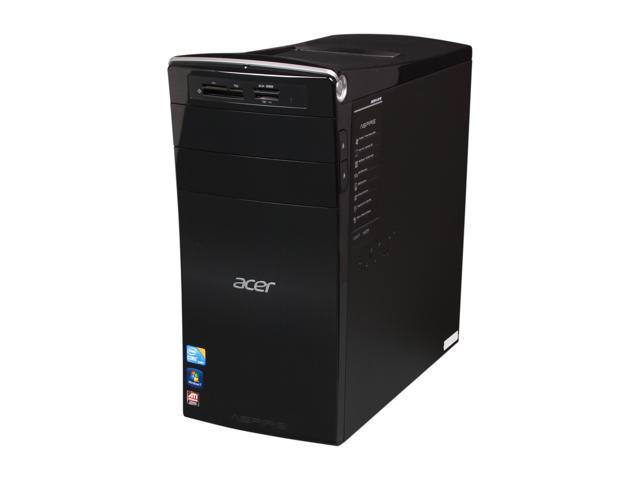 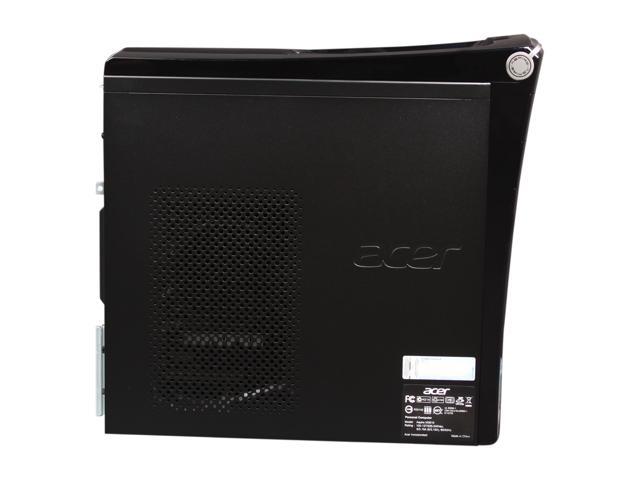 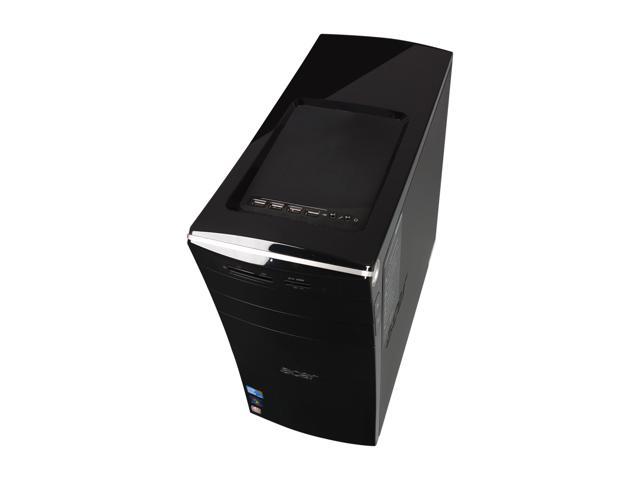 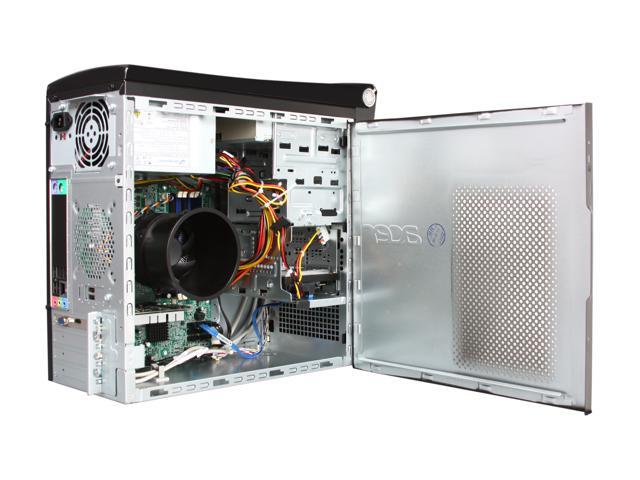 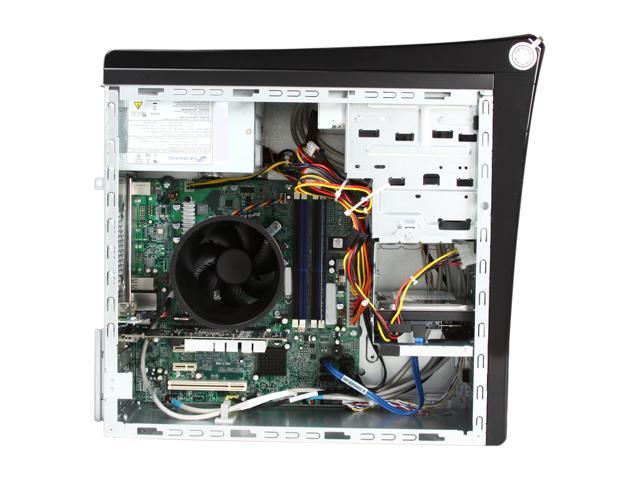 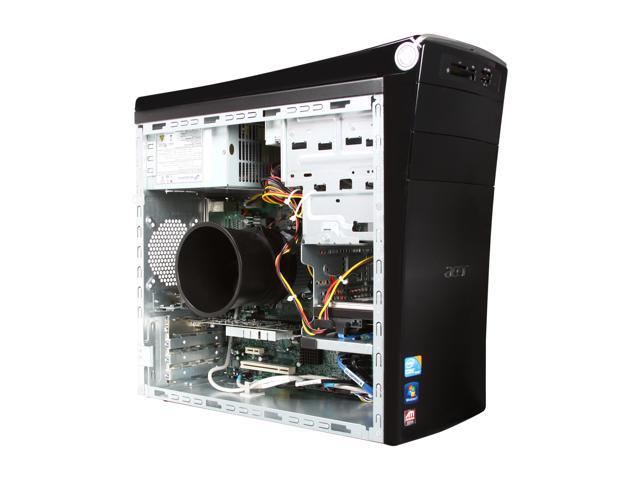 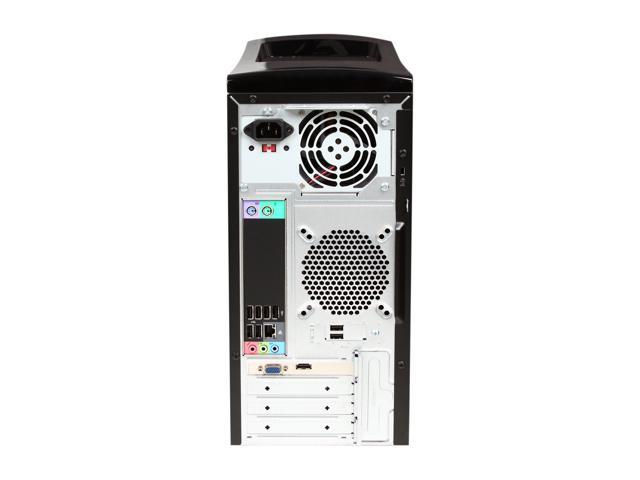 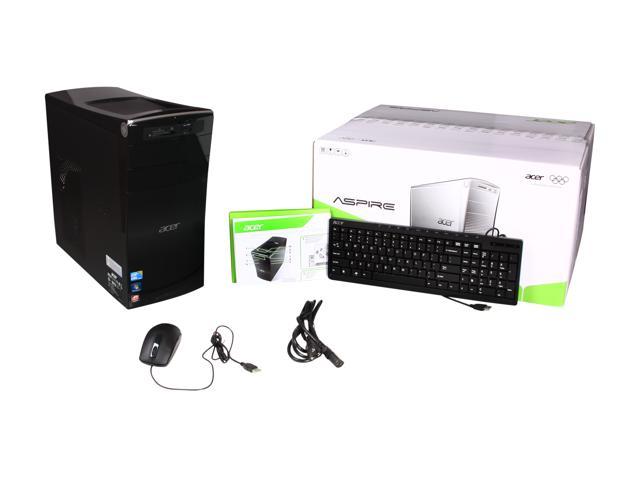 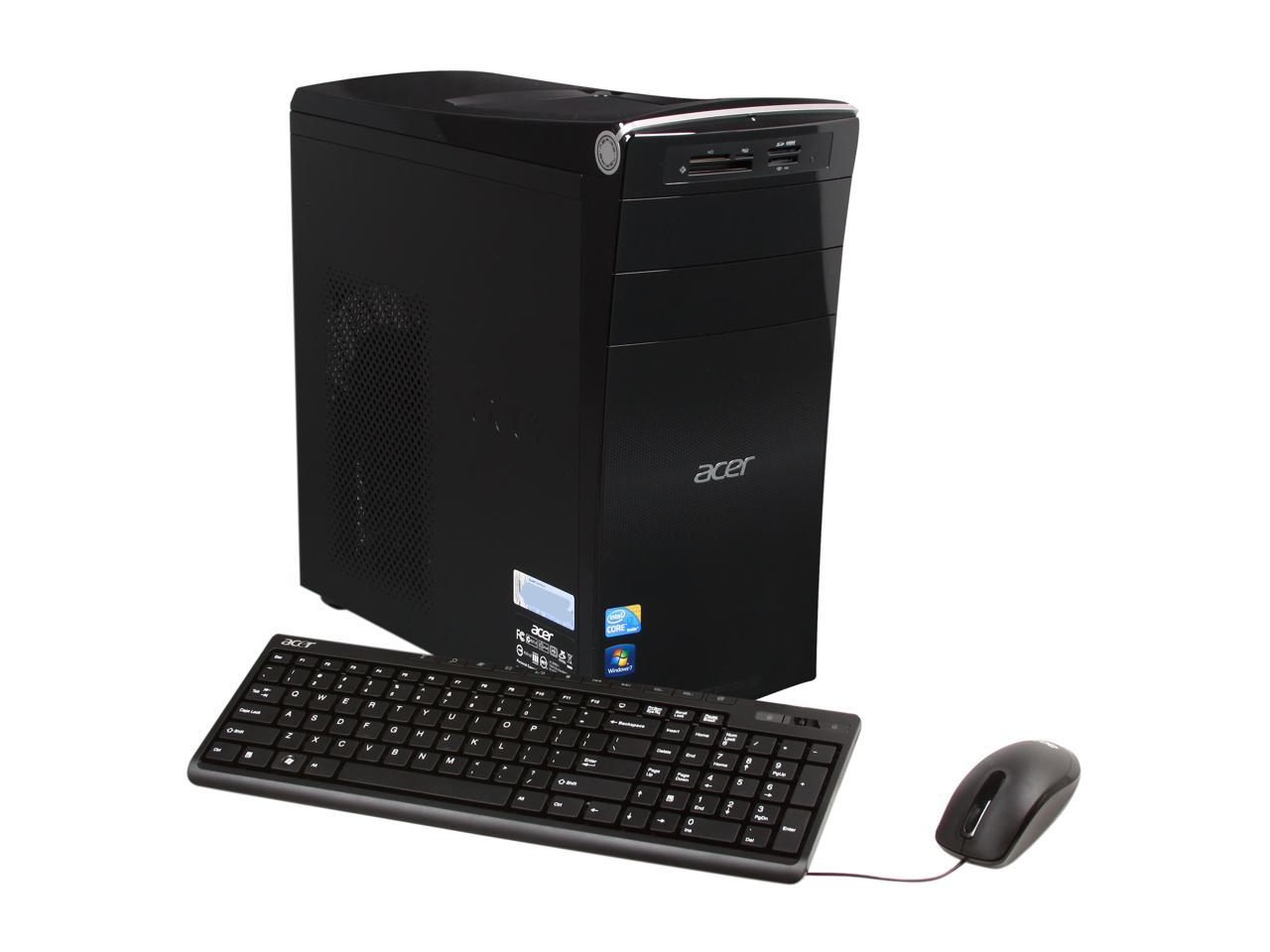 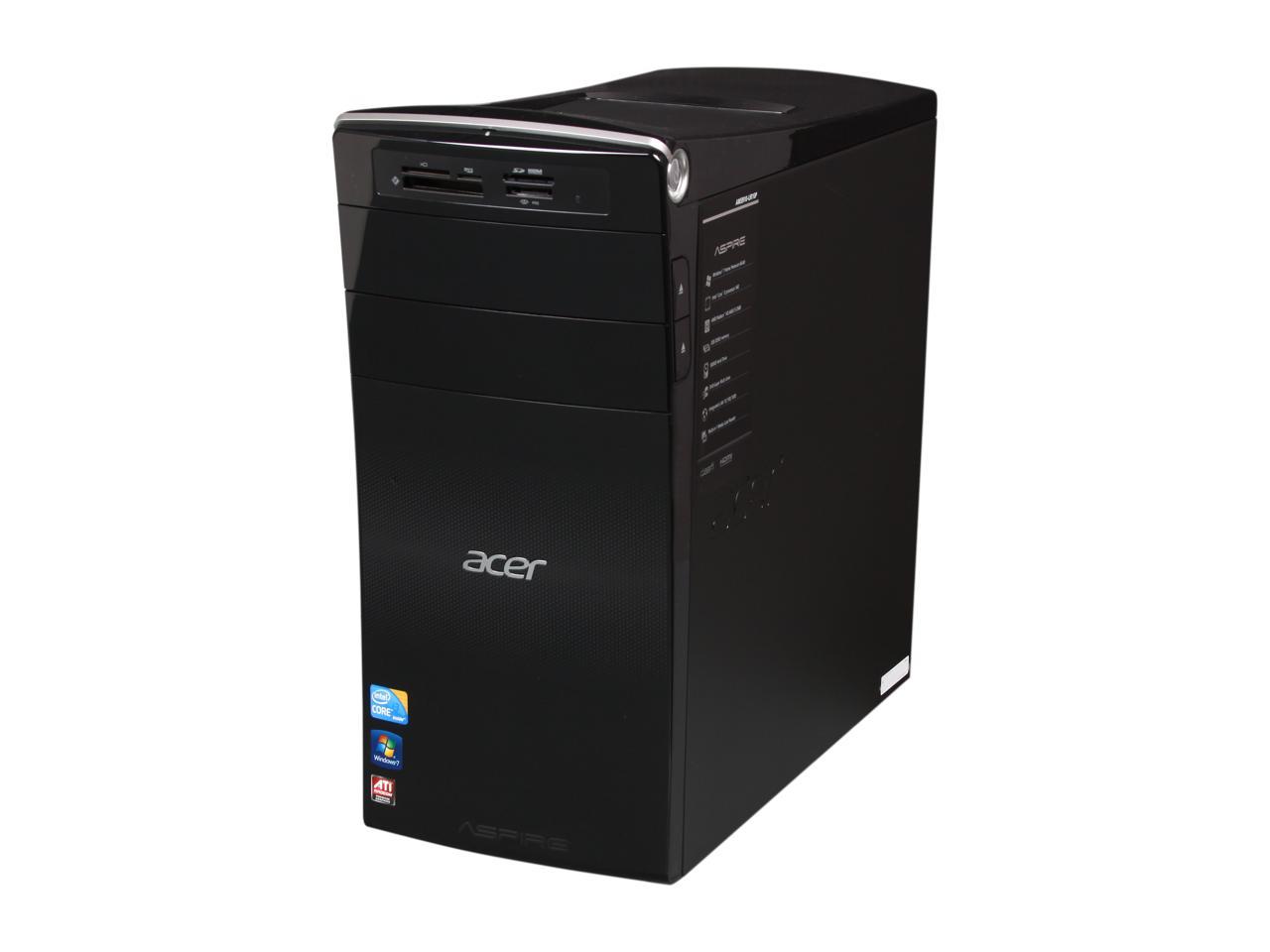 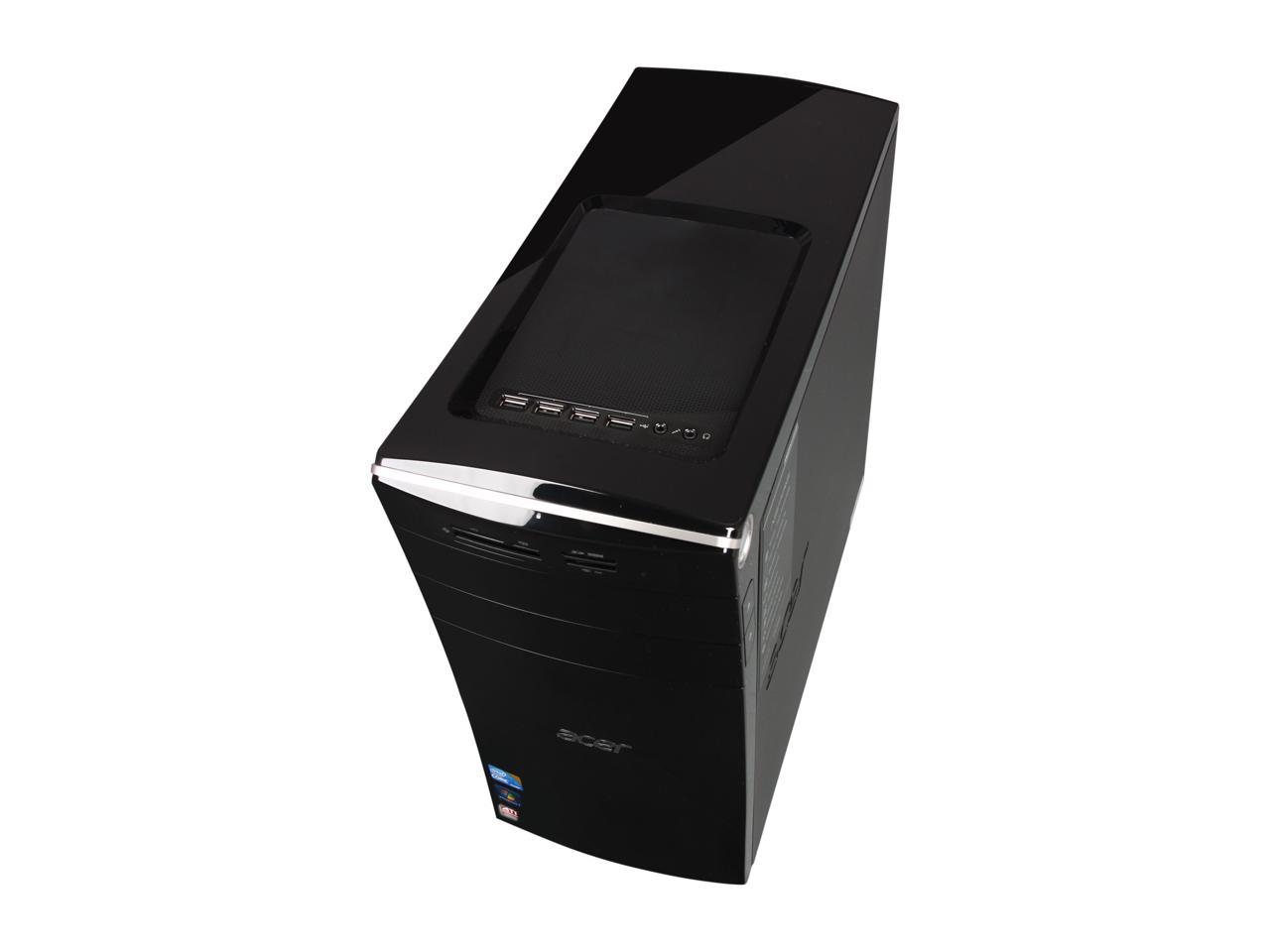 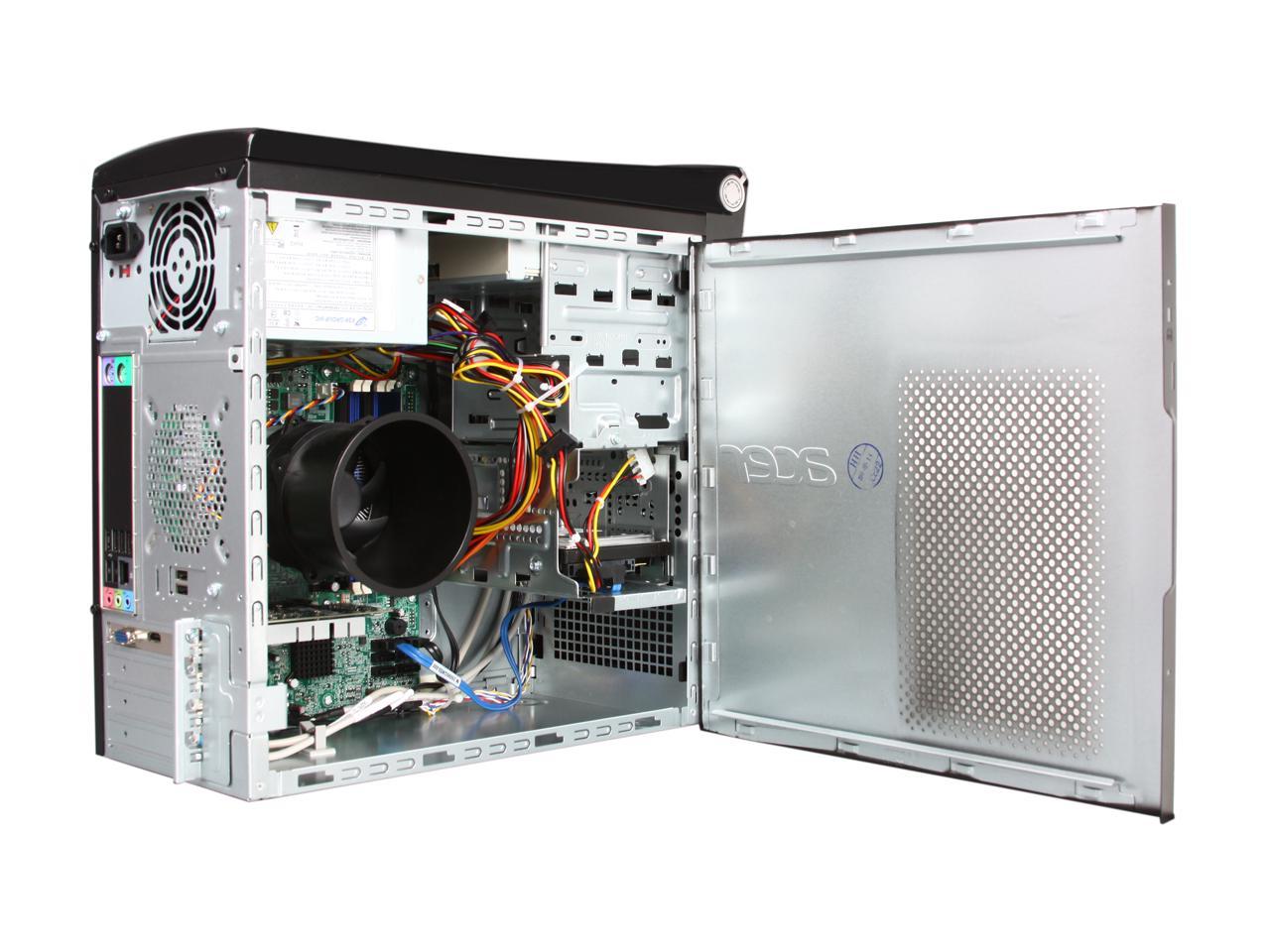 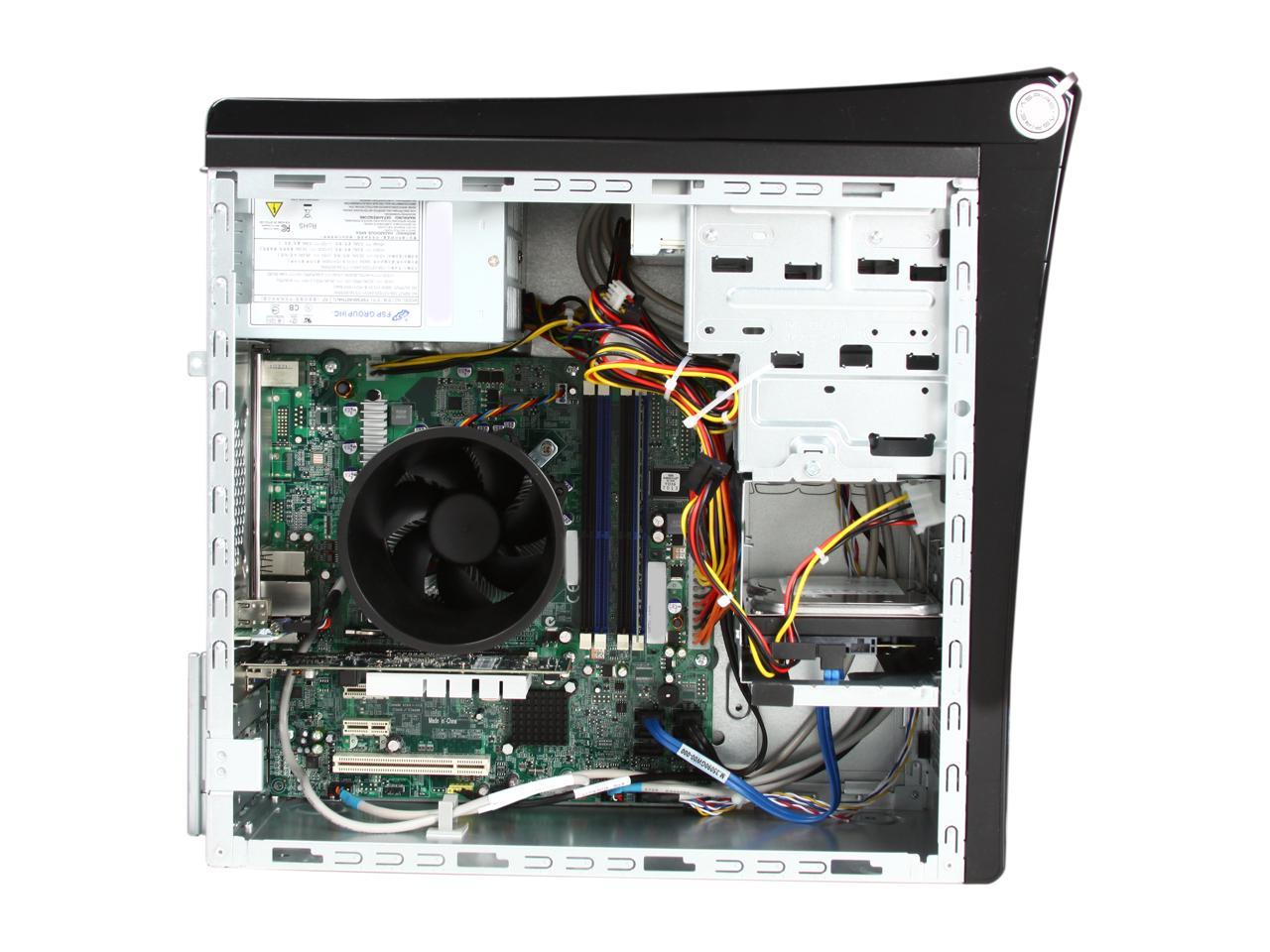 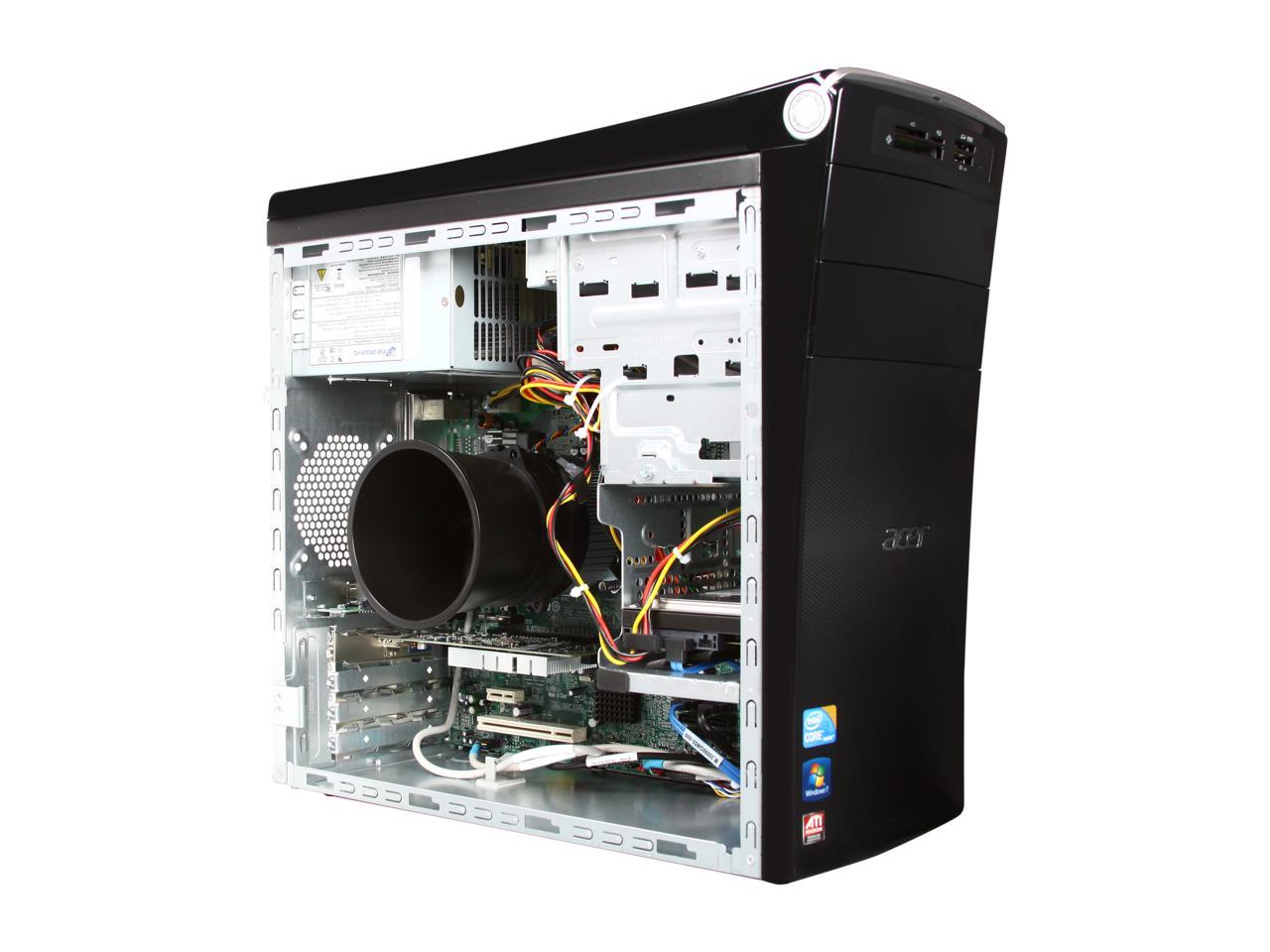 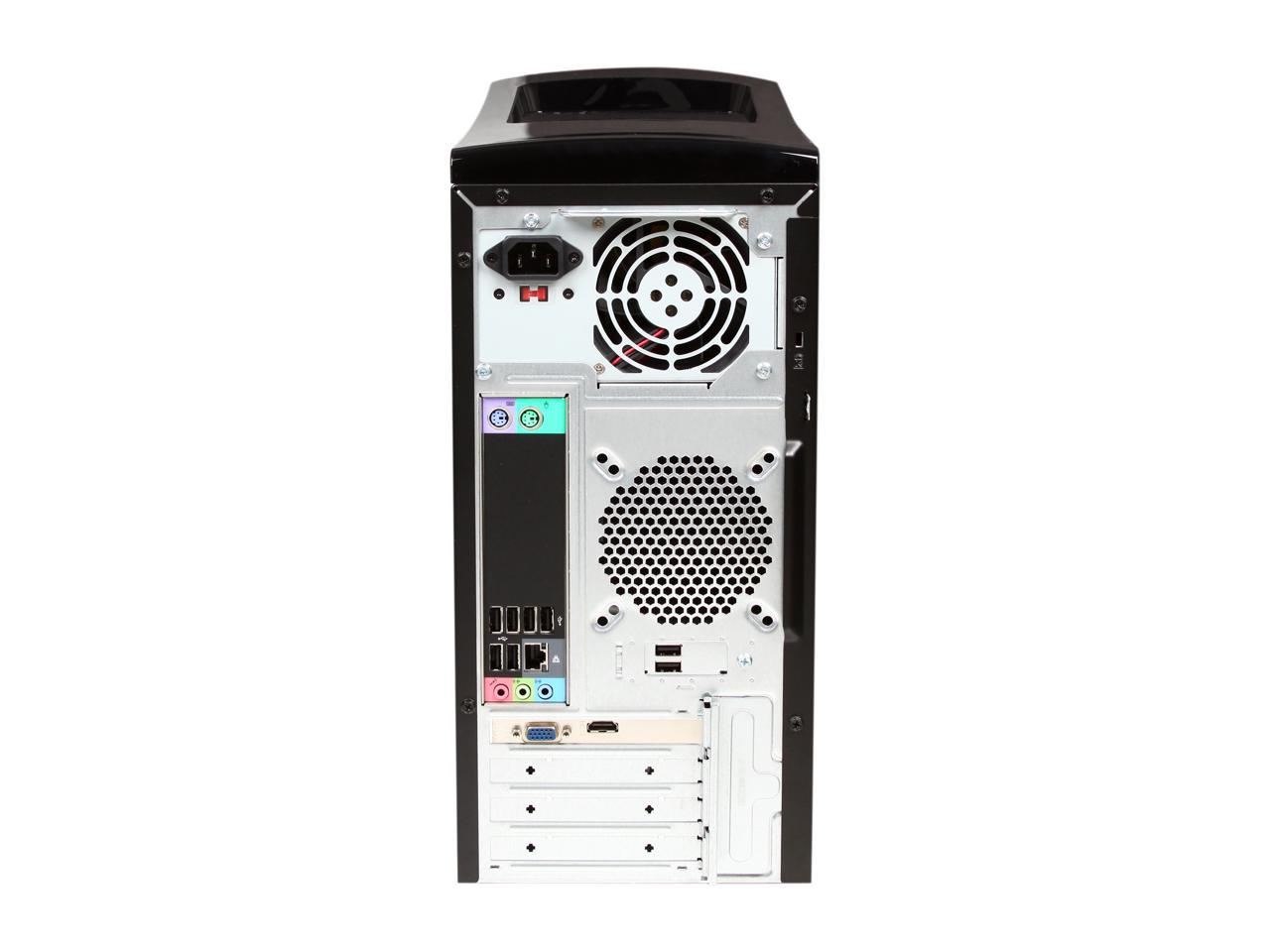 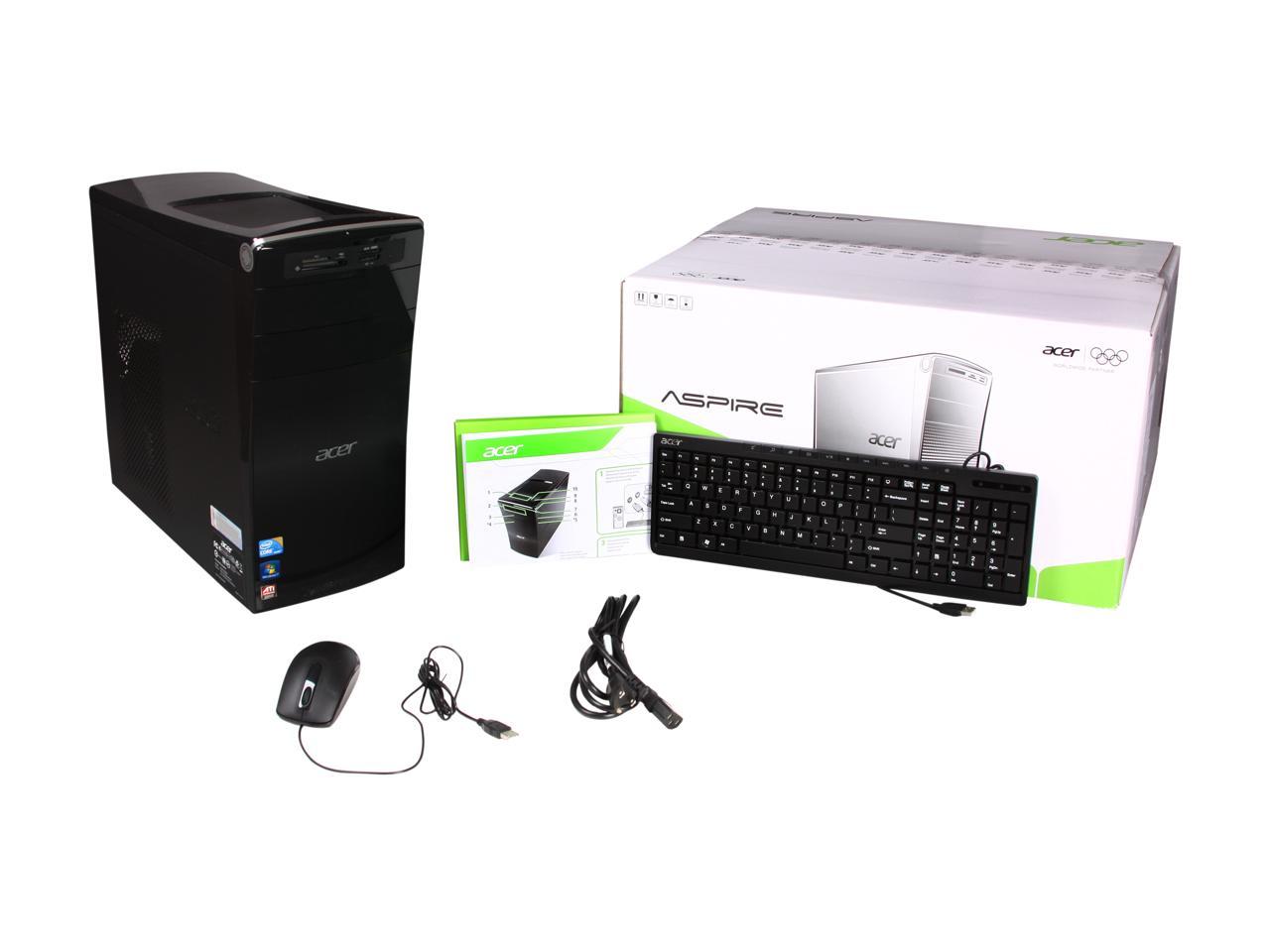 Pros: Had it for about 3 hours now without shutdown,no problems yet, works great. Going to test the 6450 on league of legends which i'm downloading as i type this.Installed 4GB of G.Skill RAM,working great as well.worth the price. Has the potential to be a Gaming rig one of these days. Go newegg,your prices and shipping are great!

Overall Review: Upgrading the RAM is a must for this Machine.

Pros: Nicely Designed, Plenty of USB ports, Nicely wired on the inside, Extremely quiet, lightweight, Large harddrive 500GB, Good value for the money at the time of purchase. The out of box experience was perfect. Shipped in a very sturdy Acer box. Graphics card easily handles my video.

Cons: PC comes with only 2GB of Ram. I purchased 6 more GB and this PC is performing even better. I purchased the ram about 5 days after purchase. The power supply is only 300W, but it is sufficient.

Overall Review: If you want to purchase a good desktop, I highly recommend this pc. I've build many Desktop Pc's in the past and I did not feel like building, yet another one, so I purchased this model and I am very happy with it. I removed all the Bloatware and I am especially happy.

Pros: I got this Acer system, needing something to help me with school and something to have fun with. A friend helped me choose all the components to put together a good system. It comes with a high end i3 processor and a pretty good graphics card. I had ordered 8 gbs of ram to put into it. After putting the ram into the computer it works like a charm. Haven't had any problems and doesn't show any signs of running into any. I am able to do some pretty good gaming as well and work all the programs that I need to for school so I am very happy!!!! Thanks NewEgg!

Cons: nothing. Even better if you get it on sale.

Pros: Better then expected graphics Swift start up Less bloatware then the last computer I got It's shiny!

Overall Review: This computer runs amazing, much better then i thought it would. I'm not a big gamer but what I do play it plays smoothly on high graphics.

Pros: Decent computer for the price. Certainly not a gaming computer or anything like that, however the average user will have no issues with this computer, outside of the memory (which should be upgraded). Good sized harddrive as well, and the graphics card is decent. I didn't keep the installed OS, so I don't know how much bloatware is installed with it (Completely wiped it first thing, I always do with fully assembled PCs out of the box), but the specs themselves are great for the price.

Cons: Hope you don't run into issues with the hardware. Mine came with a faulty memory stick, and the company INSISTS that I MUST send in the entire PC to get the memory stick fixed (Which has already been replaced and the PC has been running for over a week with no issues). I just want the memory replaced, because it's faulty and I know it, and yet the company refuses to let me send in just the memory stick for replacement. To top it off, all of my messages in support are ignored, and it took days to get them to even figure out what my problem is after stating it the first day. Acer support is awful. I refuse to deal with this company again. As for the PC itself, the Memory can use an upgrade, but that's about it.

Overall Review: See the first paragraph about Acer's support, because it's important if you're buying this PC to replace another PC. If something comes faulty, expect to have no PC for another month if you want the part replaced under the warranty. It's insane.

Overall Review: Bought this for my 78 year old father to replace his failed pc. Talked him through (over the phone) swapping the cables from his old to the new pc (had to buy a DVI to HDMI adapter). System setup was straight forward. Walked him through adding the PC to my logmein account and logged in and did the rest (uninstalled Mcafee, installed AVG & MSE). Seems to run just fine (has a 5.1 Windows experience rating). Next time to visit him I'll add another 4-8GB of RAM and a second hard drive as a backup to store an image (paragon or macrium). Overall very happy with this system. Has a faster processor than other low cost systems (M58's & HP Pav's).