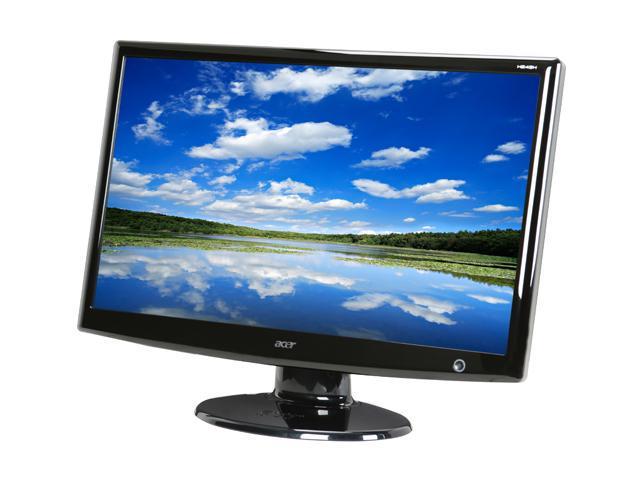 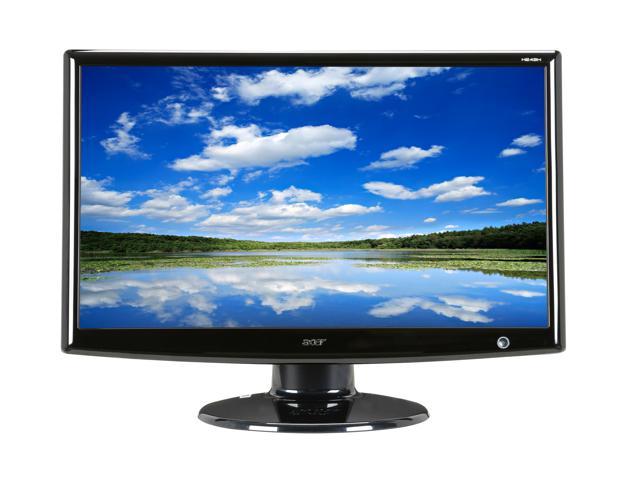 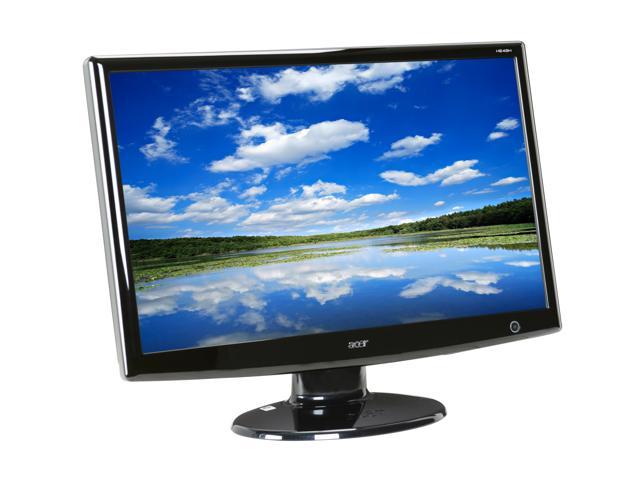 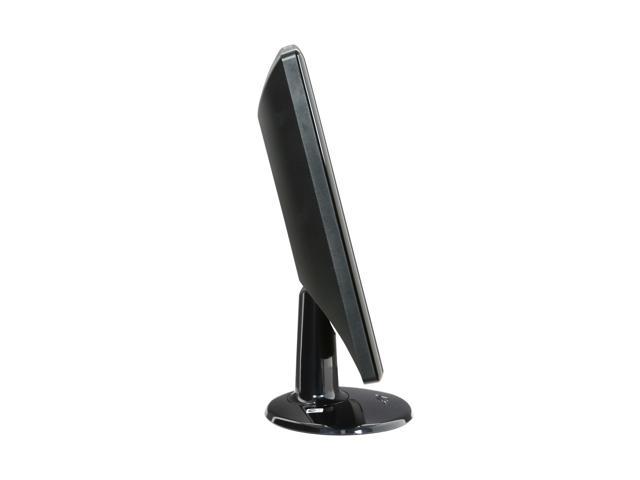 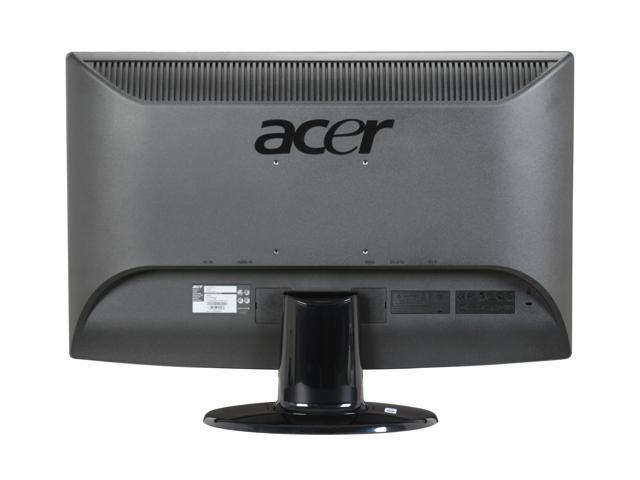 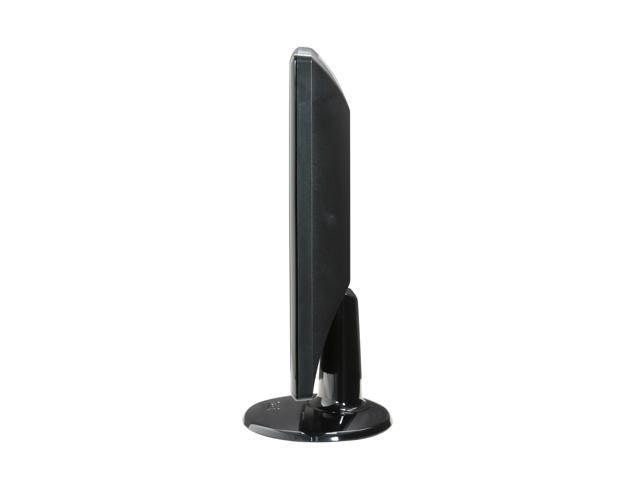 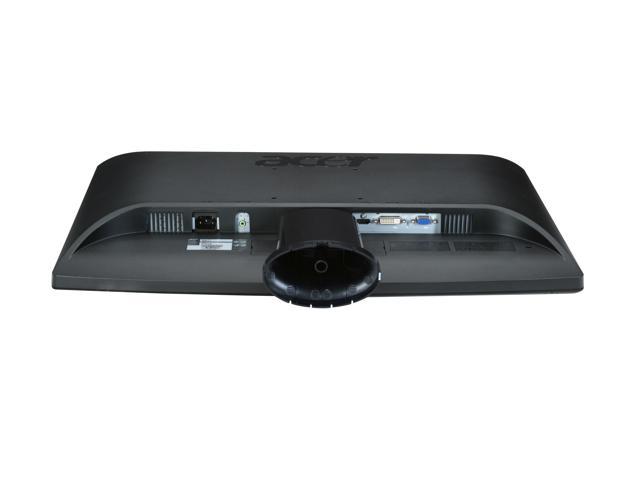 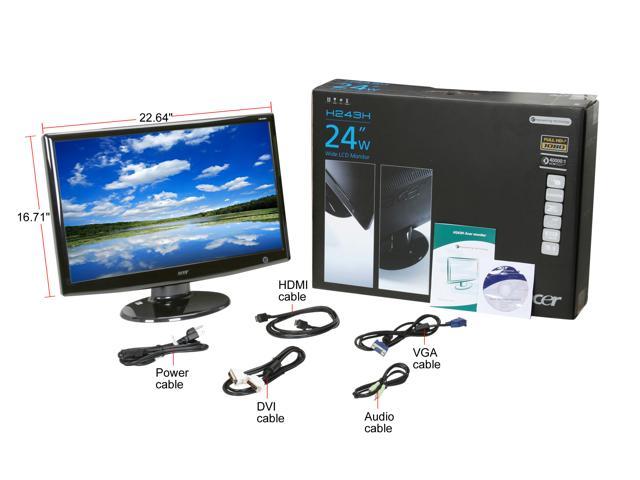 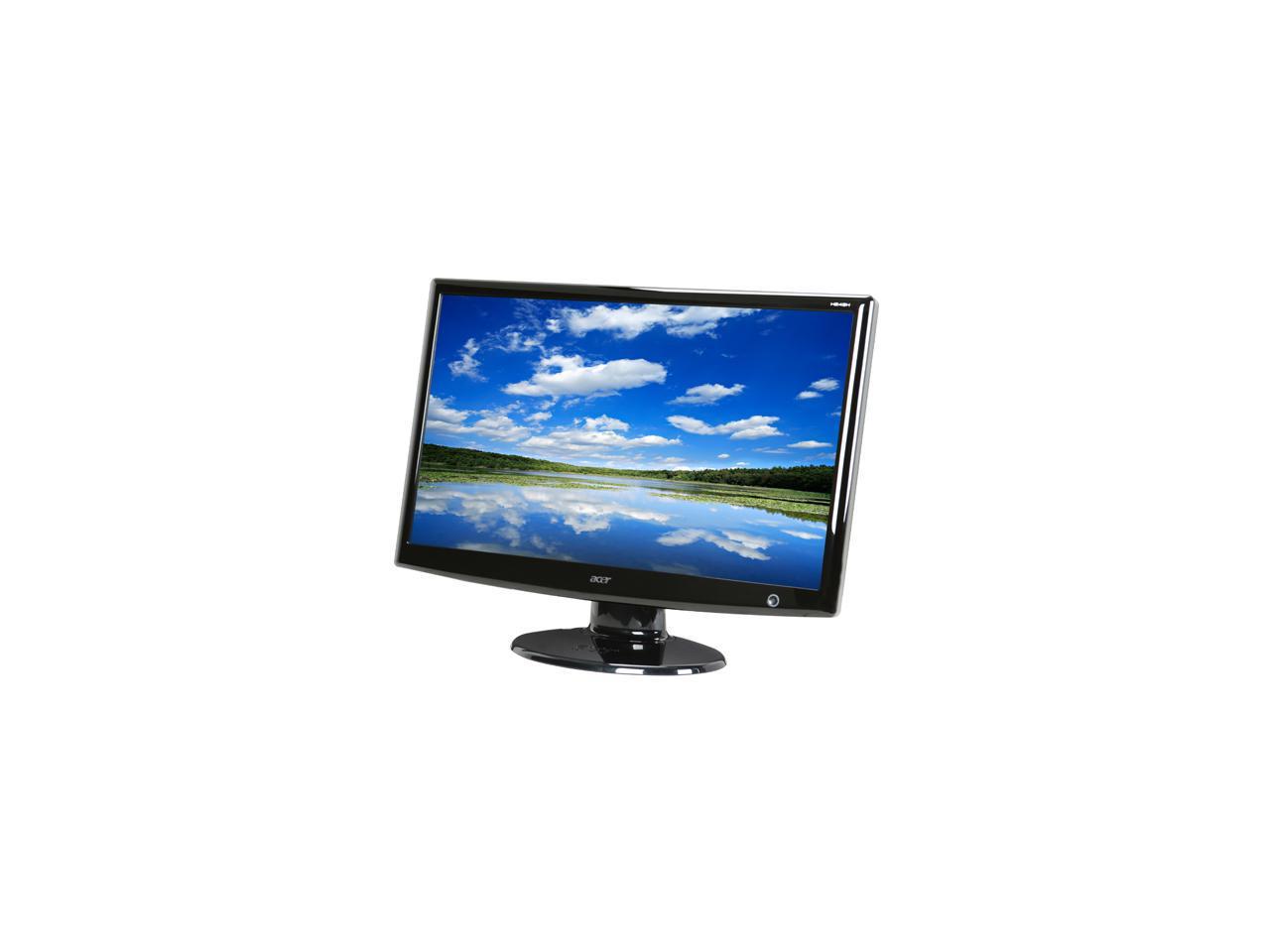 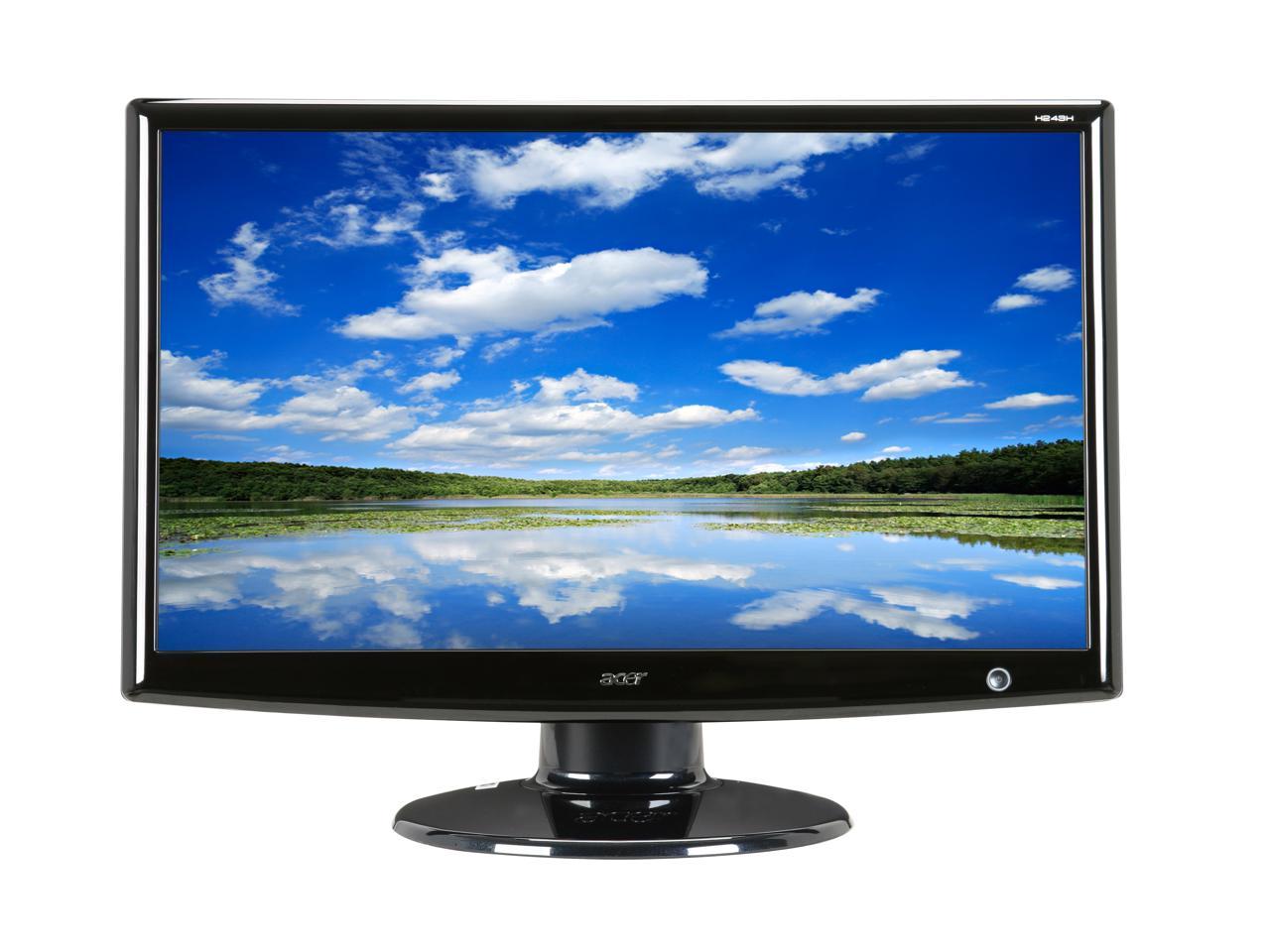 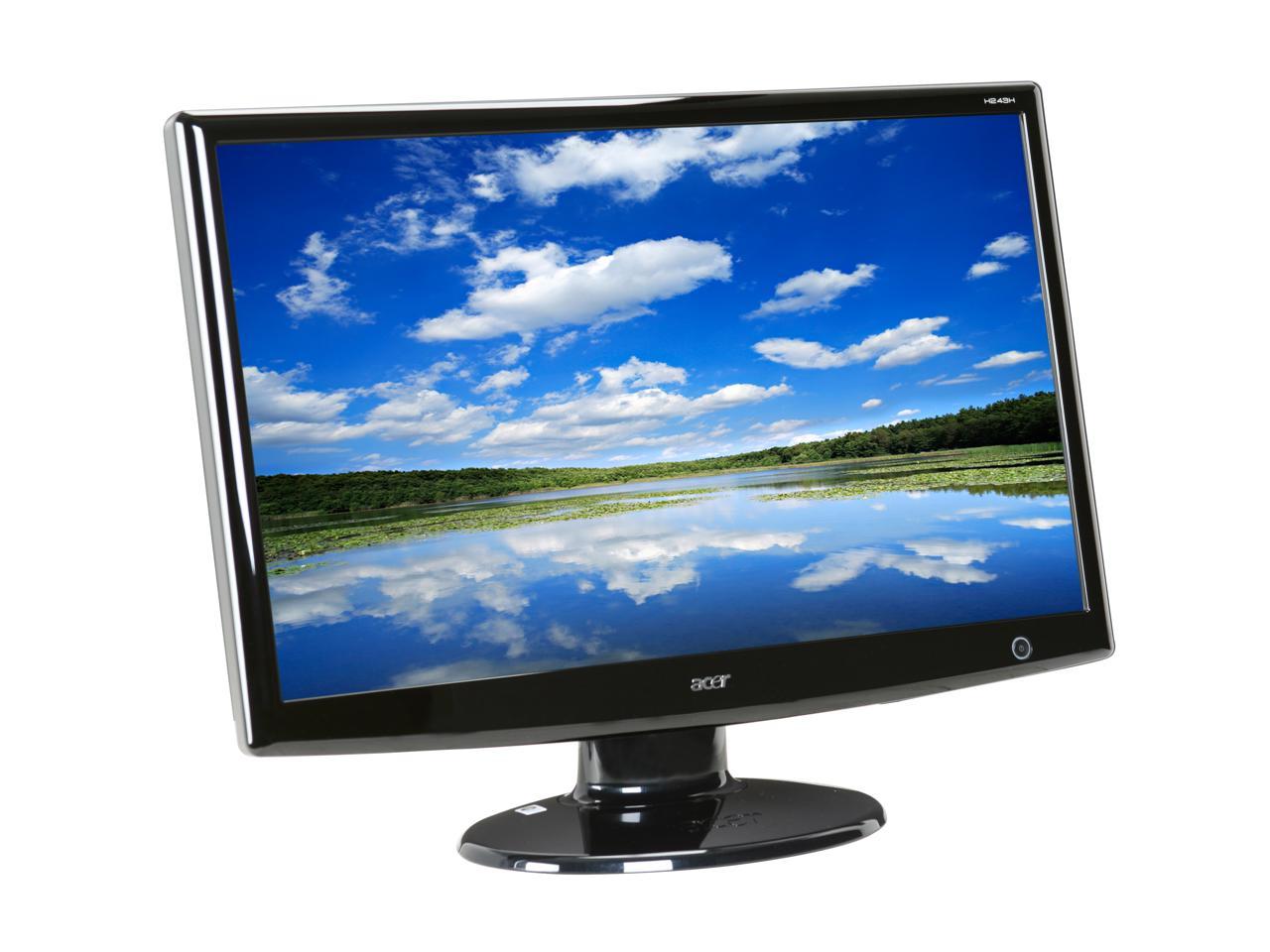 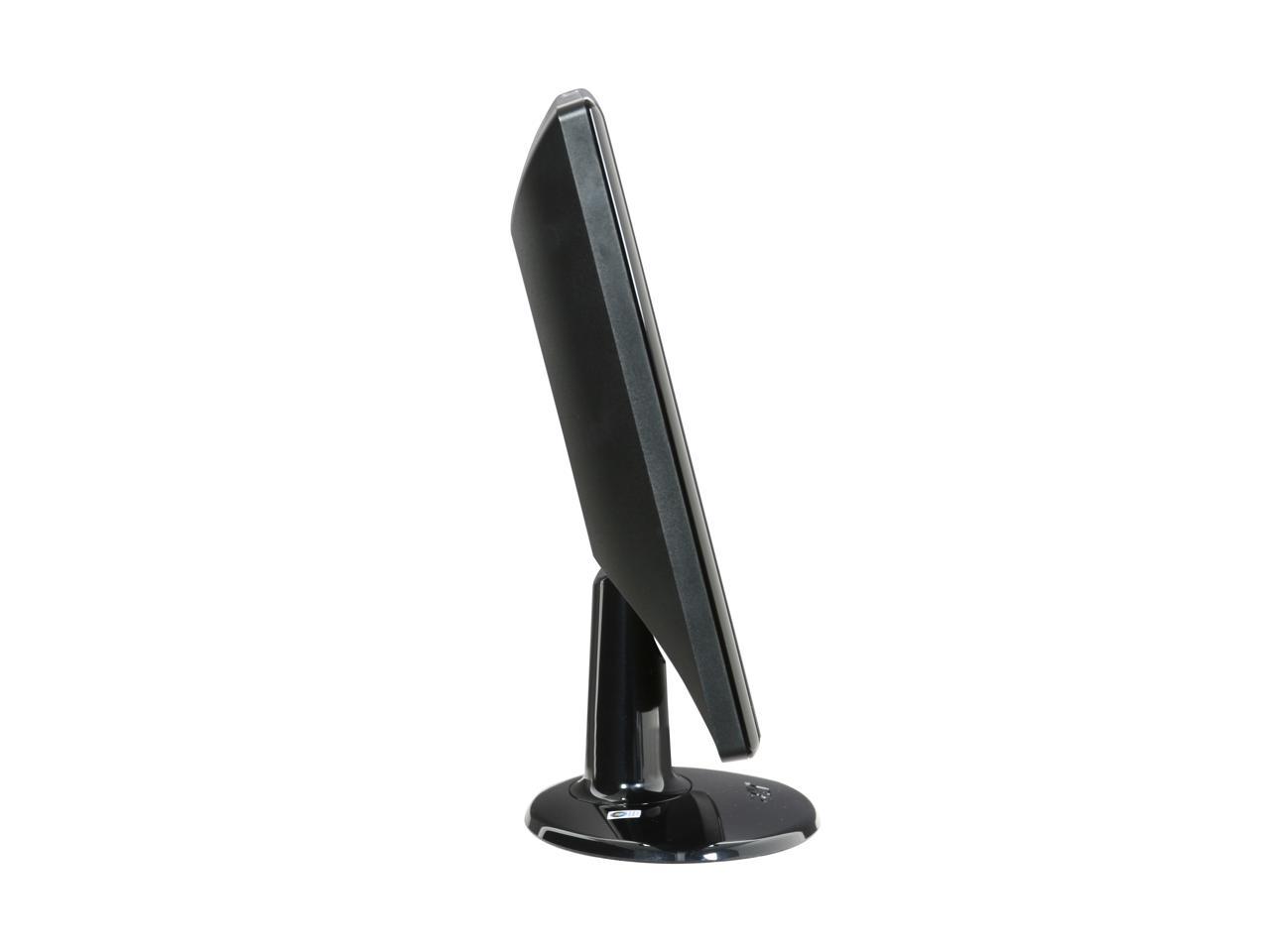 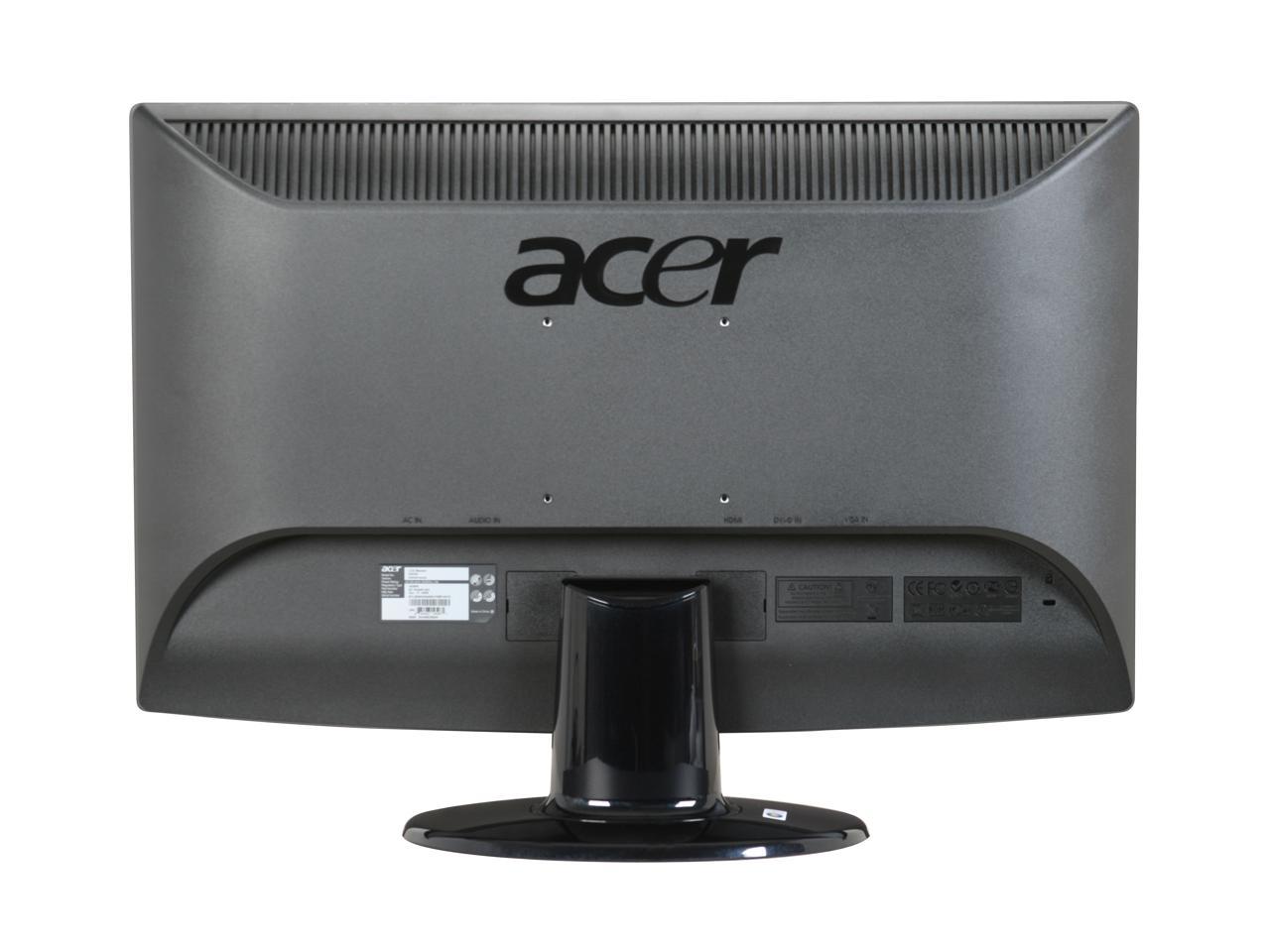 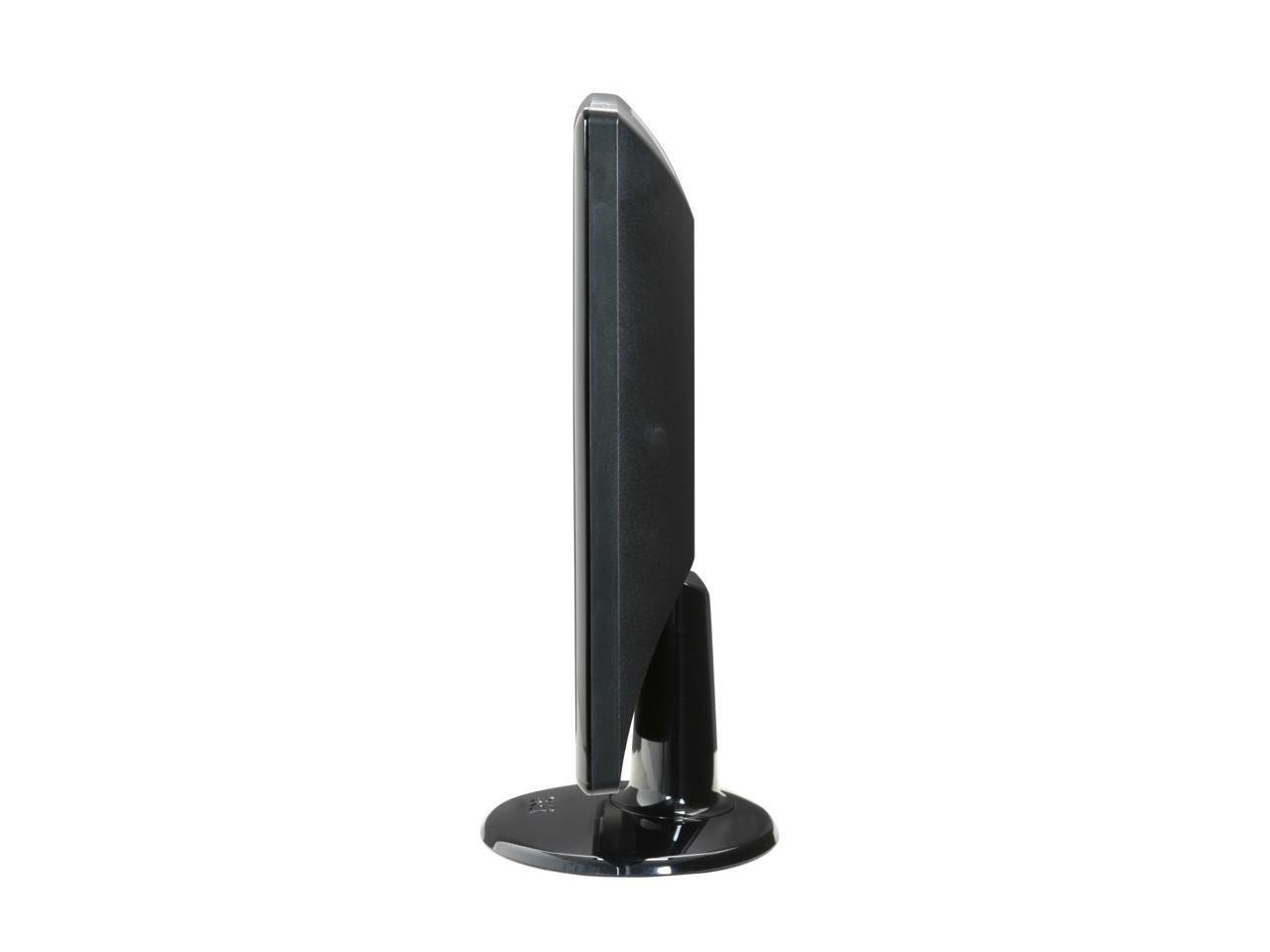 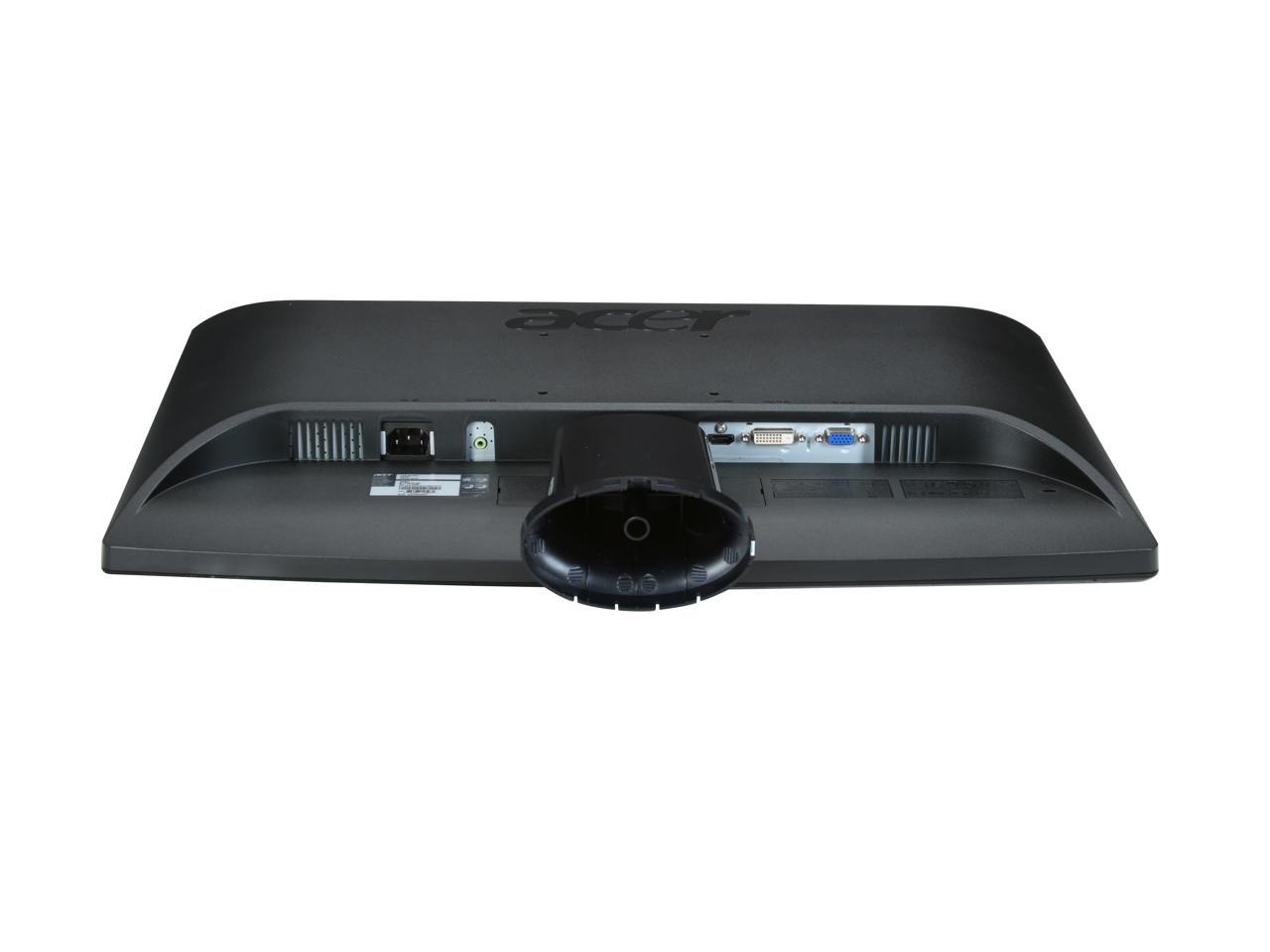 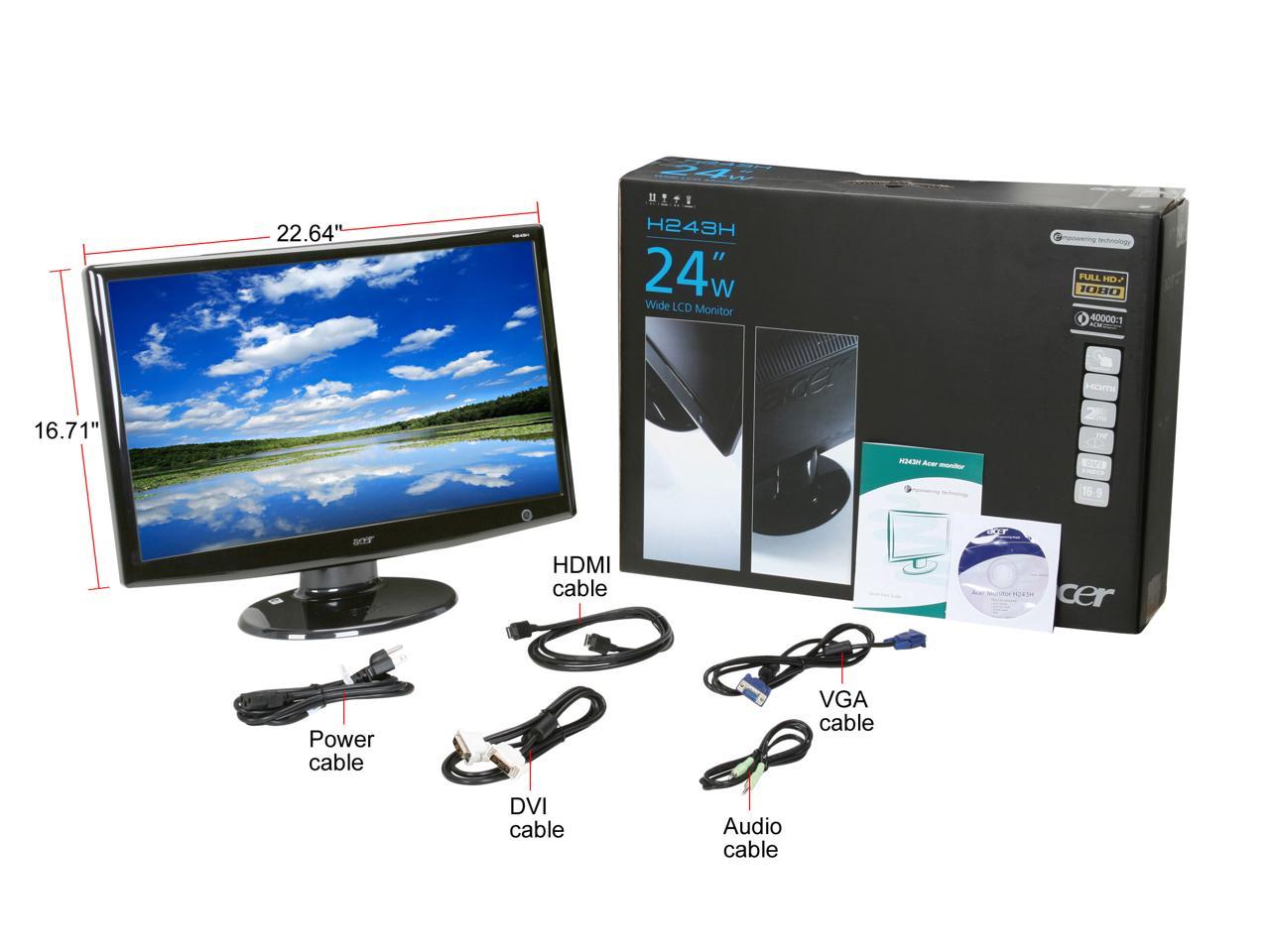 (309) Write a Review
OUT OF STOCK.
Specs
Reviews

Pros: Beautiful screen, fantastic design, very very sharp picture. I got one of these when it was on sale for $200 with free shipping. Got it in the mail and instantly wanted another. I just got 2 more on "and online auction site that rhymes with schmeebay" for less than $300, STEAL.

Cons: Came with one dead pixel, and more obnoxiously, theres a black strip that appeared after a couple months in the upper-right hand corner of the screen. Its about 1.5" long and .25" wide. Its not the pixels cause it moves when you do. If I were to guess I would say its some strip of rubber of something that fell in front of the backlight. At any rate, its really annoying, but it thankfully confined to the corner of the screen where its not too much of a bother. My biggest problem is that I have to poay shipping (probably $20) to ship it to Acer to have them fix it. I havent decided whether to or not. Its kind of unfortunate that they make YOU pay shipping within warranty for THEIR faulty product. The other dumb thing are their "touchscreen" buttons that are impossible to get to work smoothly. Thankfully, you almost never use these besides initial setup, but its still stupid. Put regular push buttons on your screen if you can get advanced tech to work well, its annoying.

Overall Review: This is my 6th Acer screen I've owned over the years. All have been very nice without issue. I had one other that had a string of vertical pixels that failed after about 2 1/2 years that Acer fixed (after I paid to ship it obviously). My brother now owns that particular screen and it hasnt had issue since. Almost perfect Acer, ALMOST. Just fix having your customers pay shipping for your mistakes, thats all.

Overall Review: Good for a computer monitor but the sound from the speakers ruled out the use as a wall mounted mounted tv/monitor. I have not used the HDMI for picture + sound yet to see if it will make a difference. Spend some time adjusting the color and brightness / contrast to your liking the software did not work for me.

Overall Review: I am completely satisfied with this moniter. Super clear picture, and I've had no issues with ghosting on any games. Absolutely no dead pixels. Makes my graphic work look great. I love Newegg

Pros: Very good monitor. I have had this for over a year and it has been on about 95% of that time. Flawless performance. Easy to set up. My Acer computer instantly recognized it and it was operational in seconds. The black gloss finish looks fantastic.

Cons: Cannot think of one....and I am very critical.

Overall Review: If you watch the price on this item, it never seems to have a constant price. It is always on sell so if you pay over $200, like I did, you will pay too much.

Pros: Great monitor, do a lot of gaming and the graphics are sharp and clear. no ghosting at all. Easy to set up and to adjust settings.

Cons: Touch buttons, can be aggravating to function but once you got it you got it.

Overall Review: Still not anything like my 32" Sony CRT HD monitor, but I did not expect it to be. If you are picky like me and also on a budget like me then you will enjoy this monitor very much. If you had the problem of windows reverting to 640x480 8 bit quality like I did..grrrrr......uninstall spyware doctor that came with the google pack. That fixed it for me. My system: E8500 (stock) Gigabyte P45 UD3P OCZ Reaper 4GB 1066 (stock) Corsair 750TX Thermaltake ElementS 7200RPM 1TB HD Acer 24" 1080p H243Hbmid

Cons: Base is a bit flimsy.

Pros: I love every color on this monitor. I have it set up right next to my 4 year old LG 19" lcd, and it is night and day difference. I was waiting for prices to drop so i can upgrade to something I will use for a few years and the time has come. Acer delivered the prefect size for the right budget. I have 0 dead pixels. <3 NewEgg

Cons: The touch buttons on panel are weird, I cant get em to work consistently. The control software that comes with it thou works perfect, so it's not a big deal. Definitely not taking away eggs for that.

Overall Review: The speakers I haven't even hooked up, no point in monitor speakers ever. Anyone who likes sound has a decent speaker system.