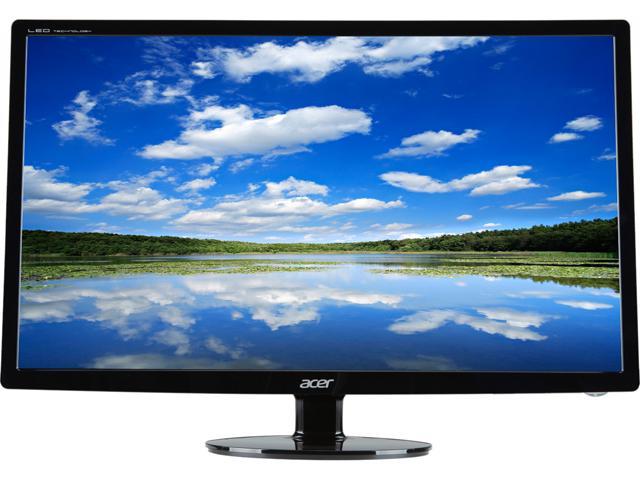 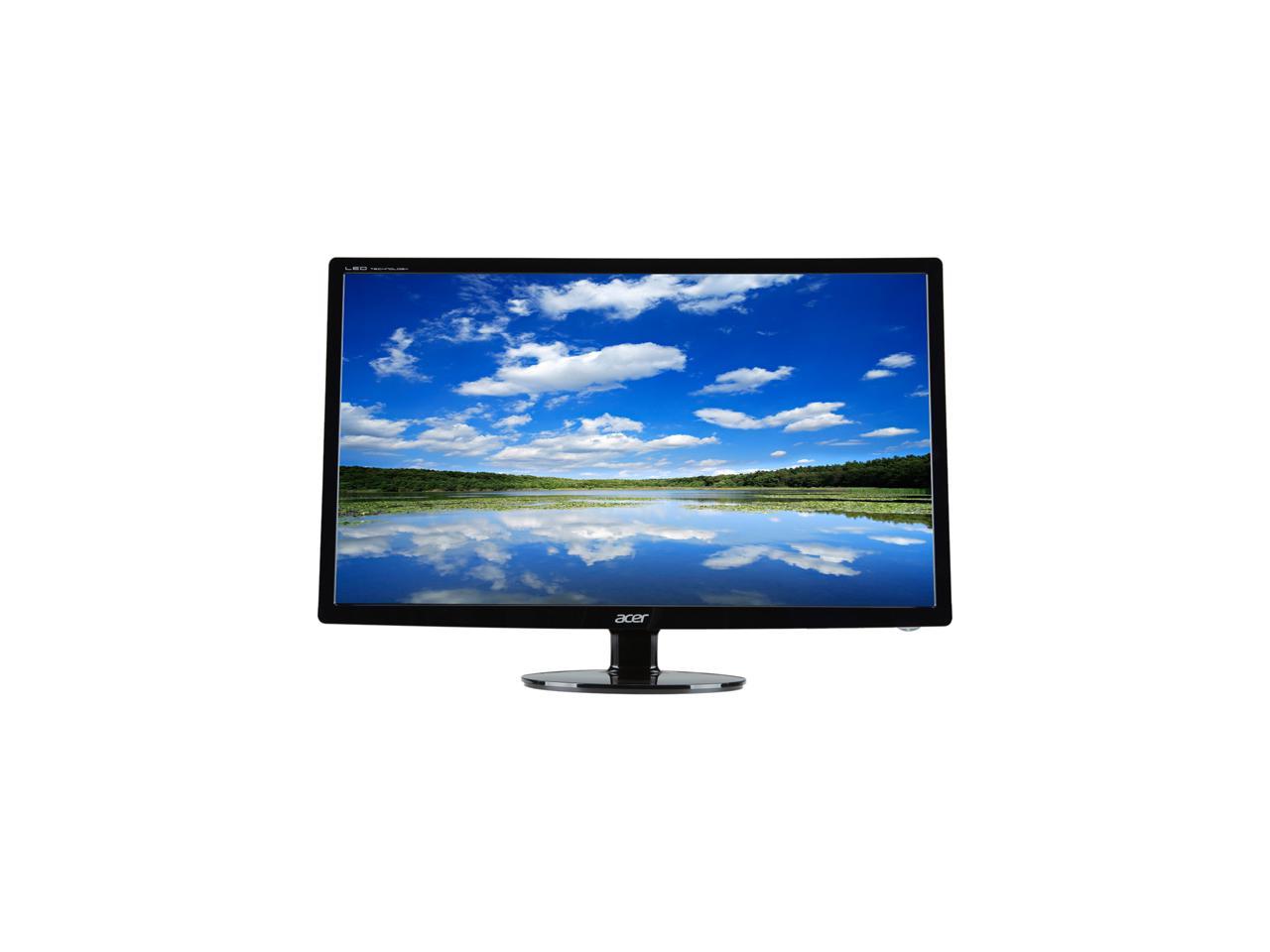 Pros: DVI ande HDMI ports on the monitor. No speakers.

Overall Review: Set up was straight forward. I tried using the HDMI from my video card and the color balance wasn't as sharp as I wanted. Tried the DVI setup and that worked great. For my workstation I sure wouldn't go larger. Over all a very good monitor for the price. FYI: I am not a gamer and I use my two Acer's (27" & 24") for video editing.

Pros: I can't think of anything I would call a pro for this monitor.

Cons: Annoying super bright blue power button (the little tab on the bottom right), has a power brick instead of regular power cord ( Come on Acer this isn't 1995 anymore), Washed out blacks, washed out colors. The image tends to jump with high motion. Back lighting you cannot adjust, it bleeds around the edges and washes the image out regardless of how much adjustment you make.

Overall Review: Do yourself a favor, don't buy this model. Acer does make some great monitors, this just isn't one of them.

Cons: Washed out colors, no option to enhance saturation or vividness on the monitor itself, super basic options, not the clearest picture.

Overall Review: I purchased this monitor without doing much research, which ultimately led to a big mistake. While this monitor is currently getting the job done I can not wait to replace it. The colors are way washed out. The blacks are nowhere close to black, and everything looks boring and drab compared to the rest of my friends monitors...While these things can be fixed via software on a PC it cannot be changed if you want to plug in a gaming console or bluray player, or whatever. Acer offers minimal options within the monitor itself. You can only change the Brightness Contrast and Red Green Blue Levels. No option whatsoever for saturation or vividness...Buy another monitor the colors are terrible.

Pros: I had bought this monitor as a pre-order, just before it came out. I am still using this monitor today, right now. I wouldn't want one any bigger or smaller. It's plays Blu-Ray DVD's in 1080P. I used to play World of Warcraft on it and it was fine, it will only give you 60Hz Refresh Rate, but was great for me since I've always had it hooked up though HDMI cable. I've had it for a few years now, don't really remember what year it came out to buy. Knock on wood, still no dead pixels, it's used everyday for games, movies, TV shows, I paid $299.00 when it came out, I've seen it priced as lower and now I'm thinking about getting a 2nd. I'm sure there are now plenty out there that are alot better but for Windows, Blu-Ray, and games and web works Great for me. Me I like the HDMI input it's clear and love the HD movies/shows. It does have a audio jack on back for speckers or just go through your pc.

Cons: none for me.

Overall Review: Not really a con but I have a 2nd pc hooked to it by DVI and if I have both pc's on and change it to DVI, the HDMI takes over and won't stay on DVI. I have to shut down the pc that is hooked to HDMI with Windows 7 Pro to play the pc with DVI which is windows 8.1 Operating system don't matter it's just the pc running 8.1 don't have a Graphics card with HDMI and the monitor has only 1 HDMI port and 1 DVI port and a 1 VGA port.