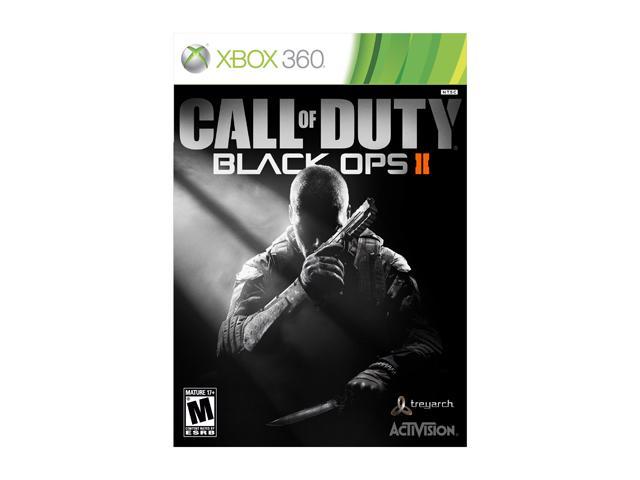 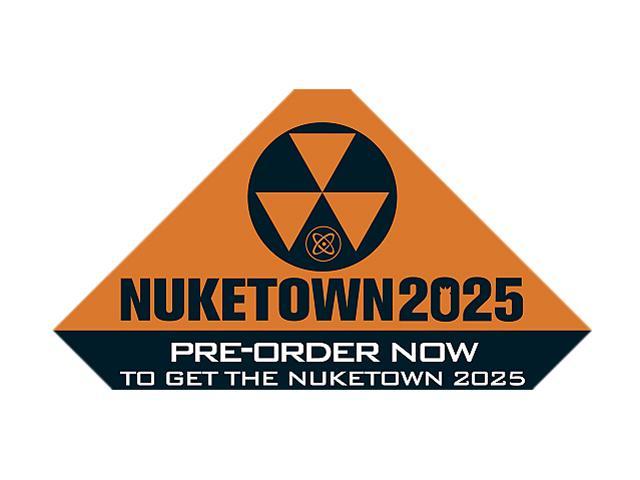 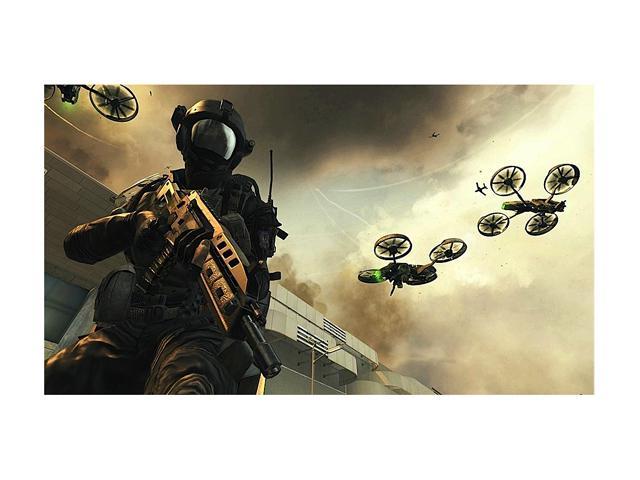 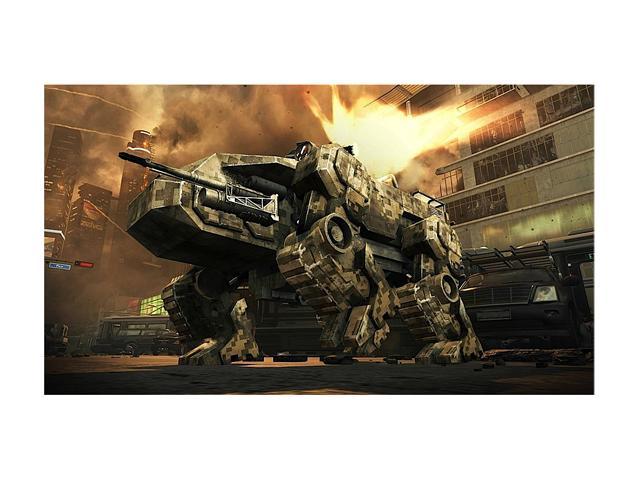 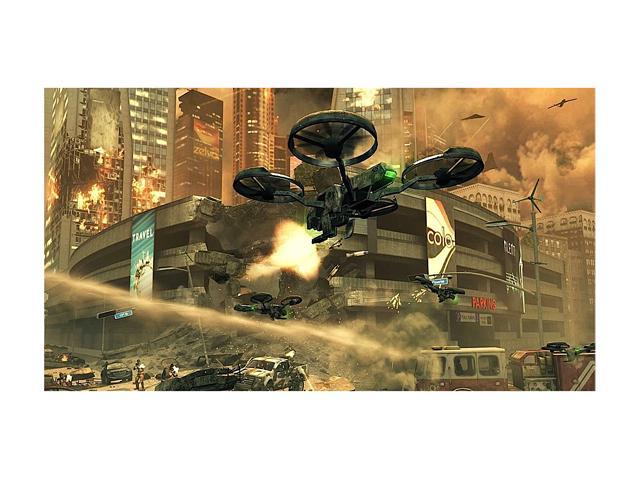 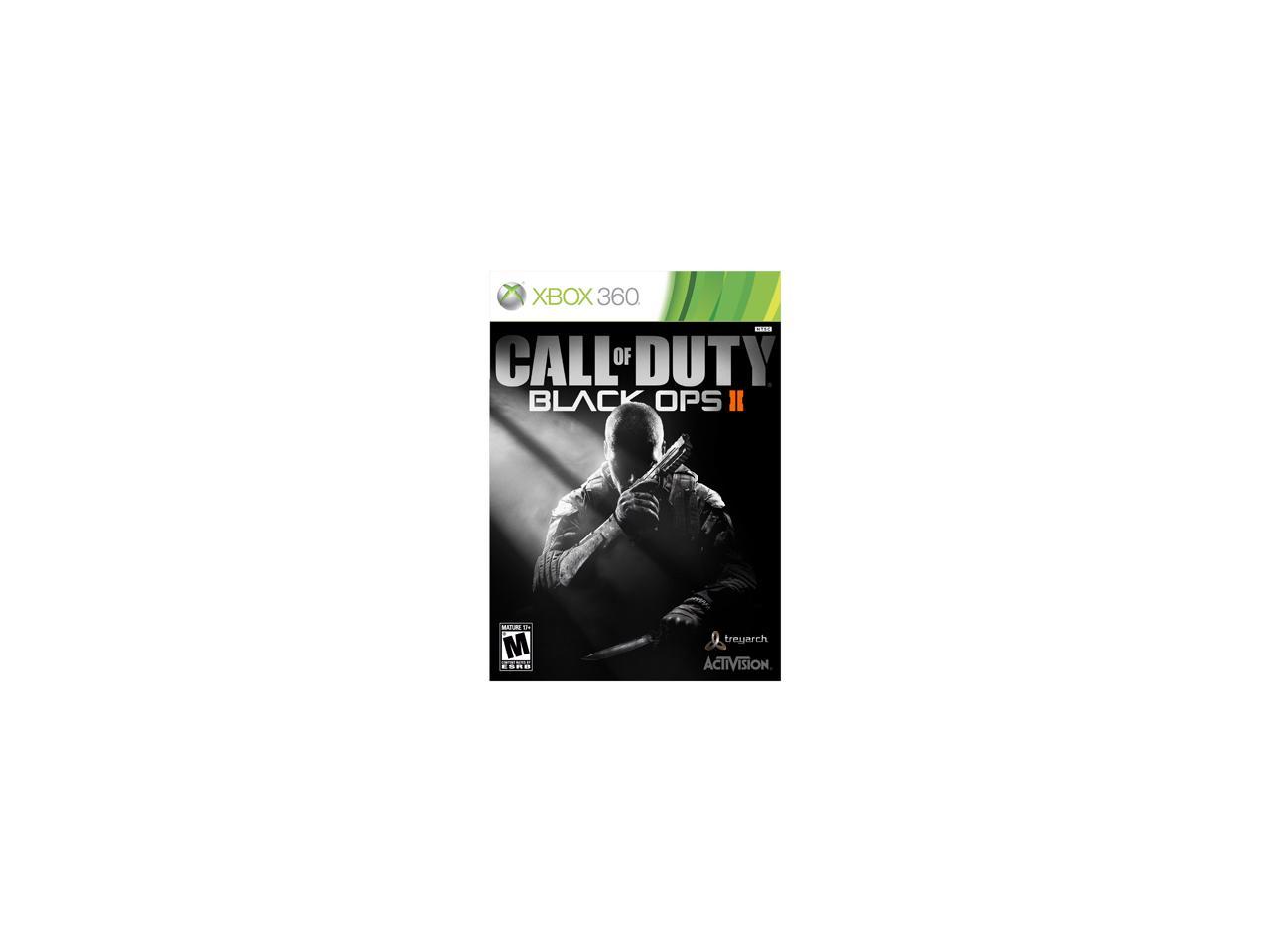 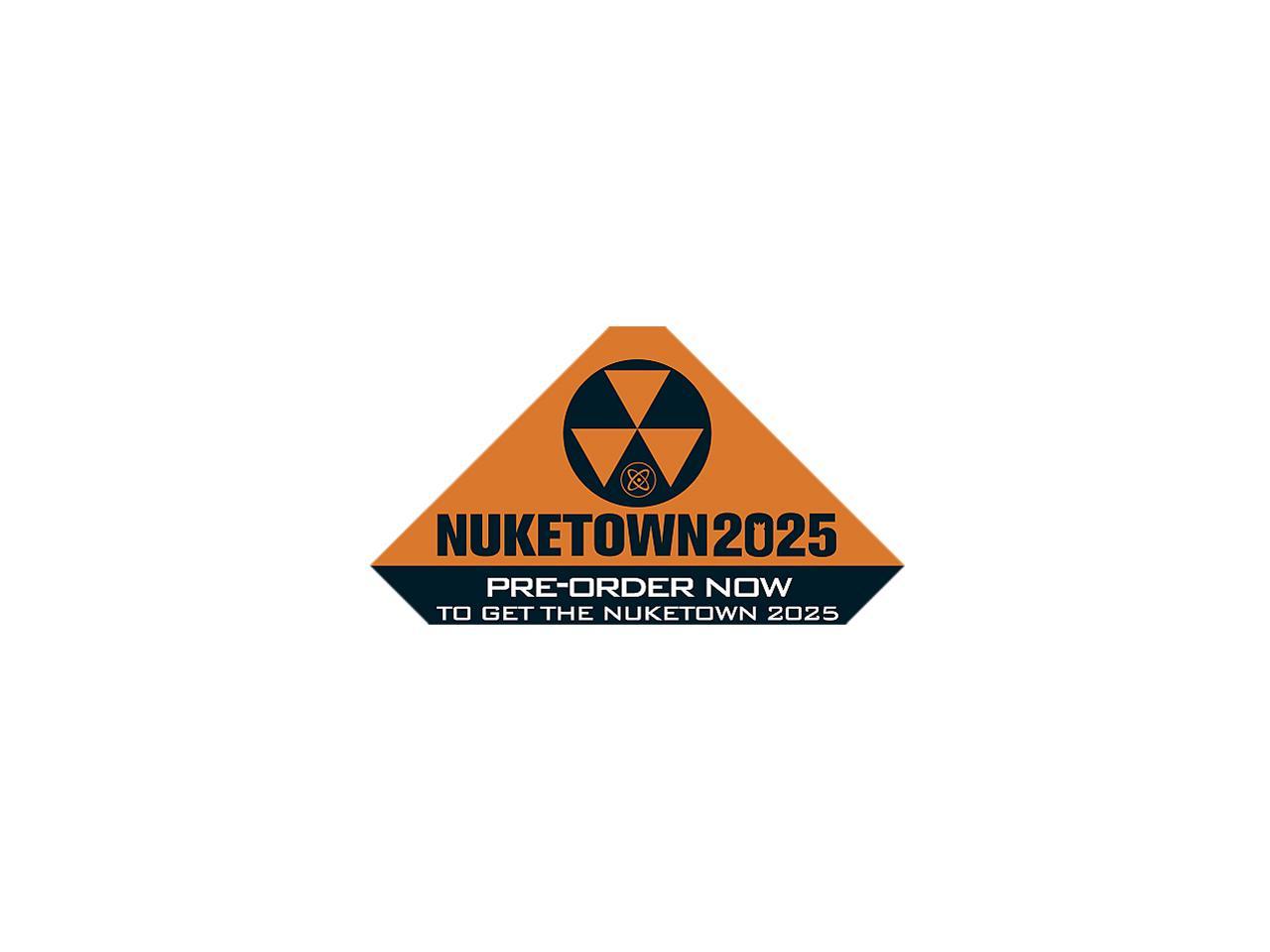 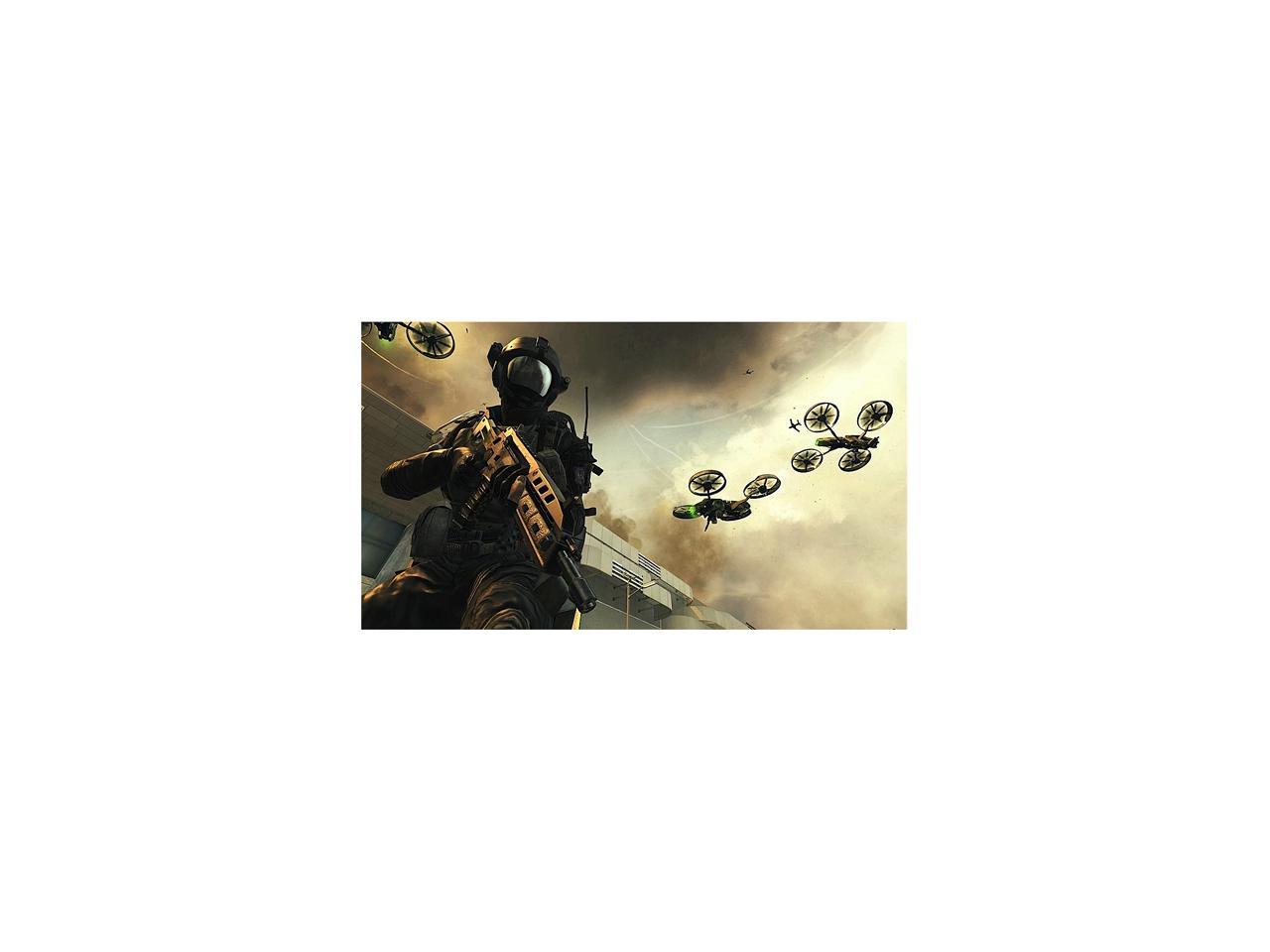 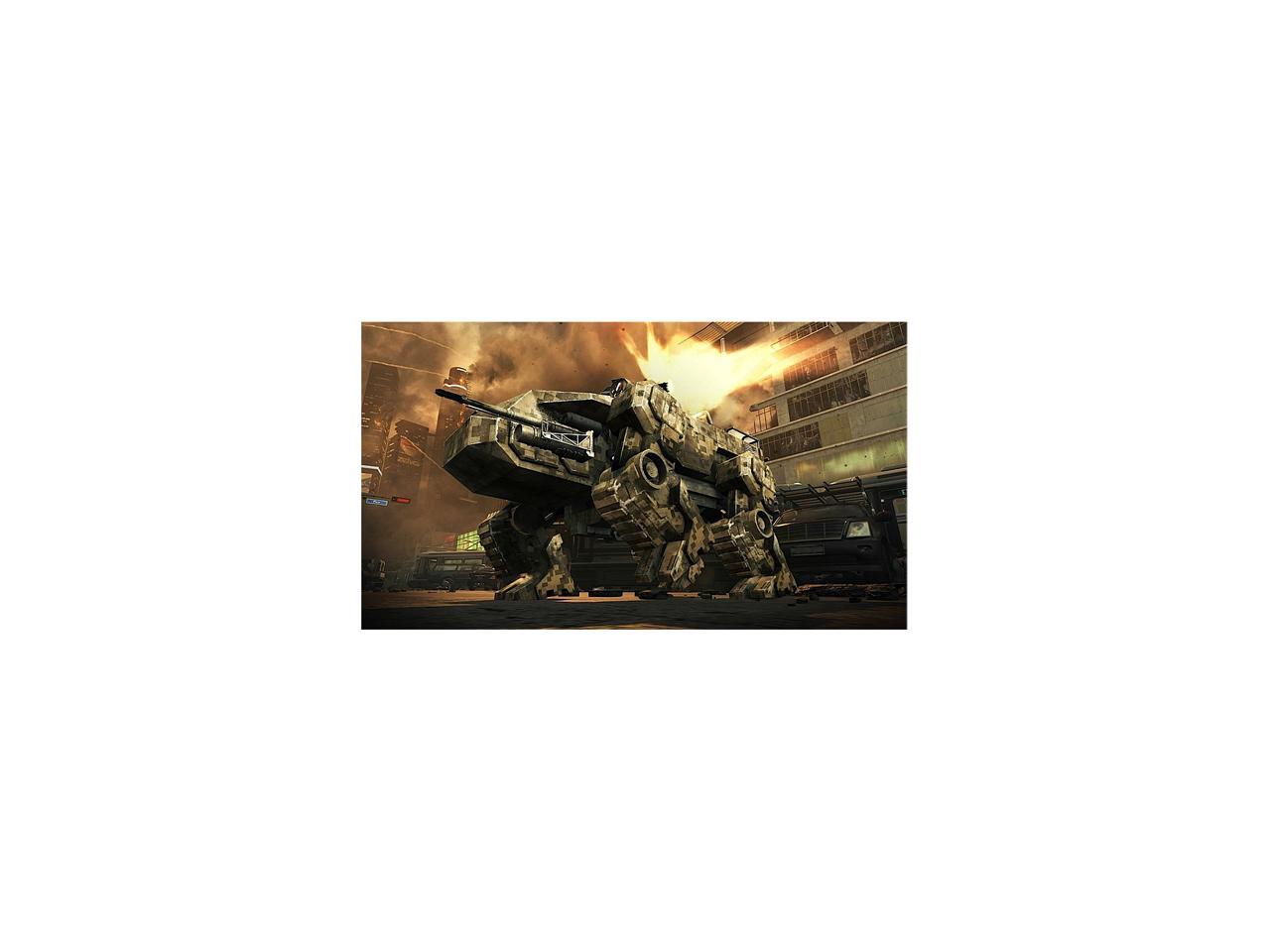 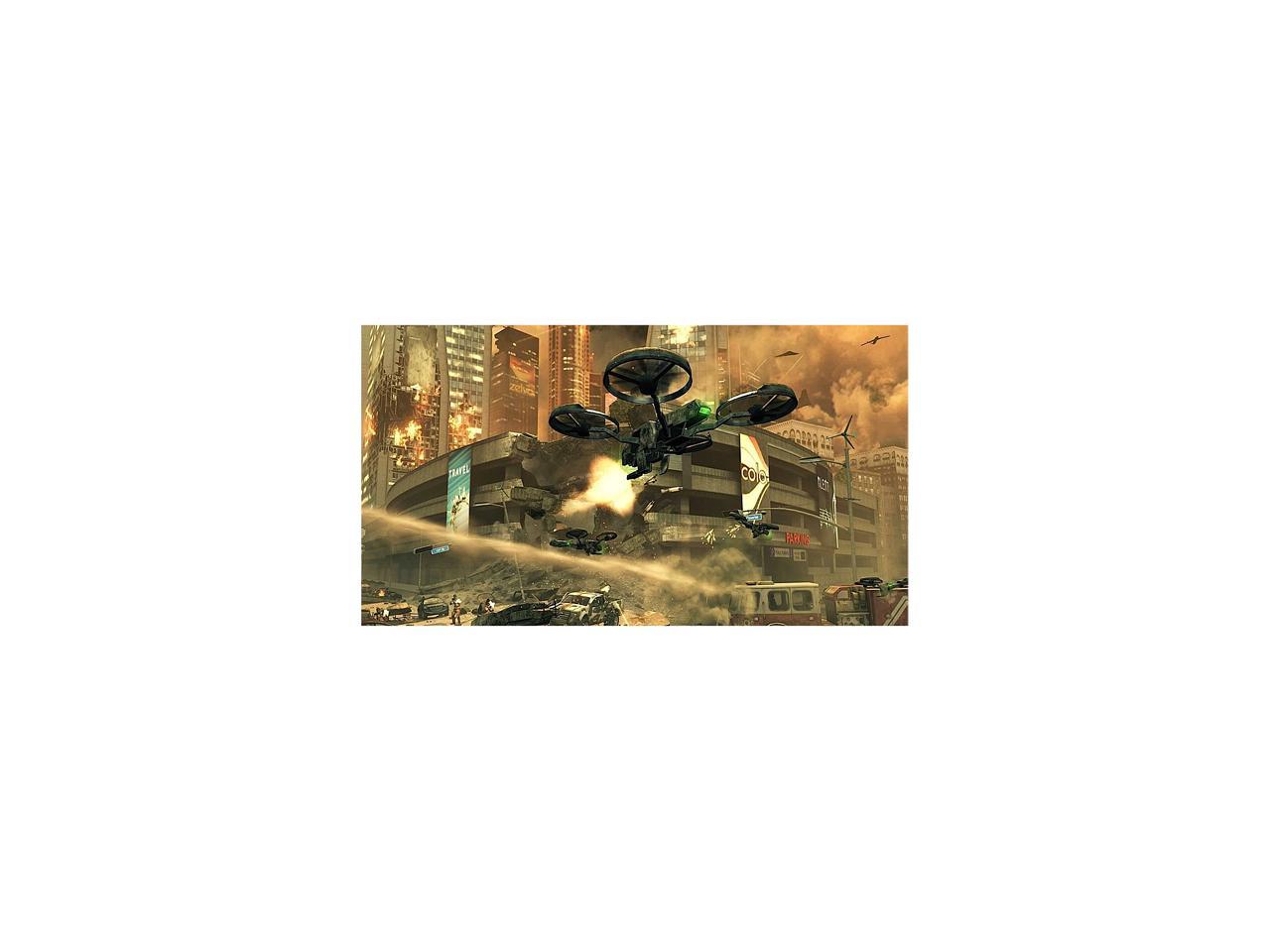 Pushing the boundaries of what fans have come to expect from the record-setting entertainment franchise, Call of Duty: Black Ops II propels players into a near-future, 21st century cold war, where technology and weapons have converged to create a new generation of warfare. Campaign
A time-spanning, generation-spanning narrative, Call of Duty: Black Ops II introduces players to an insidious villain named Raul Menendez, who hijacks the US military infrastructure to further his own agenda. Harness the power of near-future technology and advanced robotics to pull the world back from the brink of annihilation.

Multiplayer
Rooted in near-future fiction, Call of Duty: Black Ops II multiplayer will introduce players to some of the most cutting-edge weaponry and equipment that 2025 will have to offer. Black Ops II multiplayer introduces a re-imagined Create-a-Class, introducing players to a new "pick-10" allocation system that allows for a combination of any 10 items, making almost anything possible. The new Score Streak system rewards players that play to the objective and help their team win. League Play, CODcasting, and Live Streaming combine to make Call of Duty fun to watch, by providing players with the tools to commentate games and broadcast those games to the world.

Learn more about the Call of Duty: Black Ops 2

Pros: Best single player FPS campaigns in the COD series, this and the first CODBO. Only halfway through and loving it. The multiplayer is a mixed bag and is FAR too dependent on the Internet connection and can be "cheap" because of lag. I still like it, but I definitely preferred MW3 multiplayer. Treyarch has messed around with sensitivity and other features for better or for worse, I still play and love it...its Call of Duty...if you like that, you will like/love this.

Cons: Sensitivity changes aren't necessarily my favorite. I don't like the connection issues I have encountered.

Overall Review: Newegg.com shipping sucked on this one, didn't get it until Thursday. I assume that is because it is a popular product, but the $12 I saved with the promo code wasn't worth the pre-order hassle when I could have picked it up from Toys R Us release day for the same price after taxes.

Overall Review: All I can say is it's just another COD Game. Nothing Special. I'll probably hate it after a few weeks... :/

Pros: Good graphics, perks, guns, and killstreaks. Nuketown 2025 has it's own separate server which is pretty awesome. It includes all of the game modes. Interface is easy to navigate through.

Cons: If you are playing two player it's hard to read your kills, deaths, and ratio. It might be better if you have a big screen.

Overall Review: This game is like a blend in modern warfare 3 and black ops. It feels more accurate, looks more polished and futuristic! Campaign mode is really fun and intense.

Pros: Good game, excellent graphics. The language is a bit rough for my 14 year old son, but you can make it G rated.

Overall Review: The Xbox case that the game shipped in was broken. Thankfully the disc inside was totally unharmed and runs perfectly. As this may be the fault of the delivery service, I don't place blame on newegg as they have historically been very reliable with my purchases. Also saved $12 by using the preorder discount promotional code, so it was cheaper than anywhere else.

Pros: -different style to the campaign -Interesting story -the same fun multiplayer -near futuristic ideas blend well -great maps -varied weapons -zombies are fun to kill -the price i got it from here($48) -prestige mode is actually not a chore and worth it if you know you'll play the game long after the first few months. -league play is interesting -scorestreaks are cool and varied(the gaurdian is fun to use and also the dragonfire)

Cons: -Lag lag lag lag, its terrible when it happens lag compensation is ever prevelent still in recent COD's -no dedicated servers -some maps are meh and are predictable(turbine ends up being a snipefest) -season pass begging -SMG's are still the go to weapons -some of the later score streaks can lead to people camping for them. -nuketown isn't its own dlc mode now like when it was first launched,its still there but you have to vote for the map. -hit detactions is off its too random -Combat training is still online only,LAME

Overall Review: Its a step up from black ops which is the last cod I played, never played mw3 aside for a few minutes so i can't compare it to that. It won't surprise anyone whose played these games since 07 but it has enough content to justify the price. If you have friends who play COD daily then definitely its worth playing if want to relax and play with buddies. Its still has that fun gameplay that keeps you playing for hours in the end if it can keep you for playing that long I'd say its still a good game. Now if they can only get dedicated servers.

Pros: Black Ops 2, the best cod yet? I believe so. If there comes a time in a video game franchise where the sales get so high that everyone starts to hate a game. You have to prove them wrong, or the series will die off slowly. This game does just that. The single player campaign, from what I've played, is extraordinary. The missions give you the same feel as a COD4 mission. They give you choices that let you determine the outcome of character lives during the game. The Zombie mode is nuts, there are so many places and modes to choose from. There's one that you can go one human team vs one human team vs zombies, which is crazy and chaotic. Gives zombies a whole new depth to it, that it seemed to lack in Black Ops 1. Multiplayer is better than ever. The maps are great, the scorestreaks are awesome, the ghost perk is at level 55(and you have to be moving for it to work), and the bullet placement is fixed. I guarantee you won't be disappointed with this. It's really fun.

Cons: The strike missions in campaign are tedious, but not required. That's not too much of an issue.