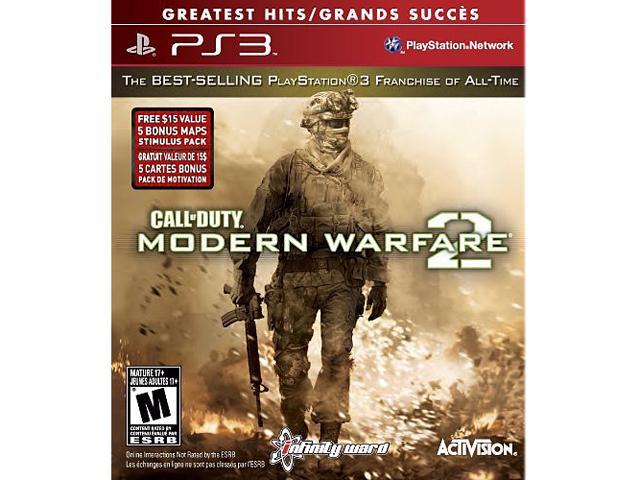 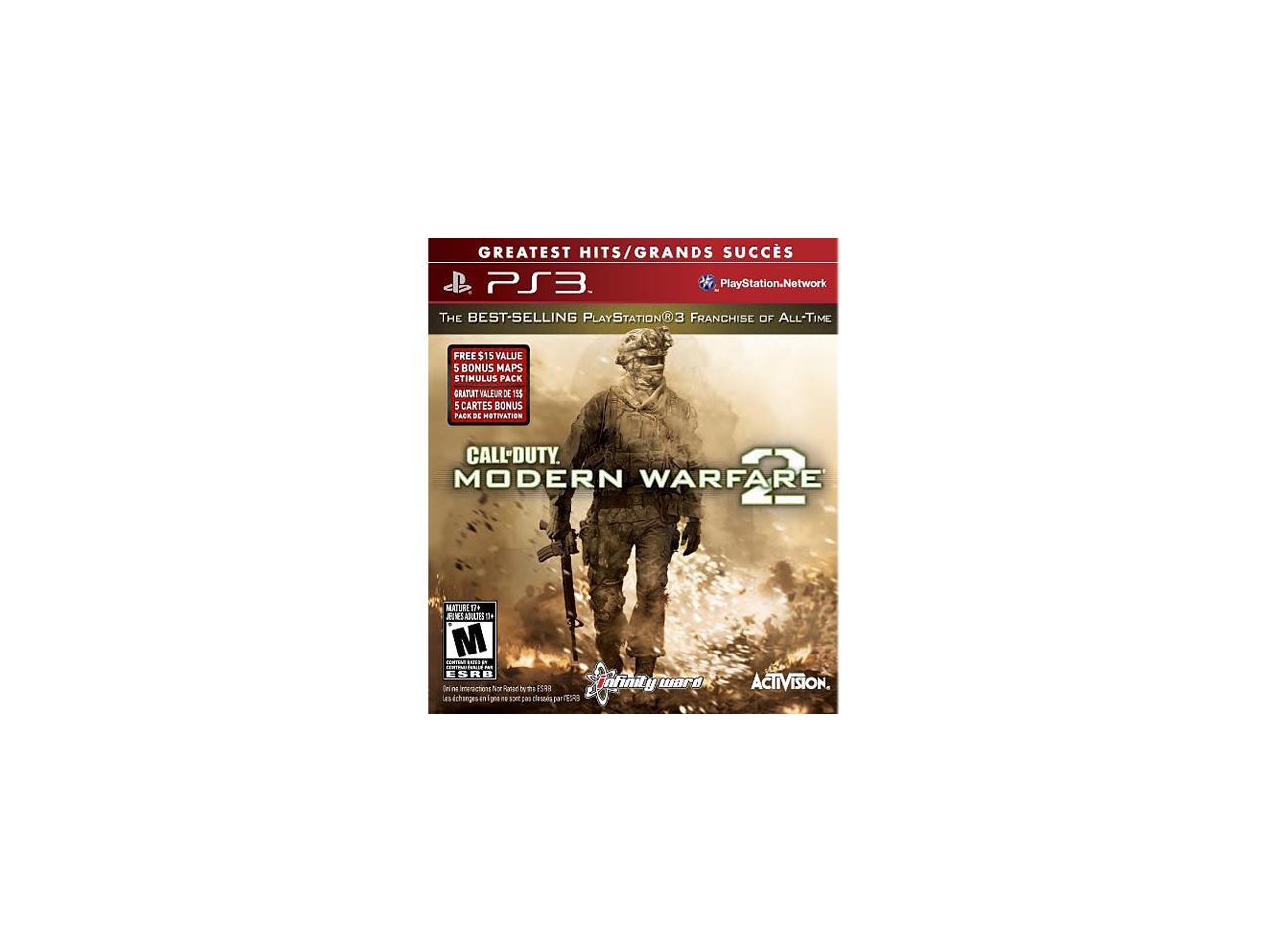 (58) Write a Review
See more "ps3 games"
OUT OF STOCK.
Please note that this product is non-returnable and non-refundable.
LOADING...
Overview
Specs
Reviews
On November 10, 2009 acclaimed developer Infinity Ward makes its return with the release of Modern Warfare 2, the sequel to the multiple Game of the Year Winner Call of Duty 4: Modern Warfare. As the newest installment in the highly acclaimed Call of Duty ® series, Modern Warfare 2 continues the gripping and heart-racing saga with an unprecedented level of action as players face off against a new threat dedicated to bringing the world to the brink of collapse. This sequel to Call of Duty® 4: Modern Warfare® continues where the previous historic events of its predecessor left off. This sequel includes an entirely new gameplay mode that supports 2-player cooperative play. The co-op mode can be played either online or through split screen, which is different from the single player story mode. This special ops mode include a variety of time and objective-based missions, which many can be unlocked as players increase in rank. Reinventing the multiplayer mode, Modern Warfare 2 includes new perks, customization, and modes. These include customizable killstreaks, accolades, post match reports, secondary weapons, and equipment.

Learn more about the Call of Duty: Modern Warfare 2 Greatest Hits with DLC

Pros: Improvements on all fronts! Terrorists scene, makes question yourself but is instructive in every way. You get to judge how different are soldiers from terrorists? etc. Graphics are much better, and scenarios are well structured, with fast paced gameplay, you won't be bored! Multiplayer is whole other game with upgrades and SPLITSCREEN (THANKYOU!). Long life to this game! Love it!

Cons: ...none apart that i have to oblige myself to get to work :^p

Overall Review: IW2 servers and matchmaking really make it fun, as you won't find yourself entering a server full of pro's and it also annihilates hacking! Finally!

Pros: Plenty of customization Fast paced Rather up close and personal combat Large variety of game types It's just all around good, choosing your specific loadouts and unlocking new perks and weapons. It's very satisfying to get on a streak and to call in support, as well as when shooting down helis/harriers when somebody else calls in support. The pace is good, you never find yourself in a boring spot with a "Where is everybody?" feeling. And really... it's just addicting

Cons: getting flashed by your own flashbang when you're not even looking at it. It gets a little annoying with people using Lightweight+Commando+marathon, they have a habit of just kinda floating their knife into you. But you get used to it and learn how to deal with it. No vehicles, but you get to fire out of a chopper/ac130 and use predator missles. Fixed weapons are basically worthless You sometimes find yourself yelling at the screen stupid 12 year olds with mics. Fortunatly you can shut em up.

Overall Review: It is a must have for your collection. I basically buy games for the multiplayer, which is great on this game. Not a huge amount of players, but that makes it more competitive and personal. I keep hearing that the campaign is short, which idk... I guess it was, but why would you spend over 50 bucks just to play through a campaign?

Cons: No Coop for 1player. Tried Spec Ops mode coop, but it was unplayably choppy. Will Try again. Single player is supposedly short.

Pros: Graphic is unbelievable, the game play is an awesome improvement from COD 4, very action oriented from start to end

Cons: The single play campaign was way too short

Pros: Newegg's shipping was very timely. very satisfied. this game just makes me mad with the different programming issues in it. *fingers crossed for modern warfare 3* already reserved and paid for, just waiting for newegg to send it to me.

Cons: the game programming always makes me mad even on xbox

Cons: Multiplayer has deteriorated to having an abundance of hacking.

Overall Review: The game is solid at its core, and that's why I love it. Very fun and very addicting.

Overall Review: BUY IT! Or wait for Black Ops!

Pros: Pre-orders usually get to me the day before the game is released in stores. I love it. Awesome game. ATVI gets better and better each year.