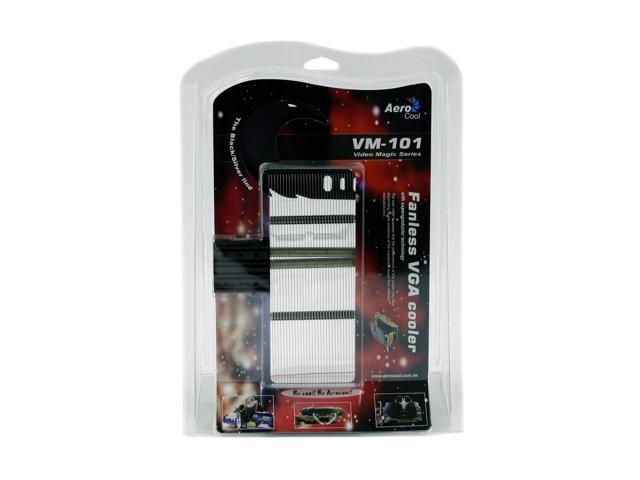 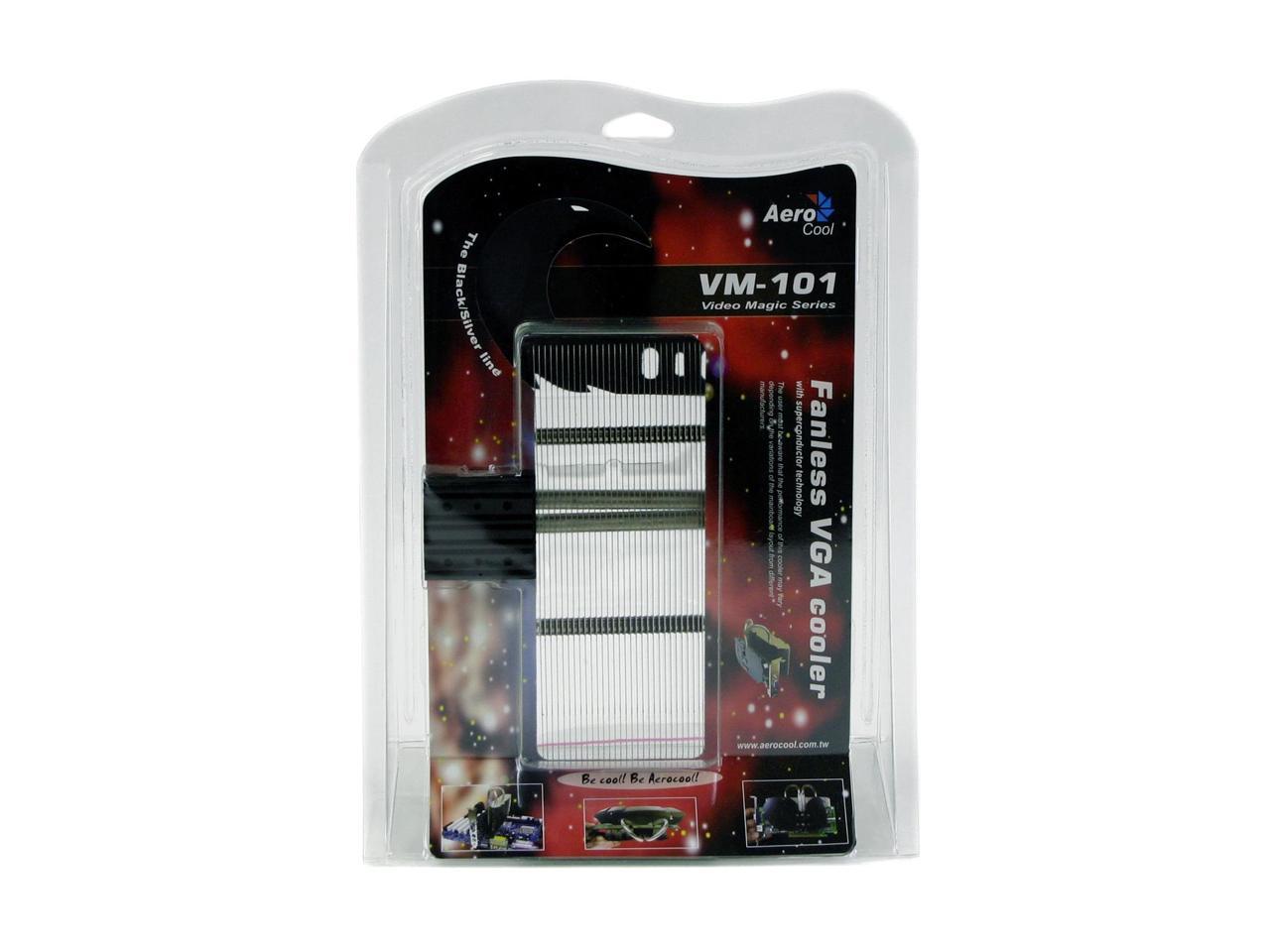 Learn more about the AeroCool VM-101

Pros: Installed on a PNY 9800GT "power efficient" with the 55nm G92b chip and no external power connector. The included screws were too big, so I had to buy some 2.5mm screws and nuts at my local hardware store. Other than that, it was pretty easy to install. I used Arctic Silver 5 on the chip and included paste on the heat tubes. Idle temps in the 50’s and 70-80’s under load depending on the game.

Overall Review: I’m a little uncomfortable with 85 degrees so I might have to get some kind of case fan blowing on it. But a large fan should be fairly quiet unlike the one that came on the card.

Pros: My VisionTek RADEON HD 4350 came with such a small heatsink and fan which made it idle at 50C. At 100% load for an hour, the card will get up to 74C, which was very hot for an HD 4350. I bought this VM-101 for it and installed it on my HD 4350 in 10 minutes. I used AC5 on the GPU and used the provided thermal paste onto the heatpipes. Popped it into my machine and monitored the temperatures for a good 10 minutes. The idle temperatures were now 43C, while at 100% load for an hour the card reached 56C! That's almost a 20C drop from the stock cooler! Very impressive heatsink.

Cons: I was hoping this cooler would also come with a box of chocolate. Other than that I really have nothing against it.

Pros: Quiet (duh), seems it would fit most any card (see cons though), cheap. Fins can be put on either side of card, however if not wrapped around card, will likely take up the next _two_ slots of space.

Cons: Somewhat flimsy and not well supported (it is very large - longer than my nVidia 7300. This _will_ take up at least one slot - also watch the area past the back end of your vid card - I had to relocate an HD in my small case. Instructions ok, but like others say, they don't specify which screws are which.

Overall Review: I had to bend the tubes to get around some big capacitors at the top of my card, but metal is soft and seems to have worked. Put together it still seems a little flimsy and delicate. Thermal grease is messy, so test fit this together on your card FIRST, as you may have to bend things like I did.

Pros: price, surprised at how much better the cooling is for my gt 240. This was much better than the stock cooling that came on the card. The engine clock is only at 450mhz because of the card being low profile. I can overclock to 600mhz easily and this heat sink helps a lot with that. Did I mention it is silent too!

Cons: Does take up more space in my already cramped case.

Pros: I have three of these, which I use on older cards (Nvidia 5 and 6 series). (My Nvidia 8600 cards were purchased as passsive models that included giant heatsinks which get quite hot, I would have reservations about trying to mod a series 8 card).

Cons: Not sure if the card would work with the latest GPUs...

Overall Review: Mine came with silver heatsink compound, which can get on the hands and graphics card. This paste conducts electricity. After my first mod, the card did not work; it turned out that a tiny amonut of the silver paste was across 2 tiny resistor contacts on the card. I took this off with alchohol and the card worked fine. Now, I put masking tape around the GPU before applying the silver paste, and I clean the silver off hands and all surfaces with alchohol. I also make plastic washers from the clear plastic that the unit comes in. The plastic washers are to prevent the mounting screws from coming into contact with any electrical leads on the graphics card circuit board.

Pros: It takes up the slot above it instead of below it?

Cons: 1. Instructions don't specify which screws or brackets to use. 2. Nothing holds it to the GPU. They give you some slide brackets which you slide into the bottom heatsink. When the card is installed the weight of the heatsink pushes it several mm off the GPU so no contact is made. 3. If your computer case has the motherboard lay flat, your in trouble. There is NOTHING to stop the brackets from sliding right off the heatsink!!! I stood the card up to put it in the case and the whole thing slid right off every time. The only way to keep it on there was either glue or some form of string and duct tape contraption. 4. Comes in a blister-pack so have fun opening this

Overall Review: I see all these other decent reviews and maybe I was missing pieces but Ill never know that since there isn't a parts list either. Not worth the time or hassle

Cons: Not really a con for me - but you do need an empty PCI slot next to your video card because this this is pretty big. Plan on moving some cards around, but it's totally worth it.

Overall Review: Best investment I could have made for under $20. Got one for my kids computer and for my box at work.

Cons: For me this required a fan suspended in the middle of my chassis.

Overall Review: Why do they make it look so cheesy?