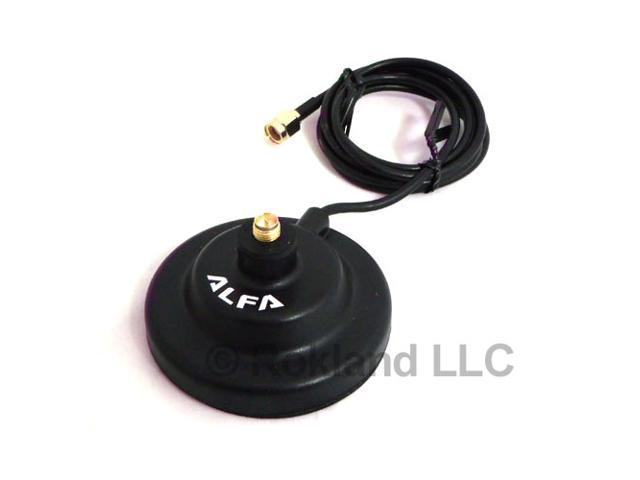 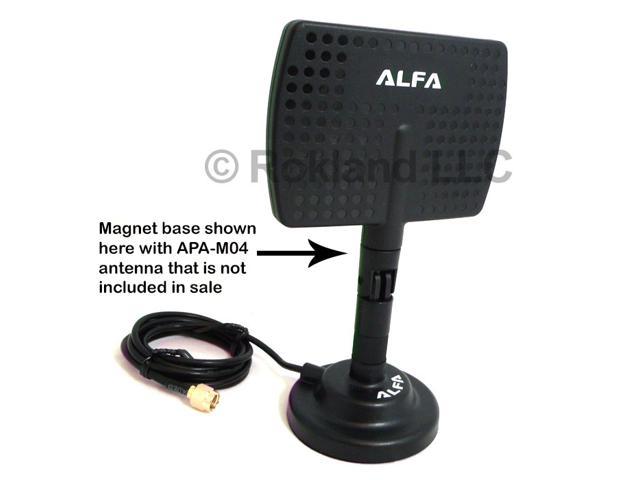 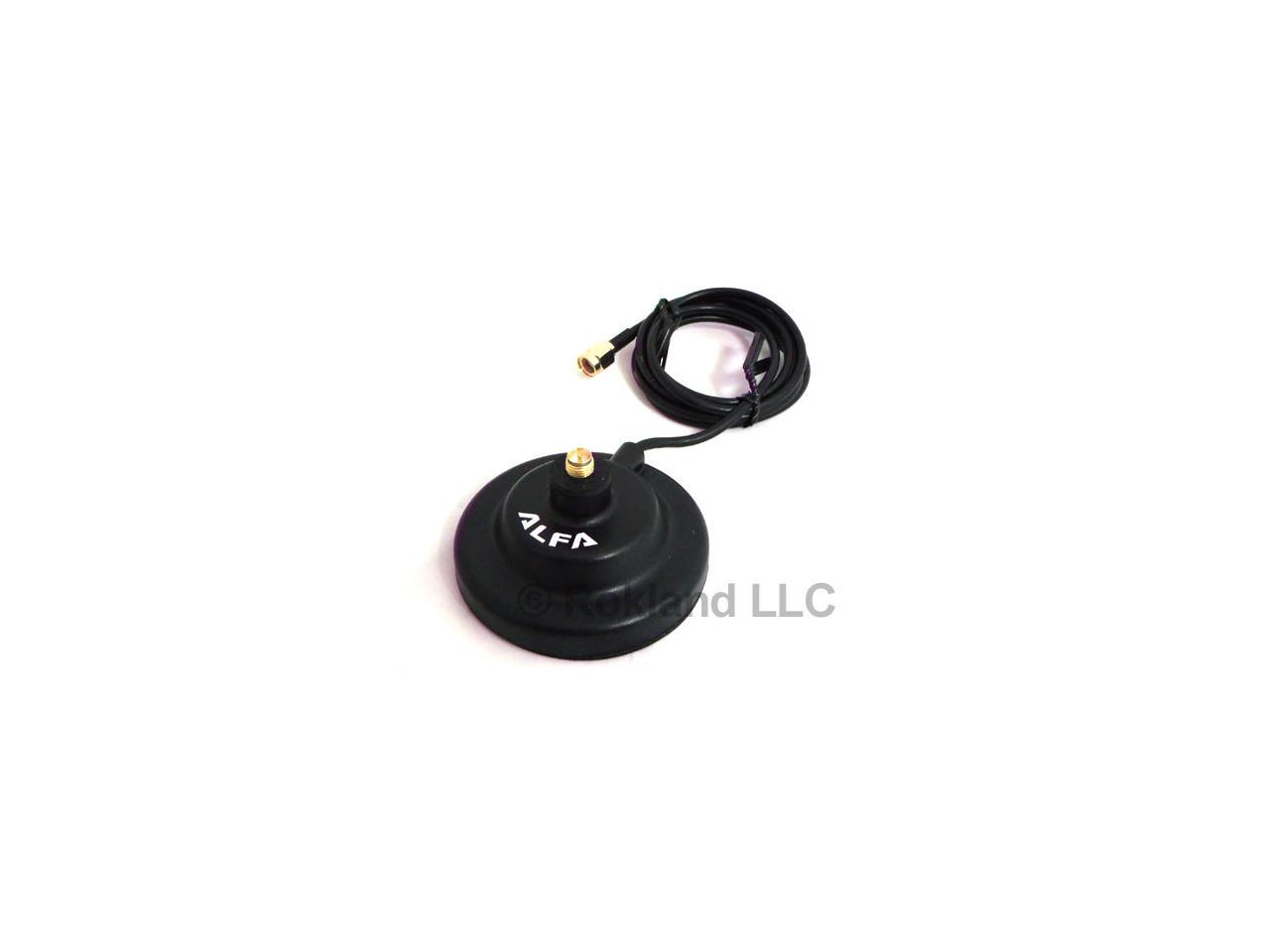 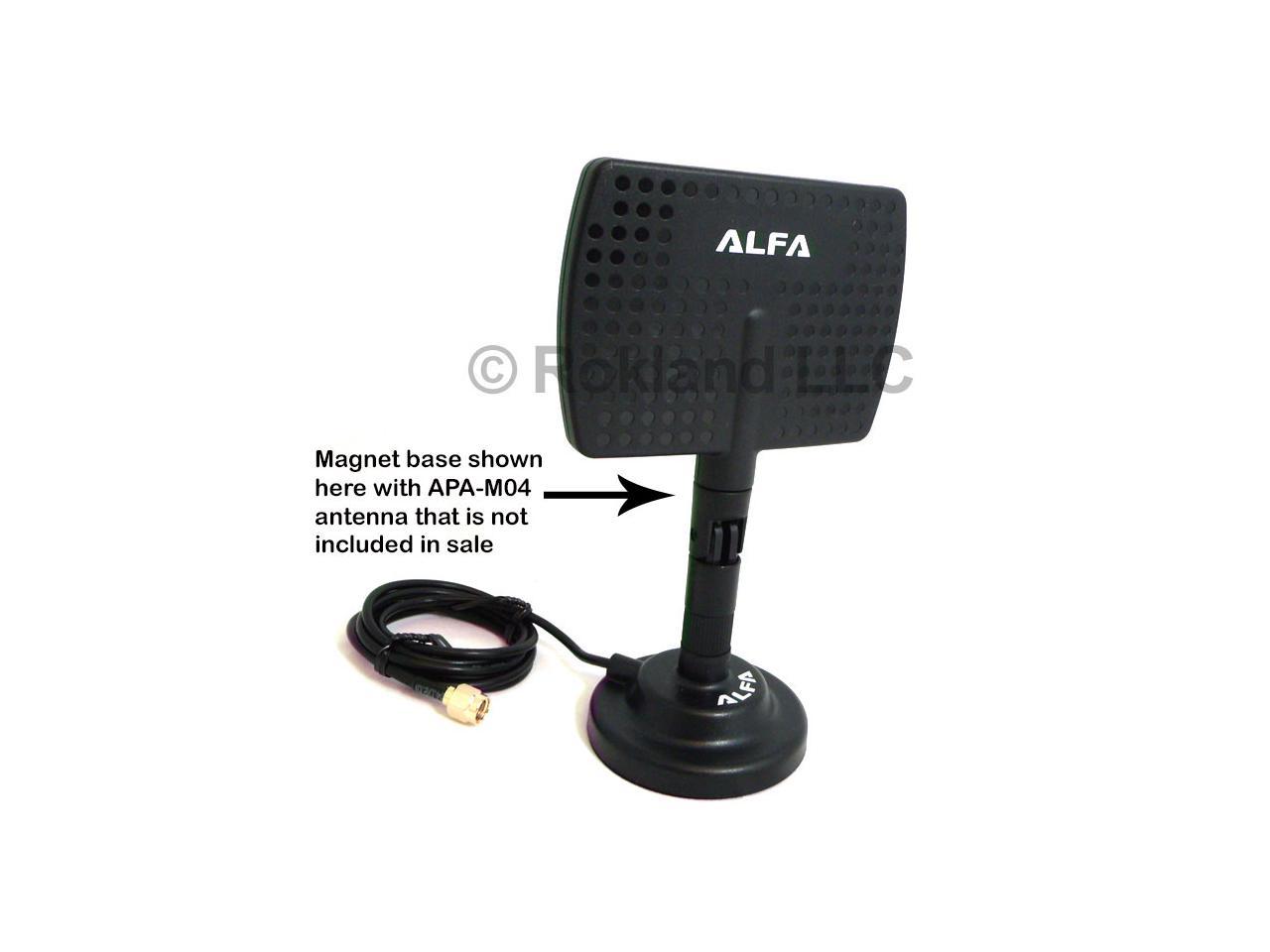 (1) Write a Review
In stock.
Ships from United States.
Most customers receive within 3-6 days.
Overview
Specs
Reviews
Alfa ARS-AS01 is a magnetic mount antenna base with RP-SMA connector. It comes with a three-foot antenna extension cable built into the base (1m). This is a great way to get more signal on your Alfa Network wireless receiver, such as Alfa models AWUS036H or AWUS036NH. Simply connect this magbase to your Alfa adapter's RP-SMA port with the built-in cable and then connect the Alfa antenna you already own to the top of the magnetic mount base. Now you can place your antenna up to three feet away from the adapter for improved reception.

Note this item itself is not an antenna, it is a base that you can use with your compatible RP-SMA antenna. Put the antenna on a window sill near your desk, or place it on the top of your car for increased Wi-Fi reception when traveling (never use Wi-Fi and drive at the same time of course! ). This base will work with any WiFi device that has an RP-SMA port, it does not have to be Alfa brand only. The diameter of the base is 2.5 inches. In light city driving we found this base to stay attached to the outside of the car without an antenna attached.

We reached speeds of 40-50 mph. We did not test with an antenna attached, and recommend you always detach your antenna from the base when your vehicle is mobile as something such as a tree limb could knock it off and make it a potential road hazard. We do not recommend leaving the docking base attached at speeds above 40 mph though we have not done any further speed testing. Our company makes no claims about travel speeds and we would suggest the magnetic base only be used when the vehicle is stationary just to be on the safe side.

Learn more about the ALFA ARS-AS01