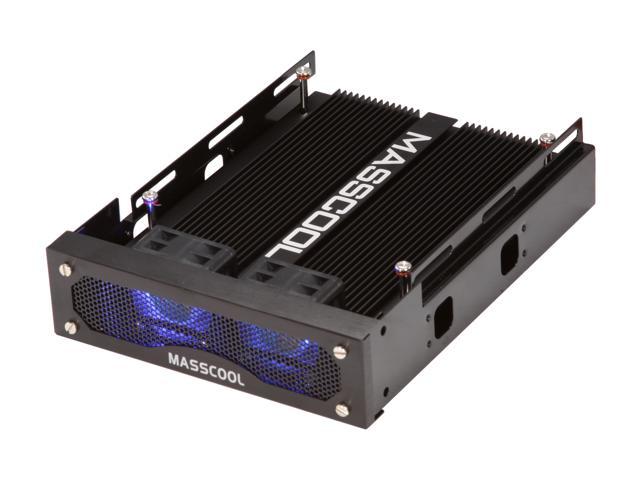 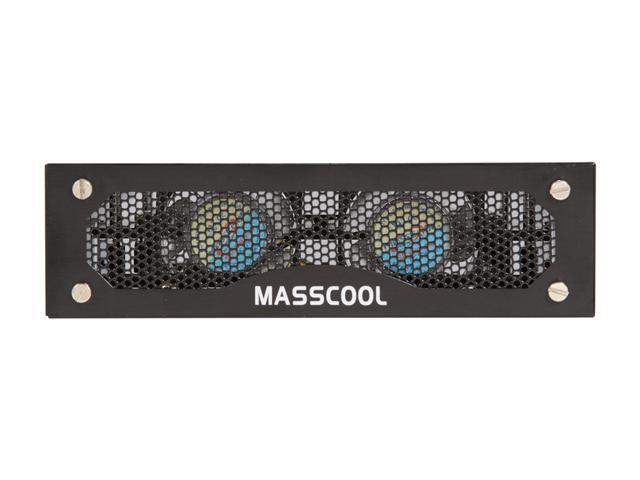 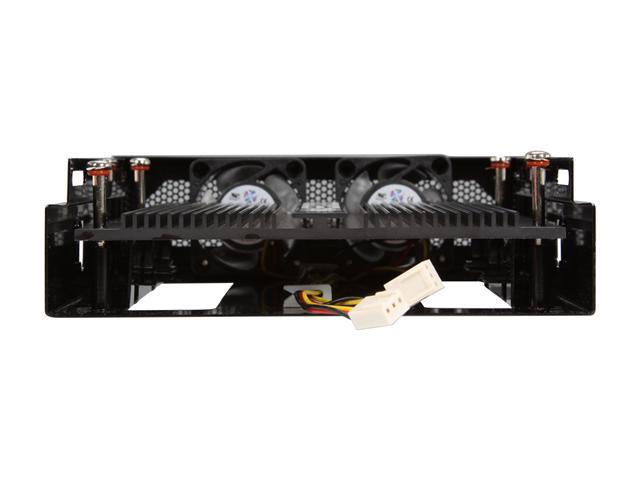 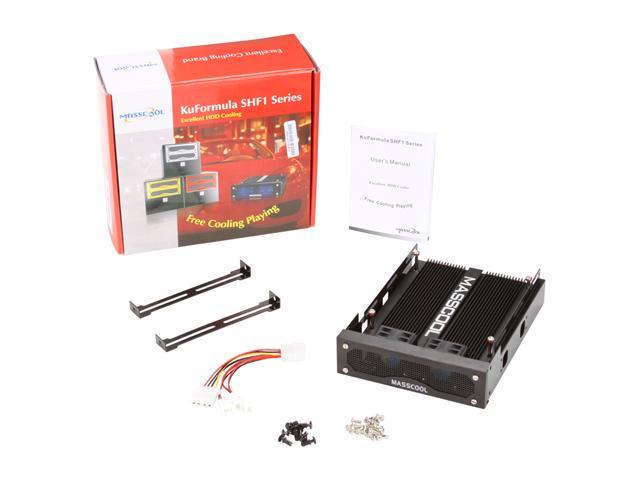 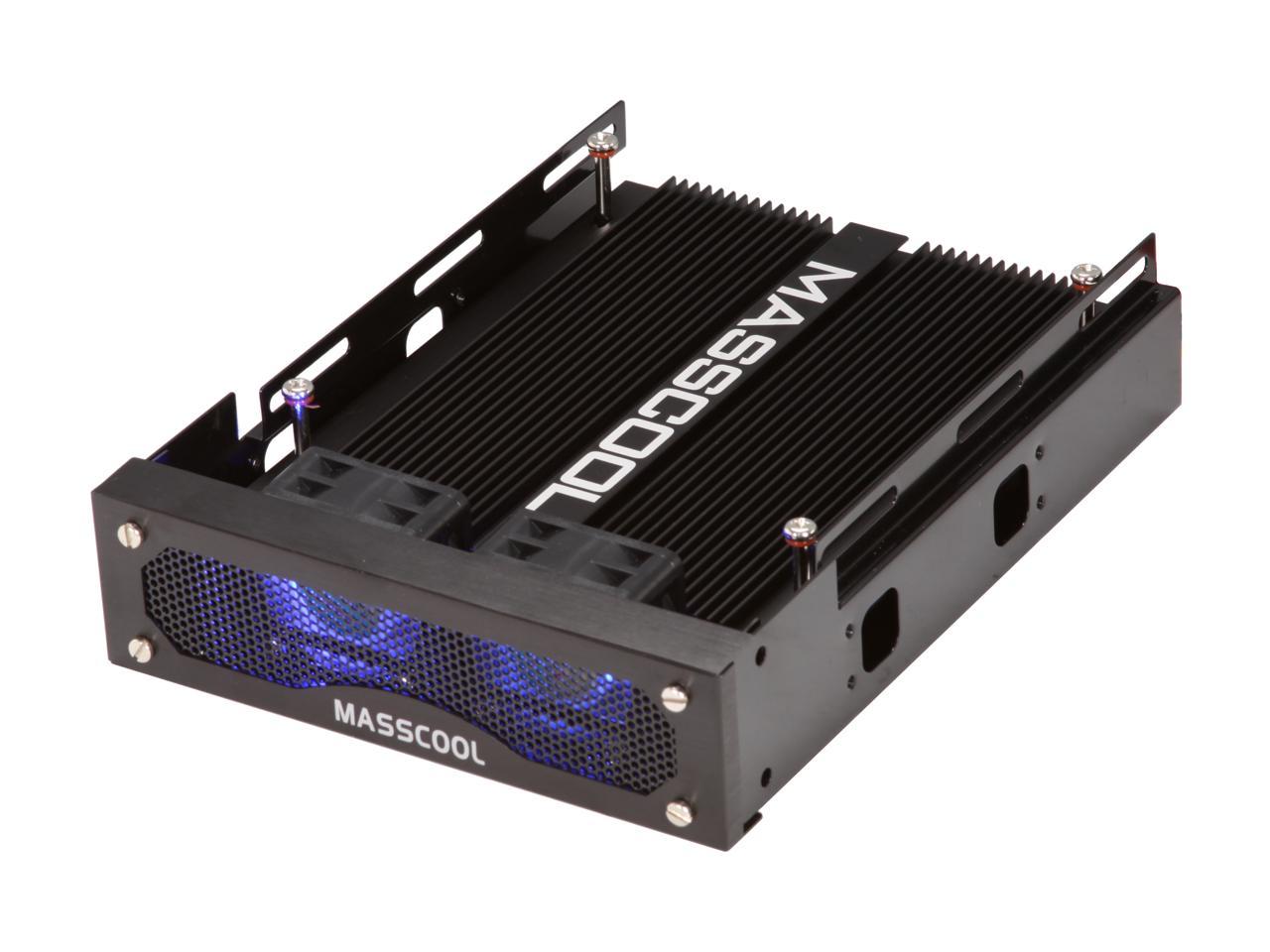 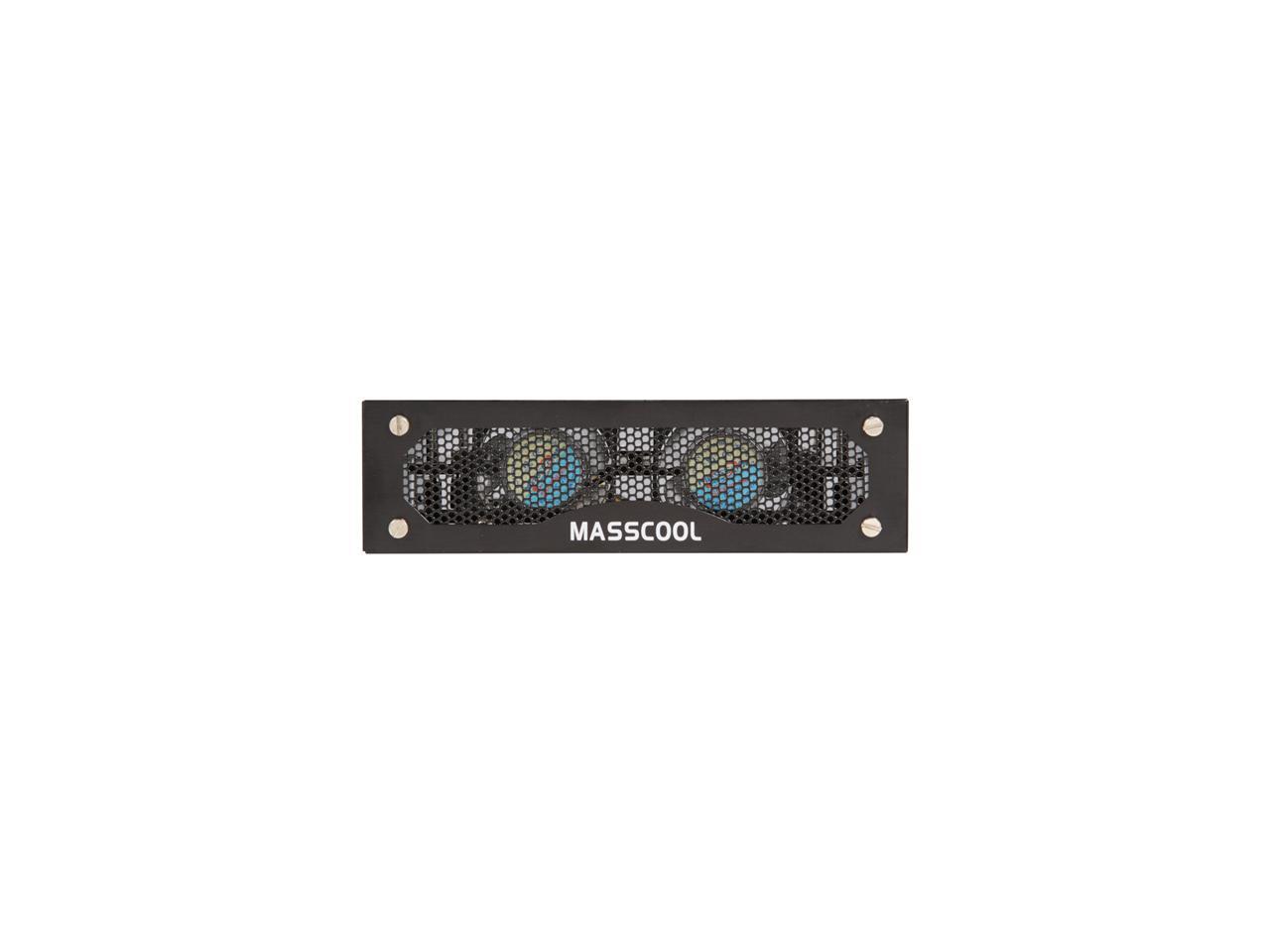 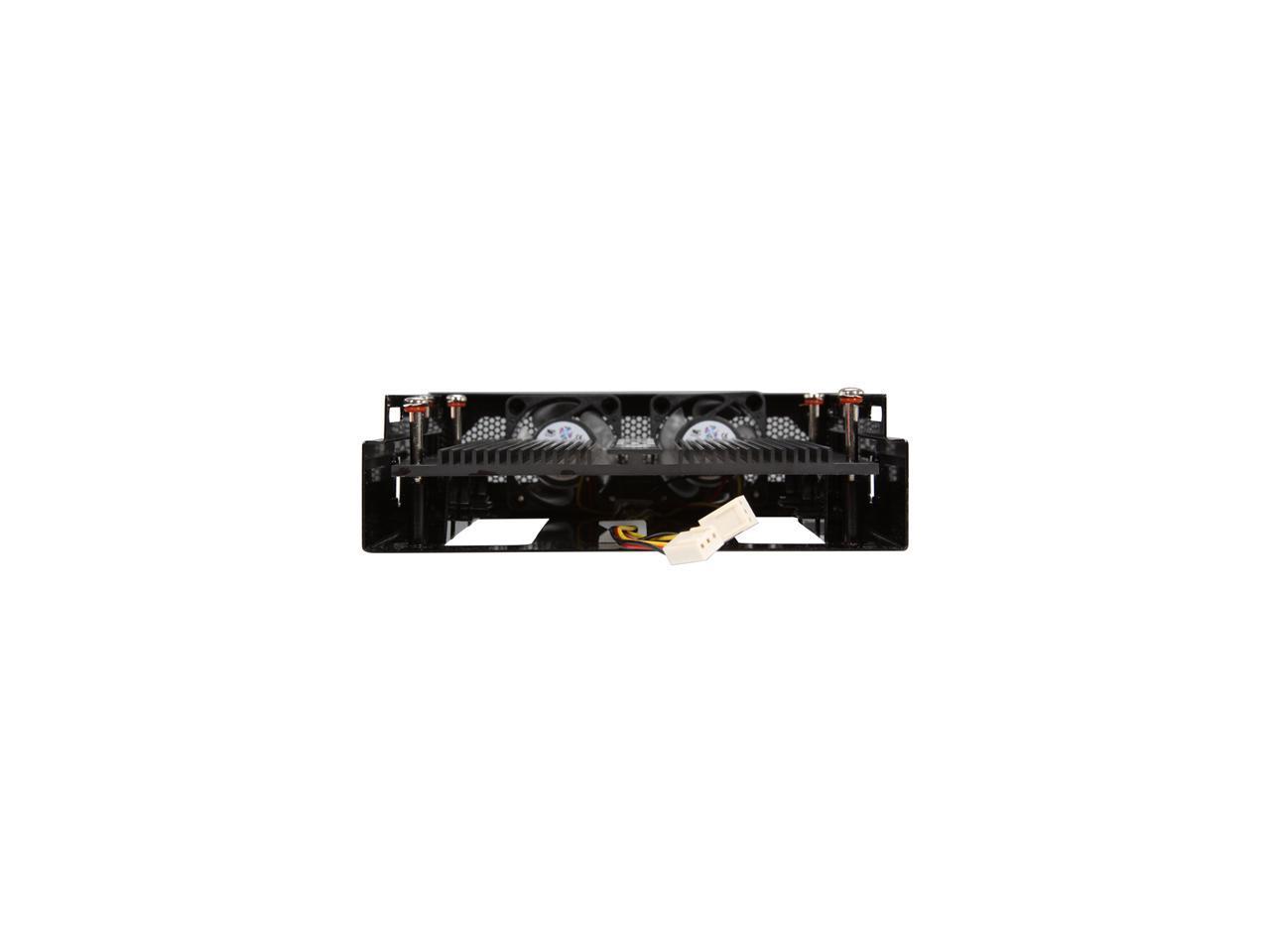 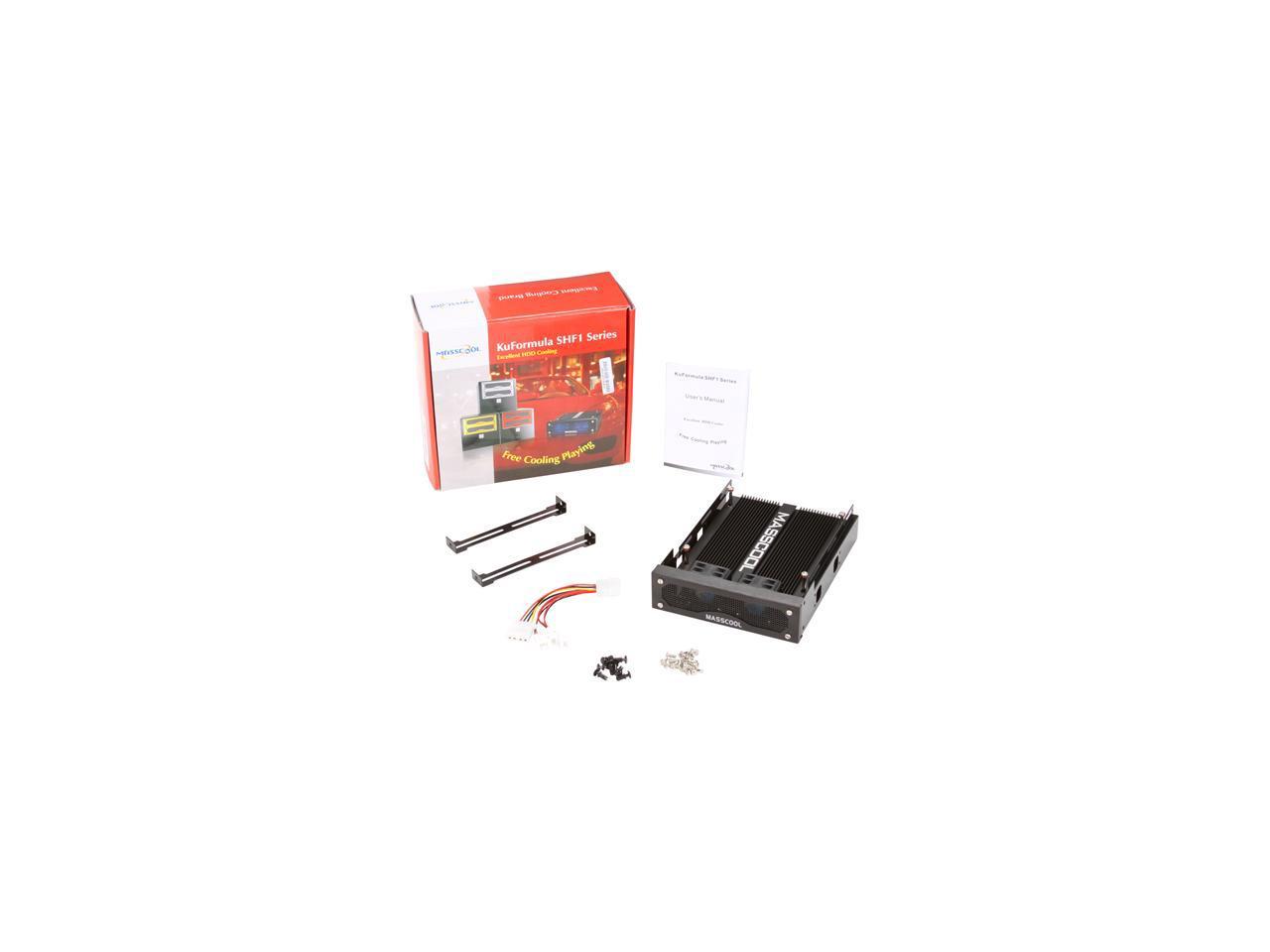 (228) Write a Review
OUT OF STOCK.
Specs
Reviews

Cons: I understand that in order to make inexpensive product, manufacturer puts in really cheap fans, but this is ridiculous. This cooler supposed to be quiert and it is the loudest thing in my built PC. It shouldn't be like that.

Overall Review: I strongly suggest to the manufacturer to do quality control and test their product before they send it to newegg. For other buyers I would recomend not to buy this HD cooler untill something is oficially done about quality. I paid my money for this HD cooler hoping to get a quality product as advertised instead I got something else. I did follow the enclosed insturctions, and I believe I did everything right as far as install goes. Sorry for the vid, but it's the best my camera can do at the moment. (I was reconecting those connectors rapidly on purpose to show you how it sounds like when it starts up) Looking forward to read a reply from the manufacturer. Cheers!

Pros: This is a great product it dropped my hdd 20 degrees with out this cooler my hdd temp was 114 F. with the hdd cooler my hdd is 83 F. defanatly an improvement

Cons: the front where the fans are collect a lot of dust but its not that bigof a deal all you do is wipe it off.. it only comes with the black face plate but thats not a big deal either cause my case is balck also so it matches

Overall Review: Great product i recommend everyone to buy one of these

Cons: My ONLY con was that the screws that bolt on top sides of the heatshrink, Doesnt go all the way down. Apparenly those screws where for 3.5 size drives, Not low height SATA drives, But so far, Theres no vibration issues, So alls good.

Cons: If you're obsessive about cable free interiors these will just be more for you to hide.

Overall Review: I ordered 2 for my CoolerMaster Centurion 5. The case is black with blue system LEDs so the black/blue Sytrins look fantastic with the case aesthetic. I look forward to adding more of these to future systems.

Pros: I first had a KINGWIN KF-811-BK SATA Aluminum Mobile Rack (Newegg Item #N82E16817121177) that cost $1.95 less than this unit. The temperatures in the Kingwin ran consistently about 5 deg C hotter than all my other hard disks... up to 56 deg C at times. Once I replaced the Kingwin with this Masscool unit, temperatures, the disk is now the coolest drive in the box--usually about 5-6 deg C cooler than all the other drives. Now, the disk in the Masscool init

Overall Review: It's hard to believe, but as I write this, drive temperature under heavy load is now 36 deg C.

Pros: I gave these a great review in the past, and I think the company can redeem themselves with a little quality control. I have 12 of these, purchased over a period of 3 years or so - ever since they are labeled "masscool" the quality has gone down.

Cons: The early purchases "sytrin" are still going strong, but the newer ones labeled "masscool" fans have been going bad, only months after getting them, worse yet even causing excessive vibration placing that data you are spending extra dollars to protect at increased risk. I had at least one have SMART errors appear, vibration is very bad, and IS excessive when these fans start to die, you can feel it by putting a finger on the sled. You can hear them go bad, because they become very noisy, that is, if you are using them in a place a human can check on them.

Overall Review: The "masscool" units' fan cable length is not consistent because of a simple mistake, you can fix it by removing one of the fans, and rotating them 1/4th of a turn to make the cable lengths equal in the back, didn't have to do this with the originals, just a sign of sloppiness, that did not used to be there. The original design is still a good one, but cheap fans can undo the point of purchasing them. Better fans exist, because they used to use them. I took a can of air and shot it at some of the bad fans I have replaced, and the LED's light up on pure air! (and vibrate wildly in my fingers). The original Sytrin era fans I have (that still work and don't die after 2 months) do not light up when you shoot them with a can of air. I have been stealing my old fans to replace the newer units fans, but I think this behavior marks fans you can trust, vs ones that you can't so much. I hope they fix this.

Cons: Fans are a noisy (to me) at 12V but quiet at 5V. What people said about fan cable being short (but easily fixed), bay mounting screws are tough to screw in.

Overall Review: I have a case where the hard drive bay had two drives on top of each other with inadequate cooling. I moved one to this puppy. The fans were loud to me, but the heat-sink without the fans was nearly adequate cooling, so I ran the fans at 5V instead of 12V. This provided adequate cooling and very little noise.

Pros: Mounted no problem, and is cooling my western digital raptors, nice and chilly

Cons: none that ive seen as of yet

Overall Review: HDD enclosure can be moded, you can add 120mm fan on top, or you can add two additional 40mm on the top for a two drive bay config.