Purchases from these Sellers are generally covered under our Newegg Marketplace Guarantee.
388 Ratings (94% Positive)
Shipped by Newegg
Sold by: 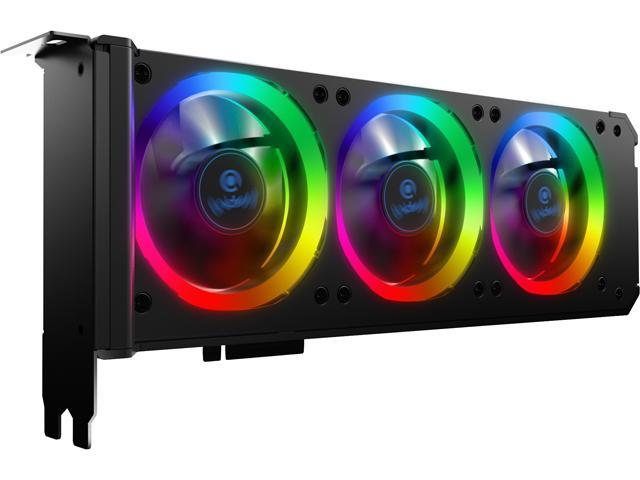 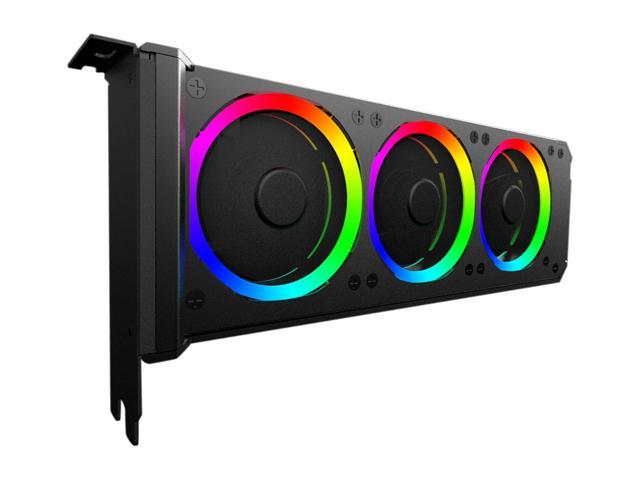 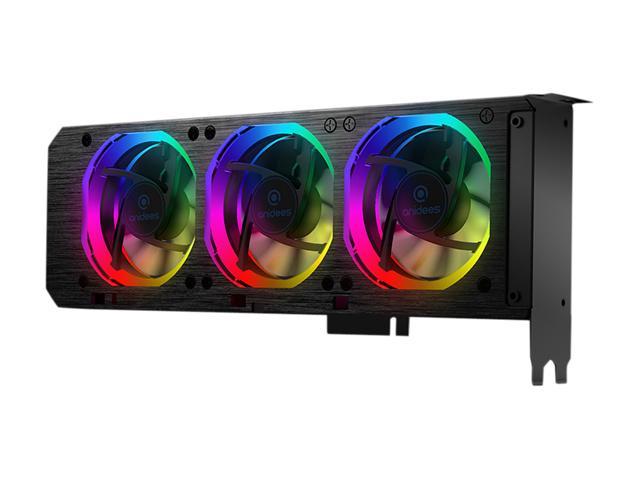 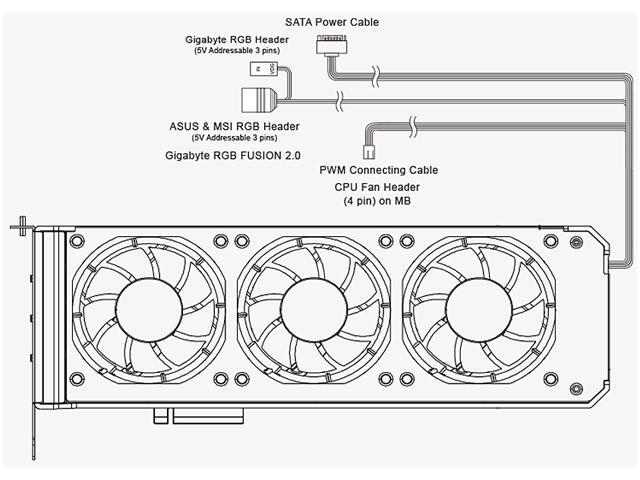 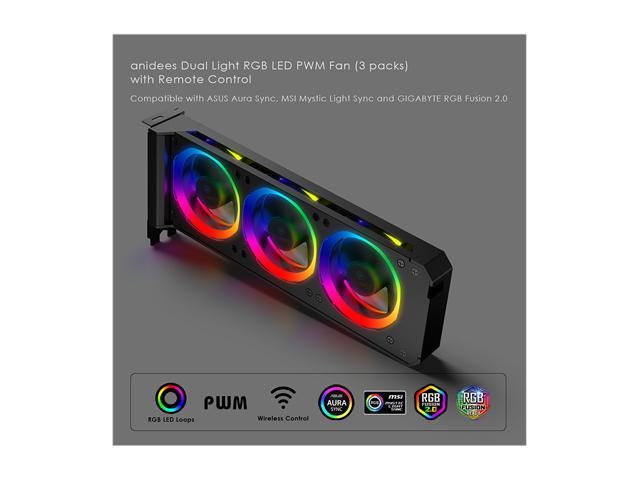 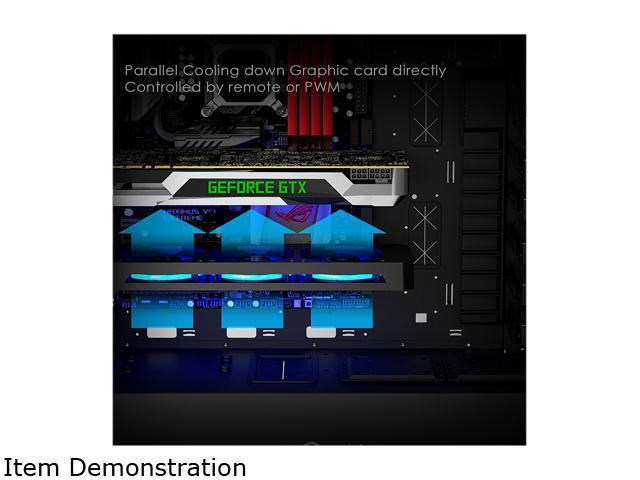 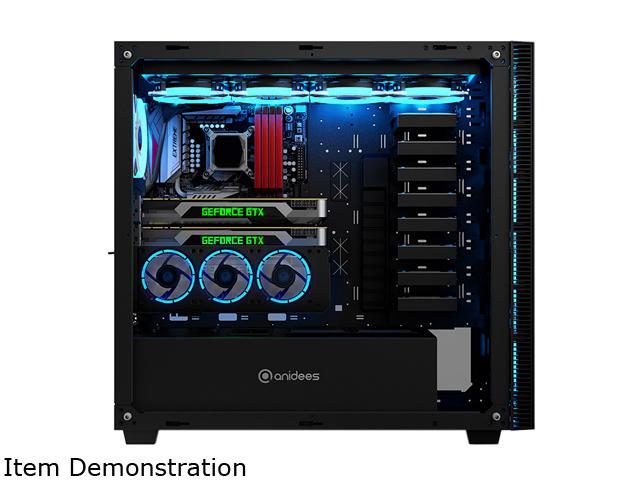 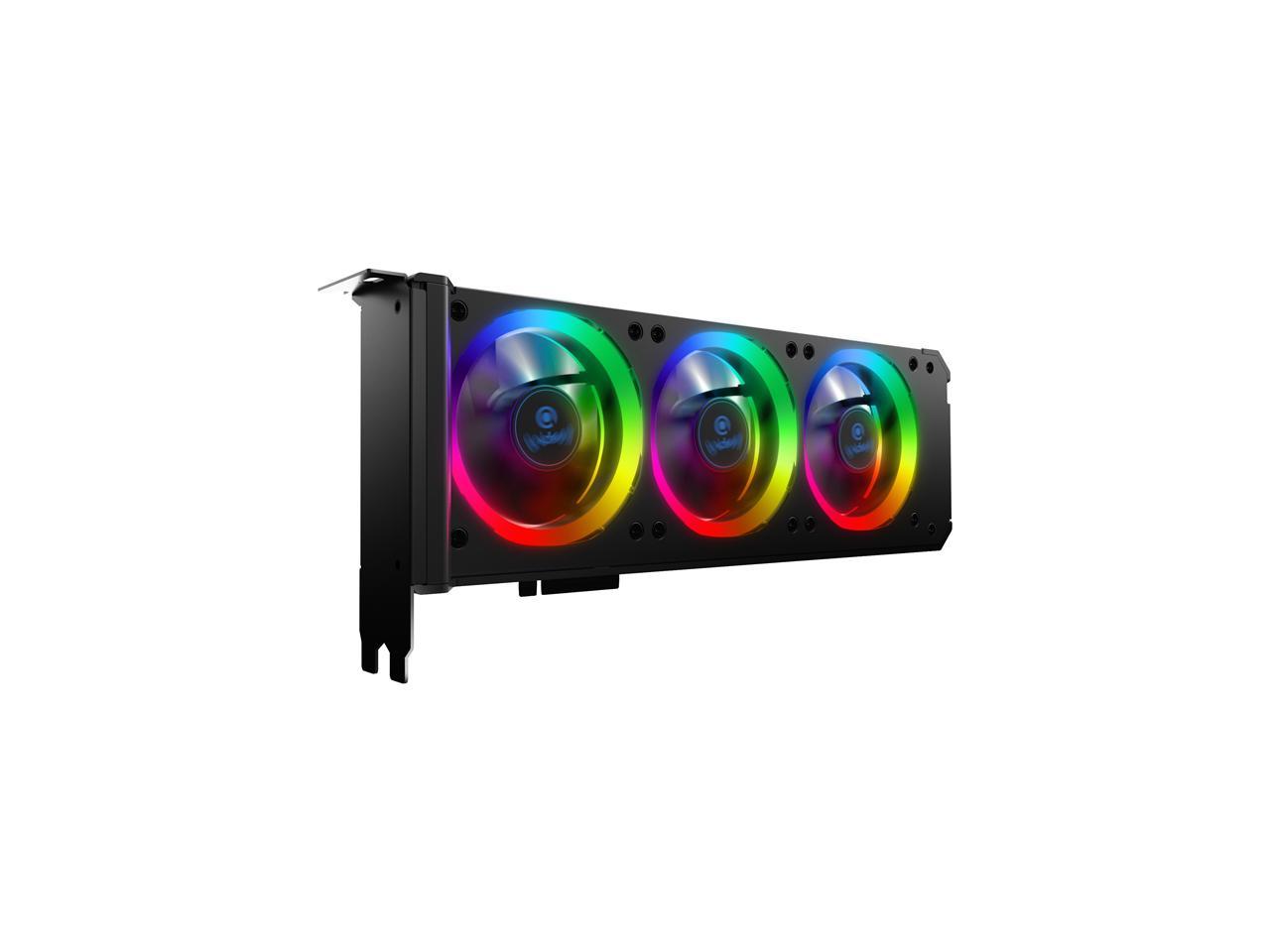 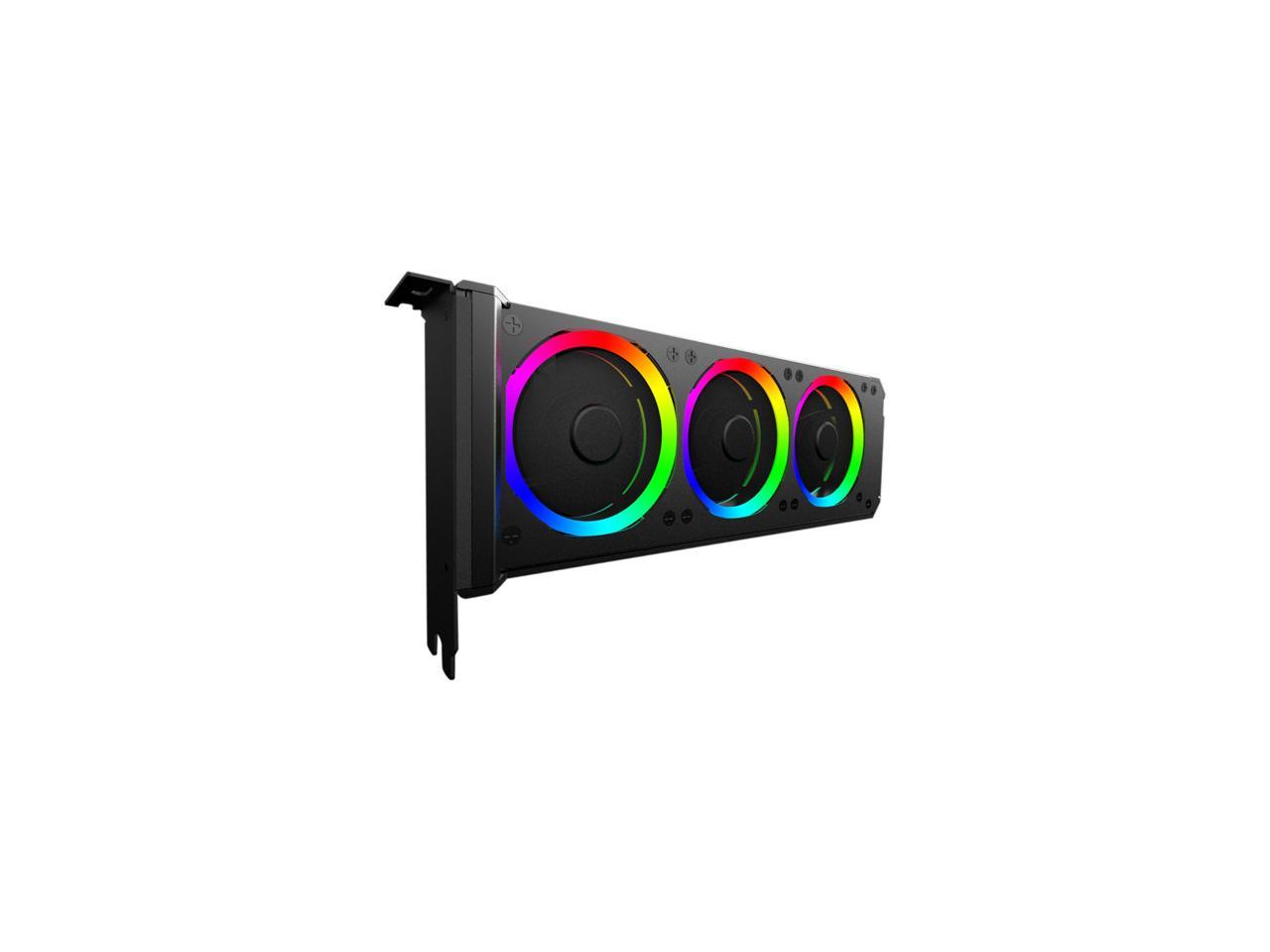 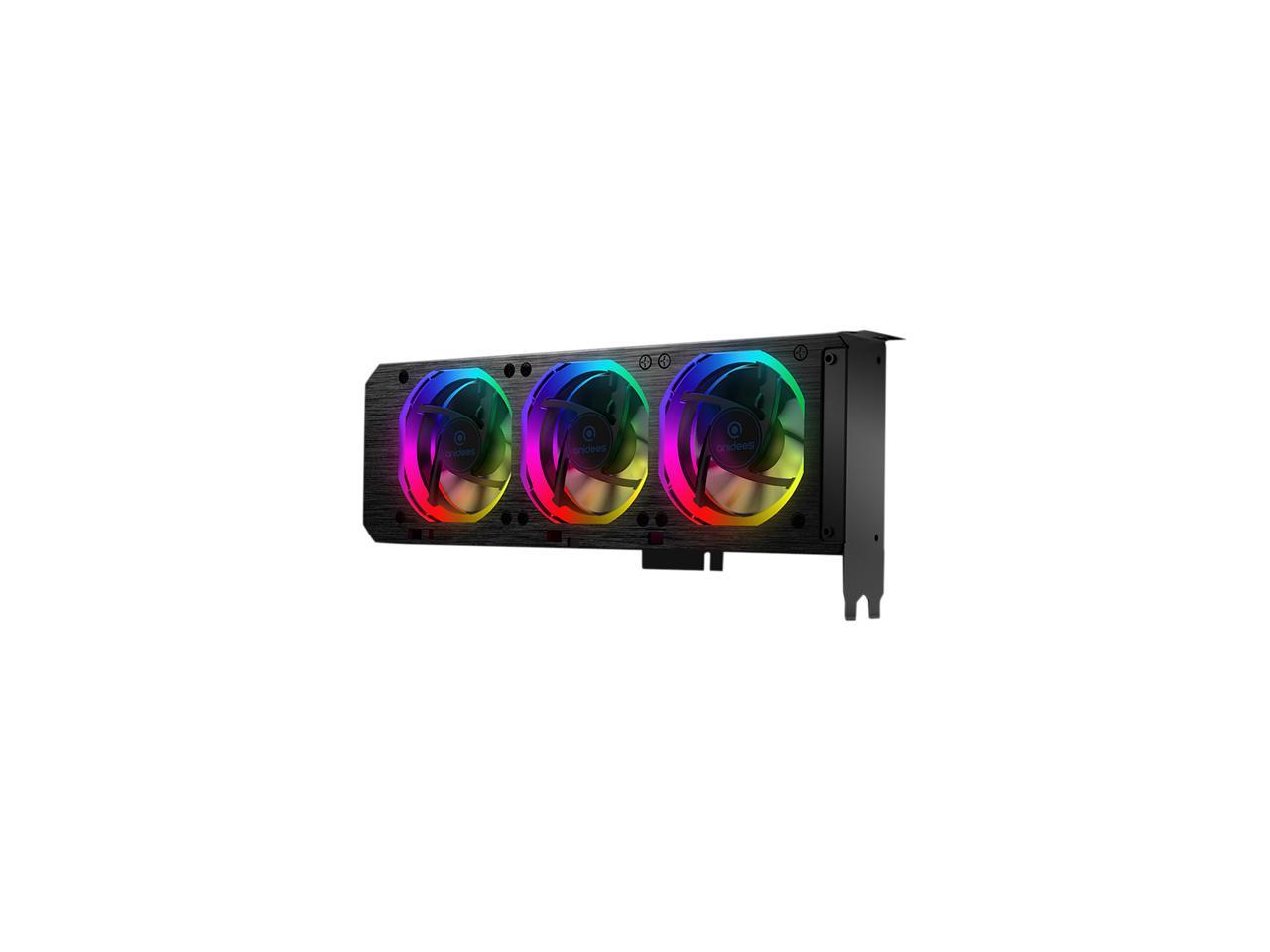 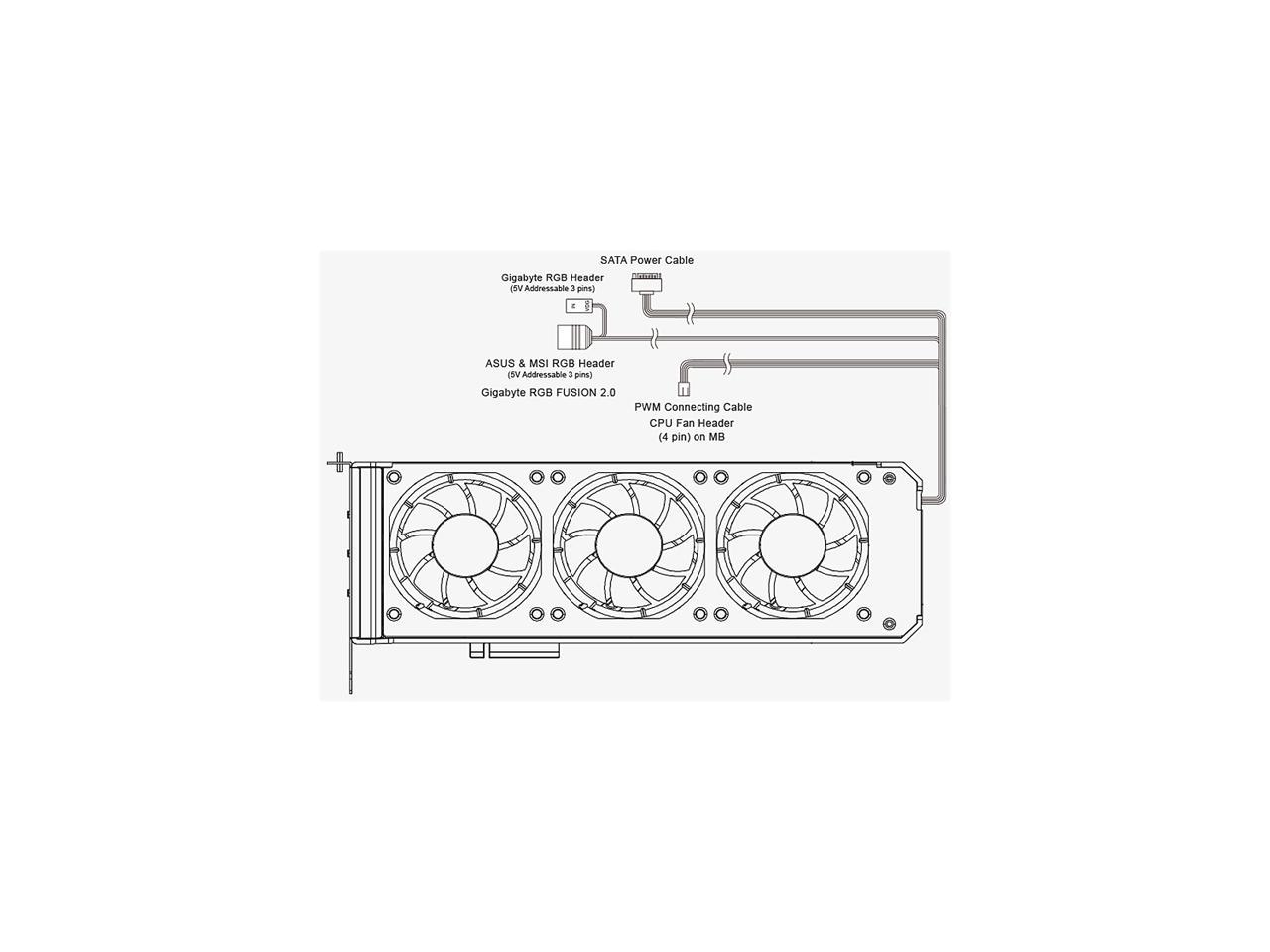 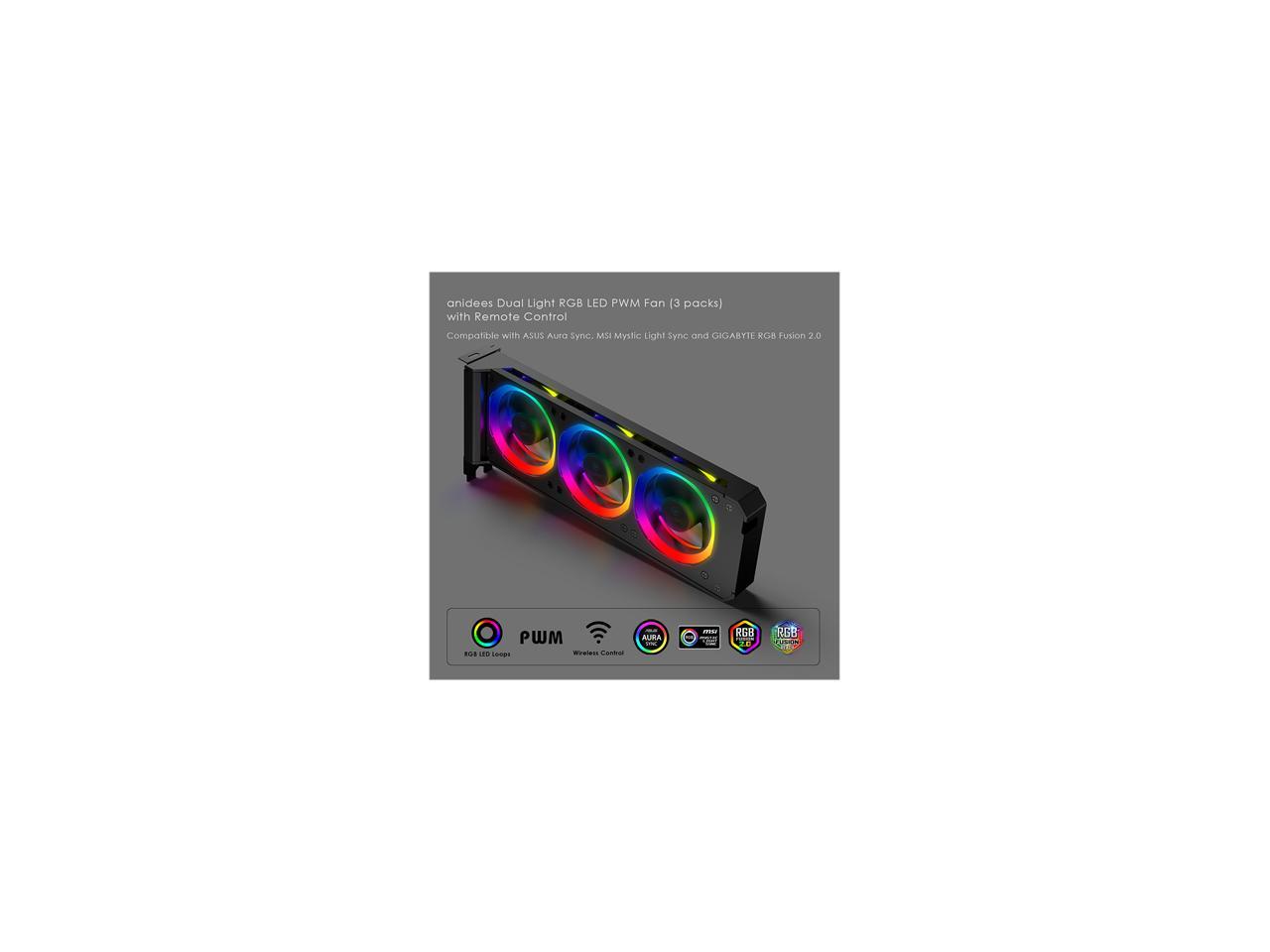 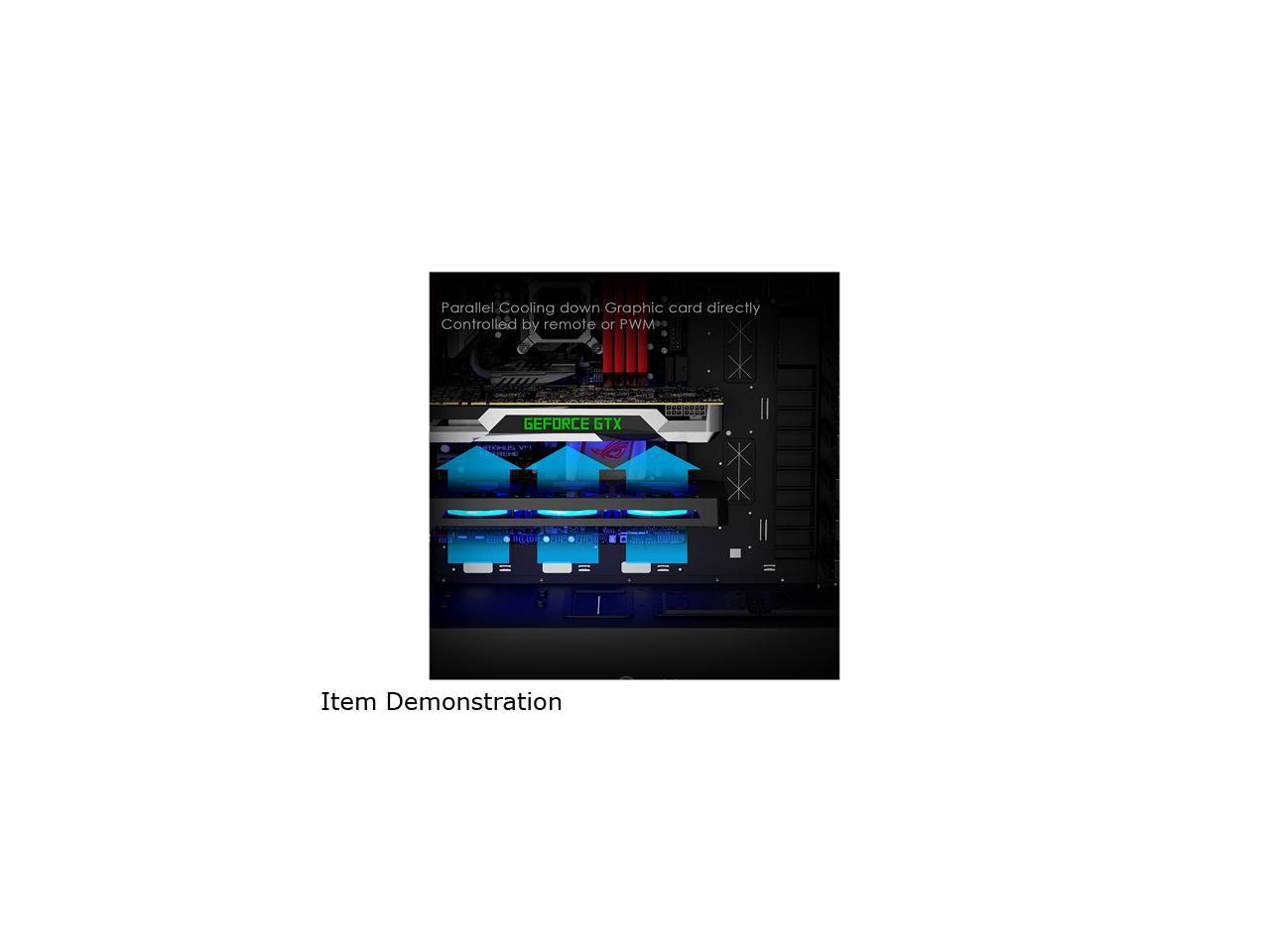 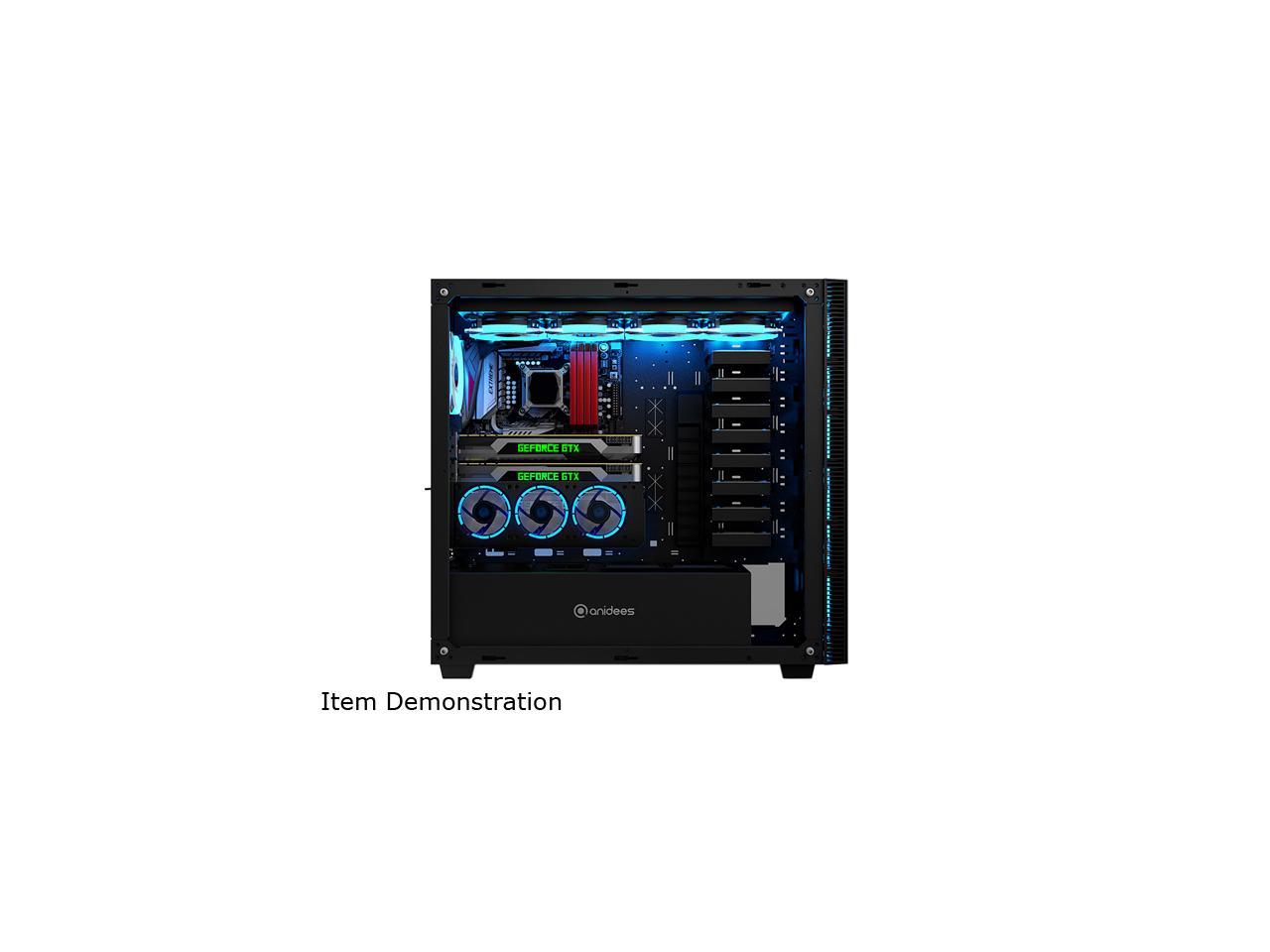 Learn more about the anidees AI-GP-CL

Pros: Received my replacement today. Before install and my standard overclocks on my 2080 ventus @ 85% fan speed with 150 core / 500-650 memory OC this would reach 80C under load 100% usage during gaming on my Asus PG279QZ 165hz 1440p while using my LG 4k @60hz as my secondary screen. After install using the same overclocks and fan speeds on the GPU. I turn up this cooler to max and it never breaks 65C under load during same gaming / streaming sessions. for a -15C drop in temps this is definitely a good value cooler in my eyes. Build quality is great, not sure what the other reviews are saying, this is machined brushed aluminum and more solid than most GPU back plates that are provided with higher end cards. RGB works fine for me. remote as well, again I believe the other reviews are user error during install. be sure your Mobo has the correct pins to install. SATA is used to power this with a 3 pin fan header and another specific plug for RGB that is on compatible motherboards.

Cons: only issue i had was having to wait for the newegg team to review my claim due to lost / stolen package. nothing to remove an Egg for.

Overall Review: I would definitely recommend this product for anyone looking to lower GPU temps.

Pros: does as intended mostly

Cons: on boot 1 in 10 times one of 2 fans will freeze up from day one i reported this issue and got met with negative feedback so i am now replacing this cooler and would never recommend it

Overall Review: now replacing this cooler and would never recommend it

Pros: Keeps my RTX 2070 Super cool, around 36C on idle. The GPU fans don't even come on until I get to the 60's. I'm happy with the purchase and will get another one when I build another computer in a couple years.

Cons: Make sure your board layout is feasible for this fan. You ideally want your PCI E slots to be spaced out by about four inches and for your board to have three PCI E slots so that your GPU takes the top one and your fan card takes the one below that.

Cons: Feels kind of cheap. Center fan RGB “freaks out” sometimes when changing effects. PWM Fan control does not work, x570 motherboard nor ROG Strix rx5700xt can control fan speed, just stays on the last setting selected via remote control even in “motherboard control” mode. Had to modify the false card edge to fit in a smaller than 16x PCI slot.

Overall Review: I’m a bit of a fan and RGB nut admittedly. I was looking for something to add both and was happy that this one seemed to fit the bill. The RGB works well enough, but the PWM function of controlling the fan speed does absolutely nothing. There are 3 selectable speeds via the included remote control and that’s all you get. My motherboard, a ROG Strix x570-e seems to have no effect, nor does the Auxillary fan outputs on my ROG Strix RX5700xt. For the price I don’t know exactly what I was expecting but the overall build quality feels rather cheap. I did have to modify the false card slot edge to get it to fit in to the available 1x PCIe slot where I needed it to be, seems to have been designed solely for use in a 16x slot but in my build that would have put it too far or too close to my graphics card for proper air flow without interfering with the built in cooler. Luckily since the plastic is so cheap and soft a utility knife did the job and you can’t see it installed anyway. It will probably stay in my rig until it dies or I do a rebuild or something, and maybe at one point I’ll get bored and try to fiddle with its internals to correct whatever problem is stopping the PWM from functioning properly, but why shouldn’t it just work out of the box completely as described/designed?

Cons: Middle fan just died as soon as I plugged it in

Overall Review: Have yet to receive a working one...

Pros: - LEDs looked and worked great with my motherboard

Overall Review: I bought this to get some extra air movement as well as some extra LED's in my case. It worked great and then developed a tick after maybe 11months in and somewhere down the line leaked fluid on the fan blades. About 2 weeks after that, the whole thing stopped working. It looked and worked great for the year but now it's just a paperweight. If I had left my computer on 24/7/365, I could maybe understand but I maybe run my computer 4 hours a day 5 days a week and I am done.

Pros: Does exactly what I wanted it to do. RGBs look fine I just keep mine at a dull solid white to match my video card and it does not clash at all. Actually fits in quite well.

Overall Review: It is a fan. I bought 2 of them for two different Builds / cases. The one I placed under a blower Vega 64 now (not undervolted / overclocked) now benchmarks 5% greater than my nitro plus Vega 64. It also lowered the temps on a Radeon 7. That says it all.