Purchases from these Sellers are generally covered under our Newegg Marketplace Guarantee.
2,580 Ratings (90% Positive)
Sold and shipped by: 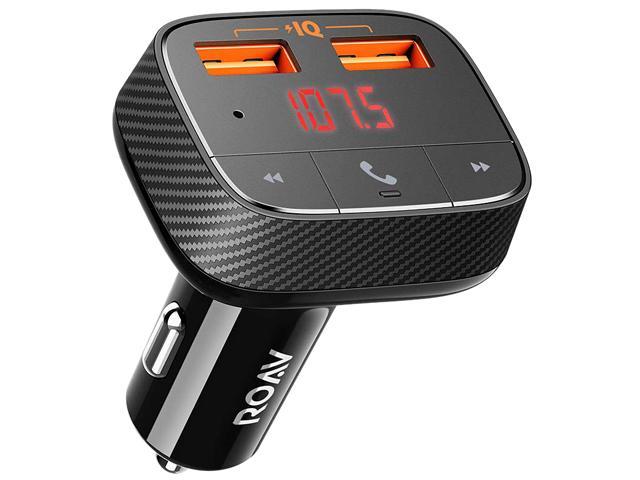 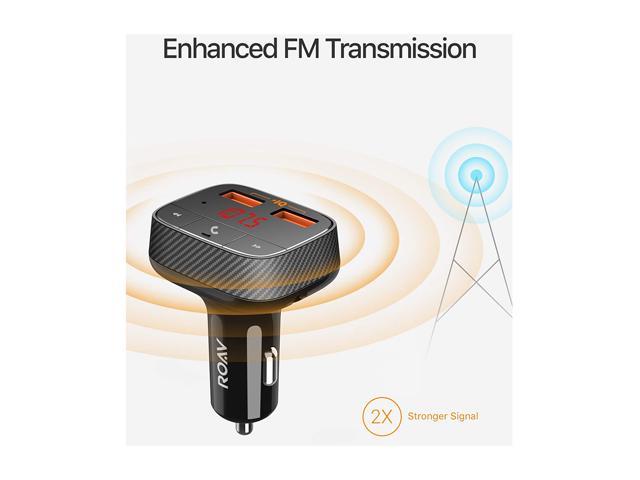 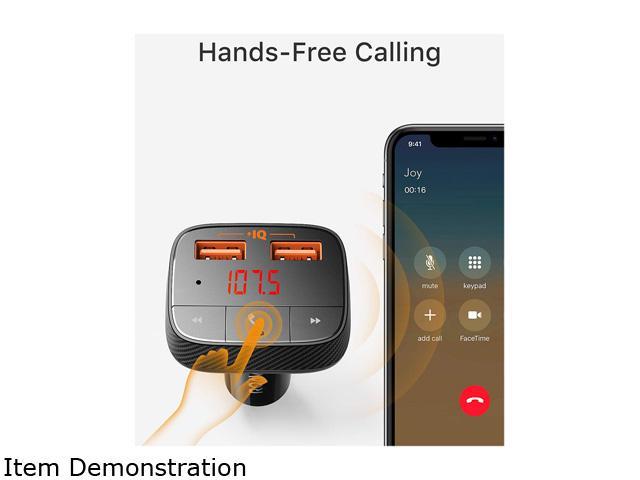 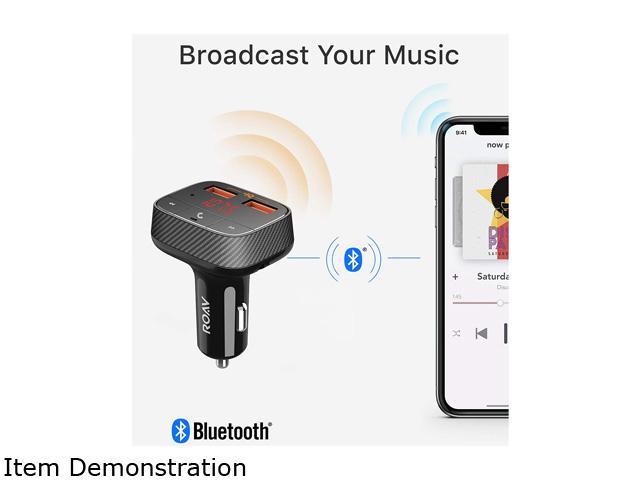 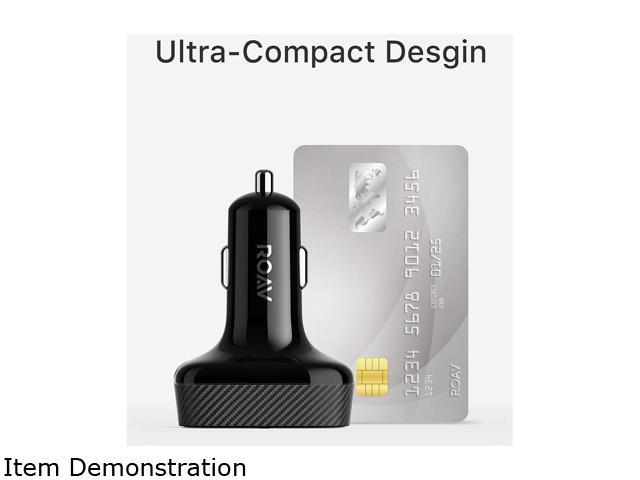 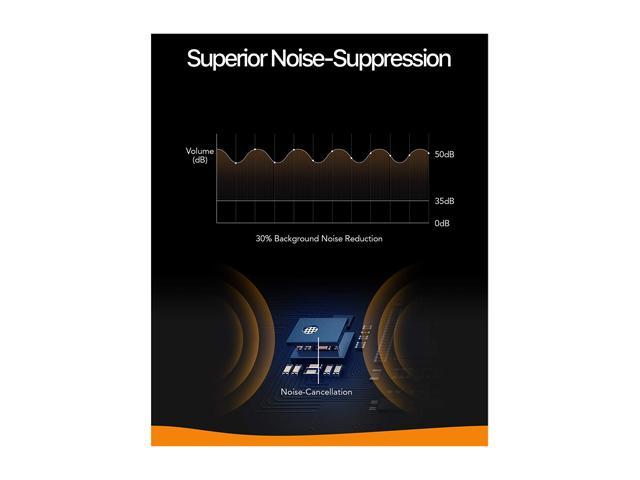 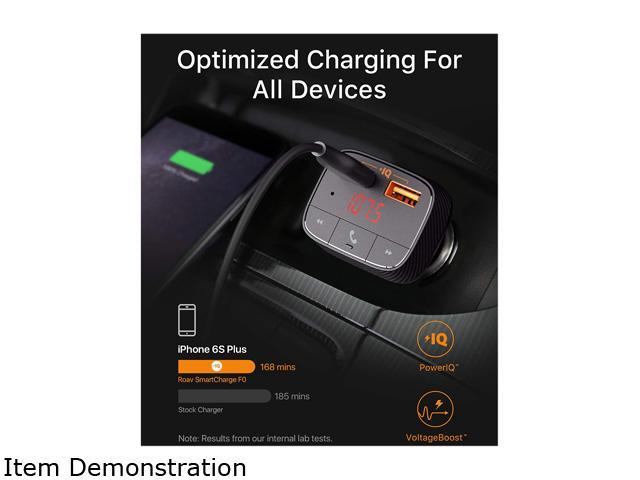 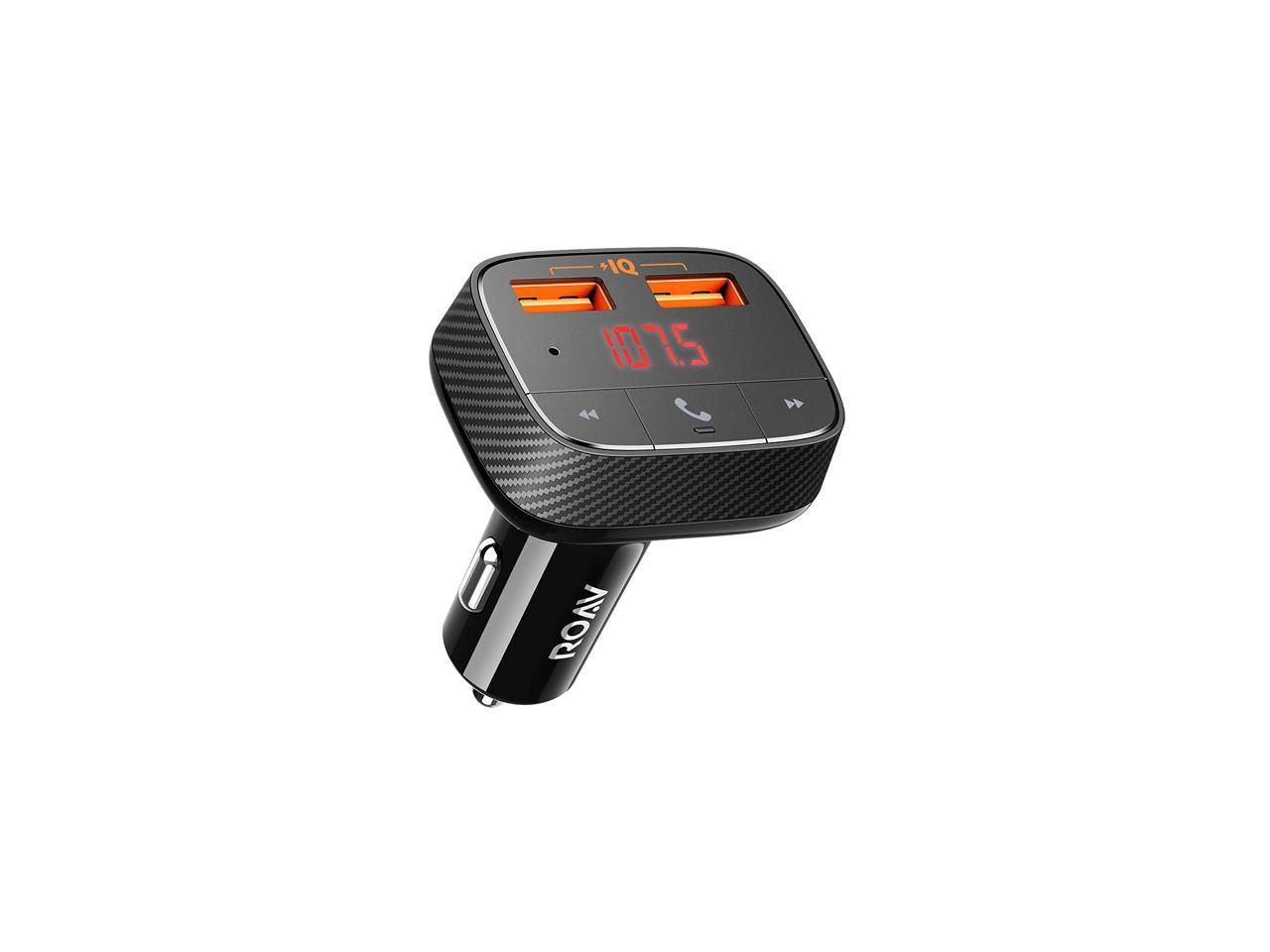 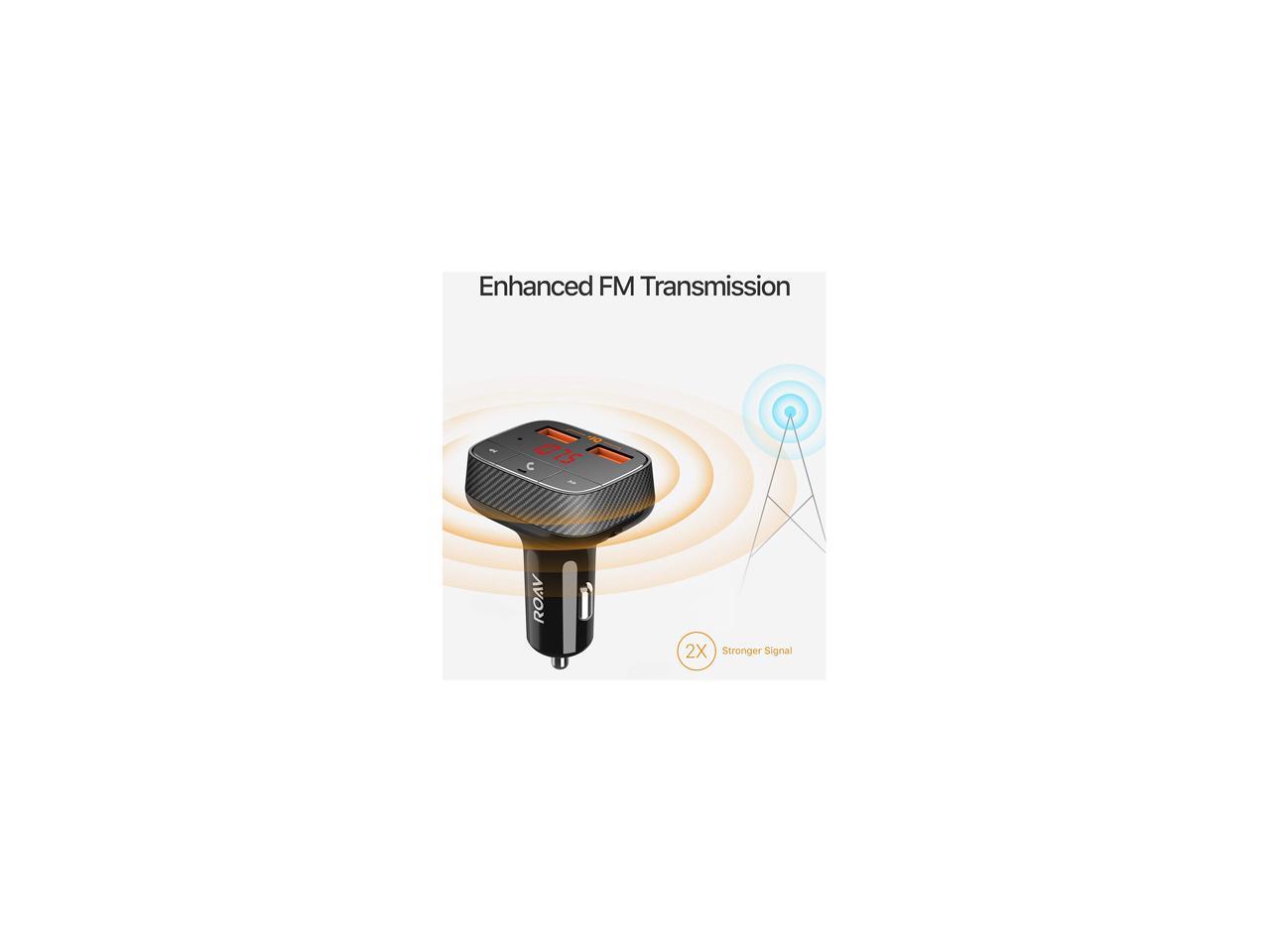 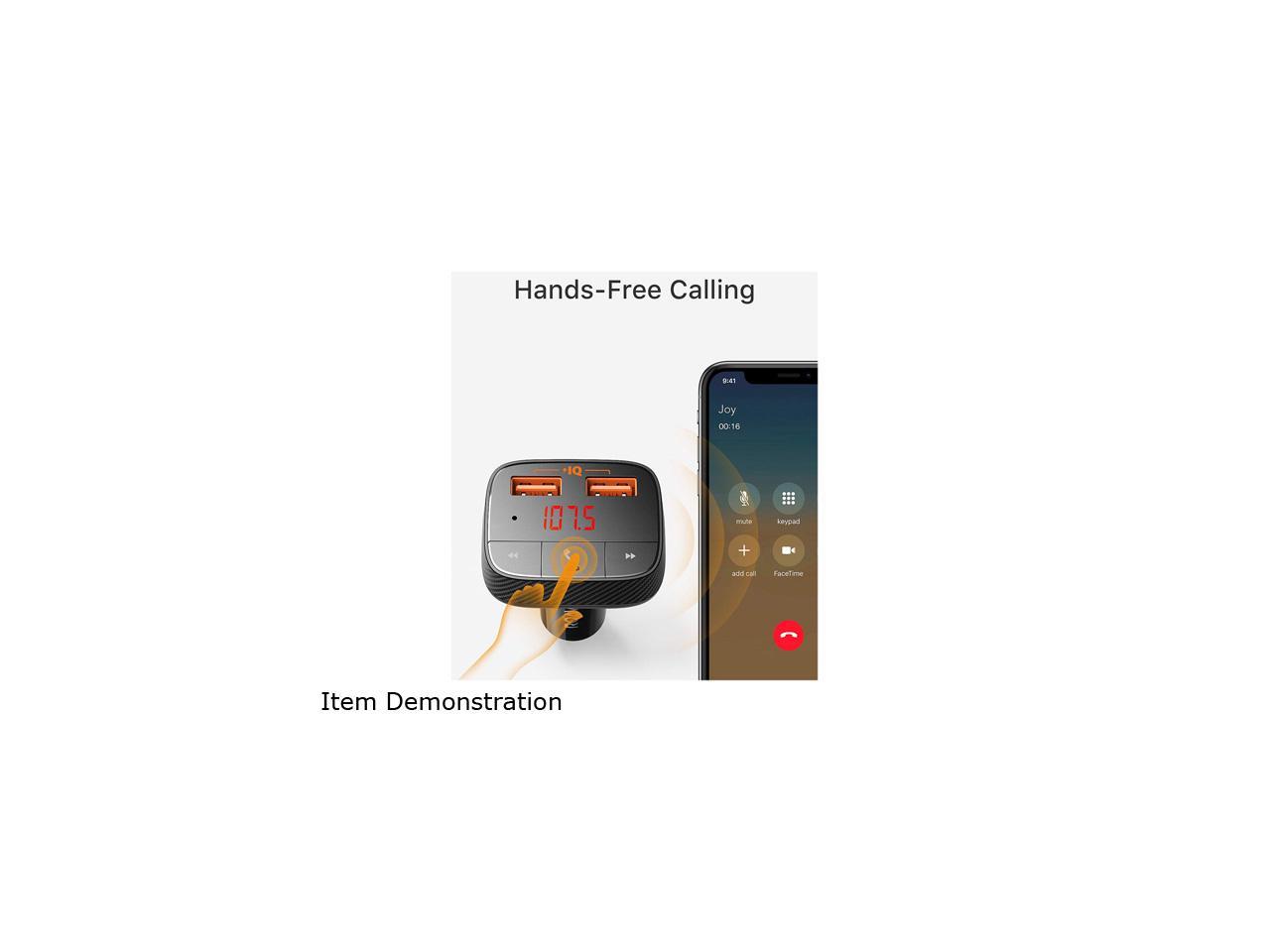 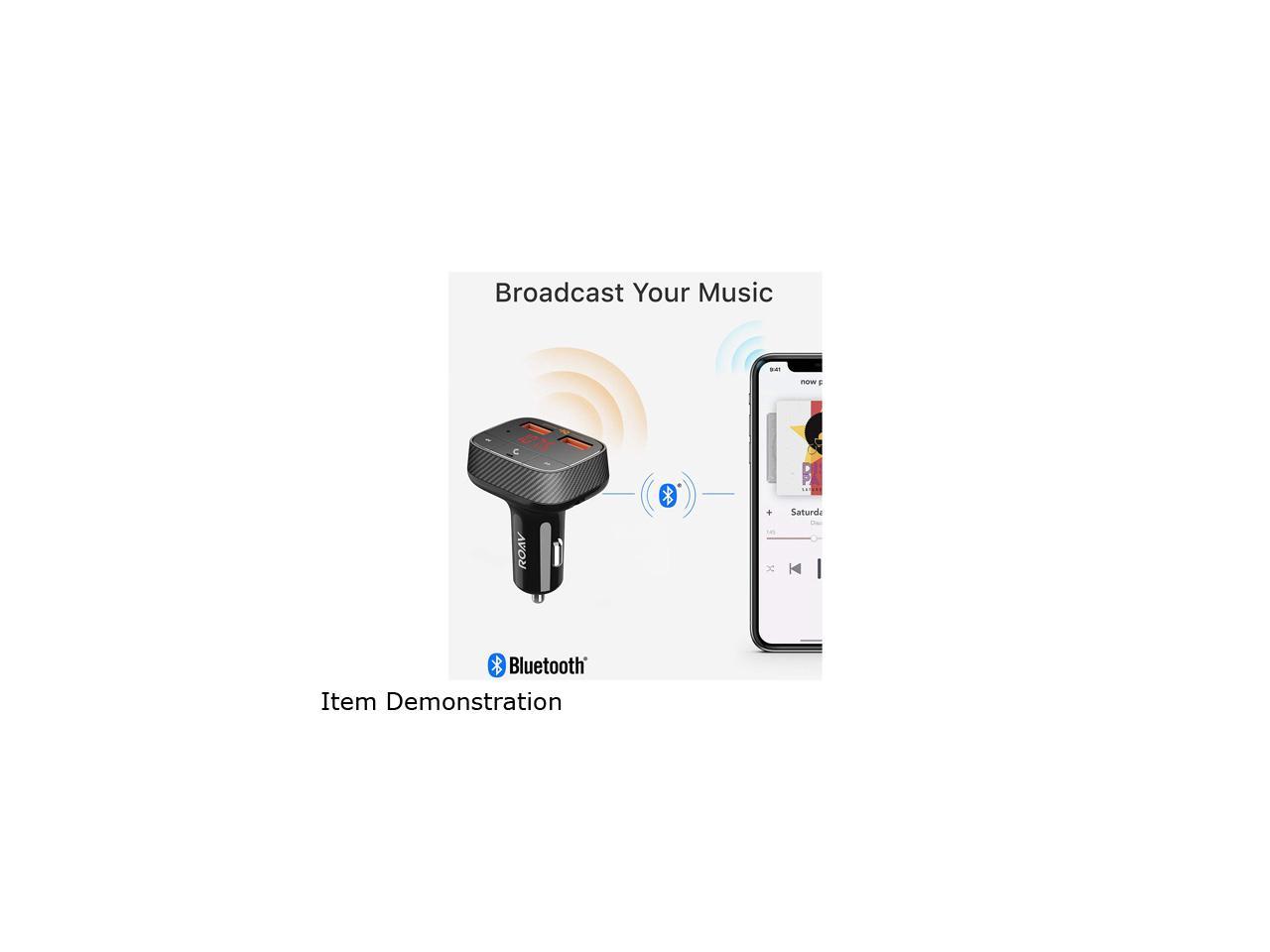 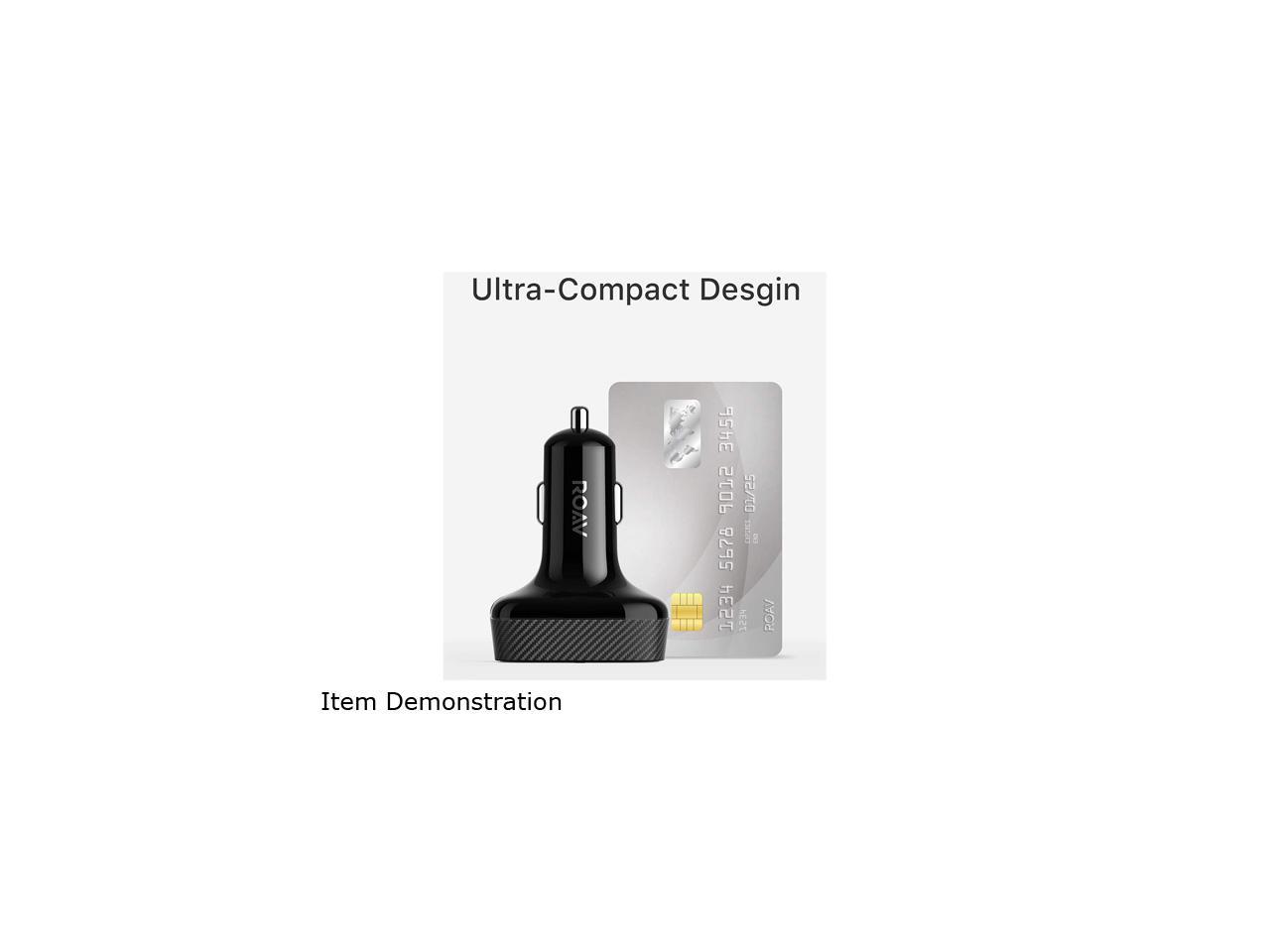 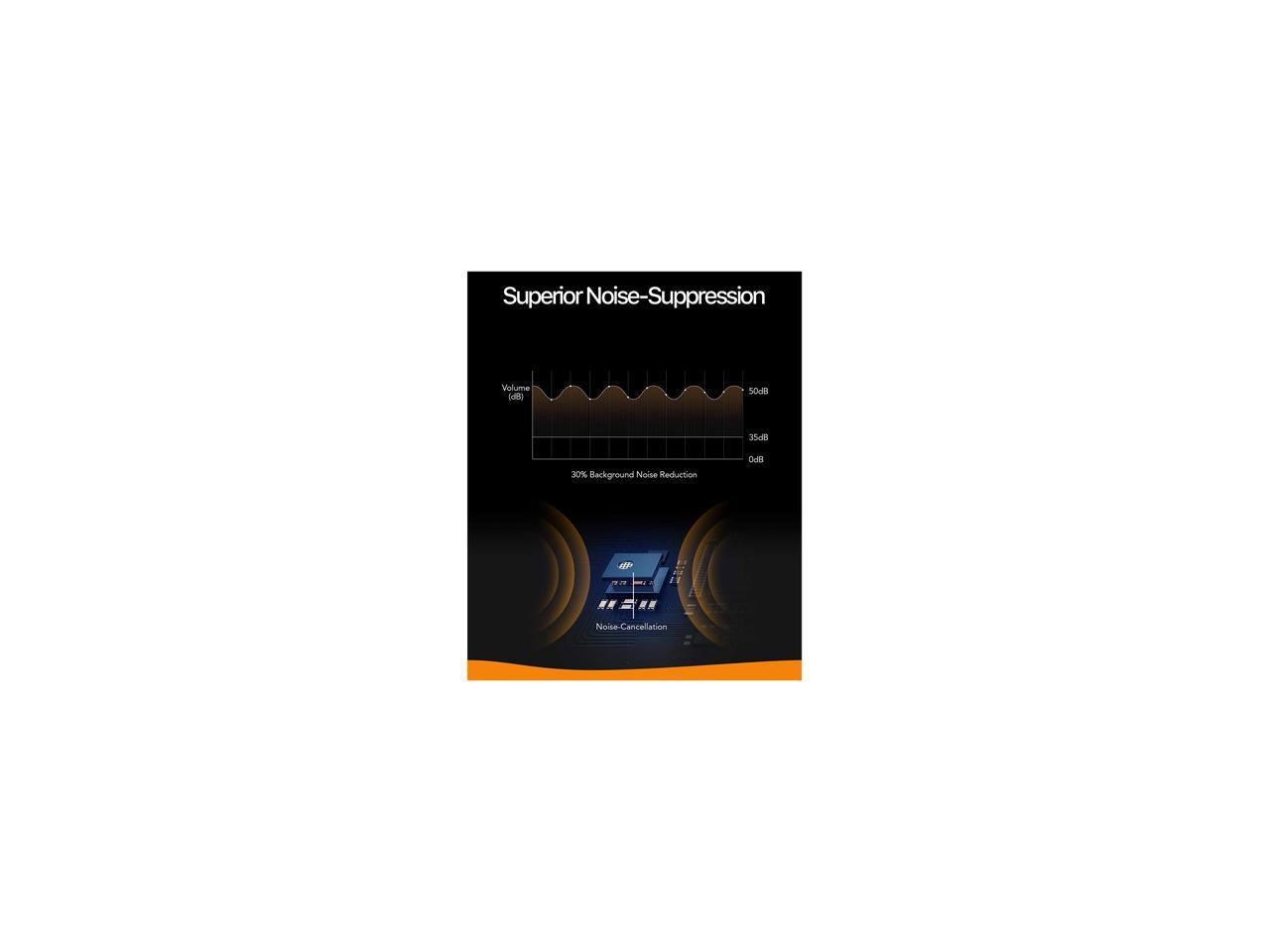 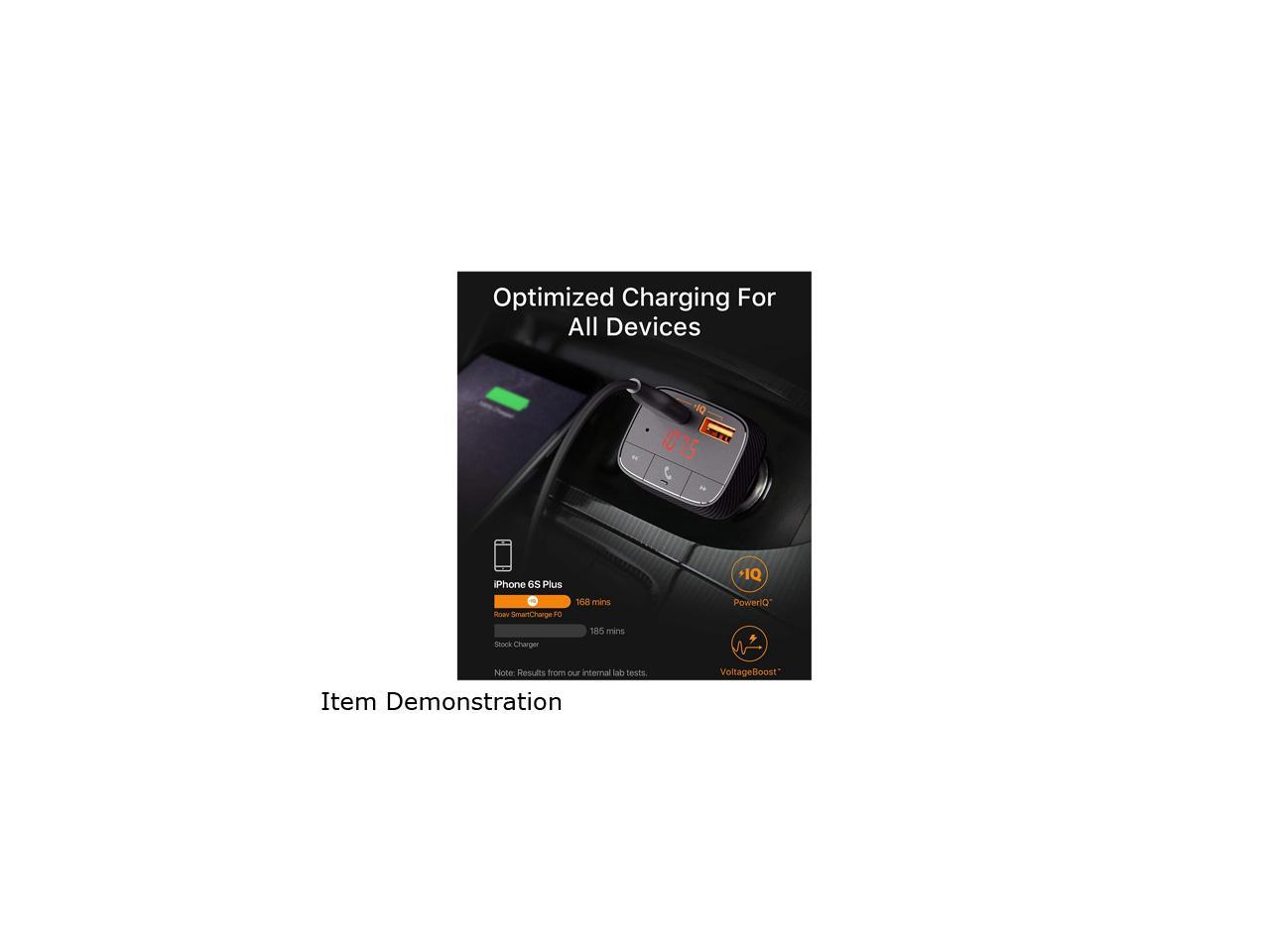 A Bluetooth/FM adapter and car charger

The SmartCharge F0 adds Bluetooth capability to older cars. It pairs with and stream music/calls from your smart phone via Bluetooth, and broadcasts the music/call to your car stereo via FM radio. Built-in microphone with noise suppression lets you take hands-free calls, with superb voice quality. Buttons are conveniently placed on the top for easy call control and track navigation. Two USB ports with exclusive PowerIO technology quickly and safely charge up to two devices at one time.

Bluetooth 4.2 provides a strong connection, wherever you sit in the car.

Just plug in, tune your car's radio and Smart Charge F0 to the same FM frequency, and hit the road while listening to your favorite audio.

A high-sensitivity mic with advanced noise-suppression ensures anyone you call hears you clearly.

Pros: Easy to pair Excellent sound quality Aux port allows for connection of other devices NOTE: This is NOT a FM receiver nor can you play anything via the USB port. The USB is for charging only.

Cons: None. The ad does indicate it is not compatible with certain vehicles. That's probably due to fitment.

Overall Review: I have an older car that does not have Bluetooth with which I can pair my phone. Saw this on sale for $9.99, so, thought I'd give it a try. It paired easily. I set the frequency to the lowest possible FM available (97.7 MHz). You must be sure to select a frequency that is absolutely not adjacent to a radio station. Band edges (lower or upper) are a good starting point. I heard a station at 98.1 MHz and could detect nothing at 97.9 MHz or 97.7 MHz. I picked the frequency farthest away from the last station heard that was within the range of the device's transmit frequency. First I listened to part of an audiobook and the audio via the car stereo system was amazing. Next I called my wife and she said it sounded good. Next call was to my brother who also said it sounded good. The second call was while driving so I could see if he picked up background noise. He didn't.. The person you are talking with may hear their own voice (like an echo) if you have the volume too loud. So, if the person says they hear an echo of their own voice, turn you volume down until they don't. I could hear both calls very good through the car stereo system. Later I successfully connected to a Ham radio station via Echolink and it sounded good. All in all, very happy with the device. It's also nice to have two USB charging outlets. The "Aux" plug is nice too as you can connect any other audio producing device via a 3.5mm plug. I saw some reviews where people criticized this for not being a radio or not being able to connect an external device using the USB ports. Nowhere in the ad does it indicate it is a radio. It is a very low power FM 'radio' transmitter to connect with your separate FM radio. It does not have a tuner other than to select the frequency on which it transmits. The USB is a charging port only, not for device connectivity. People need to read and comprehend the ad. If it does not specifically state it does something, don't assume it does. When you write up a negative comment on a device that wasnt designed or advertised to do what you say it didnt, it just makes you look stupid. That's a purchaser's responsibility. I would definitely recommend this product, especially if your car doesn't have a Bluetooth function but has a power plug and FM radio.

Pros: Good charging speed. Built well and far better than most cheap chargers Price. Controls are on top instead of the side. Good move by Anker.

Cons: It's short. Unless your cig lighter or power port is almost flush with the dash or console you will have a hard time accessing and removing the device. My car has a recessed power port and I have decided it's not worth the hassle to reach in and futz with the controls. It's good at what it does but I want one that does all three and will not be using it again.

Overall Review: Just FYI - if you're thinking this can do FM broadcast plus charge and play MP3's from a USB stick you had better move on to something else because there is no capability to play from a USB drive. It was my mistake for assuming it would play from a thumb drive. I really should have read the PD more carefully. In fairness to Anker nothing is mentioned about playing tunes from a USB drive. Can't take an egg off for something that it clearly is not designed to do but it would be great if it did. However, in my case it would also need to be longer.

Cons: Installation possibly problematic if your vehicle has a recessed power outlet

Overall Review: My relatively old vehicle (2007) has an AM/FM/CD setup with no aux jack, and I really don't want to put in a whole new system in. This $10 gem plays audio from my phone really well, all things considered. You won't get Carnegie Hall acoustics, but, again, $10. Also, finally, the speakerphone feature on my Motorola phone is actually usable now. Much less fuss, and the volume is much better!

Pros: I love it so much I bought 5 and gave 4 to some of my coworkers as we are all internet installers.

Overall Review: For the cost this is an entertainment value

Cons: -Does not let you disable FM transmitter if you have no intention of using it, not really an issue but would be a nice feature

Overall Review: I was skeptical but this really works as advertised. Will update if any issues are found.

Pros: - The device works exactly as intended: fairly simple interface with good features for cars without Bluetooh built in. - Its design is nice and build quality is great. - The audio quality is surprisingly good and any problems, such as static, seem more to do with the any inherent issues with the radio. - It is very handy to have the USB charger built right into the device.

Cons: - The screen flashes rather insistently when its not connected, which could be distracting depending on where its located in the car. - The USB ports are not fast charging.

Overall Review: Overall a great little product and at a reasonable price.

Pros: Translates my Motorola G7 Play bluetooth output to an FM signal the car radio picks up no problem.

Cons: Keep the radio volume down until the adapter locks on to a FM frequency. Best to use the phone volume control set high and the radio set medium.

Overall Review: Anybody with an older vehicle that doesn't have an aux or USB input will appreciate this.