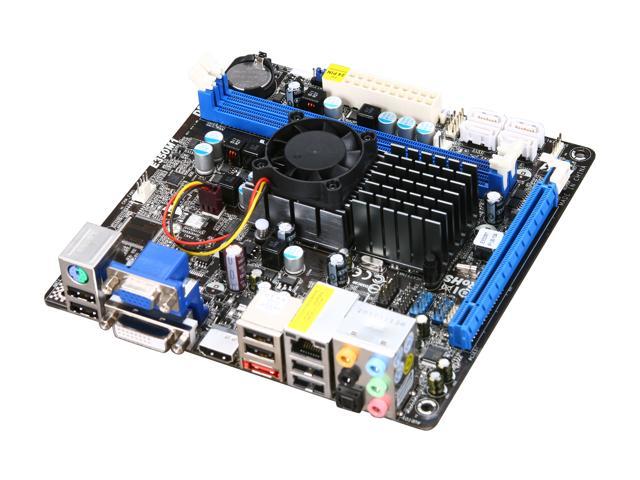 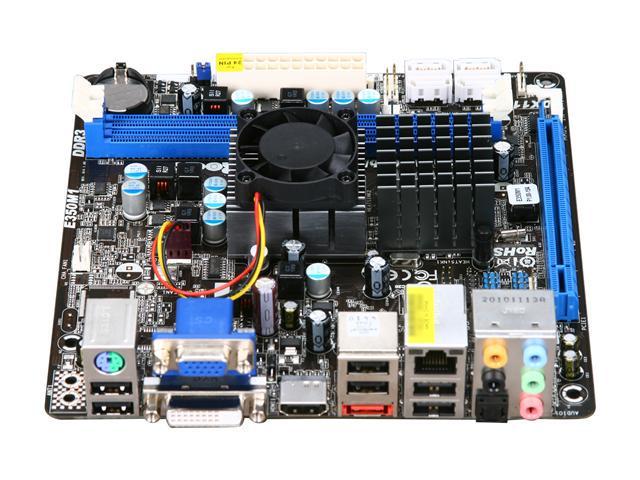 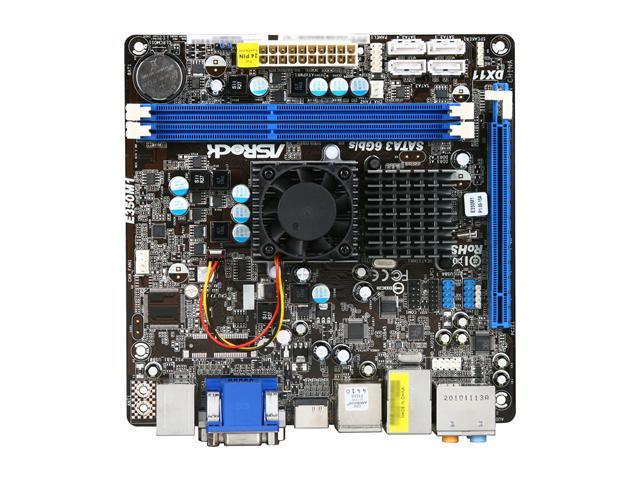 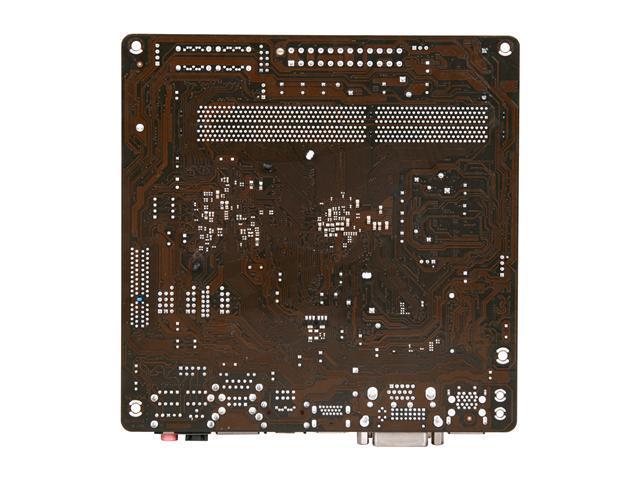 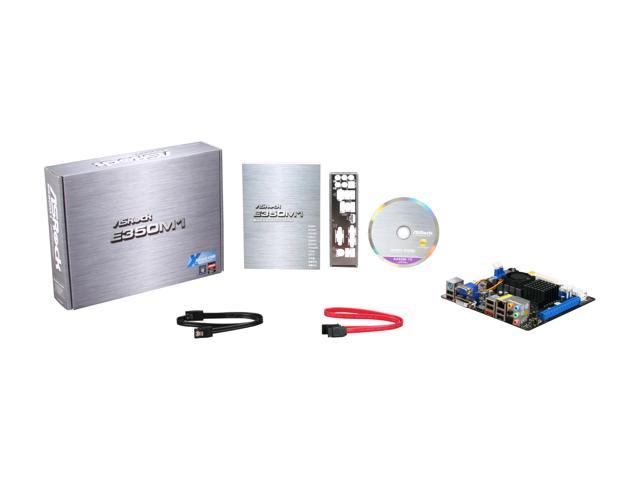 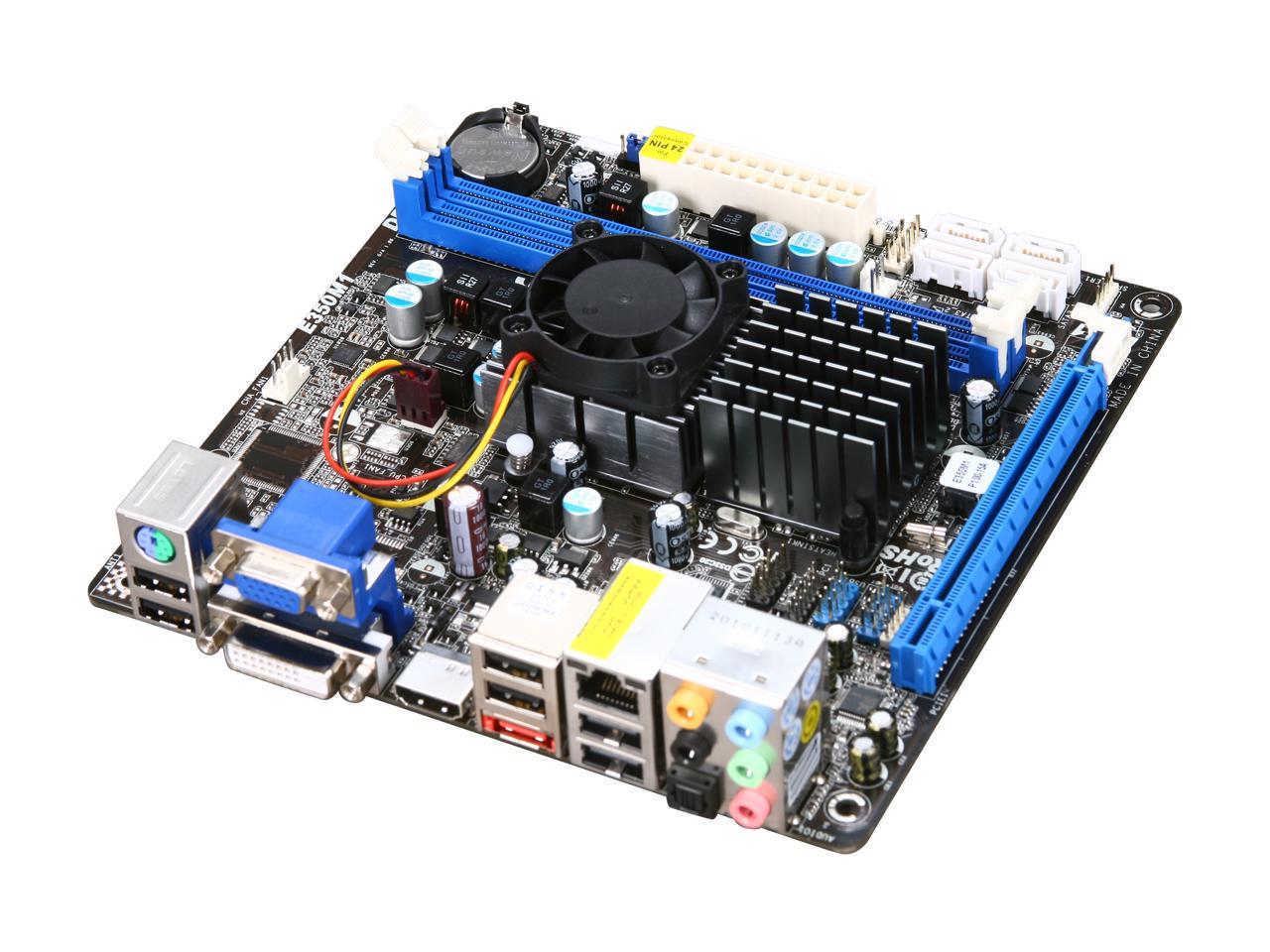 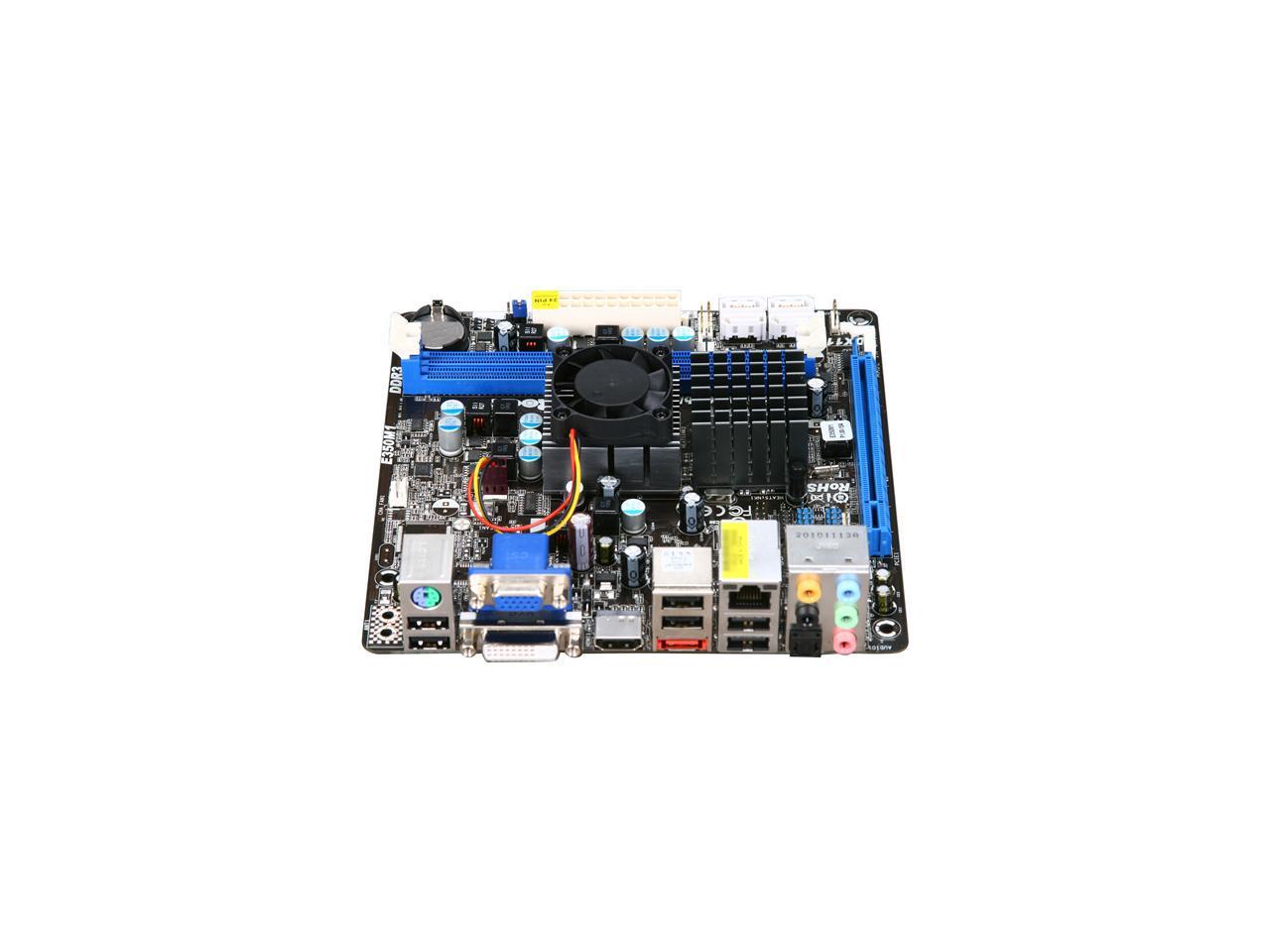 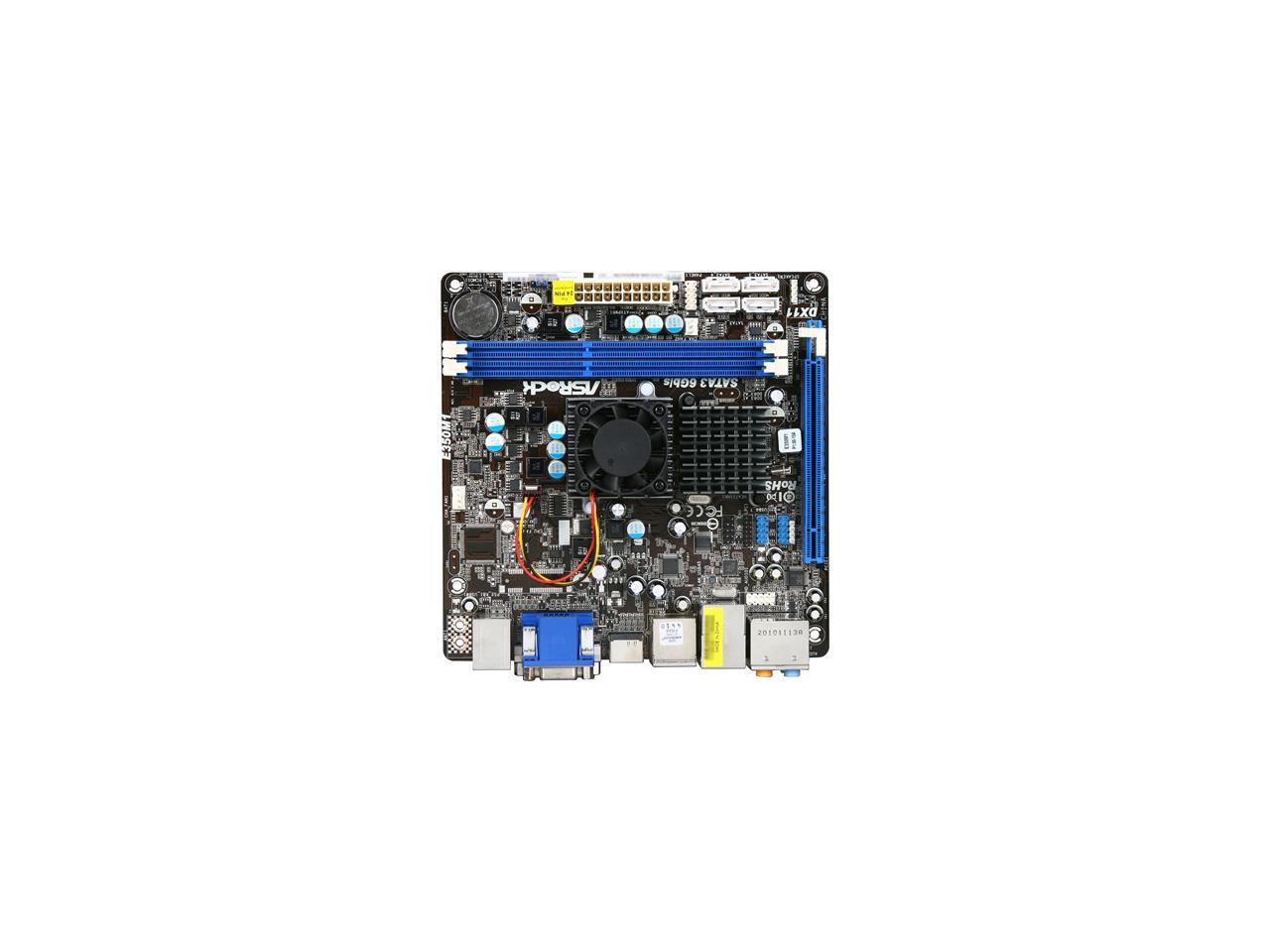 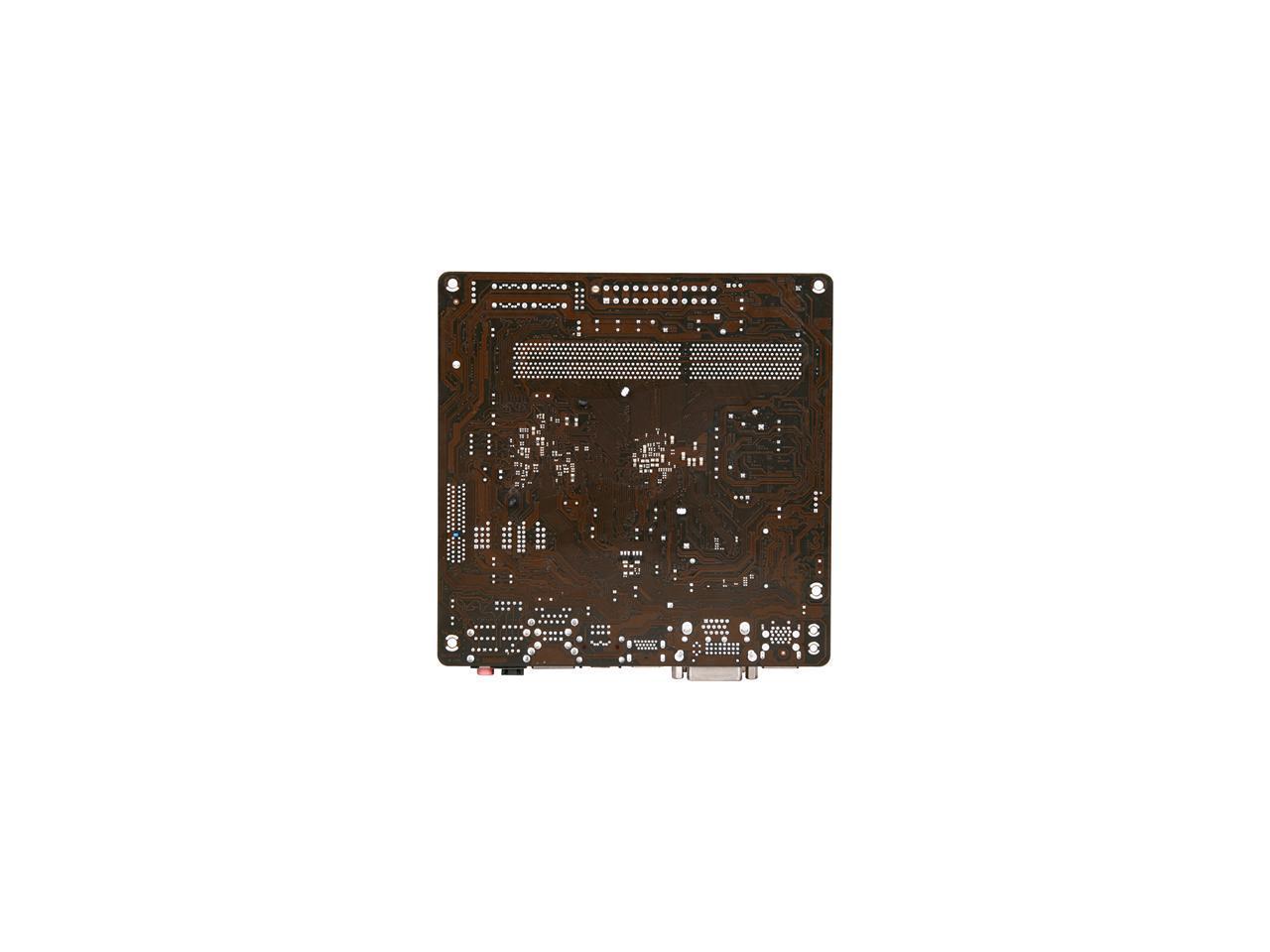 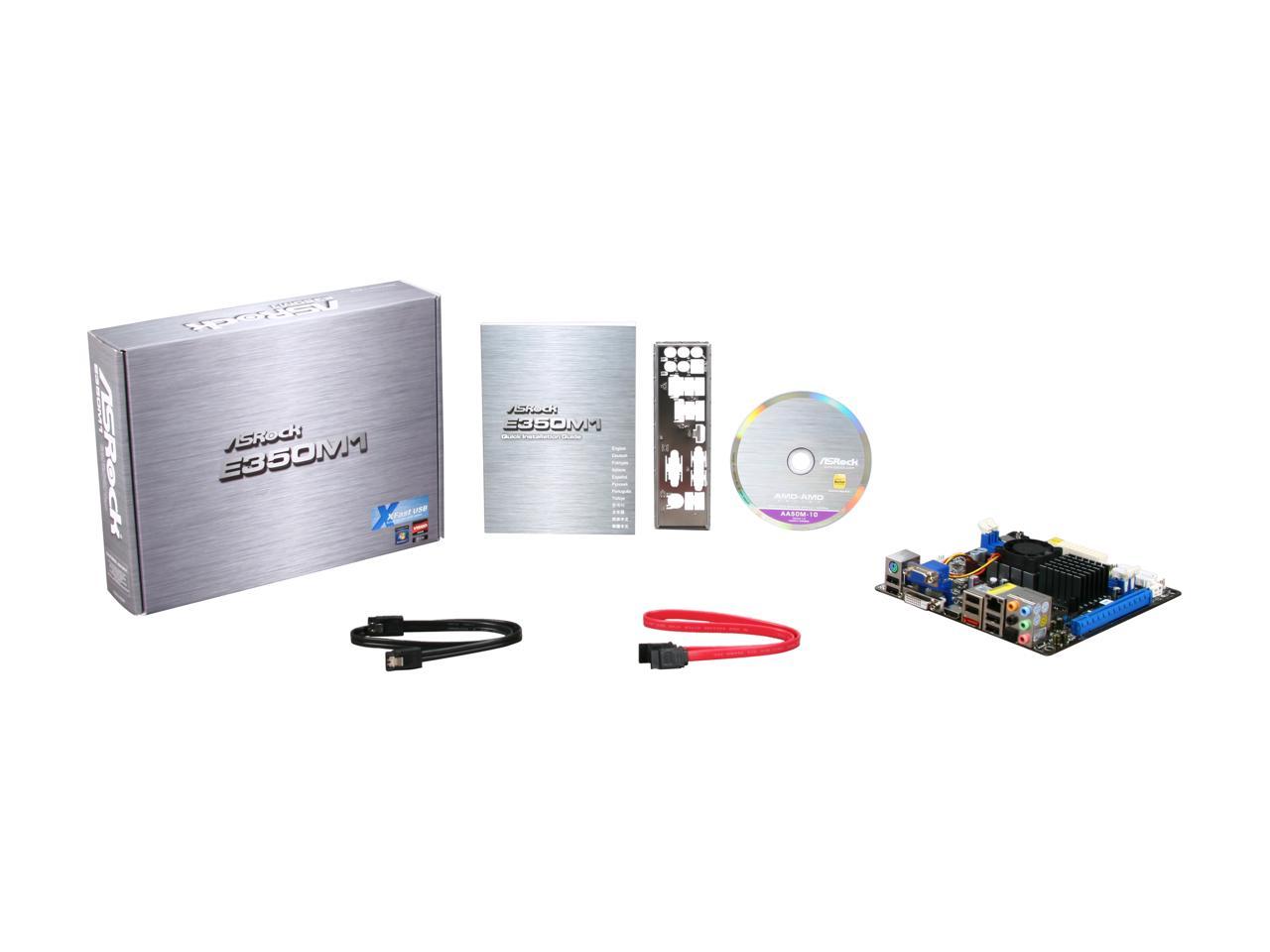 (113) Write a Review
OUT OF STOCK.
Overview
Specs
Reviews

Learn more about the ASRock E350M1

Pros: well, obvious Pros are: 1. very low power consumption, can have the entire build drawing less than 65 watts 2. tiny, i like miniitx, i hope the llano boards come in mini-itx 3. very quiet- can hardly hear the thing is on, if i had a passive cooled board, i'd still want a case fan, which is probably louder than the tiny apu fan. 4. Mouse support in bios! I couldn't believe I was using a mouse for the first time during bootup 5. Directx 11 - this little guy is running win7 64 bit and it automatically turns the aero effects up pretty high, flash games are really smooth, about as much GPU power as 90% of the world needs/wants

Cons: the cpu side of things is a little slow, i only noticed it when installing programs, its kinda weird because the gpu side is really snappy and pretty, and then to have the same system take a while to install things like itunes is not normal, but with the tiny footprint and 18 watt power demand, what do you expect? I didn't notice it being slow besides install.

Overall Review: stuck 4 gigs of ram into it! I think these little apu boards can be used to do a million things, with the gpu power, it makes sense for htpc use, or as a desktop for the untech savy. If you don't buy videogames you probably don't need much more then this little guy has. I applaud AMD on Zacate! I hope they do a refresh with a higher clock speed, if the cpu side was over 2ghz, it'd probably install programs a lot faster. I wish there were some of these boards on newegg with wifi and priced under 180... make sure you have a sata cd drive, I wish i could install win 7 64 bit with a usb drive...I don't even use cd's/dvd's anymore

Pros: It is possible to record three shows over ethernet (from HDHomeRun PRIME) and watch a 1080i movie at the same time without any stuttering. However, see other thoughts on how I achieved this.

Cons: Realtek 8111E Ethernet controller. The Ethernet connection just cuts out at random times, maybe 2-3 times per week and can only be corrected by disconnecting the cable and reconnecting it. This is unacceptable when the PC is being used as an HTPC streaming and recording TV from an HDHomeRun PRIME. Realtek is a notorious for their mediocre Ethernet controllers. Intel is notorious for their server-grade Ethernet controllers...I might have to get a low profile Intel NIC. When GPU is active, it can get hot. Up to ~78C I have seen. AMD appears to be rated for higher temperatures than intel processors, but if the motherboard can't handle it, then that seems like trouble. Idle temps are ~45-50C when not doing any video processing. This is, however, in a cramped mini itx case with 2x40mm case fans. For comparison, I have an Ivy Bridge Celeron server running in a 2U rackmount chassis with all components in the 25-34C range.

Overall Review: Cons aside, I am impressed that I was able to achieve an HTPC capable of recording 3 HD TV streams while playing a fourth HD source on screen. I was only able to achieve this by using a WD Black drive for live TV buffer and recording. An eSATA RAID 0 array of Hitachi Deskstars did not cut it. It seems the hard-drive bottleneck is right there with the CPU bottleneck, so having a high-performance drive for streaming storage and reading is important. It hides the lack of horsepower of the CPU but just enough so that the HTPC is enjoyable - no stutters.

Manufacturer Response:
Dear ASRock Customer We sincerely apologize for any inconvenience this may have caused you. Please uninstall the LAN driver, download and reinstall the LAN driver at link "http://www.asrock.com/mb/overview.asp?cat=Download&os=Win764&Model=E350M1". Check the local network area (Modem, Router, Switch, cable) causing the issue. If you have any technical issues or warranty questions please contact our Tech Support at http://www.ASRock.com/support/tsd.asp. We can assist you shortly. Thank you ASRock SUPPORT Tech Support Email: user@ASRockamerica.com
Ian M.
Ownership: 1 week to 1 month
Verified Owner
5/27/2011 9:30:53 AM

Pros: Very impressed with the performance of this little platform. It blows the Atom out of the water for the same or even less power requirements. It's almost as fast as my Athlon II 245 based system I use for my current media center. I have no trouble playing Bluray @ 1080p. I see about 35-40% total system utilization when doing so.

Cons: None for my intended purpose. Although I did have a slight problem with the sata hdd I was trying to use. I was getting some strange delays during Win 7 setup while sata was set to ahci mode. Switching to ide mode in the bios resolved the issue. Still I would have preferred the benefits of ahci mode, but this system isn't really fast enough to take advantage of it anyway. So no big deal!

Overall Review: Paired in a mITX case, GSKILL 2GB ram, Samsung Bluray combo drive. It works exactly as intended. It is quiet and doesn't run hot. I'm not sure why people said that the fan is loud, but that can be adjusted in the bios. One thing to note, I could not get it to output multichannel audio over HDMI. I didn't not pursue the issue as I wanted to use optical instead for my particular setup, but it might have been fixed by a driver update.

Cons: CPU is severely underpowered and drags the whole system down with it. Attempting to watch Hulu or Netflix in Chrome would result in 100% CPU usage in no time which made the video unwatchable.

Overall Review: I would not buy this board again and am currently looking for a more powerful HTPC replacement. If you are looking to build a HTPC you should look elsewhere unless you plan to run XBMC exclusively.

Cons: The only con is that they are out of stock right now....everyone in the fam wants one!

Pros: -Cheap -Silent CPU fan -Has a CPU fan at all (at the time of this review most were just heatsinks) -is pushing only ~20W right now -runs Debian out of the box like a boss (aside from one network driver)

Cons: None yet, will report them when they happen. I am running it as a home webserver, so it is not expected to ever be turned off.

Overall Review: As a personal web server, it doesn't need a lot of power, but I have yet to pull the CPU above 35%. With this consuming so little power, my only real cost here is bandwidth. I hope to consider this a part of the best ~$100 web server I could have put together at the time.

Pros: Great file server. Running Debian minimal (CLI only) and has never had a hiccup. Booted immediately and never looked back. Runs 64-bit without trouble. Streams content with no troubles. Been running for 283 days straight 24/7.

Cons: The backplate is a bit finicky when it comes to installing the board. I bent one of the tabs, so be watchful of the big tab over the HDMI port

Overall Review: As someone mentioned, its good to get a bigger fan and remove the stock one. The little fan is noisy and not too good at keeping the cpu cool, especially under considerable load. I'd recommend taking a 12cm fan and just leaning it against the cpu heatsink. Works for me.