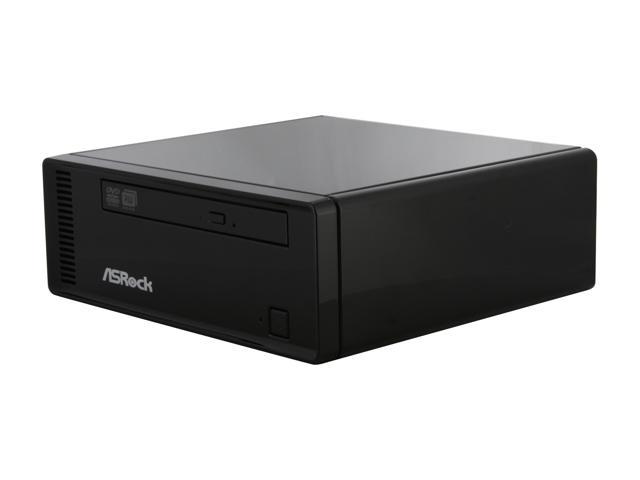 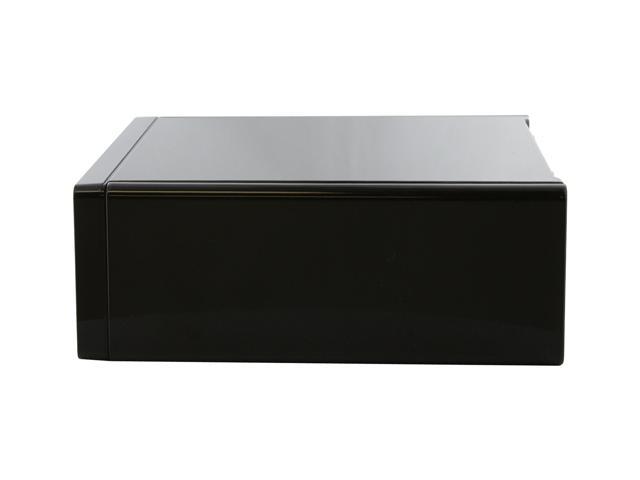 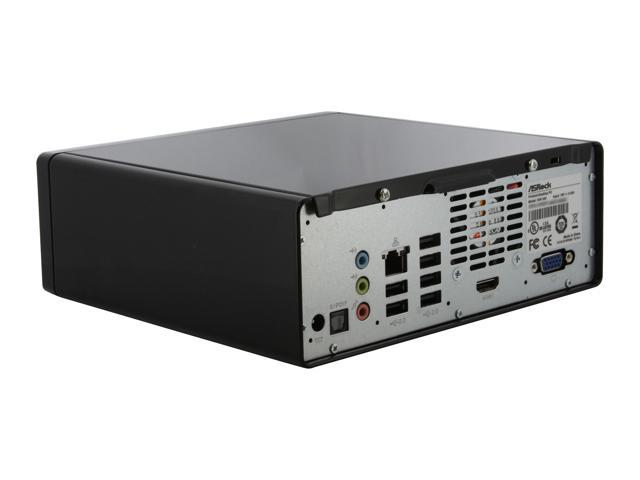 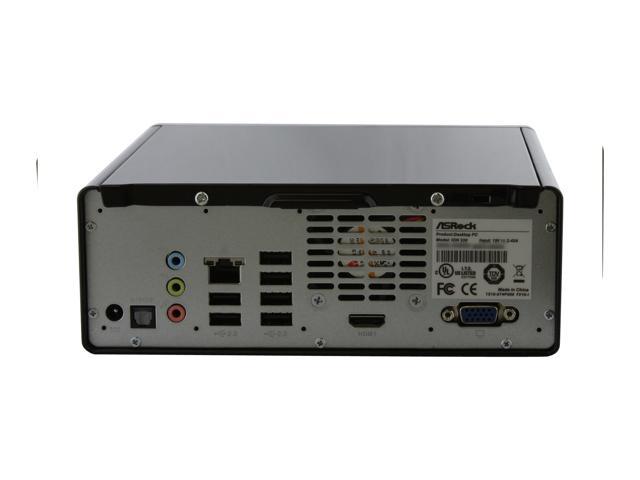 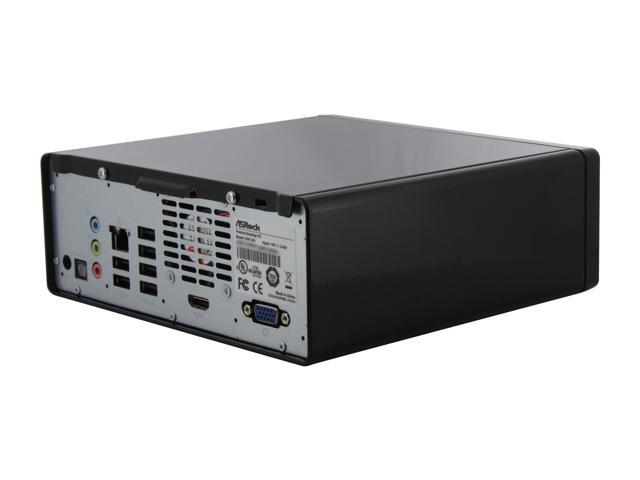 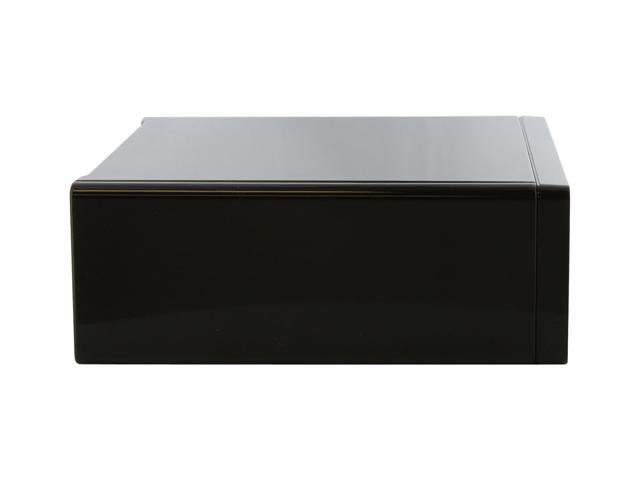 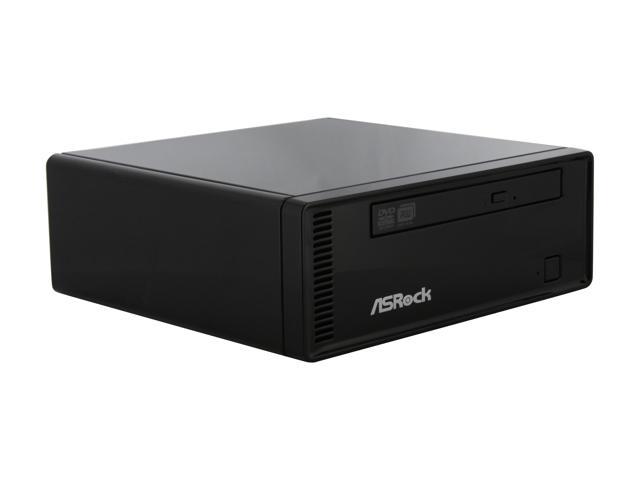 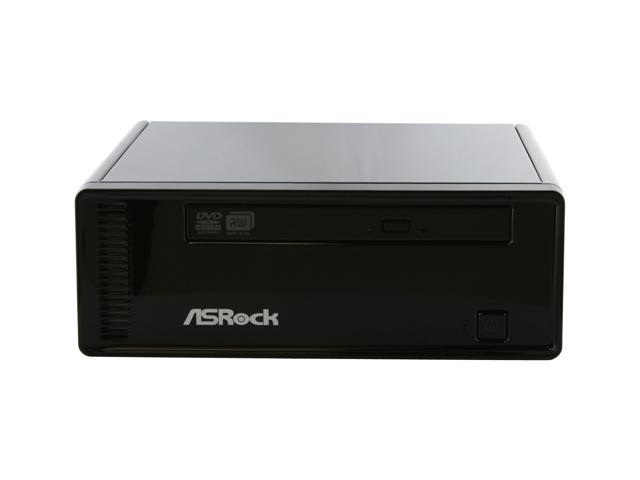 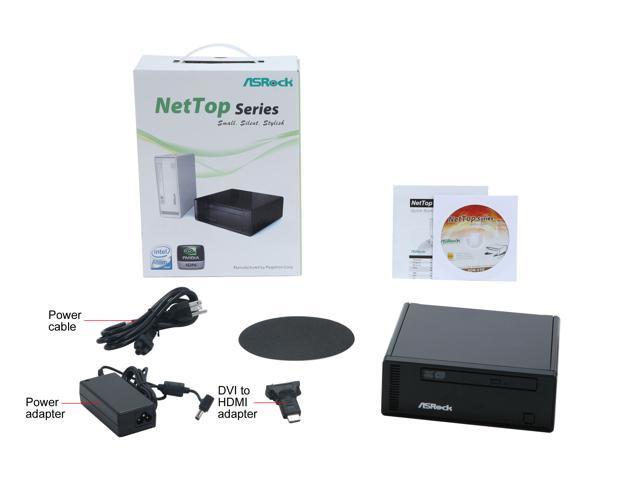 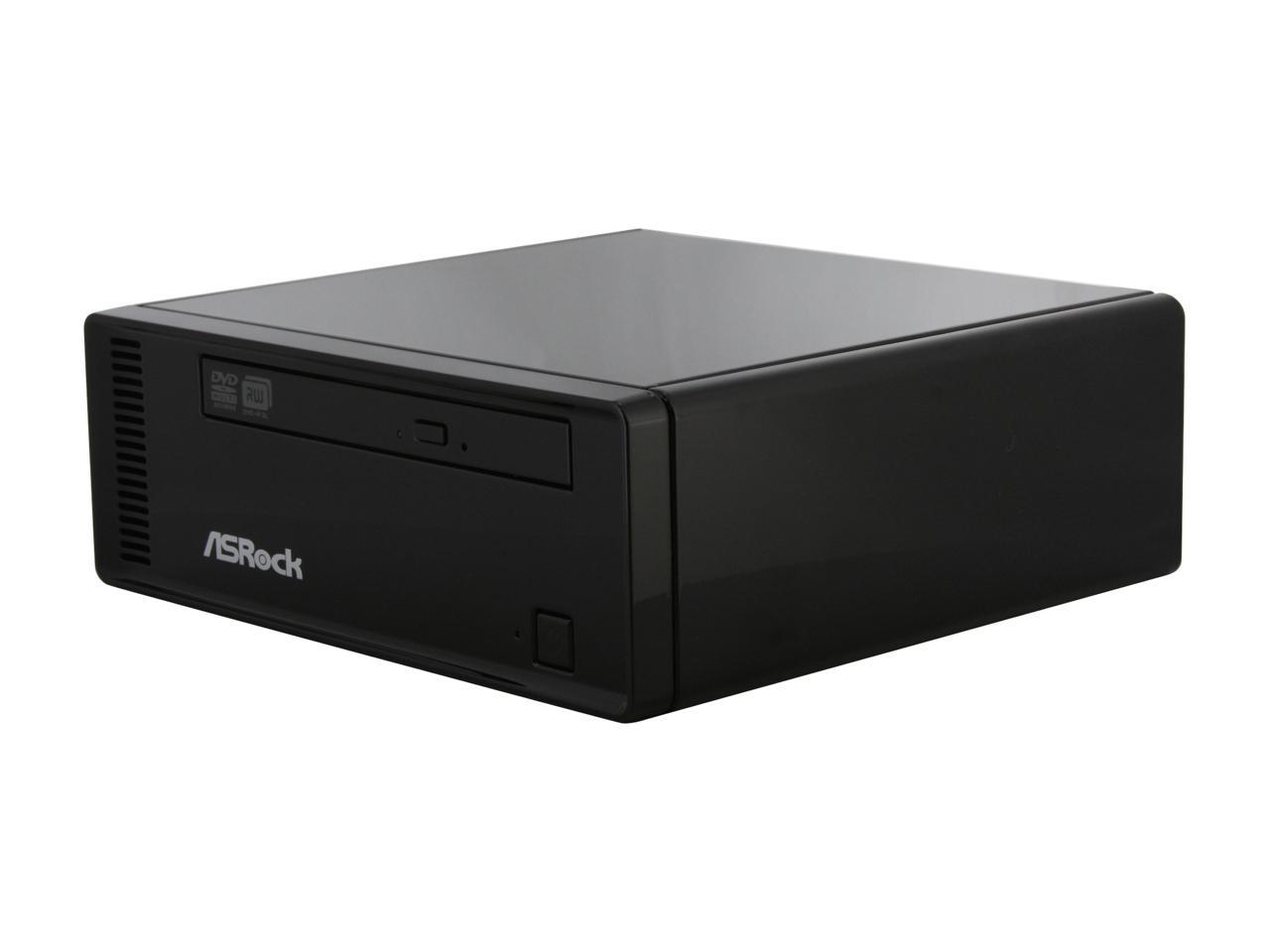 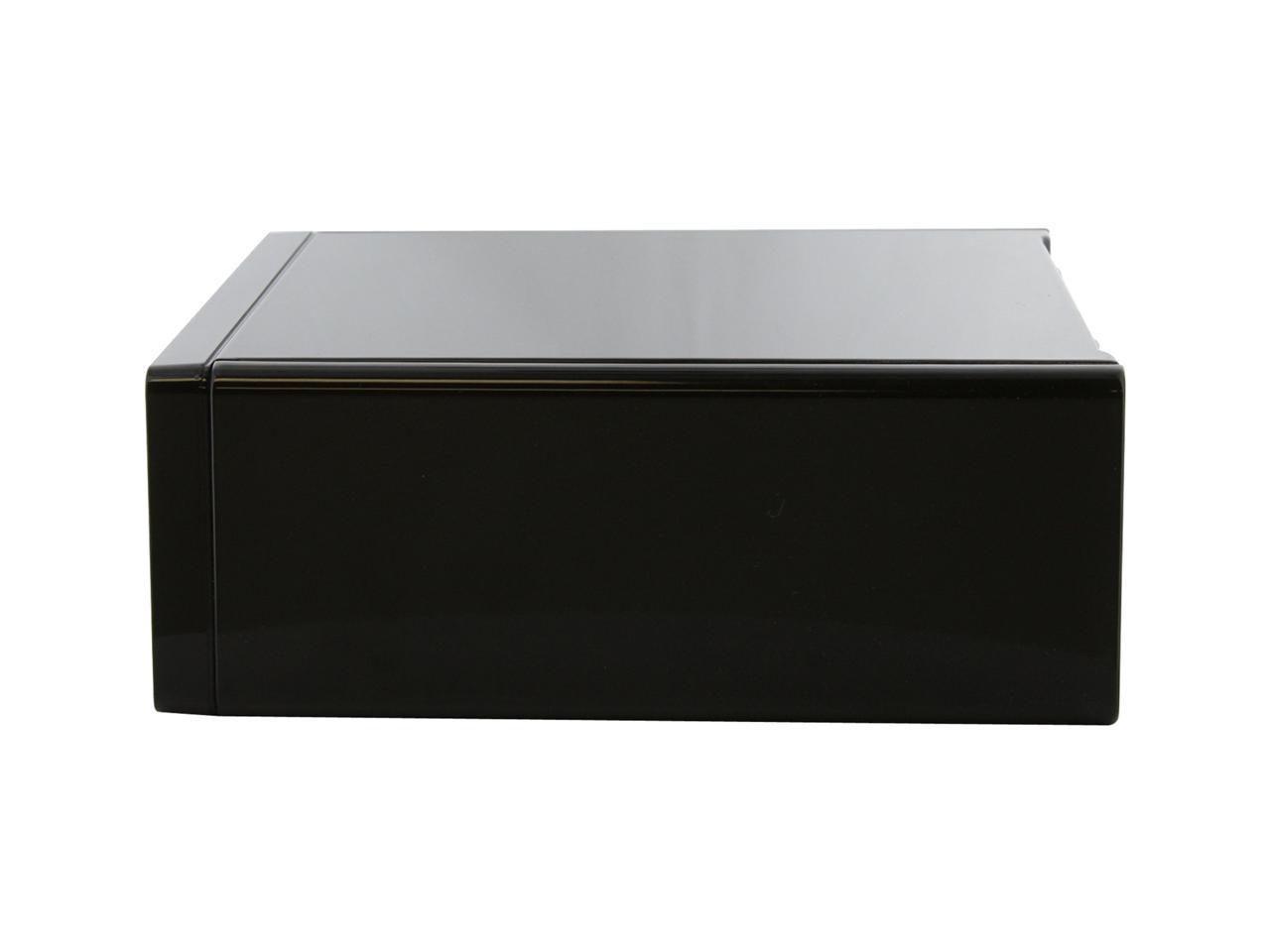 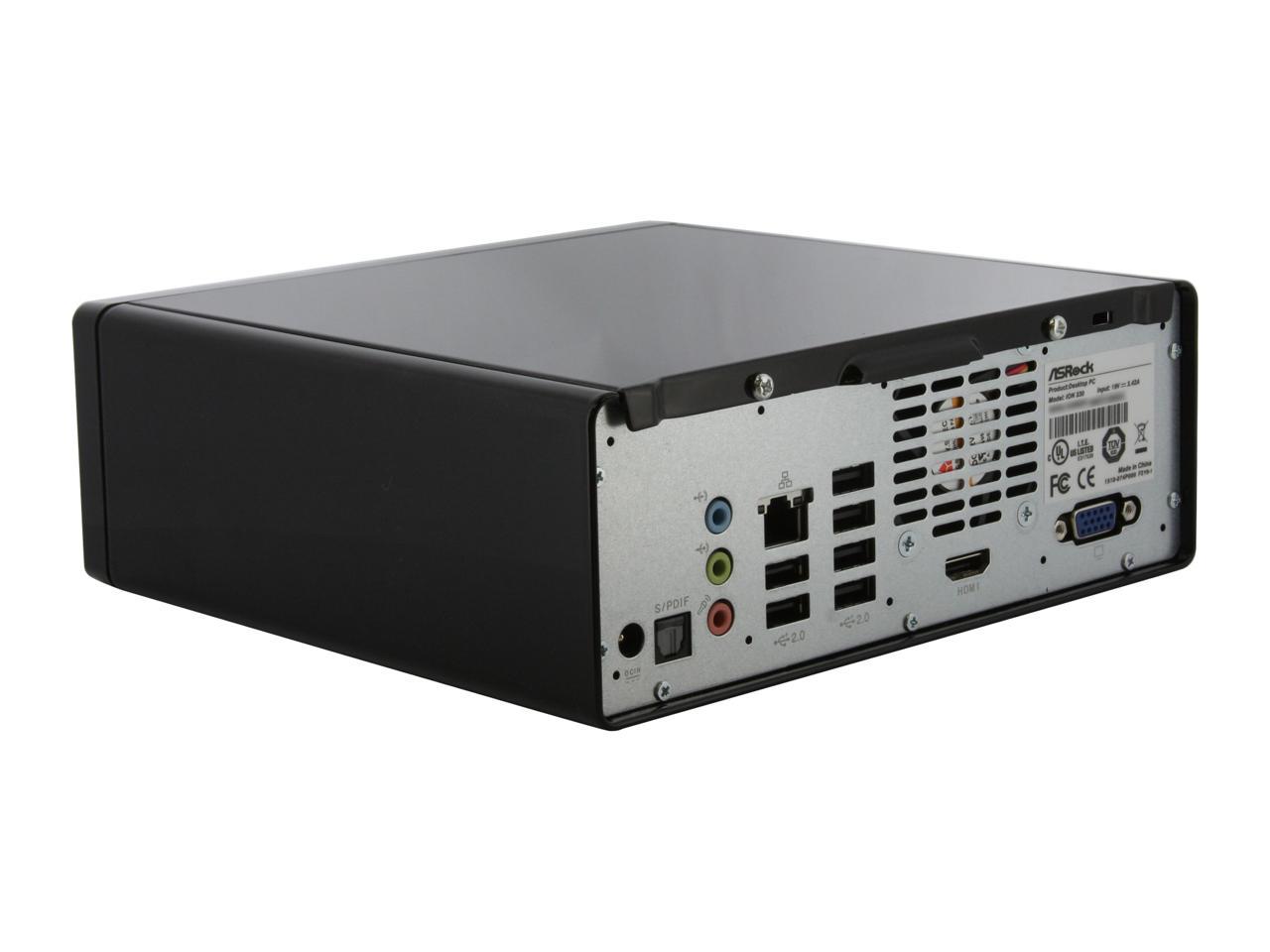 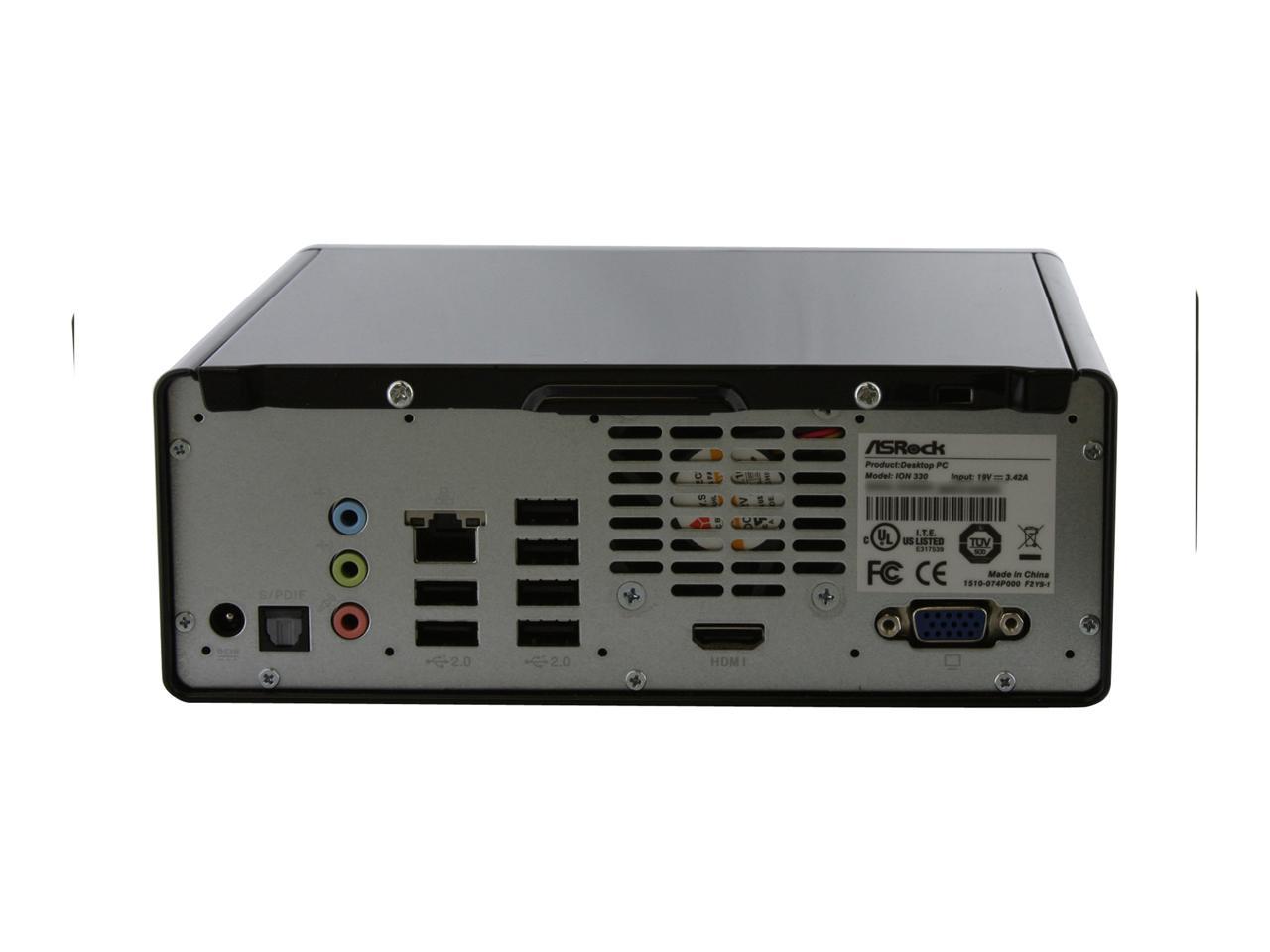 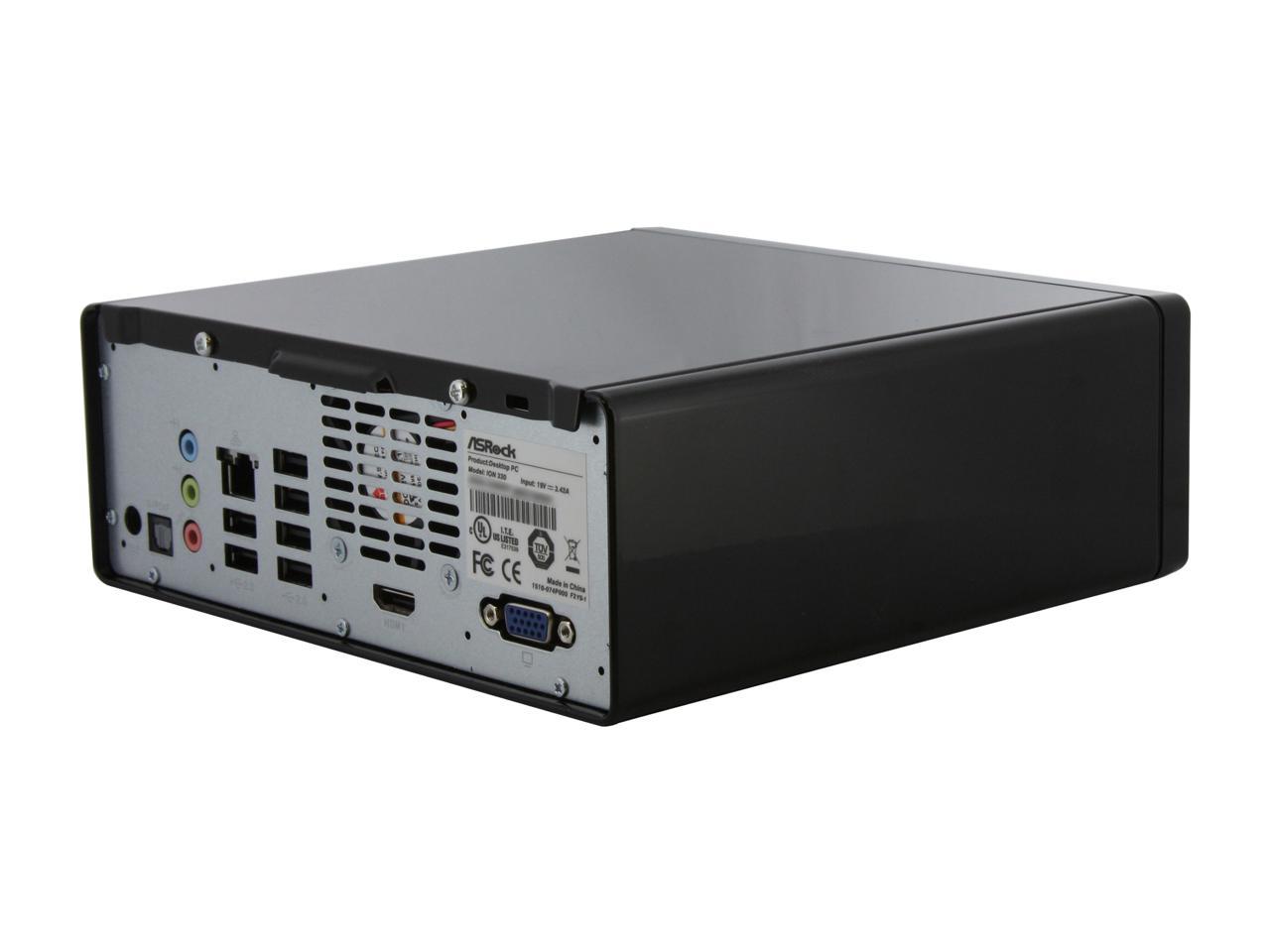 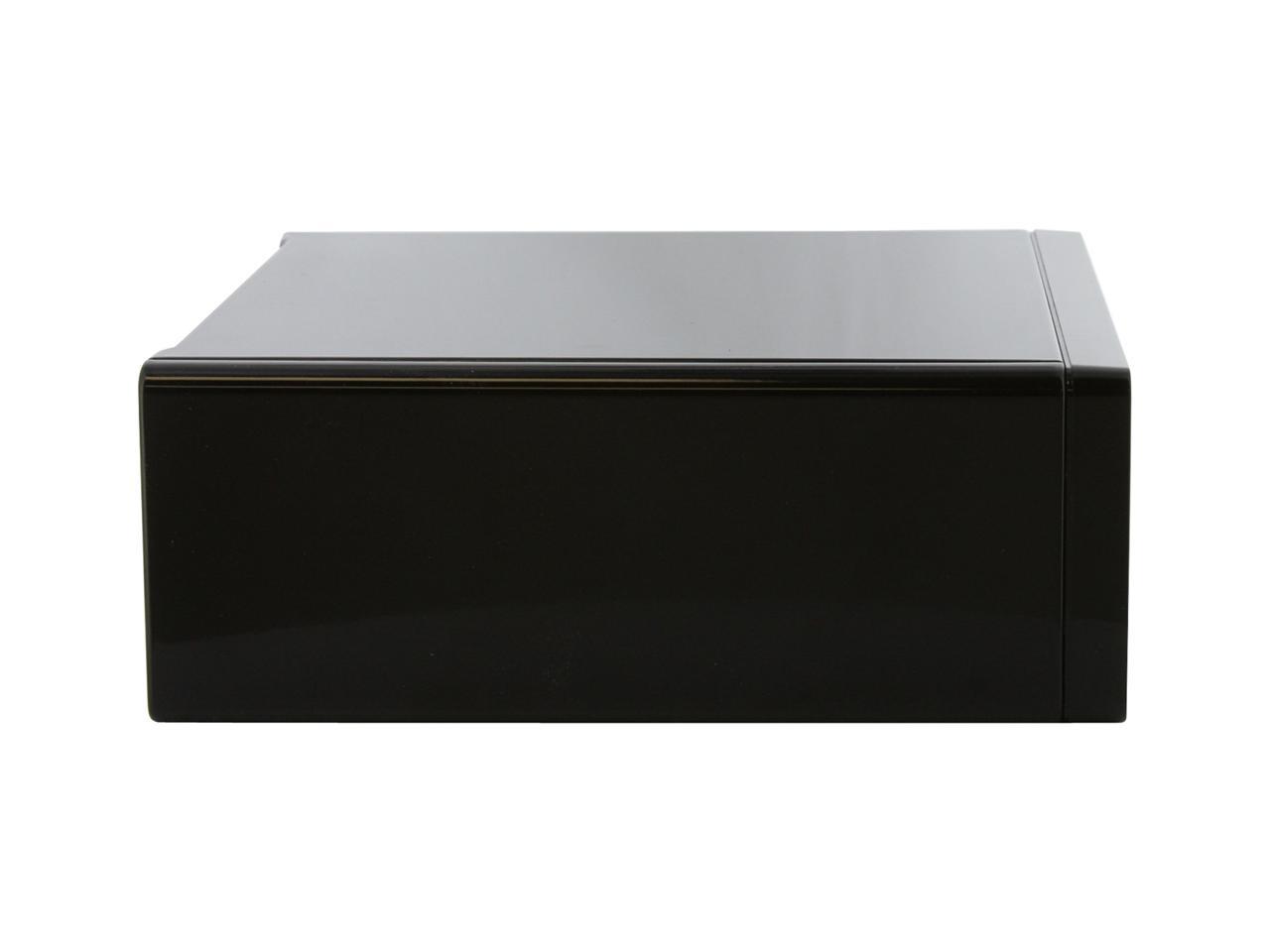 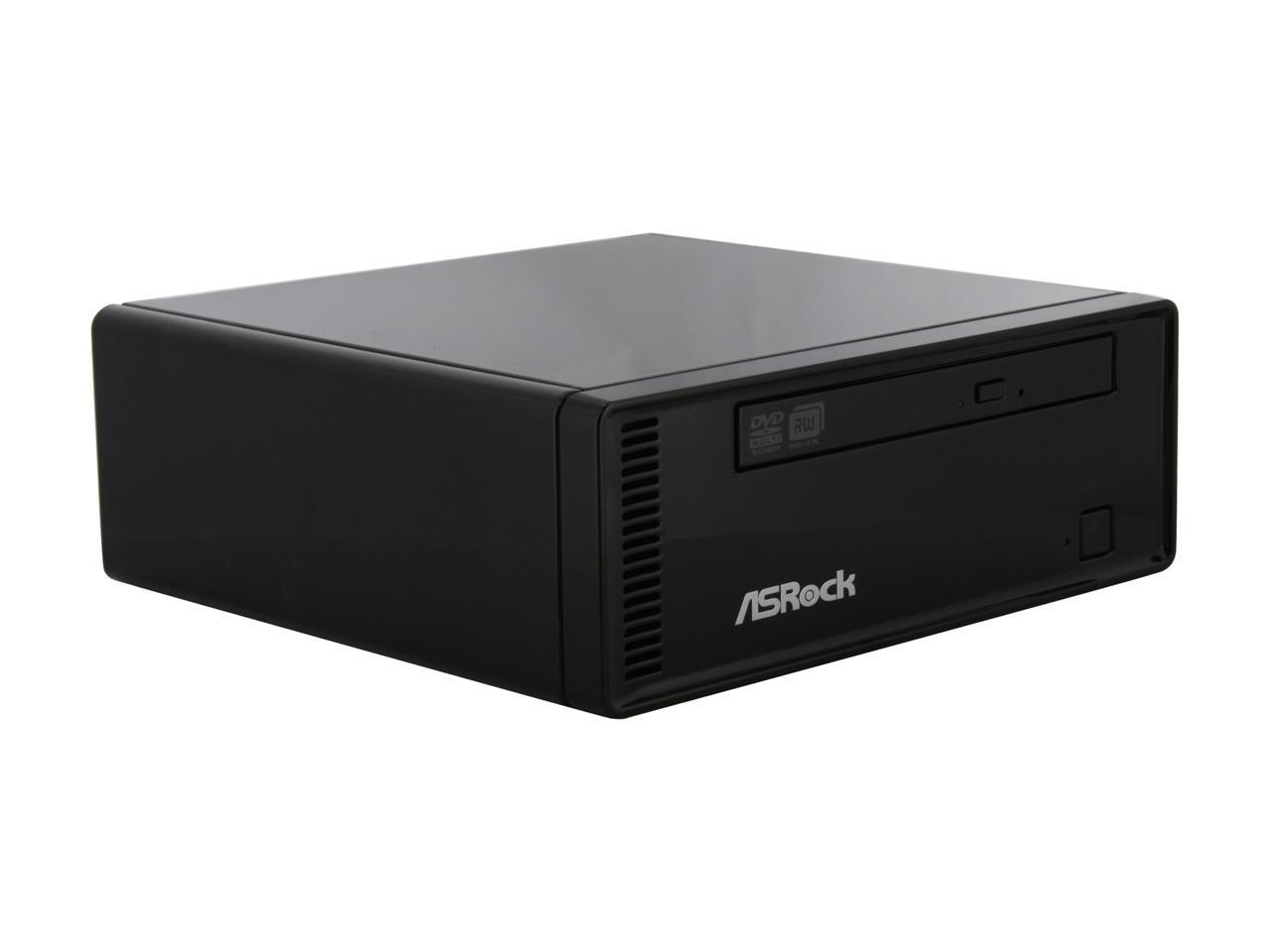 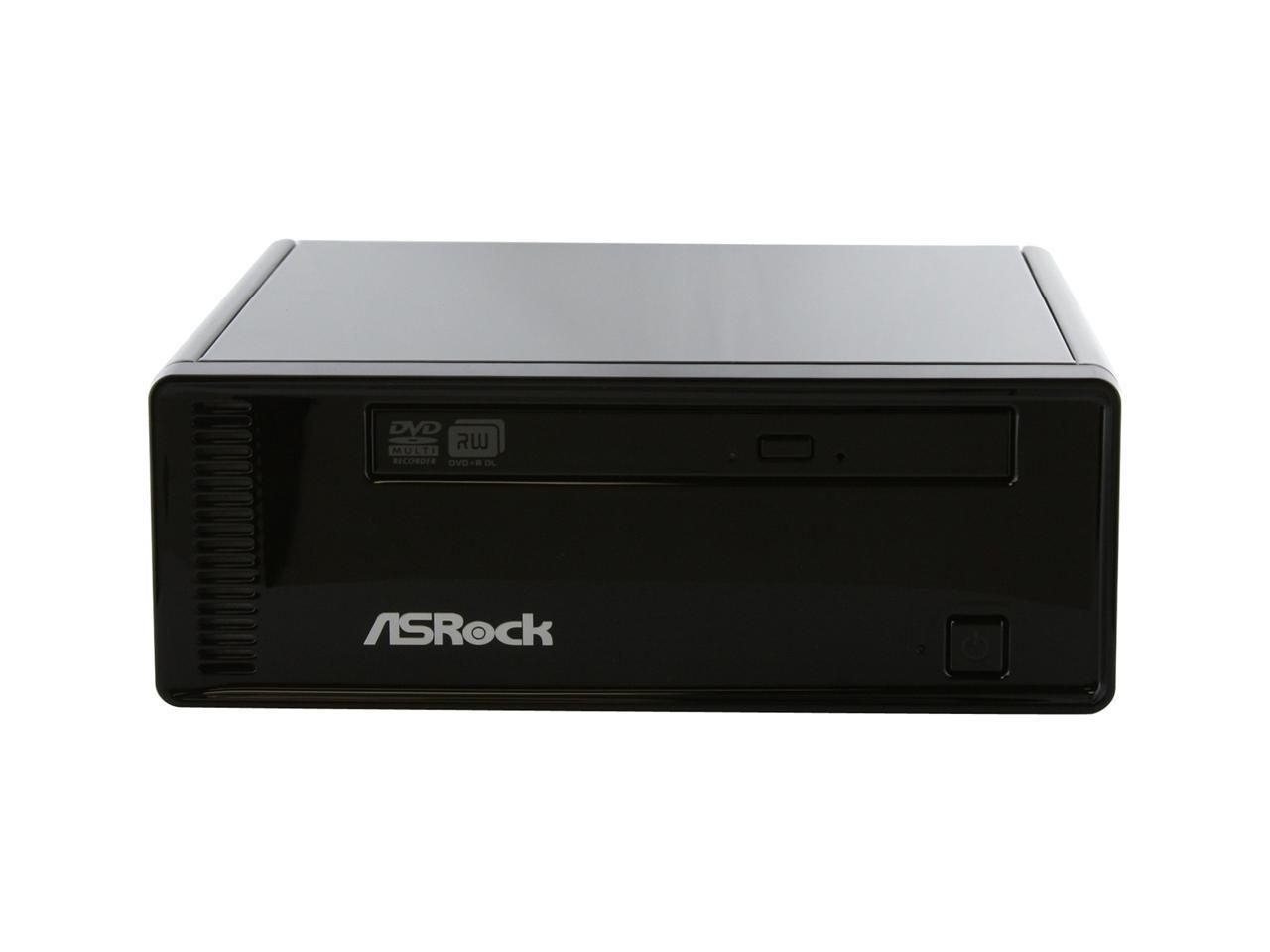 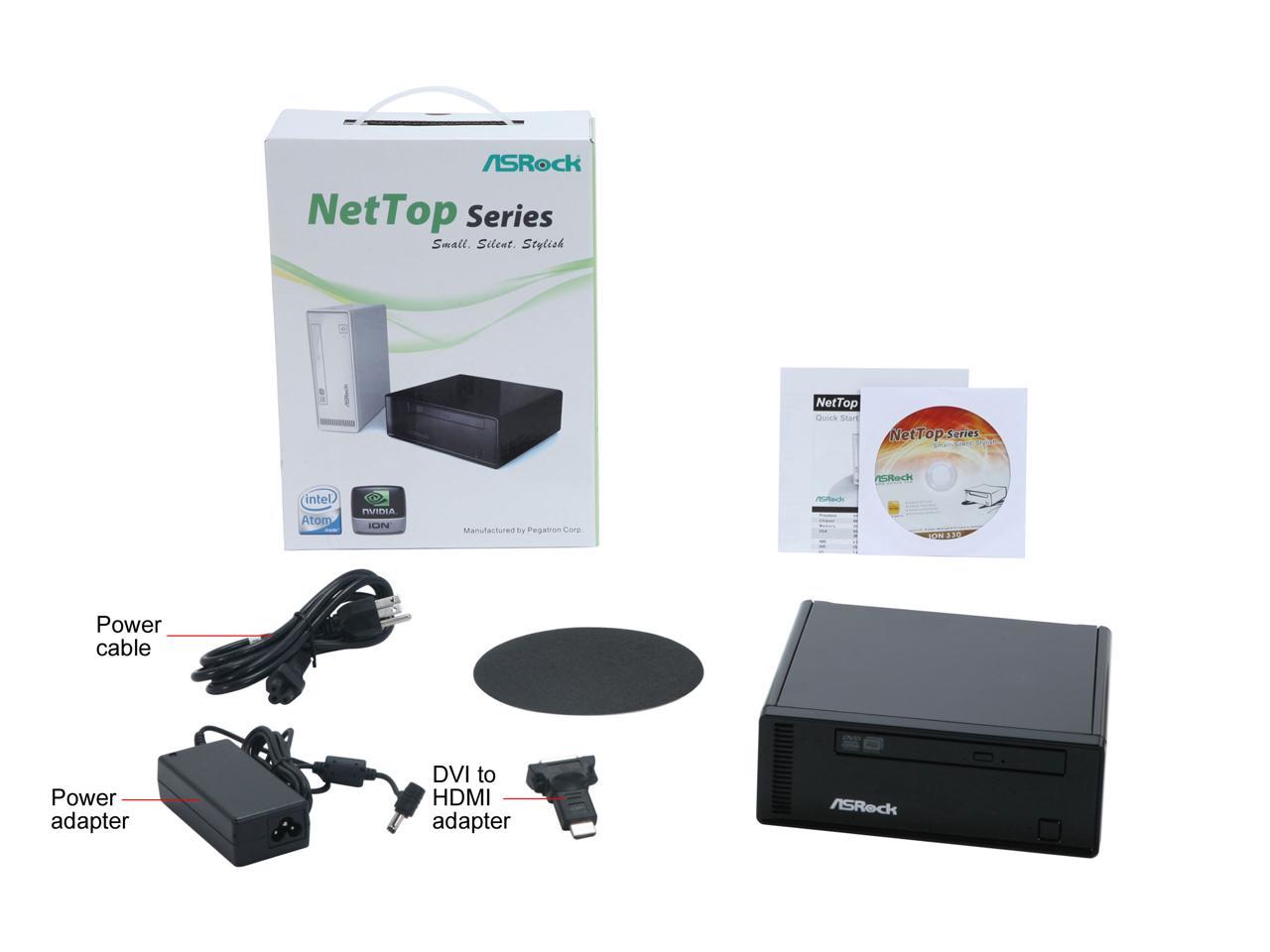 Learn more about the ASRock ION 330

Cons: A few Cons: - Availability, but only because it's so new - Pricing (Biggest Con right now); Borderline pricing vs. a comparable C2D miniITX setup - No integrated WiFi but easily solvable - Newegg raised the price by $20 over the past month...

Overall Review: I'm primarily using this with XBMC for Linux using Ubuntu. (Or you can use XBMC Live). This setup works great with proper Wake-On-USB so you can wake and sleep the box with a USB-to-IR receiver and a remote control. CUDA/VDPAU under Linux works great on playback of full-bandwidth (Blu-Ray) 1080P H.264 & VC-1 content with minimal CPU usage. Currently running the Dual-Core Intel Atom 330 @ 2.0 GHz with Aeon as the skin for XBMC. Audio over HDMI works great with my Yamaha RX-V765 (also purchased from Newegg) with PCM, Dolby Digital and DTS passthrough working perfectly. * Note: You must install updated nVidia Linux drivers for proper VDPAU support to get GPU H.264 & VC-1 off-loading. Tested briefly with Windows 7 (RC) x86 with default included hardware (2GB/320GB) and it runs beautifully well. Quick & responsive.

Pros: Small, quiet, low power consumption, HDMI, lots of USB connections, enough RAM and hard drive space to keep me satisfied for quite some time. I bought this to use as a HTPC. I installed Ubuntu + XBMC and couldn't be happier! HD videos play with 5% or less CPU utilization (thanks ION). If you don't know linux, there are plenty of forums and how-tos to get this up and running. It's worth the effort!

Cons: At least one front USB port would be nice. Other than that, I have no complaints with this machine.

Overall Review: Non-product related. I received this package a day earlier than expected. Upon opening it, I realized that someone else had already owned this thing. There were very greasy finger prints on and around the power button and DVD drive button. It was obvious that someone had opened the bag that contained the power cable too. I was pretty miffed and decided to write a complaint email. I normally don't complain about things, I just never shop there again. I received a phone call the next day from Diane who went above and beyond any expectation to rectify the situation. I've always liked Newegg and their response to my email just made me a customer for life.

Pros: Quiet. I can barely hear the thing. 1080p with vdpau on ubuntu 9.04 with XBMC. It's performed better than I expected for my media center.

Cons: Wish it had an integrated wireless adaptor.

Pros: Very well packaged. Wonderful form factor. Great *real* BIOS with lots of user control. It is a very quiet, low power, and cute box. On the inside, everything is extremely well laid out with impressive cabling and airflow. Includes an HDMI to DVI adapter. NVidia graphics are so much better than non-Ion Atom boards. Seagate laptop hard drive. Gigabit network. Optical SPDIF too!

Cons: Like everyone else says, they should have added at least one front USB port. I don't need it, but it would have been nice to include an I/R receiver on the front, too. I would much prefer a flat black... I don't know why all these companies think we want glossy, show-every-fingerprint-and-scratch-and-dust black.... but when it is clean, it is very showy. There are two fans inside, and one is very, very, very tiny. I am worried it might fail and be hard to find. The package deal would have been far more attractive with 4GB of RAM instead of 2. The included docs are pretty much useless, but that is par for the course.

Overall Review: The machine loves Linux. Mandriva 2010.0 64bit loaded perfectly and everything "just worked"- sound, 3D video, network, everything. Even 3D KDE Desktop effects (AKA Compiz) works fine, although not as fluid as a full-powered desktop. Can play fullscreen Tux Racer with a great framerate. Full-screen HD YouTube plays fine. Hyperthreading is supported so it looks like 4 processors. Seemed to work stable at 1.9Ghz overclocking, until I tried VirtualBox, which would reboot the system! Had to move it down to 1.7Ghz before it was stable under VB. Overall, it is a great machine and a good value (although they should bump RAM to 4GB to be more competitive).

Pros: I am fairly certain that the wood my Ion is sitting on is louder than this thing. Pulled out of the box, installed Win7 RC along with openoffice and vlc, and was watching a DVD on my 40" LCD in less than 30 min.

Cons: No included wireless, but I realized this before purchase and bought the BELKIN F5D9050 USB 2.0 wireless adapter which is on sale as of 8/25/2009 and works like a charm.

Overall Review: To the person that claimed there is no expandability with this system, I'm not sure what box he was looking at, but I was able to beef up the ram to 4gb (i know, overkill for a nettop) and install a faster 500gb HDD easily. Also this puppy has NO shortage of USB ports so again, not gonna run out of things to add on to it soon.

Cons: -No OS -No Wireless

Overall Review: Got it in today and I love it...its an excellent 24/7 computer that wont run up the electric bill. My gaming/dev PC is quite loud so this at least wont keep me up at night. Newegg keeps raising the price on this lil goody.

Overall Review: Perfect for hooking up to your HDTV and using as a media center. It definitely tops getting an older gen mini mac at the same price point or a standalone media center streamer.

Cons: Not "wood" silent - but much more quiet than my PS3.

Overall Review: This was a replacement - I was the one "1" ranking review posted earlier. I would delete/ edit it, but can't find where to do it on the website.