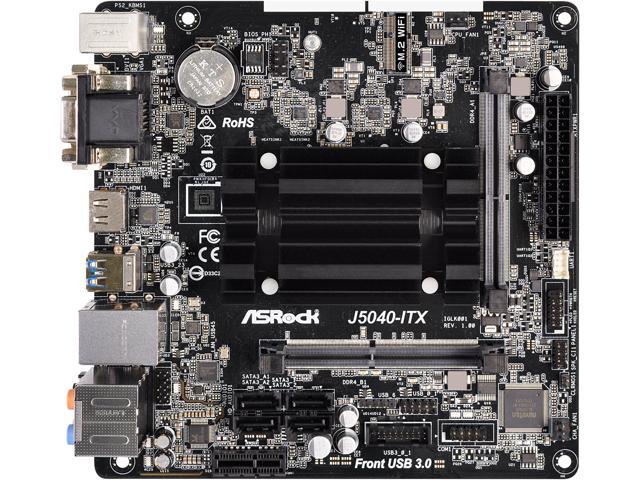 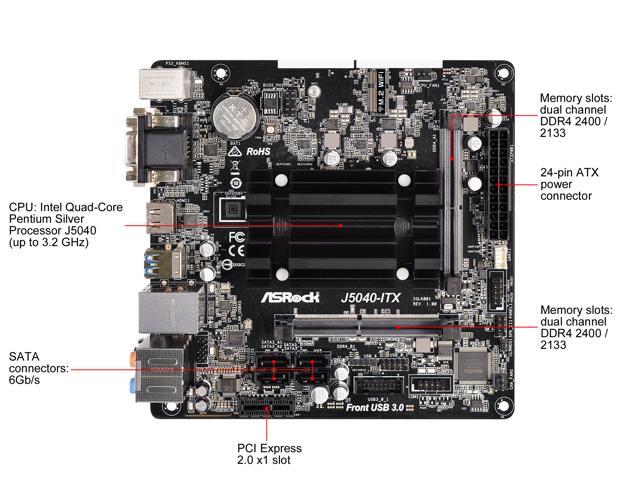 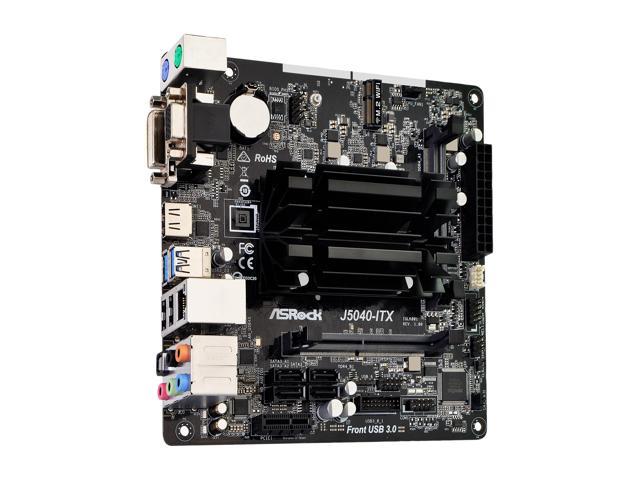 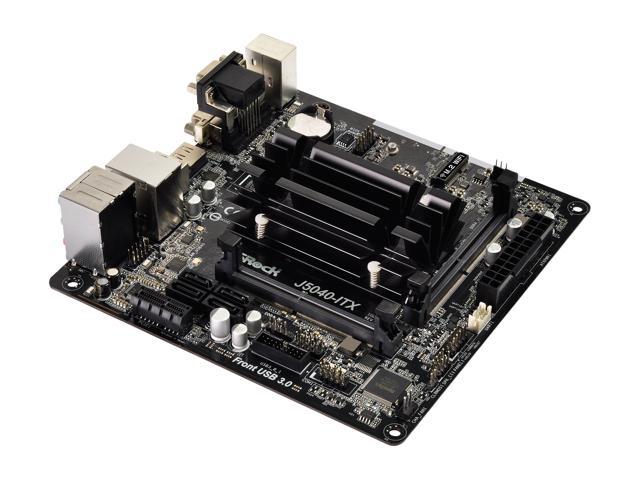 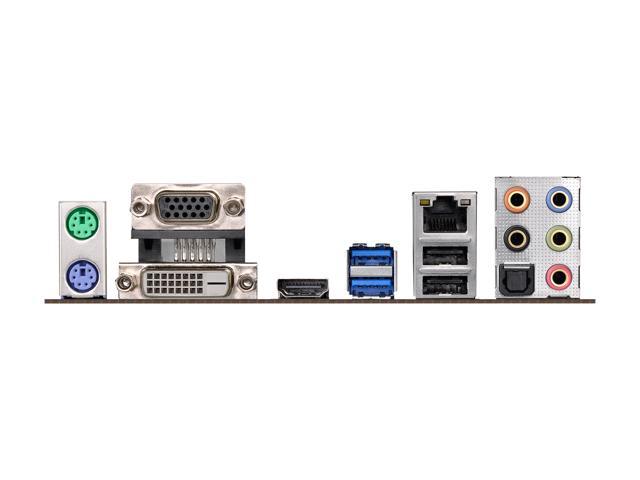 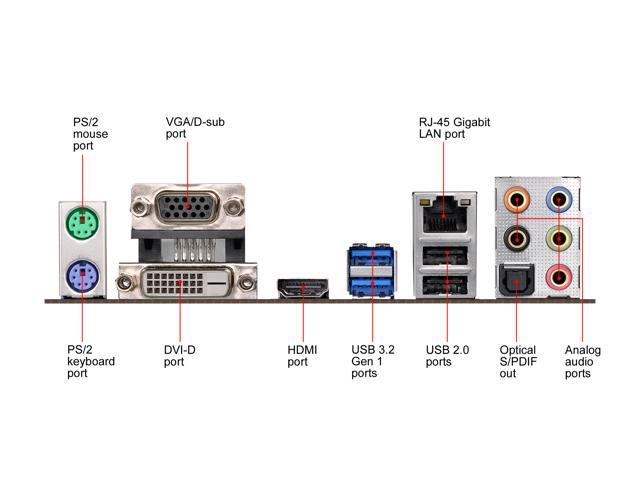 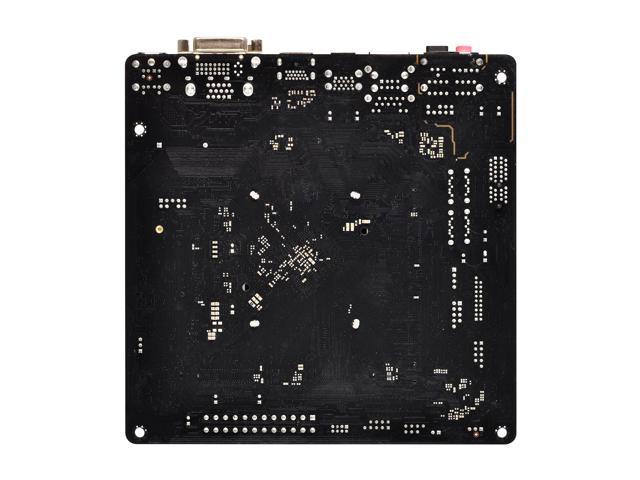 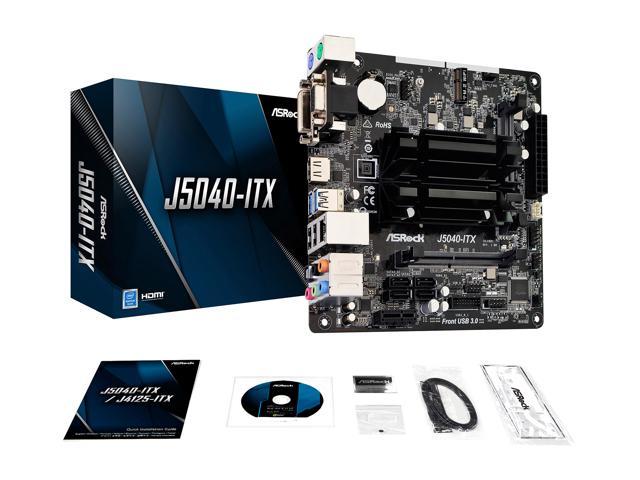 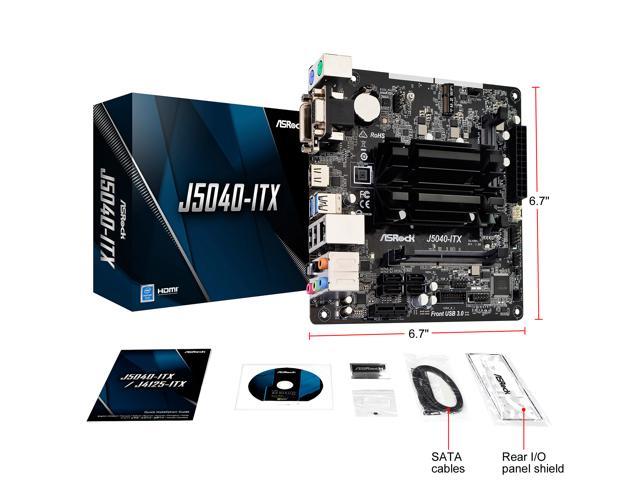 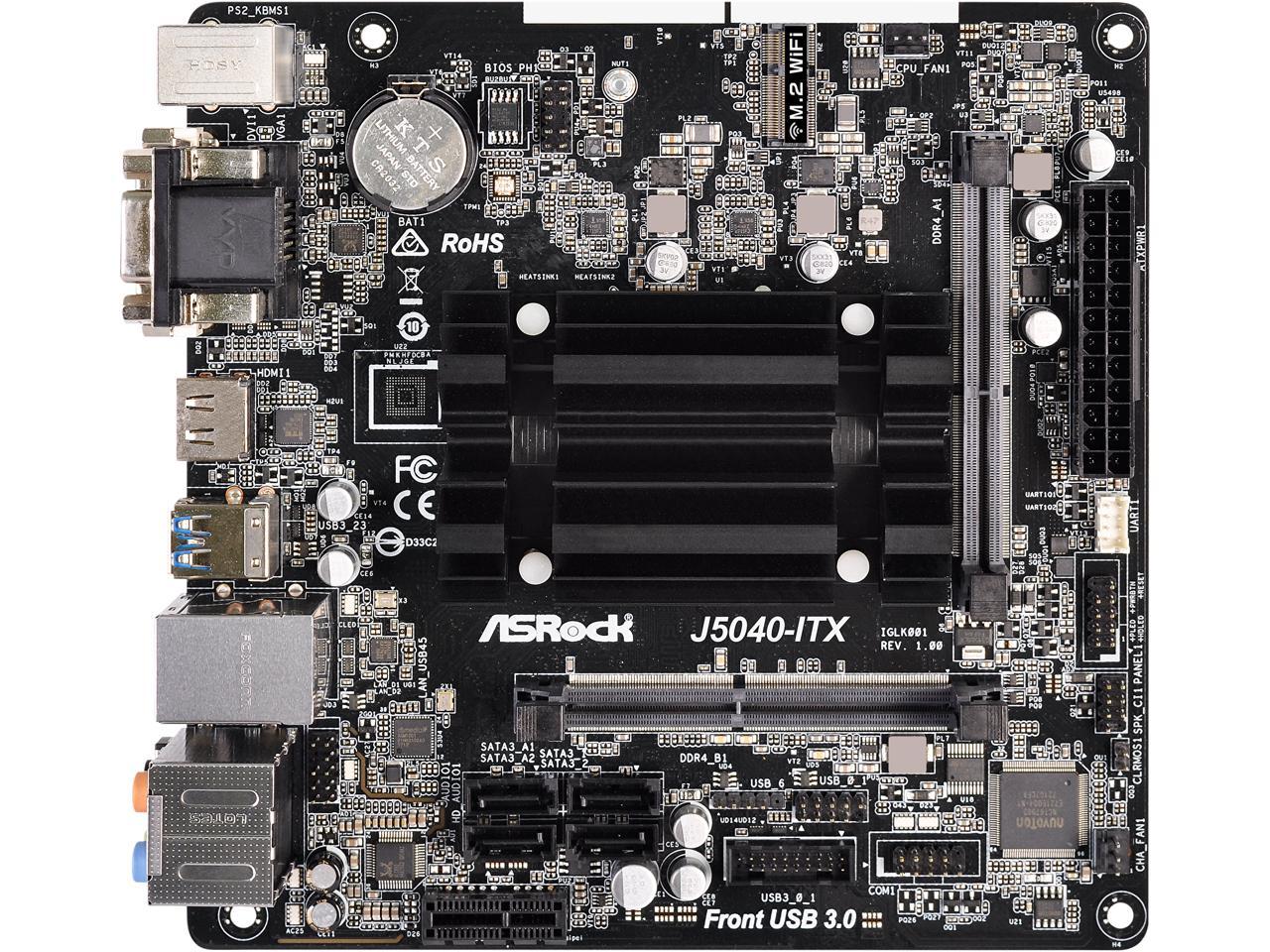 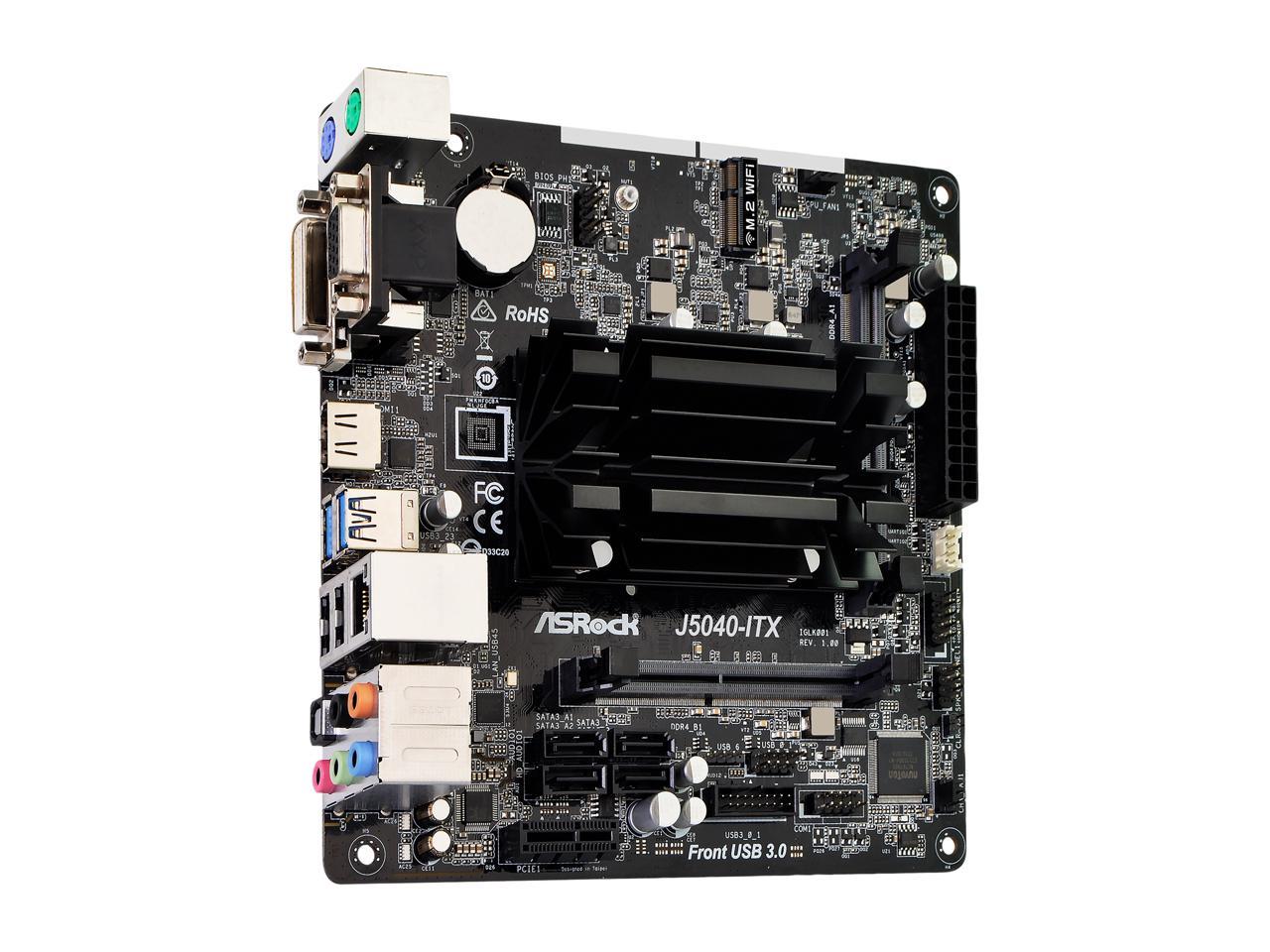 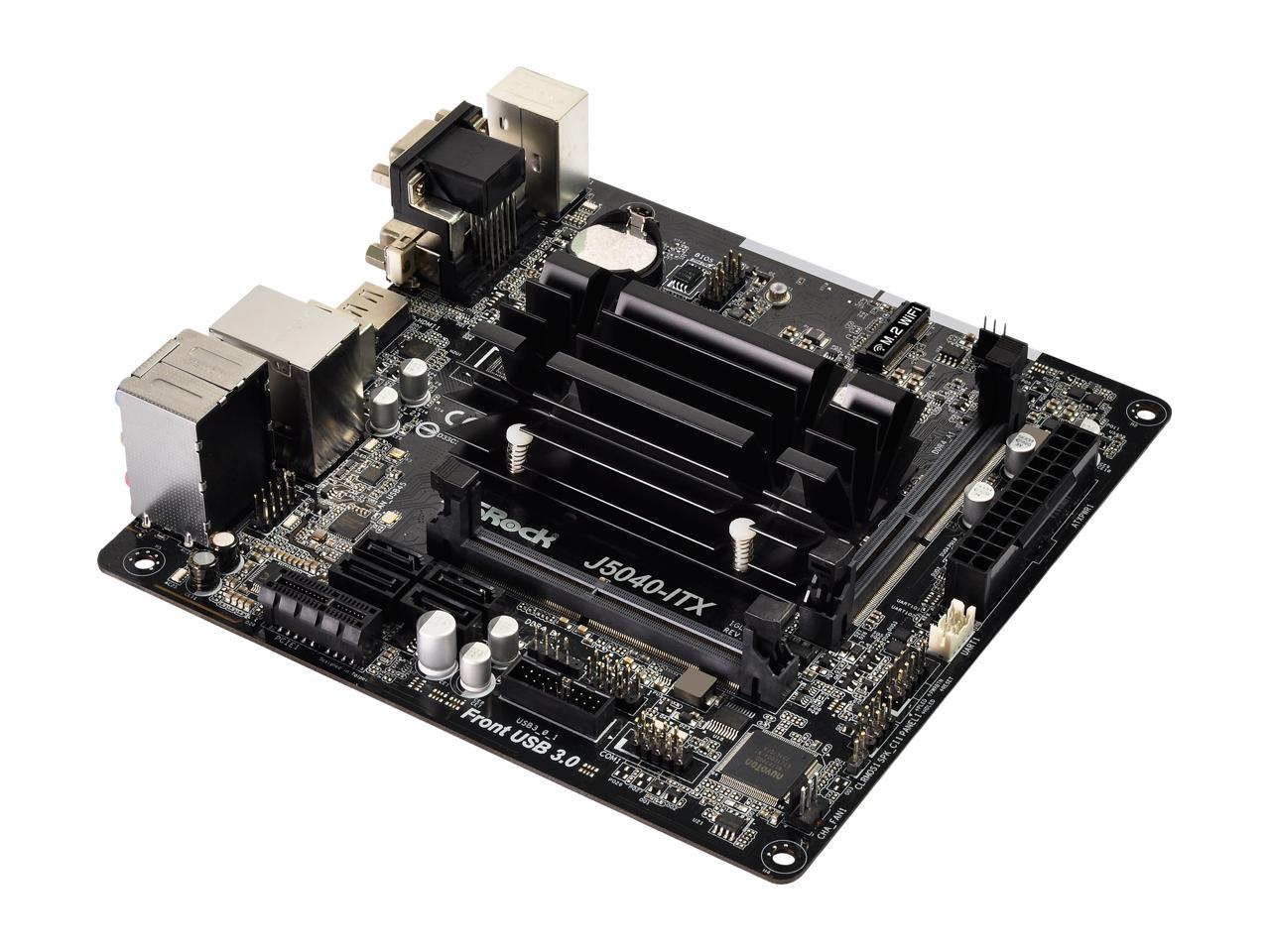 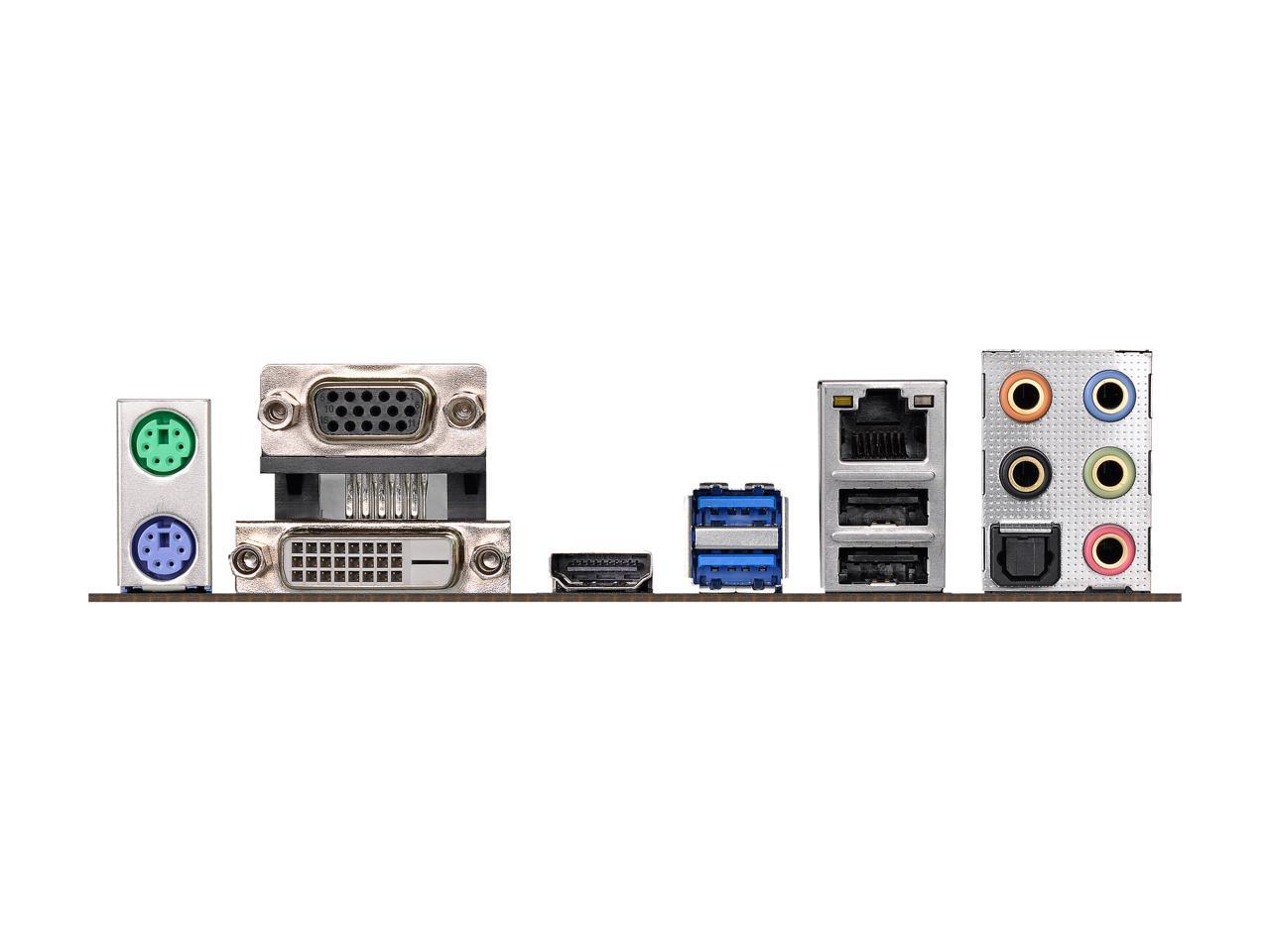 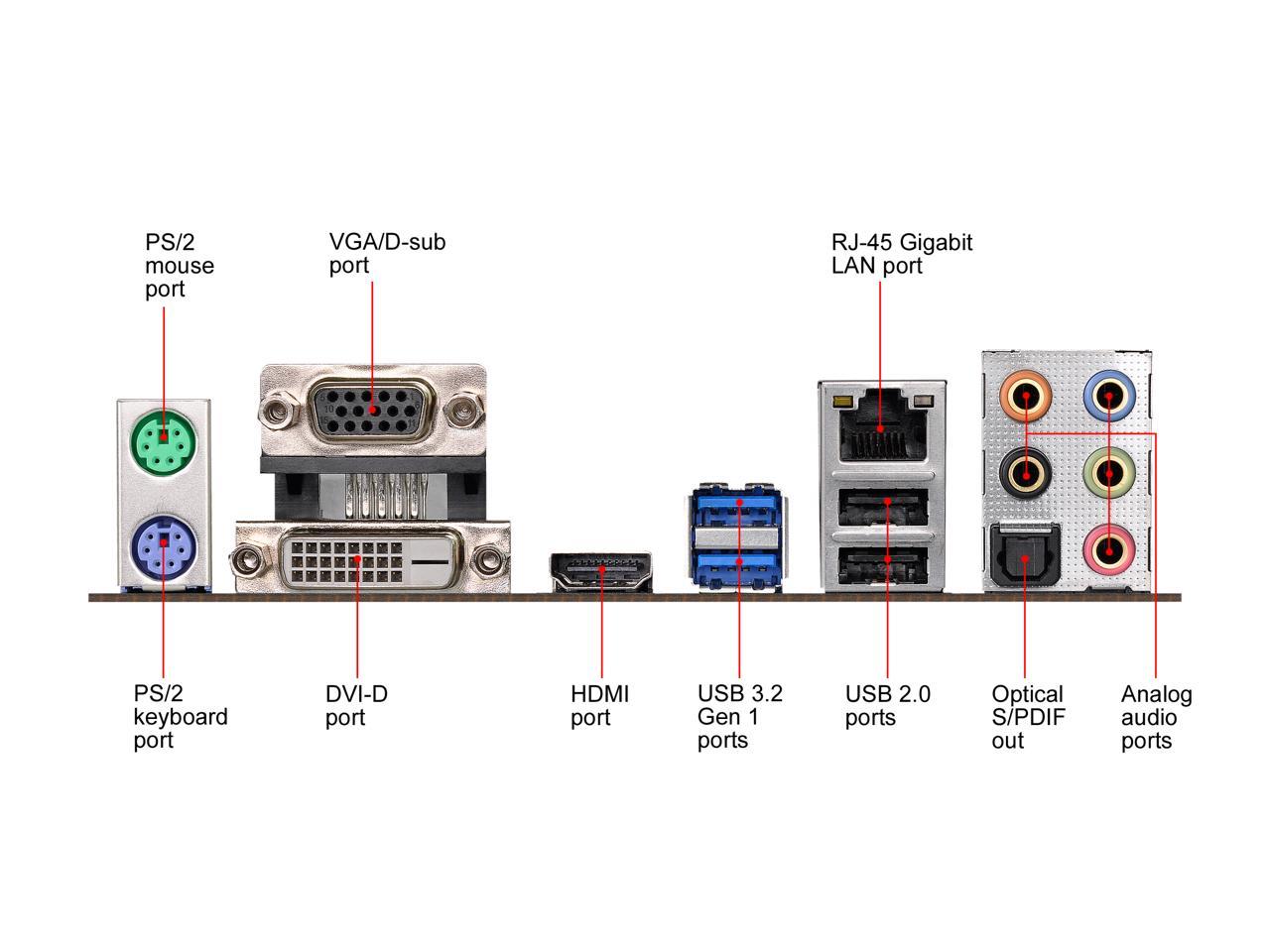 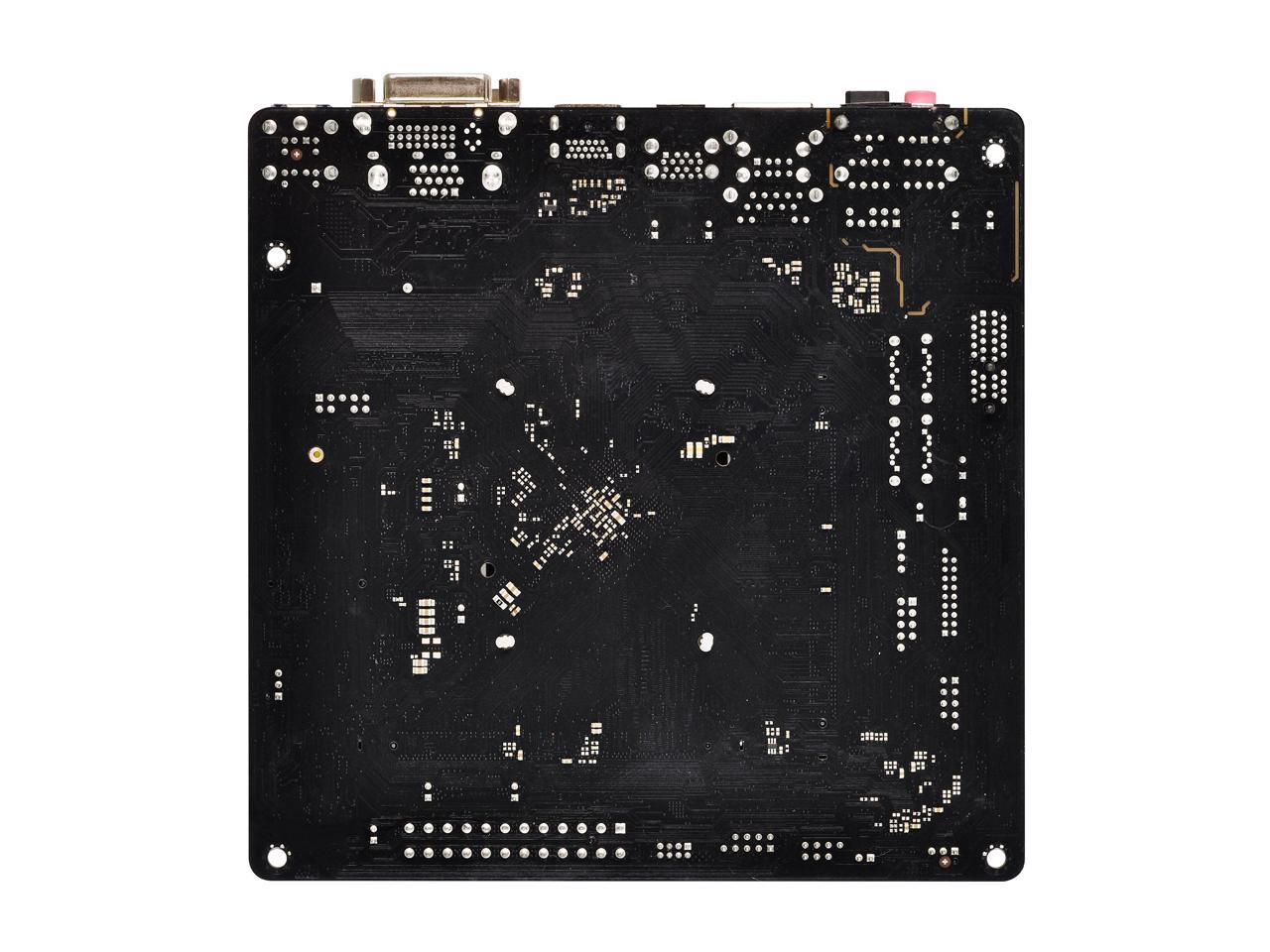 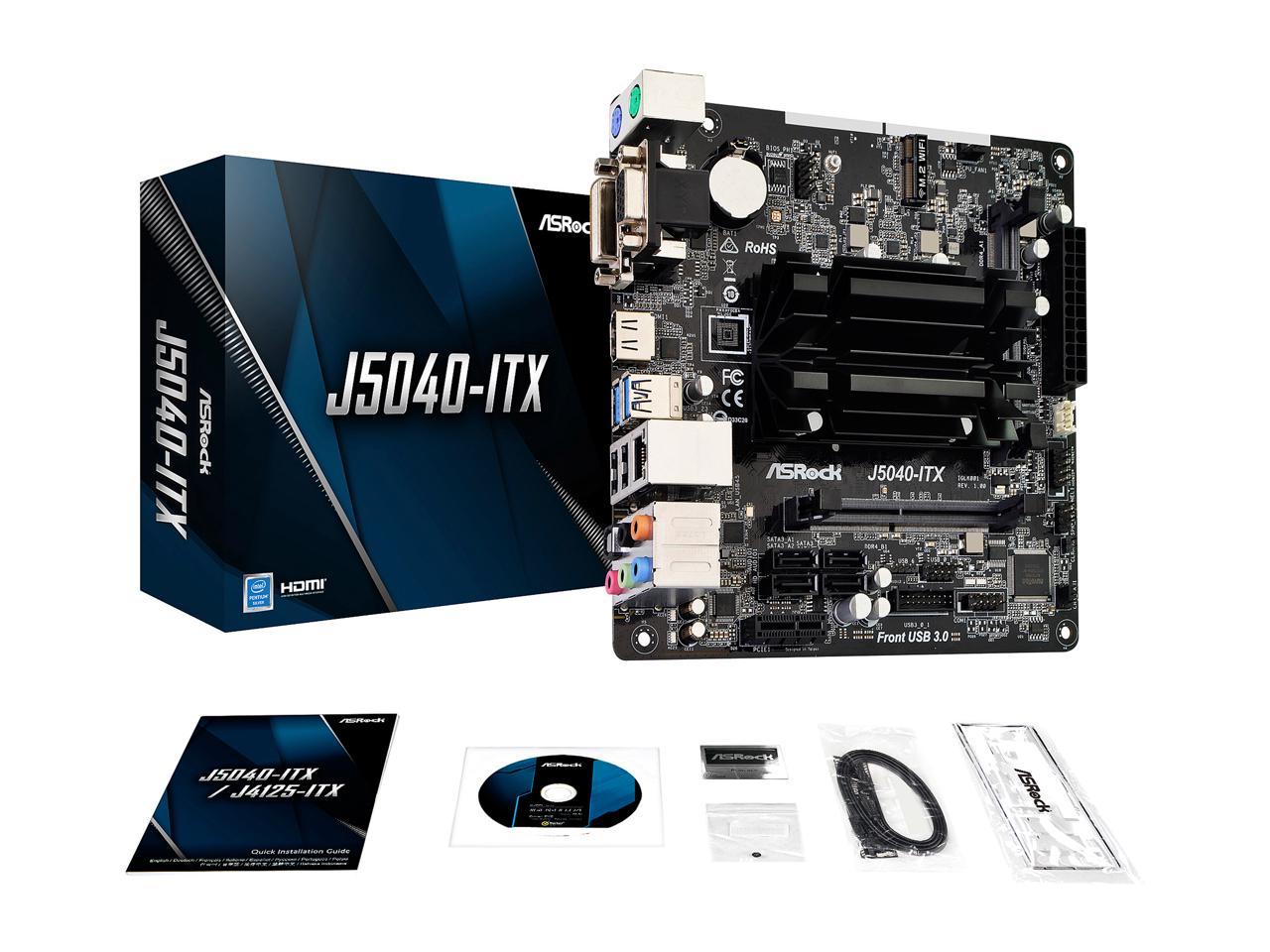 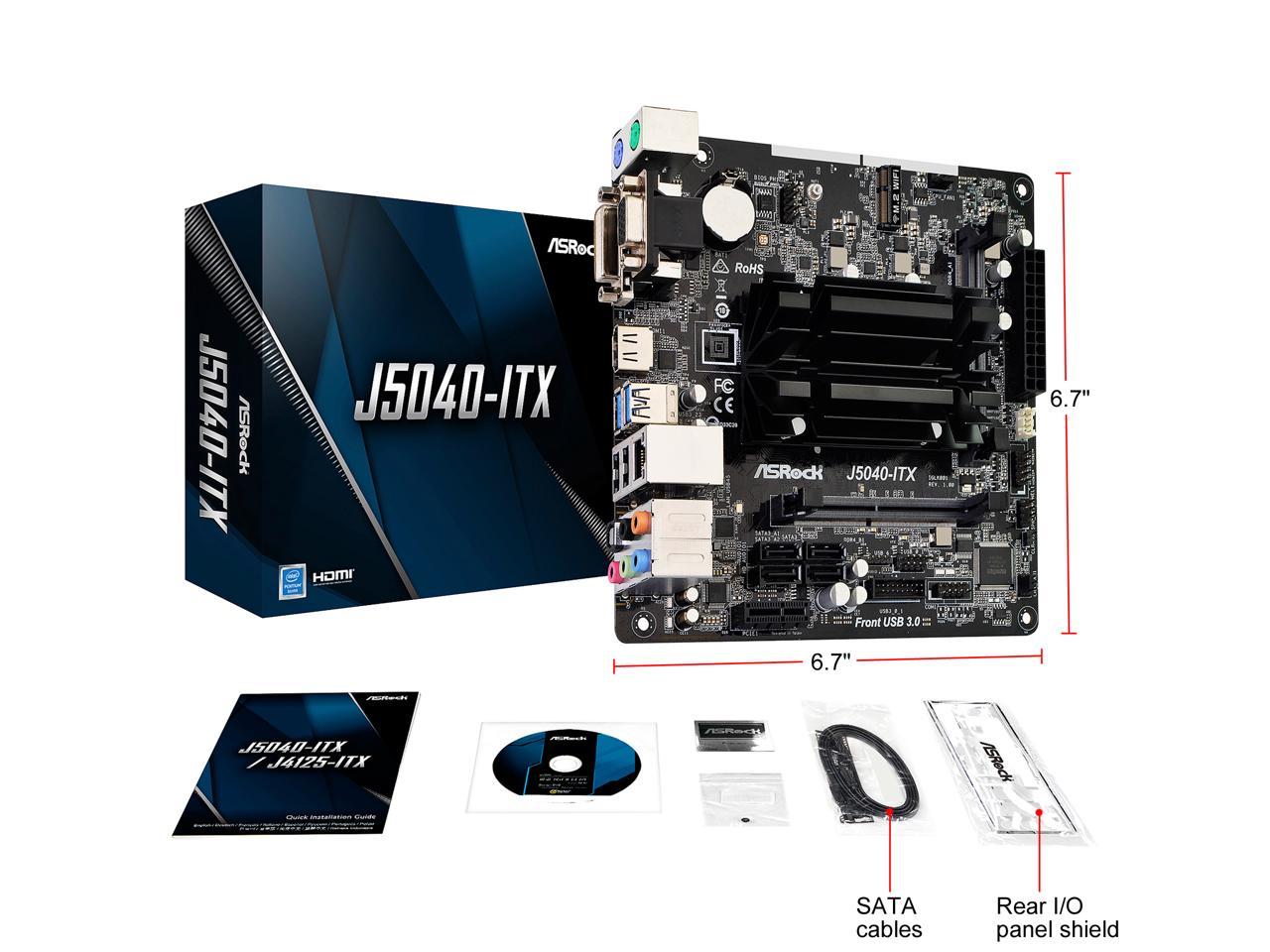 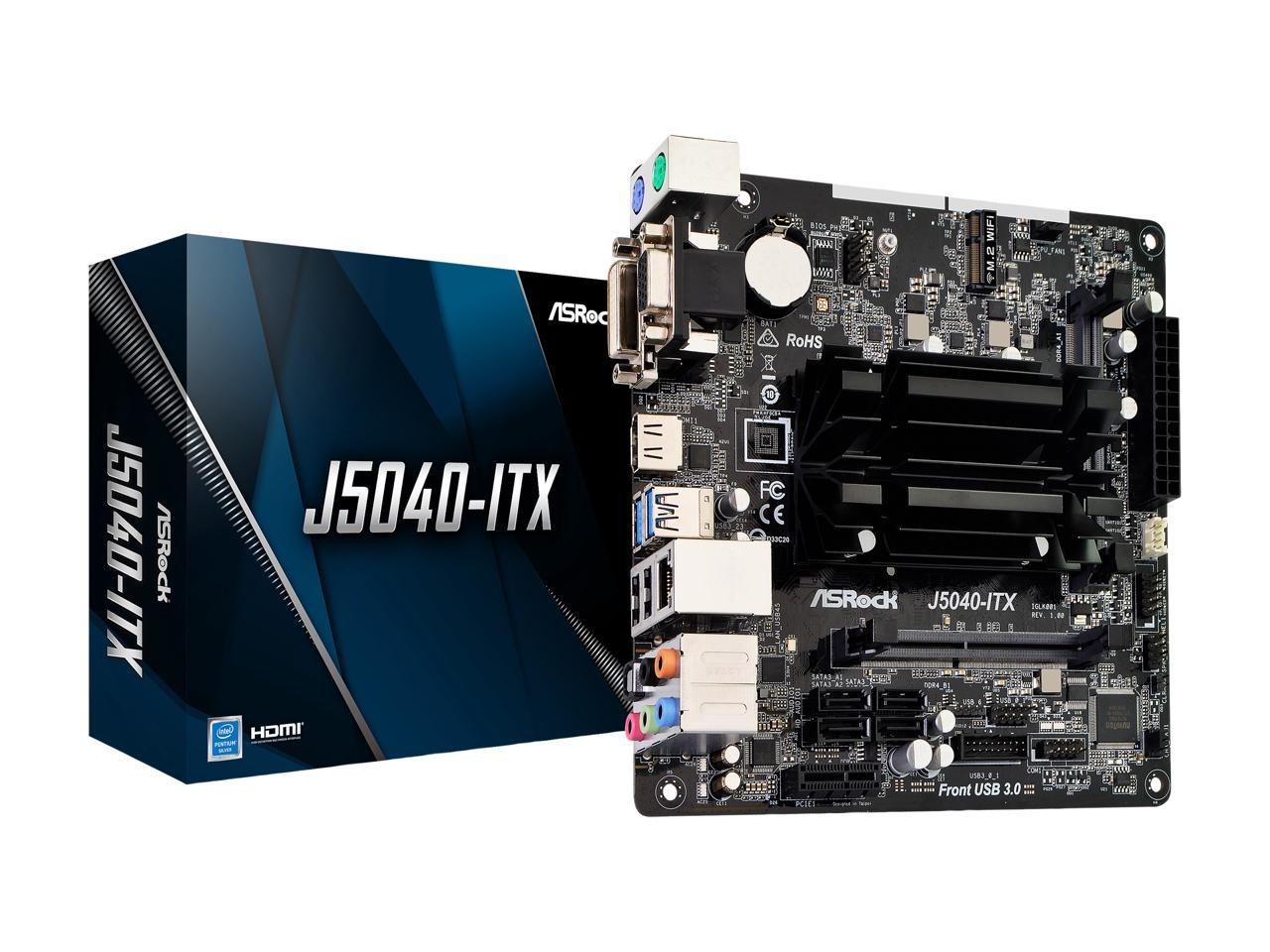 Learn more about the ASRock J5040-ITX

Overall Review: I have been using embedded motherboards for eons, mostly because of small form factor and very low power in the 8W to 15W range, but they become barely speedy enough with evolving WIN OS and web developers. Below are my experiences with various embedded systems running WIN 10 and Firefox: - J1900DC-ITX ok with WIN7 for web & email, now relegated to 4x8TB server with 2GB RAM - J3355B-ITX 12GB RAM is ok with web & email as long you don't have too many AMAZ tabs - J3455B-ITX 8GB RAM is ok with 80Mbits/s downloads via NORDVPN + a doz web tabs - J4105B-ITX 8GB RAM is of with 110Mbits/s downloads via NORDVPN + a doz web tabs - J5040-ITX is about the same as J4105B-ITX but more responsive with more web tabs My Ryzen 3 3200G outperforms all the above, but consumes around 50W for the same tasks, and the embedded systems cost 50% to 60% less with no fan noise. Regardless of systems, WIN 10 background tasks will bring things to a crawl, especially with 8 GB RAM or less. I tried running Linux a year ago, but I can only get full file transfer speed & file share on the OS partition, limited to 60MBytes/s on other drives, and difficult to share them regardless of system. Note that J5040-ITX 8GB RAM WIN 10 memory diag test took 50mins to run, while the J4105B-ITX takes 40mins to complete with the same 2x4GB RAM sticks. Also the J5040-ITX have no problem running 12GB RAM, and passes WIN 10 memory diag test.

Overall Review: I upgraded my HTPC with this motherboard, a 2TB SSD, and a fanless power supply to make a 0dB unit with no moving parts. Xubuntu 20.04 installed without a hitch. MythTV works perfectly. Restart takes about 30 seconds. It was worth the wait.

Cons: - It took a long time for this board to finally be released. I've been waiting about a year. But it's finally here so now the demand will be high so it will just be out of stock.

Overall Review: I upgraded a headless Zoneminder system that was running on a J5005 to get a bit more umph. Load average seemed to go down by about 1/3 so that is good. (The J5005 NUC is now a MythTV frontend.) I also upgraded a MythTV frontend that had been running a J1009. The J1009 worked fine but was limited to 1080p. The J5040 boots in less time and also does 4K. Like the J5005, the J5040 loaded Ubuntu 20.04 with no issues. Everything just works. Also like the J5005 the J5040 has no problem handling 2 8GB DIMMs and providing 16GB (minus a bit for the video mem) for the OS despite Intel and ASRock both saying 8GB max total memory. (I suspect it may actually be 8GB is the max capacity of a stick but that's not what they say.) If you liked the J5005 you will like the J5040 as it is a the same but a little faster at the same price point. I wouldn't buy one to replace a J5005 unless you were planning on buying another J5005 anyway in which case you just buy this.

Cons: As an ITX board, space is cramped. The SATA ports are right on top of the PCIe slot. There is only one PCIe slot and it's a 1x 2.0. If I understand this correctly, that means the maximum IO speed is 500mb/s. I assume that means that adding a 2.5gbe card is out of the question.

Overall Review: Overall I am impressed with the performance and features, although the "slow" pcie slot is a bit of a weakness.

Pros: Bought this motherboard because I was happy with the ASRock J5005-ITX motherboard that I had bought last year to upgrade another Mini-ITX system, and this one was priced about the same but has slightly better specs. While the specifications says max memory is 8 GB, when you look up the supported memory for this MB on the ASRock web site, it shows that more than that can be installed. I installed 2 x 8 GB of G.SKILL memory (16 GB total) of the memory part number shown on the site, and it is working fine. Pulled out a much slower & older Mini-ITX MB, and installed this motherboard in an Apex MI-008 Mini-ITX case and it works fine with the 250 watt power supply that comes with that case. Windows 10 Pro running well with this MB and 16 GB of RAM.

Cons: - QA Issues: Two out of three that I have had to be sent back already.

Overall Review: A wonderful little board, but (seemingly) plagued by QA issues since I've had to send most of mine back. I bought these to use as low-powered nodes for kubernets and they work wonderfully for that. If you have the time to debug issues and wait for RMAs, this could be a great unit for you. I will probably replace these with another product rather than wait for stock.

Overall Review: I've had the ASRock J5040-ITX motherboard since October 2020. Originally, I had 16gb of ram (2x8), but recently I wanted to use a large ram disk. I read at www dot mini-itx dot com that it could support 32gb (2x16), so I took a bit of a gamble and ordered 32gb. It works! I'm typing on it now with 32gb of ram. As for the cons, in my case none of them are deal breakers. Power supply incompatibilities: With no spinning HDDs attached, the motherboard draws too little power from my power supply, and, consequently, the on-board LAN port did not work. Once I added two HDDs and rebooted, the on-board LAN port started working. Strange, I know, but true. The motherboard lacks BIOS boot, but I have read that Intel forbids its newer CPUs from supporting legacy BIOS. So this is Intel's "fault", not ASRock's. When I connect my SATA Blu-ray drive to one of the four on-board SATA ports, the motherboard fails to boot. (It may also fail to POST, I cannot remember.) However, I have a 4-port SATA card in the PCIe slot. I switched the Blu-ray drive to the SATA card, and now the motherboard does boot. So, the ASRock J5040-ITX has some quirks and minor issues. But, as far as I can tell, ASRock is the only manufacturer making motherboards at this price point with reasonably new/powerful integrated CPUs. Despite the issues, I am very happy with the ASRock J5040-ITX. I hope ASRock continues to make similar boards with even newer Intel CPUs as they become available, as I definitely prefer low-cost, low-heat, low-noise computers.