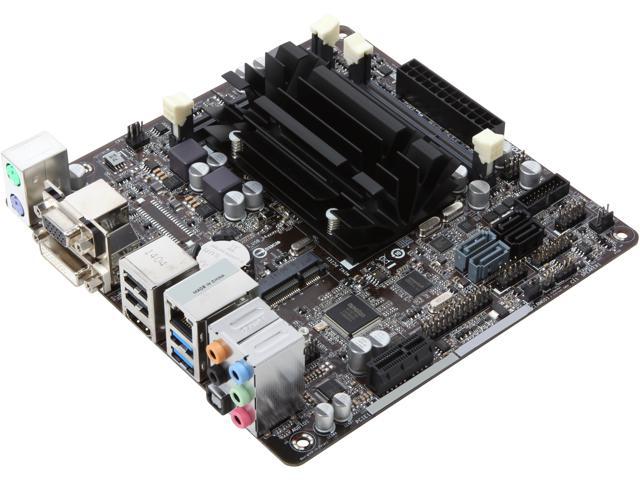 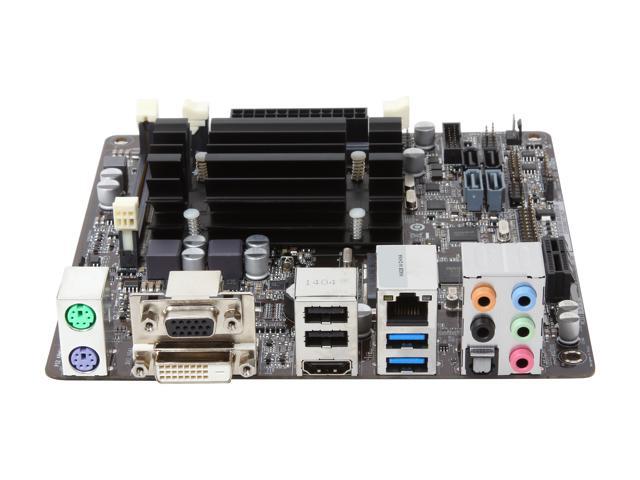 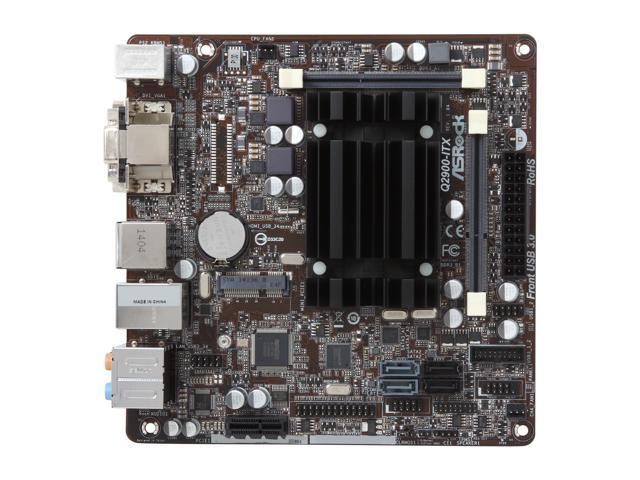 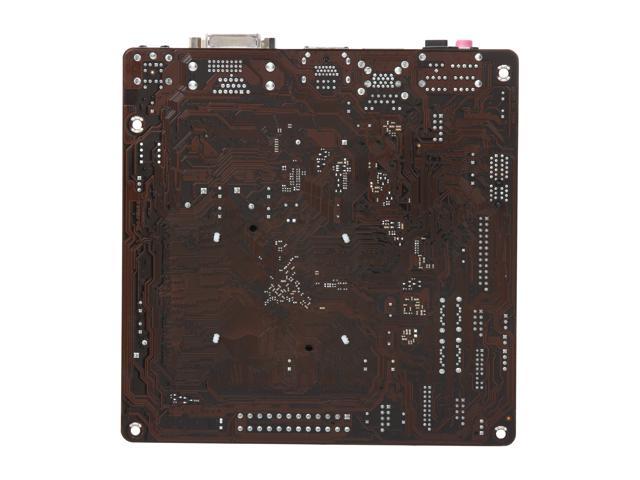 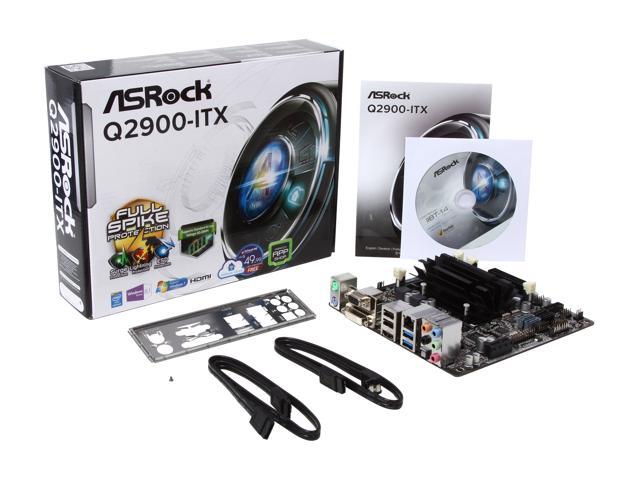 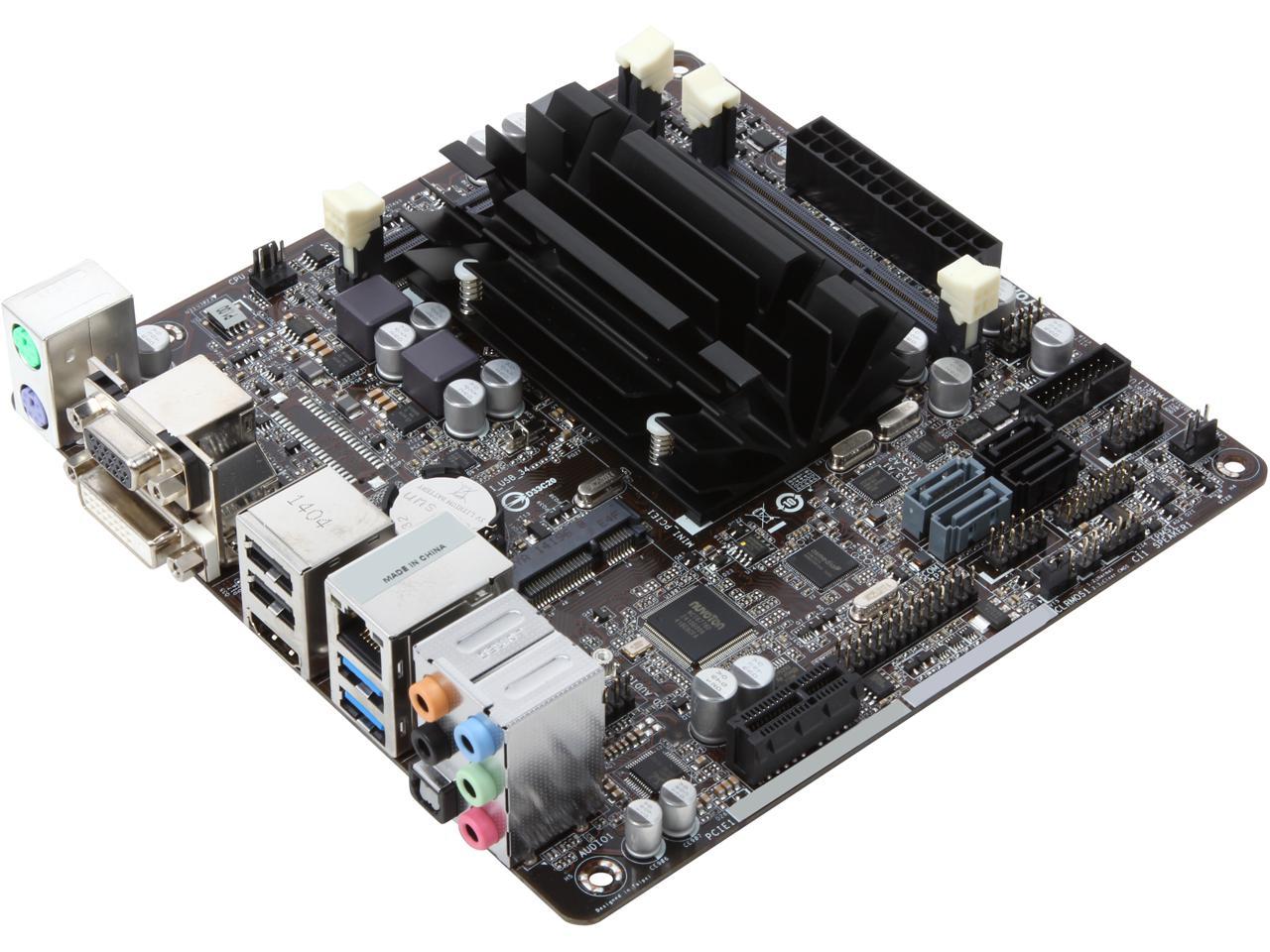 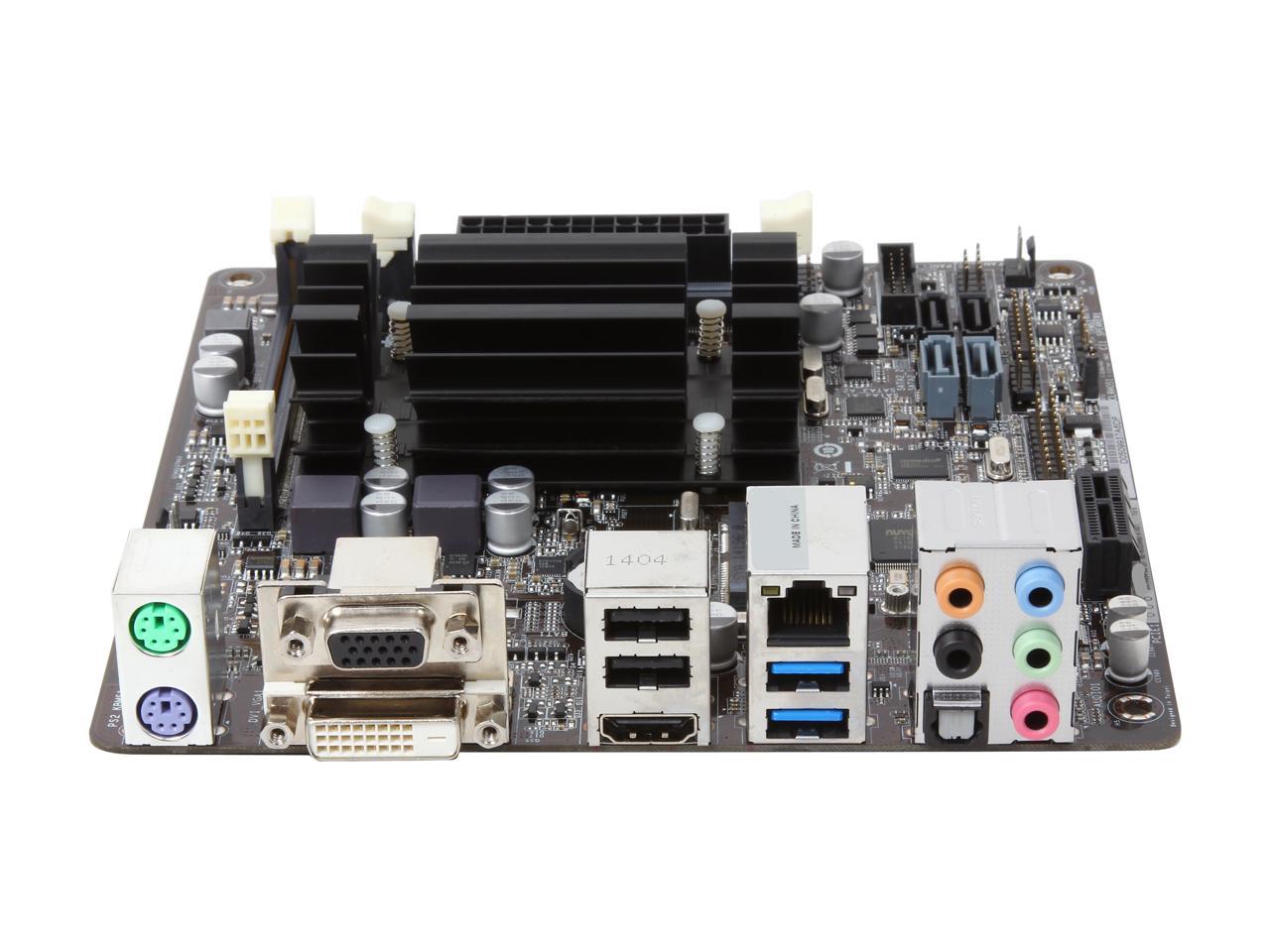 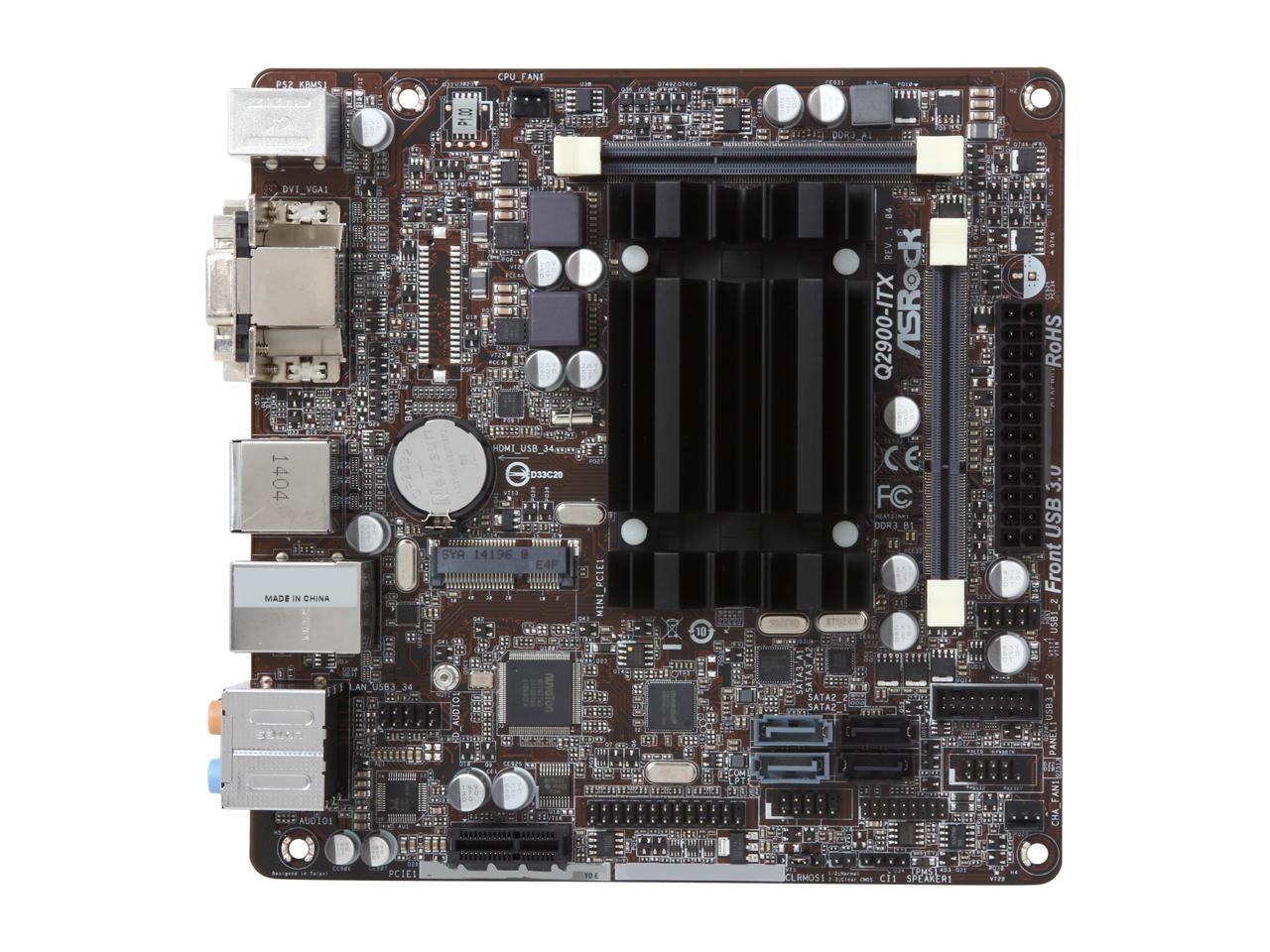 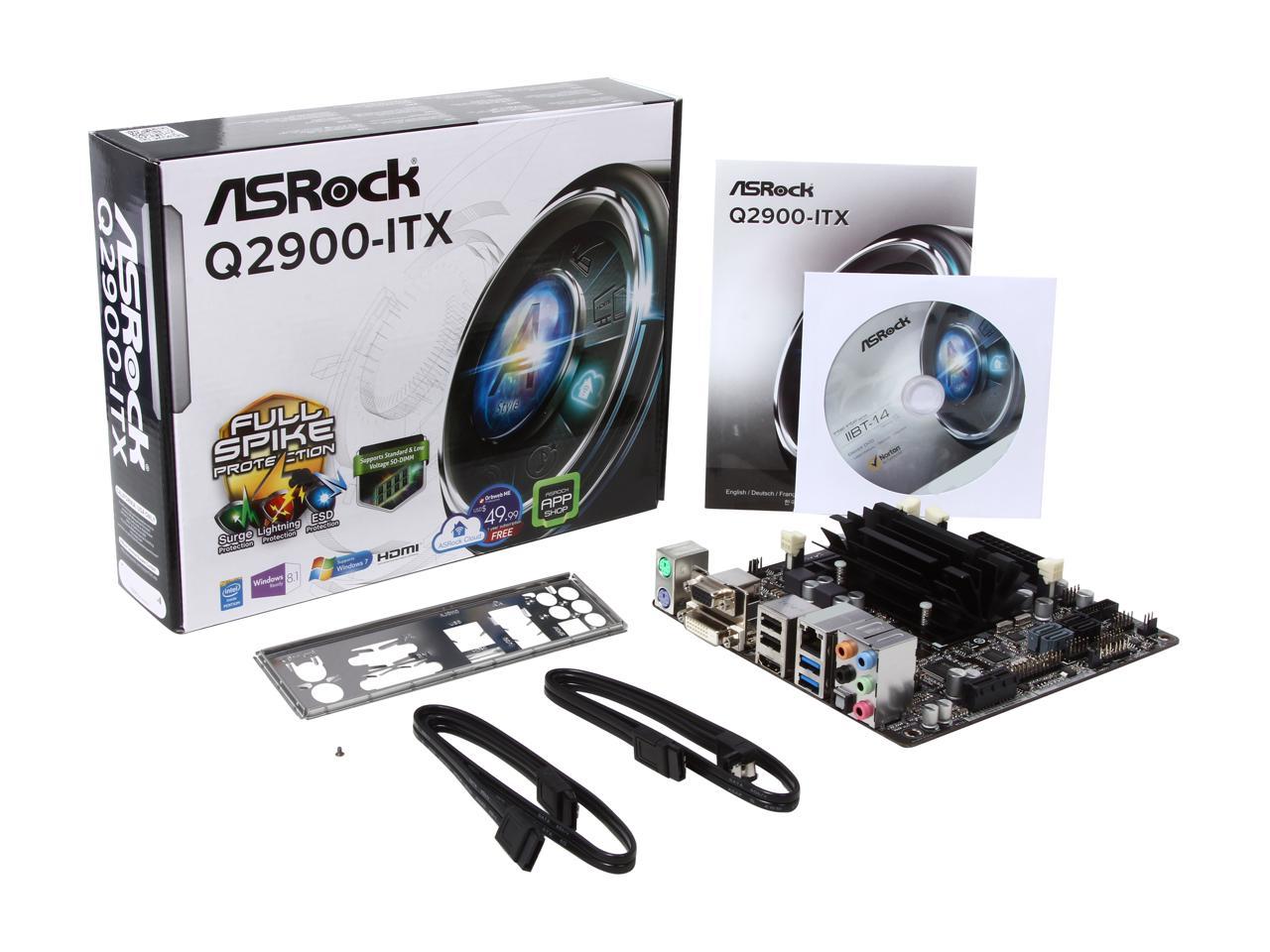 Learn more about the ASRock Q2900-ITX

Pros: I've been using this as the core of 4gb HTPC build since september (5 months) and it has been been a rock. 0 issues, using a Intel Premium 7260 IEEE 802.11n Bluetooth 4.0 - Wi-Fi/Bluetooth Combo Adapter for Notebook/Tablet OEM pack for wireless and bluetooth along with a PS3 BluRay remote. Running XUbuntu and XBMC / Kodi 24/7 with a few Ubuntu hiccups, but so far nothing hardware related.

Cons: SATA II ports are before the SATA III ports. Not a big deal for me: the system still booted even though my boot drive is now "third" (/dev/sdc). I had expected it to be first (/dev/sda). I was going to add a mini PCIe SATA card, but the one I have from the old server is too long. (I didn't realize those cards had different lengths.)

Overall Review: I had been running an Atom 3xx MSI Wind Nettop PC for a fileserver, MythTV backend, and internet appliance. It wasn't powerful enough to run Eclipse, or play back video, not even SD. The J2900 is my new server/backend/appliance, and it runs Eclipse. It has all three drives from the old server, plus a new SSD, yet uses 10 less watts, according to the UPS. Now I don't need to fire up a 120w desktop just to edit code. (Yeah, probably not a big deal for most people.) Running Fedora 21. Idles at ~30w.

Pros: A mini-ITX all-in-one (AIO) motherboard that is fanless and has almost zero power draw. Four SATA ports (two 3 Gb/s and two 6 Gb/s), two USB 3.0 onboard ports, USB 3.0 headers, DVI video, and two DDR3 SODIMM RAM channels give it options that other competing J2900 offerings can't match...and it's not even as expensive!

Overall Review: When it comes motherboards built on Intel's Bay Trail J2900 CPU architecture, there are two choices for mini-ITX AIOs: the ECS BAT-I/J2900 and this board and I have had experience with both boards. The BAT-I, while not a bad first effort, has a range of shortcomings that prevent it from being a truly effective motherboard. It only sports a single 8GB-maximum DDR3 SODIMM slot (something I maxed out on mine). There is a single USB 3.0 port and no way to expand beyond unless you add a PCI-e x1 USB 3.0 card into the single slot on the board. There are only two SATA 6 Gb/s ports on the board (and the PCI-e ASM1061 SATA expansion card I bought to add two more ports did not get recognized by the board). It does not support DVI video, only offering VGA and HDMI out. At release it was $119.99. I used this board to build a new HTPC to replace my Zotac IONITX D-E system, the PSU of which failed shortly before. Conversely, the ASRock Q2900-ITX comes in and manages to one-up the BAT-I in virtually all areas. My father opted to use this board to rebuild his HTPC after his old one had burnt out and wanted a low-power replacement. I have to say he chose well. The two RAM channels ensure this board can take a maximum of 16GB of RAM and also operate in dual-channel mode. Four SATA ports mean you can have more storage (and since two of them are 3.0 Gb/s, you're free to use one for an optical media drive that wouldn't require the 6.0 maximum throughput of a SATA3 port). The board comes with two onboard USB 3.0 ports but also includes the headers to add another two to the front or elsewhere without having to burn up the PCI-e x1 slot. DVI video is supported here, opening up your ability to use more video out formats. The only caveat (and this was shared with the BAT-I) is that the board only supports two additional USB 2.0 ports via headers (but since the board sports USB 3.0 headers that the BAT-I does not, that still gives you greater expansion here). This board launched at $105.99, a $15 savings over the BAT-I while simultaneously being superior. Both boards operate on the included Bay Trail J2900 CPU; a 22nm quad-core CPU that has a miniscule power draw and doesn't require a fan. A beautiful thing that operates both quietly and with a tiny power footprint. The BAT-I introduced me to this platform but ultimately it's the Q2900-ITX that takes home the gold as a superior and considerably more versatile motherboard (with use cases that range beyond simply using it as an HTPC, a niche the BAT-I seems stuck in). Highly recommended if you're in the market for a new HTPC or simply want a low-power build for daily computing.

Pros: Small, silent, low power, 4 cores. I decided to give this CPU/board a try after I used a J1900 motherboard in a PFSense router. I have to say that turned out to be massive overkill (the router). I was more then surprised by this board. It currently runs a Qemu VM server for me and has more then enough power to run multiple XP and Win7 VM's. I've had no incompatibility or stability problems with the board at all. I added 16GB of RAM but it almost never goes above 8GB cause Linux is just better with resource management. The best part is that underload the system uses < 20 watts and barely gets warm to the touch. Most of the time it idles for me around 9 watts (with a VM running). It also works well with a Pico PSU.

Cons: Icky Realtek LAN (Intel PCI-E x1 NIC works perfectly). Could use more SATA ports (what couldn't). It doesn't like to reboot in Linux but it will shutdown without issue.

Overall Review: Replacing the Realtek NIC with an Intel one would be nice but other then that I'm loving the board.

Cons: ah, maybe newegg should have a sale on this board

Overall Review: Its a Great Board... I see some other reviews here of people having problems with them. I have owned 3x of them for approx 6 months now. The first one is my HTPC and I interact with it on a daily basis. The other two are NAS boxes. All 3 boards have been running 24/7 for 6 months with no issues.

Pros: I've purchased 4 of these boards in the last three months and have had excellent results with them.

Pros: Specifications are great on paper.

Cons: Constantly shuts down and restarts at random times after ruling out every single piece of other hardware.

Overall Review: I have been burned buying an ASRock product before but decided to give them another go, I will never buy another ASRock product in my life. I suggest buying a different brand.

Did you find this review helpful?
Manufacturer Response:
Dear Valued ASRock Customer We sincerely apologize for any inconvenience this may have caused you. Please try below to see if its resolved. Remove PCIE card and USB components except keyboard and mouse. Load the BIOS default. Test with single memory on A1 slot. Test with another known good power supply. If you have any technical Support inquiry, please contact us at http://www.ASRock.com/Support/tsd.asp. We will assist you shortly. Thank you ASRock Support Tech Support Email: http://www.ASRock.com/Support/tsd.asp