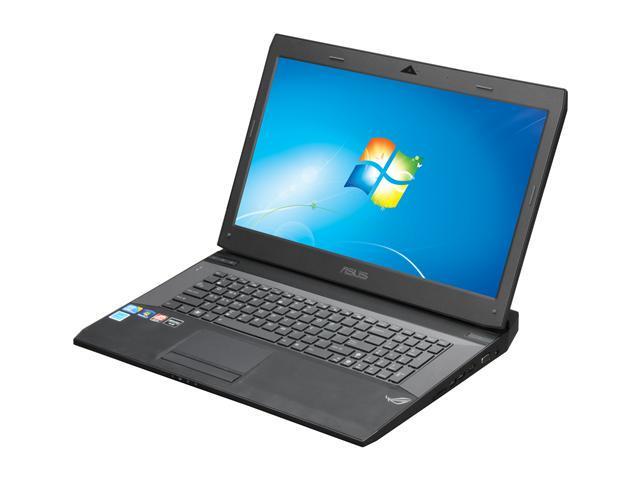 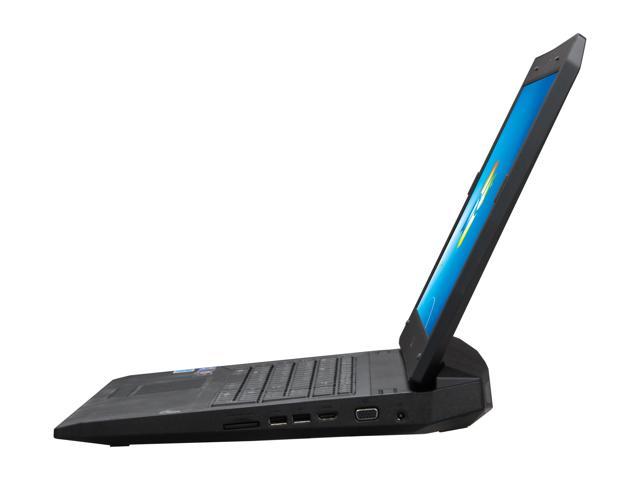 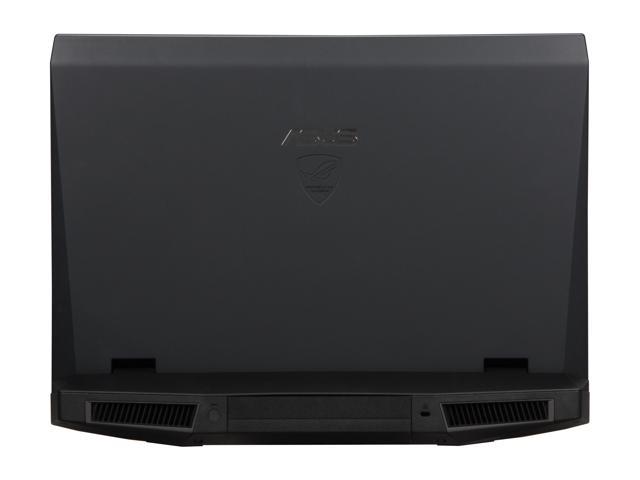 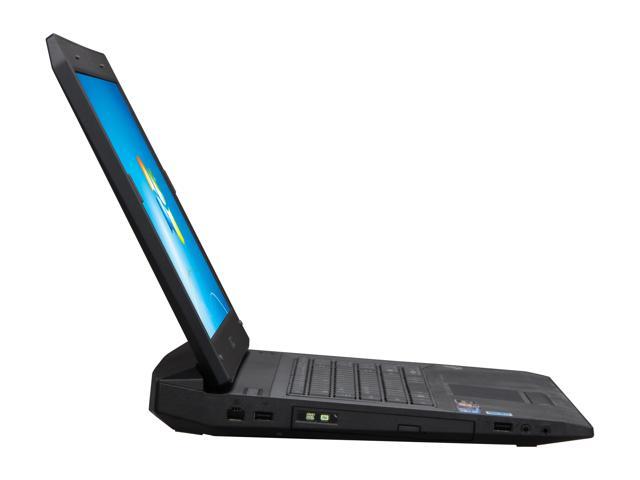 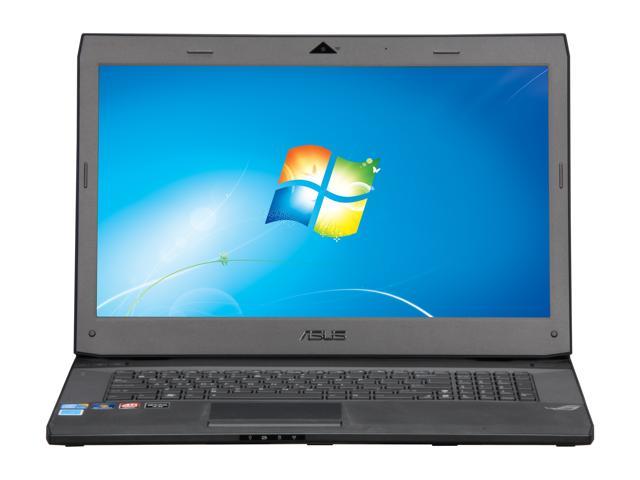 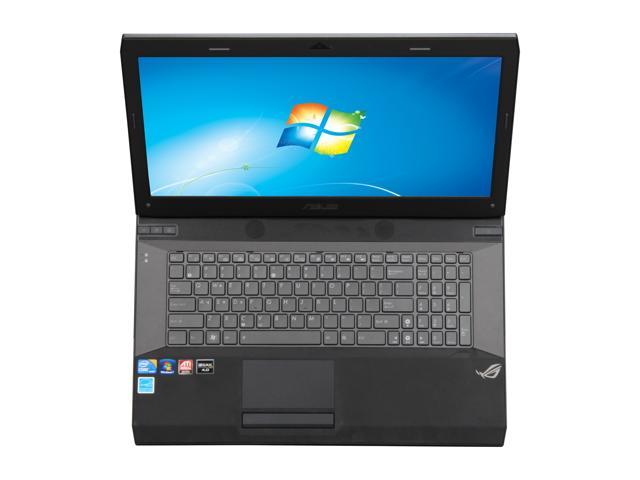 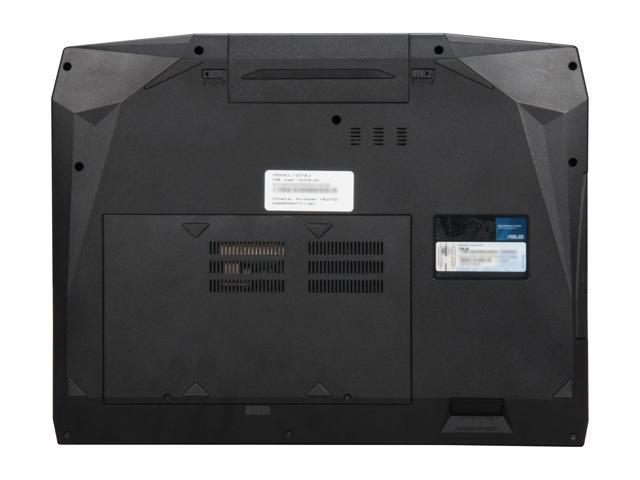 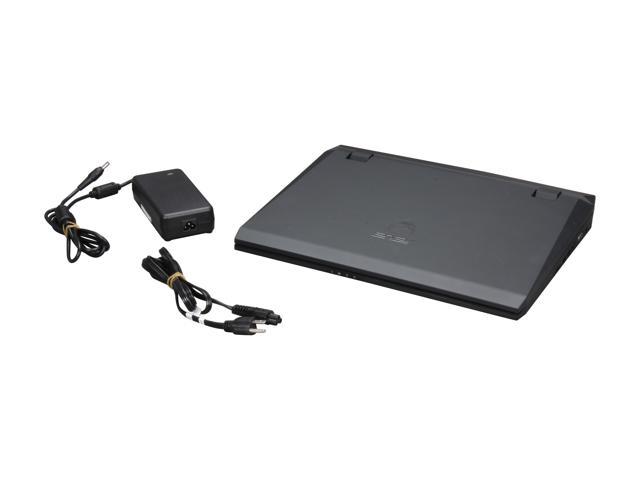 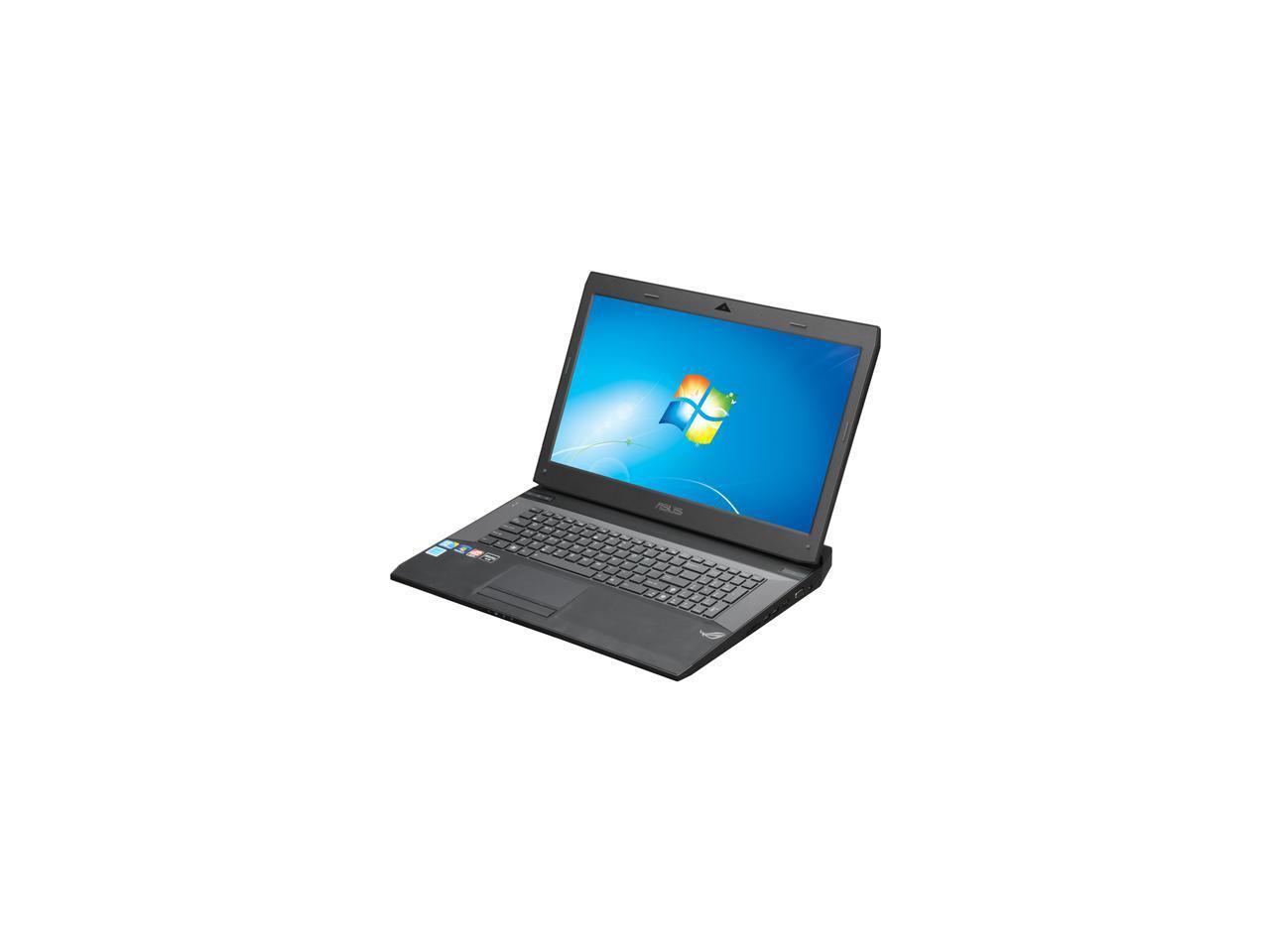 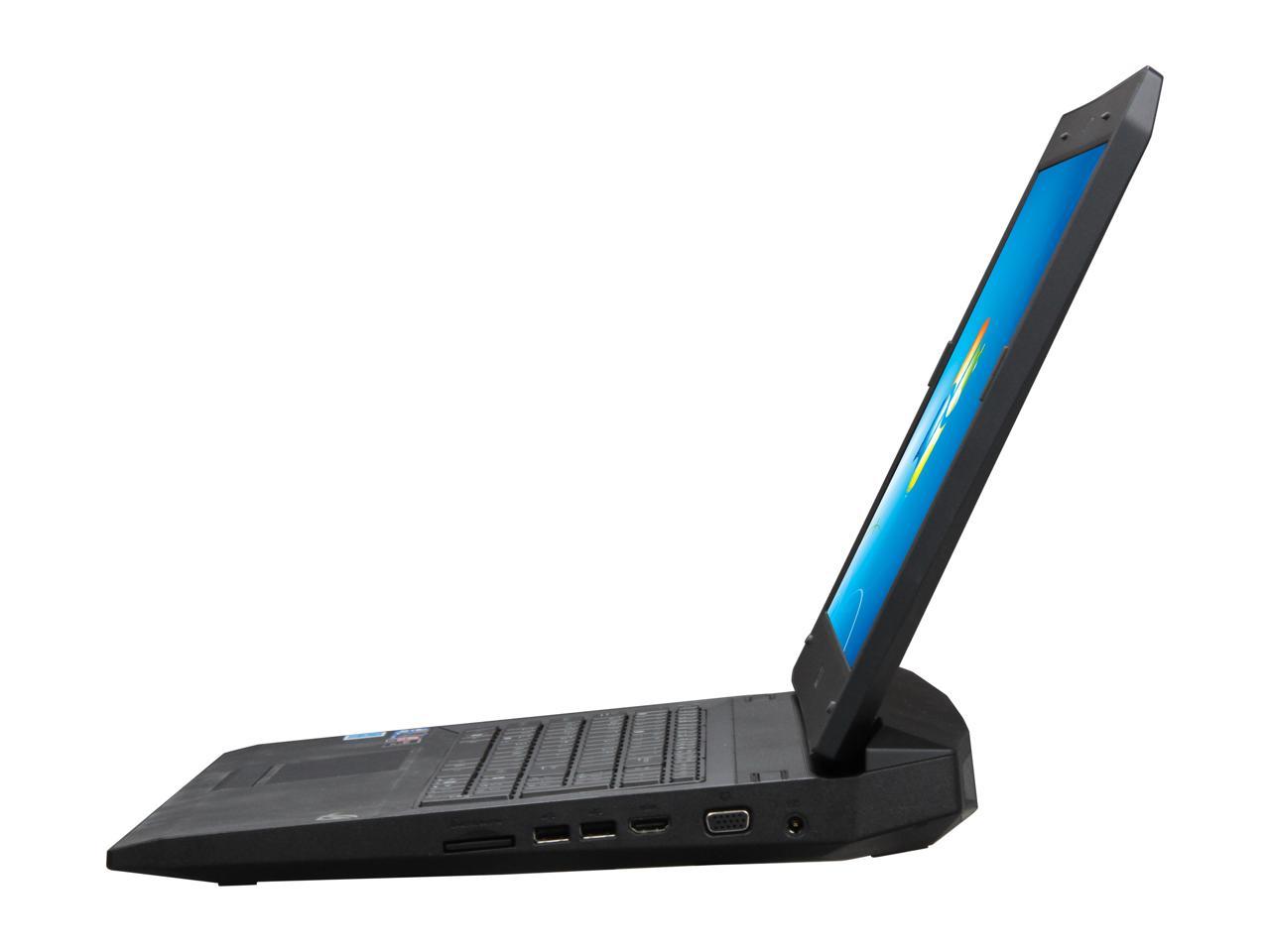 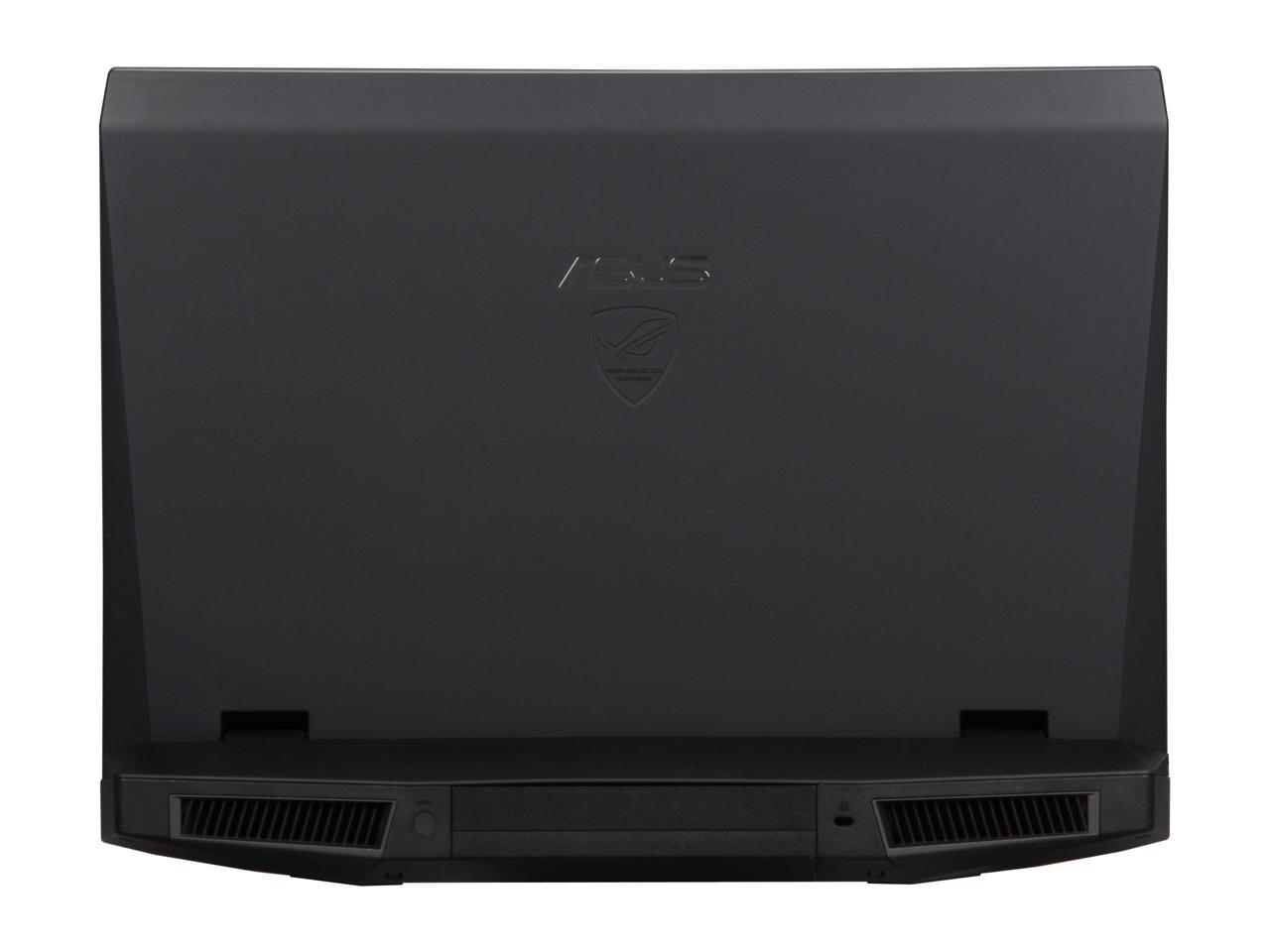 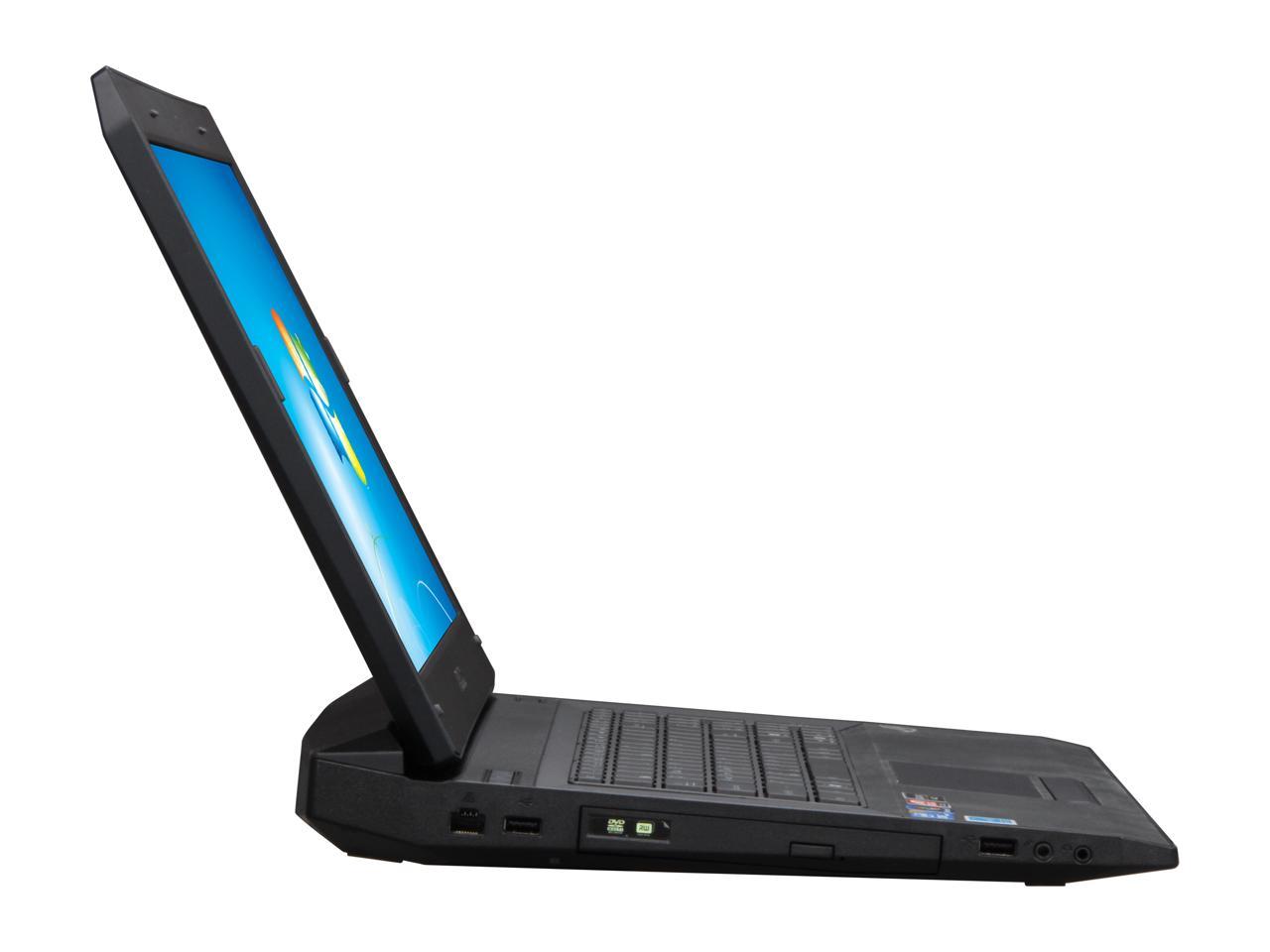 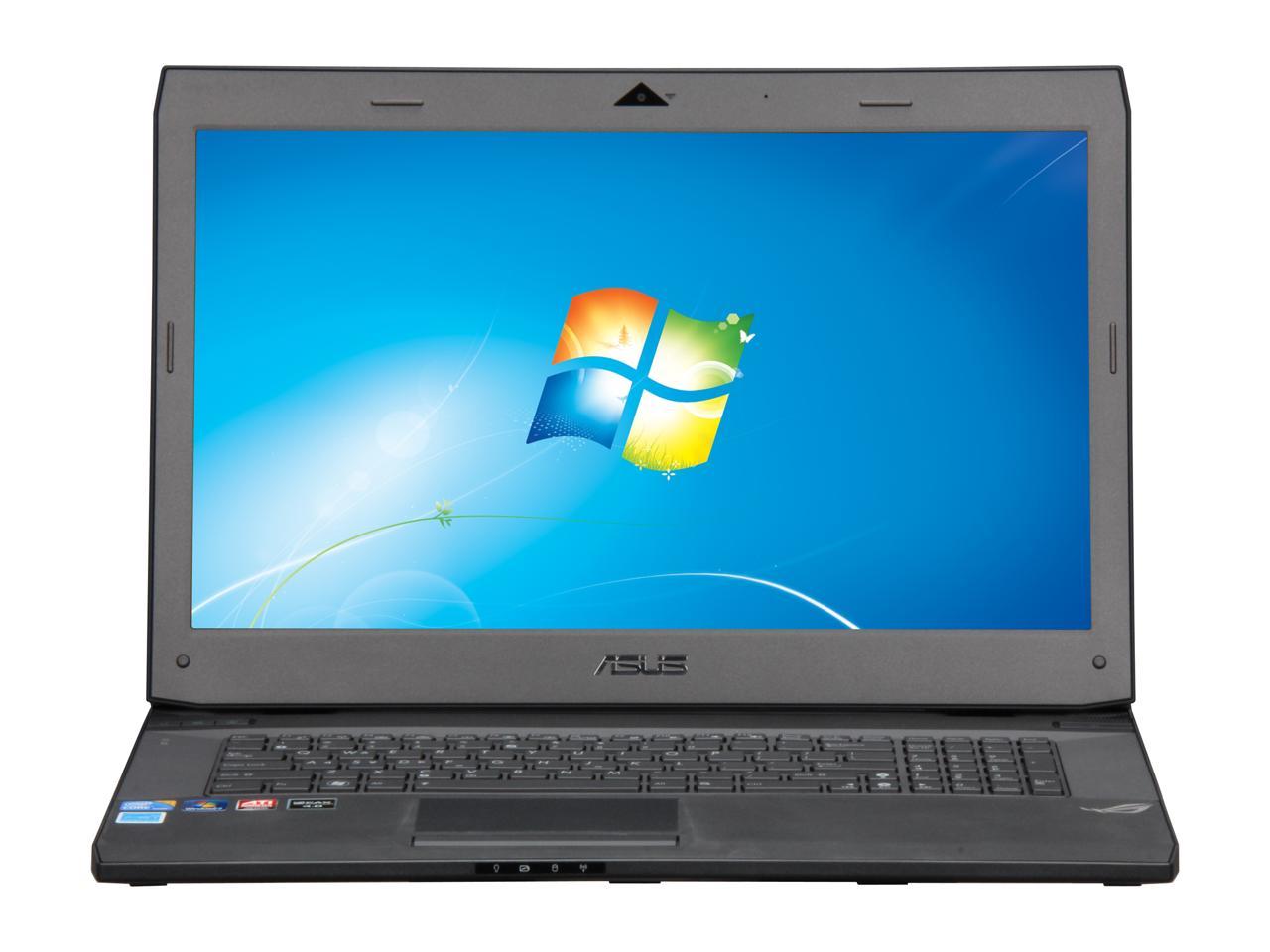 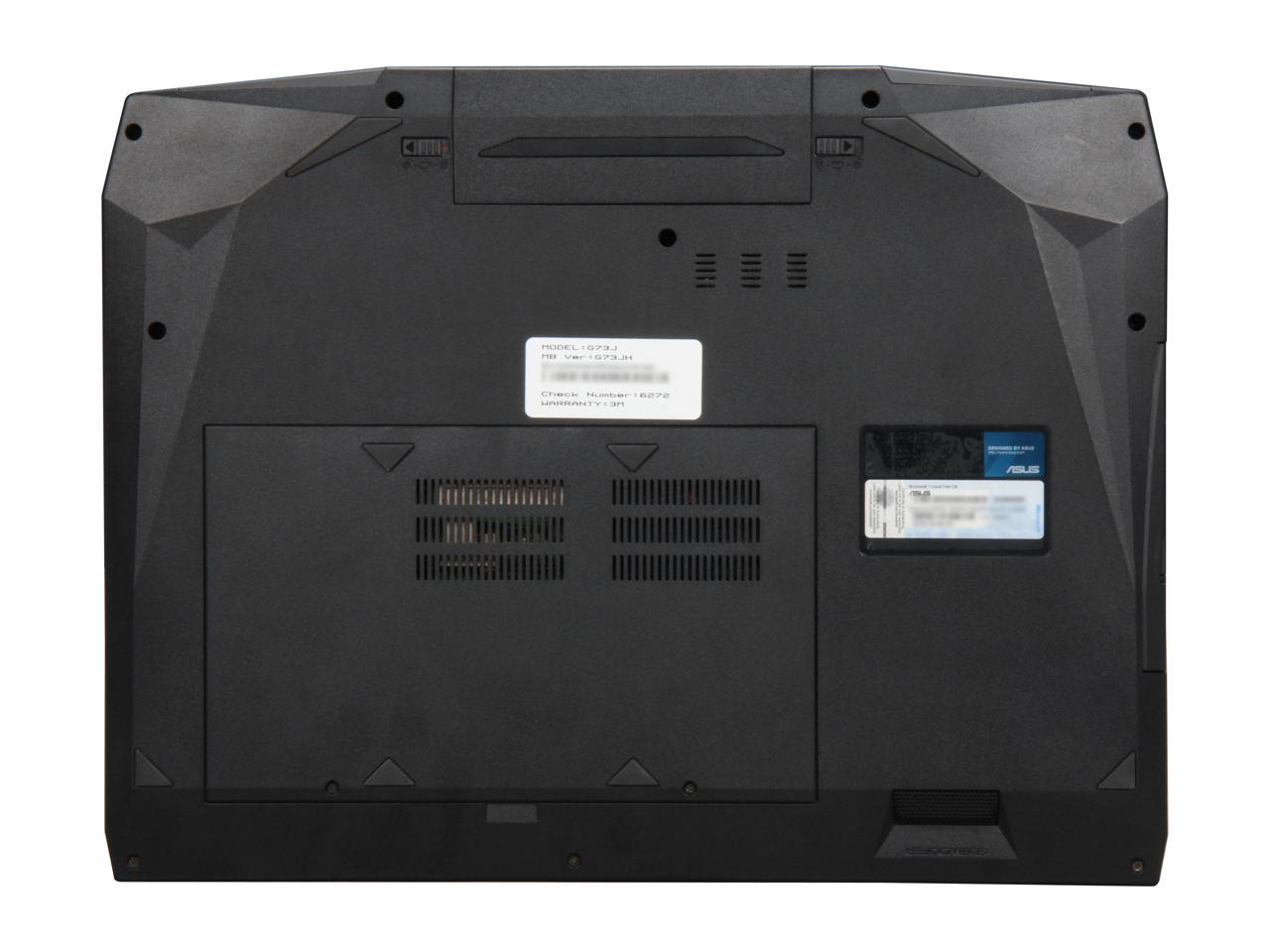 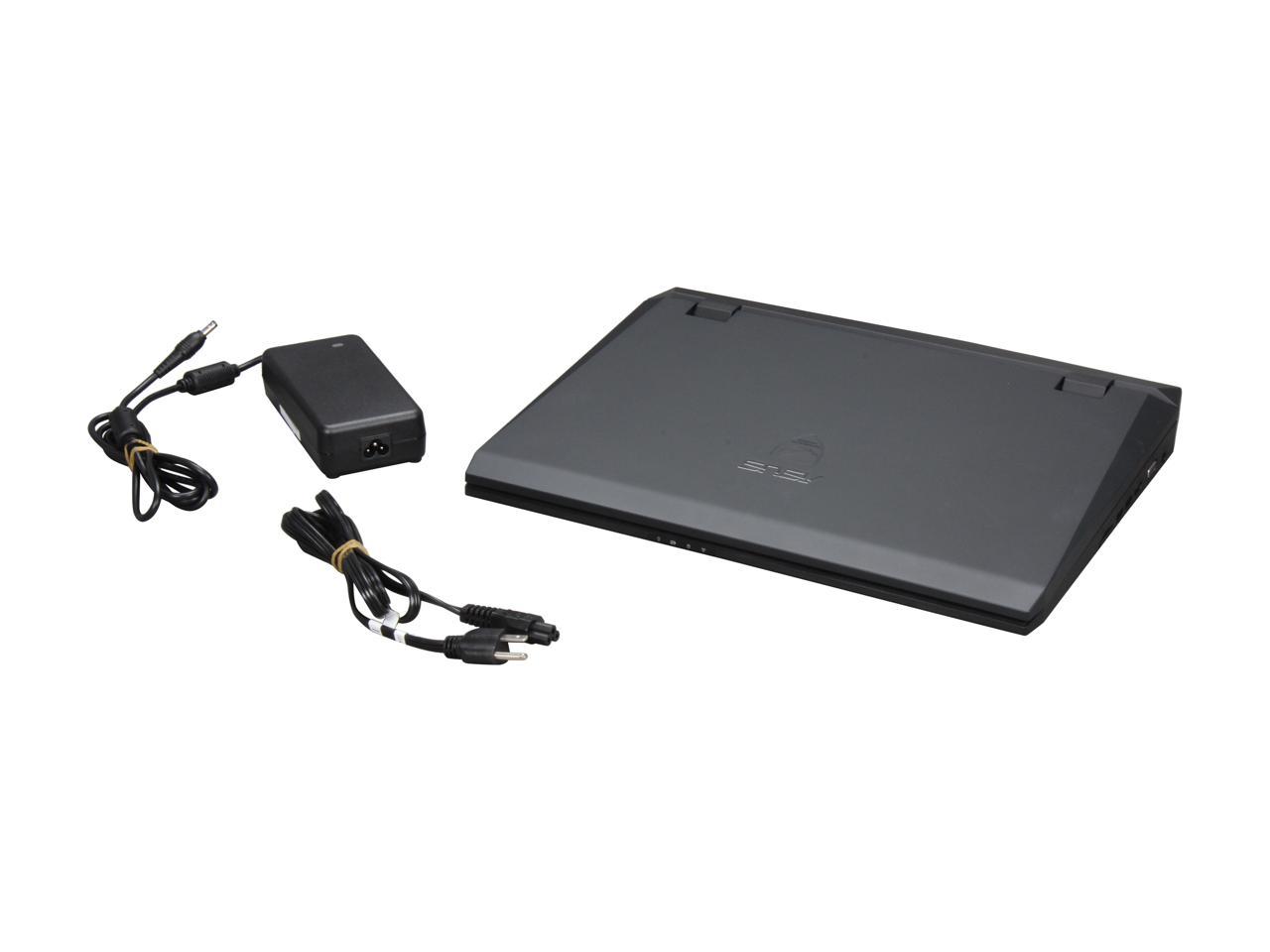 This means the product was tested and repaired as required to meet the standards of the refurbisher, which may or may not be the original manufacturer. Any exceptions to the condition of the item outside the manufacturer’s information should be provided in the listing, up to and including warranty details.
(44) Write a Review
OUT OF STOCK.
Specs
Reviews

Learn more about the ASUS G73JH-BST7

Cons: Only Asus Drivers work for the ATI card. (you cant use normal ati drivers from amd.com) unless you clear the registry and install the drivers inside Provissory Mode after you restart and uninstall any existing drivers. This is a complicated process that takes about 3 times to get it to work.. other than that its a great product. "No Raid" for this model" only G73jh-A1/A2 have this option ASUS only drivers, 5400 rpm HD, and 3 sticks of memory loses an egg for me. sorry 4 stars. Buy New 2x 4gig ram (for duel channel = 5/10% speed boost) Buy 1x 120 SSD (no raid support) Download Drive sweeper to clean registry to install ATI video drivers.

Overall Review: 1) Instal DriverSweeper ( Must be latest version, 2.9 worked ). 2) Uninstall driver with Windows Uninstall Programs. 3) Restart in Provissory Mode tapping "F8" at PC's boot ( after ASUS text on screen and before windows logo ). 4) Start DriverSweeper, select ATI, and click "Analyze" and then "Clear". 5) Don't restart and re-"Analyze". If it didn't find anything, go on. 6) In "Device Management" select "Uninstall" ( not "Deactivate" ) on video card. 7) Restart PC normalmy and install the new driver ( the file is "11-3_mobility_vista_win7_64_dd_ccc_ocl.exe". 8) Restart PC once again, it should all be ok now.

Pros: Fast. This processor and GPU make for an excellent desktop replacement system and great for on the road (providing your on AC power). Build quality is nice, laptop was in great condition when it arrived. No cosmetic damage etc...

Cons: The touchpad had the random "move" / "click" bug, it was consistent and really unusable. I'm guessing this was why it was RMAed initially. ---The Fix... PRO --- Instead of crying about it, I realized I had a high performance laptop at a cheap price. So I opened up the case and removed the "silver tape" from around the track pad (youtube G73JH disassembly)...this solved my touchpad problems. Have been using it HEAVILY for two weeks and not a single issue. While I was at it, I replaced the CPU/GPU TIM with IC Diamond 7 thermal paste, this dropped CPU/GPU temps by about ~10-15C. I also upgraded the RAM to 4x4 GB DDR3 1333. Then I got bored and ordered a 1080p LCD panel and installed it. So I spent a total of $1000 on this laptop. Have a fantastic LCD, more than 2x the ram, it runs flawlessly...and I saved several hundred dollars off of a similarly speced laptop...epic...

Overall Review: I have since added the following: 1920x1080 LG LCD ($110) 4x4GB DDR3 1333 ($70) Repasted the cpu/gpu with IC Diamond 7 ($5) Next: Bluray drive... ~$70 Don't be afraid to take this laptop apart. It is insanely easy and cheap to upgrade. Battery life isn't great, but that's to be expected of this type of performance...so if you buy this laptop and aren't happy with the battery life, you should probably visit a shrink.

Cons: It's as big as it looks.

Overall Review: Comes with PC1333 RAM. Add 4x2 to jump up to 12GB. Combine with SSD and it's just an amazingly fast machine. Be sure to update touchpad driver. Very easy to set up / download drivers. Delivered in near perfect condition. Highly recommend.

Pros: It handles anything you throw at it swiftly and the display is beautiful. Some times I turn the lights off just to see the backlit keyboard. Great hardware, great price, great computer.

Cons: The built in mouse pad is a little off, I read it in reviews and figured it was just people being nit picky, but it is noticably not right, but I don't use it so problem solved.

Overall Review: The thing is huge! don't drop it on your toe, cause they will both break

Pros: This laptop is ridiculous. It's big but you should have done your homework and known about that beforehand. Listen to other owners. As soon as you get this from NewEgg reformat it. Download an ISO of Win7 Home Premium x64 and away you go. Use the OEM on the bottom of the laptop. Google "DRIVER_CD_WIN7_10_AsusG73JH.iso" and download a copy of that. Contains all the drivers you need. Don't install the bloatware. * May need to go to Asus.com and download your appropriate WiFI (WiFi_WiFifamily_WIN7_64_z132030) and WiMAX (Wimax_Intel_WIN7_64_z53010053.zip) drivers. * Update video drivers directly from ATI * Make sure you run the Windows Experience Index in Control Panel>System

Cons: Does not come with a 2nd HDD caddy and purchasing one from Asus is expensive. Problem solved using folded up piece of cardboard.

Pros: I was debating between getting this laptop or a 1080p Sandybridge version and decided to settle on this one because it was 400 dollars cheaper, and honestly, most mobile cards aren't going to be playing the best games in 1080p anyway, and if you're going to game in 1600x900, it makes more sense to get a screen with that as the native resolution since LCD panels have a fixed raster. Anyway, this laptop benches (for games) just as high as an ASUS G73SW-XT1 (which is a Sandybridge model). For CPU intensive tasks, the Sandy will blow this model out of the water, but for strictly gaming, this laptop will perform just as well (but don't take my word for it, there are benches on notebookcheck.net). I love ASUS RoG series, this is actually my second model (gave the wife my G60JX) and it's really performing well.

Cons: As soon as I fired up a demanding game, in this case, Witcher 2, I immediately got a GSOD. I had researched this laptop before purchasing it, so I knew this would be a possibility. After updating the VBIOS on the HD 5870, everything is fine, but still, the end user should NOT have to do this. I would suggest that ASUS/NewEgg handle this at the factory to avoid inevitable RMA's that will occur because people complain the system crashes while gaming. Other negatives include EAX not working. I had this same problem on my G60JX, the Creative Software will either not install, or install but not display the special features like CMSS/EAX. That said, the audio sounds just fine without it thanks to the subwoofer this laptop has. Laptop also comes with a pretty ridiculous amount of bloatware, more than most "best buy" laptops.

Overall Review: I gave it 4 eggs instead of 5 because forcing a user to install a new VBIOS to even make the laptop usable is unacceptable. I love ASUS' products, have 2 laptops from them, an eeePC, several motherboards, and soon possibly a tablet, but they dropped the ball on this one. Finally, the keyboard and touchpad aren't exactly bad, but they are worse than on the G60JX I own. The touchpad is difficult to use (but I guess so long as you use a mouse this isn't a huge deal), and the keys don't really feel quite as nice as they did on the G60JX. Overall, I'm quite happy with this laptop, but I really wish ASUS would work out the VBIOS issues for other potential owners in the future, as well as fix whatever the problem is with their Realtek Audio chips that prevent them from working properly with the Creative software. This is the second ASUS laptop I've owned that has failed to work correctly with the Creative software suite.

Pros: Amazing price. I originally purchased this laptop back in April 2010 because of the price and specs. Other positives are: -Design -Backlit keyboard and overall feel of the keyboard -facial recognition login -The power of the HD5870M Overall of the Pro side I would say that this laptop is worth the purchase but be aware of the problems I have had below. - Never had a BSOD. - Movies look and sound great. - Very light weight design for a "Gaming" laptop - They don't mention this but you get 2 HDD slots.

Cons: The problems I have personally had with this laptop are what stick out the most with me and this laptop. -Overheating... I did not use any kind of cooling pad and while playing Star trek online via HDMI to a 24" monitor the laptop turns off the HDMI port and blacks out the monitor after approx. 10 min of play. (Keep in the mind this is with very high settings.) This also occured when attempting Eve Online with multiple clients on very low settings. This laptop can get Very Hot when you push it to the extreme, I highly recommend a cooling pad atleast. -Locking up, After Playing Mass Effect 1 90% through a particular mission caused the laptop to lock up every single time. I don't know if there used to be an issue with Mass Effect and the HD5870 Video card. I did not see this problem with Mass Effect 2. - During Random moments in long gaming sessions the desktop would lock up, I would say this occurs approx. once a month.

Overall Review: Overall I would say that I was more excited about this laptop when I first Purchased it than I am now. There are some aspects to this laptop that over the past year has concerned me such as the overheating issue that turns off my HDMI port. I have never really been impressed by the 1600x900 resolution but I accepted that assuming that I could port it to a higher resolution monitor and be ok, I feel that because that doesn't want to function correctly I propably should have waited and purchased a higher model G73 series laptop. I personally love anything ASUS they are a great and amazing company. Most products they made are far better quality then most other products so I still recommend this laptop just be aware of its faults.

Pros: For what I paid for this thing, it runs great. Runs most games on Best settings with decent frame rates.

Cons: The HDD is slooooow, and I mean SLOOOOOW, I usually load last with my clan when we game in bad Company 2, due to the HDD speed, and it makes installing games take a long time too.

Overall Review: good for the price, just replace the HDD!