Purchases from these Sellers are generally covered under our Newegg Marketplace Guarantee.
8,595 Ratings (88% Positive)
Sold and shipped by: NothingButSavingsContact Seller
Ships from United States.
8,595 Ratings (88% Positive)
On-Time
Delivery
91.02%
Product
Accuracy
92.99%
Customer Service
Satisfactory
88.85%
View All Seller's Reviews
This item is currently out of stock and it may or may not be restocked.
Out of Stock
Add To Wish List 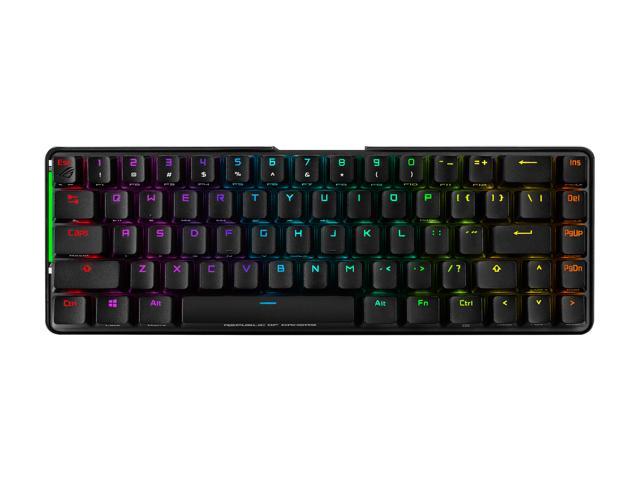 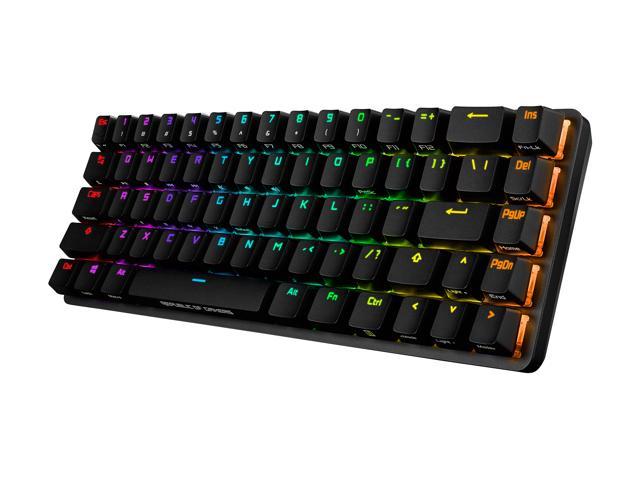 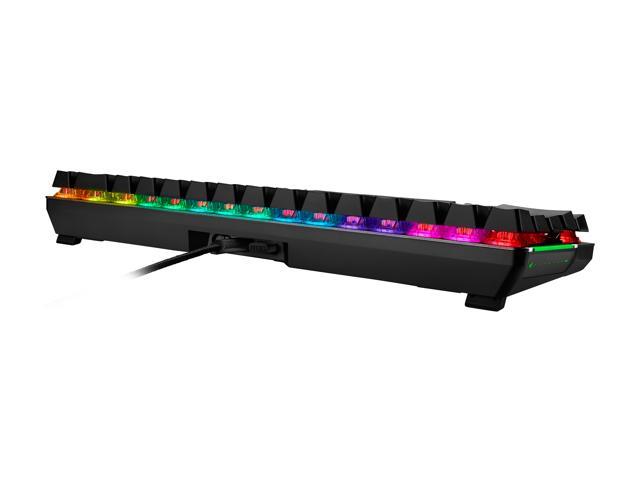 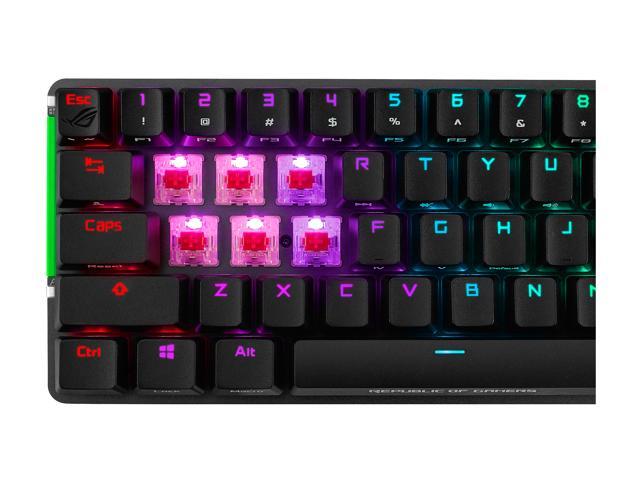 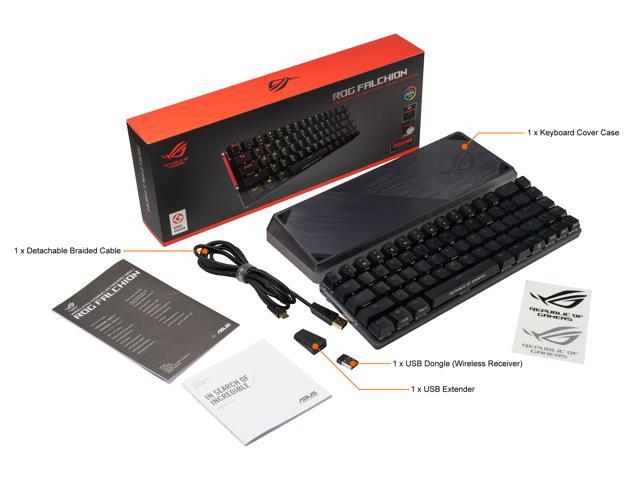 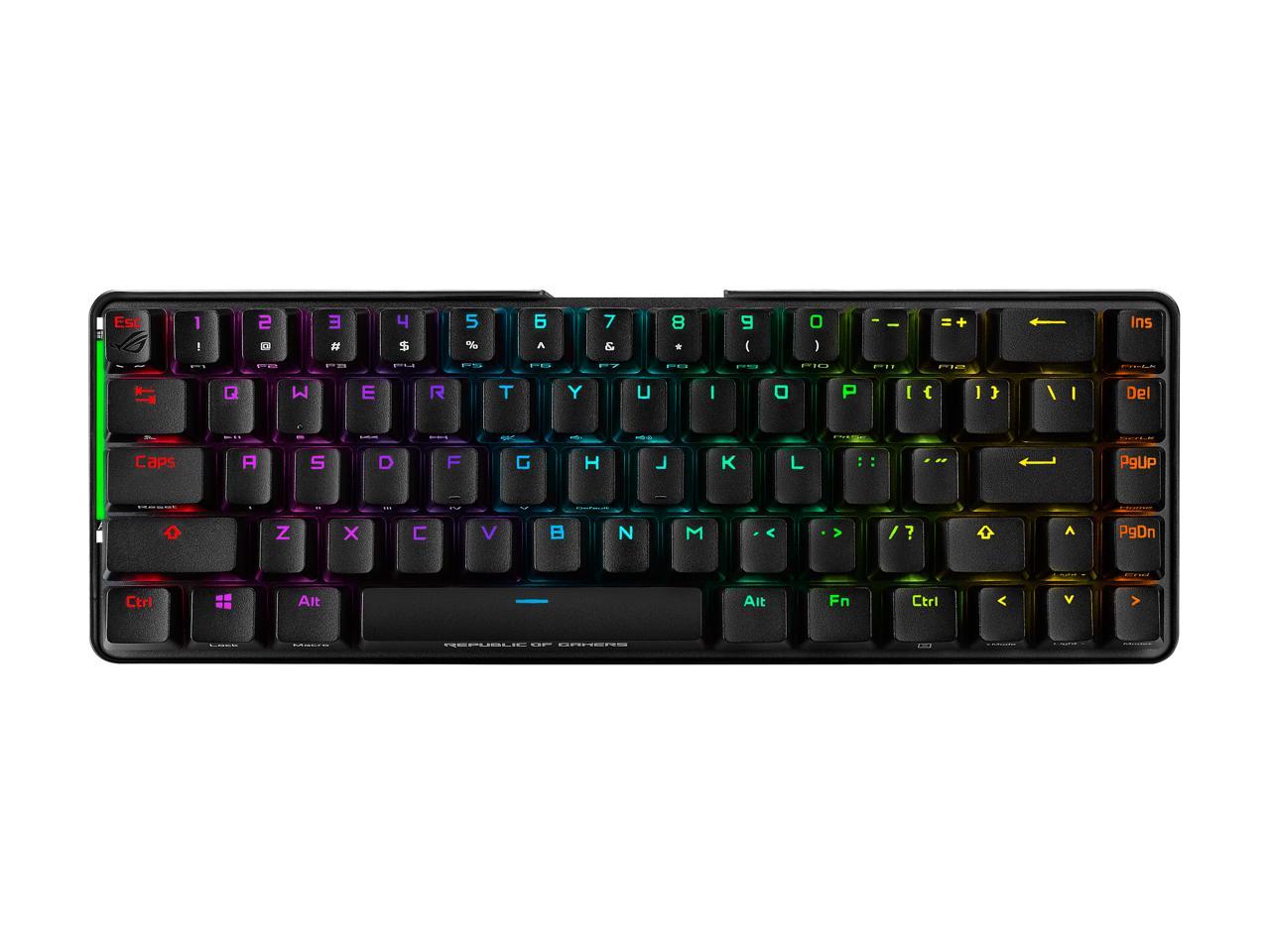 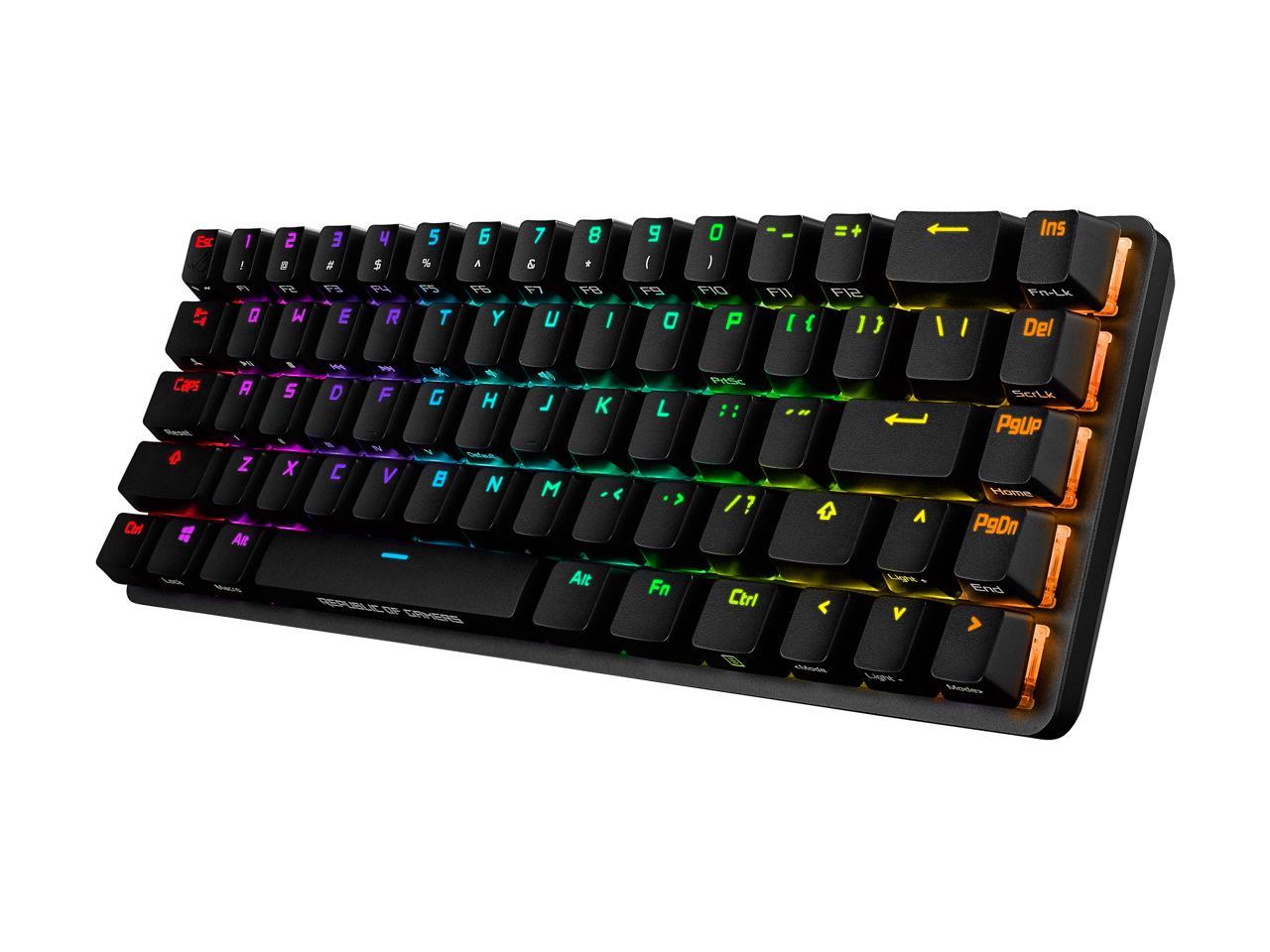 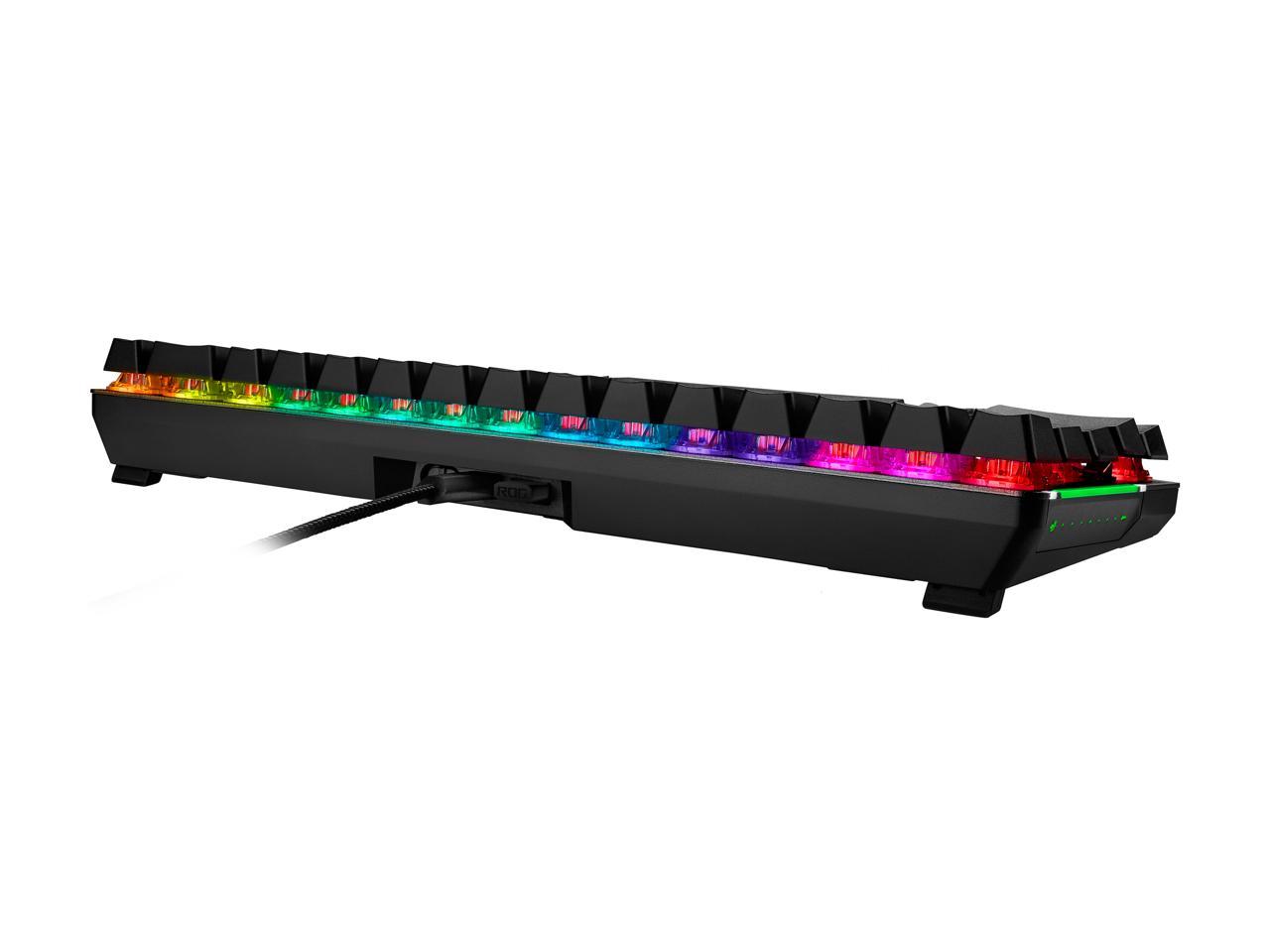 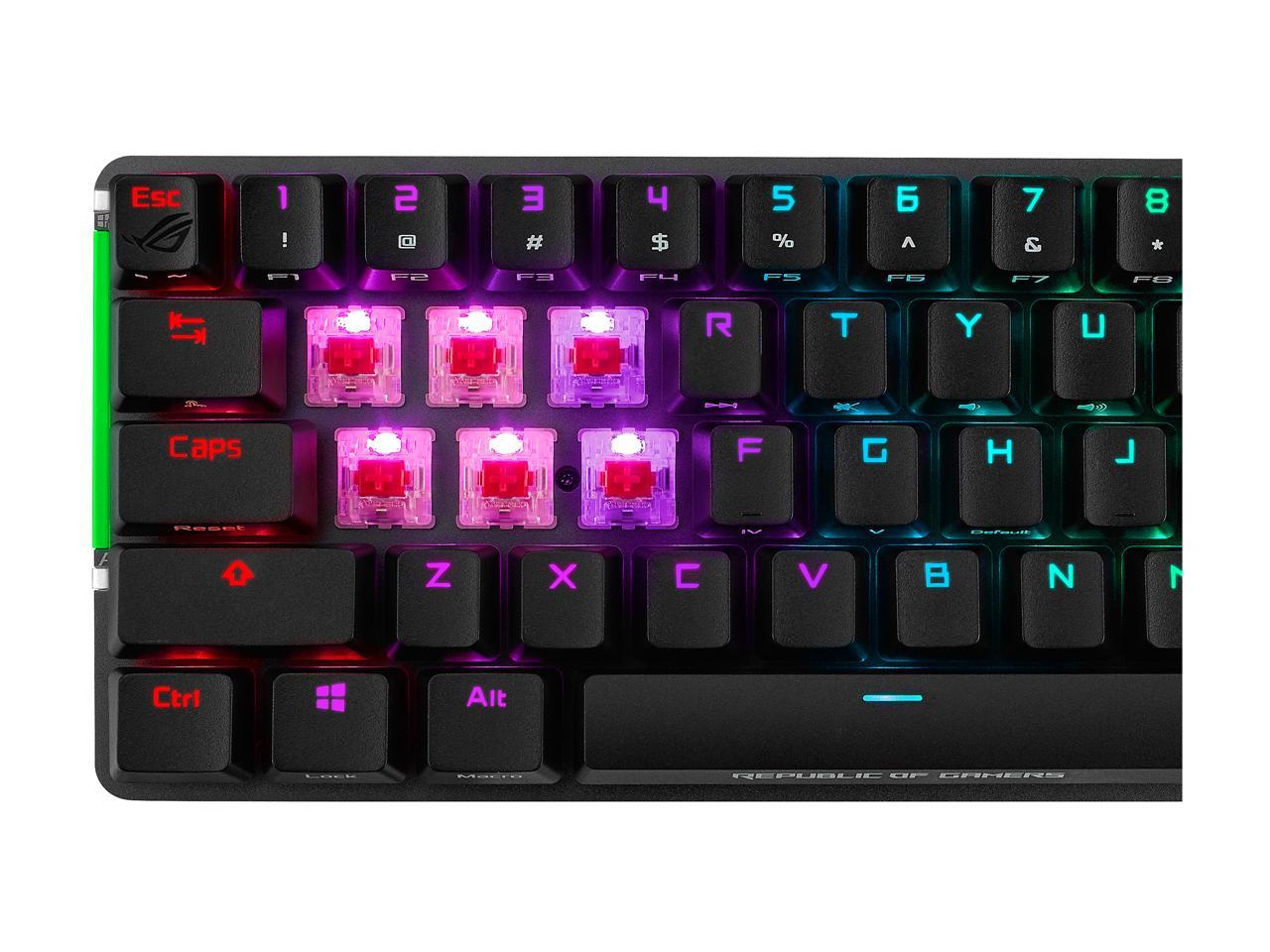 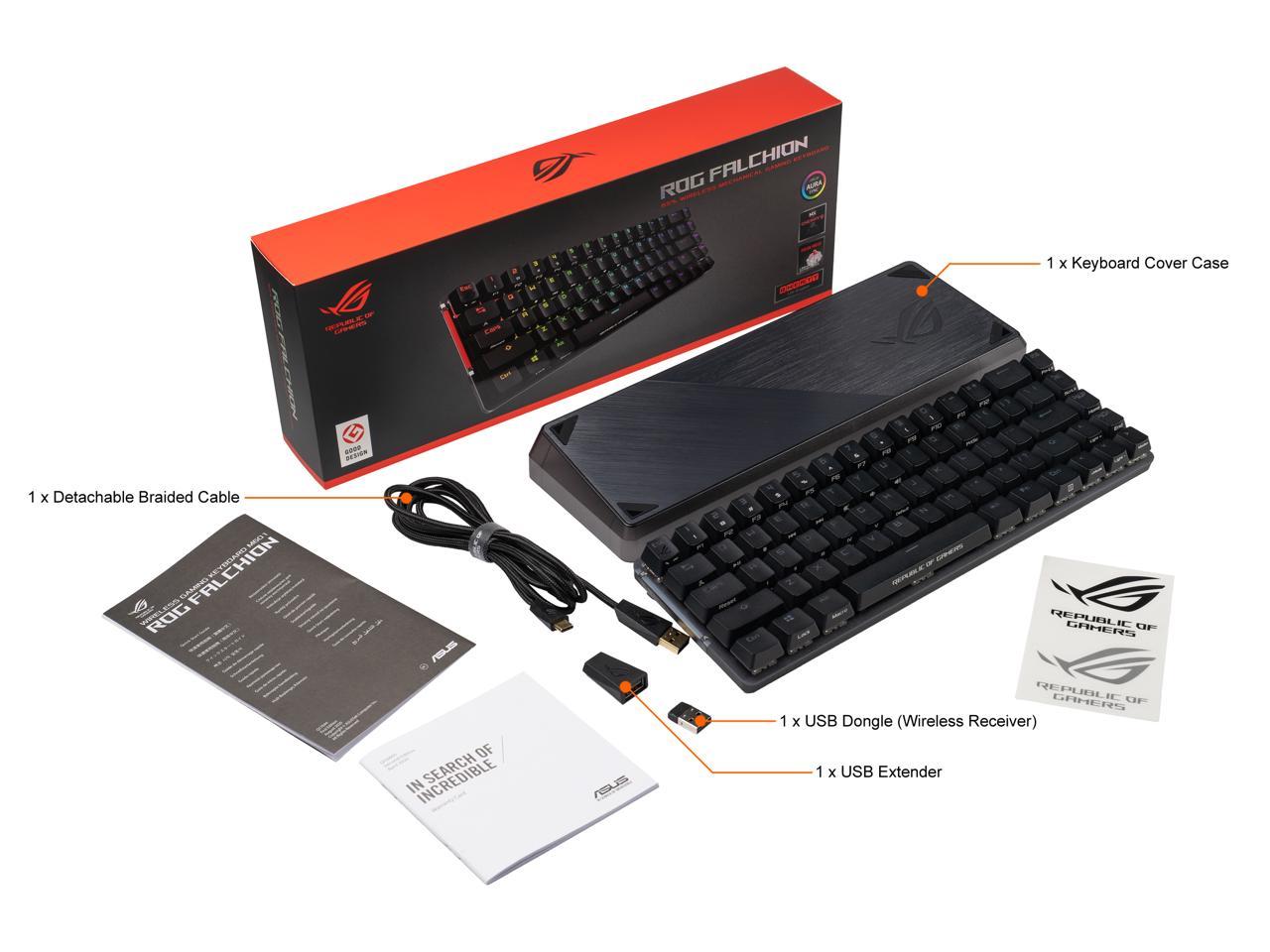 Learn more about the ROG Falchion

Cons: Very crammed on typing but other than that great keyboard

Overall Review: I would highly recommend this to anyone who is looking for a light compact keyboard for their pc

Overall Review: Bought as a small, unobtrusive, but capable keyboard to run my living room PC for mostly media and occasional gaming. Got tired of the dropouts of my cheap bluetooth keyboard. I have been incredibly happy with the purchase so far. For basic keyboarding, it has been perfectly responsive and quick. No delays or dropped inputs even across the room or shoved into my lap blocked from the receiver. Keys themselves feel great from a switch perspective, no complaints. 65% was really the perfect layout for me for this application as i wanted to keep arrow keys to avoid rebinding my normal controls for VLC, but its still an incredibly small footprint without having to shrink the layout itself. It's extremely space optimized, no unnecessary bezels/borders. It's also a tank, impressively rugged, and battery life is more than plenty for my needs, i haven't even put a dent in it after a couple weeks. The little dust cover that sits over it protects it for days it isn't in use and cleans up the look of my entertainment center nicely, and it just sits in the cover while I use it. It's just a little thing that most people probably wouldn't use but in my scenario it's fantastic to have. The side programmable media control is WAY more responsive and accurate than i expected it to be. I've left it on volume control and it does its job fantastically. And of course USBC for charging means i need no extra cables beyond what i already had, once it finally gets low i'll just toss it on one of the cables in the entertainment center to charge over night. So yeah, TLDR good keyboard on its own merits, very small, well built, 65% layout, long battery, VERY robust wireless signal, genuinely useful/usable gimmick side touch pad, and understated aesthetics with the cover on that won't stick out too much. If you need all or most of this i don't think you'll find much better on the market. I'm personally of the opinion that 65% keyboards offer enough functionality over 60% for general use that they should be the more common keyboard type but that doesn't seem to be the case. And considering how well space optimized this board is it still manages to end up with a smaller footprint than a lot of 60% keyboards. I don't think anyone shopping in the market for a high tier wireless 65% would go wrong picking one of these up, even if you don't plan to use the extra gimmicky features, it's still just a really good keyboard on its own.

Pros: The charge time is pretty fast and the battery lasts long. The red linear switches are nice and smooth. All around pleasant to use.

Overall Review: Really great keyboard would recommend you also pick up a wrist rest while your at it as the base is pretty thick and is a little uncomfortable to use without one

Pros: Just what I needed.

Overall Review: Worked great for what I needed, size and performance.

Pros: Looks amazing Not loud at all

Cons: I'm having a slight issue when my pc sleeps and wakes up while I'm using it wirelssly. Only sometimes it won't connect which is solved simply by turning off then back on. Not a big deal.

Overall Review: Kind of pricey but looks great to my all asus rig

Pros: Best gaming keyboard that I have used. Love the feel of it.

Cons: Worst software ever, be prepared to update the , then being told it could update. Best thing I have found is to reinstall it.

Overall Review: Got it, but be prepared from awful software.

Overall Review: Great product once again from ROG. The battery life is amazing along with the switches and case cover.

Pros: I love the hard cover than can also second as a lower cover/support when in use. The touch panel on the side is very useful, I wish more keyboards had this function on the side.

Cons: I haven't had it but for a few days and one of the keys is nonresponsive to AURA Sync. It's just stuck on white while the keyboard is turned on, and no mater the updates and computer restarts I can't correct it. It's just always on. Also FN Lock doesn't respond at all, why put a key function that you can't utilize. The keys are unfortunately loud, which wasn't anticipated.

Overall Review: Maybe I just got a fluke, but I'm pretty bummed that not even a day's worth of use it's showing issues and I'm not sure if I'm looking to refund or exchange. I love Asus products, this is the first issue I've come across... aside from the random LED issue, I'm not pleased with the noise of the key strokes and I'm a soft typer.

0 out of 1 people found this review helpful. Did you?
Manufacturer Response:
Dear Valued Customer, We certainly understand your disappointment and the inconvenience this may have caused you. If the keyboard is not working properly, please verify if the computer fully-support the device. If it does, please ensure that the PC is running with the most current chipset driver. If you further assistance with the product, please email me at cl-rodel@asus.com and I will be more than happy to help. Or, call Product Support Hotline at: 1(888) 678-3688. Also, you can chat with an ASUS live support agent at http://bit.ly/AsusLiveChat. Thank you for choosing an ASUS product. Regards, Rodel ASUS Customer Loyalty