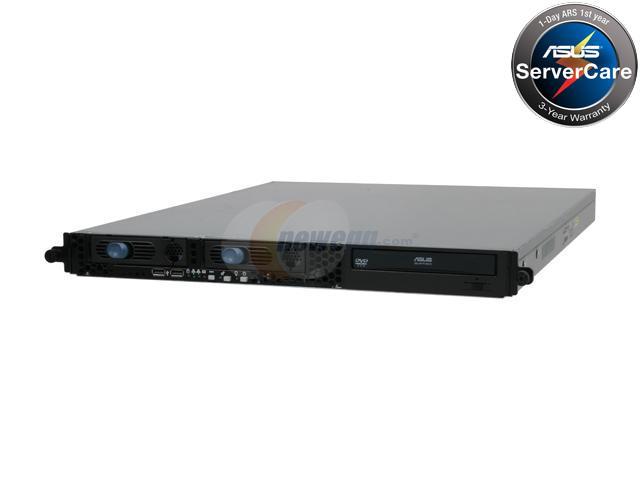 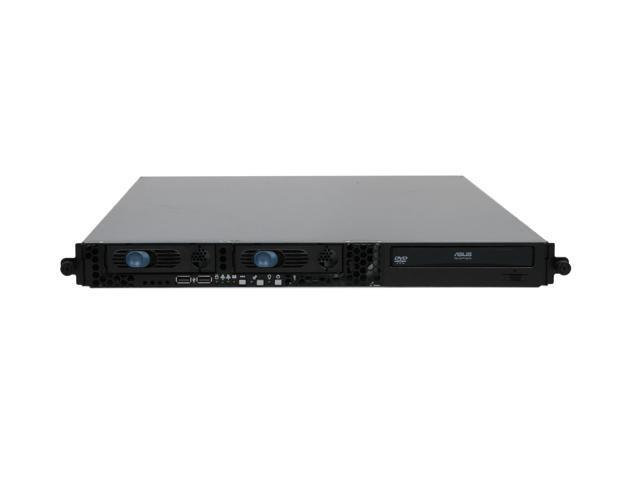 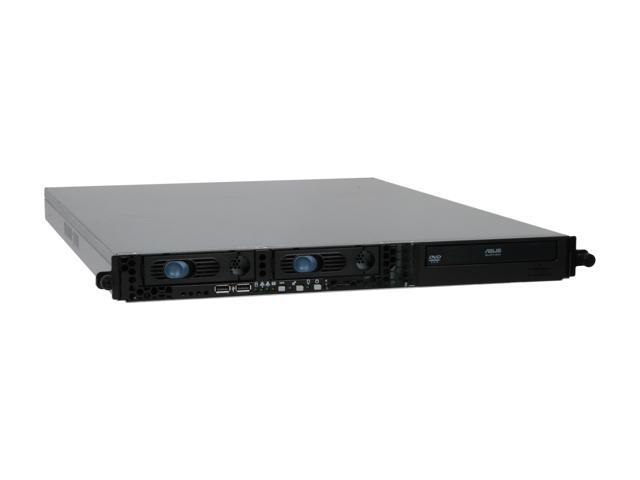 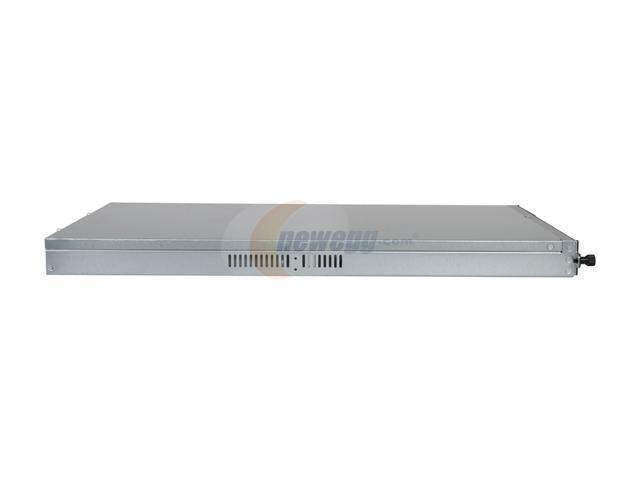 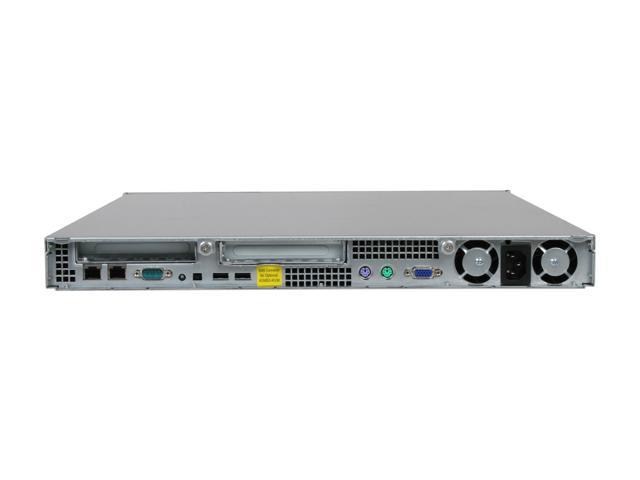 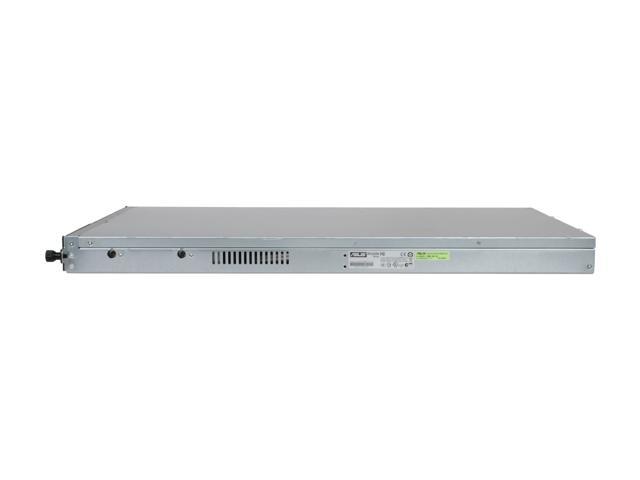 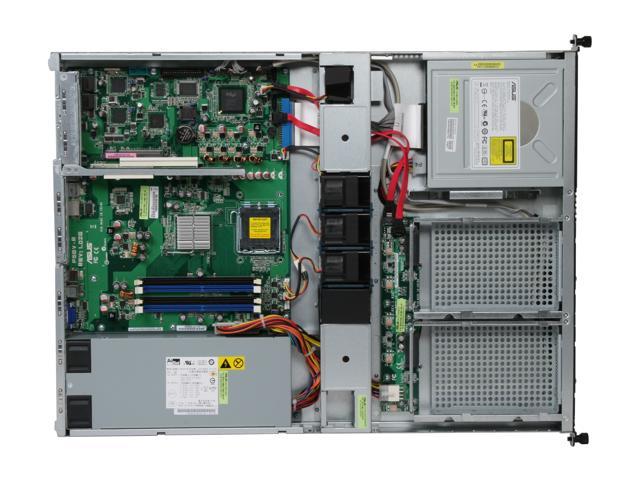 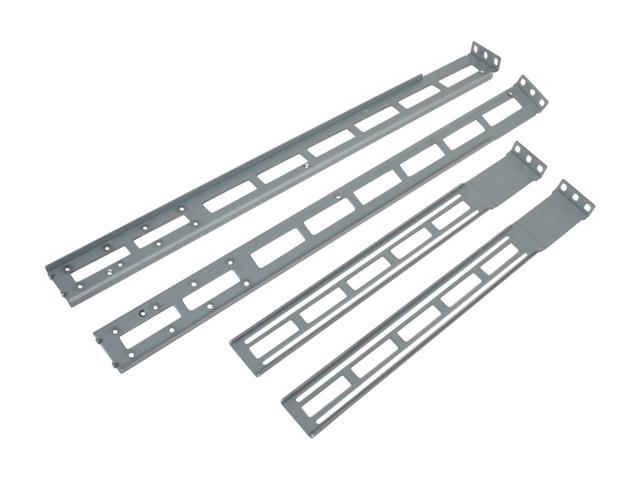 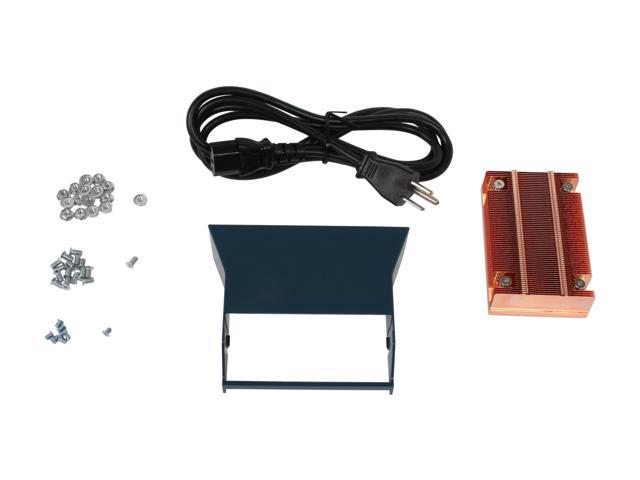 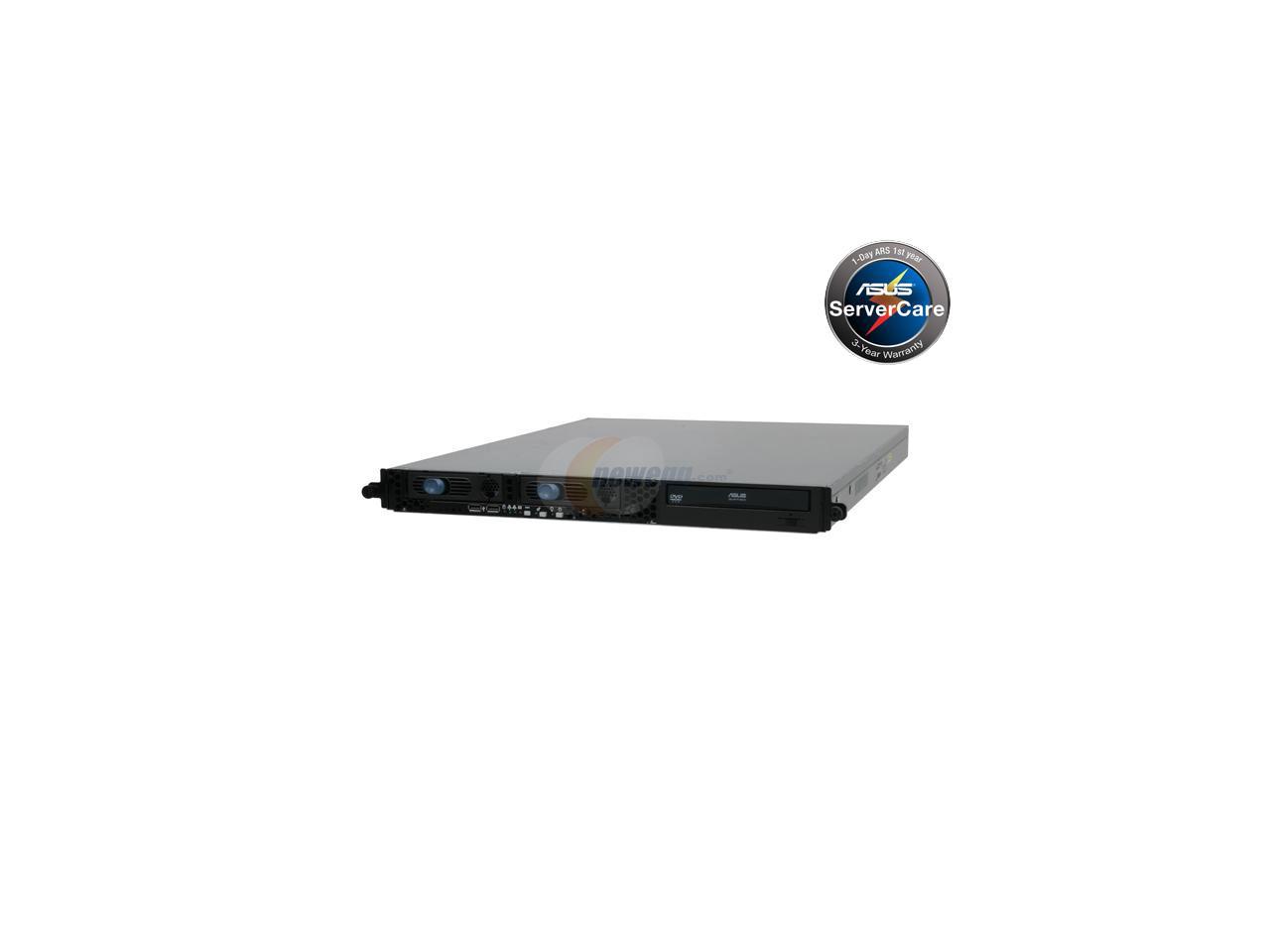 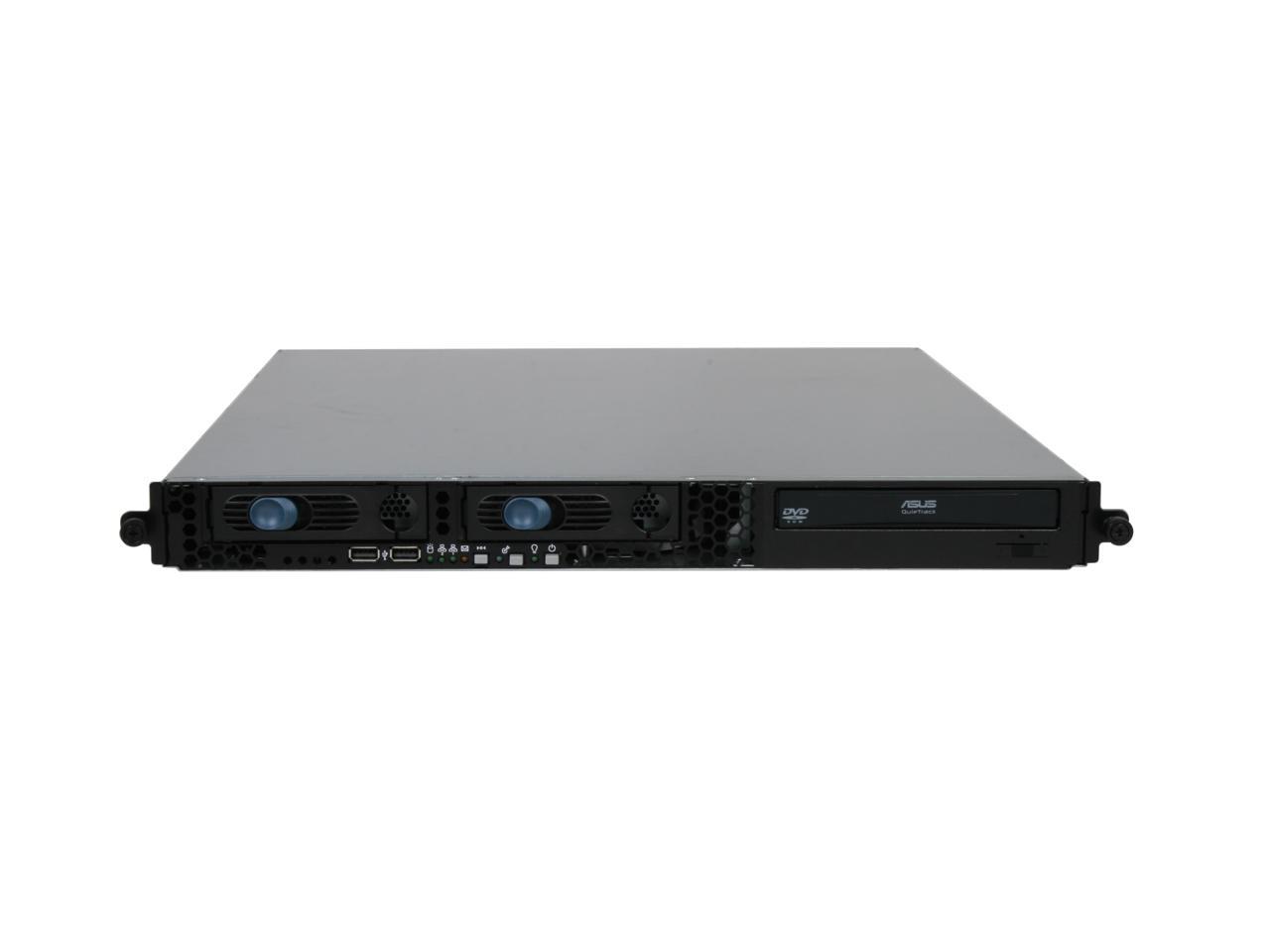 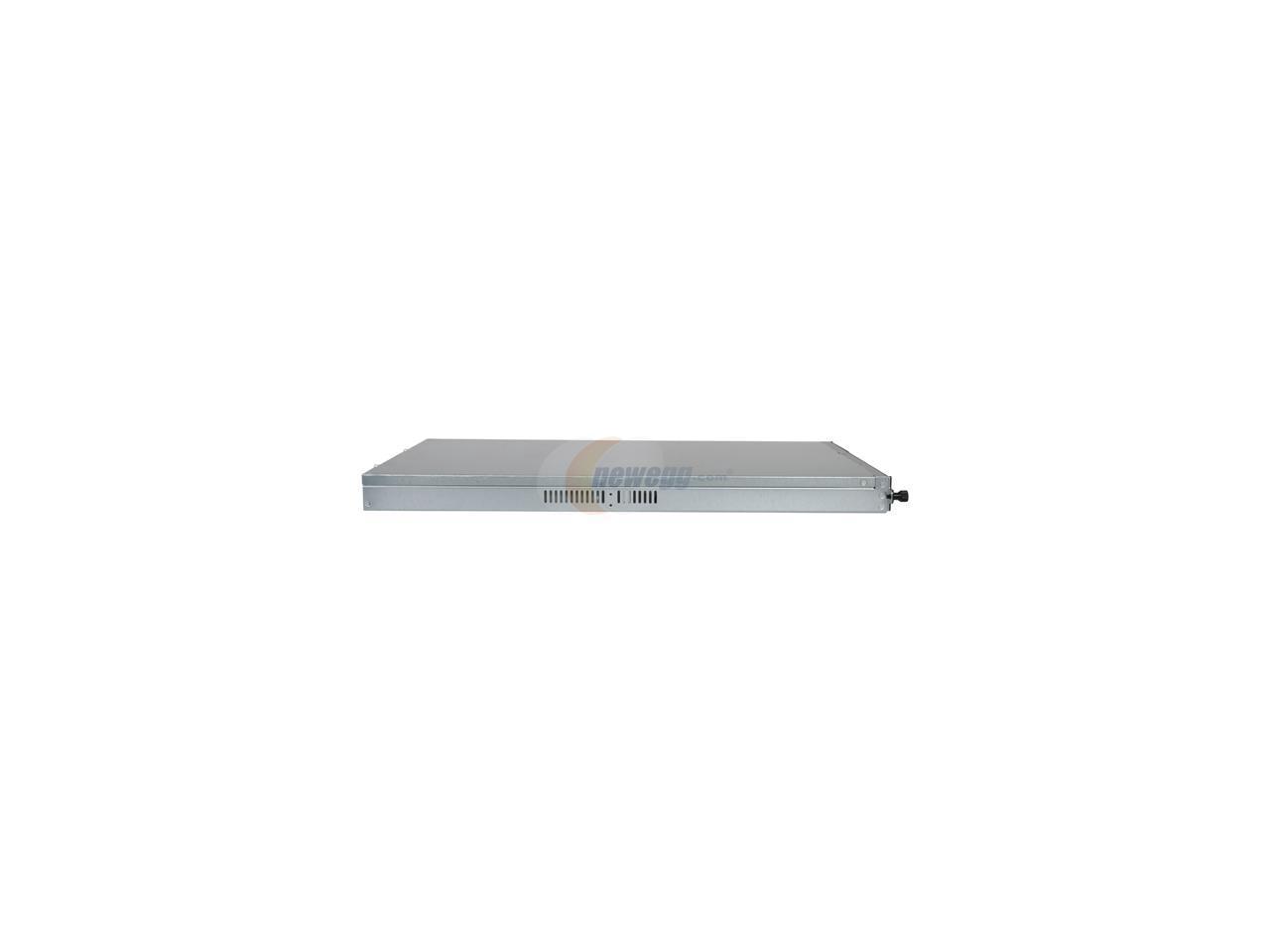 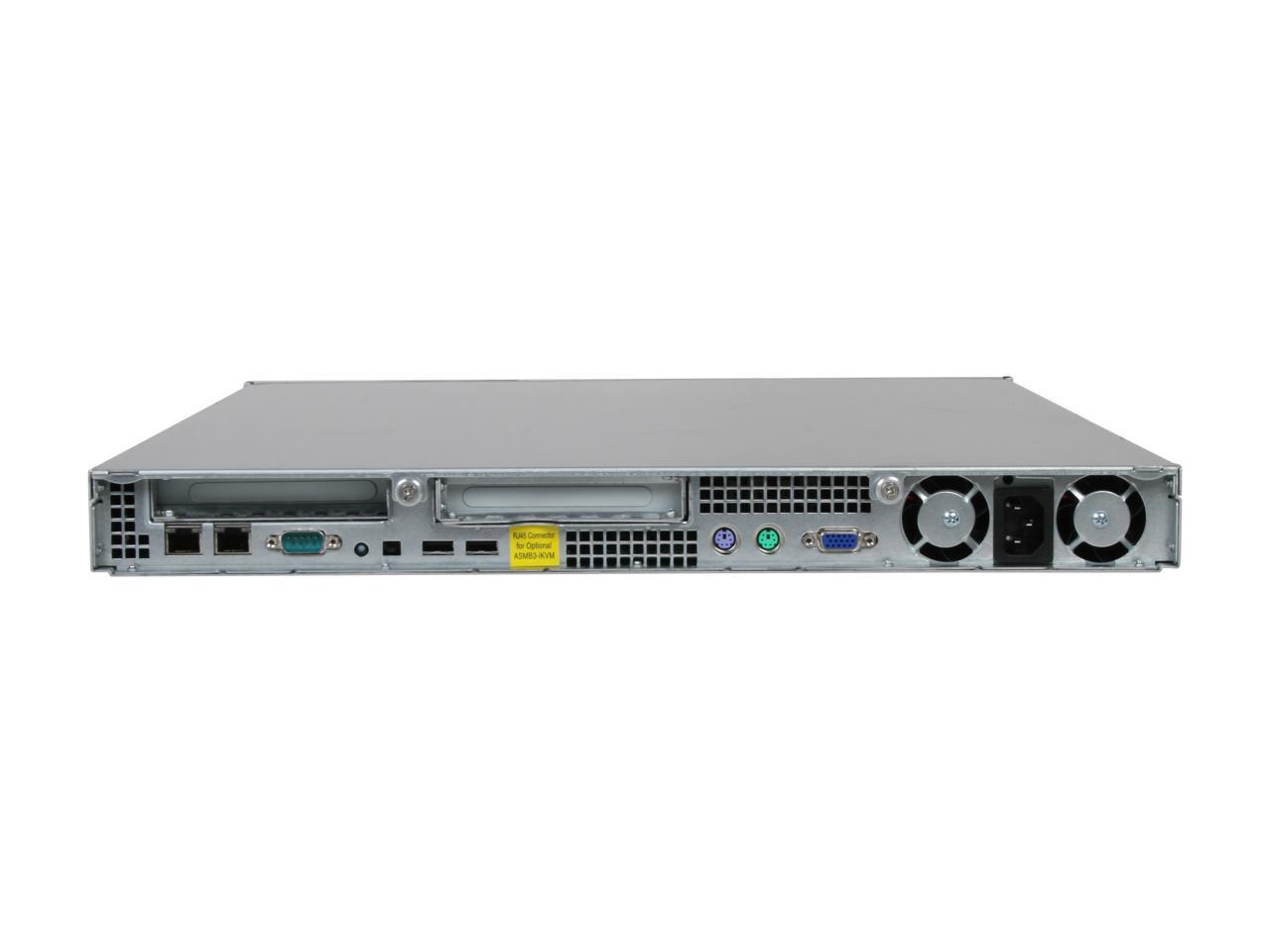 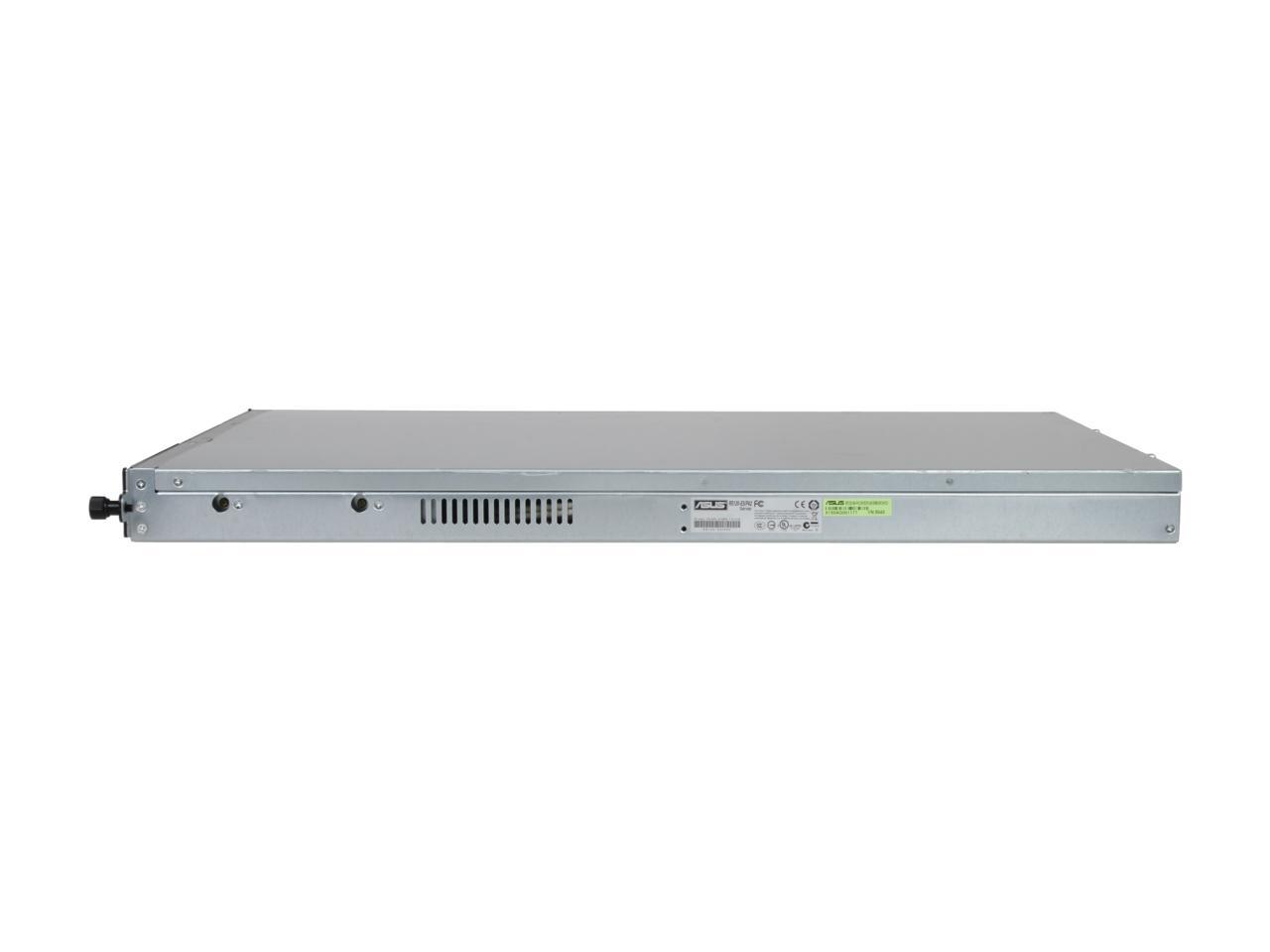 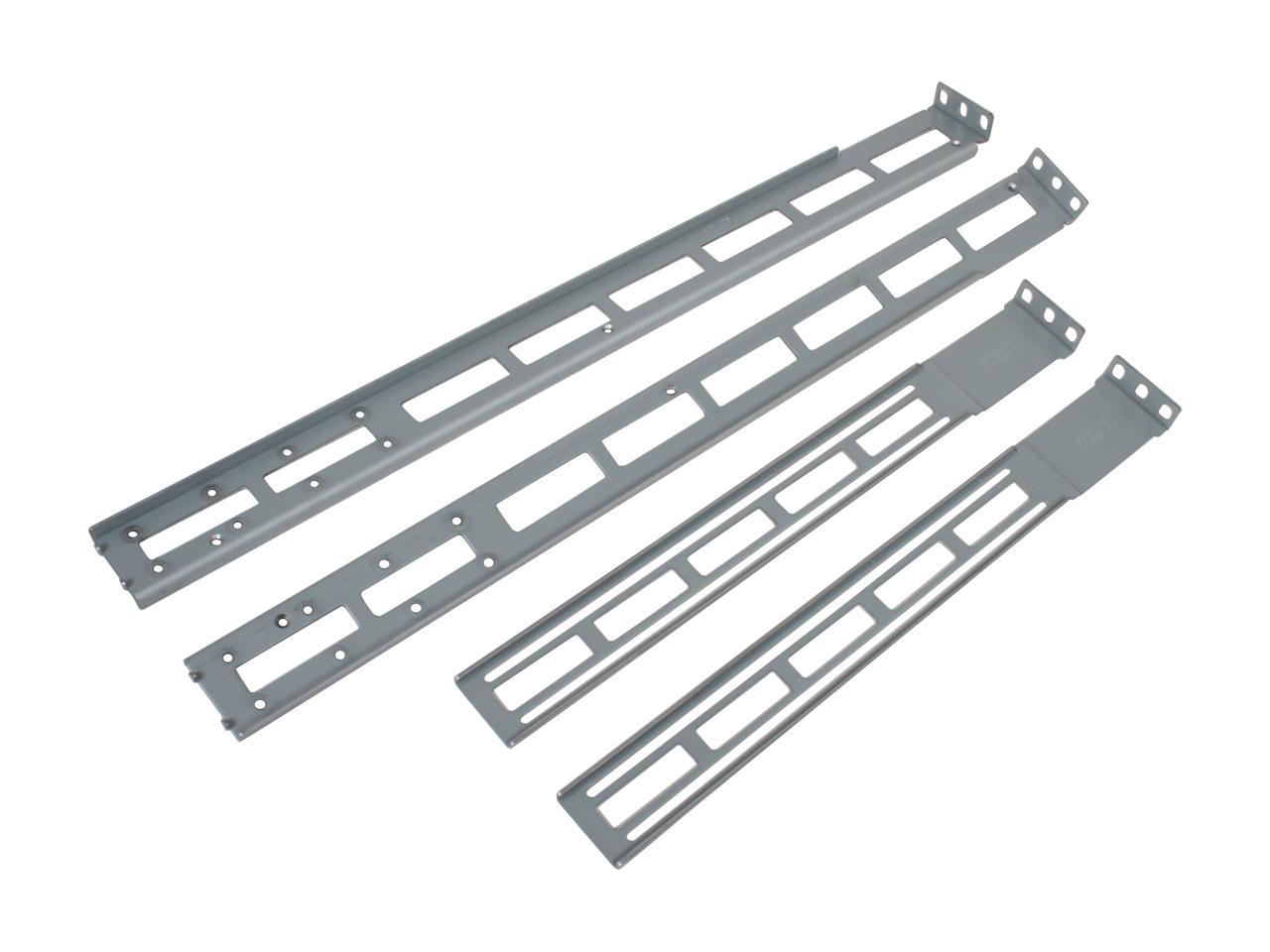 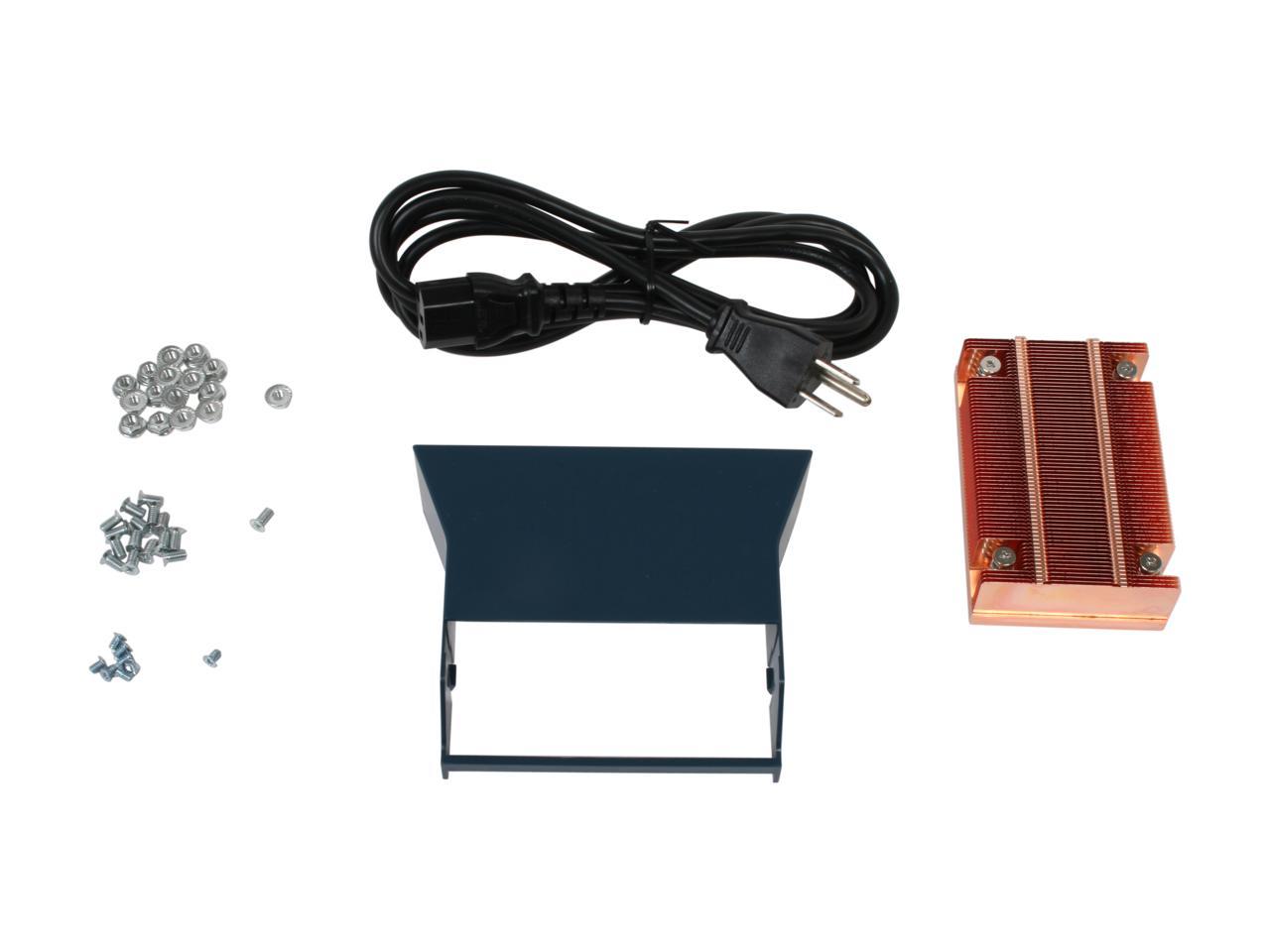 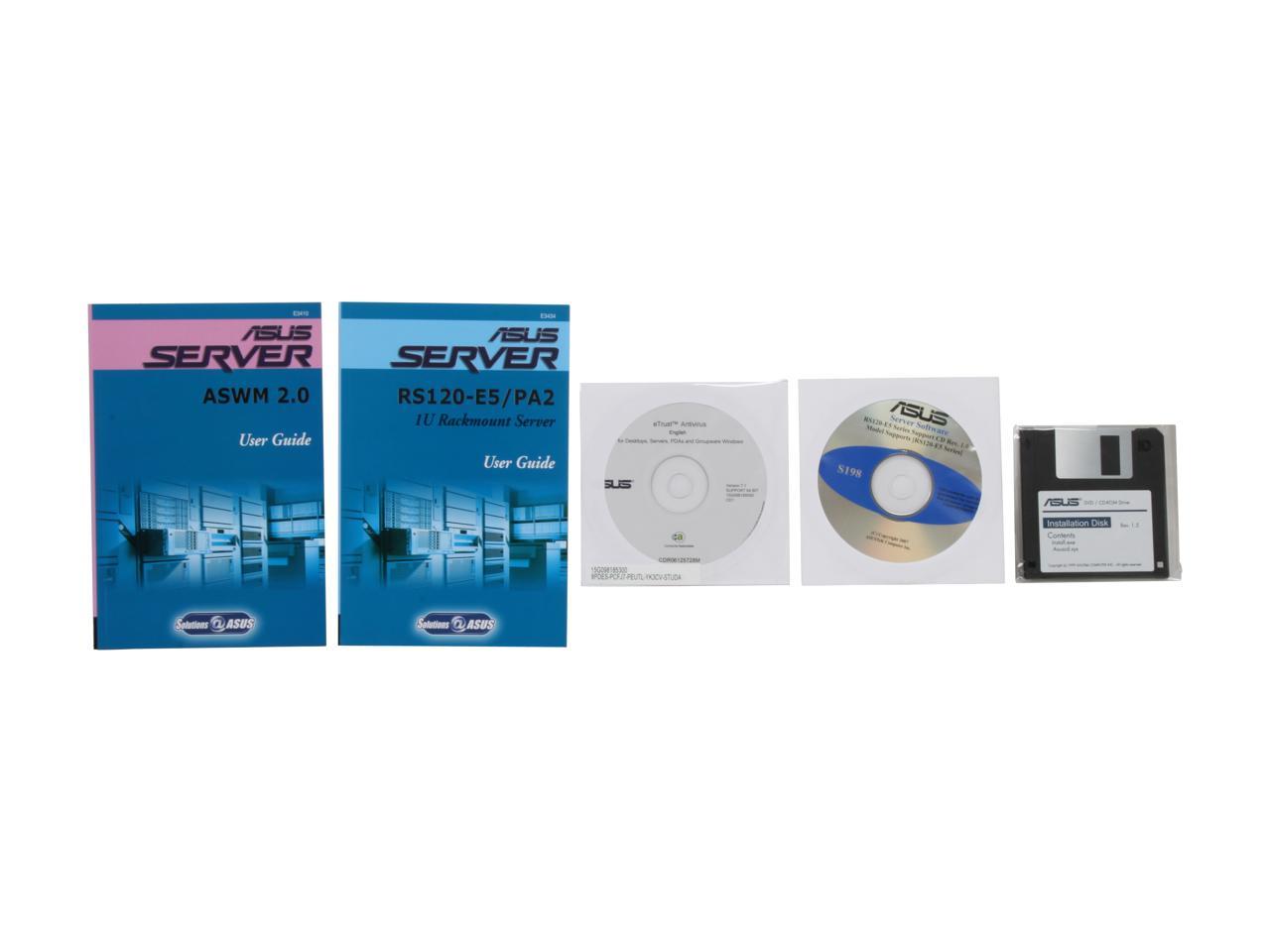 Cons: One of the expansion slots (the X16 one) is inset which means there are clearance problems with the connectors/plugs of most video cards... (I trim the cable connector!) No option to disable onboard video. RAID (LSI/Intel) configuration is a jumper not bios.

Overall Review: Been running (near 24/7/365) about five of these and more of the RS120-E4 (previous generation), all Windows XP, RAID1. Very happy with reliability. Previously I only used Supermicro line but this is comparable quality and much better price. Kingston ECC RAM works like a champ in these.

Overall Review: I didn't realize it had it's own passive heat sink for the cpu. I wasted about 30 minutes trying to figure out how the xeon heat sink was going to fit in the 1U chassis. Lo and behold, I looked in the box and there was the copper heat sink, which when coupled with the special air cowl uses the internal, high velocity fans to do the job well.

Cons: Had to update BIOS for full Support of Xeon Processor. At boot up, fans are at full speed, so its a little loud but that only lasts 10 seconds or so.

Cons: No real Cons for the price-point. The only nitpick is the ICH7R should be great for Microsoft Windows users but it's worthless for people looking to run RHEL or CentOS since it's ""fakeraid"". I tried to do ""fakeraid"" RAID-1 with the two WD 500GB RE2 drives with CentOS and after a kernel update, GRUB refused to boot off the mapped fakeraid device even after going into linux rescue mode. At this price, you can't expect a true full hardware RAID solution so again... it's really not a Con!

Overall Review: If you're going to run Linux on this server, stick to software RAID and enable AHCI in the BIOS (ships default with SATA in AHCI mode). It gives you NCQ and hot-swap which is perfect! Wreck software RAID-1 by pulling out a live, spinning HDD and plug it back in to resync. Can't get easier than that! *** NOTE! ** Server ships with Intel Matrix ICH7R ENABLED. To SWITCH to LSI MegaRAID, there is a BLUE JUMPER on the mainboard labeled "RAIDSWI1" near the empty IDE controller. CHANGE it to switch between embedded software RAID controllers!

Pros: Inexpensive quality barebones. The key features are; inexpensive, four-post rack mountable, inexpensive processor and RAM, hot swap disk drives, both a 4x PCIE and PCIX card slot, 1U form factor. Looks like Asus is trying to break into the server market and take some share from SuperMicro and Tyan. I would say that they are on the way to a very good start. I intend to use FreeBSD / Linux on this server. We have four of these now.

Cons: I bought an Intel PCIE network card and it won't fit into the PCIE mounting bracket because the network card has a little ridge/corner area on the mounting bracket. I got around this by grinding the metal bracket on the network card. Just be sure to pick cards that don't have anything special on their mounting brackets. Minor issue because it's fixed easily with a grinder. The mounting rails are more shelves then rails. You can't pull the system out of the rack to work on it without it falling down, since there is no locking rails. I don't consider this a major issue since it's really pretty rare to need to maintenance a system in such a manner anyway. The rails do not come with notched-post cage nuts. At first, this seems reasonable since most people have their own, but the screws that secure the server (ears) look like they are M5 (or possibly 10-32) size threaded, which is pretty unusual.

Overall Review: Continued from Cons: They should have just made a tapped M5 hole in the mounting brackets, but they left a big round notch for mounting screws. They should really include a set of cage nuts and bolts because of this oversight. I'm also concerned about the use of electrolytic capacitors rather than solid-state electrostatic types, but that's a cost issue. Hopefully it won't be a long term issue, but you never know until it's too late. The rails will fit cabinets with column depths from 24.5" to a little over 32". I consider this to be a very good range. Overall, very good, considering the price. SuperMicro is better quality, but the cost here is superior on the low-end, which is what I need.

Overall Review: Excellent 64bit Server for the budget minded. Does everything you need a server to do. Good fit and finish. Check Asus memory specification before purchasing memory. Kingston also certifies modules to work on this system that aren't on the ASUS list. Running Windows Server 2008 w/ VMWare Server2.

Pros: Cheap 1U with quad superpower. Easy to put together. Good fan and mechanical design. Gotta love the price.

Cons: Running Win 2008 Server OK, except for "PCI Bridge 82801 - 244E - Driver problem". Supermicro tech support says this version of Wdinows not supported. Trying to find a driver to patch this.