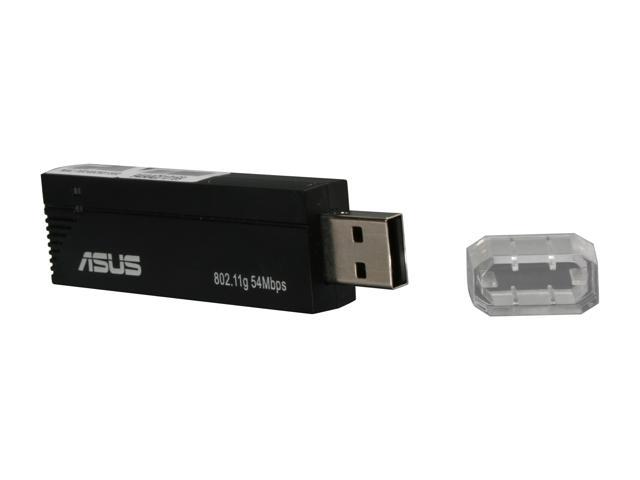 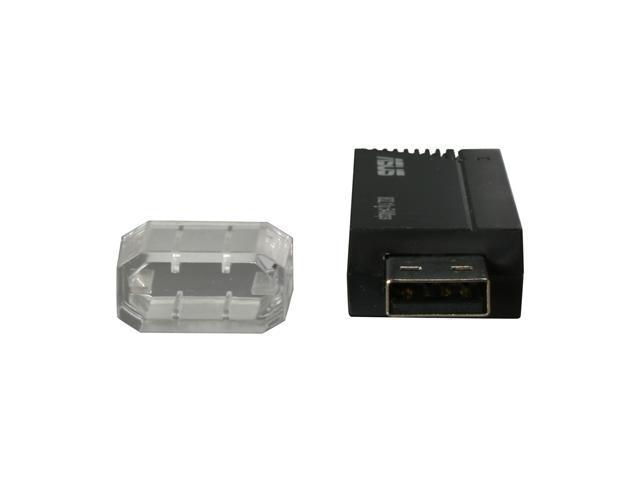 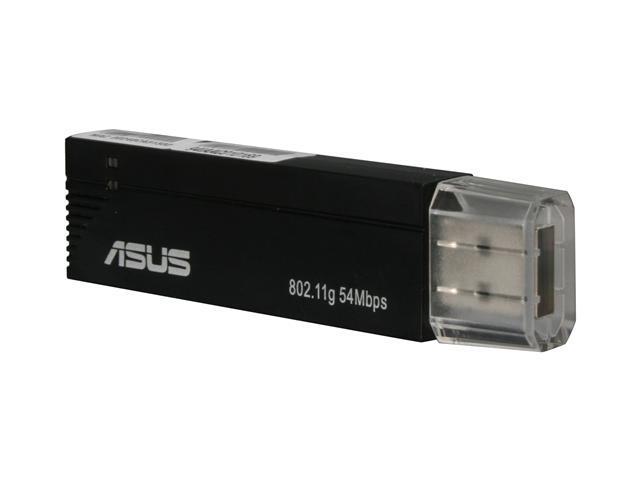 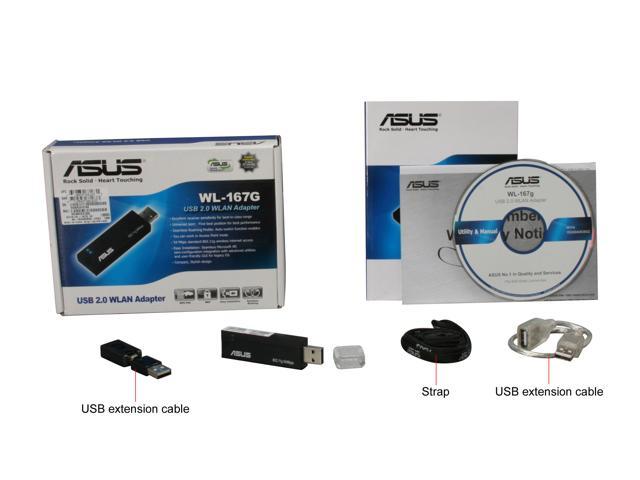 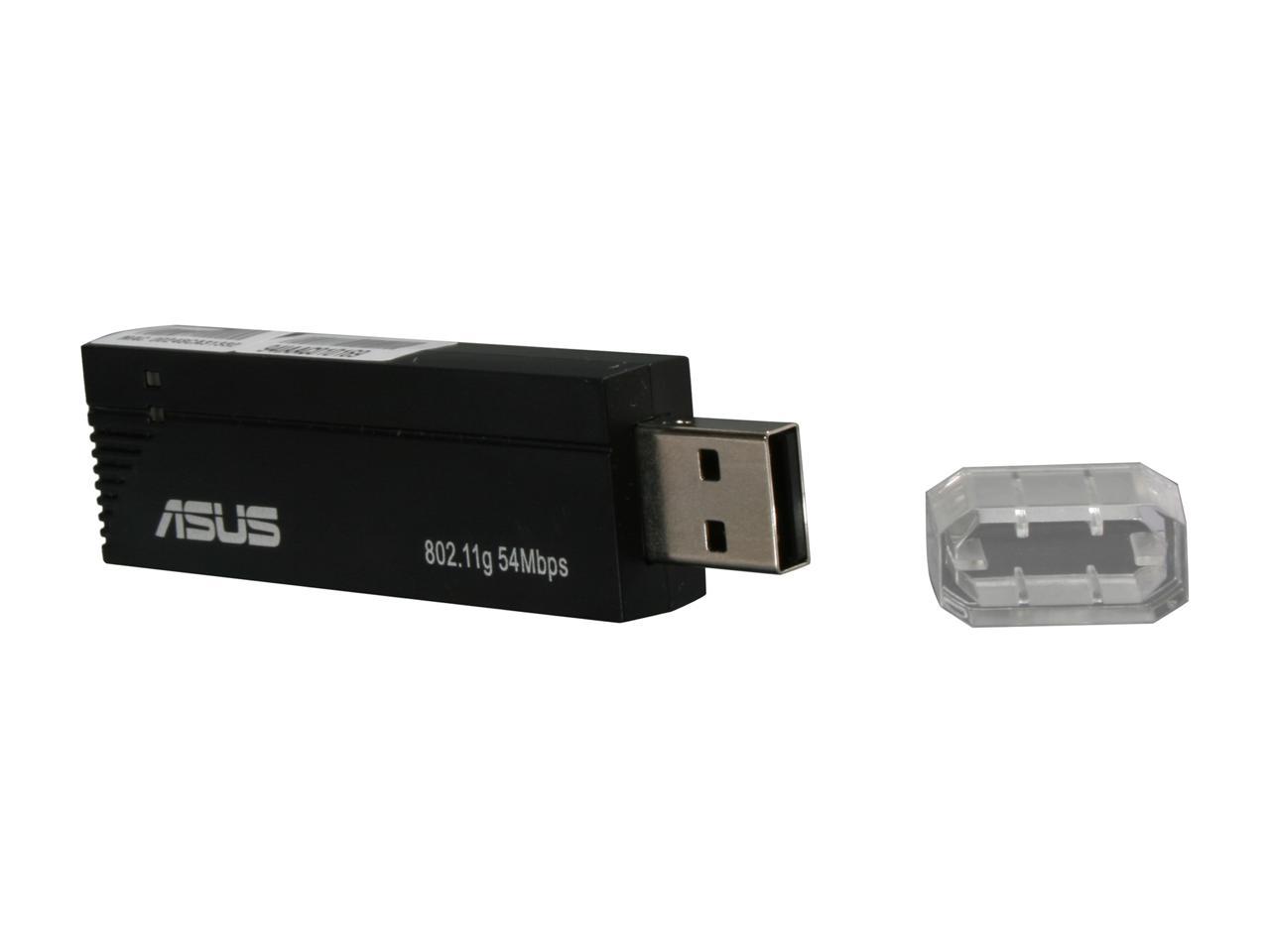 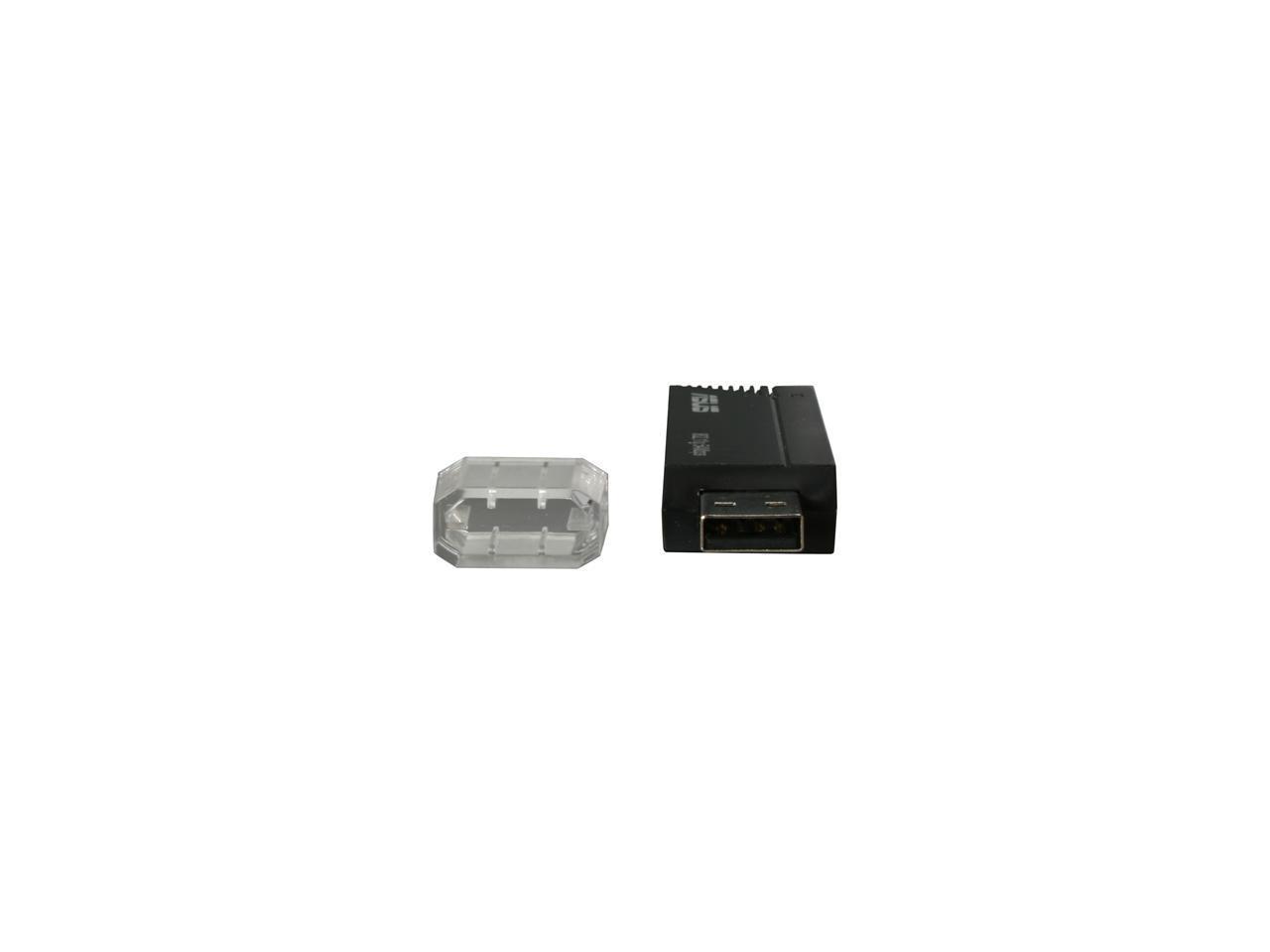 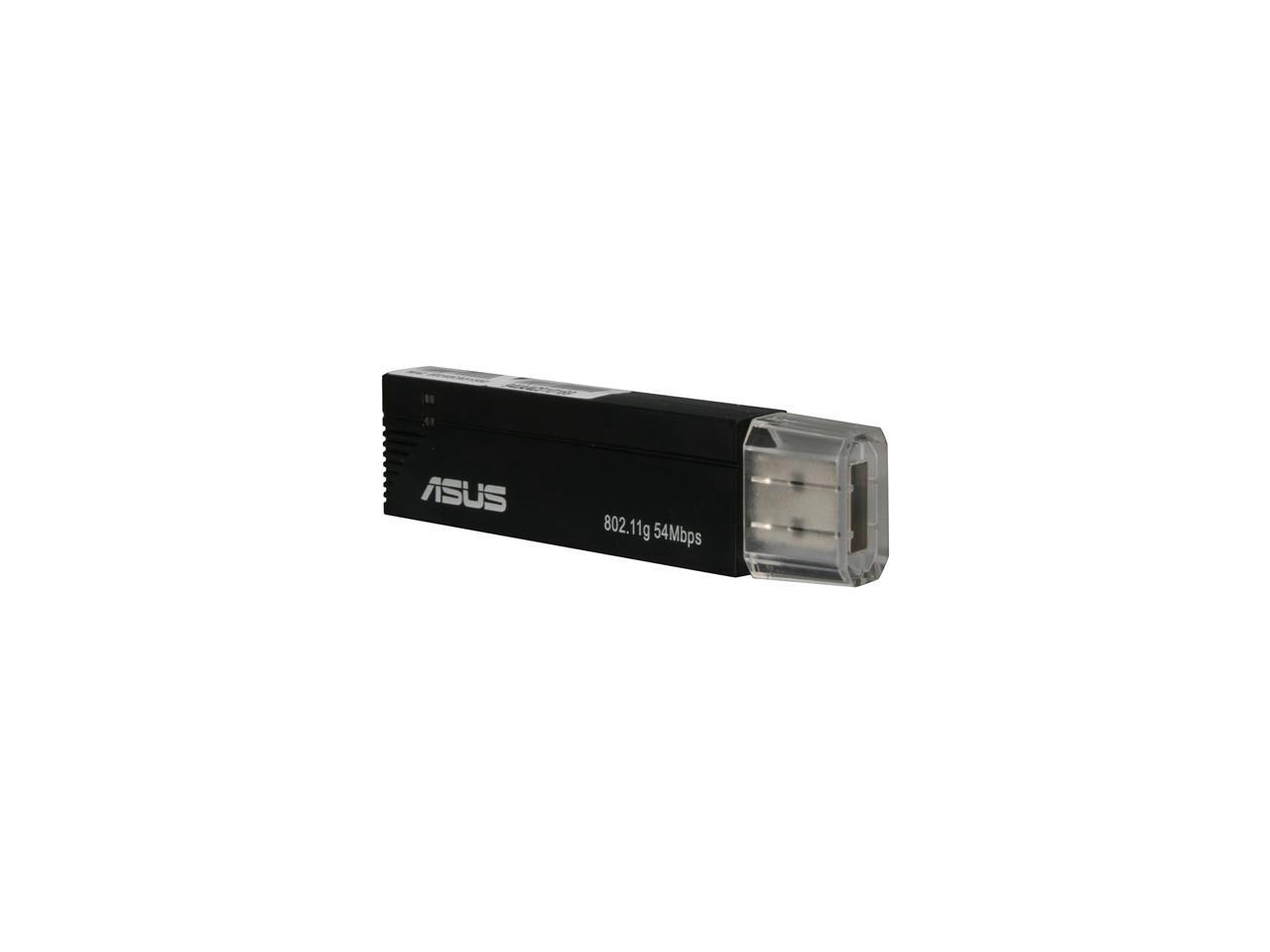 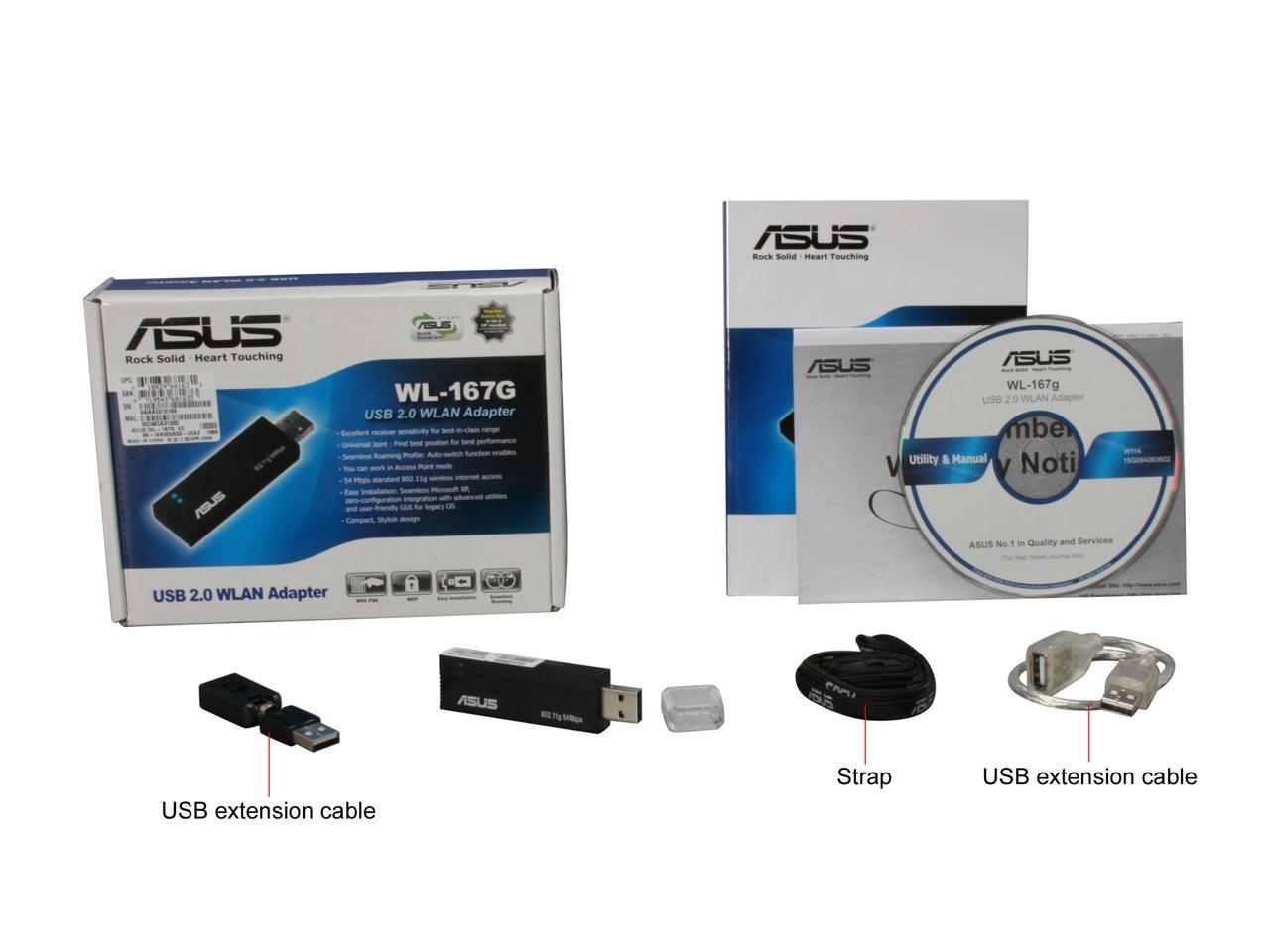 (177) Write a Review
OUT OF STOCK.
Specs
Reviews

Learn more about the ASUS WL-167g

Pros: I tried several different wireless cards that did not work with Ubuntu or worked poorly. This little ASUS USB WiFI adapter worked instantly on Ubuntu Hardy Heron with out any real effort. Configuring it was child's play compared to some of the other adapters I have used before. Comes with a nice little manual, a universal USB "Wobble" adapter, a short USB extension cable (about 12 inches long) and a nice strap should you desire to take it for a walk to a neighbors Linux computer. It is a very good quality manufacture and I will be buying a few more. Have not bothered to test it in Windoze. Nice packaging so no worries about damage in transit.

Cons: Did not come with a longer USB extension cable which would have been nicer than the "Wobble" adapter and no base plate to mount it up on the desktop like some cheaper manufacturers supply so as to get better reception.

Overall Review: If you are Linux user and are using Ubuntu Hardy Heron buy this little puppy as it works right out of the box no silly driver hunting necessary. Should work with other Ubuntu derivatives, but have not tested it yet. If you are a Windoze user get Ubuntu for free and strike a blow against the Redmond Monopoly. Open Source will free your computer and your mind!!!!!!!!!!!!!!!!!!!!!!!!!!!!!!!!!!!!!!

Pros: Just worked. Connected my Dell D830 laptop running Gentoo Linux to my WPA2-secured network in under 5 minutes. Would have been less, but it took me a minute or two to realize I had setup MAC filtering on my router.

Overall Review: Now that ABIT is defunct, I'll give ASUS another look for my motherboard needs.

Pros: This worked with Hardy out of the box. For Sidux I was prompted to do an apt-get install firmware-ralink. Looks like it uses rt73usb. Signal strength is good.

Cons: None. I'm glad I bought this one.

Overall Review: It comes with a small USB extension cable. Also comes with an adapter that would allow you to swivel the device to get a better signal and a necklace if you needed to carry it around your neck.

Pros: Great price; includes extras like a USB extension, angle dongle; surprisingly nice package for an item so inexpensive. I thoroughly tested this item a few hours last night. Opposing to other comments, this NEVER got hot (just slightly warm), never lost signal, even has a better signal than the built in wireless adapter in both my laptop and desktop (but also has better clearance). This adapter held a signal through several walls and a decent distance from my router. This adapter installs on several test machines without the use of the included disc (don't use the disc if you don't need to) and several operating systems including Linux. The chipset in the adapter is the Ralink rt73 and uses that driver (already included in several OSes). Opposing other comments, it DOES have WPA PSK authentication.

Overall Review: As long as this adapter doesn't die unexpectedly, this is a solid device for the price depending on your desired application/usage. My application is transferring large files (recorded TV shows) from one side of my house to the other through the network.

Pros: Automatically detected and connected to my WPA2/PSK network - on Ubuntu 8.10. Debian Etch (on a Slug/NSLU2) - just need to install rt73.bin firmware, and configure wpa_supplicant. Has tiny heat vents - good for hot climates. Also has a nice USB swivel adapter.

Pros: This was great as we had wireless in just a few minutes in Ubuntu 8.04 and using Wicd instead of Network Manager. I had to go with the usb wireless adapter because the laptop is a Compaq F500 that is supposedly under an extended warranty. I gave up on getting the internal wireless fixed and decided on an external usb adapter. This one worked perfectly!

Cons: There are no cons to this adapter.

Cons: i called asus directly to find out if this works with xp 64 bit with the software it comes with and was told yes it does work, but it really doesn't

Overall Review: I Removed the Casing on this product to find the chipset manufacture wich is ralink RT2571 so to get it to work on your 64 bit pc you need to go to http://www.ralinktech.com/ and go under the support tab then windows, and download the second option for usb wich is USB(RT257x/RT2671. once you download and install ralink's software and do the reboot you will find that this card will work for your XP 64 bit OS

Pros: In theory you can plug in it and use it as a Wireless Access Point...

Cons: I Thought because ASUS usually know's what they are doing, ASUS would be a sure bet. Unfortunately, I am entering week 3 of (We will respond in 48 hours) This just does not work in XP Pro 64-bit, and it was buggy as heck in XP 32-bit. YES I know their website lists drivers for it in XP 64-bit, and they install PERFECTLY, and it shows the device installed and "Working properly" and yet, the Asus software can't even detect it.

Overall Review: I just threw my money away, what a waste.