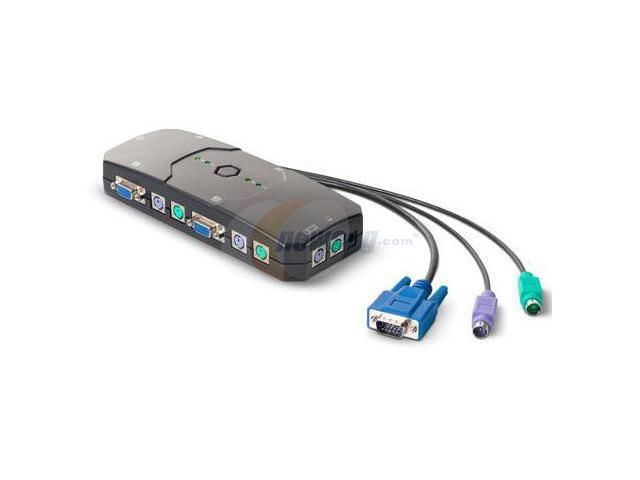 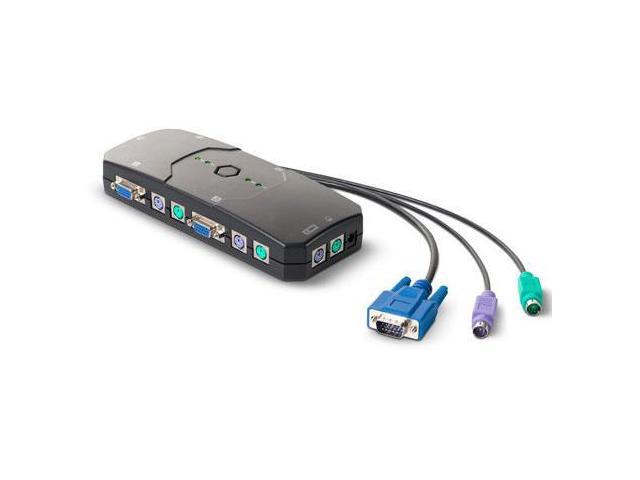 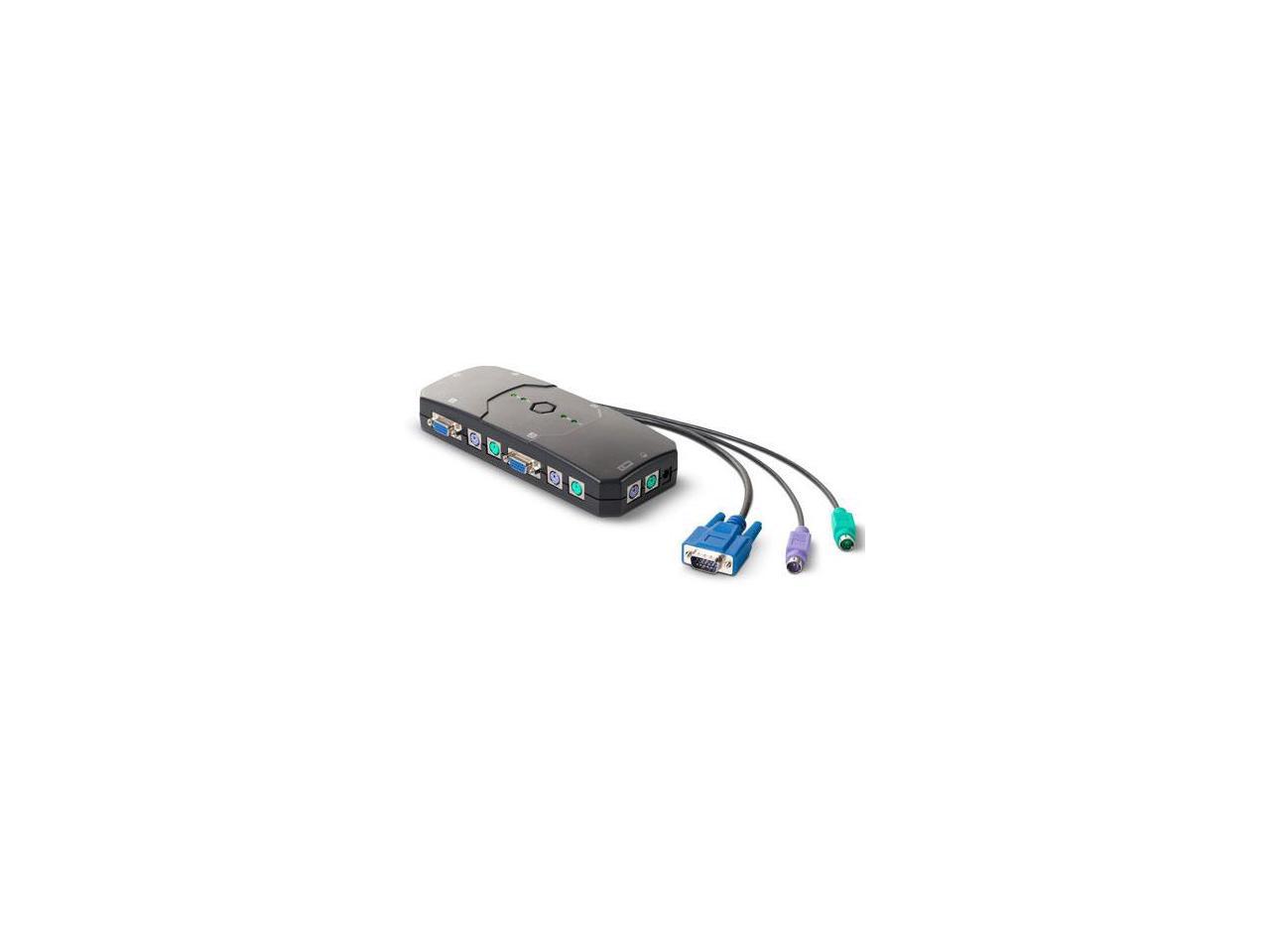 Learn more about the Belkin SKR004

Pros: Very cheap...you can't buy four KVM cables for what this unit and cables cost. Does not require separate power, but does have the connection there in case you choose to power it (I suppose if one wanted to switch video without PC's it would be needed). Logical key strokes to switch from PC to PC Sroll Lock-Scroll Lock-Arrow up or Arrow down ). Unit also has a button on it to allow you to switch that way.

Cons: The cables are not very good. Instead of four neat cable bundles, you have twelve cables: four VGA cables, four keyboard cables, and four mouse cables...great if you like spagetti. If you want neat bundled cables, you've got to tape/tie them together. One redeeming point is that the keyboard and mouse cables are at least color coded so you can tell which is which (unlike some similar older Belkin KVM cables I've seen). Also, the cables are NOT your standard KVM cable. The video cable is not M-F like most are. They are M-M. Keep that in mind if you want to use other KVM cables. This is nice in that it doesn't matter which end is at the KVM switch, and which is at the PC, but it is not the standard. Unfortunately, you have to wait a couple of seconds between switching PCs to switch again, which is annoying.

Overall Review: Swapping an existing KVM on servers during business hours does not allow one the luxury of shutting down the PC's to connect the cables as the instructions insist you should do. I will complement this unit on the fact that I was able to connect this to two Windows 2000 Servers, a Windows 2003 server, and an XP Pro box with them running without loosing the mouse on any of the systems...past experience has been about 50-50 doing that. I'll give it a 4 despite the complaints since it was SOOOO cheap.

Pros: If you are looking for a deal on a KVM, this is it. You can't beat the price!!!

Cons: The cables that came with the KVM are all seperate, but for the price, who cares.

Pros: Does exactly what you expect a KVM to do. The price is excellent. It has a low profile, so it's not an eyesore or in the way. Easy to control, and a good slim design. Cables are color-coded. Shipping, as always, was lightning-fast. And the price is spot-on.

Cons: Chirps a lot (like whenever a machine powers on), and I don't see an obvious way to silence it. Cables aren't molded together, so there's a lot of entanglement.

Overall Review: In all, it's exactly what I was looking for in a simple, 4-port KVM. I would recommend it, and if needed, I would buy it again.

Pros: Its cheap, and it fundamentaly works. The keyboard hotkey switching is great.

Cons: Puts a blue line up the right side of my monitor. I called Belkin, they had never heard of this model number, and their answer to the blue line problem was 'well there is not really anything you can do'

Overall Review: You get what you pay for.