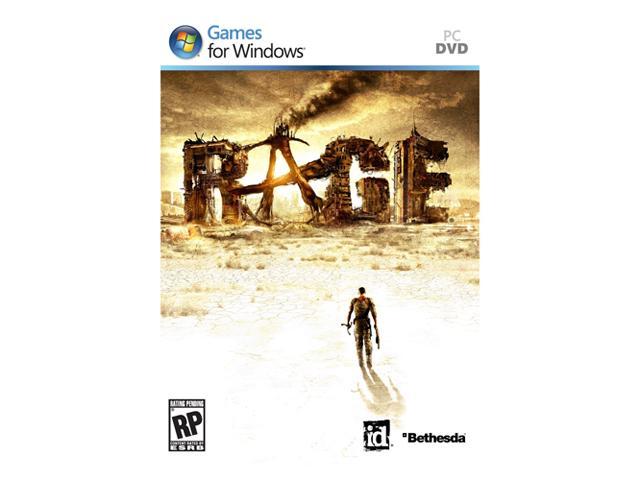 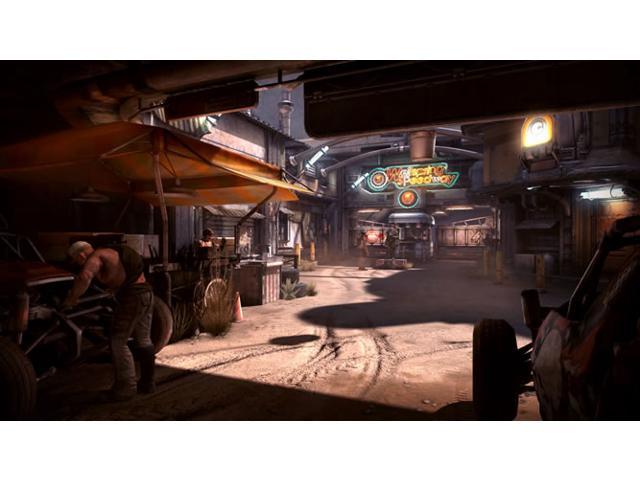 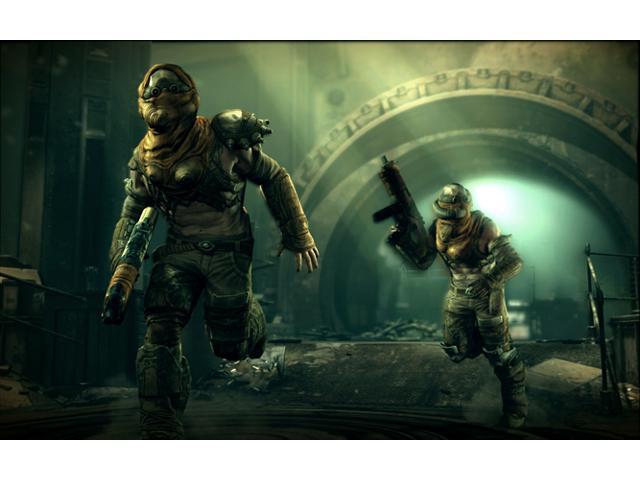 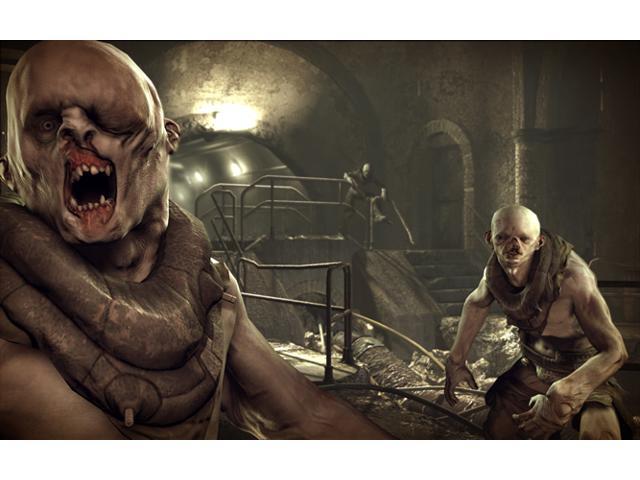 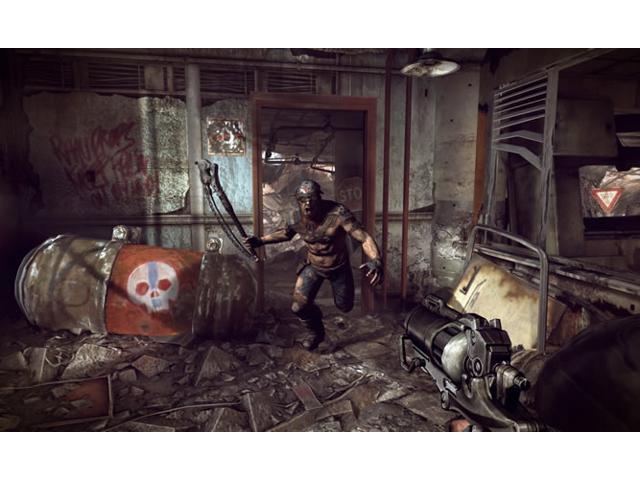 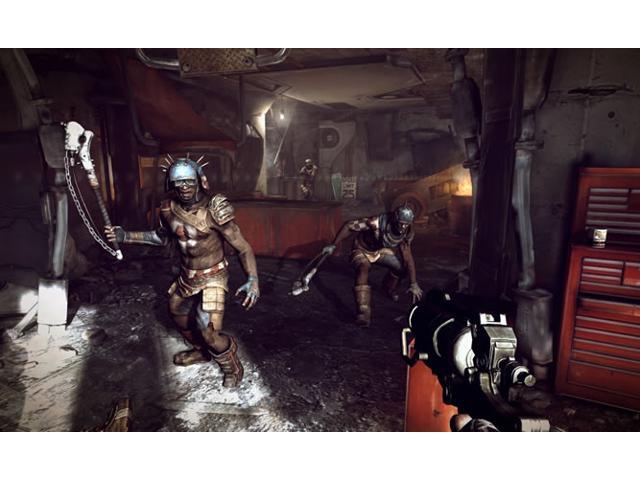 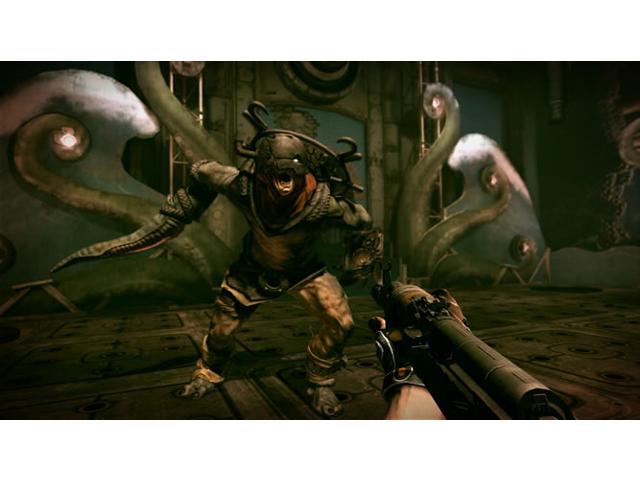 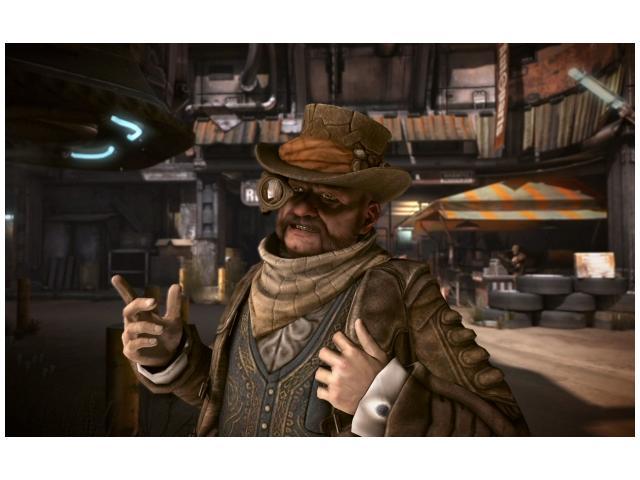 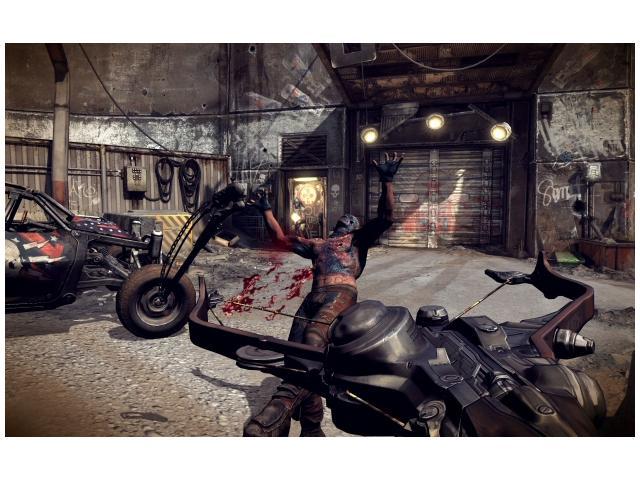 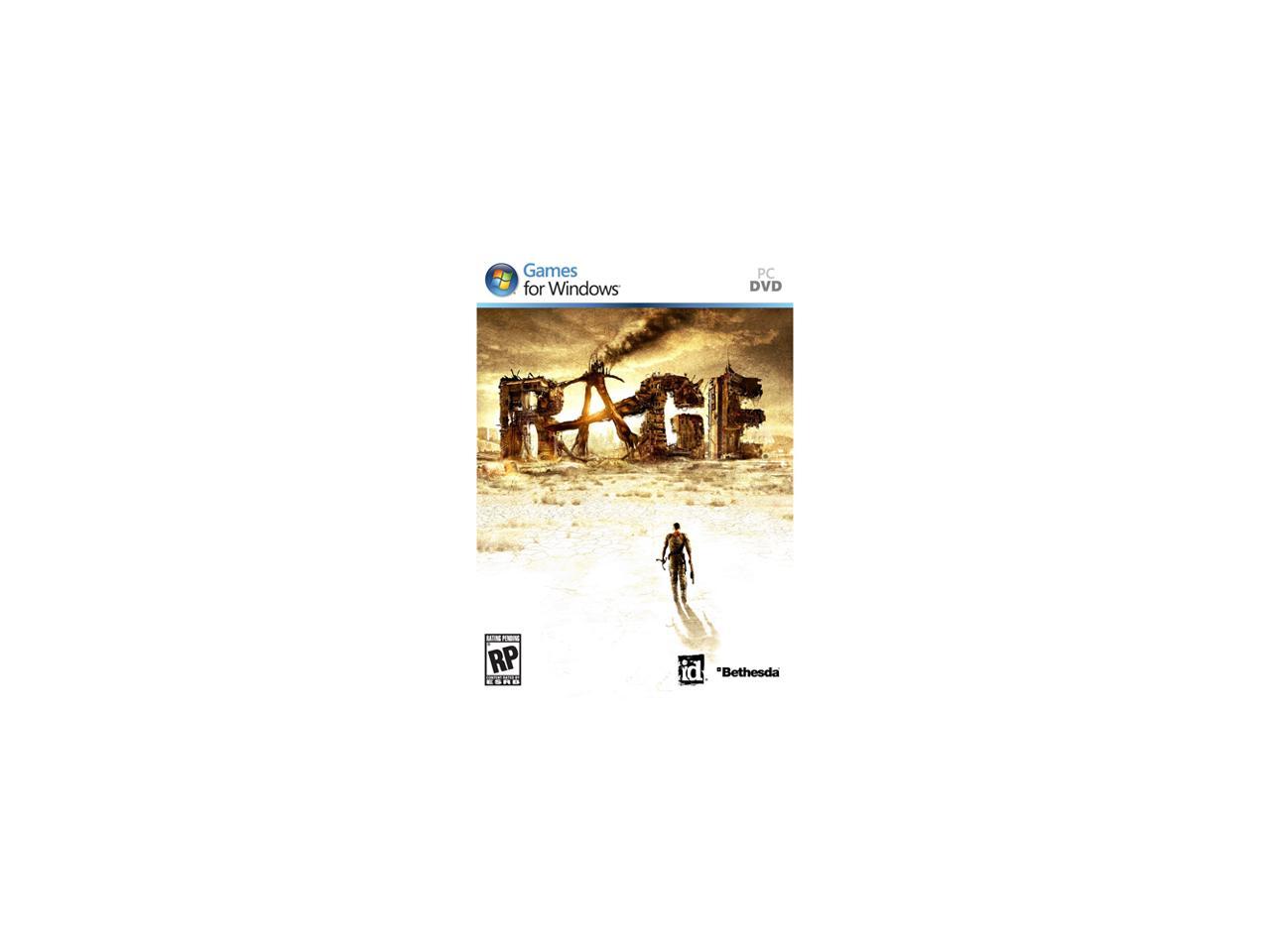 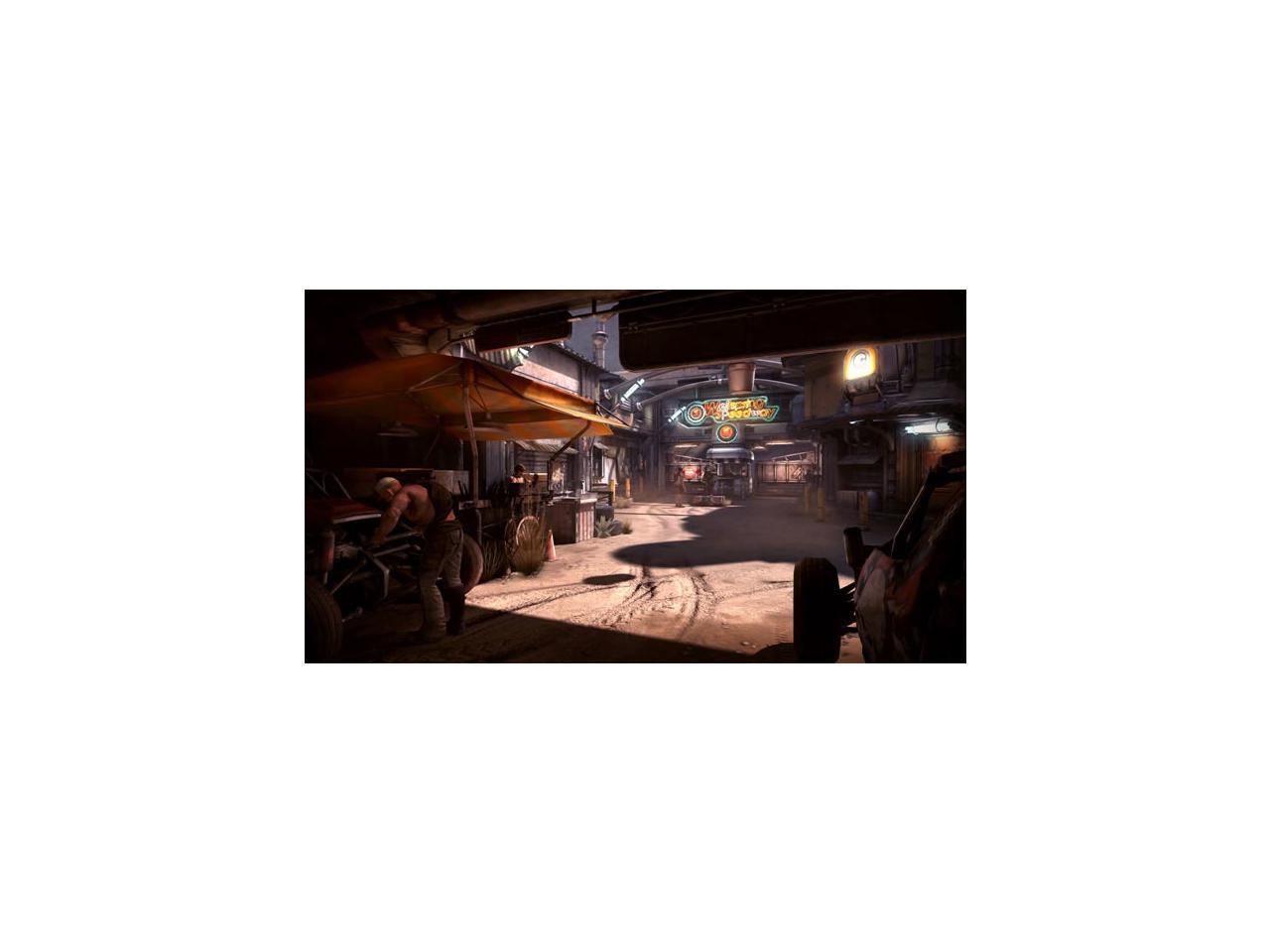 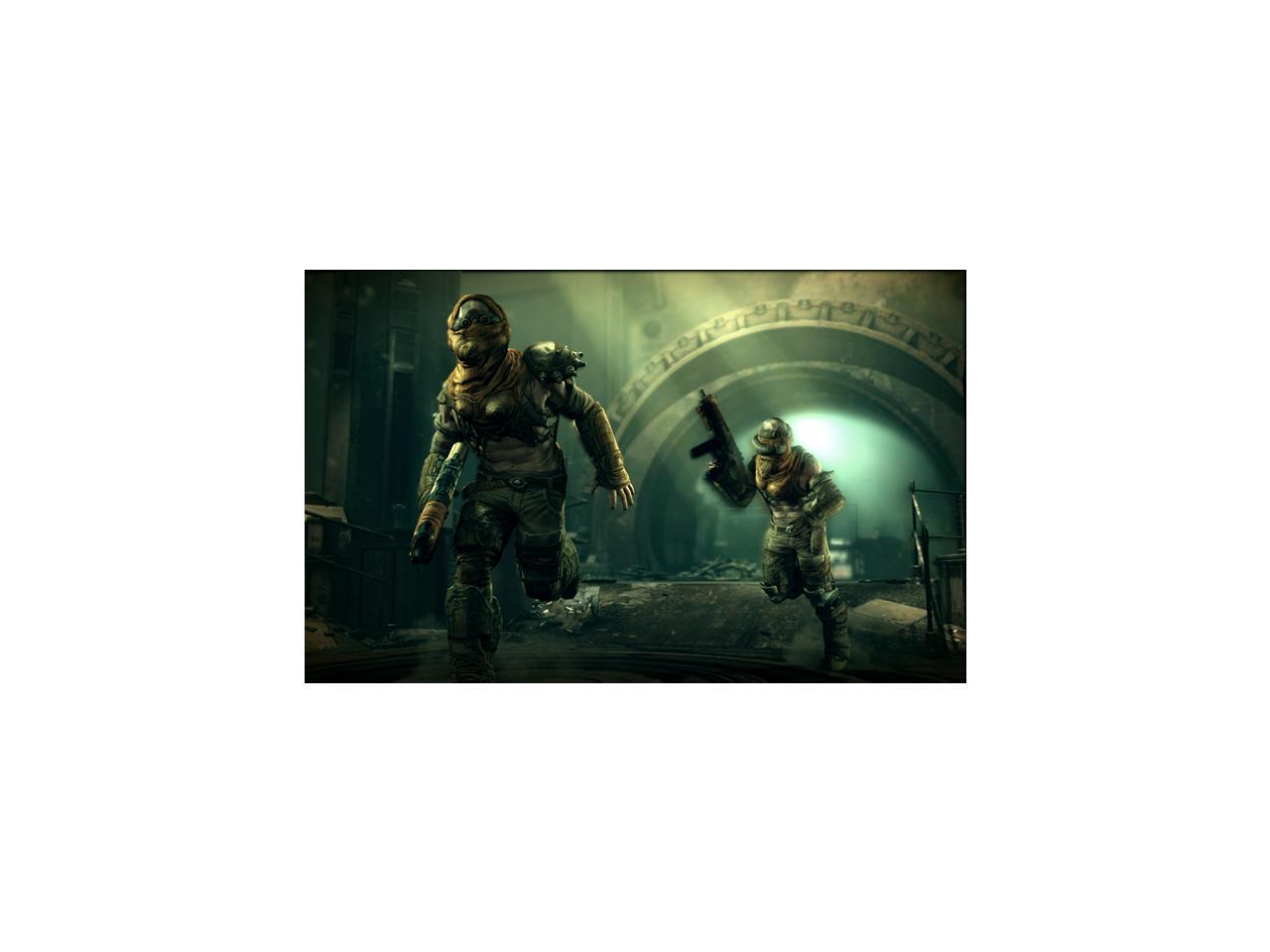 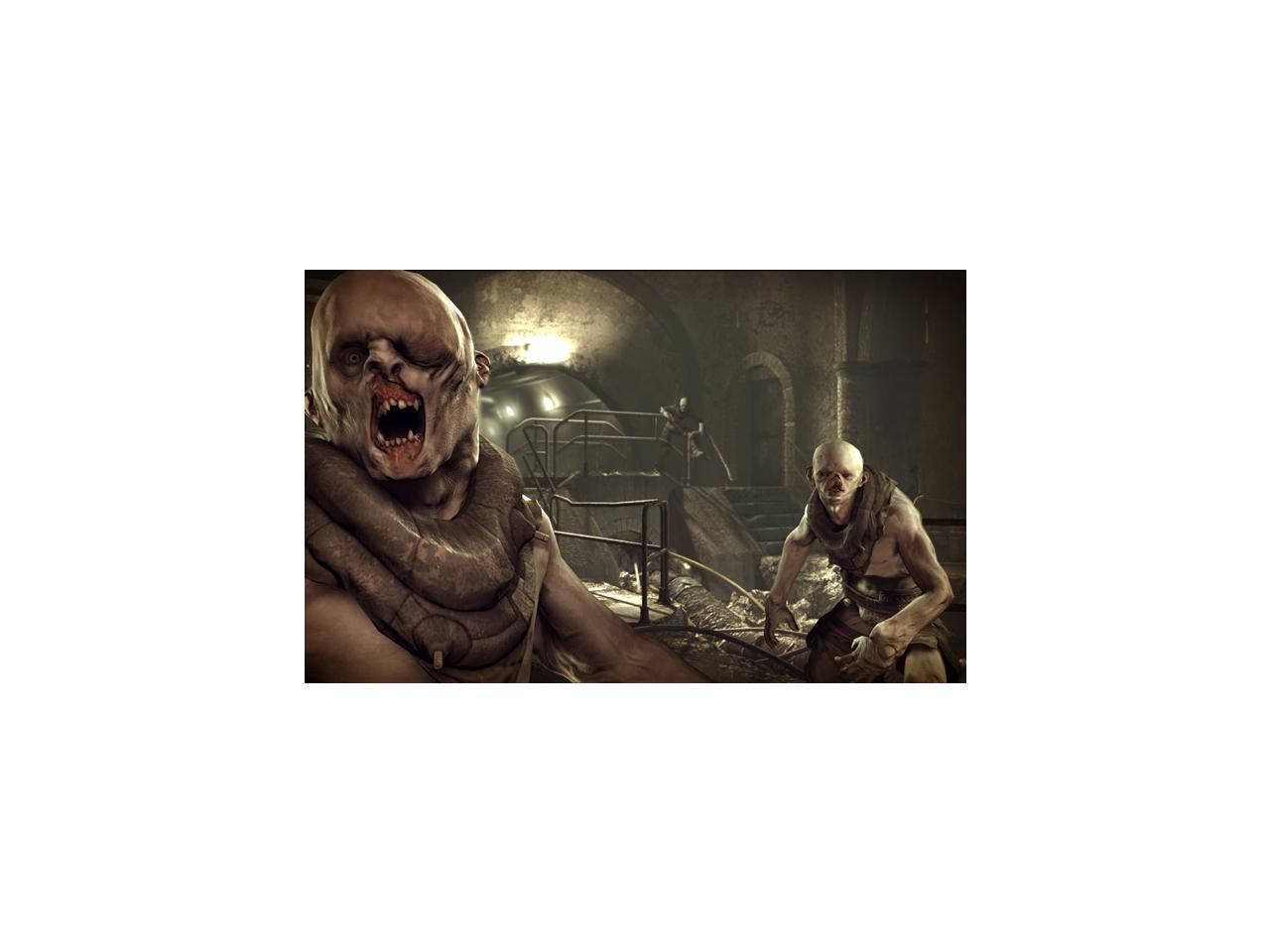 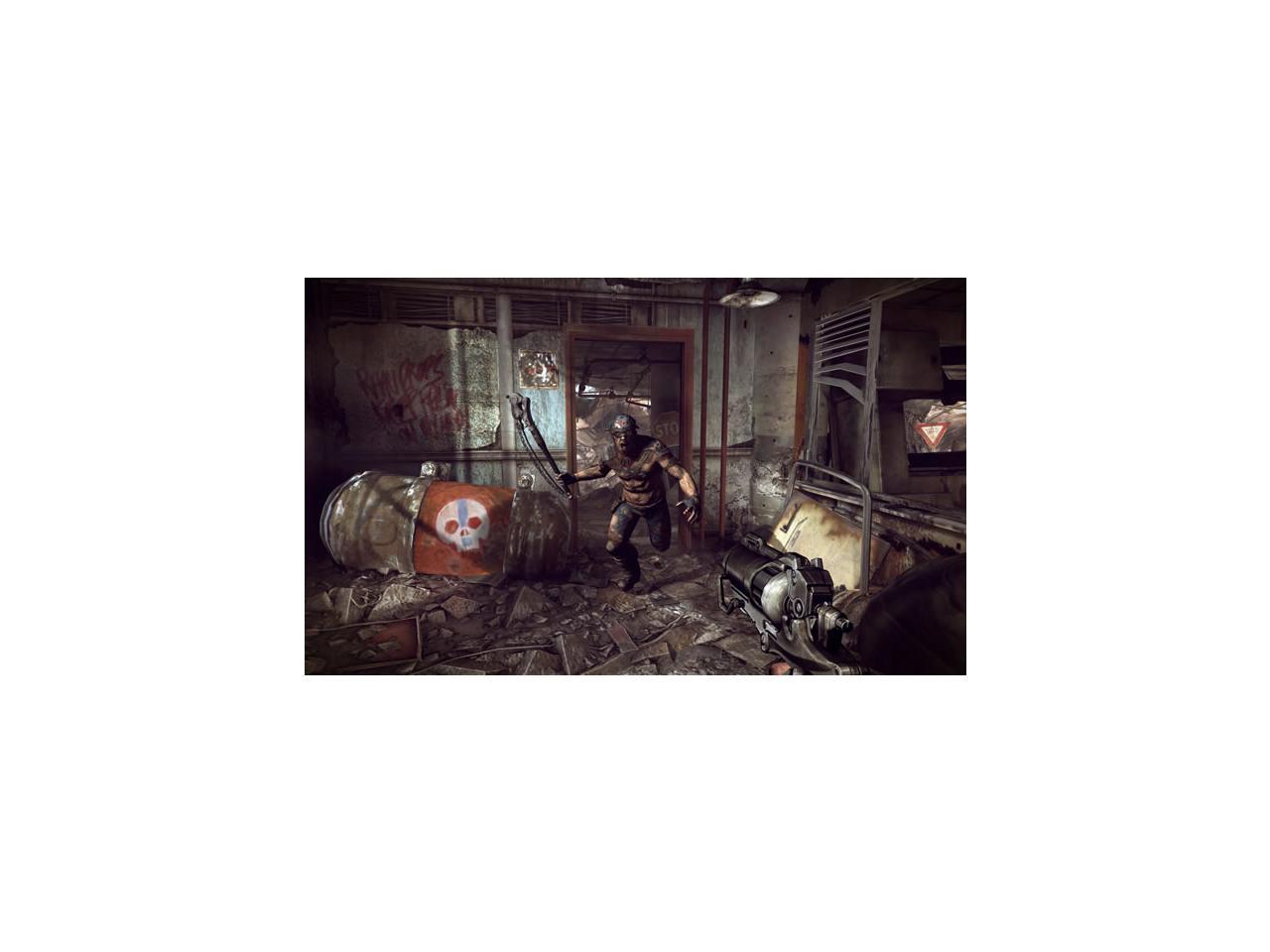 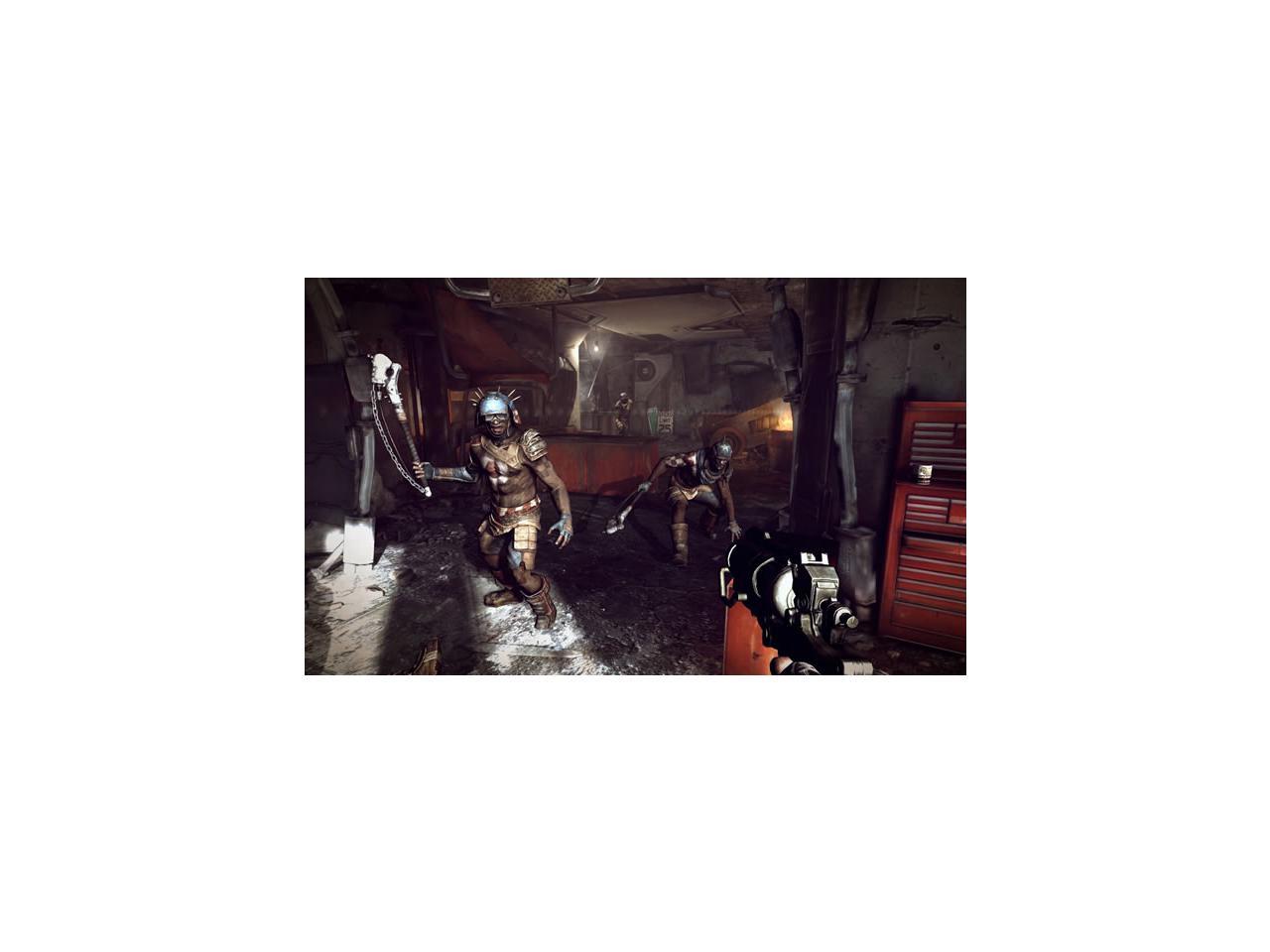 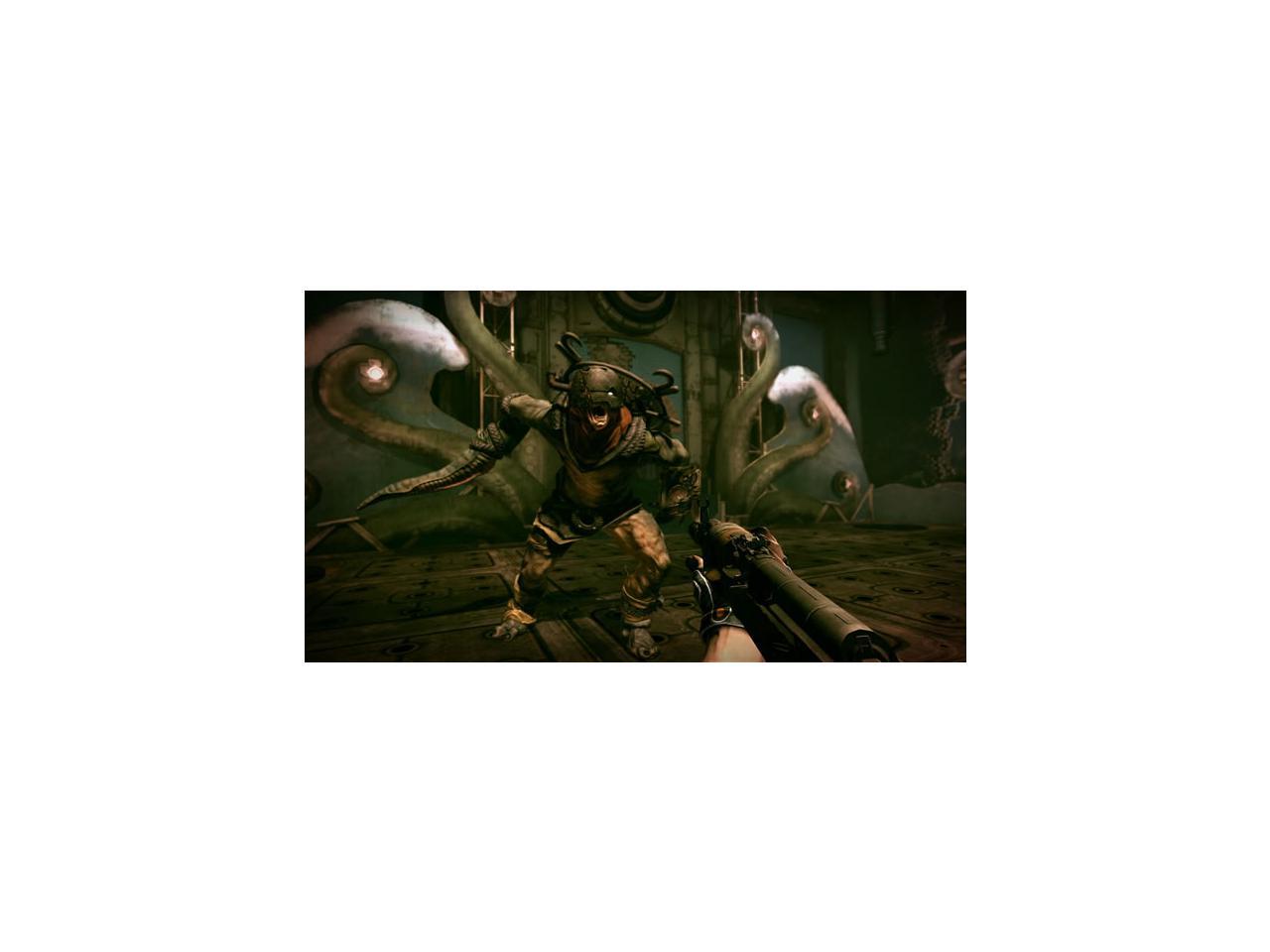 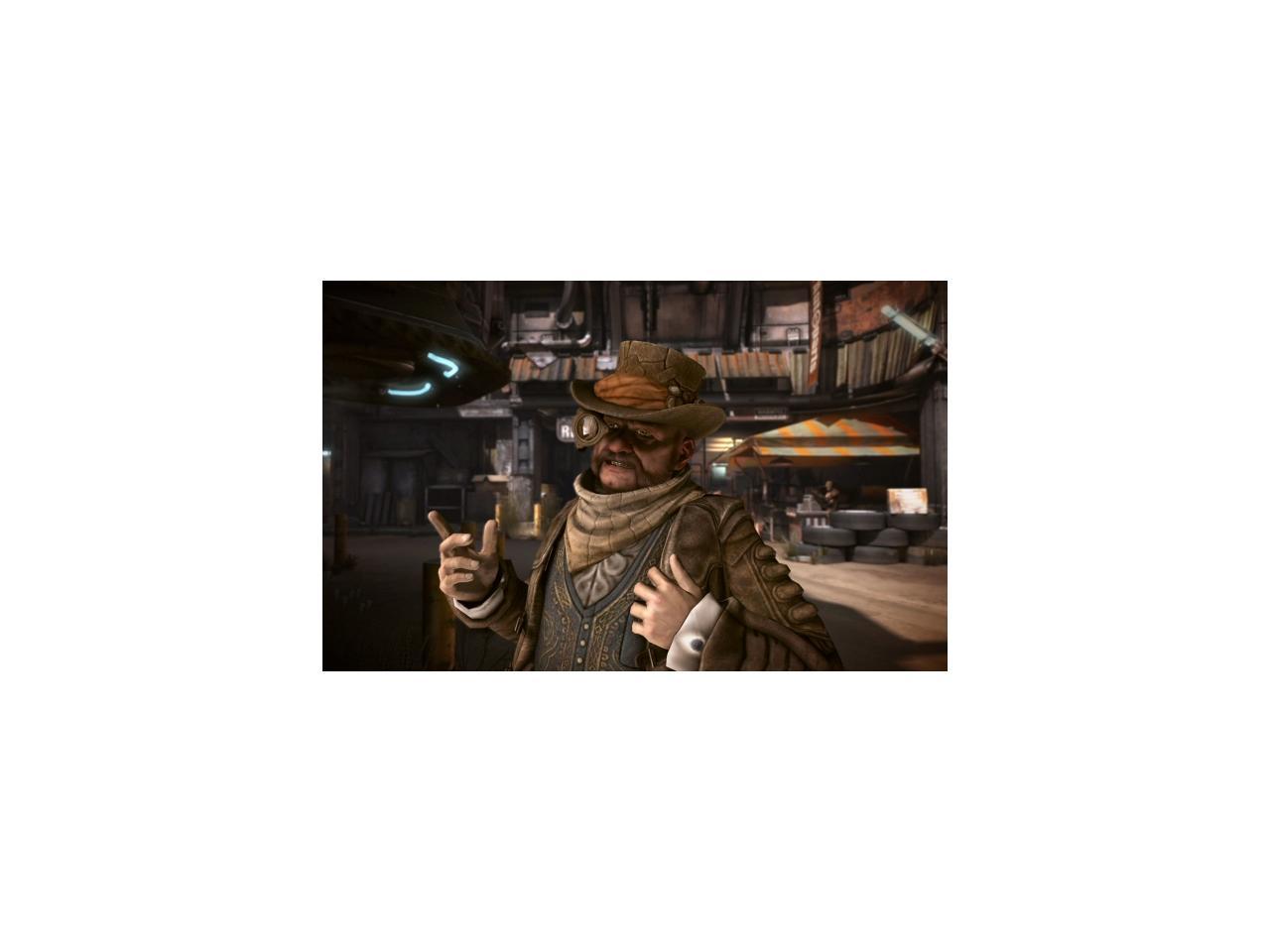 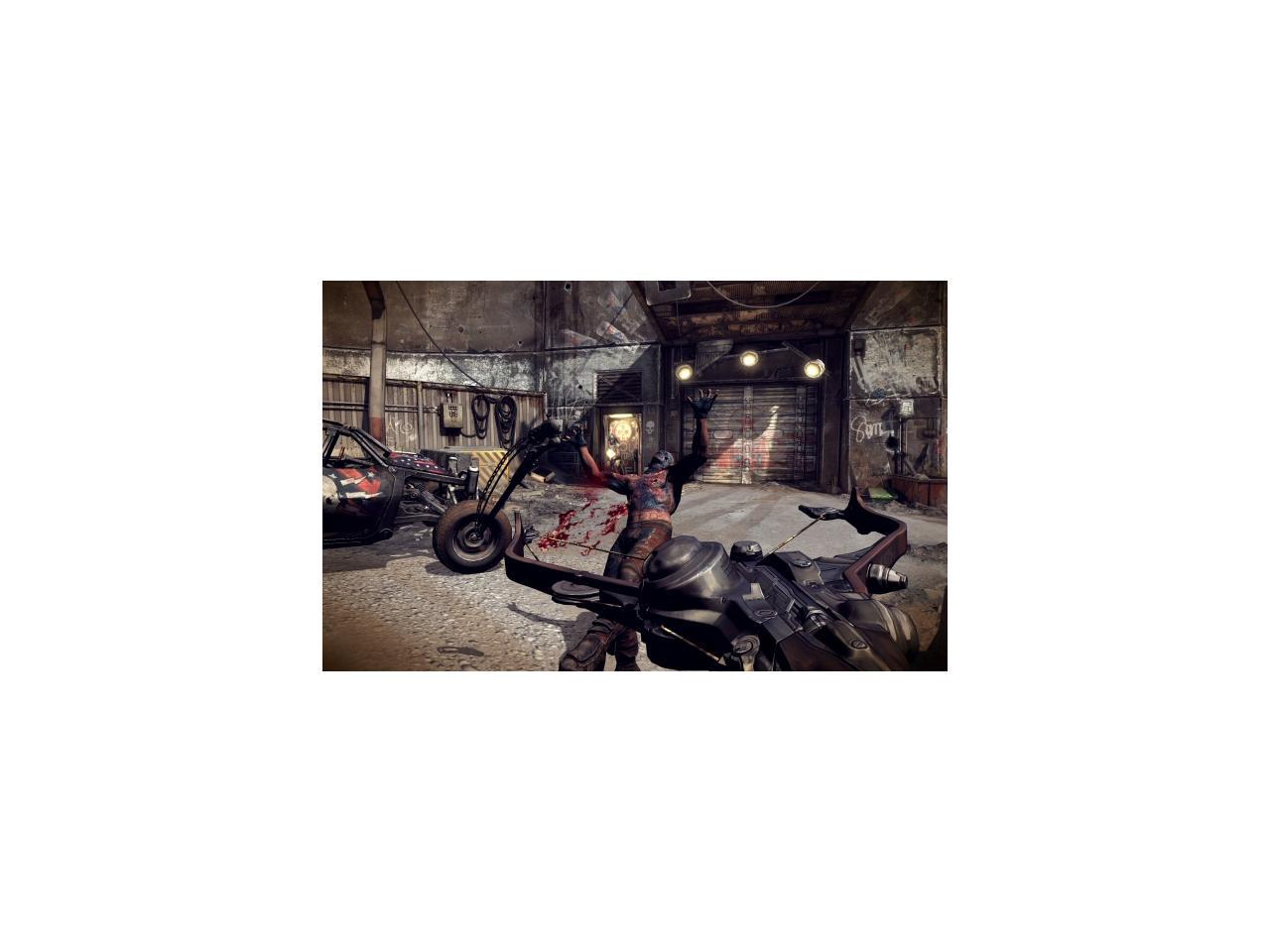 (87) Write a Review
OUT OF STOCK.
Overview
Specs
Reviews

Learn more about the Rage

Pros: Landscapes. Character animations during battles. AI. Lots of RPG content. Vehicles. Holds well over 60fps on my machine and probably any current PC with a decent mid-range card.

Cons: (Cons for current PC version) Textures are bad. Get close to an object and the surfaces begin to blur. I am really surprised that there is no way to change advanced graphics settings. A lot of environmental details are missing that one would expect from a highly and lengthily developed id game. For example when I look down, I want to see my character's legs. There is no "free look" while on vehicles, it's fixed. No leaning, that I am aware of. Vegetation looks flat. No vertical sync, results in screen tearing on fast PCs. The story and characters are forgettable... like getting thrown into a scenario for no interesting reason. I am really disappointed.

Overall Review: I was more than hoping for an immerse-able game from id. What we got was a slightly above average shooter with some RPG thrown in. I still plan to play all the way through as long as my interest stays up. I am hoping that id addresses the issues with the PC version. Played on [Ci7 930, 6GB DDR3 1600, GTX580, Win7 64, 1920x1080]

Pros: I rather like this game and it was a great value at $5 (on sale). It activated on Steam with no problem.

Pros: -This game is really beautiful when looking at a distance -The racing element really makes the game fun and helps to keep it fresh. -There are plenty of side quests.

Cons: -The ending is absolutely terrible and short. -The graphics up close are terrible...almost 8 bit. -The game felt too short.

Overall Review: This game was pretty descent but definitely not worth the 60 on release. I got it for 42 on release day but I still feel ripped off considering that the PC got the short end of the stick. I expected more from Carmack considering he got good from PC gamers.

Pros: Great visuals, fun/decent gameplay depending on the situation. Neat environments and towns. Feels atmospheric in several areas. Side missions and racing are nice extras (upgrading cars is fun, too). I didn't touch the multiplayer stuff, so I can't comment on that part.

Cons: If you like long campaigns (and complete storylines), don't expect too much from this game. It's really cool in some parts, but then they just end too fast (at least for me), or some segments are just left unexplained (won't say to avoid spoilers). To make it longer, focus on all of the side missions and it should be more enjoyable.

Overall Review: Some people did have serious issues getting this game to work at first. It didn't work for me either at first, but I was able to quickly find a fix/tweak guide online, and all I had to do to get it working was (surprisingly) just disable triple buffering in the Catalyst Control Center (using an XFX HD 6870 btw, in case the issues were more specific to some cards). I had to perform some other tweaks to get textures to look good (which seems fixed now anyway from patches). The Authority soldiers look really cool.

Pros: The graphics are visually stunning as to be expected. Fully customizable controls. I was able to configure almost all of the controls into my gaming mouse through the internal configuration. The combat engine is superb for what it is even though you can more than obviously tell on every single encounter when it is going to happen. I am currently running a fully customized Alienware Aurora R3. I have dual 32 inch monitors and this game runs amazingly across both of them. There are lots of side quests and plenty of items to find. Including a really interesting collectable card game where you can put your deck against two different opponents decks for credits(money). Multiple Ammo types for each weapon. Multiple deployable systems to help you as well.

Cons: They want you to feel as if this game is open world, however it is absolutely not. It's VERY linear and if you try to even consider exploring a location that is not where they want you to be, you'll find your character automatically killed or it just won't let you go. There are hundreds of places that look like you can walk to, or climb or even drive to. But in the end you just can't. Average game time if you examine every little spot available is around 12 hours. Anyone who spends more time than that is re-running races and spending time driving around killing the few enemies that there are that do respawn (only bandit vehicles) As I just stated the only units that respawn for fighting are vehicles with the occasional sewer (DLC only) respawning for a job off of the job board. There is no leveling system. And if you want additional health you will need to make a special formula which you can only do 6 times not even doubling your base health of 100. See other thoughts.

Overall Review: ***Spoiler alert at bottom of this*** For those claiming you need third party software to play this title, this is simply not true. However what you will need is a high end system to enjoy this game out of the box. If not, you might be in need of several driver updates. Or for most of you, a new video card. But guess what? It's almost 2012, that video card you bought in 2005.. Just won't cut it with fully HD and 3d graphics. The ending only tells you that you will be buying downloadable content if you want any sort of completion to the story line. As the ending is a 15 second cutscene that has no audio. And no resolution to the story itself.

Pros: The game was gorgeous to say the least. Not once did I find any of it visually boring. It left me with a sense of wonder why and how many things became to be. Combat was rather solid as well despite how easy the game was.

Cons: I will only say quickly about the problems to get it to work as there are plenty who have already stated how poorly this went. For those lucky enough to be able to start it up at first with no problems, good for you. Now, to get in the rest of the game. I am first off surprised how quickly people are able to just live with the junk the game offered. The controls were horrible on PC in both the menu and the racing. Many of my controls I was able to change what buttons I wanted too but when it came to the in game menu, I had to chase down the cursor. In the driving portion the camera was locked to the car, you could not look around. All the encounters were easy to spot when, what, where, etc. There were no surprises except for the end. When you get the big gun, just go ahead and use it. My biggest complaint is the false sense of control the game gives you. Making you think if you don't want to do this quest now, there are tons of things you can do, this is wrong unless you like racin

Overall Review: For a game like this, the lacking story, horrible controls, and short sighted design, I will think twice next time iD puts out a game. I would say I am truly disappointed with how iD handled their release on the PC. This would have been expected from a new company, but not from one that has been around as long as iD. If you really want to play this game still, I suggest buying it for the console.

Pros: Worked for me. kinda.

Cons: Worked on my older computer with 8800gt graphics card better than with my newer radeon 5700 series card. Total bunk because I have not had this issue with other games and the newer card should definitely work better do to its more advanced design. Can understand that this generation of card (1st gen directx 10) was probably used to test based on its install base but can not excuse not having stable drivers for current generation and even the previous generation cards no matter who designed the chip. ID should have done a lot more testing on a wider variety of machine combinations before launching this game.

Overall Review: Was not expecting the kind of hoop jumping i needed to do to get this game to work. I'm in my early thirties and I have to say that This release really made me think "why didn't I buy this on console?" for the first time in all my years of PC gaming which really gave me a moment of pause. Not trying to complain but this is exactly the B#@%S*&t that is killing pc gaming and drives ordinary pc users to buy Macs.

Pros: ID5 engine, decent graphics (if they work) it starts out okay (not fantastic), but then you are forced to into car racing.

Cons: Its not really a shooter. Its not a role-play. what is it? Well its not so good at anything is what it is.. if you don't like driving games; (as I don't) this game annoys you, You MUST drive and must race to play the game. (1-2 hours in, and you are forced to race to continue. no options. PC driving controls are horrible. The controls for racing ASSUME a game-pad controller. You need 3 hands to play effectively on a KB+Mouse combo. ID didn't even test current against PC hardware, as its only playable with the latest AMD and NV video drivers. just barely. Shooting a enemy if they're stumbling/stunned; does zero damage. you're just wasting ammo. if they're on their knees; you can walk up to them with a shot gun - point bank; and empty a clip - no effect It looks like an open world, but its not. its clearly defined roads within a broader map. You cant even jump over a tire into the non playable areas

Overall Review: Carmac has admitted they paid ZERO attention to PC users. and it shows. RAGE is what you feel playing this game on a PC in its current form. Maybe with a major patch, the KB+Mouse controls it will get better; but how will they fix the stupid racing elements. (other wise its 1-2 eggs) As usual, ID makes the engine.. Wait for someone else to make a good game with it. Rage == borderlands minus originality, and bad console port. another supposed AAA title let down this year...