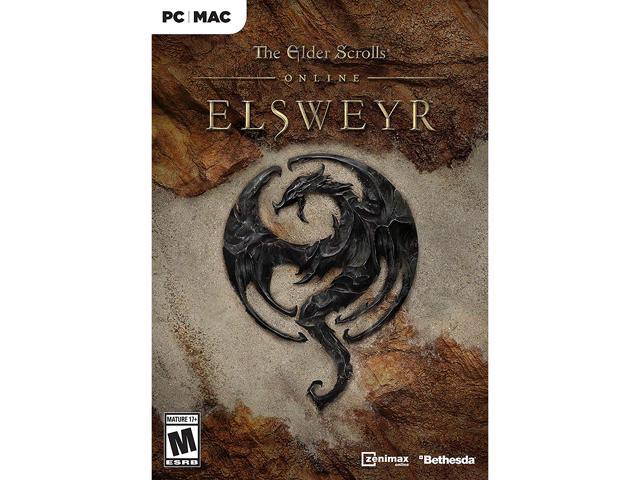 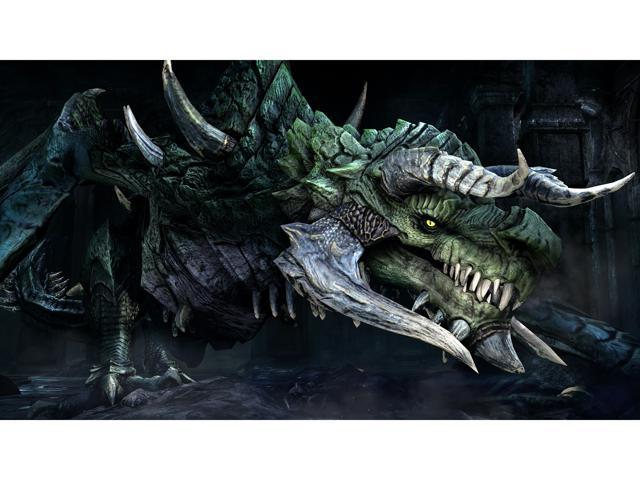 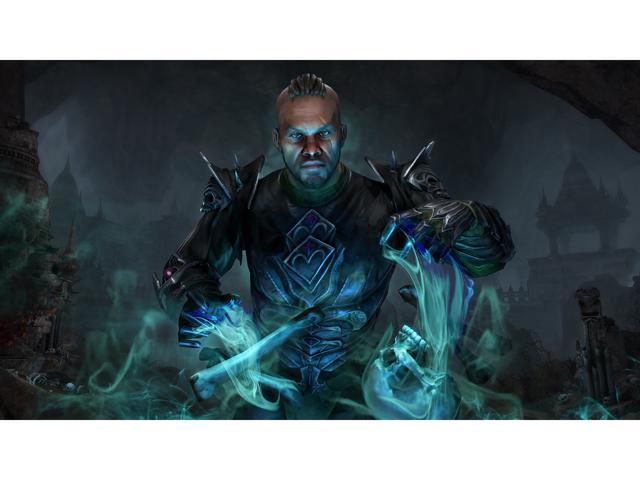 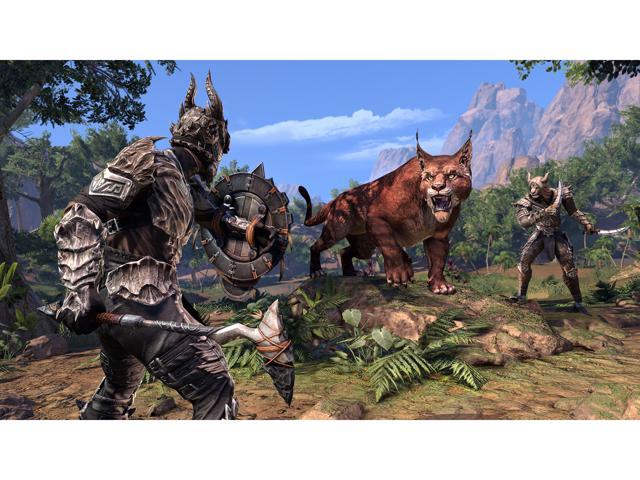 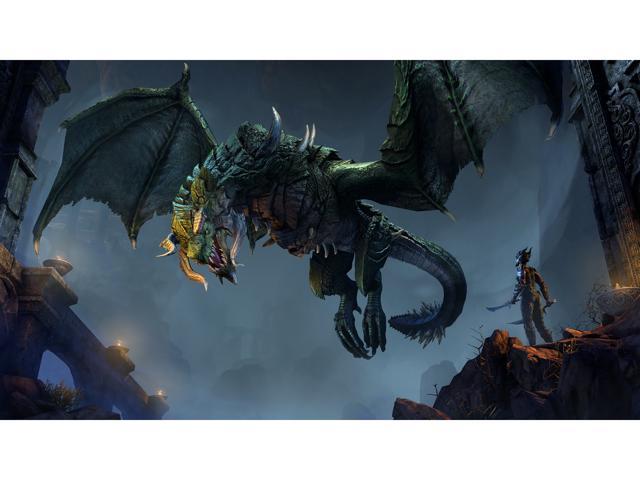 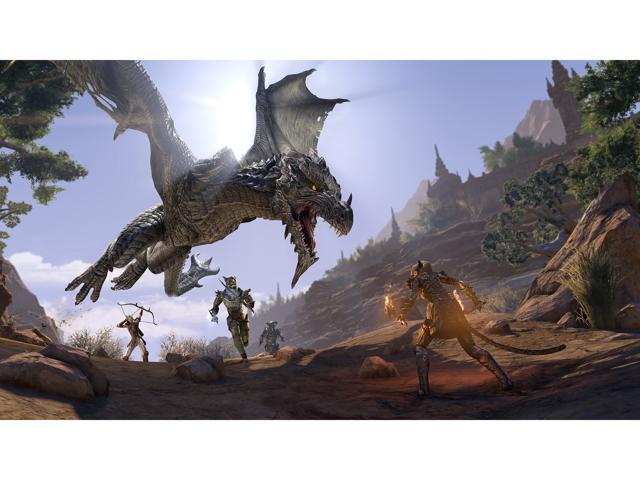 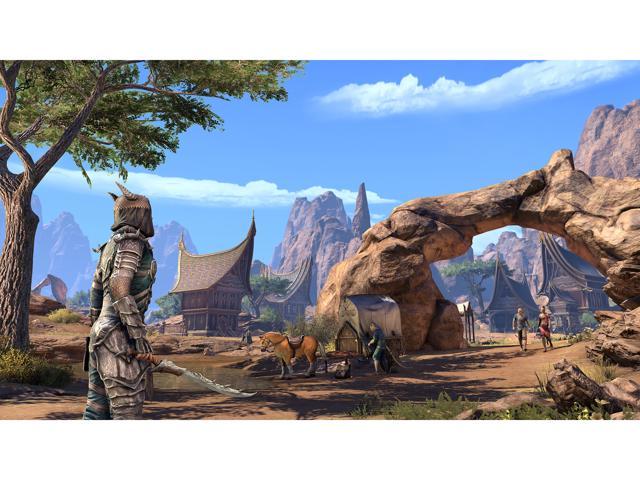 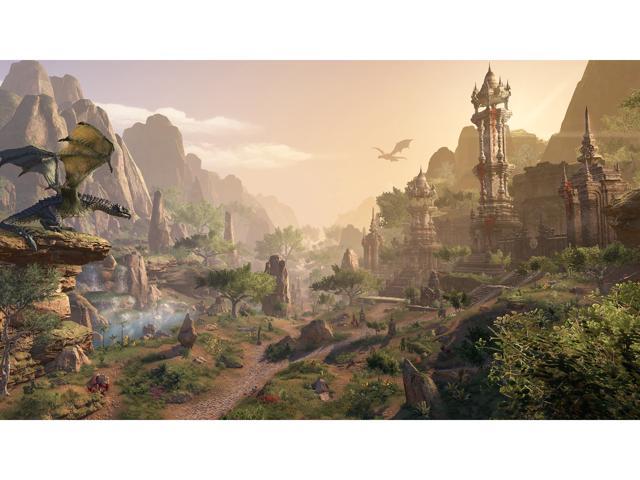 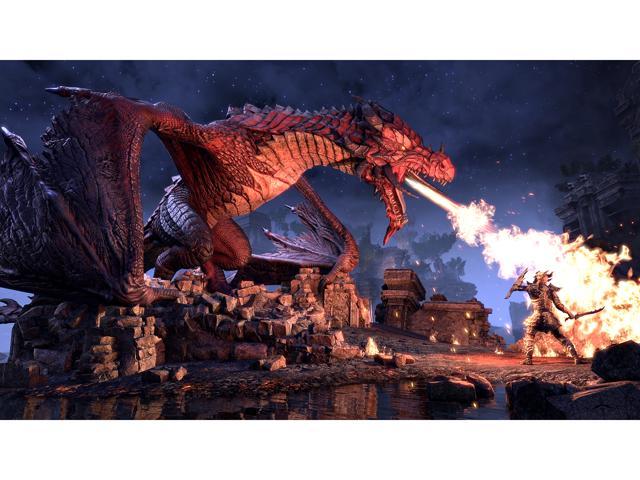 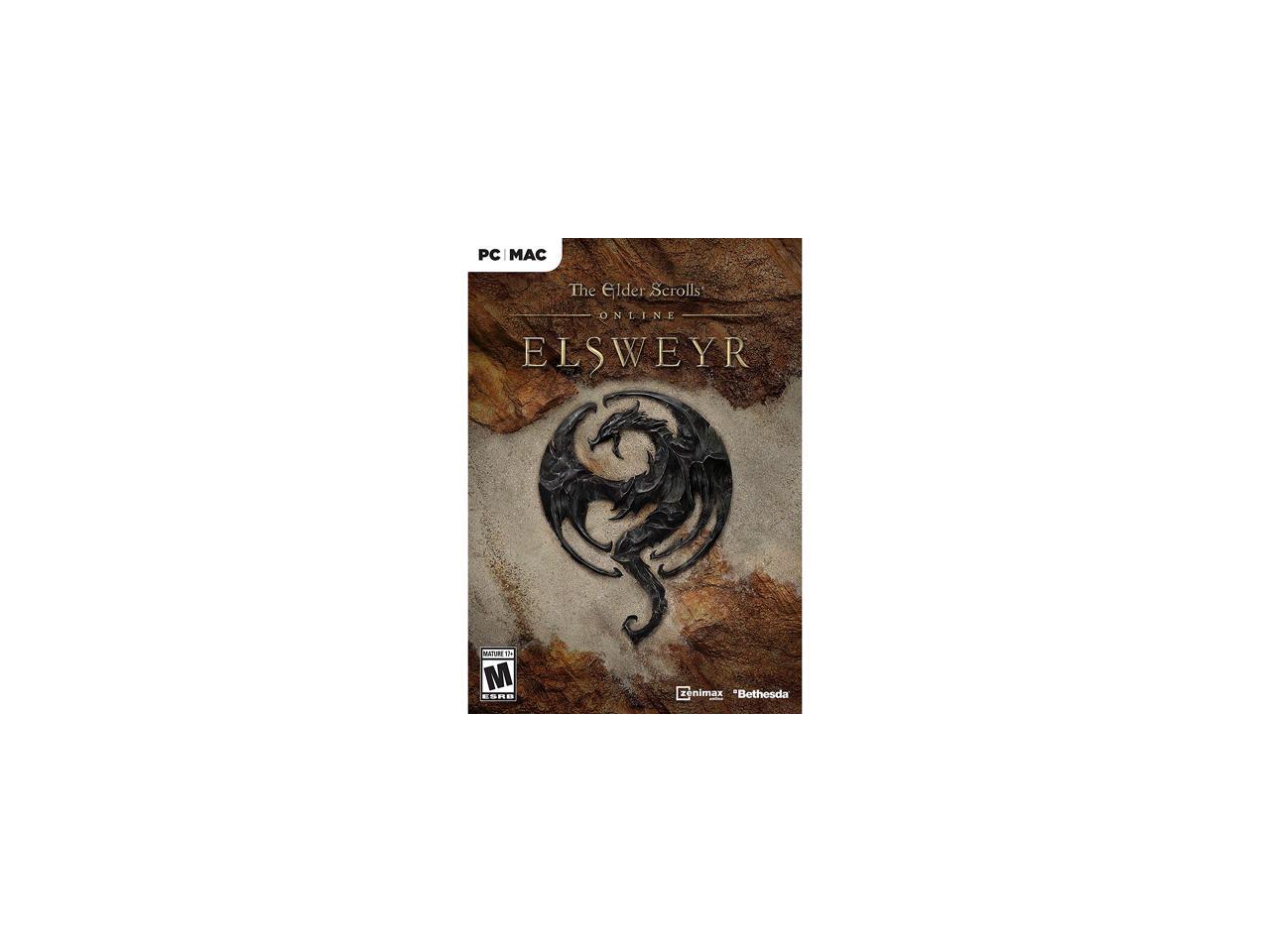 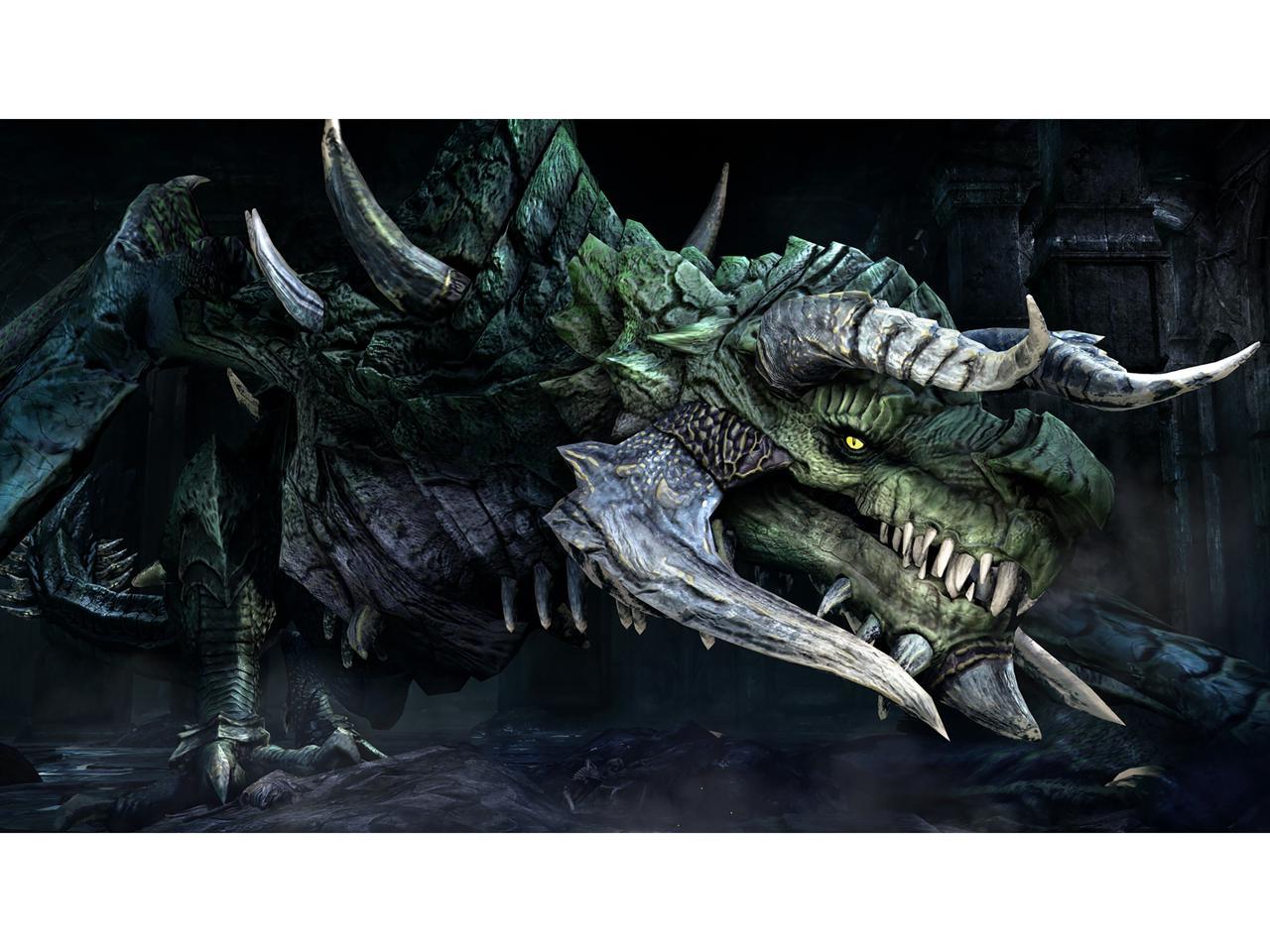 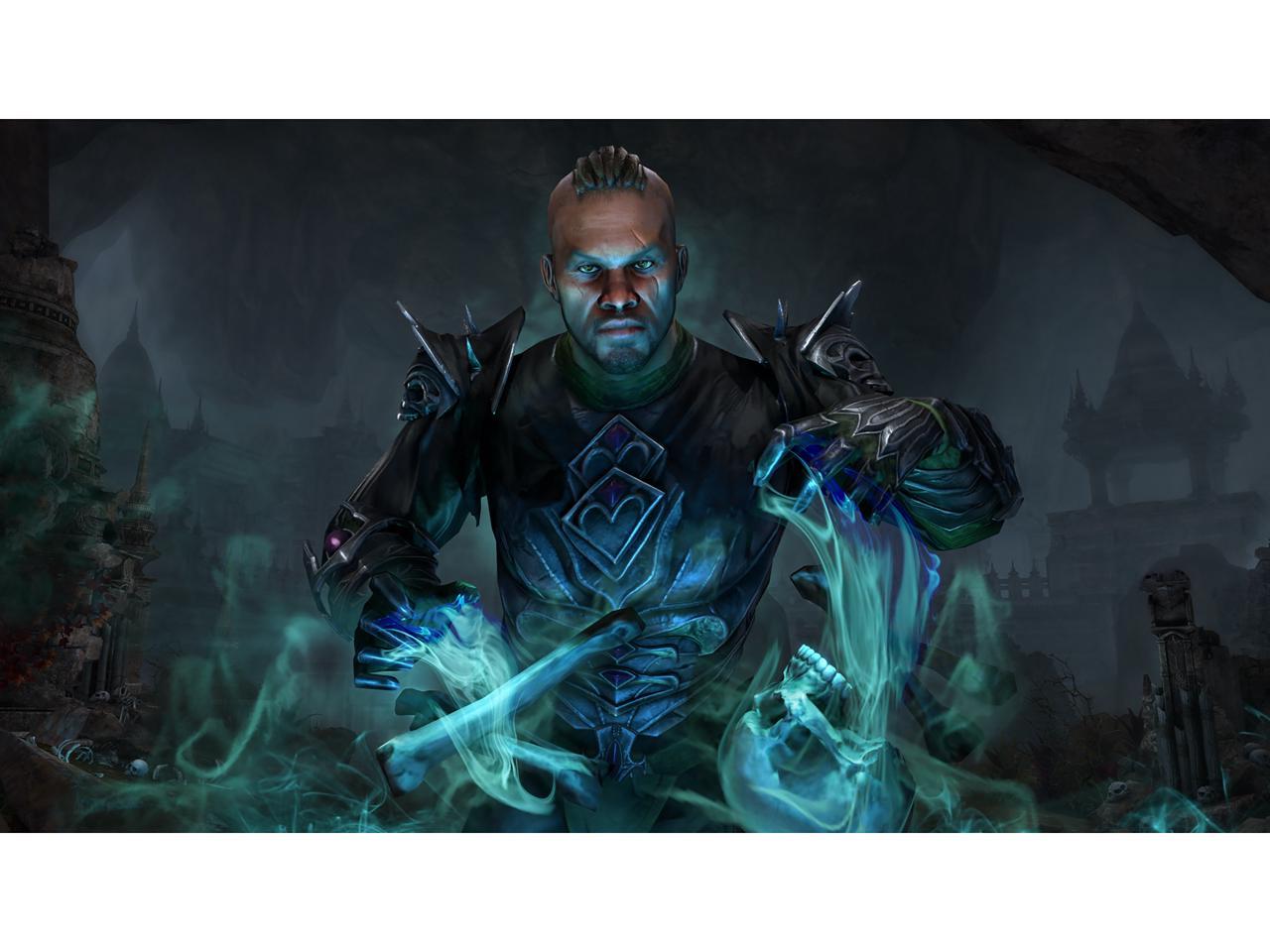 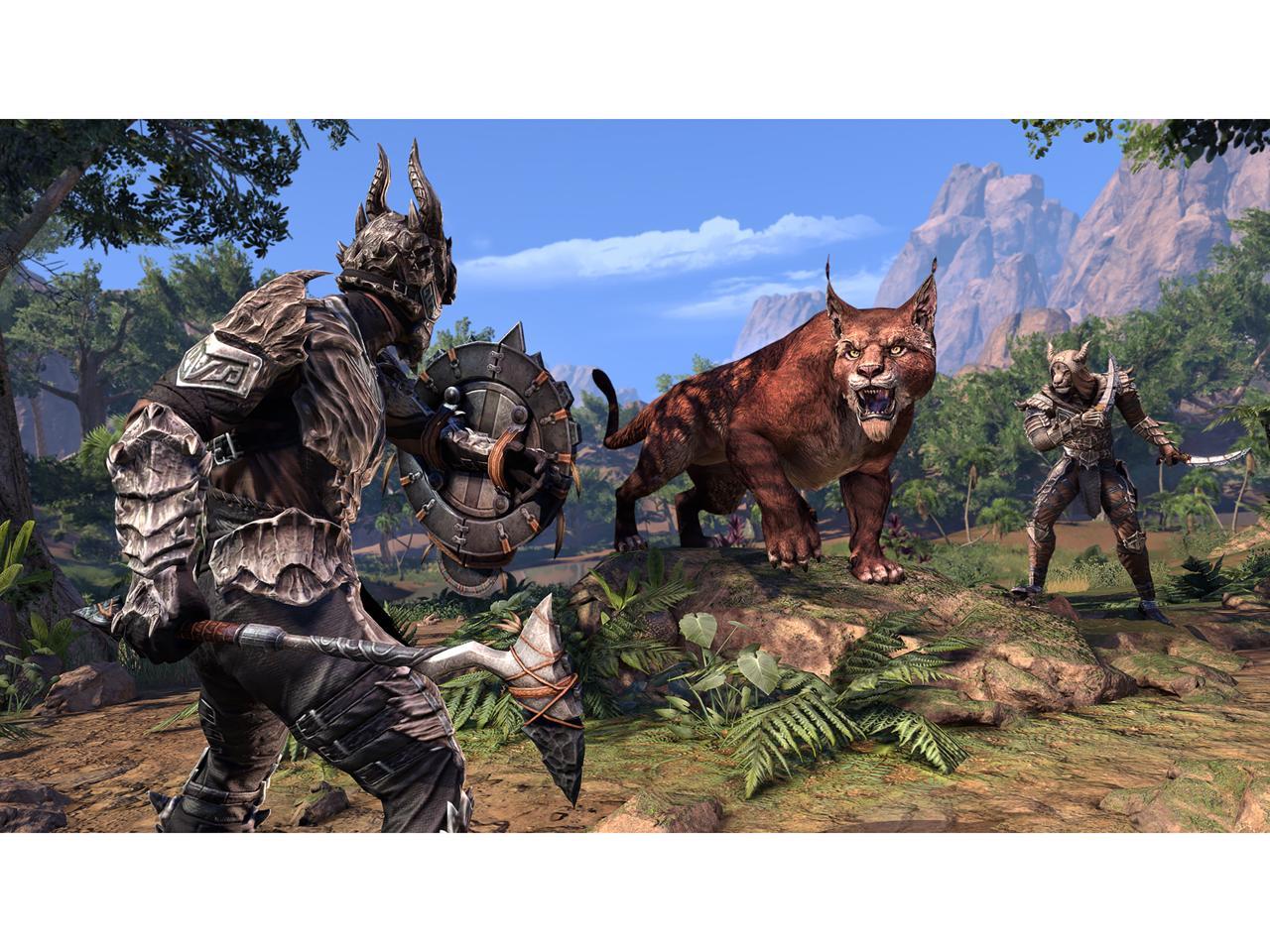 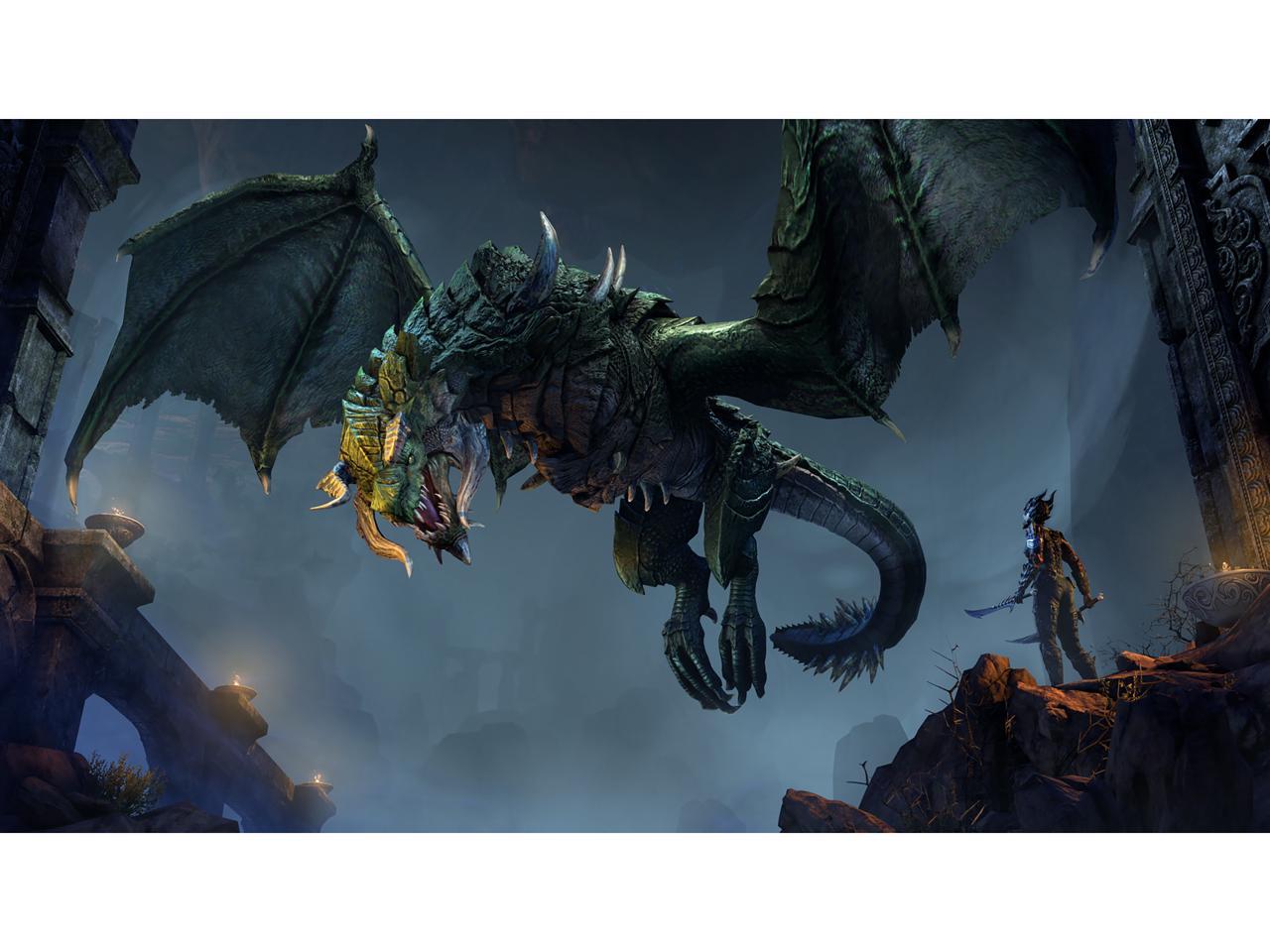 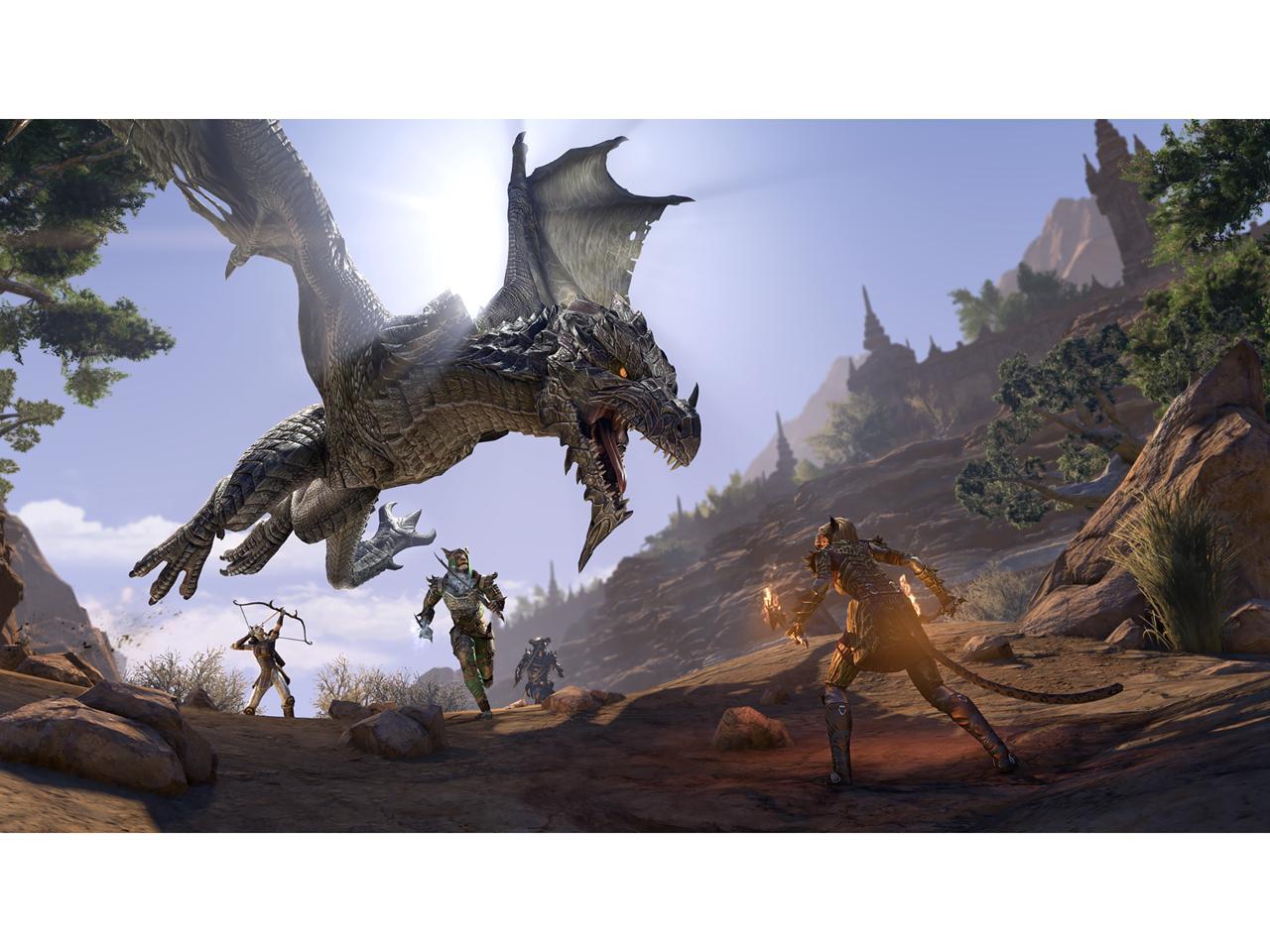 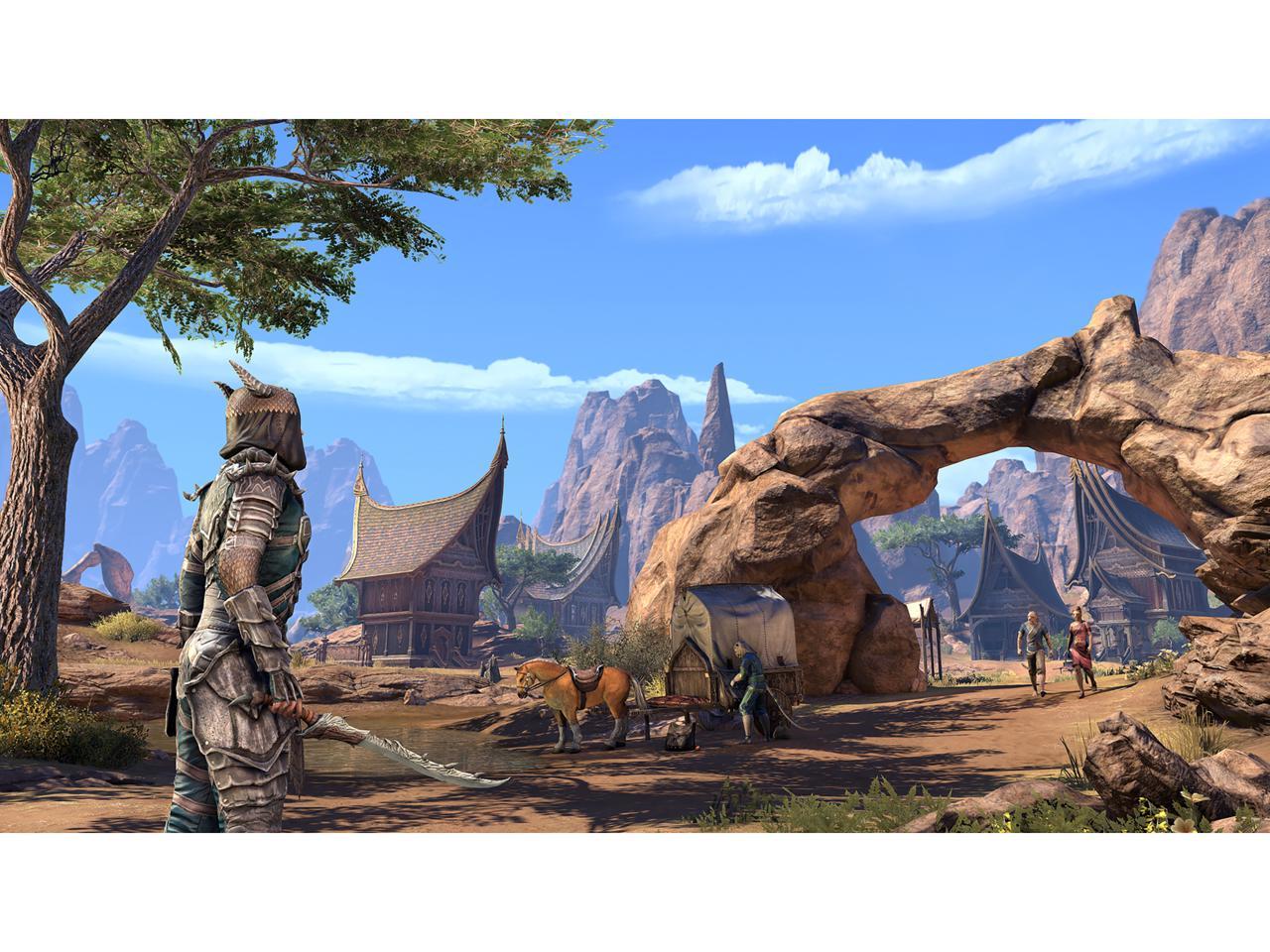 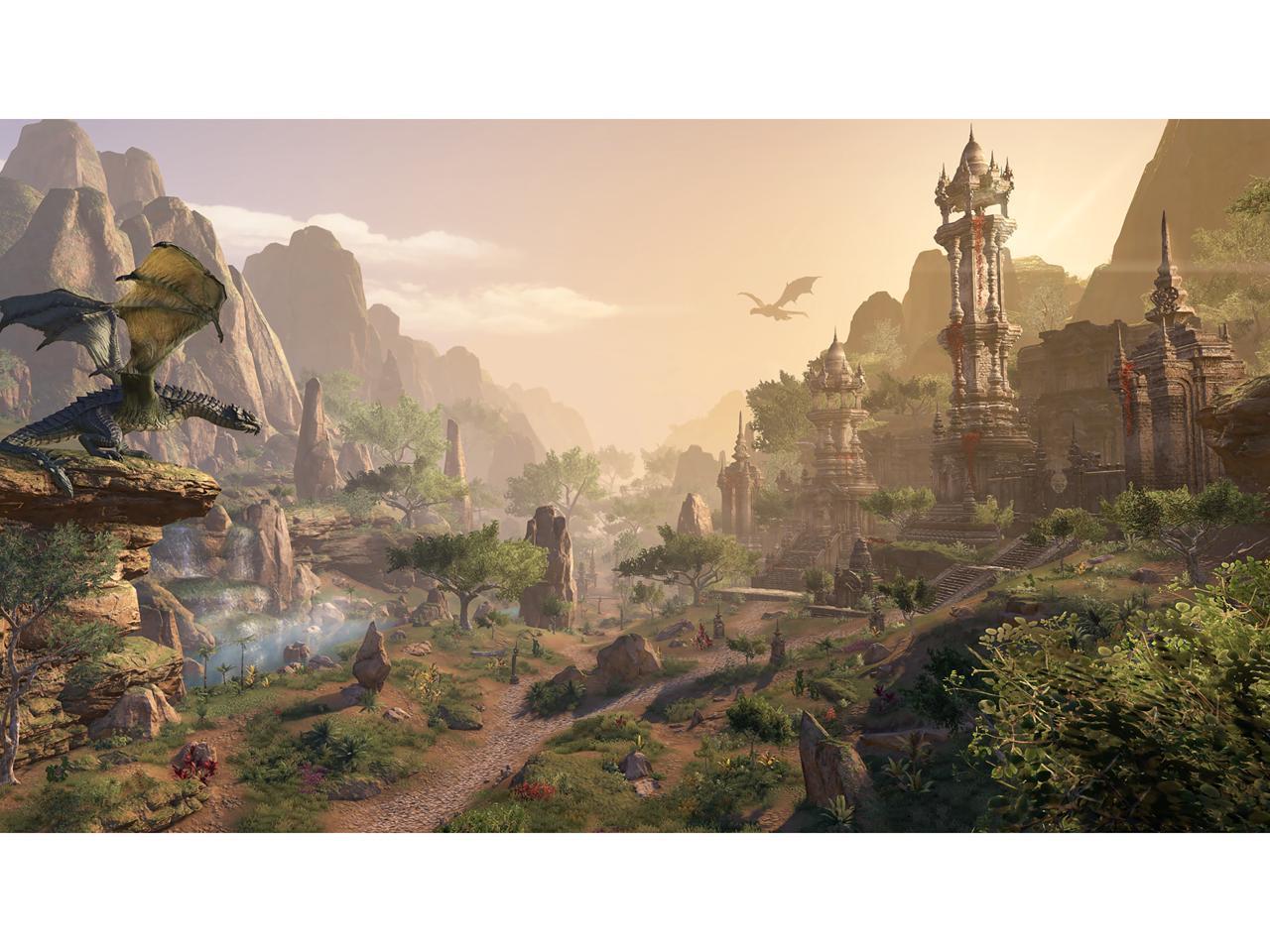 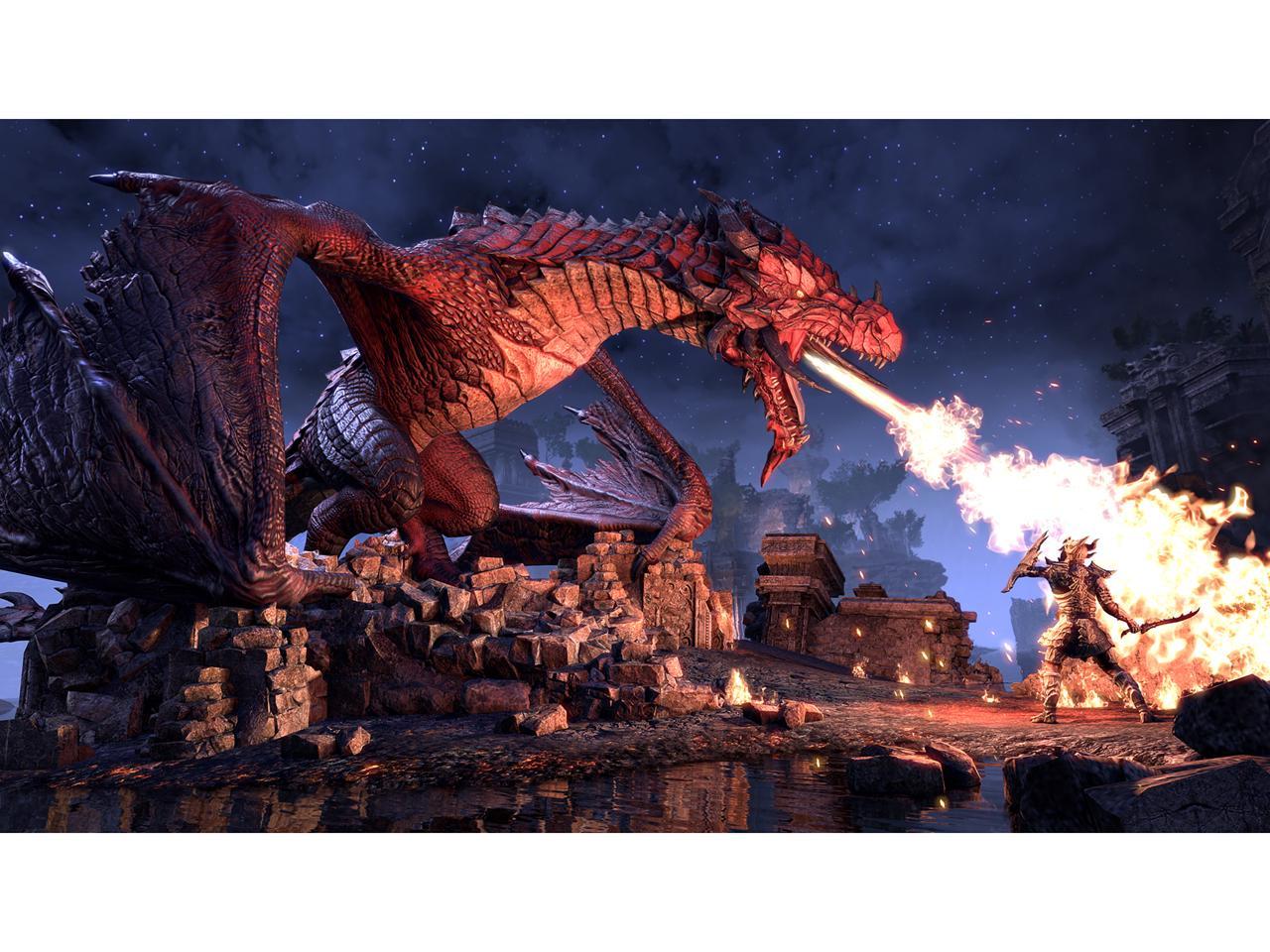 Be the first to review this product...
See more "the elder scrolls online elsweyr"
In stock. Limit 3 per customer.
Ships from United States.
Please note that this product is non-returnable and non-refundable.
Digital Delivery Available. View
Overview
Specs
Reviews

THE SEASON OF THE DRAGON Tamriel has always been home to those who practice the forbidden arts—though shrouded from public view. Now, make the undead serve your will with the all-new Necromancer Class! DRAW FROM THE POWER OF DEATH ITSELF

All of Tamriel’s dead are a resource for you to manipulate and exploit—as nothing is forbidden for those who seek to master the dark arts. The Necromancer Class brings a new kind of tactical play to The Elder Scrolls Online, allowing you to summon the undead and make use of corpses in order to overwhelm your enemies and empower your attacks.

When playing as a Necromancer, you must carefully position yourself and your abilities for maximum effect, giving this new Class an especially tactical-but-deadly playstyle.

DEATH IS A WEAPON

This new class brings three unique and formidable Skill Lines for you to master, no matter how you play the game. Overwhelm your foes with destructive elemental spells, encase yourself in protective bone and flesh, and bolster you and your allies with living death magic. Whatever your role, the Necromancer Class brings you powerful new tools.

Imbue the dead with frost, fire, and lightning to bring ruin upon your enemies. Raise relentless hordes of the undead and allow your fallen enemies to intensify your unyielding assault.

Bend and break the dead to your will and use their remains to create impenetrable barriers and extend your own life. Control the battlefield with the bones of the departed.

Draw from the power of life and death to replenish and restore your allies. Resurrect your defeated comrades and keep them in the fight.

THE DRAGONS HAVE RETURNED

Once thought lost to the mists of time, fearsome Dragons now soar the skies of Elsweyr, leaving scorched ruin in their wake. In The Elder Scrolls Online: Elsweyr, you must discover the dark purpose behind their rampage in a new epic story and prevent the destruction of the Khajiiti homeland.

Take heart, for these scaled monstrosities are not invincible, and with the right planning, tactics, and tools they can be brought to the ground and even killed. Coordination and skill are key to overcoming the Dragons, but if you succeed, you'll reap rewards not found anywhere else in Nirn. Beware the skies, walker! In The Elder Scrolls Online: Elsweyr, you can venture further into the homeland of the Khajiit than ever before. In this wild and untamed land, explore fertile grasslands with stalking predators, winding canyons whose shadows hide bandits and worse, and wild borderlands where the Khajiit grow their famous moon-sugar crops.

Elsweyr's capital is the beautiful city of Rimmen, currently occupied by Imperial mercenaries, where the local Khajiit are equal part residents and captives. Beyond the city, meet wandering nomads, navigate the scorching deserts of the Scar, and explore timeless Khajiiti ruins that are not as abandoned as they might seem.

The incredible home of the Khajiit is a land filled with adventure, mystery, and—for those who go looking for it—danger. Dragons have overrun the ancient temple of Alkosh and claimed it as their own. You and your 12-player team must enter Sunspire, explore the temple, and put a stop to its new inhabitants. Exclusive gear and collectibles await those brave enough to stand against Nahviintaas and his followers. You can find adventure around almost every corner of Elsweyr as you venture into this majestic new zone, including challenging World Bosses, immersive Delves, and huge Public Dungeons. Whether you play solo or as a group, Elsweyr is filled with countless dangers and challenges. Venture into the heart of the Khajiit homeland and discover first-hand a people and culture unlike anything else in Tamriel through interesting stand-alone quests and the exploration of a vibrant, living world. Experience a fascinating land filled with colorful characters and stories as you uncover what really makes the Khajiit so unique.

Learn more about the The Elder Scrolls Online: Elsweyr