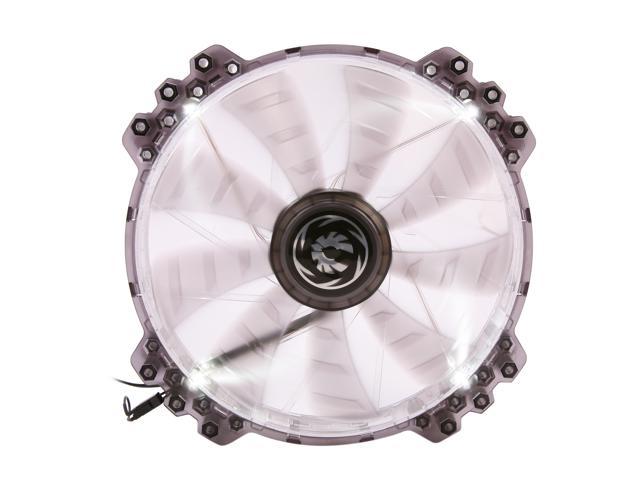 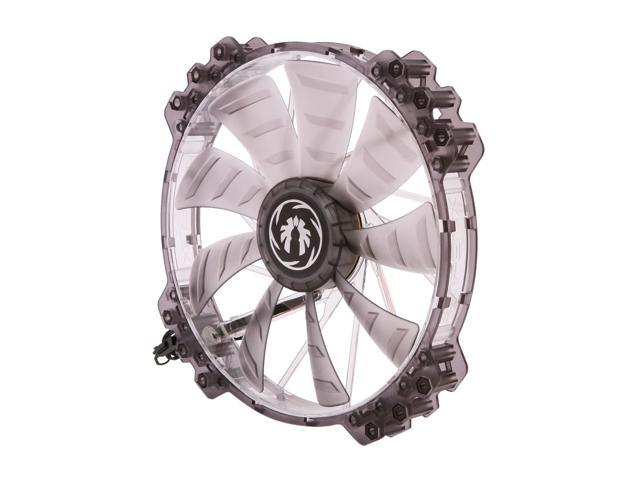 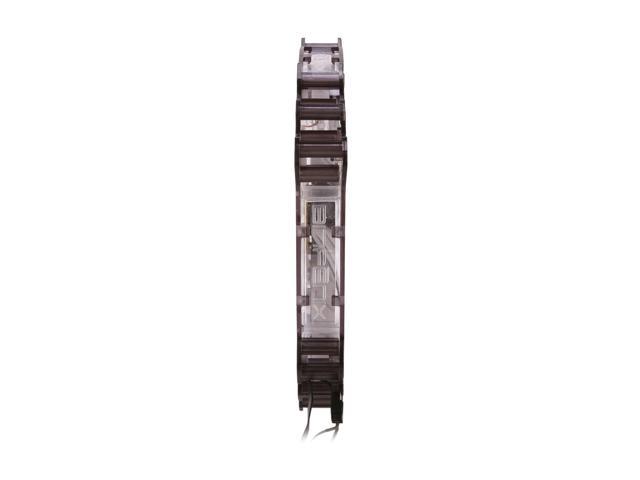 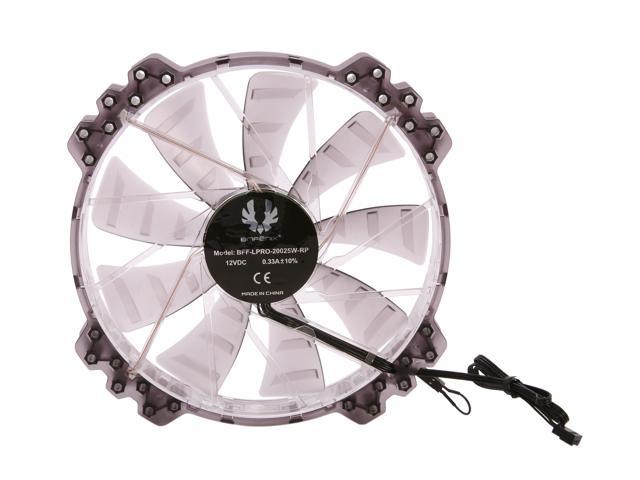 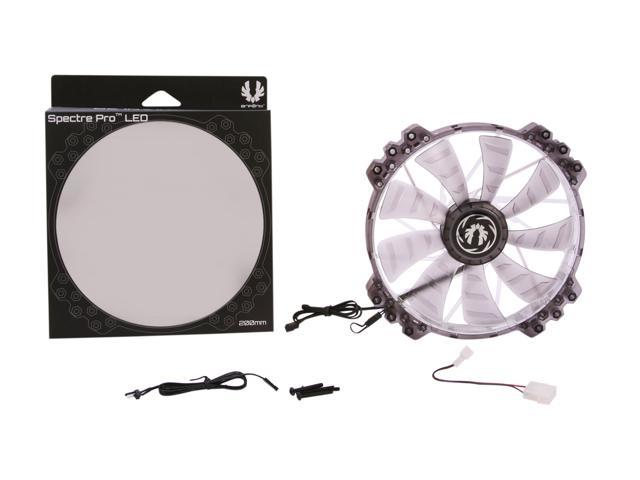 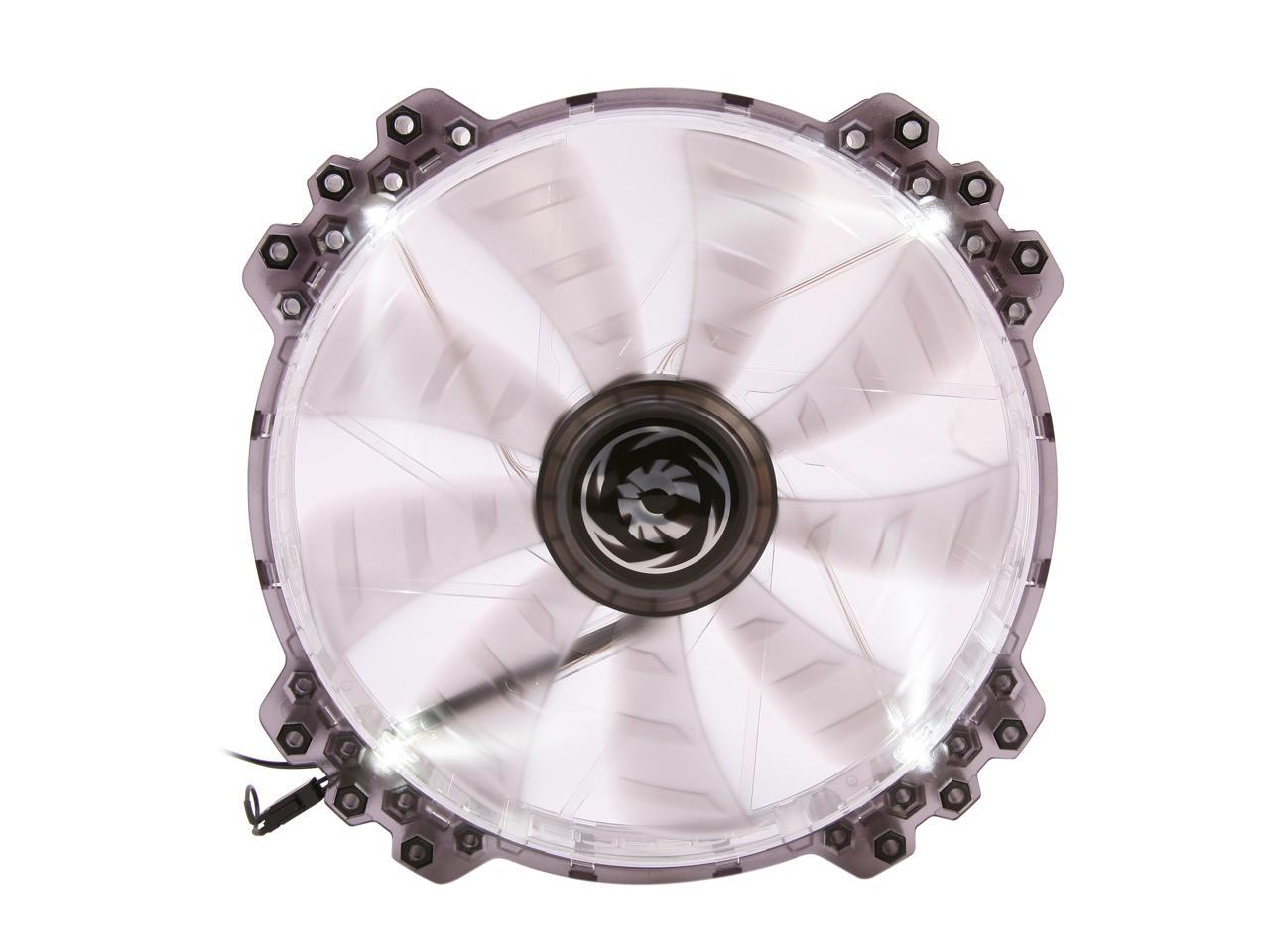 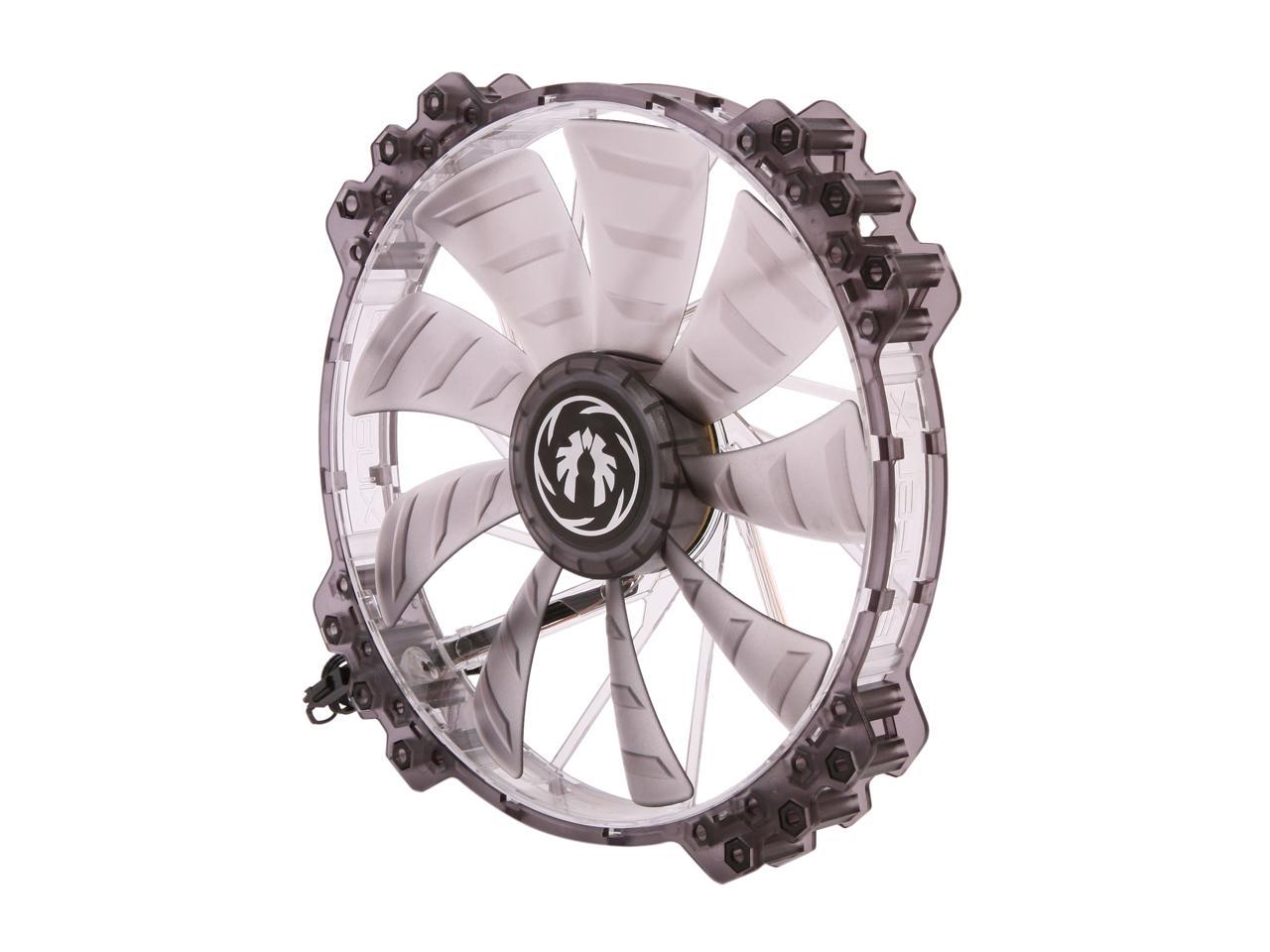 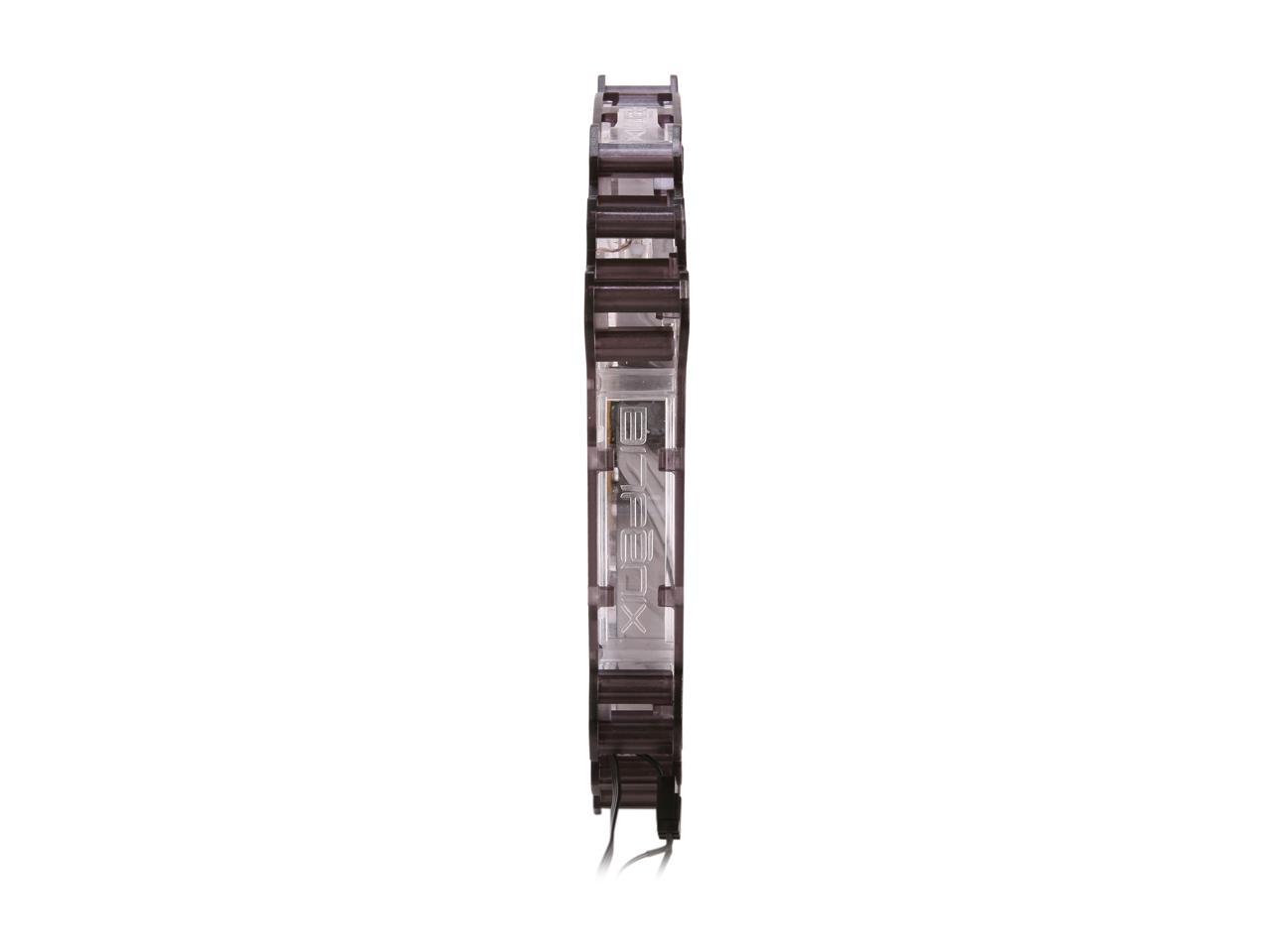 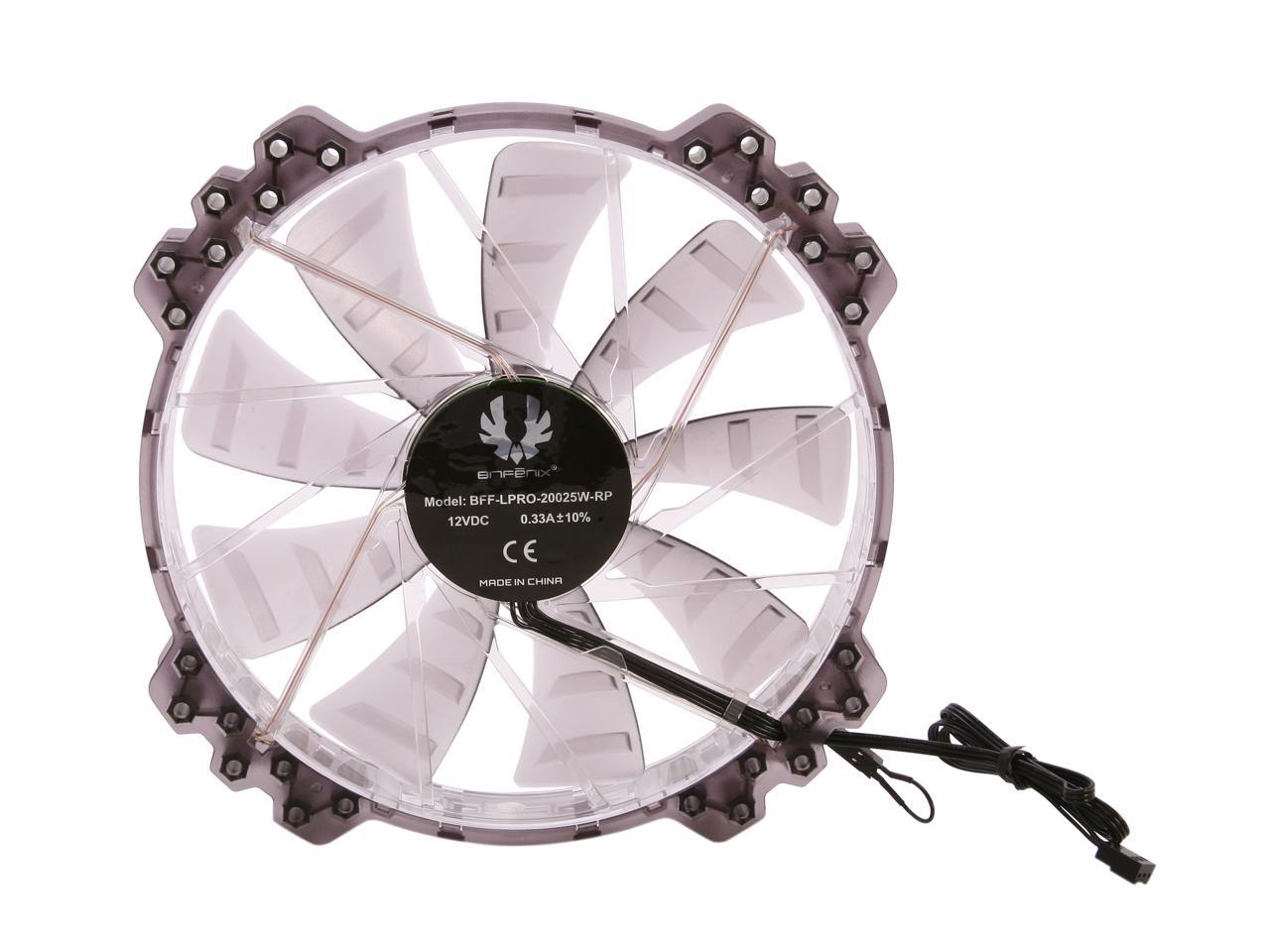 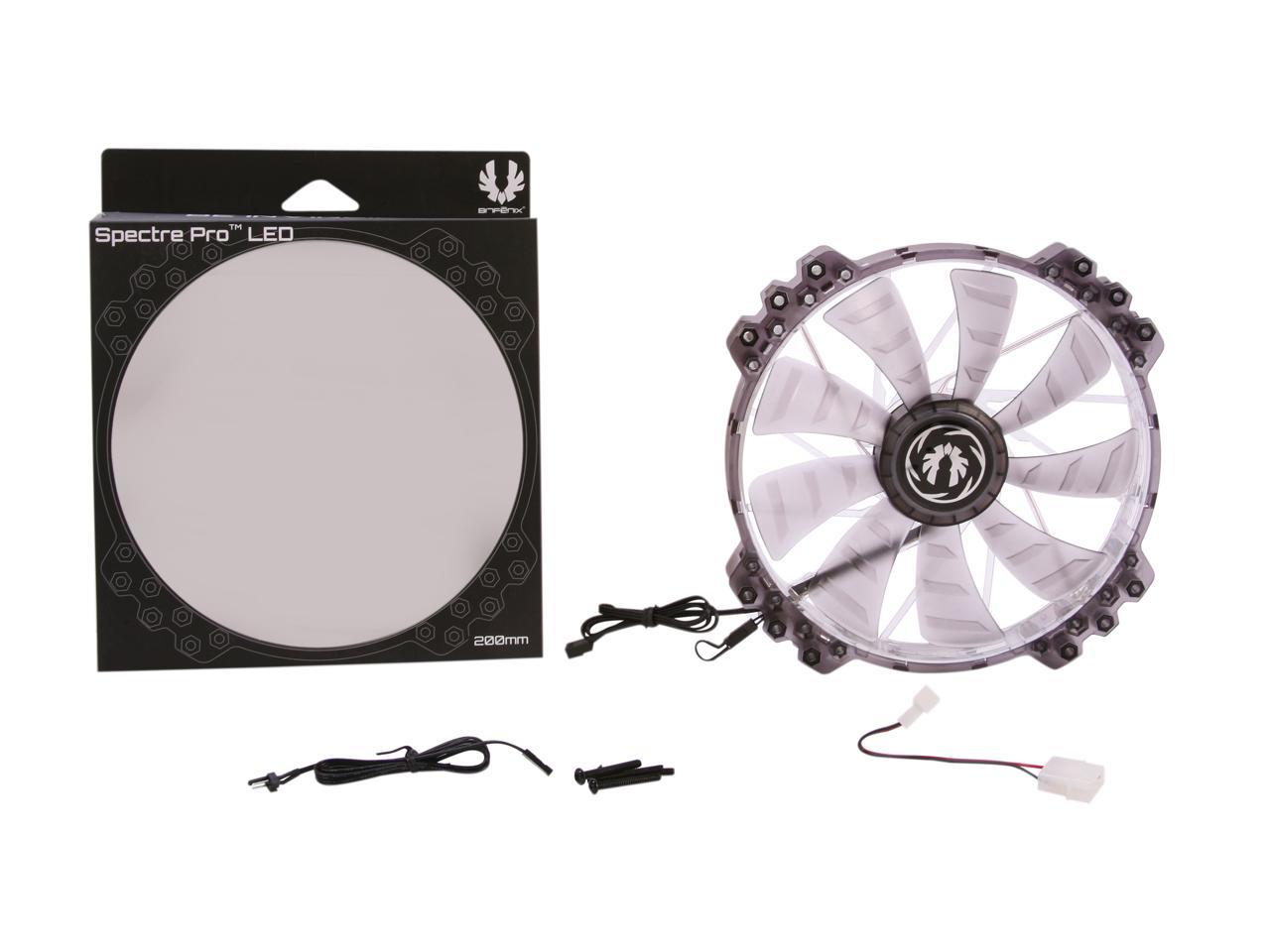 Harness the fury with the Spectre Pro LED Fan Series.

Pros: The fan is fantastic. Moves much more air and is just as quiet as the stock if not more so. The LED looks nice and is not overpowering. I Installed this fan on my Corsair 600T. It fit the front intake however I could not get the drive bays to fit back on. I have read online that people were able to do this but i could not. I just put them in the extra spot on the left. The fan will not fit the top exaust without case modding due to it being 25mm thick (the stock fans are only 20mm.)

Overall Review: As long as it will fit you will not be dissapointed!

Pros: This is the BEST 200mm fan out there on the market. 148cfm on 900rpm is absolutely absurd and no other company as a fan of this calibur. Also, this fan is silent even at 12v.

Cons: Not sure if it's my MB but if plugged in to MB won't spin at full 900rpm even fan headers set to 100%. Connected directly to PSU.

Cons: Pulled My Dust Mesh in close enough for fan blades to rub on it and make noise (at 40% fan speed) I added 8 (6mm) washes to space the filter and fan apart, worked great even at max fan speed. This this moves air!

Overall Review: i will be buying another to replace my 200mm front fan. I love this fan. Great at cooling GPU's if you have a compatible case, i'm using TT Chaser mk1. Helped lower my mother board Temps as well.

Cons: My last 200 mm fan was also a BitFenix but a lower grade model and it didn't last very long (about a year), hoping the "Pro" model lasts a bit longer!

Overall Review: would recommend this product for someone looking for a relatively affordable 200mm fan that still looks good. Some of the other options are terribly hideous to look at! Bonus, it pushes enough air that I'm getting a nice breeze beneath my desk!

Pros: Price is OIK Only 200 mm fan with white LED

Cons: No instructions. Too loud

Overall Review: This was the only 200 mm fan with white LED that I could find on Newegg, and the price seemed OK to me. I am a novice case modder, so I had to Google to figure out what all the wires represented and how to use the rubber mounting anchors. I thought they should have included a simple instruction manual in the box. My biggest criticism is this fan is too loud. Even with the low voltage adapter, there is an audible and annoying hum. I have it mounted in a Coolermaster HAF 922 case sitting on my desk to my right about 2-3 feet away, and it's too loud for web browsing or listening to music in a quiet room. Before this fan, I had two 120 mm fans that were actually quieter. Without the low voltage adapter, it pushes a LOT of air and is really loud. I don't know how anybody can deal with the noise unless your further away/on the floor, or sealed up. I really wanted to like this fan but my hunt for a quieter rig will continue.

Pros: Replaced my front intake 200mm with this fan and dropped my tempts 10c ! Will be purchasing another for side panel.

Cons: Didn't fit my overseer rx-i snow edition case too well , had to modify my front panel but after snapping away some of the useless plastic I got it to work. Took only 10 min though to figure out which pieces I needed to break basically lol.