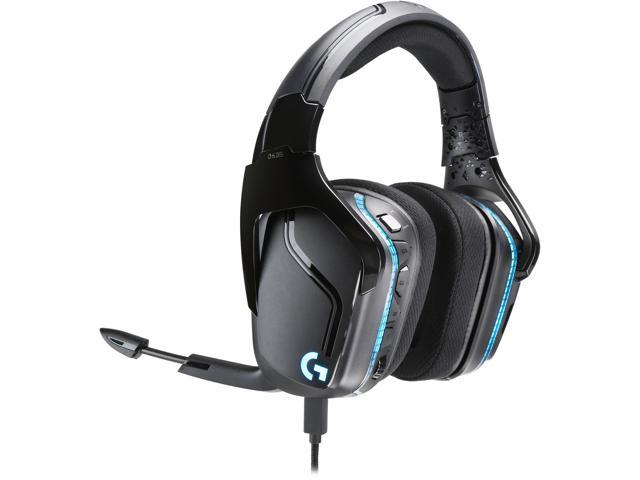 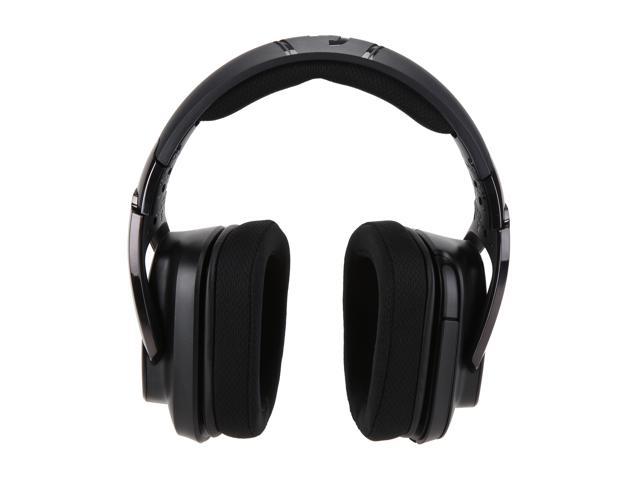 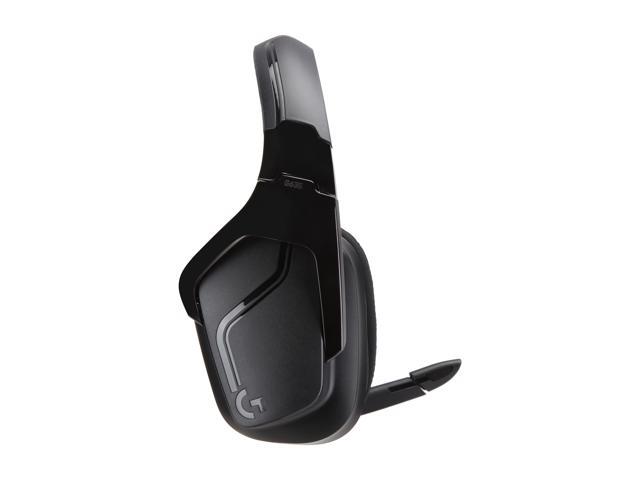 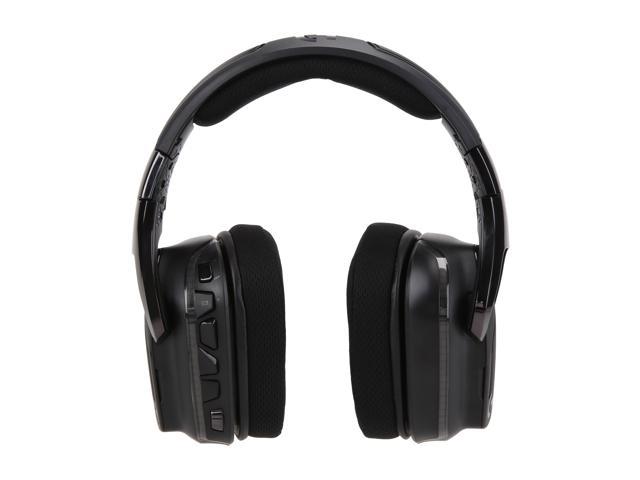 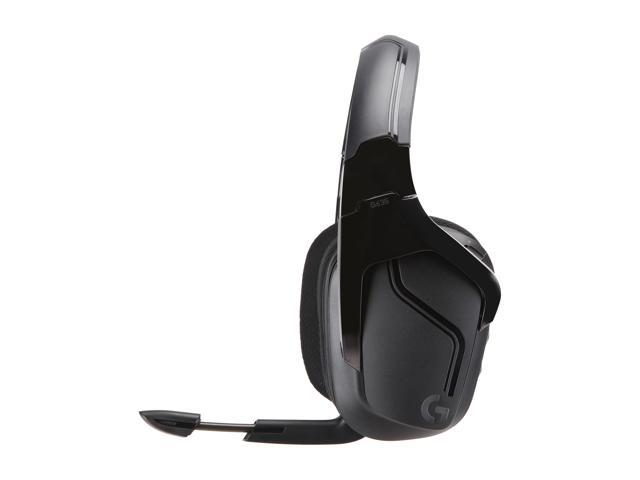 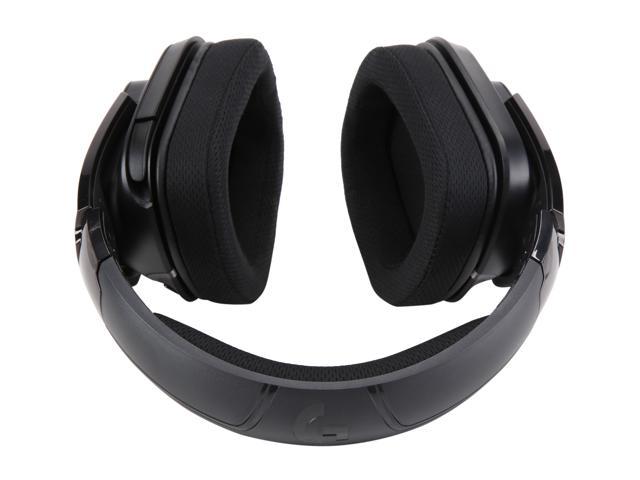 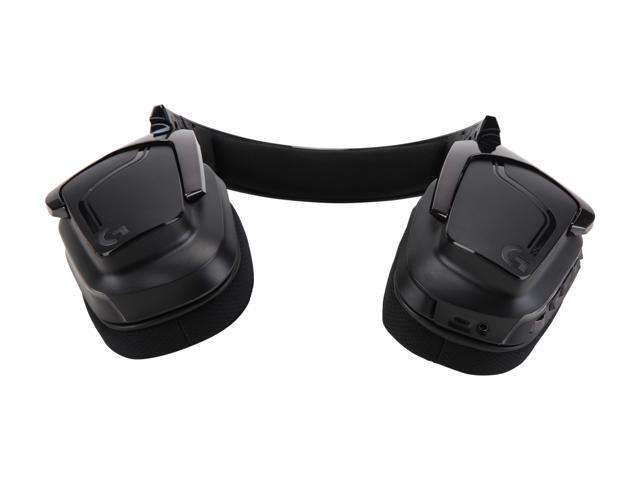 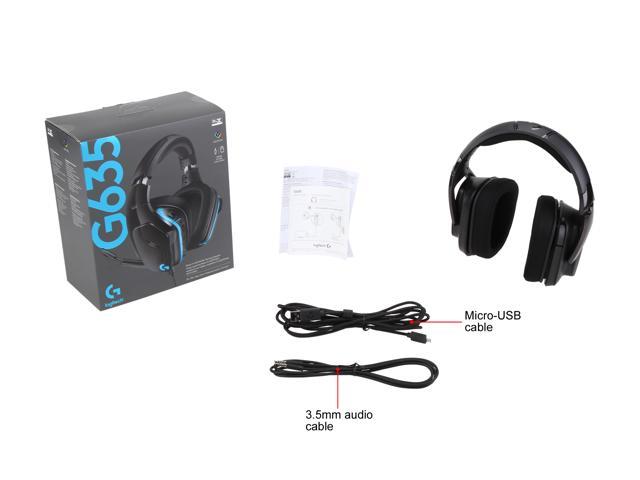 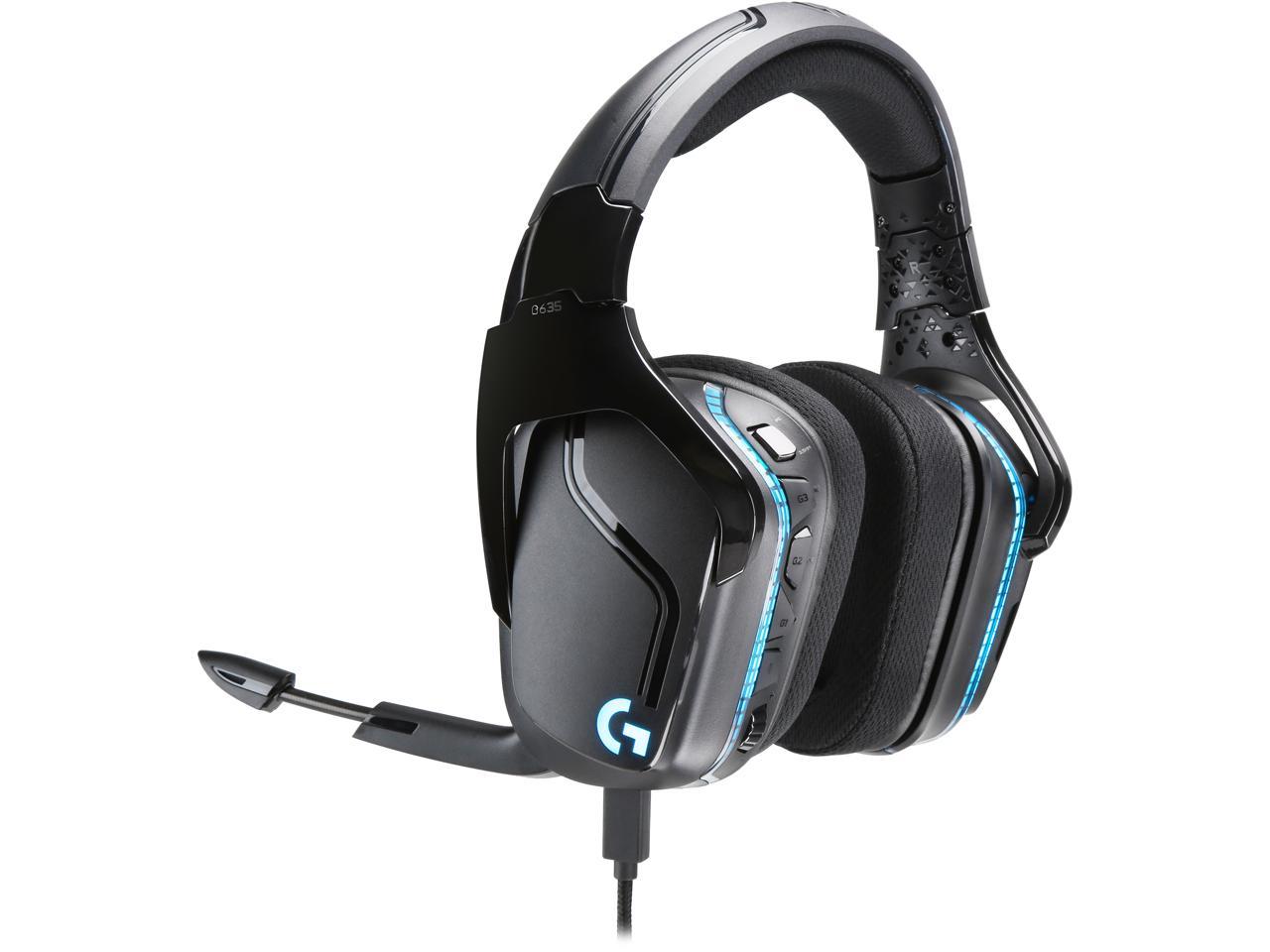 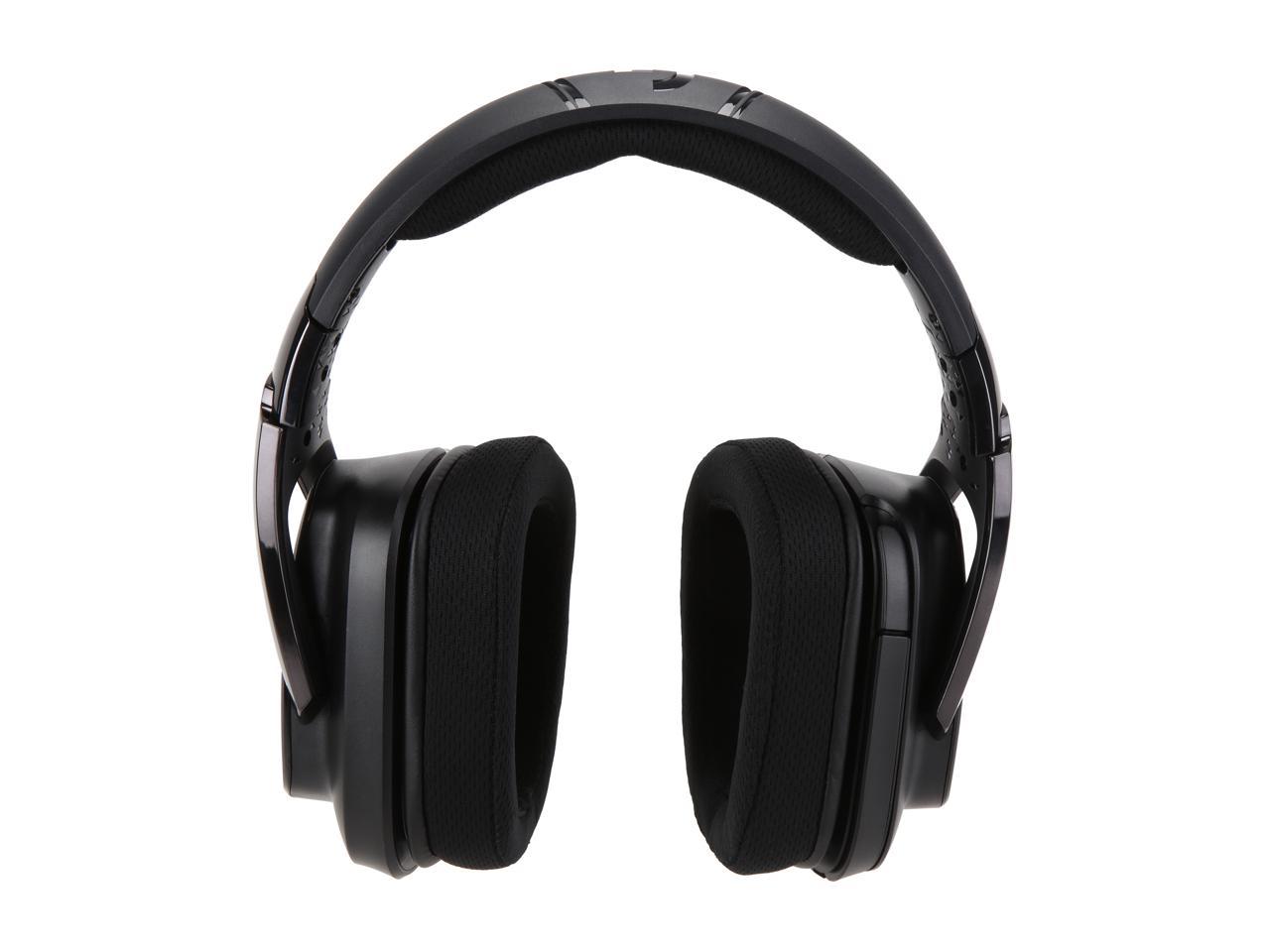 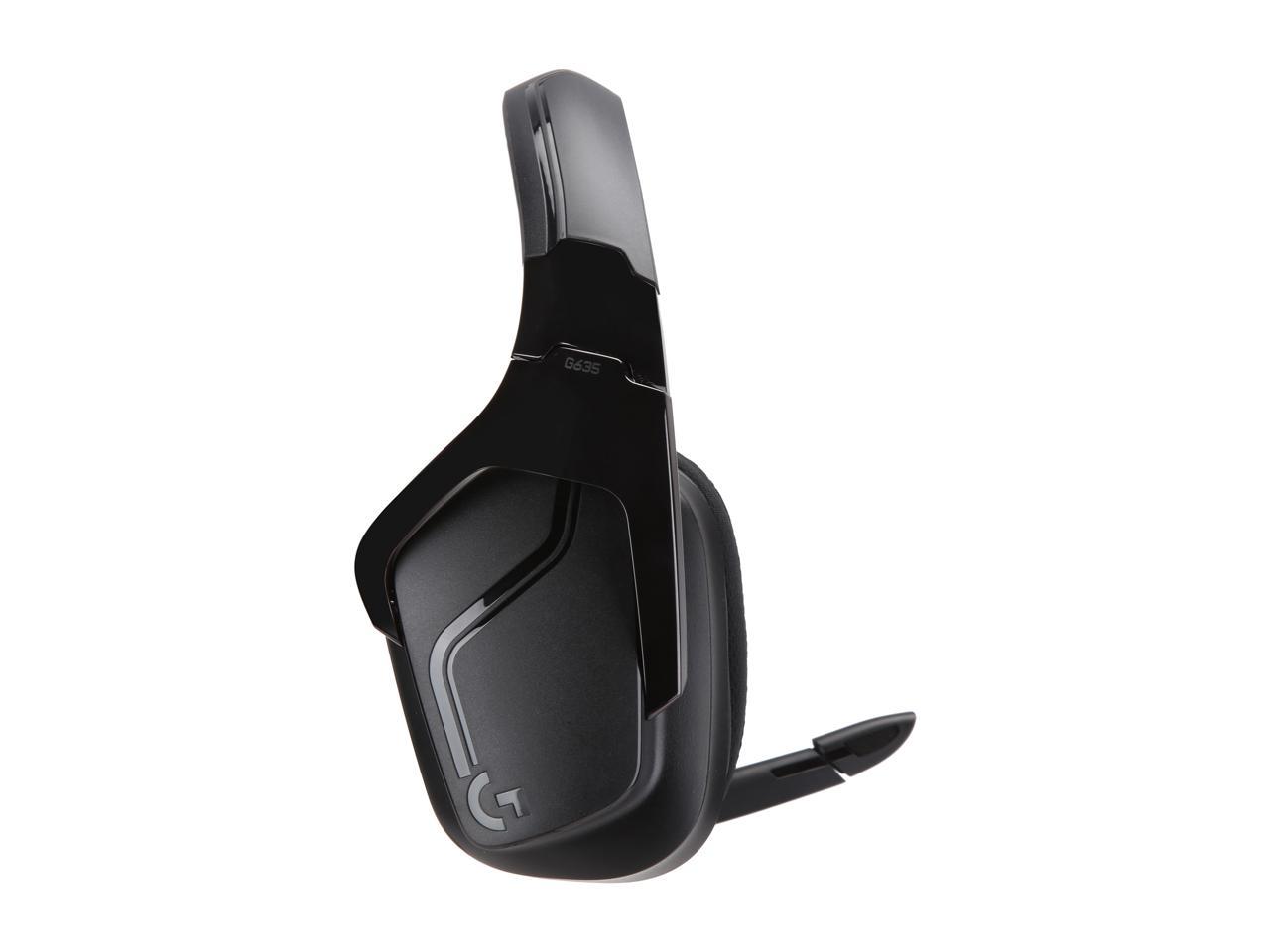 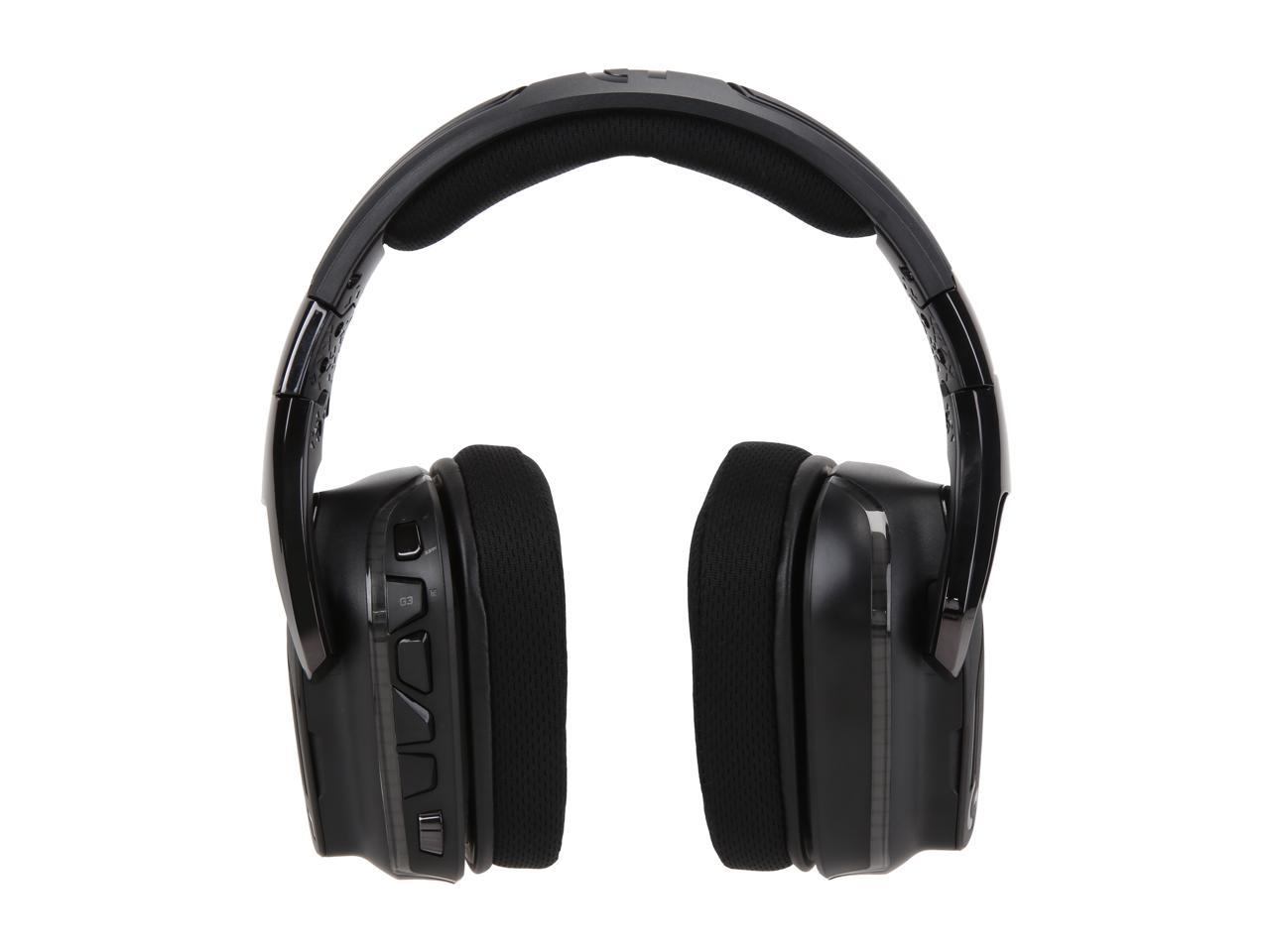 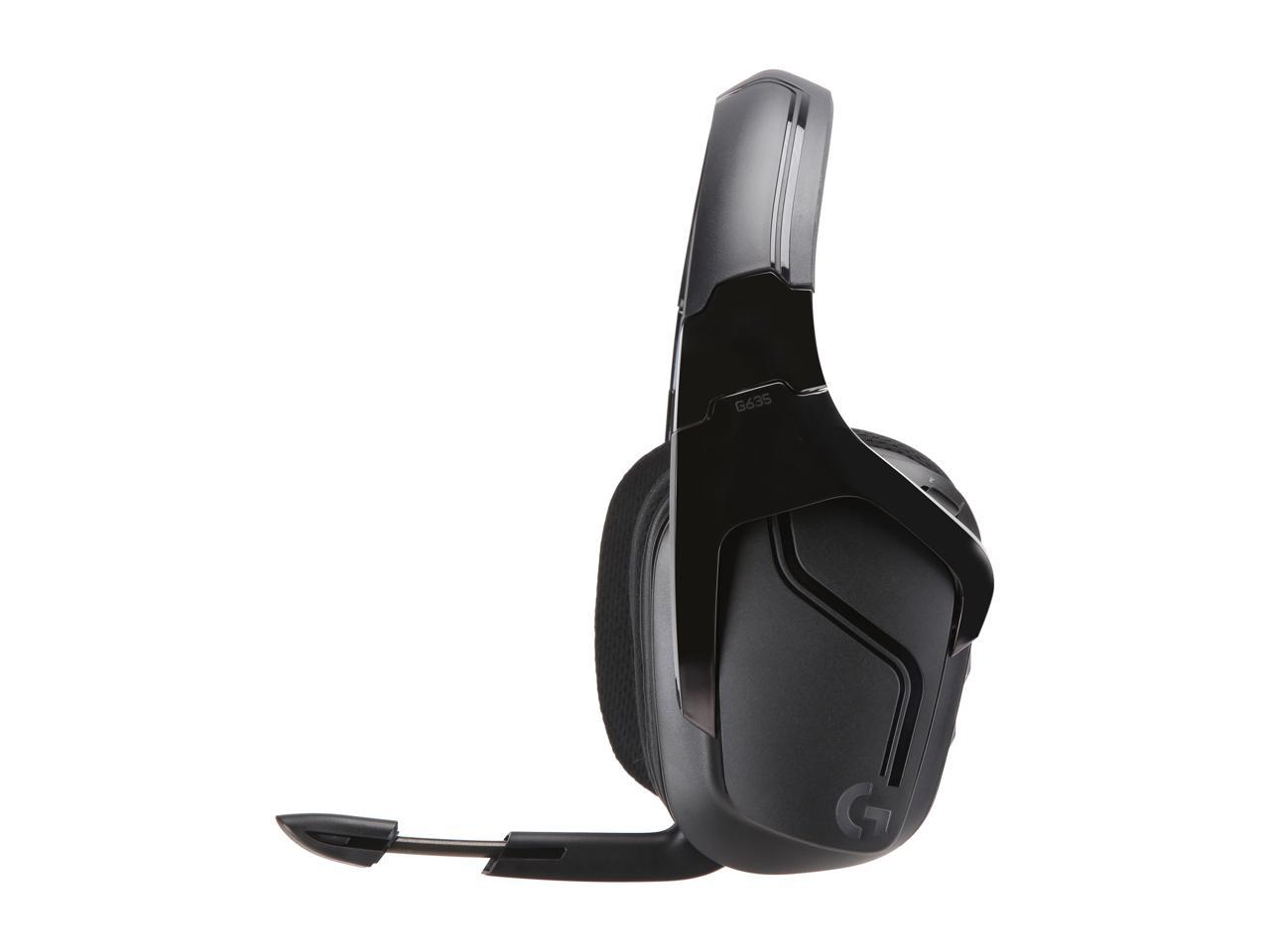 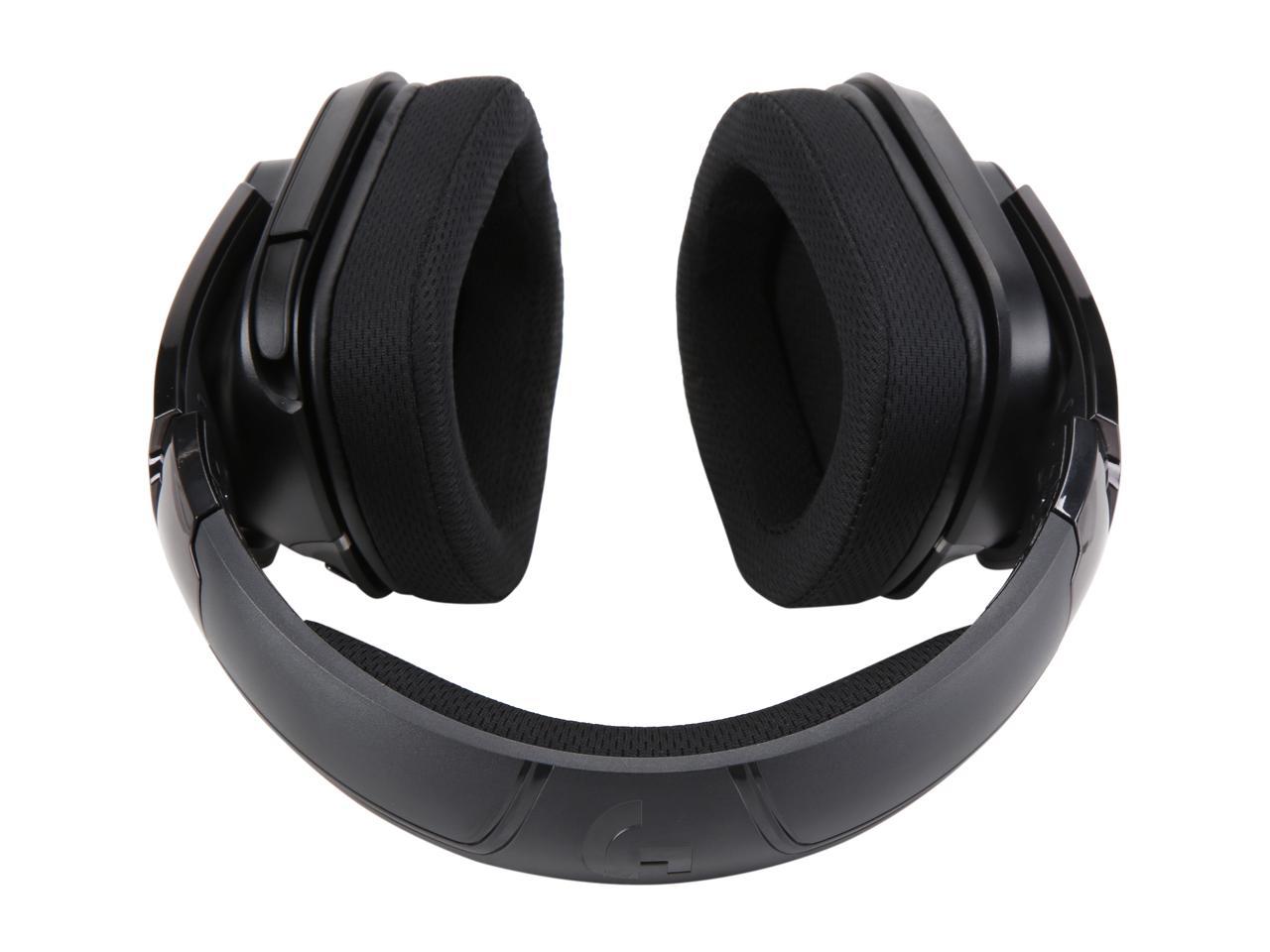 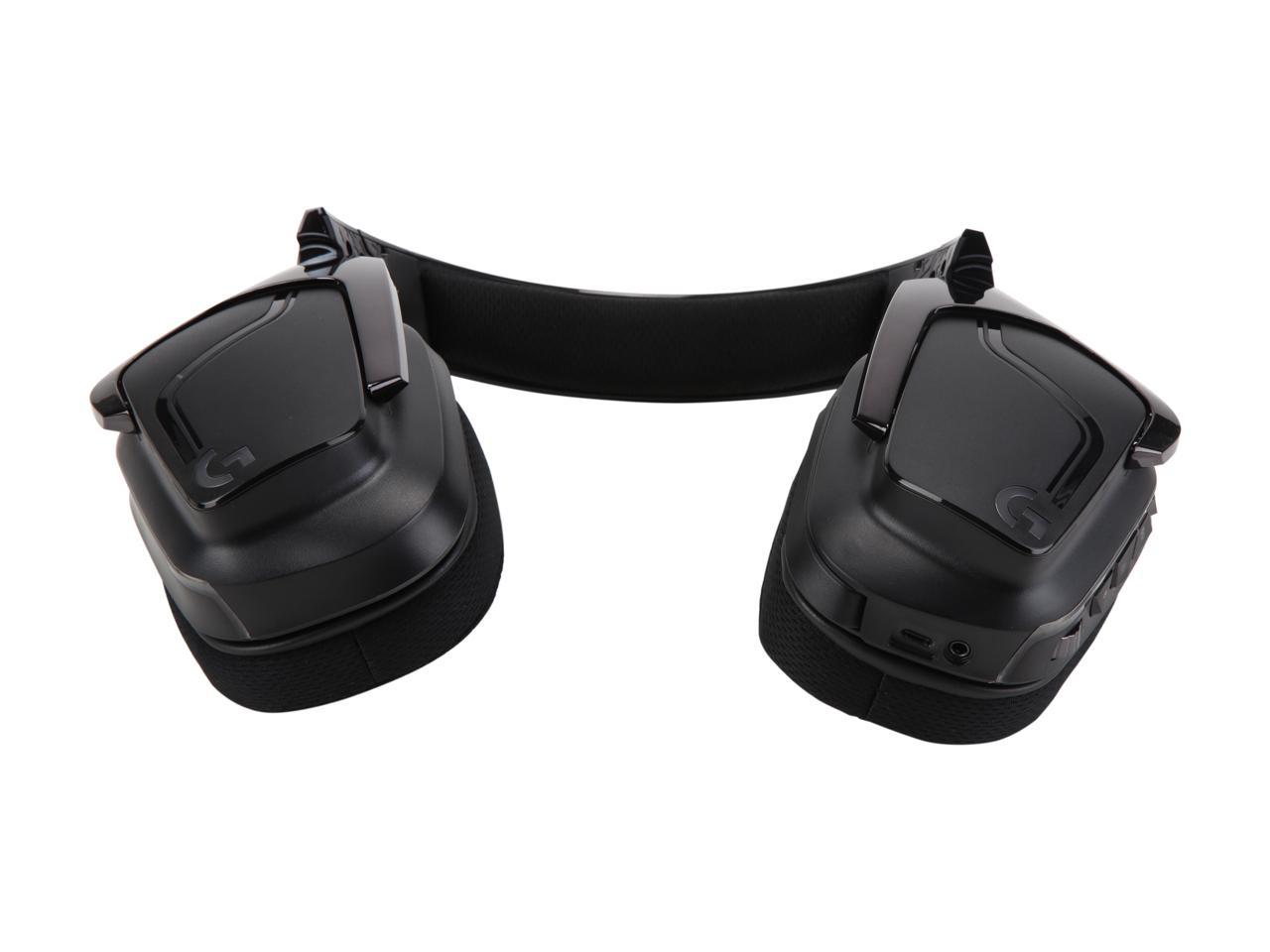 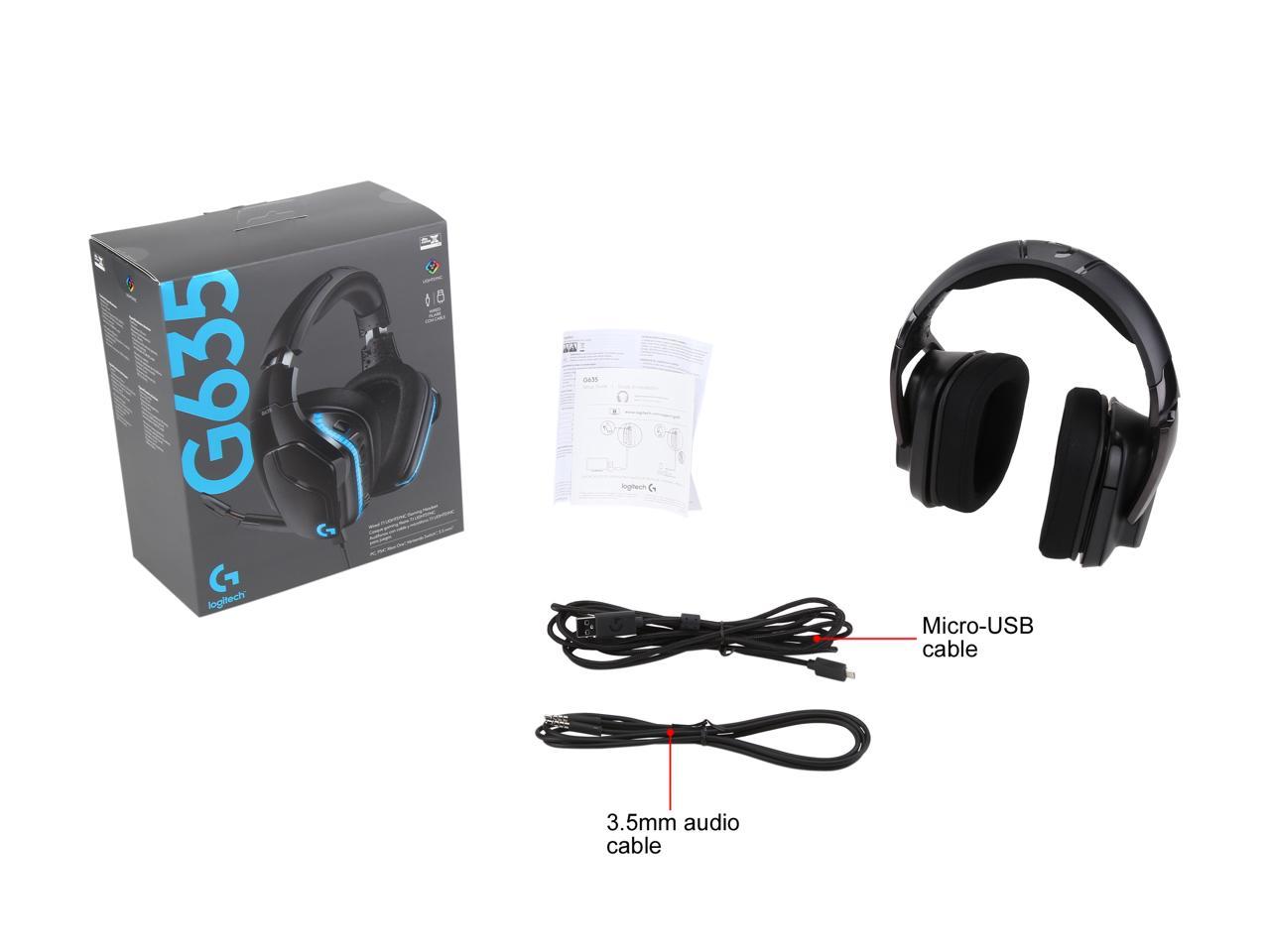 Learn more about the Logitech G635

Pros: Has amazing surround sound and the sidetone is nice so I am not yelling with them at a louder volume the mic can extend out nicely and mute easily by just flipping it up

Cons: Mirco USB has a super loose connection and causes the headphones to cut out randomly and make my mic get all distorted or not work at all, they are pretty heavy but not too bad unless you use them for a couple of hours straight

Overall Review: Overall I love these hopefully I can send these back and get some with a nicer connection so I don't have to keep dealing with it disconnecting

Cons: For some reason the cord isn't fixed to the headphones so after a few months the micro usb connection become poor and causes connection issues

Overall Review: Great head phones but, get the wireless ones it will be worth it.

Overall Review: I went from a pretty basic/cheap headset to this and everyone I chat with has commented on how much clearer my mic now is. It is very comfortable and the cords are both more than long enough for my set up. Highly recommend

Pros: - lighting is great and easily customizable through Logitech's G HUB application - sound quality is good; audio drivers are large - 3 customizable buttons on the headset as well as a mic mute button and volume knob (software controlled) - mic can be hidden if not in use - can be used either via USB or a 3.5mm audio cable

Cons: - a little heavy for my taste; clamping force is a bit high so wearing it for an extended period of time can be uncomfortable for some - distinct 'gamer' look; not exactly subtle - earcups are, in my opinion, unusually large (not suitable for mobile use) - the shiny surfaces are a fingerprint magnet - limited functionality when using a 3.5mm audio cable (volume knob does not work, lighting does not work, obviously the custom buttons do not work either, connection is a little flimsy as static could be heard when adjusting it) - out of the box, the earcup hinges creaked a bit (nothing that a bit of WD40 cannot solve, but worth mentioning as that plastic on plastic sound is uncomfortable)

Overall Review: Overall, this is a well built, but big, 'gamery' headset with good sound quality. It goes well with other Logitech products as it is consistent with their aesthetic. Goes well with my setup which is why I bought it. Logitech's G935 headset is mostly the same as this G635 one. The G935 has wireless connectivity (which I didn't need) and the earcups are leatherette instead of foam (Logitech calls this 'sport mesh'); everything else appears to be the same. I got a good deal on the headset during the holiday season and also had a Newegg gift card to use, which motivated my purchase.

Overall Review: This is one of the most satisfying headsets I’ve ever used. It sits comfortably over my ears and has noticeably high quality surround sound

Cons: The Logitech app for the headset to control lights is AWFUL and the logitech customer service is awful as well. Now my keyboard and mouse lights are off too...

Pros: Upgrading form an ancient Logitech G35. The design look of the headset is above average (each to their own). Love the RGB lighting although pretty useless if you can't see it while it's on your head. Sound is amazing compare to the G35 of course. The bass is noticeable stronger. I'm not a hardcore audiophile, but I know a thing or two of what sound good to the ear because I got a stash of cheap to pretty expensive headphone for its time in a basket. The sound isolation is superb (totally submerge when listening to music and nothing in the world maters). Also, it included is a 3.5mm jack if you want to listening to it your portable devices (bass not as good in this mode, but pretty good overall). This headset cup have room to swivel around which is a big improve over the G35. I got this model for the more reliability of a wired vs wireless. Logitech software for me so far is headache free installation. I've haven't got a single issue since the first day that I bought any of the Logitech product for as long as I can remember.

Cons: The cable connector is an ancient micro USB male to female from the PC to your headset. Micro usb known to have quality issue overtime because the connector can easily break if you often taking it on and off (preferred USBC at this point). Whatever you do, just don't sit on your headset because the swivel ear cup is not all metal and can break. The microphone don't have to be that hidden, but not a big problem because you don't want a mic sticking out if you bring this on the go. A big problem I have with Logitech headphone on the G35 they claim to be "leather" is sort of a pressed-on leather and will easily flake overtime. This headset is a mesh design but has what seem to be a flexible leather that stretch to secure the mesh cup. I just hope it's not that junk leather. Beware buying Logitech "leather" headphone. Wish the color is brush metal, black is so 2000.

Overall Review: This headphone is a great complement on my RGB rig. The only thing missing is an RGB power wire. There's always room for improvement. In a pool of other great headphone, Logitech must up their game. Logitech has been in the gaming and sound business longer than most other brand and I hope they stay in business for another few decade.

4 out of 9 people found this review helpful. Did you?