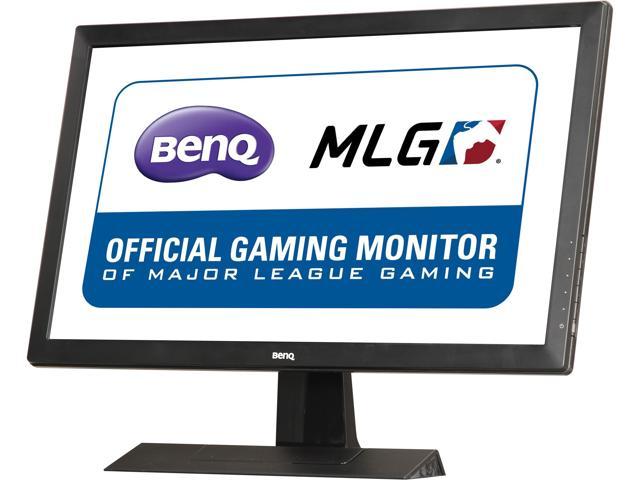 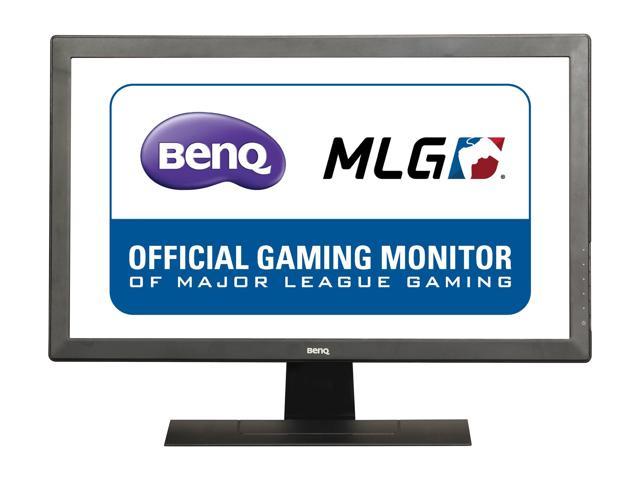 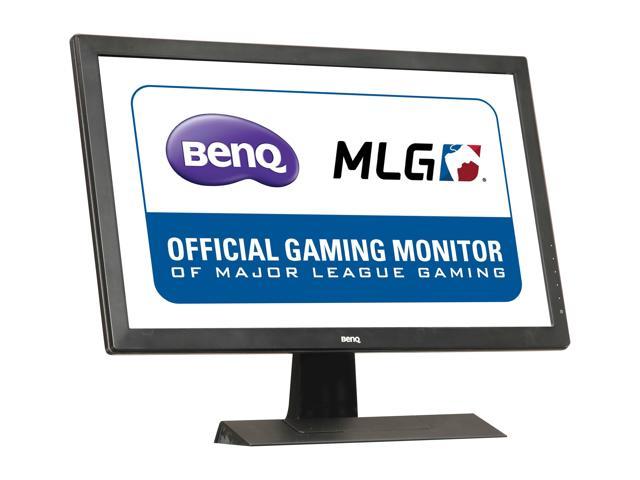 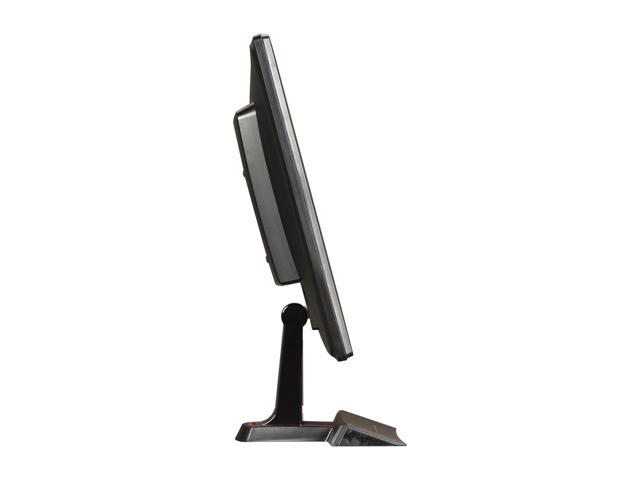 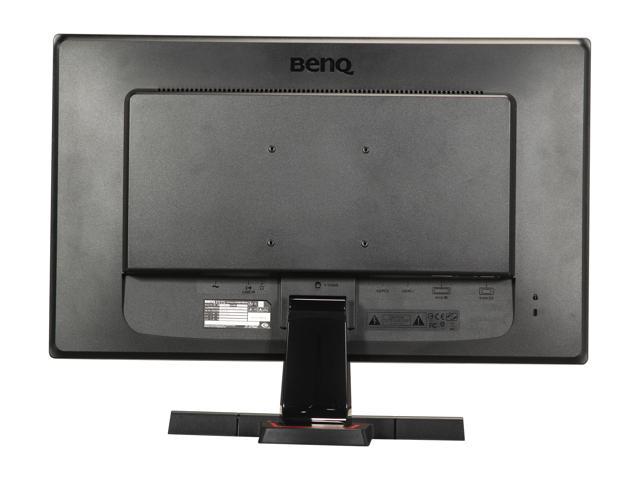 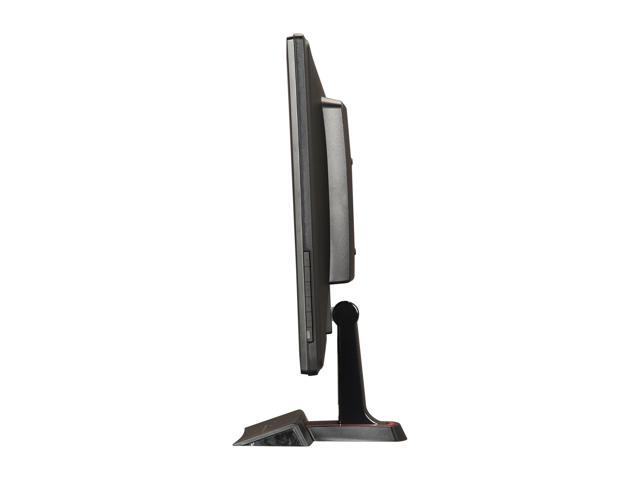 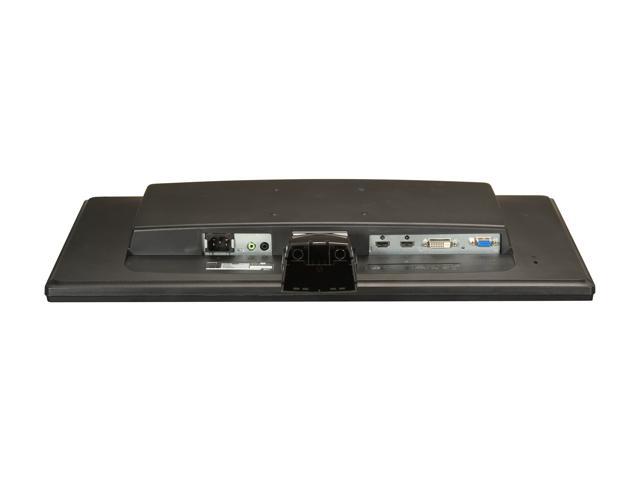 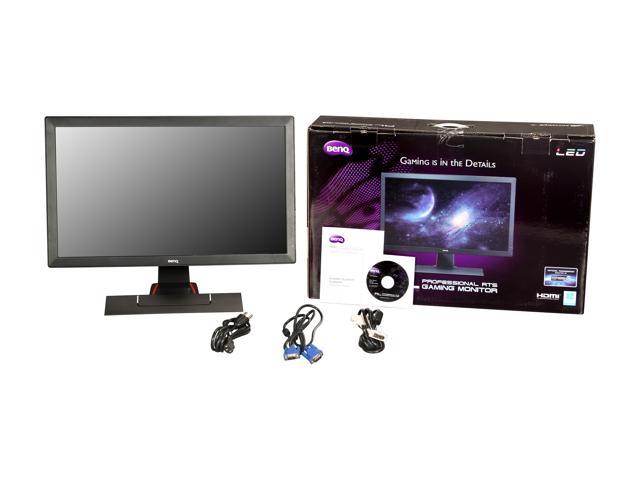 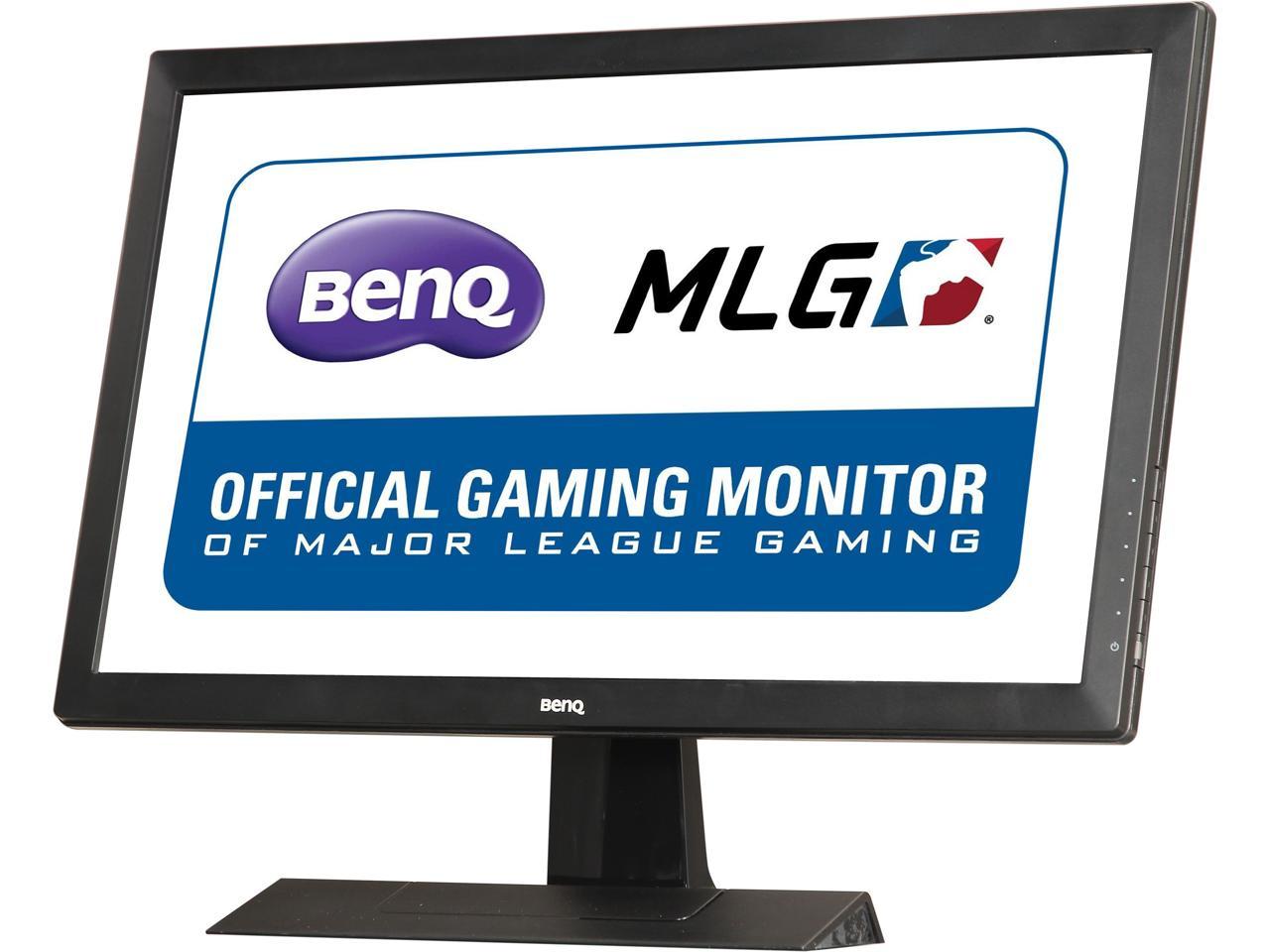 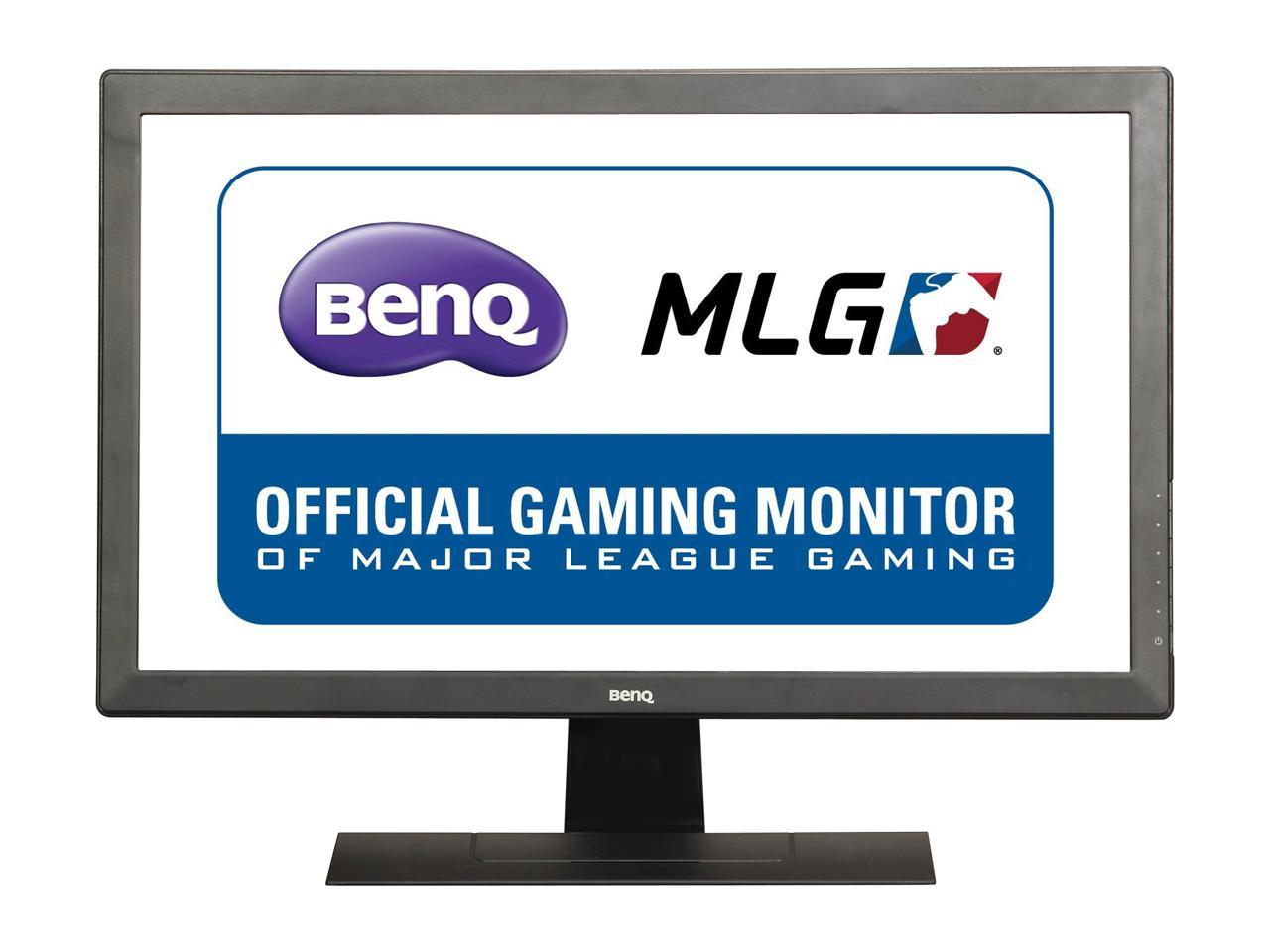 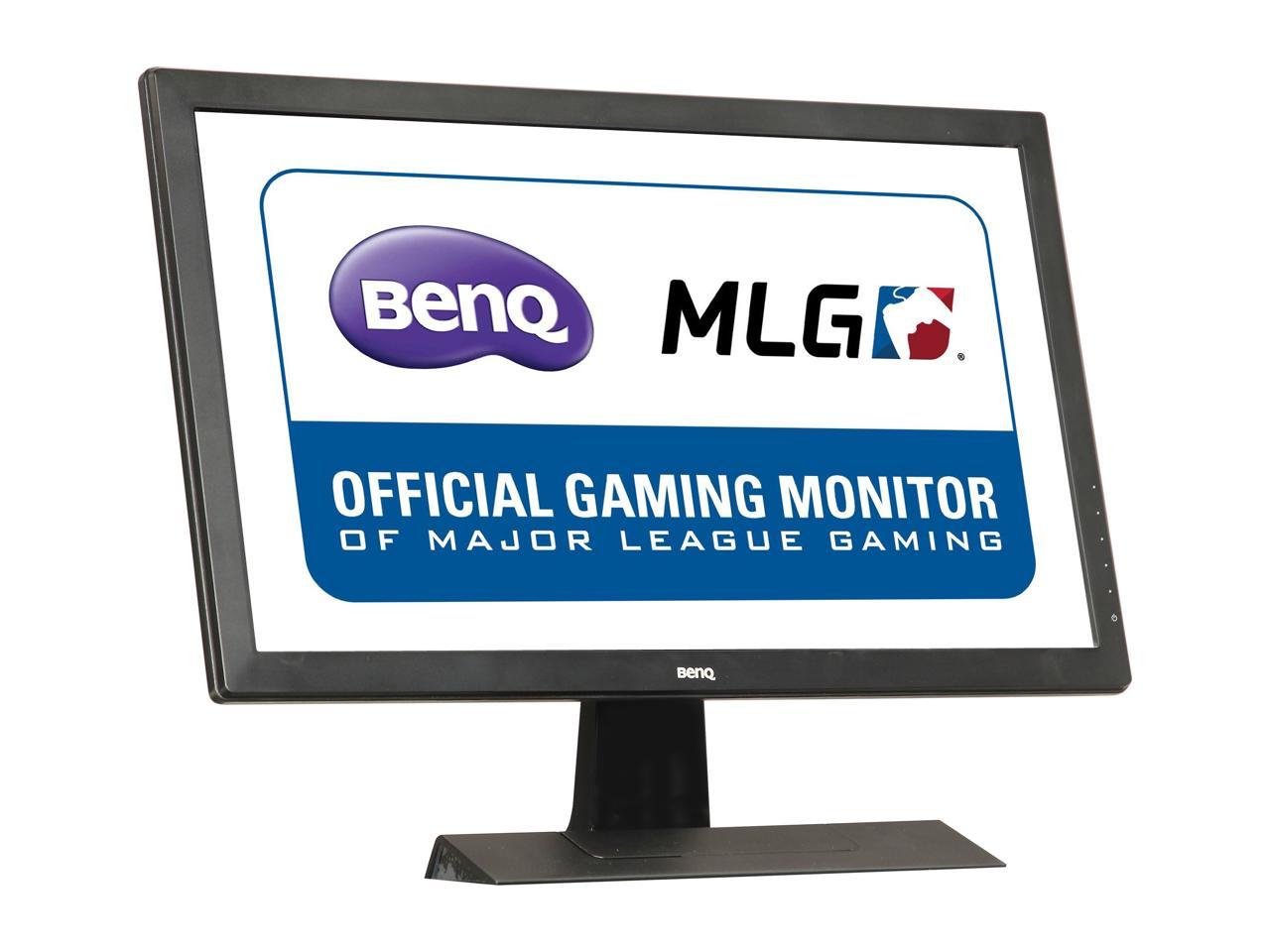 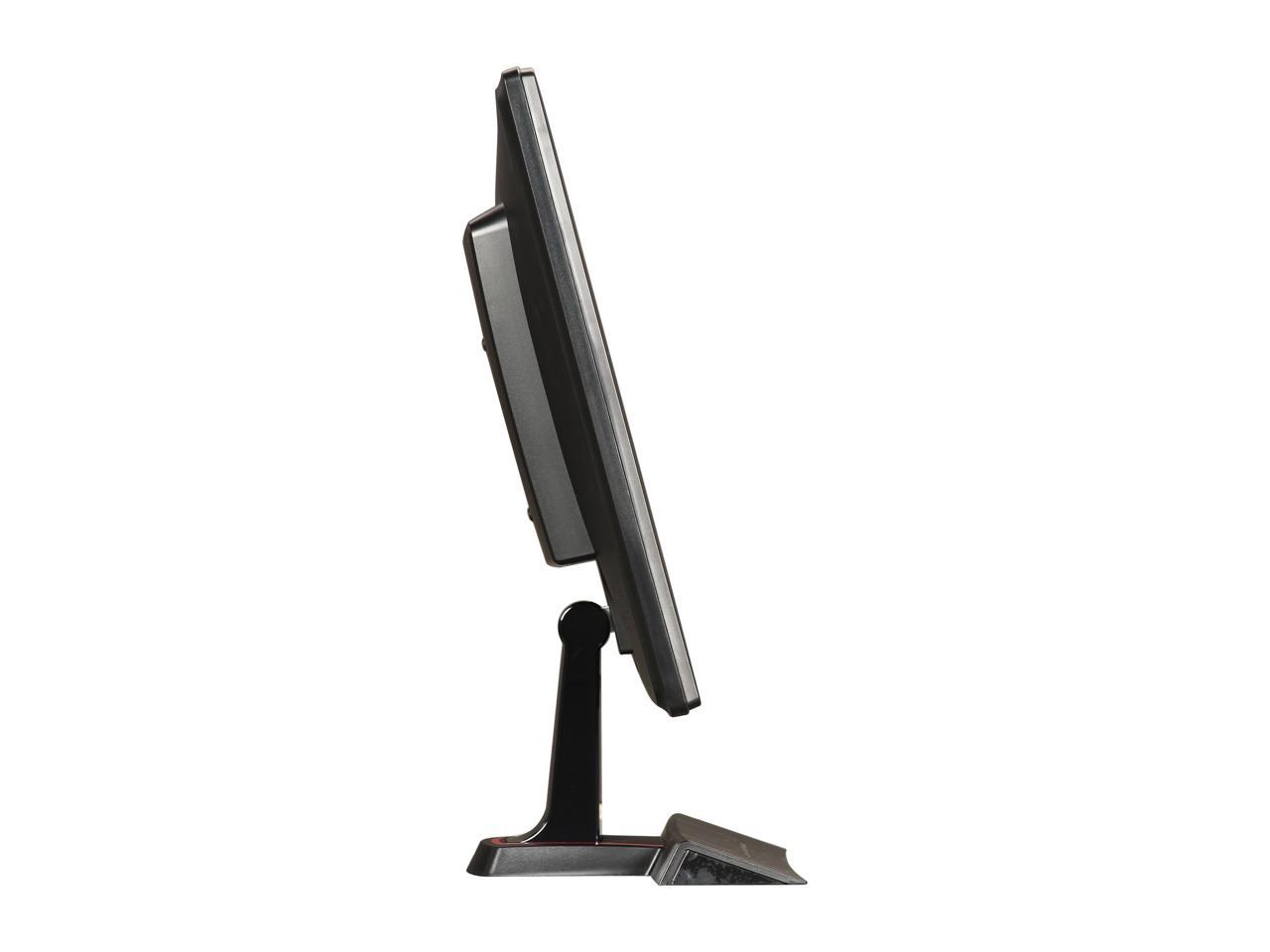 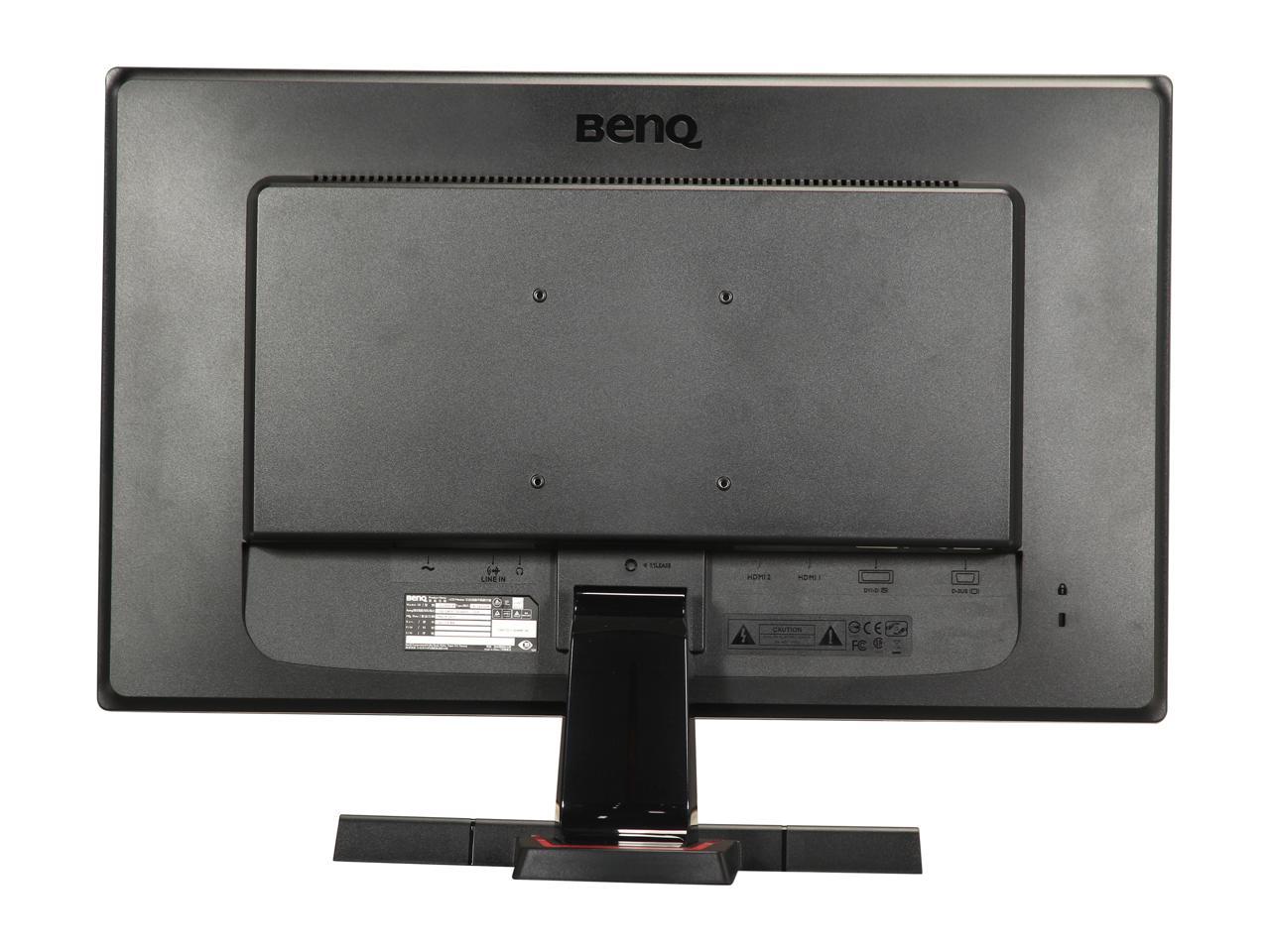 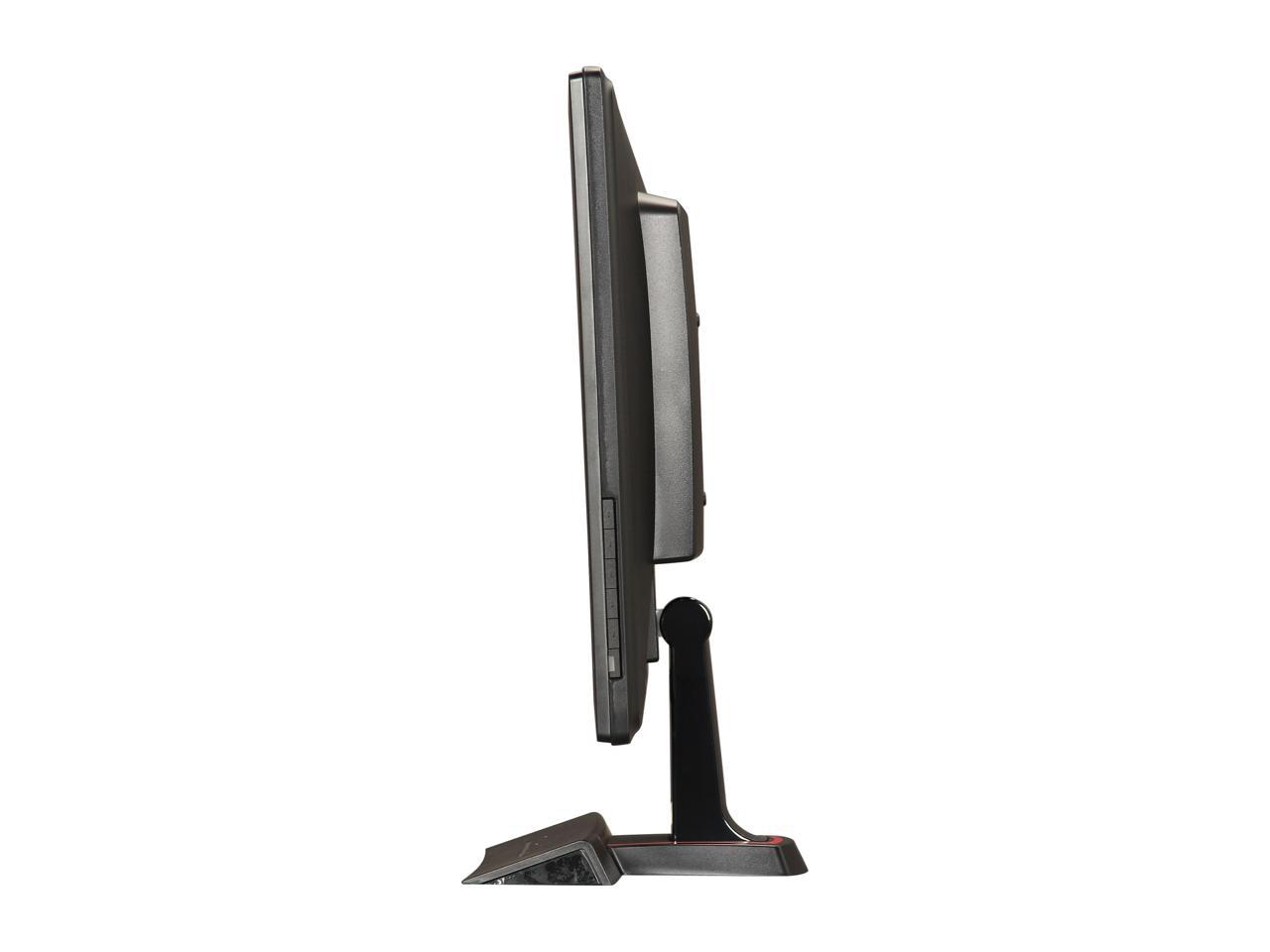 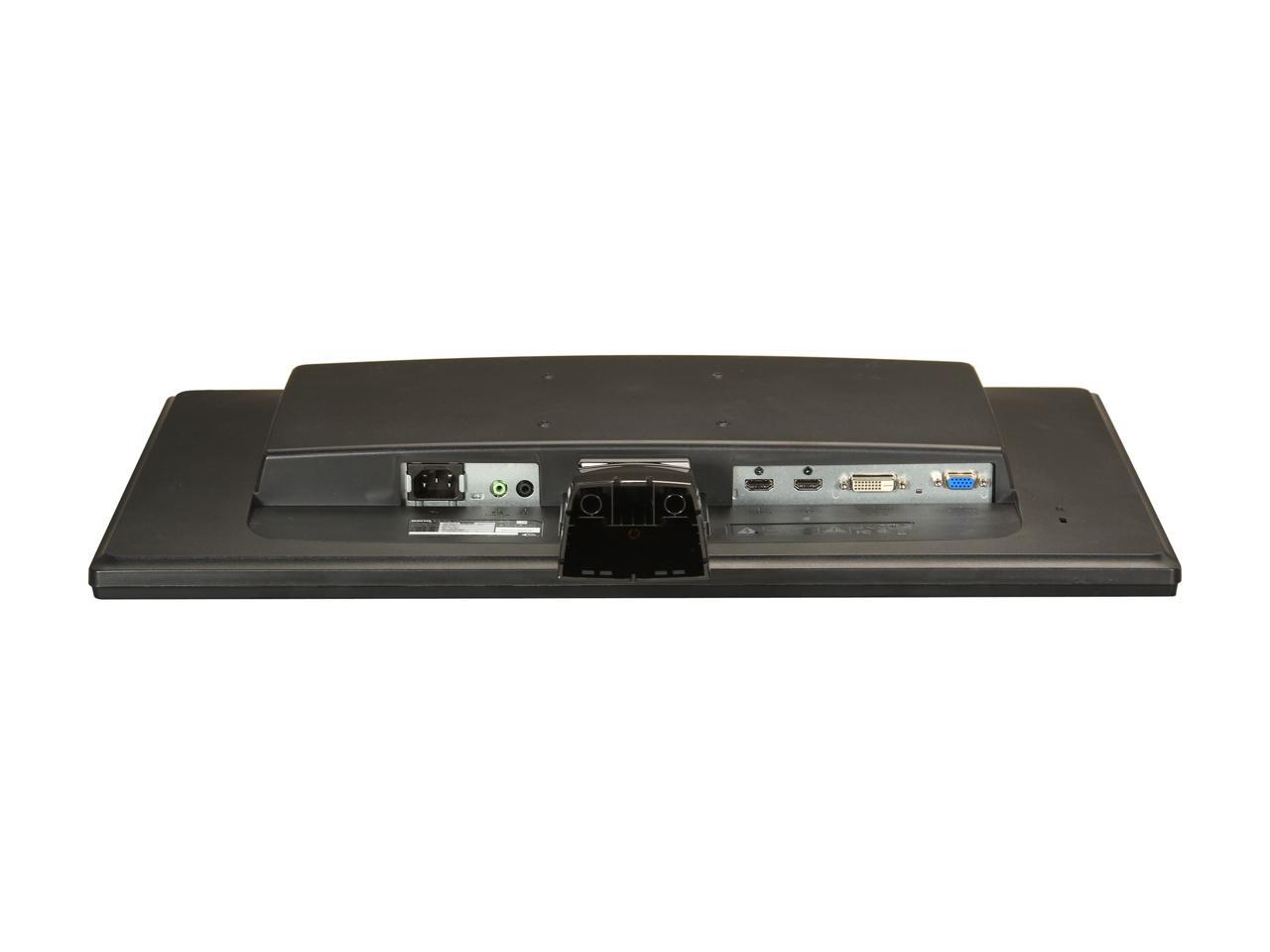 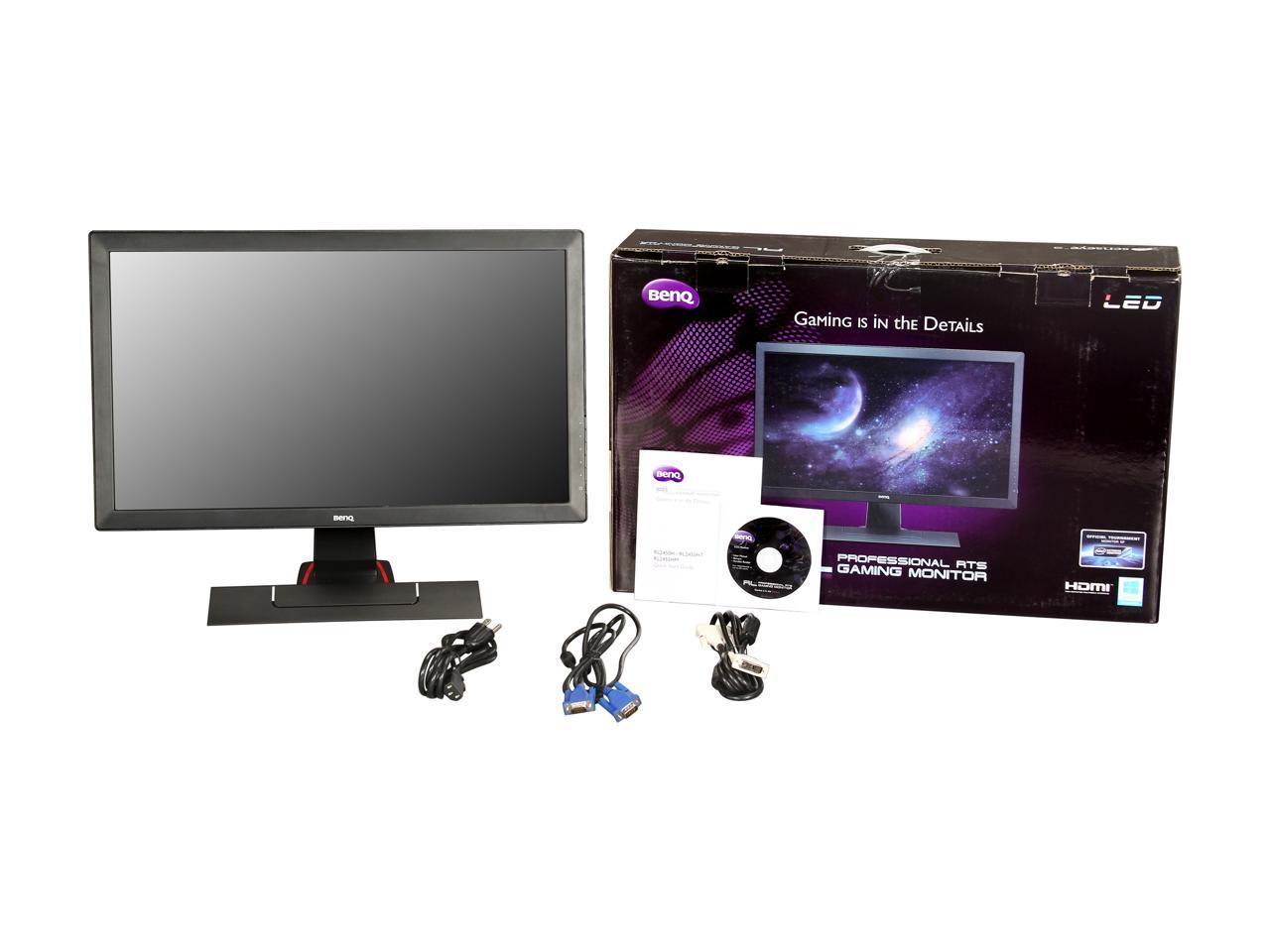 (70) Write a Review
OUT OF STOCK.
LOADING...
Overview
Specs
Reviews

Learn more about the BenQ RL2455HM

Pros: While most of the reviews and videos you can find about this monitor on the internet talk about playing a console or the technologically misinformed who use FRAPS to "show" you how awesome the monitor is. I am here to tell you that this monitor is awesome for PC gaming. Even for First-person-shooters, which is what I mainly play. Battlefield 4 looks good, League of Legends looks good, World of Tanks, etc etc. By good, I mean, fan-freaking-tastic compared to the 20" CRT I had been using for several years. This monitor has all the connections you would ever need...DSUB, DVI, and 2 HMDI ports. The pre-programmed display settings are great. You also have total control of the settings. If you need to, you can even scale down the size of the monitor from a 24" to a 17" view area. This is great if you do plan to participate in a tournament and will be playing on a smaller monitor. The 1ms GTG response time really shows, as does the flicker-free technology. The refresh is 60Mhz, but I have yet to see any ghosting or response/refresh issues in any game. Don't kid yourself, if you are used to a 120Mhz or 144Mhz monitor/TV, this picture won't be as "crisp". However, if you don't want to shell out $400 for a 24" monitor or more for a new TV, the $200 regular price for this monitor is fantastic. 60Mhz will never be as clear as 120+ Mhz. Who are you kidding though? You're looking at this monitor because you don't want to drop $400+ on a monitor to occasionally play games on. If you're only looking to play on a console, it won't matter anyways, because they only display at 60Mhz, which makes that extra $200+ just wasted cash. I will say though, that while this monitor is only 60Mhz, it looks as clear as the 75Mhz refresh rate of my old CRT.

Cons: The default display mode for the monitor is the pre-programmed settings called "RTS 1". This is great for gaming as it gives some extra brightness and pop to the screen and colors. It helps by making it easy to differentiate similar colors. However, it is a little bright for normal computer use in a medium-dimly lit room. --This is easy to fix by programming one of the buttons has a hotkey to change the display mode. Thus, no mark off on the egg-rating. This monitor does have 2 small speakers. They are in the heat/air grill along the top of the monitors back side. I am pretty sure these speakers are more designed for a low-end laptop. I did connected and play some sound through them... They exist, they work and if you really need something, they'll get you by. They are too small and shallow to produce any bass and with their placement, the sound can be a little off or echo-y. I didn't mark off any eggs in the rating for their either. Why? Because I have a nice Creative speaker & subwoofer set and for other times, I have an awesome Plantronics gaming headset. I don't have any reason to use the monitors speakers. Also, because they are speakers in a $200 LCD monitor. This isn't a Sony, Vizio, Samsung, or [insert TV manufacturer here] HDTV that's going to sit in your entertainment center and be your sole source of TV and video games. --Sure, maybe you can get a small HDTV for ~$200 that might have better sound, but your computer games will never look as pretty as they do on this monitor. The only other downside is that it is labeled as "Red and Black" and from the pictures, you can see a little red on the base. I think it would have been nice to have a little more red somewhere, but that doesn't really affect what you really want this monitor for.

Overall Review: There are a LOT of monitors out there in general and there are not always a lot of reviews. I had a hard time finding a PC gamer-type review of the monitor or a video displaying PC game play. What I will tell you is that they do exist if you search youtube for RL2455HM and BenQ has HD videos for some very similar monitors as well. I spent many hours looking for the right monitor. I am a gamer and I wanted something that was going to work well, but I don't always have wads of cash to spend on fancy monitors. I believe I made a great choice and I do not regret the decision on bit. This monitor is fantastic. You can set your own display settings, but I've found RTS1 works great for any game I've played, whether its an FPS or RTS.

Pros: For all the people that said that this is only for gaming, I disagree. With every monitor that you order, it takes time to go through the settings and find out what your personal preference is/are. I play league of legends and Diablo 3 and both games look amazing on this monitor. I have had 0 lag in the last couple of days playing on this monitor (6-8 hours of gameplay a day). I know a lot of people go and try and find how people have their settings set up, so, I will provide mine here: Picture mode: Standard Brightness: 90 Contrast: 80 Sharpness: 5 Gamma: Gamma 5 Color: Normal As I stated above, these are my personal favorites so far, I still continue to mess around with my monitor and adjust things to see how I like them. Lastly, I have been a die hard user of asus monitor's in the past, this monitor for the price (paid $180) blows a way any monitor produced by asus at this price.

Cons: The only thing that I would have to say that I have not figured out would be: when using facebook chat or skype, the blues are a lot lighter, it could deal with how I have my picture colors set up in the normal instead of going into user mode and changing them myself, but I like how the normal looks, especially for gaming. Again, this is not something that I really care about but, if you need something to complain about, this is it. You cannot say this monitor does not blow your mind when you set it up and use it for any type of gaming.

Overall Review: Do your research on monitor's before your purchase one. There is a reason why site's have offered reviews on products. Also check out tom's hardware and other websites to see what people have recommended. I wish newegg had a message system or something like that because I would definitely be willing to answer questions people have about this monitor. Hope this reviews helps you out when it comes down to buying a monitor.

Cons: The picture quality is not the best, but this is great for gaming.

Overall Review: The response time on this monitor is awesome. I didn't believe that a monitor could make such a difference until I bought this one and am now a believer. This is a great monitor for the price.

Pros: Amazing performance so far. Very hard to tell the difference between this and a higher rated 120hz monitor. 1ms response time makes things insanely smooth. Great price to performance ratio. Felt like an absolute steal with its sale price of $189.99 + the 10% off coupon it had. At its sale price I'd say its easily one of the best in the range. Black eQualizer is perfect for darker games like Battlefield 4 on Operation Metro, or Bioshock Infinite. Details you may have missed before stand out really well.

Cons: A tad bit wobbly but by no means bad. It'll only wobble as much as my desk will and not much more. The menu will confuse you and make you think the monitor will constantly revert to its default settings which aren't the best. It has a setting thats called AMA which to me, only provoked ghosting and white "trails" on moving objects. Turning it off fixed the problem. Its factory settings are dull and by no means will it match a IPS monitor for color. However upon tinkering with them and learning how the menu works (I skipped the instruction manual) I had my settings just how I liked them and was satisfied with the results. In short, factory settings and build are pretty good. May not be picture perfect but not worth knocking off an egg.

Overall Review: Overall I'm impressed. This is my first BenQ monitor and I was curious to see what made them so sought after. For my first purchase I'm surely impressed and consider it a solid upgrade over my faithful but aged Samsung 24 inch which reached the end of its lifespan. I try to purchase based on things that will last, and for starters, this monitor seems like it'll server me just as well if not better.

Pros: Arrived fast. It's big, clean and crisp. Started working as soon as I plugged it in.

Cons: The factory default display settings are set to 'real time strategy gaming' and it's horrible. I cried for a while thinking I bought a bad monitor with all the shadows, outlines and ghosting - but it was just the default settings. I put it into standard display mode and turned off some of the advanced render options and now it's excellent.

Overall Review: If it stands the test of time then I will buy my next screen from benq. Very happy with this one after setting it up.

Pros: -Definitely a bargain monitor when on sale -I upgraded from a 21" so the extra screen real estate is extremely nice -Very smooth and crisp picture watching HD video's and playing games

Cons: -When colours fade from or to black there's some pixelation of the colour it is fading to or from -Monitor menu buttons are located on the right side of the screen which is kind of annoying for people with multi monitor setups considering your other screen's may block access to the buttons -Default picture setting was pretty bad, but changing it up fixed it no problem

Pros: The picture on this monitor is just fantastic. The color is wonderful. It has no dead or stuck pixels. 1ms response time. very nice.

Cons: No display port. The monitor height is not adjustable.

Overall Review: This is the second Benq monitor I've bought, and I must say that they will be my preferred brand for any future monitor purchases.

Pros: Good Quality, No Glare, and The response time has changed my gaming!

Overall Review: If you're on the fence on what monitor to get, it's this one. Will Buy again!